Stalking the Worm Wrangler and Sidekick


I was shocked to realize
that four years had gone by
since I last visited Calgary.

Immediately apparent was the fact
that Barb's conehead kitties had become cats. 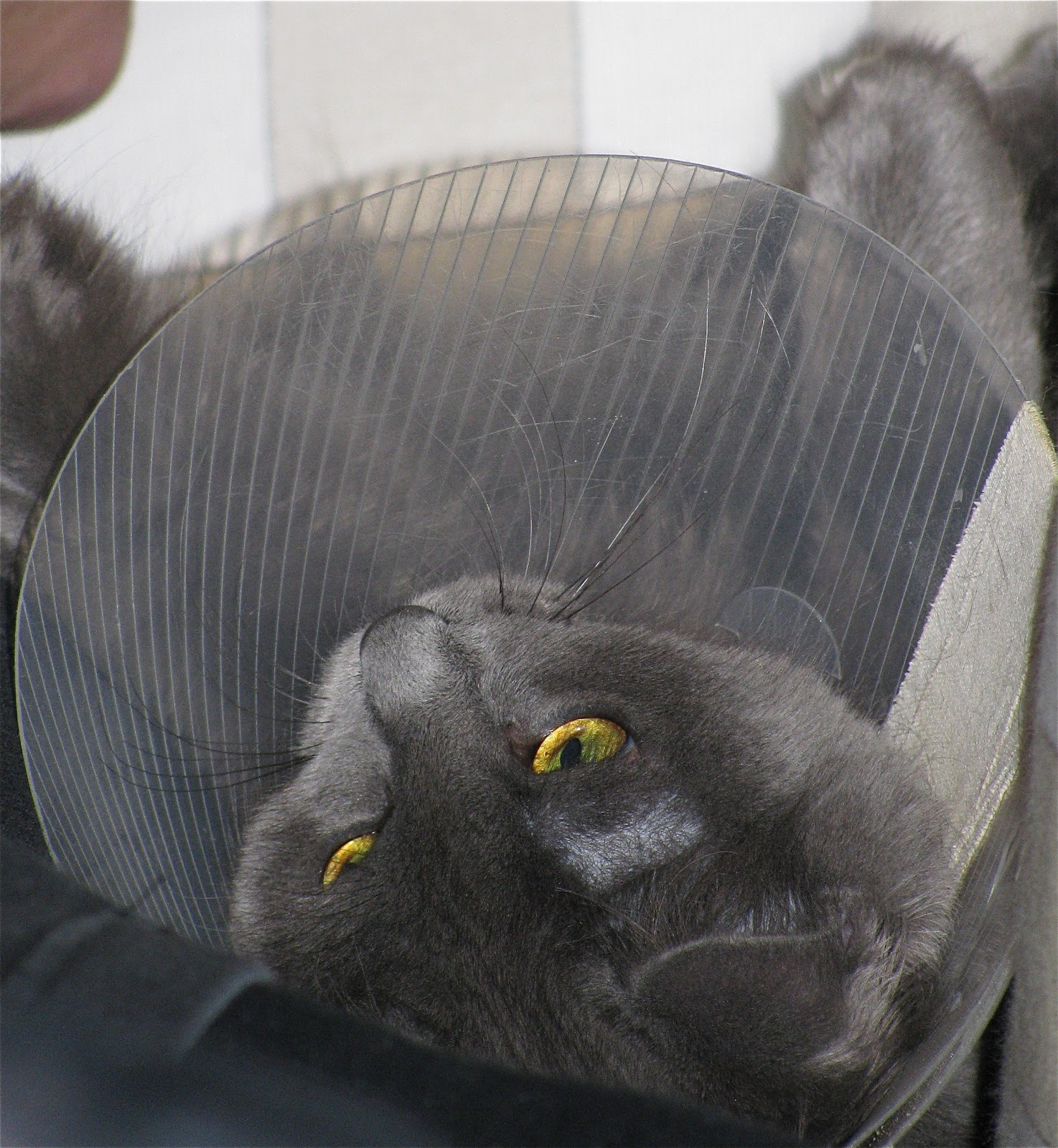 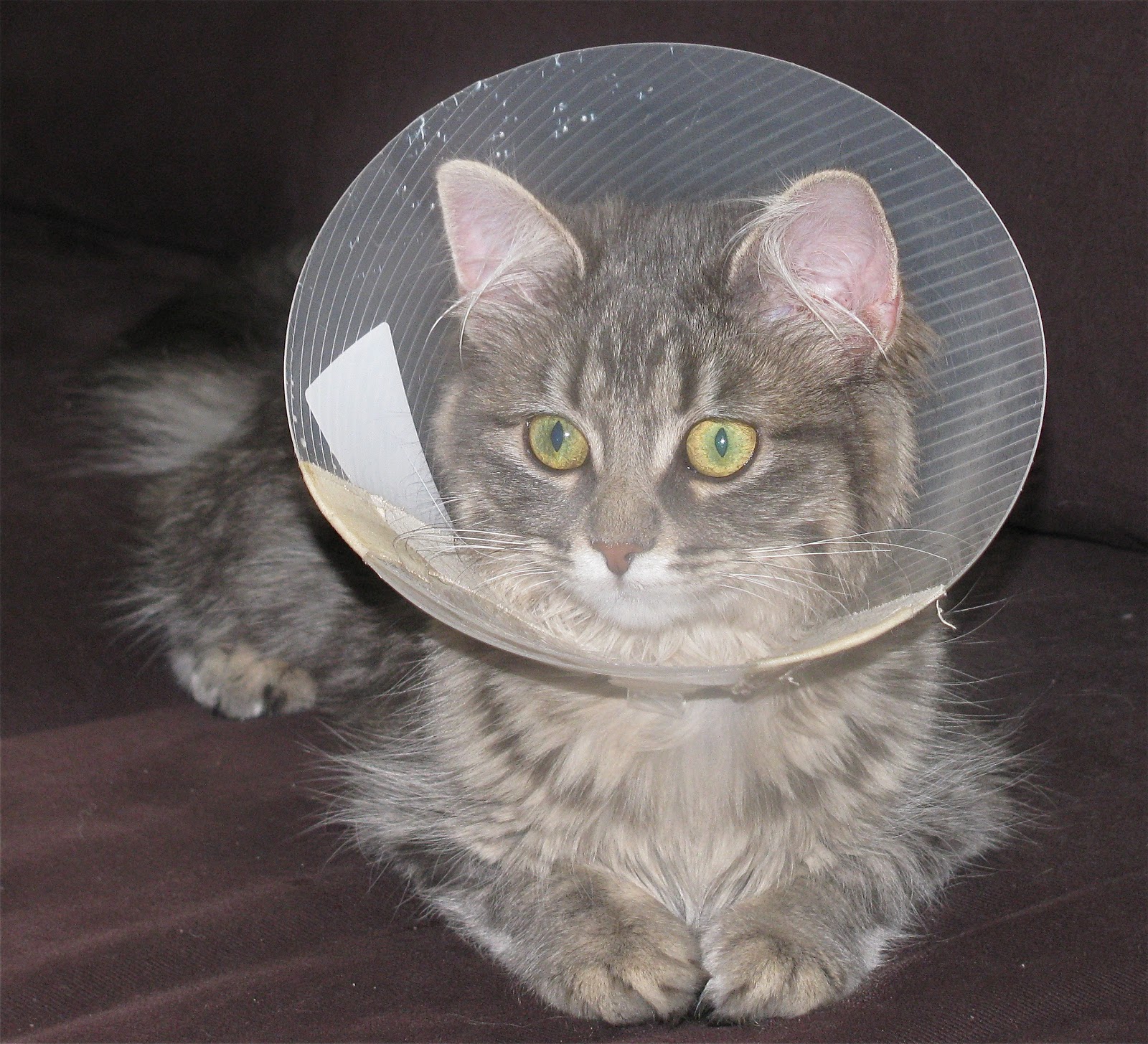 Now they were grown up girls,
and I longed to hold a soft, warm, cuddly, purry kitcat! 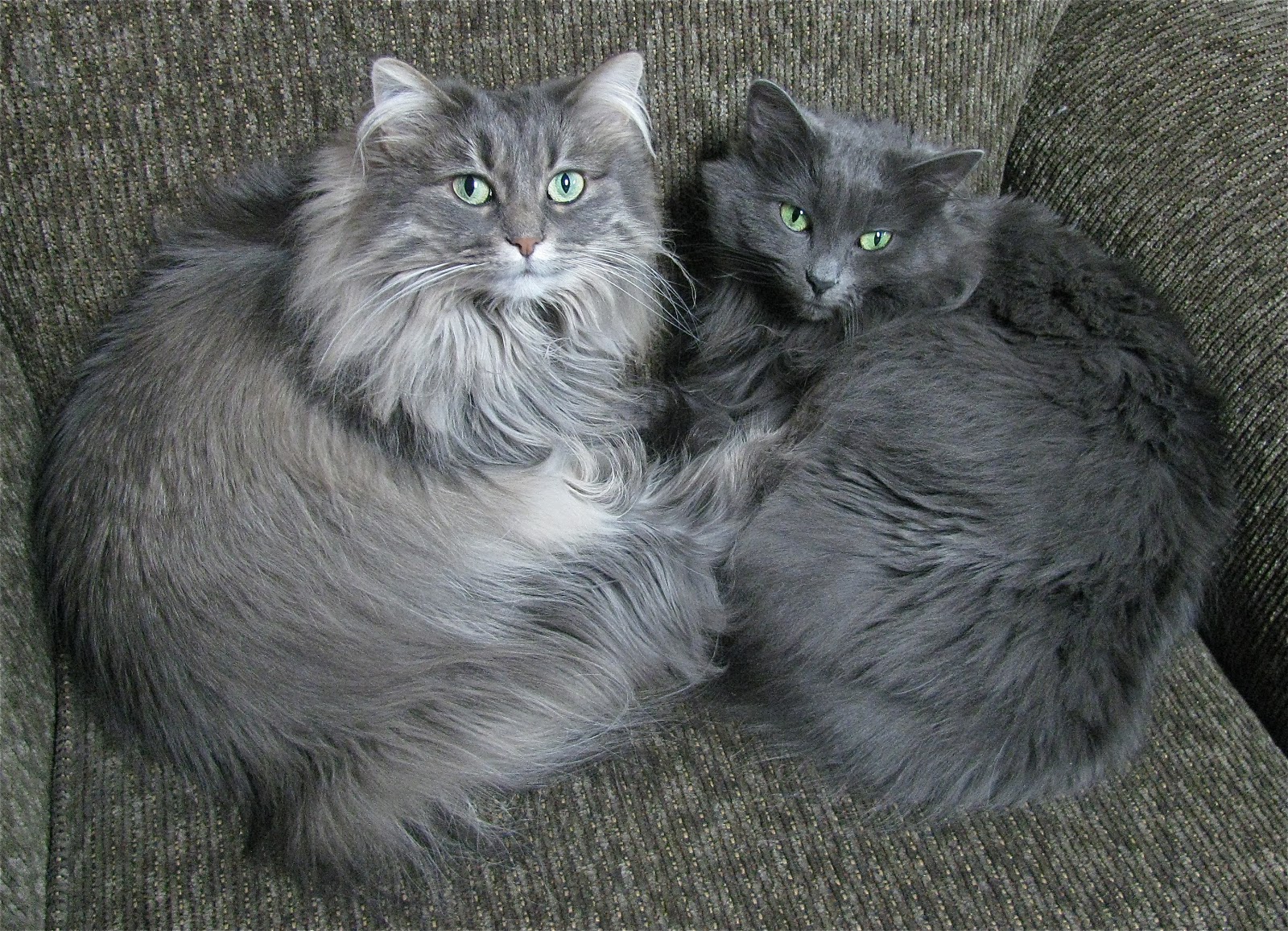 I come from a catless home.

Fact:  Cats love Terry!
Fact:  Terry does not love cats!
(Well, once in a while he tolerates them.)

I have always loved cats! 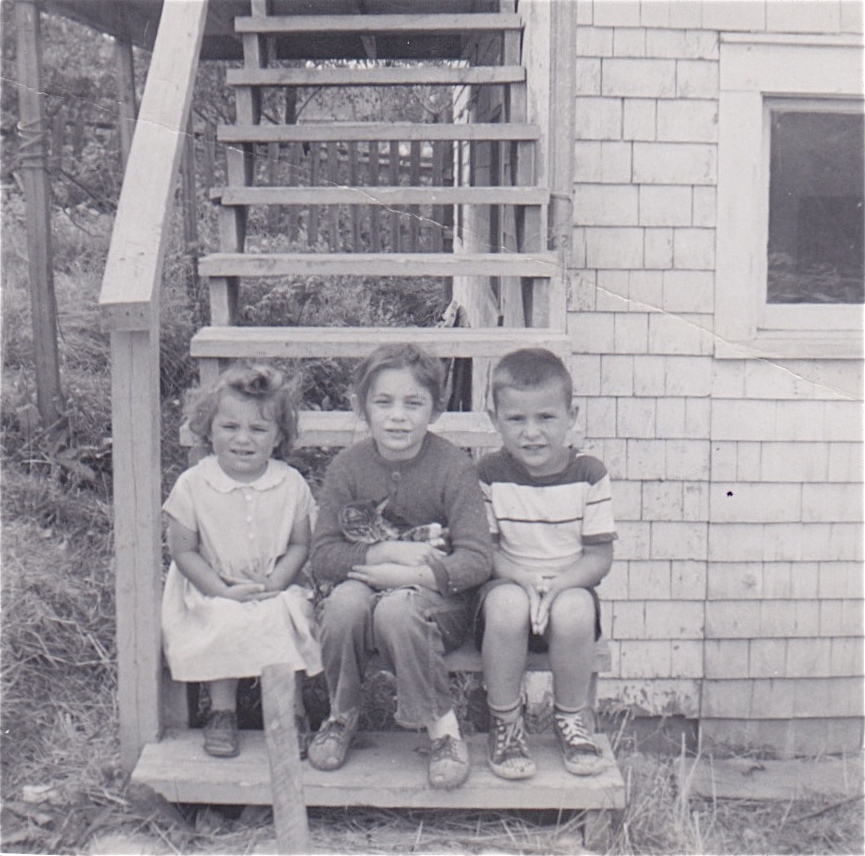 Terry doesn't like much about cats.
They claw and scratch the furniture.
They climb everywhere: up curtains, on counters, into closets.
They have litter boxes and bring you mice.
They run your lives.
He doesn't care how soft, warm, cuddly, and purry they are.
He is not the Ever-Patient with kitcats! 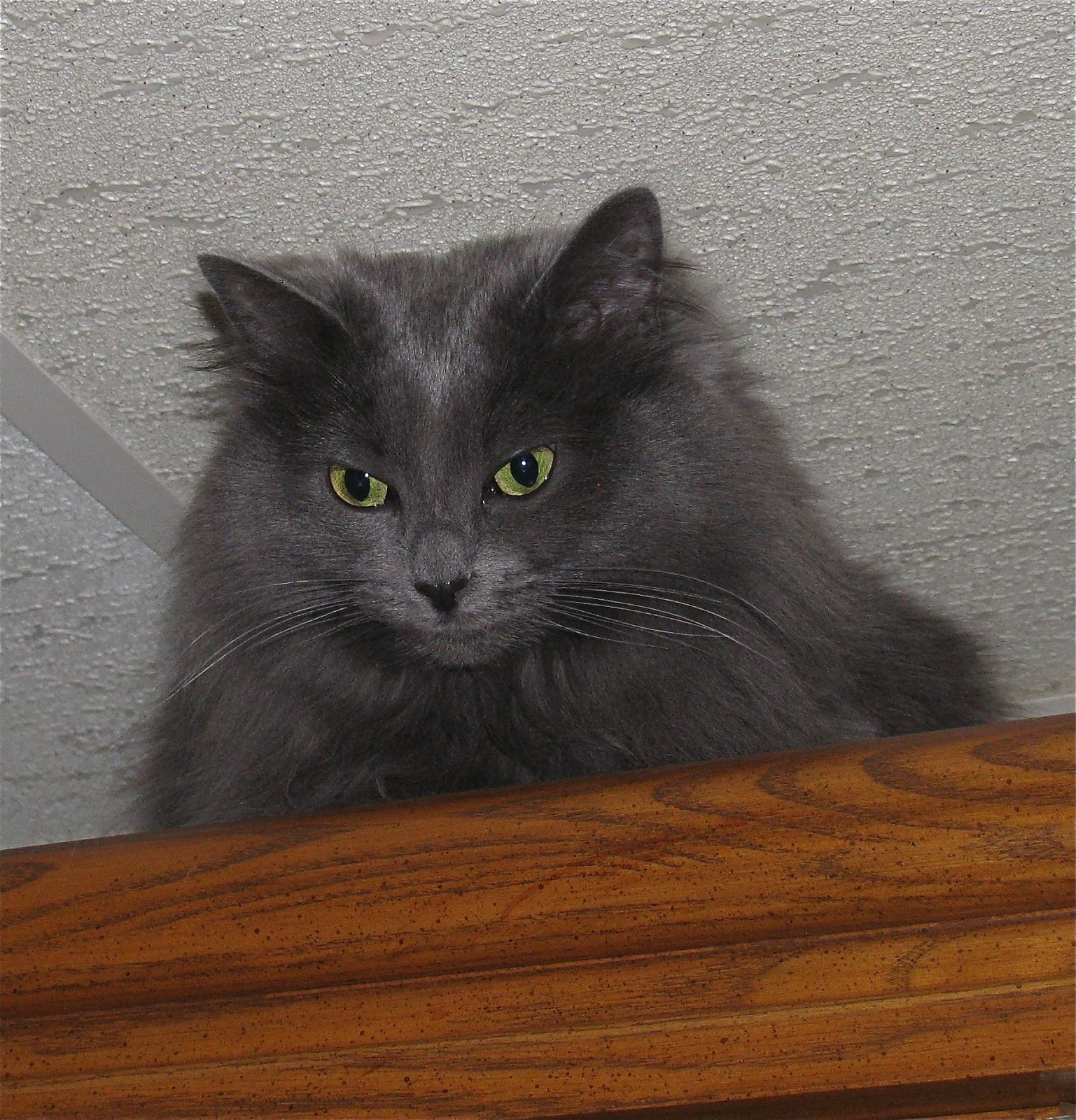 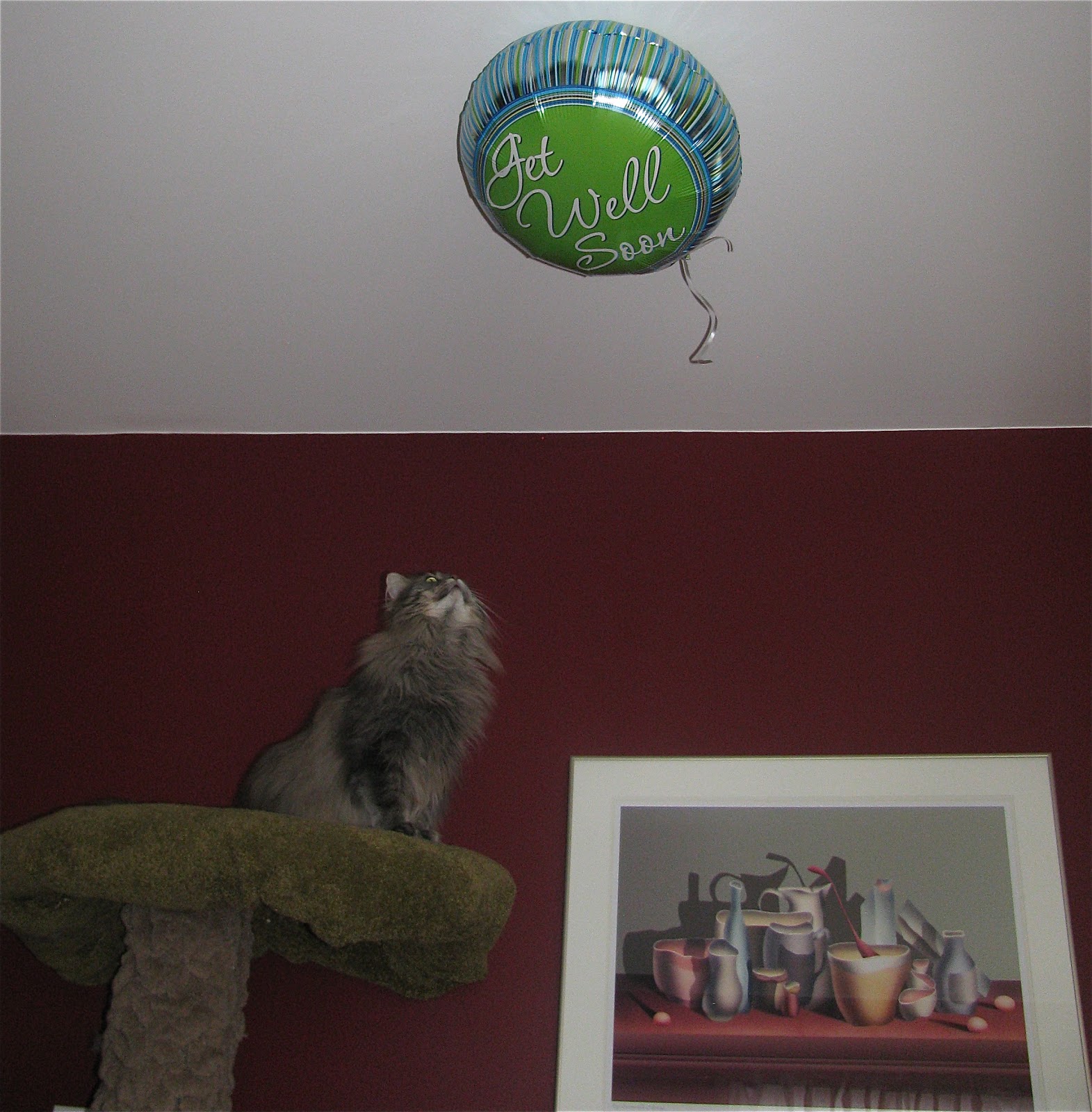 Really, Girls?
Do You Have to Help Terry Out? 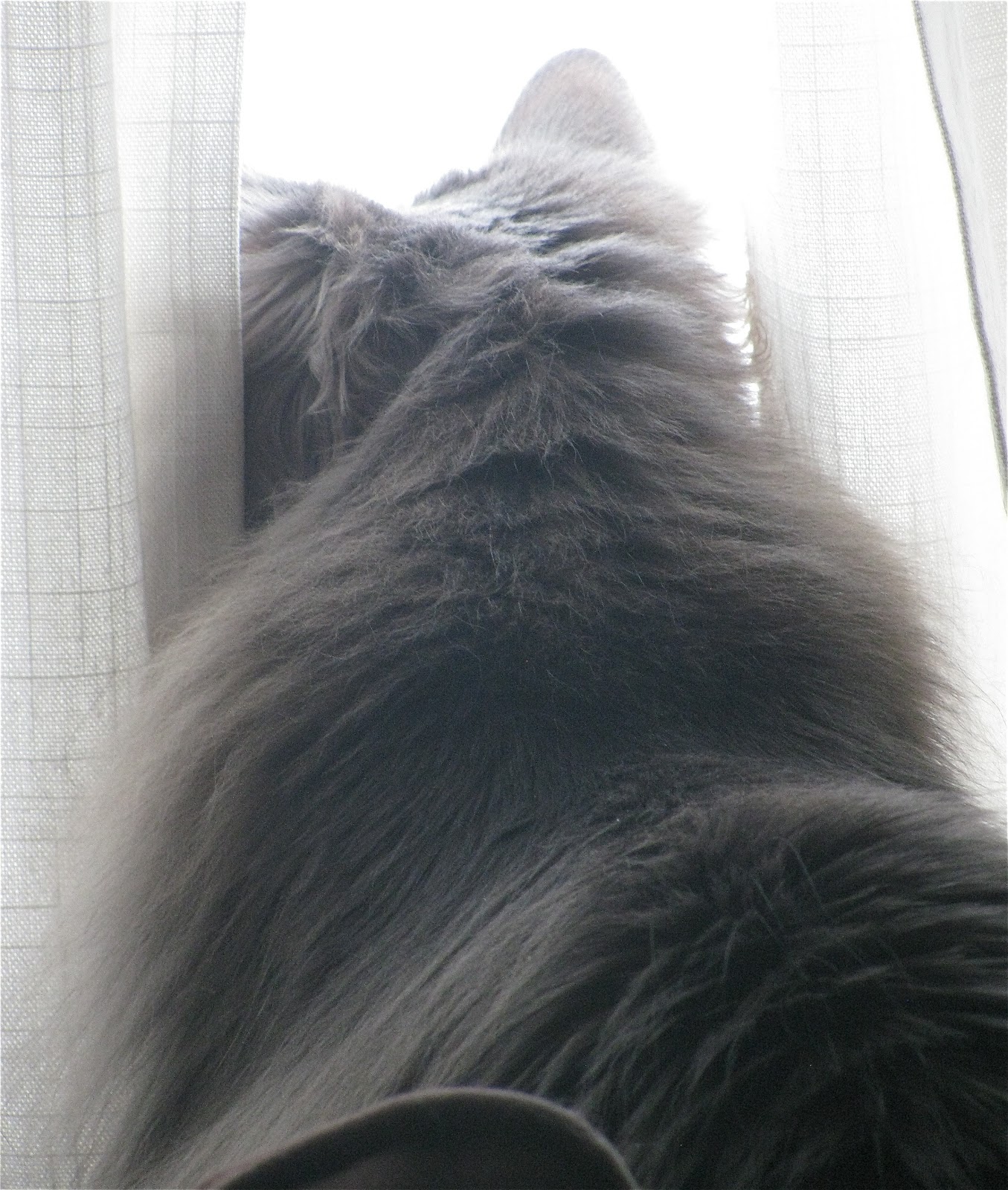 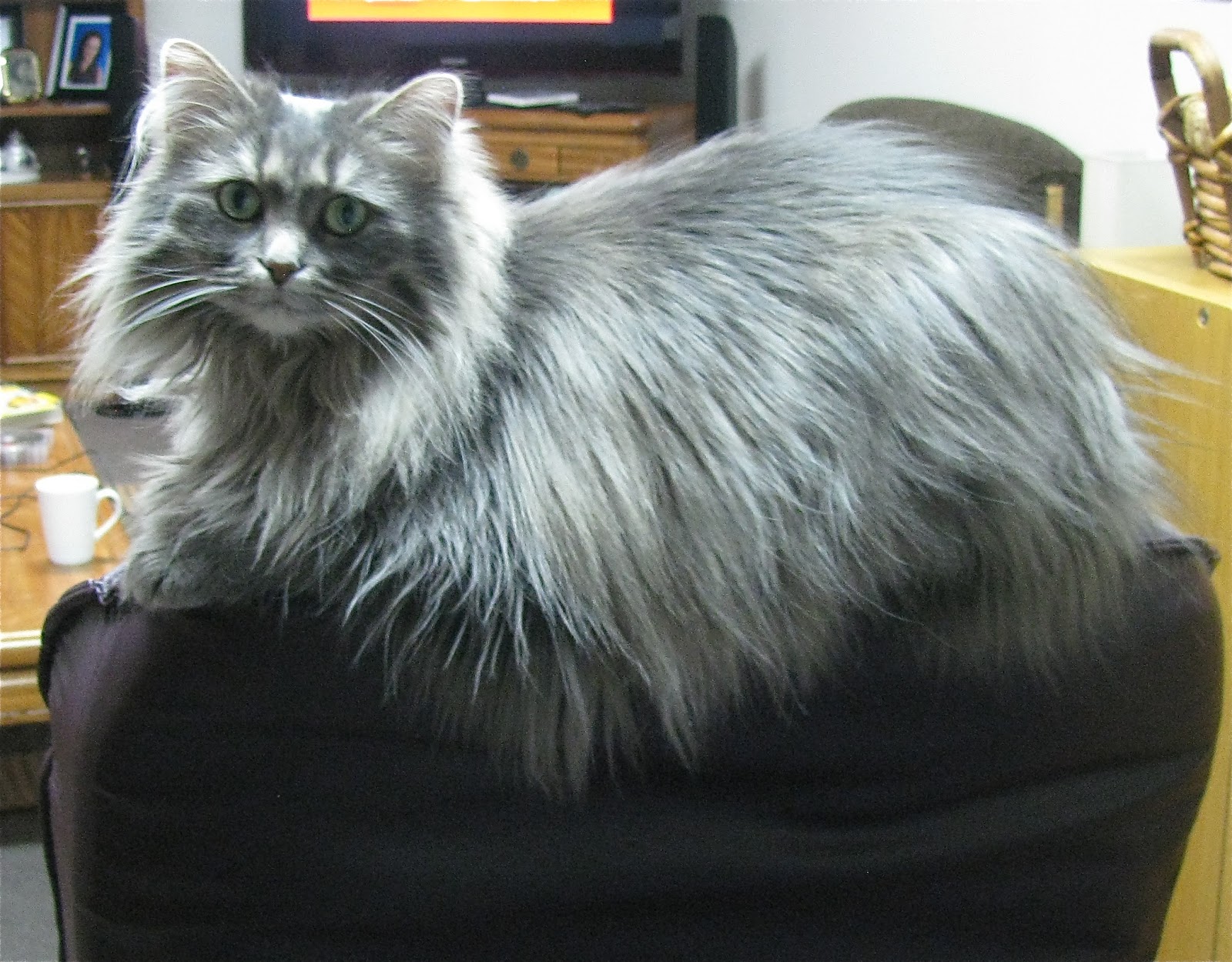 The Curtains?
The Chair?


Did Barb really have to tell Terry
how Scotia and Smoke have knocked out the ceiling tiles,
stripped the Christmas tree,
and gotten into the furnace ducts!
Good thing Barb caught and cured that,
or there could have been cooked kitties!

While hanging out in Calgary,
I had lots of time to stalk the kitcats with my camera!
It took a lot of hunting because these kitties are scaredy-cats!
And boy can they scramble! 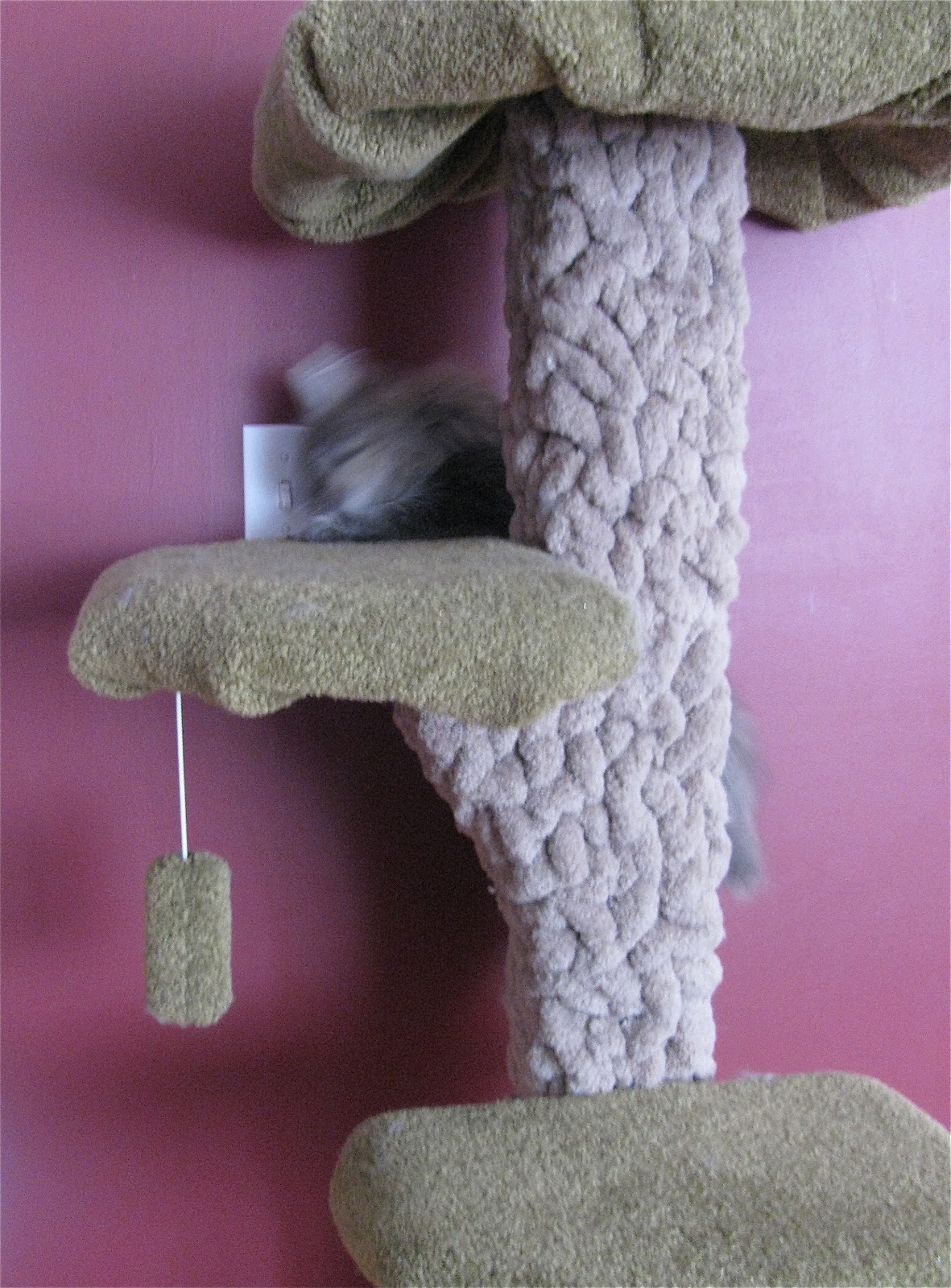 Scotia Flies up the Cat Tree,
The Dominant Feature in Barb's Living Room
More Evidence for Terry's List
"Why We Won't Have Cats!"

Scotia is the pretty one with smarts! 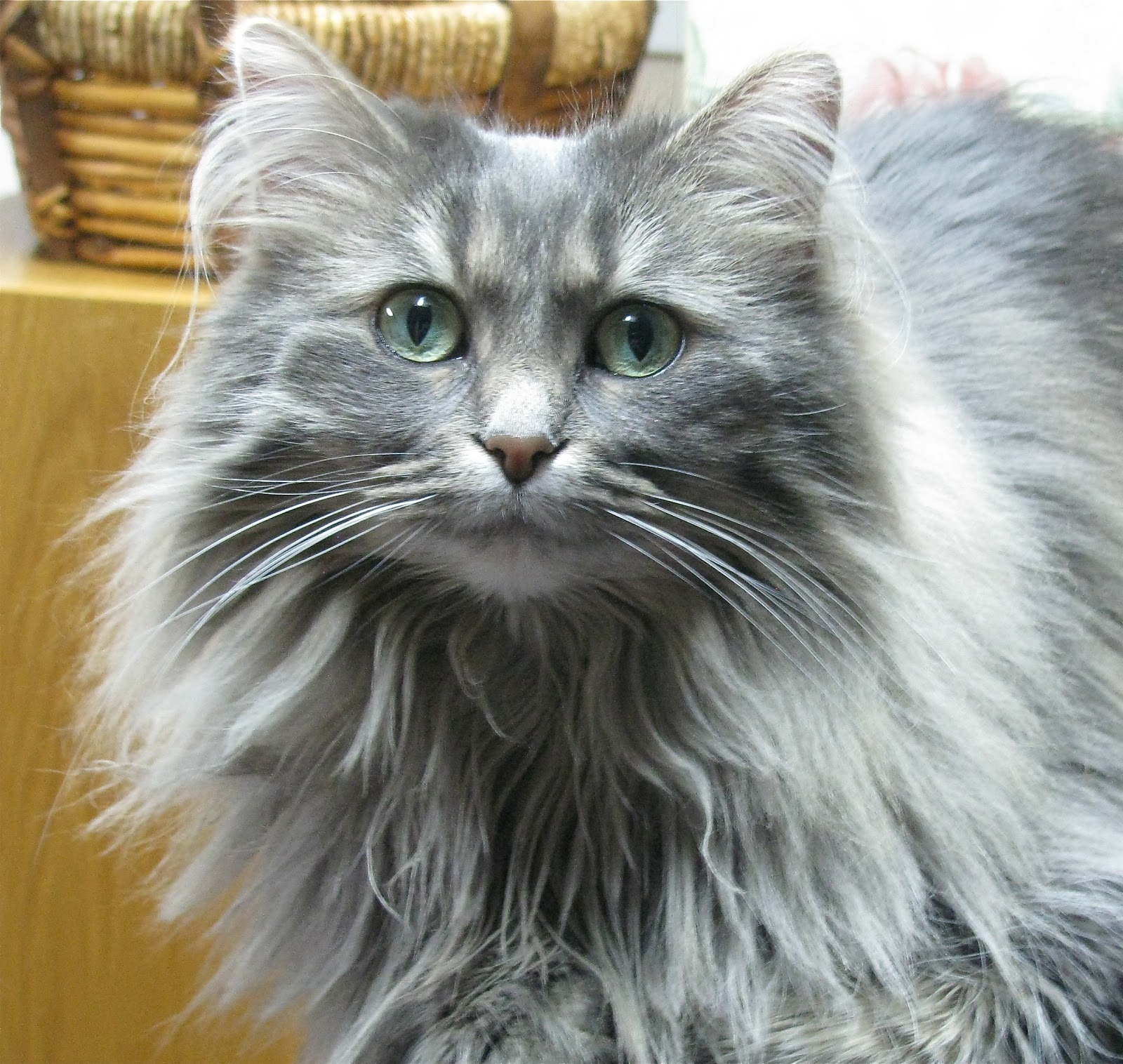 Scotia slips into a room and investigates the tiniest change.
She curls up in linen closets, baskets, and suitcases.
She laps water from water bottles or glasses,
and she will steal a drink from your water glass at night.
She loves to be combed.

She stood outside Barb's bedroom
and howled and scratched at the closed door
every night I was there!
Would she walk through my open door
across the hall and deign to lie on my bed?
NOT! 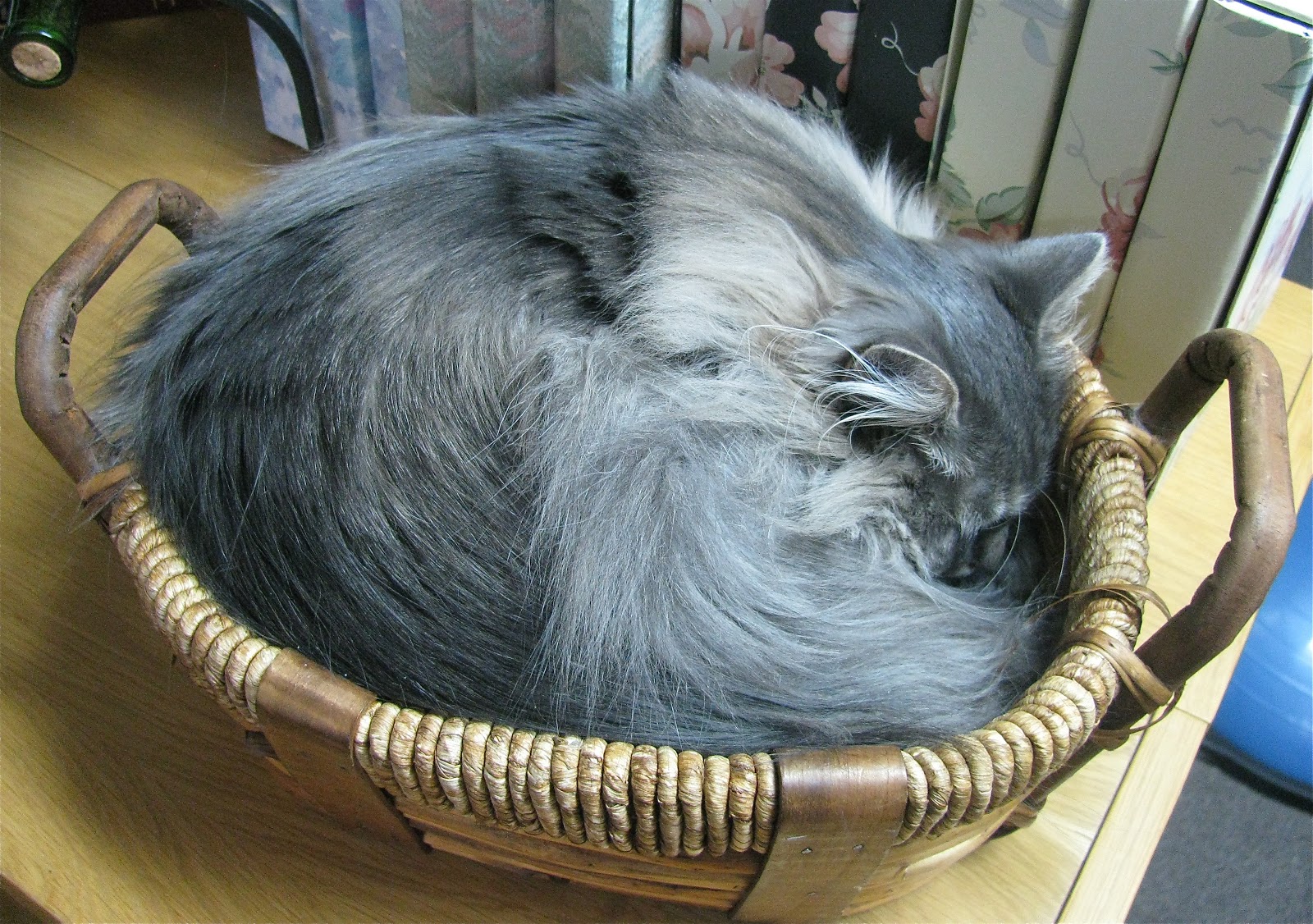 Scotia in a Basket


Smoke gives new meaning to the word "scaredy-cat."
She runs if you accidentally make eye contact with her.
She is drop dead gorgeous, but not as smart as Scotia.
I think she is underrated! 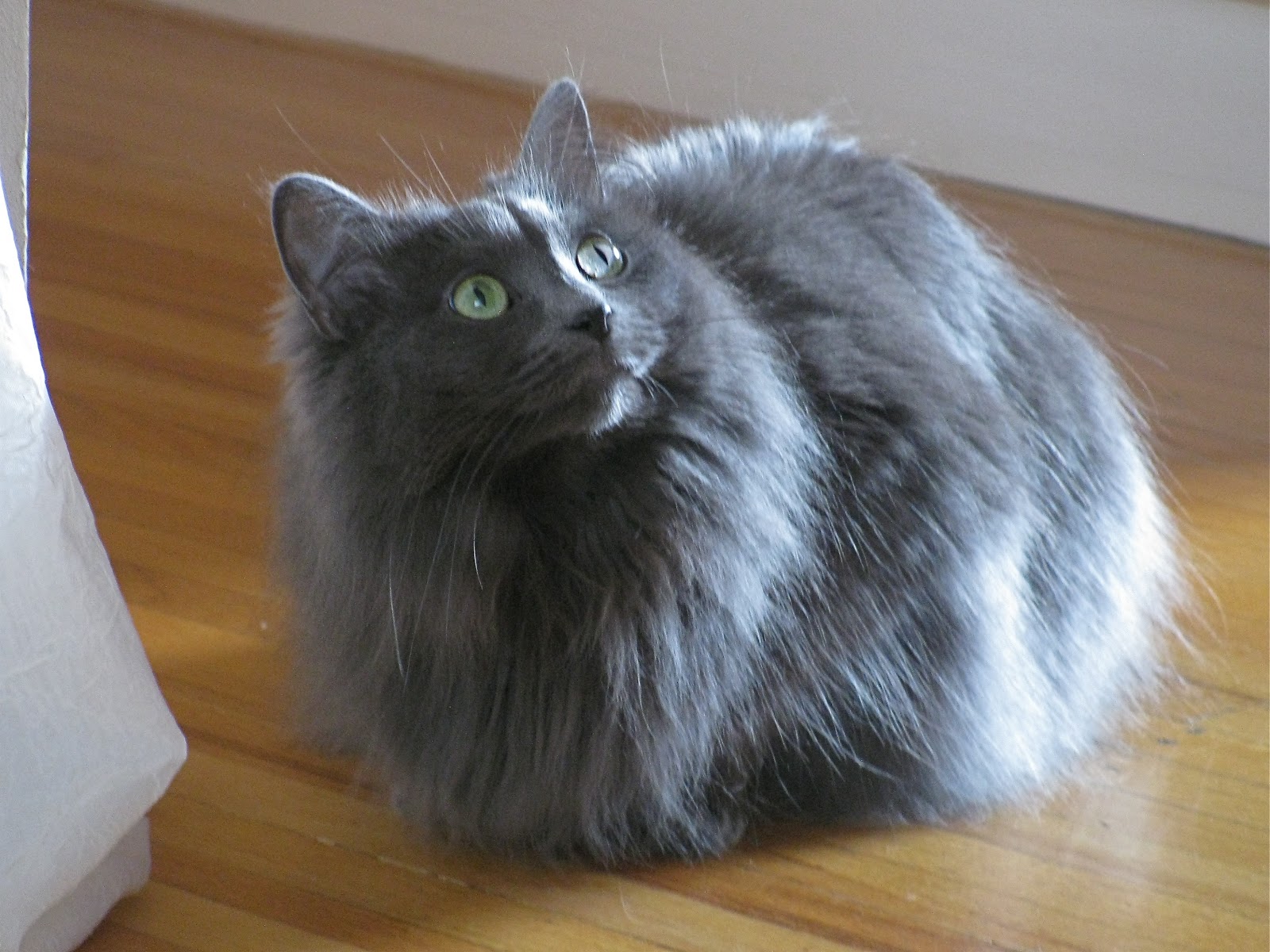 Smoke Keeping a Sharp Eye on Her Sibling

Smoke can vanish in a heartbeat.
She can stand right at the bottom of a tall dresser,
jump straight up,
and land on the cluttered top
without knocking anything over.
She can climb to the highest spot in the room
in the blink of an eye.
She likes to hang out just beneath the ceiling tiles. 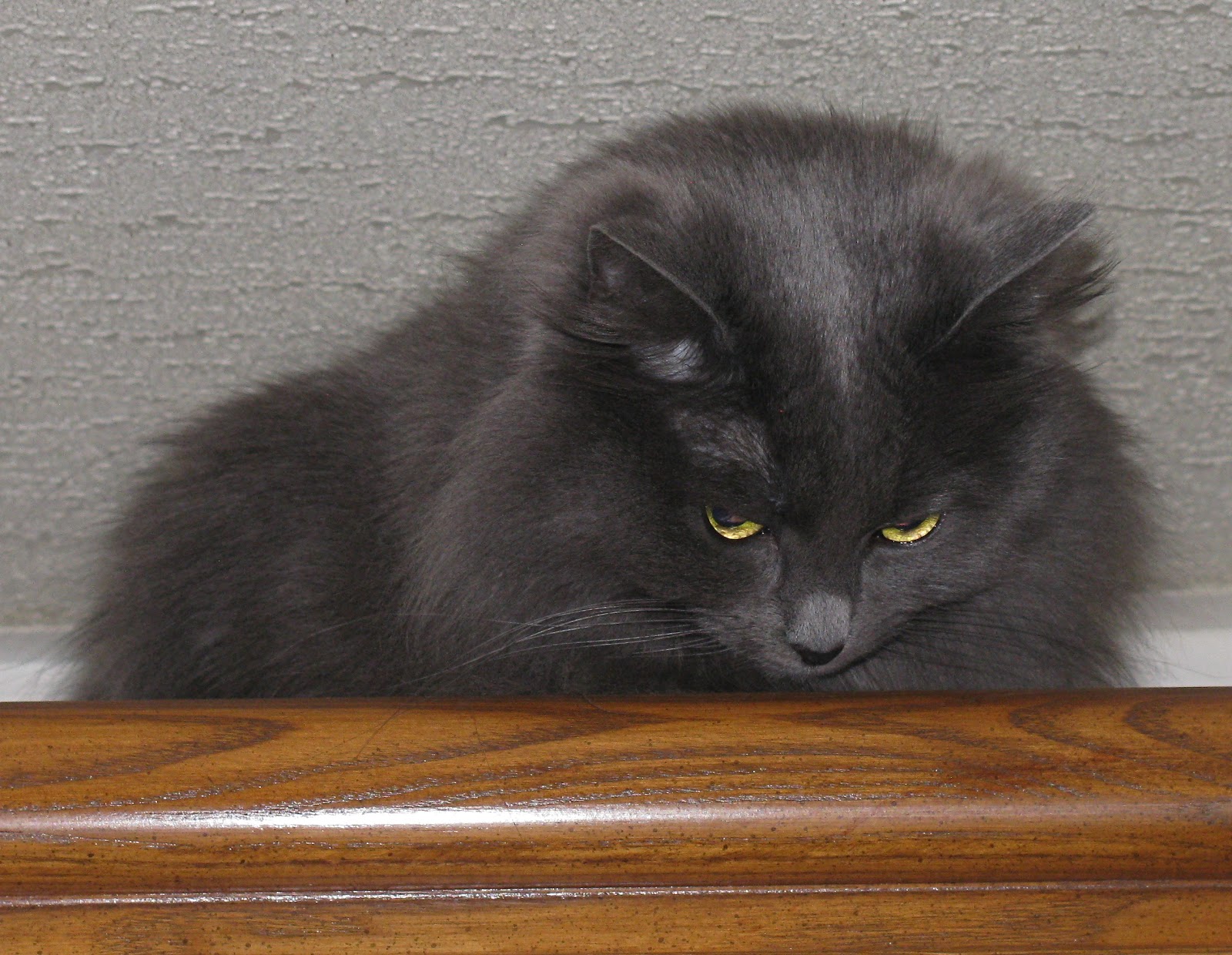 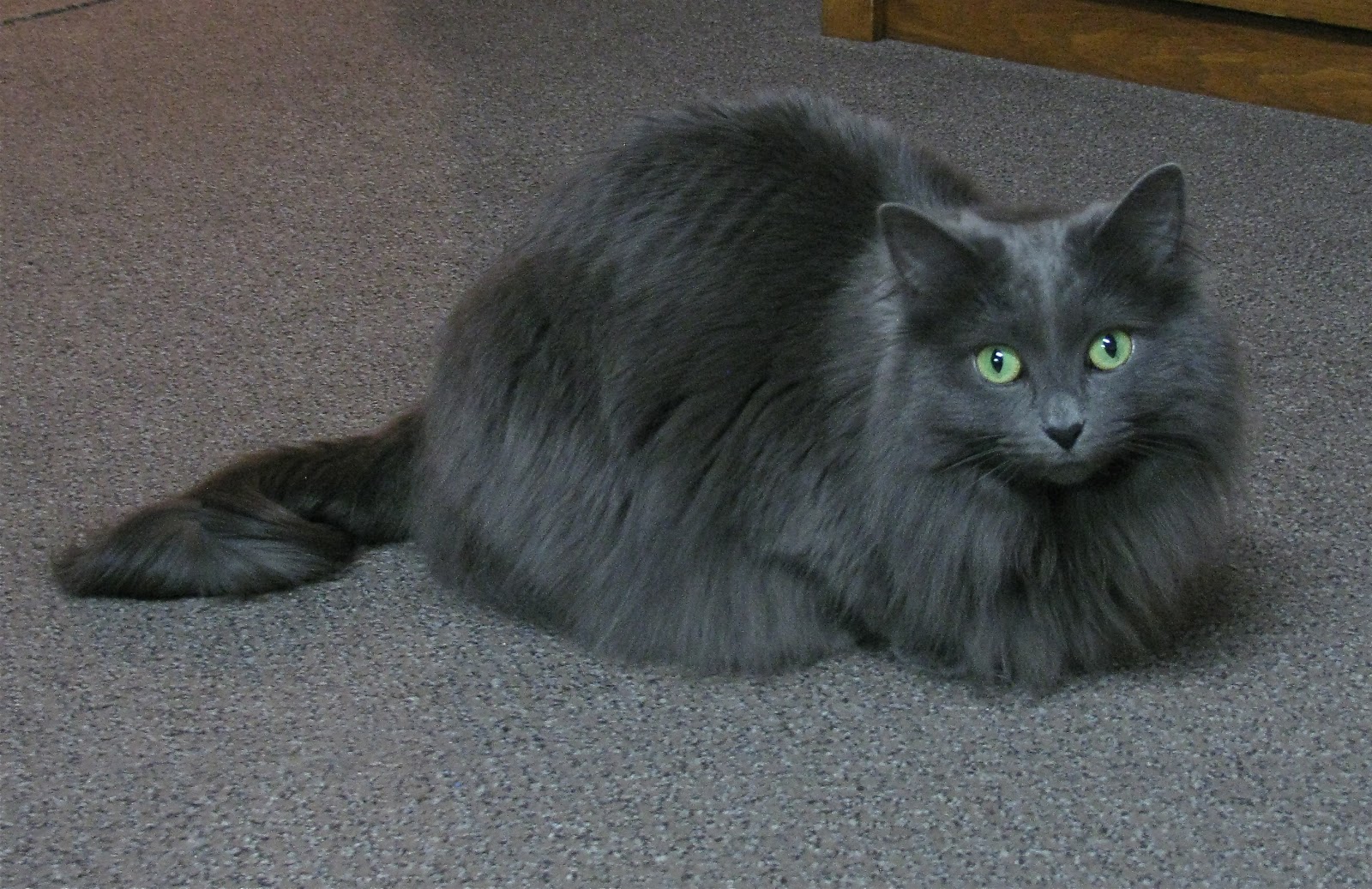 But Smoke's singular claim to fame is worm wrangling!
In the summer she likes to hunt worms in the yard.
She will search for a likely spot,
crouch down, and pat the grass repeatedly.
Up pops a worm, and she's got it!

Fortunately, since Smoke is never outside without Barb,
most worms are rescued!

Unfortunately, the weather did not lend itself to
worm wrangling while I was in Calgary. 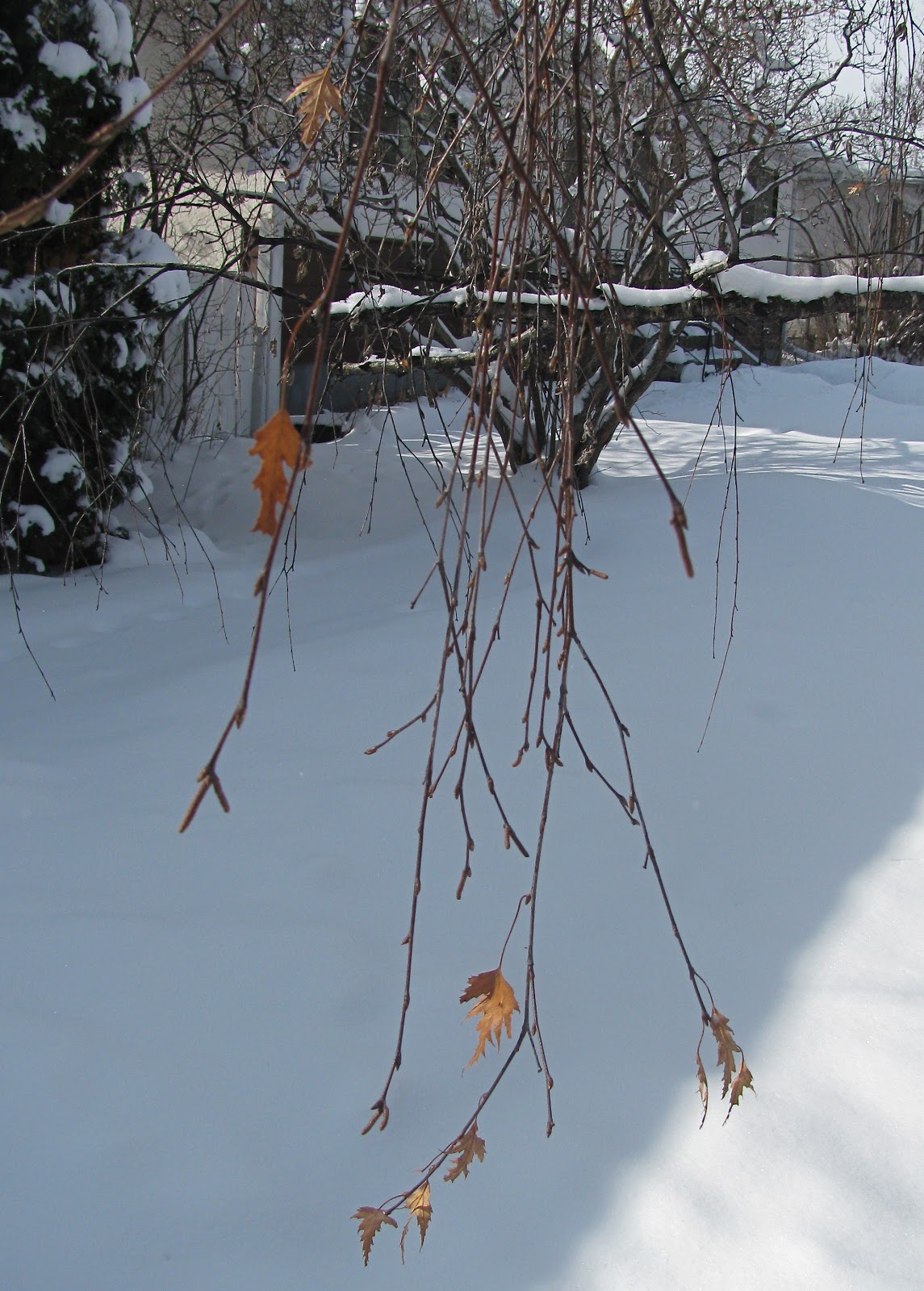 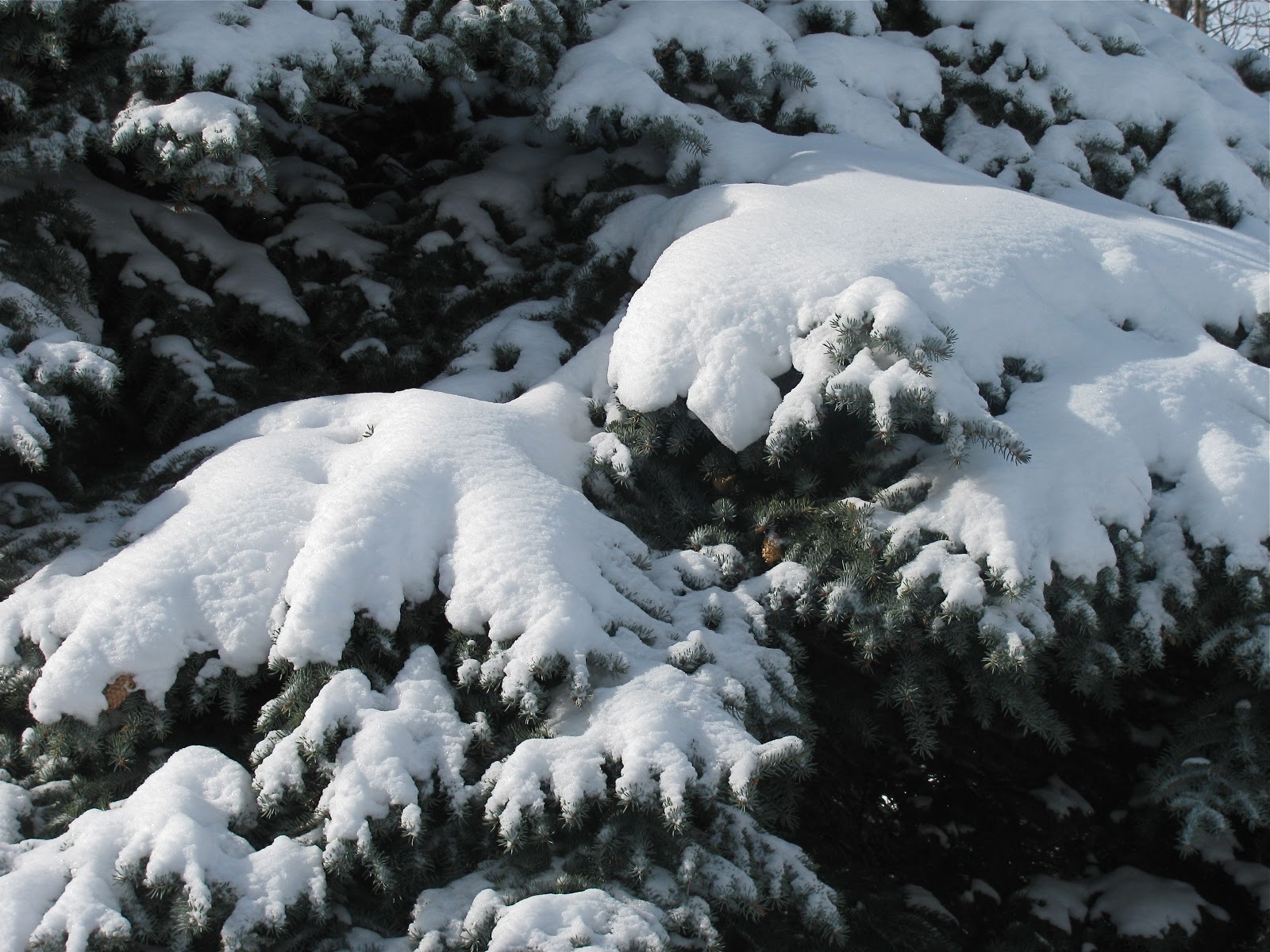 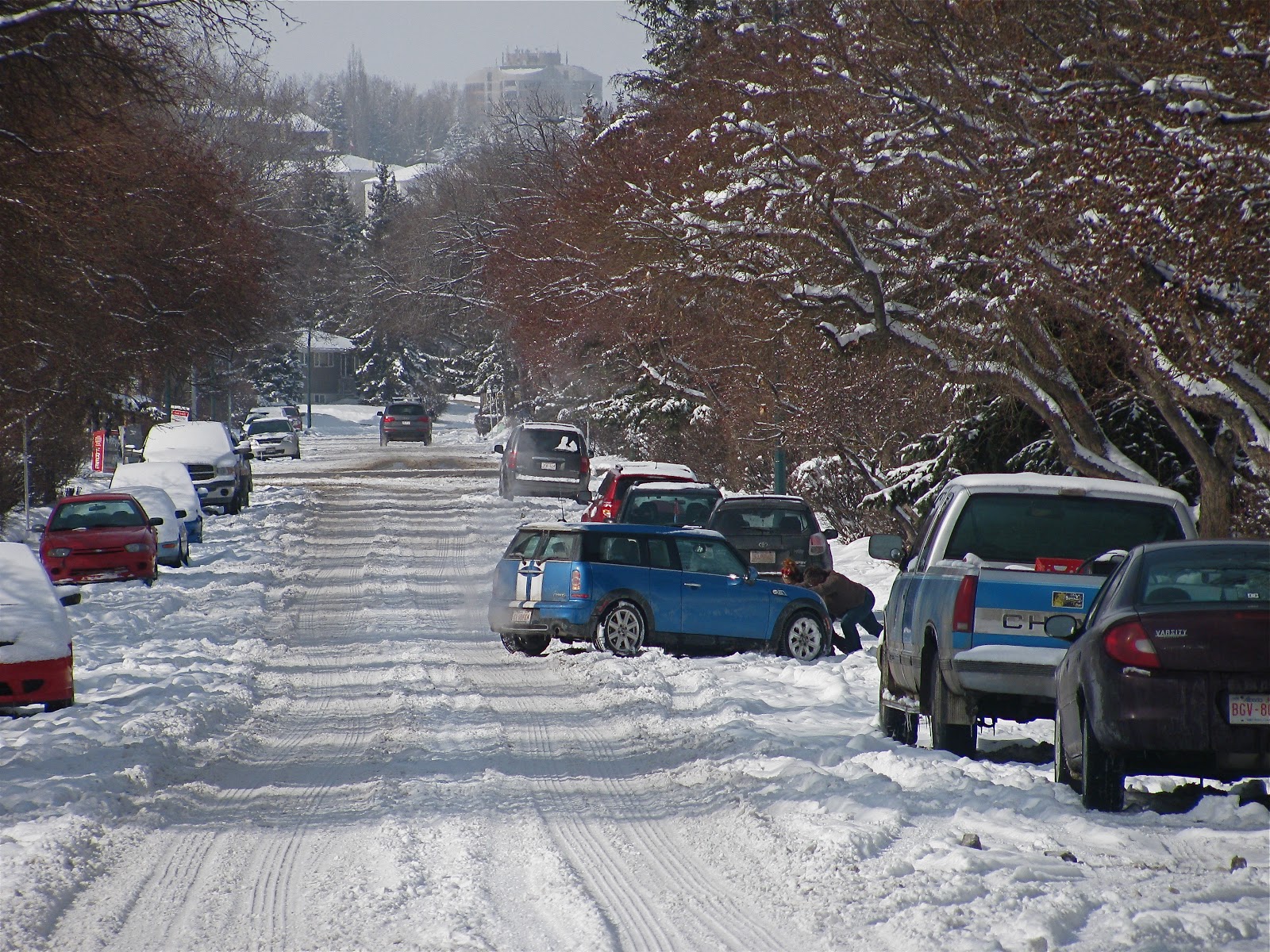 
On the last hour of the last day of my visit,
Scotia snuggled on my lap and purred
while I combed her,
and Smoke let me give her two pats on the head. 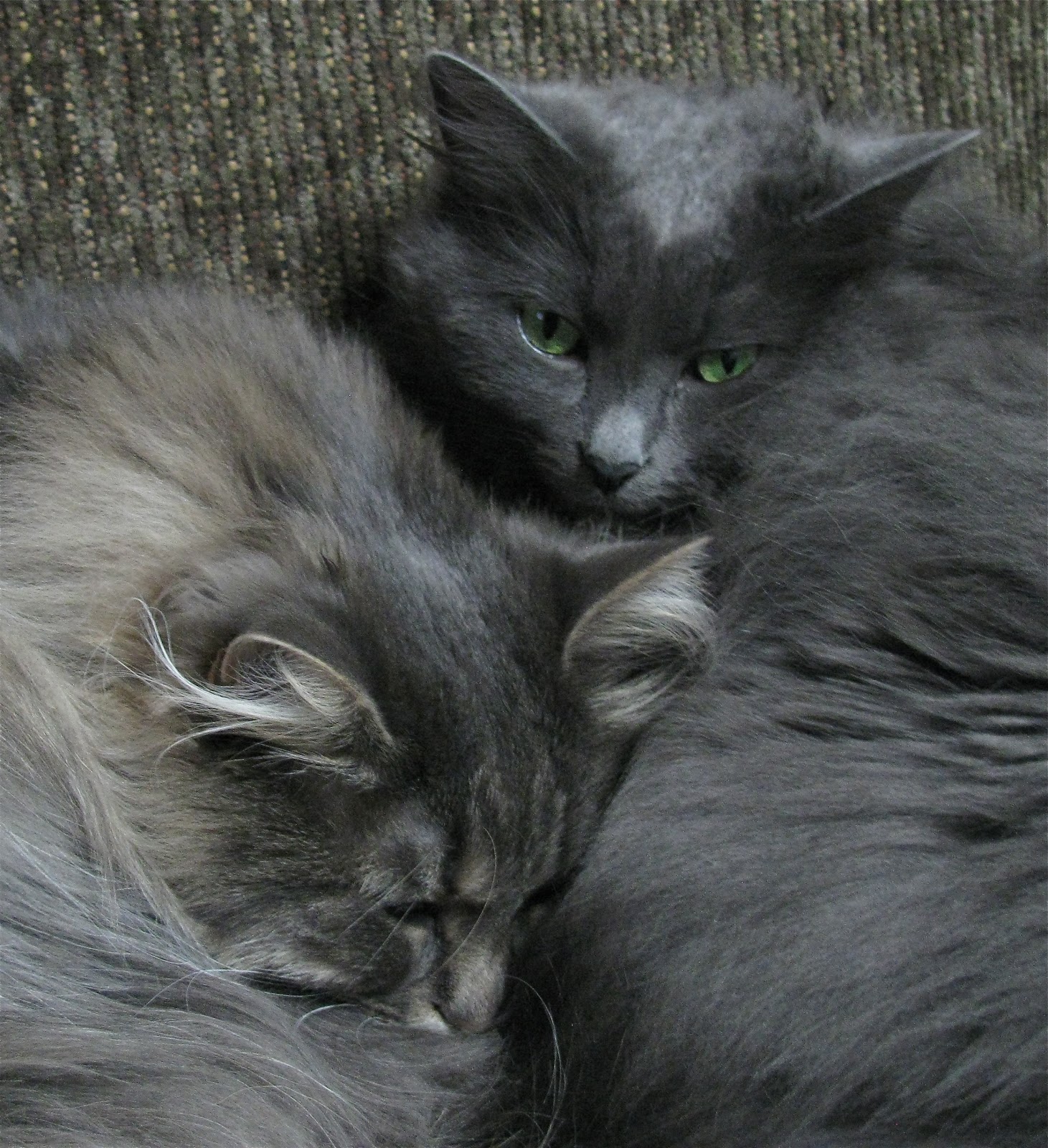 Sisters Are the Best!
Right Barb!