The Lansdowne Letters: A School Party


My brother, and I were really curious about life
in Lansdowne House in Northern Ontario.
We knew at some point we would join our father there.
My younger sisters, aged six, four, and one
understood less or very little.

But to Roy and me, the thoughts
of flying Way-Up-North in a bush plane
and of going to school with real Indians
was terribly exciting and adventurous. 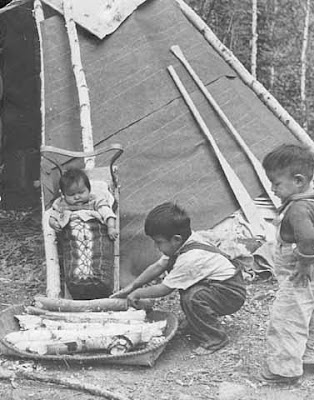 Hi There Everyone:
There was no mail again this Friday.
It was a real blizzard up here all day.
There is quite a lot of snow on the ground,
but the lake is still mostly open, although
there is quite a bit of ice in some of the bays.

I don’t expect that it will remain
open much longer though.


Harry Evans,
a pilot for Superior Airways
out of Sioux Lookout,
told Bill Mitchell
that all the lakes
north of the Albany River
are frozen solid,
except for Attawapiskat
and one or two other larger ones.


The Albany is a river halfway between
Nakina and Lansdowne House.
I wouldn’t be a bit surprised if you don’t read
what I am typing now till the last week
in November or the first week in December. 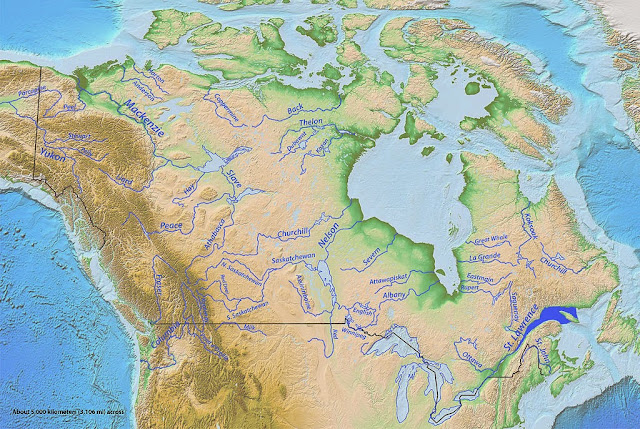 Albany and Attawapiskat Rivers
(to the left of James Bay)
wikimedia


Well, I wish you could have seen me with my Indians.
I decided to give them a party this afternoon.
I bought a whole lot of candy and fruit down at the Bay,
and I took it to school for prizes.

The party lasted all afternoon,
and I had a hard time to get rid of them at four o’clock.
We played Musical Chairs, Blind Man’s Bluff,
Pin the Tail on the Donkey,
and lots of other games of this nature. 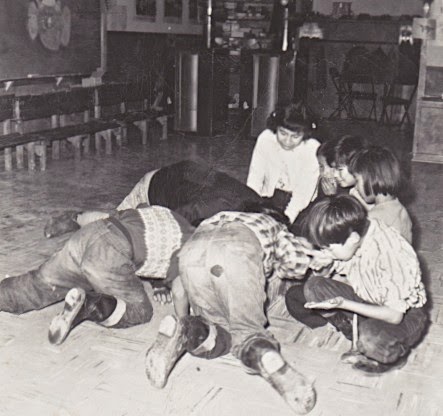 We cleared all the furniture out of the main part of the school
and had races and other forms of entertainment.

Two of my boys even put on a boxing match for us.
I am going to have to get a set of boxing gloves,
and teach them how to box correctly
as they are very interested in it.

When the afternoon was over, I still had
lots of prizes left over, so I had a drawing
and a scramble to give them away.
I took care to see that everyone won something.

The children must have had a good time,
because they were all after me to find out
when I’m going to hold another one.

I guess that I will have one on Halloween.
I believe that I will start them making
a paper mache pumpkin Monday.
Also, I’m going to have them make
masks and all that jazz.

I don’t relish operating that confounded canoe
in this weather.  I will be awfully glad
when I am able to walk over on the ice.

That reminds me of a term
that I have heard since I came up here.
It isn’t the most delicate or respectable,
but it is highly amusing.

There was a character here last year
who taught school in the school
that Uno teaches in this year. 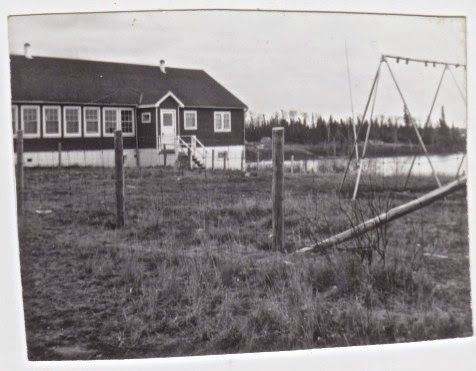 Whenever he was over visiting on the other side,
and it came time for him to put on his overboots
and head across to the island in the winter,
he always said, “Well, I guess it’s time for me
to put on my Jesus Boots and head across the water."

He referred to his overshoes like this
because he could walk on water
(albeit the water was frozen) with them.

There was quite a bit of ice along the shore again
when I went down to launch my canoe this morning,
and I had to break a path through it for the canoe.


If it keeps getting any thicker, I will have to carry
a little hand axe and sit right in the prow of the canoe,
and chop my way along through the ice.

That ties it up for today.
Will be seeing you all again tomorrow.


Eventually Roy and I did fly Way-Up-North
in a bush plane and go to school with real Indians,
and it was every bit as exciting
and adventurous as we had imagined. 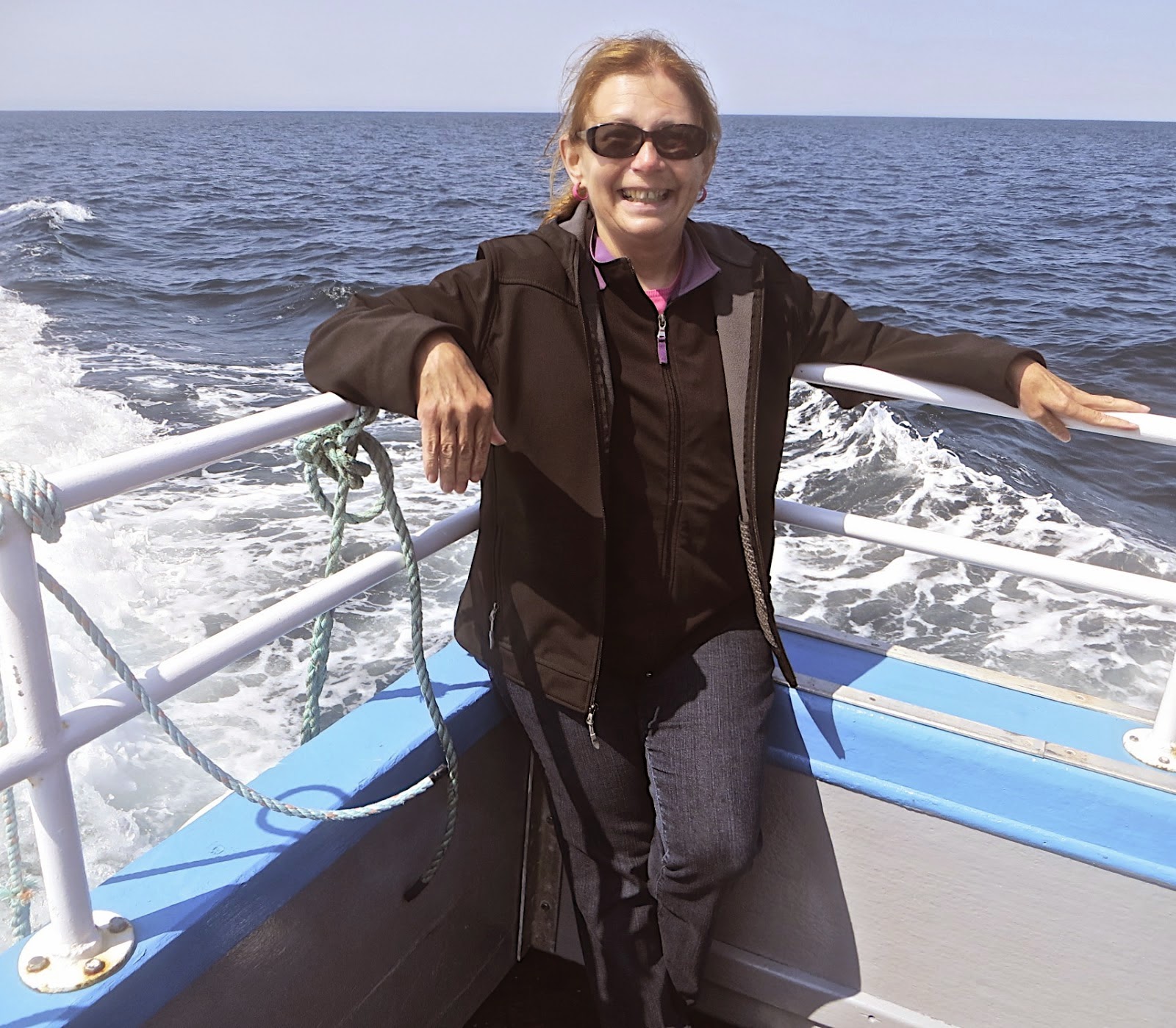 Photographs:
It's hard to find images to illustrate my northern posts.
My father could only afford to take a few photos,
so I scour the internet looking for things I can use.

Sometimes I use pictures from a different area,
like the photo of the Ojibwe children in Minnesota,
because they illustrate similar people, culture, or landscapes.

In my searches for this post,
I came across two archival photographs
related to the Indians and the Albany River.

I think they are interesting because they illustrate
a way of life that was vanishing just as my father
arrived in Lansdowne House in 1960.

CO 1069-279-22
Indian Summer Camp, Albany River, 1913
This image is part of the Colonial Office photographic collection
held at The National Archives.
Feel free to share it within the spirit of the Commons. 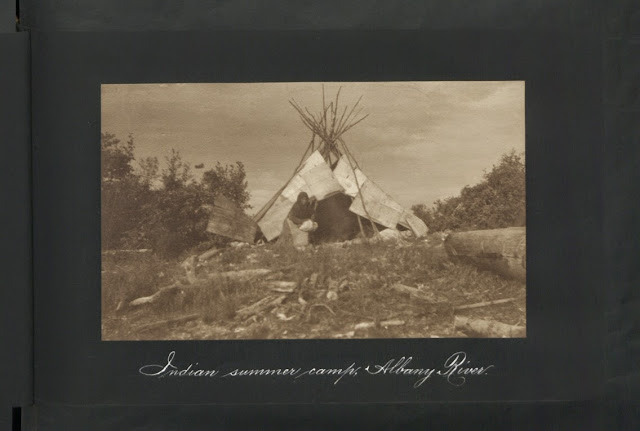 CO 1069-279-21
Cree Indian, Albany River, with unfinished canoe 1913
This image is part of the Colonial Office photographic collection
held at The National Archives.
Feel free to share it within the spirit of the Commons. 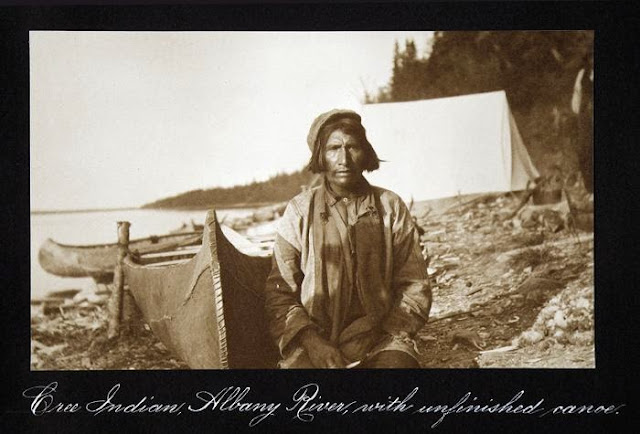