My parents experienced difficult challenges
when I was growing up, but they sheltered
me from much that was happening.
I had a wonderful childhood. 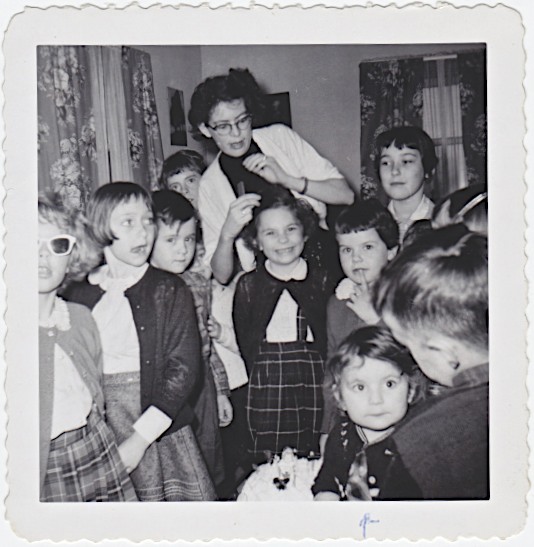 
It was only as I entered my teens
that I started to realize how difficult things were for them.

When I was little, my father seemed larger than life
with his charm, intelligence, sense of humor,
and imposing physical presence. 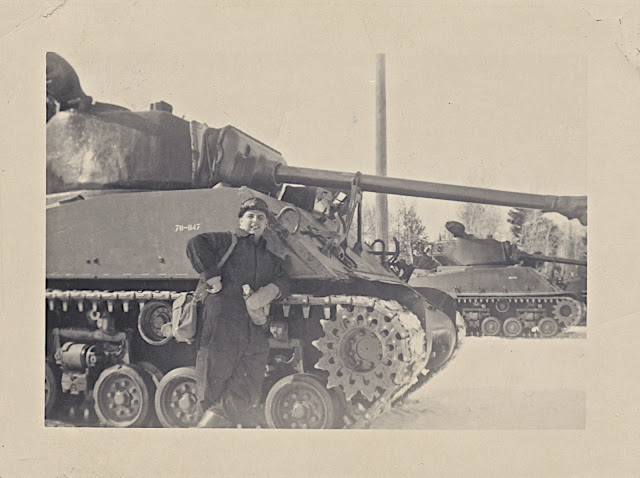 My father read voraciously,
was a compelling speaker,
loved a feisty debate,
and told wonderful stories and jokes.

I never suspected as he drilled me on grammar,
spellings, and vocabulary, or answered many
of my questions by handing me a dictionary,
that he had dyslexia and was bedeviled by spelling.
I never saw his feet of clay. 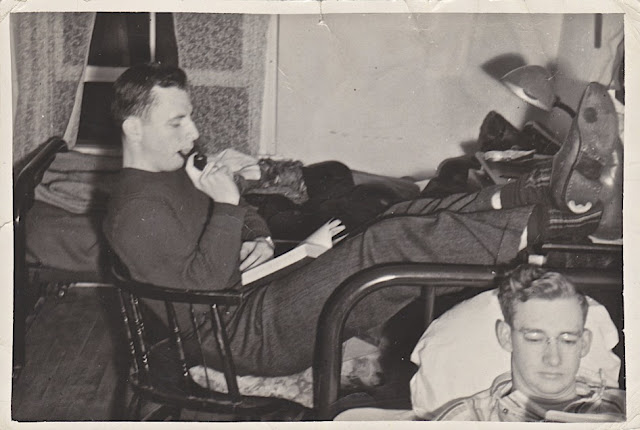 I also never realized how much my father
worried about his mother, a widow living alone
in Charlottetown, Prince Edward Island.

I was vaguely aware that Nana suffered
from depression and mental illness,
that her health was fragile,
and that she had never truly recovered
from the death of her newborn daughter.
As a child I just accepted what was. 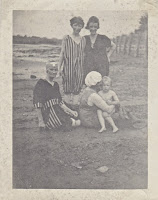 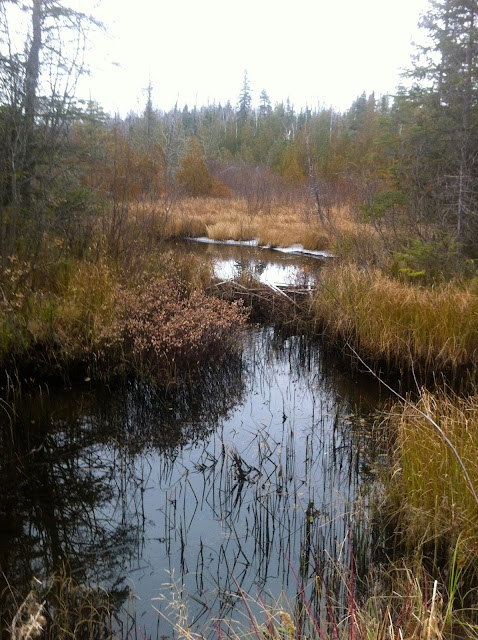 By dog sled
is a joke.

Determined as
my father was,
he could not travel over
150 miles of muskeg
to  reach Nakina.

As temperatures plummeted during freeze-up,
the Indians tied a canoe on their dog sleds
whenever they had to travel through the maze
of bog, water, and rock in northern Ontario.

That way, if their dog sled broke through the ice,
they would float and could haul the dogs into their canoe.
Their survival depended on their dogs.

Dear Mother:
I thought that I had better get your letters answered tonight,
so this letter will go out on the plane expected in tomorrow.
This could very well be the last letter that you receive from me
till after freeze-up, as things are getting quite cold up here now.

I will send you a wire as soon as the freeze-up starts,
so you will know not to expect any letters for a while.
I wouldn’t want you looking for letters every day
and being disappointed all the time.

I am so glad to hear that Aunt Maude is getting better.
It is quite nice that she is getting home again.
It ought to be a good rest for you too, out at Morell.

Now don’t you go and get sick
while I’m up here in the bush,
especially during freeze-up.
During freeze-up and break-up
you can’t get in or out for love or money.
The only way you could get out would be by dog sled.

Nothing new on the teacher’s residence yet.
One thing you very quickly learn
up here in the bush is patience.
It takes anywhere from two to three weeks
to get an answer to your letters.

I don’t know how I’ll adapt myself to the hectic pace
of outside living next summer.
If it wasn’t for you and Sara, my family, and my relatives,
I wouldn’t ever want to come outside again.
At least that’s the way I feel right now.

I may feel differently about it this spring though.
The people up here all tell me that by spring,
I’ll either love the North passionately
or hate it with equal passion. 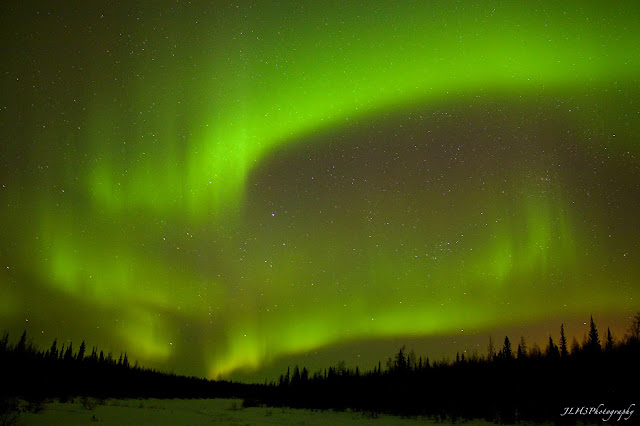 I received a nice letter from Don Fraser,
and like you predicted, there were no spelling errors in it,
but I was surprised at the number of typing errors.
I see that he and Anna are planning to do some boating next summer.
Tell him that I’ll be answering his letter soon.

Oh yes, I also had a nice letter from Athol.
He wants me to write again soon
and describe the land about Lansdowne House.
He expects to make a lot on his potatoes this year.
It’s the first time that I ever heard one of the Marshfield natives
admit that he was going to make a profit on anything.

Well, I finally caught you, Lassie,
in a spelling error, right after you were bragging
about what a natural born speller you are.
You actually used “their” for “there.”
Oh well, as they say; only the Pope is infallible.

I don’t mind you correcting me, Mother,
but I wouldn’t be human if I didn’t enjoy
catching you out on the limb the odd time too.
I admit that these moments of enjoyment
have been few and far between though.

A nice light fruitcake would be awfully nice,
but I am not too fond of dark fruitcakes.

I am not going to be sending any presents out
this Christmas, except one small one to Sara.
Sara is going to do the shopping
and send the presents from both of us.

You have to order all your presents
before the last of September up here,
and I didn’t know about this till it was too late.
Besides I didn’t have any money to buy them
even if I had known, and still haven’t.
My pay should start coming through soon.

I would buy you a present up here at the Bay,
but there is absolutely nothing
that you would like or could use,
unless you would like a nice pair of snowshoes
or a good .306 rifle. 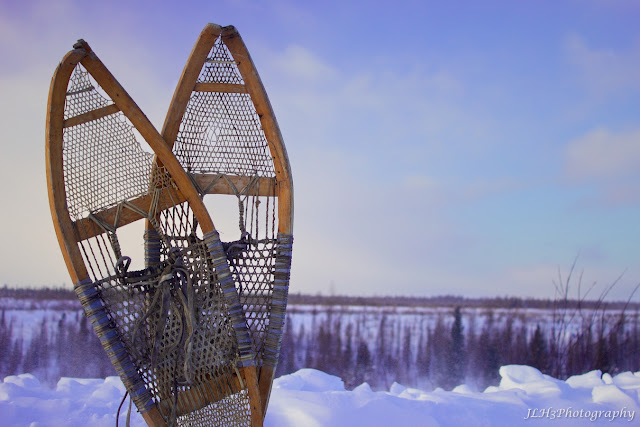 I am sending Sara a nice pair of leather, or rather,
hide mitts made by the Indians and decorated with beadwork.
I don’t think that you would like them
if you thought that those leather slippers had a strong smell.

You should smell these mitts.
Sara will have to give them several good airings
before she can put them in a drawer.
I imagine that she will wear them,
because she likes good warm mitts. 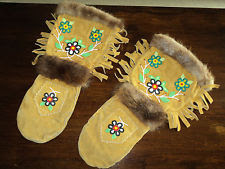 
I hope you understand about the Christmas presents
and that you don’t mind too much.
I also hope that I can get a good account from you
about how you enjoyed Christmas at our place.

I have several invitations for Christmas.
The McRaes want me to spend Christmas Eve
and Christmas Day with them
and open my presents at their house with them.

Uno wants me to go out to Nipigon with him.
That is very tempting, but I think that I will stay
at Lansdowne House for Christmas.
It will cost too much to go out.
Besides, Duncan and I plan to do
some hunting over the holiday.

Well, I guess that this just about winds things up
for this letter, as I have answered all your letters
and told you everything of a personal nature.

As you know, the weekly letter contains all the news,
and it would be stealing some of the thunder of that letter
if I told you any of that news in advance.
It’s quite a job writing that letter every day,
and sometimes I’m pretty hard put to find news to put in it.

I guess though, that when I start snowshoeing,
I’ll have just as many misadventures
as I did in that canoe at first, and that ought
to provide some amusing incidents for the letter.


As for me,
I think of myself as my father's editor,
just like he was mine;
and like my mother,
I quietly correct my father's misspellings
and hope I don't make any of my own.

Fortunately I didn't inherit dyslexia,
although two of my sisters did. 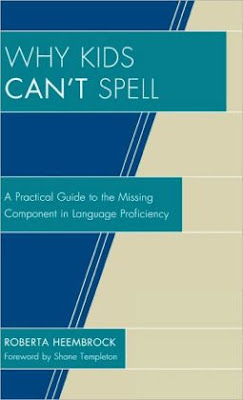 I'll end on an ironically funny note.
My youngest sister Bertie,
who has dyslexia,
published an excellent book on spelling.
Her dad would be so proud of her!
And so is her big sister!


Notes:
Aunt Maude:  My grandmother's sister who lived outside Charlottetown in Morell

Athol MacBeath:  Dad's first cousin who inherited the MacBeath farm in Marshfield, P.E.I.
Posted by Fundy Blue at 3:00 AM