I have no memory of how my mother and we five kids
spent New Year's Day 1961 in Smith's Cove, Nova Scotia.

But from the time I first heard my mother read
my father's letter describing his New Year's Day
in Lansdowne House, Northern Ontario,
I never forgot it. 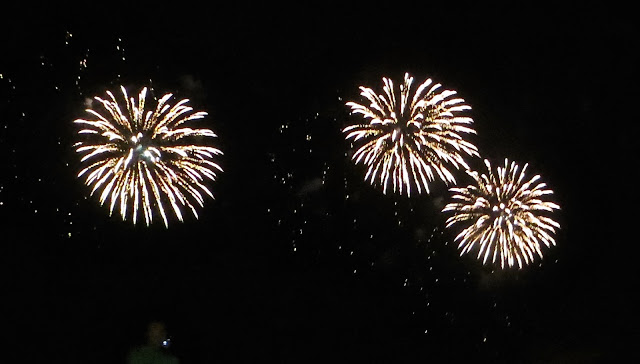 On Monday, January 9, 1961
My father wrote to our extended family:

Hi There Everyone:
It’s a very dull Monday.  Nothing worthy of my comments has happened all day,
so I’ll have to devote this edition to something that happened during freeze-up.

This not in correct chronological order, but I think that
one of the most interesting things that I witnessed
during the freeze-up was the New Year’s Feast
that they held in my school on New Year’s Day.

Everybody contributed food to this feast, except me.
I had no food to contribute, so I got stuck for $15.00

I was invited to the feast, but although I made my appearance,
I did not eat anything because the food looked singularly unappetizing.
For instance, the Indians just love lard, and one of the
main delicacies of the feast was a lump of cold lard
weighing about a quarter of a pound.  The lard was bad enough,
but the fellow that was serving it had extremely dirty hands,
and he used one very dirty finger to scrape the lard
off the serving knife onto the plates. 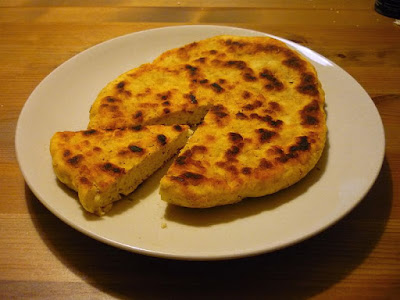 Another mainstay of the feast was bannock,
and a third item on the menu was oatmeal porridge.
The Indians love to put their lard on their porridge.
This wouldn’t be too bad if they ate it immediately,
but everything has to be served to everyone before anyone eats.
As a result, the horrible taste of the cold lard is compounded
by the equally horrible taste of the cold porridge.

You will have to excuse my spelling in this edition,
for it is bad enough at the best of times, but tonight Duncan
and Brian are over, and I’m trying to actively participate in
a four way conversation as well as type,
with the result that I am missing about half the conversation
and am making lots of mistakes in spelling.
(Dad’s roommate Uno was there too.) 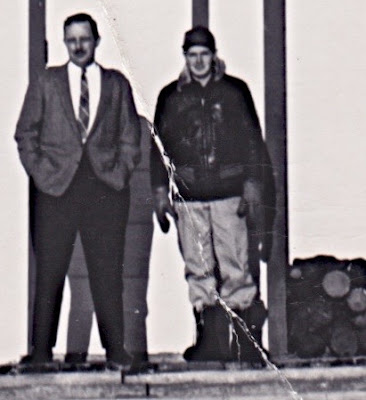 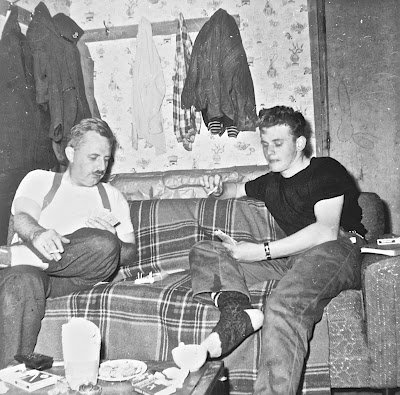 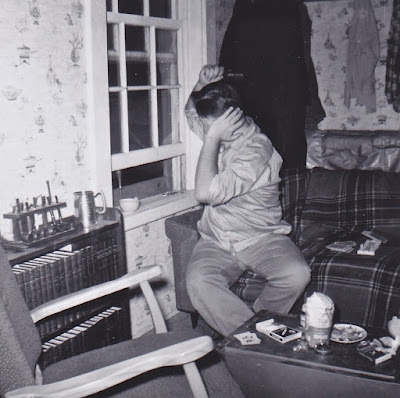 To get back to the feast and the Indian insistence on a fair division,
somebody donated twenty pounds of hard candy for the feast.
There were some thirty-five people at the feast, and they counted
the whole cotton pickin’ twenty pounds into thirty-five equal piles. 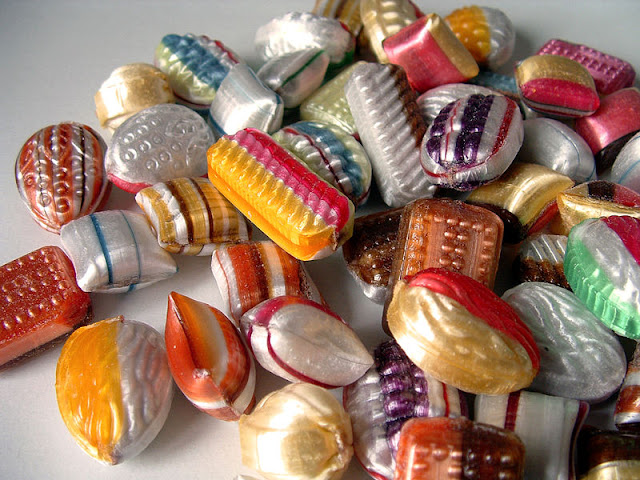 
Seven piles ended up one piece short,
and a rather heated argument ensued,
but after a while it was settled, by the measure of giving
the Indians who were short the candy one extra cigarette each.
Thank goodness the cigarettes came out even,
or we would still be there.

The feast lasted from one in the afternoon till about five,
and three of those hours were spent in dividing the food.

Well, I have to either stop typing or stop talking, so I guess I had better sign off.
It wouldn’t be polite to ask my guests to stop talking. 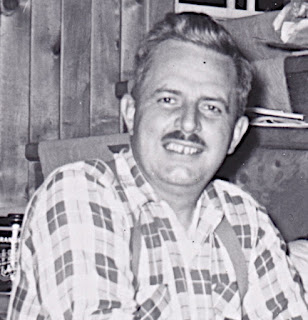 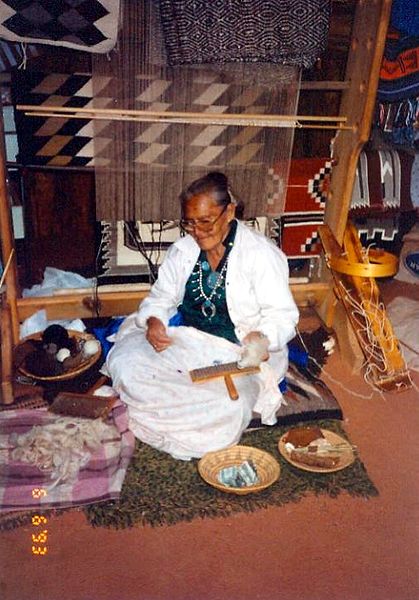 The closest I've come
to tasting delicacies
such as these
was eating
Navajo fry bread
baked over an open fire
by Susie Yazee
in Monument Valley.
And it was delicious!


Susie Yazee in her hogan.
Wikimedia


Well, except for the hard candy ~
that was a Christmas mainstay in our home
throughout the years. 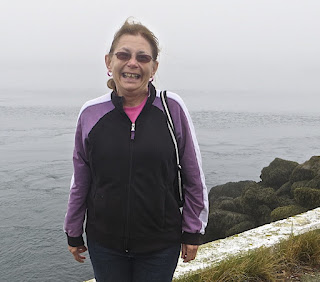 1  Lard:
Lard is fat from the abdomen of a pig that is rendered and clarified for cooking.  Google

2.  Bannock:
Bannock is a traditional Ojibwa and Cree flat bread made with salt, lard, baking flour,
flour and water.  It could be cooked over an open fire or in an oven.  nativetech

3.  Uno:  Dad's roommate and teacher at the Catholic school.

4.  Duncan MacRae:
Duncan worked for the Department of Transport,
and his duties included running the DOT Weather Station.

6.  A Personal Note:
Still no internet access.  I have northern posts written and scheduled to post automatically.
If I can get online, I will reply to any comments and try to visit as many  blogs as I can.
Sorry about that!  I'll be back soon!

Lansdowne House, Ontario
Wikimedia
Posted by Fundy Blue at 2:00 AM