The Lansdowne Letters: Keepers and Burners


Readers of my northern posts sometimes remark on
how many letters I have from my past;
but I often think about how many are lost.

My "Nana" Myrtle Pratt MacBeath
was an inveterate letter saver, as am I.
It's because of her that I have so many letters preserved. 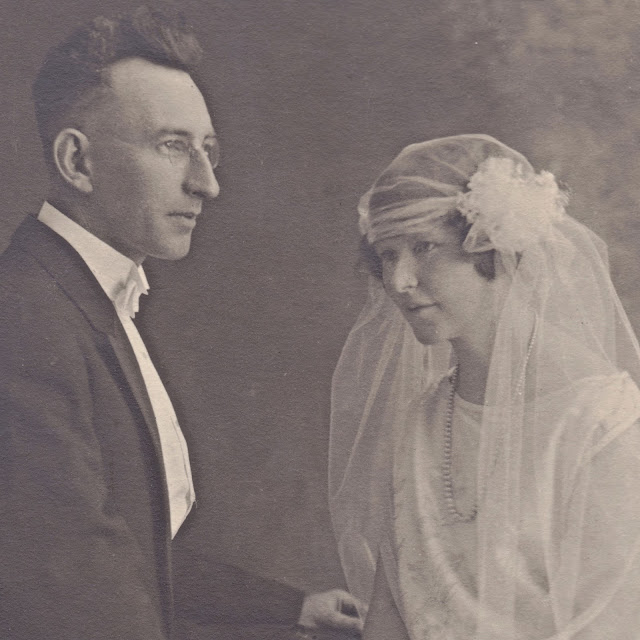 
My "Grammie" Ella Cossaboom MacDonald
burned just about every piece of paper that came to her.
I can see her still, standing by an old oil drum
at the edge of her field in Smith's Cove,
feeding letters, newspapers, and receipts to the hungry flames.
I'm sure that she used that quiet time to mull over
her day and the lives of her children and grandchildren. 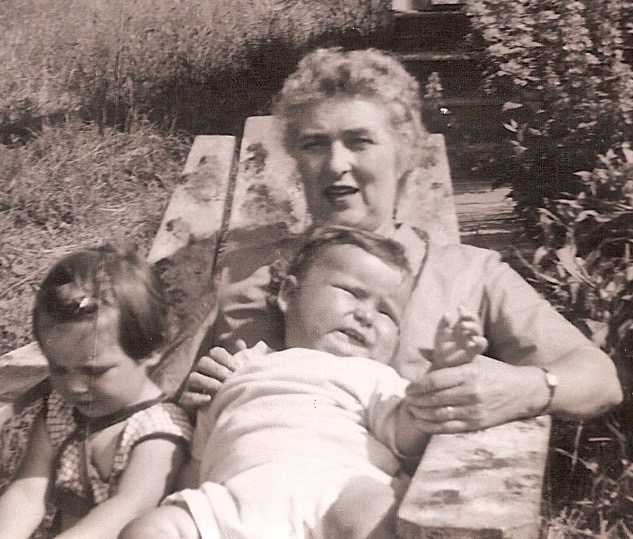 Grammie with My Brother and Me
In Her Backyard
Smith's Cove, Nova Scotia, Circa1952
© M. Louise (MacBeath) Barbour/Fundy Blue
All Rights Reserved

Dad, too, had the burning habit,
and I know that many letters from Mom, Roy, me, and others
started wood fires in Dad and Uno's cantankerous stove.
In a few letters I have, both Dad and Nana exhort each other
to burn certain private letters.
Boy, I'd like to get my hands on some of those! 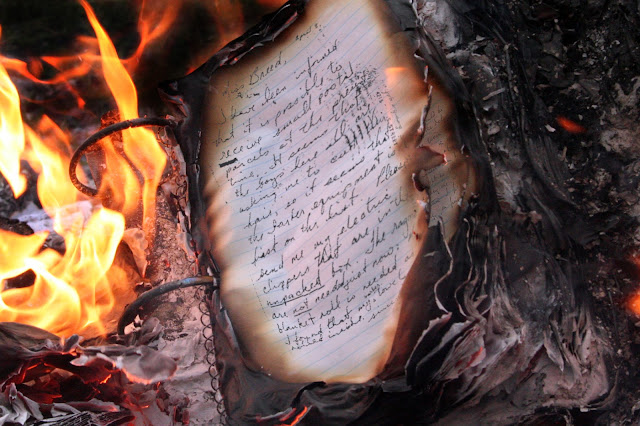 
My mother wrote letters constantly,
but many of hers vanished into flames.
Thank goodness for Nana,
or I would have hardly any of Mom's from this time.


Thursday, January 26, 1961
My mother wrote to her mother-in-law, Myrtle MacBeath:

Dear Mother:
Another week has gone, and I must get a line off to you.
I went to the hospital Tuesday for the B.M.R.
(basal metabolic rate) and arrived home Wednesday.
I won’t know for a while what the result of the B.M.R. is,
but I imagine it is all right.

The children have had colds this week; the weather changed so quickly.
I am not sending them to school until Monday.
It has been so cold outside, the worst we’ve had this winter.
The children are fine now.  Their colds weren’t much.

Don has been writing.  He seems to be very contented with his work.
I have been packing dishes and summer clothes in case we leave.
Mostly though, I have been washing.
It’s a big problem without the dryer.

Uncle Cecil drops in to see how we are.
Grammy and Aunt Nan have both had colds.
Also Mary Lou and David.  I guess it's on the go.

Louise is already talking about her birthday, and of course, Valentine’s Day.
She talked the school Red Cross into collecting clothes
for the Indians and sending them to the Red Cross.
The Red Cross evidently will send them wherever they request.

I must close now and write to Don.
With Love,
Sara 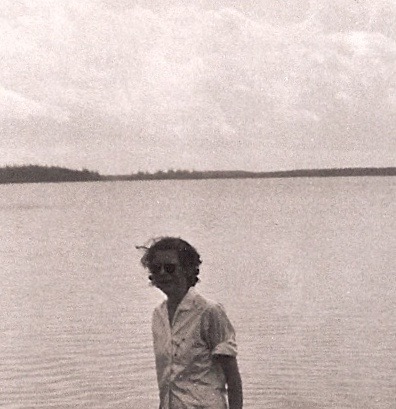 A Rare Photo of My Mother
on Lake Attawapiskat
Near Lansdowne House, 1961

I don't know how my mother did it:
five kids, ten and under, down with colds,
drying clothes outside in the winter air
on a clothesline that ran to an old apple tree,
packing for a move she wasn't sure we'd make,
squeezing in an overnight hospital stay for a test,
no car, and a daughter crazy for parties and Valentines.

Thank goodness for my Great Uncle Cecil,
who was hoofing it up and down the road checking on
his mother-in-law, Sara Cossaboom,
and his niece, Sara MacBeath,
not to mention caring for his own wife, Nan,
and looking in on his daughter-in-law
Mary Lou and his nephew David.

Meanwhile Kelsey, Mary Lou's husband,
the one person in the bunch with a car,
was keeping four households going
with grocery and medicine runs
and taking my mother to and from the hospital.
I miss those times of multiple generations
close by and helping each other out.

As for my Red Cross project ~
Never under estimate the power of a ten-year-old idealist!!! 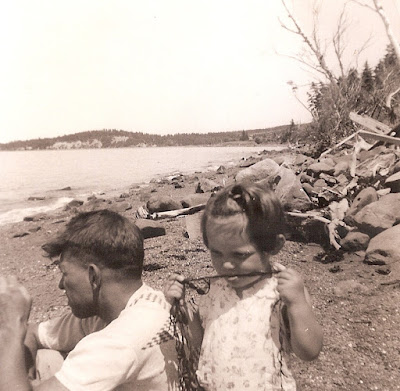 Notes:
1.  Basal Metabolic Rate:
The B.M.R. is the amount of energy needed to support the body’s most basic functions to stay
alive.  The test is meant to be performed when a person is at rest in a neutral, or non-stressful,
environment.  That likely explains why Mom spent the night in the hospital.  One thing the test
measures is the status of the thyroid, always a concern for my mother who had Graves Disease.

2.  Smith's Cove People:
Grammy:  My great grandmother, Sara Cossaboom
Aunt Nan:  My grandmother Ella's sister (both were daughters of Sara Cossaboom)
Uncle Cecil:  My Great Aunt Nan's husband; my substitute grandfather, since mine had died.
Mary Lou:  My "aunt" who was married to Nan and Cecil's only surviving child, Kelsey.
David:  My cousin, son of Mary Lou and Kelsey.  I adored my "Uncle" Kelsey. 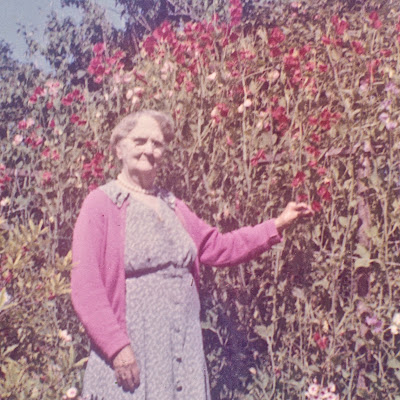 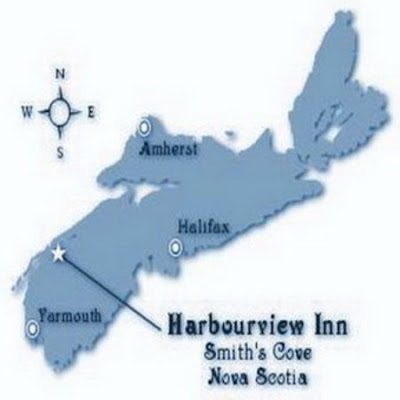