On the Road Again ... Picture of the Day


We got outta Dodge just before the snow started to fly!
We'll be in the warm Mojave sunshine later today.

Along I-70, passing through bands of rain and flurries,
we stopped at one of my favorite spots on the San Rafael Swell:
The Black Dragon Canyon. 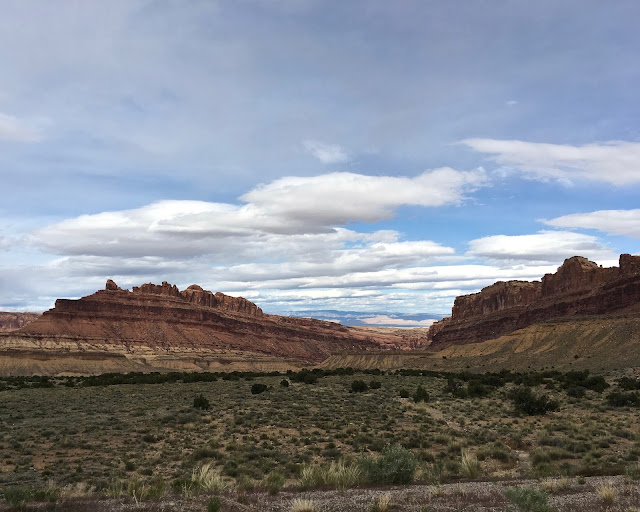 
No time to be fancy as Big T is pacing the floor ready to hit the road.

So quoting from Wikipedia:
"The San Rafael Swell is a large geologic feature located in south-central Utah about 30 miles (48 km) west of Green River, Utah. The San Rafael Swell, approximately 75 by 40 miles (121 by 64 km), consists of a giant dome-shaped anticline of sandstone, shale, and limestone that was pushed up during the Paleocene Laramide Orogeny 60-40 million years ago. Since that time, infrequent but powerful flash floods have eroded the sedimentary rocks into numerous valleys, canyons, gorges, mesas and buttes. The swell is part of the Colorado Plateau physiographic region."

Okay, gotta go ~ Terry just dragged my suitcase out the door!
Posted by Fundy Blue at 9:32 AM