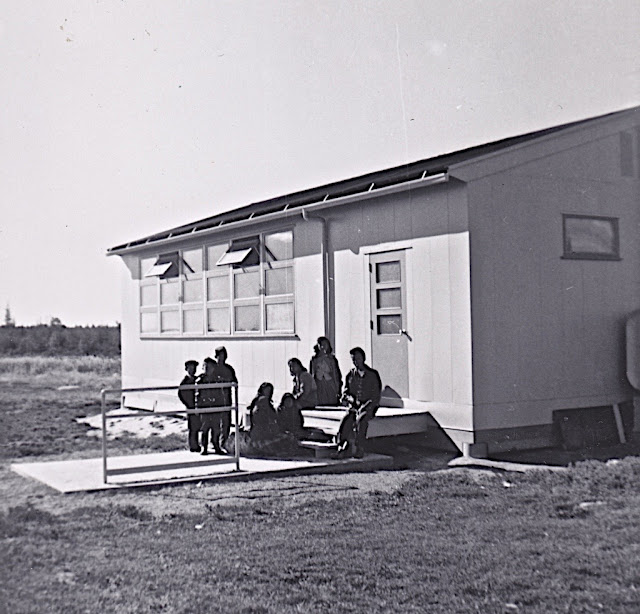 My father applied for the teaching position in Lansdowne House
in the summer of 1960 mainly out of curiosity,
and darned if he didn't land the job.

With the enticement of a good salary, a generous isolation allowance,
and the adventure of teaching Indians in the wilderness,
my father postponed his plans to return to Acadia University
to earn his Bachelor of Education degree and headed North.
I eagerly followed when my family joined him some five months later.

Both of us arrived in the remote community west of James Bay
knowing little about the reality of Indian schools in the Canadian North.
Both of us had experiences we never imagined and never forgot. 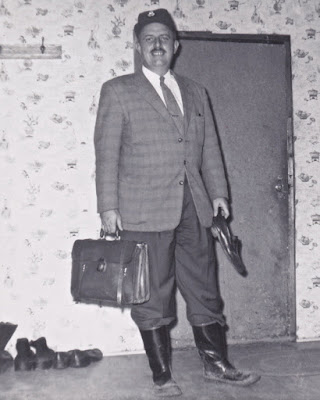 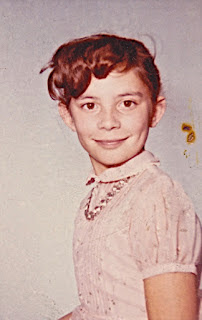 The Teacher and the Student
© M. Louise (MacBeath) Barbour/Fundy Blue
All Rights Reserved

The history of Indian schools, both day and residential,
in Canada is long, sordid, unconscionable, and tragic.

Much has been written about that dismal history
over the decades since my family was in Lansdowne House.

The Canadian Indian Residential School System primarily operated
from 1876 (with the passage of the Indian Act)
to 1996 (when the last government residential school closed).
Wikipedia

What people sometimes forget is that there were also community day schools,
like my father's Church of England school and Uno Manilla's Roman Catholic one.

The main difference between the two was that
residential students were separated from their parents for the school year,
and day school students returned to their homes after school each day.

Both were funded by the Department of Indian Affairs and operated by Christian churches,
like the Church of England and Roman Catholic day schools in Lansdowne House. 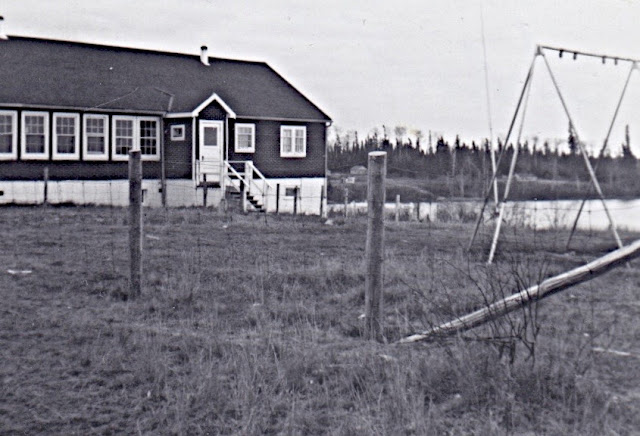 
The well-documented abuses that occurred in residential schools
also occurred in day schools throughout Canada.

In his unpublished handbook
"The Northern School Teacher" my father wrote:
"The primary purpose or goal of all Indian education
is the ultimate integration of the Indian population with the white population,
and the teacher has to familiarize her charges with the white man's way of doing things."

It sounds innocuous at first glance,
but it was anything but.
It was cultural genocide.

It was a deliberate attempt by government and church
to exterminate indigenous languages, traditions, and spiritual beliefs.

While my father and Uno did not intentionally harm their Indian students,
they were both tasked with teaching their students English,
familiarizing them with the dominant white culture,
and preparing them for assimilation into that culture.

Sadly, some people who were genuinely motivated
to work to improve the lives of Aboriginal people
found themselves operating in a system
initially designed to eliminate them. 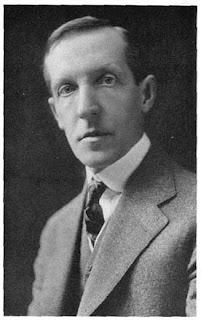 "I want to get rid of the Indian problem.
... Our objective is to continue
until there is not a single Indian in Canada
that has not been absorbed into the body politic
and there is no Indian question,
and no Indian Department ... ."
Wikipedia


Duncan Campbell Scott
Head of the Department of Indian Affairs
from 1913 to 1932.
Wikimedia


There were a number of events that altered my father's plans
to pursue a career with the Department of Indian Affairs,
but certainly one important factor was his increasing dissonance
over the purpose of Indian education and the results
he observed throughout his time in northern Ontario. 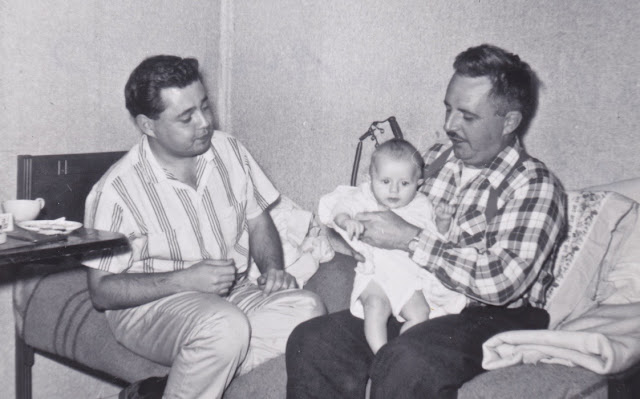 Aboriginal children who were educated under this system
often felt they did not belong in Aboriginal or white society.
They were not skilled in their traditional ways,
nor did they receive an adequate education to function in white society.
Their feelings of worthlessness rippled down through the generations,
and it led to alcoholism, substance abuse, and suicide.

I didn't have to read any of the vast number of pages
written about Aboriginal history in Canada to know this.

I have been haunted throughout my life
by the stories my Ojibwa friends shared,
by the suicide of one of my young Ojibwa friends,
and by the drawn-out, death-by-alcoholism of a Métis friend.

My father wrote his handbook in an effort to acquaint
the novice white teacher with the real challenges
of teaching in the Indian day schools of the North.

He adopted an "informal, reminiscent, and chatty manner" in his handbook
in an effort to inform the new teacher "without scaring him or her unnecessarily." 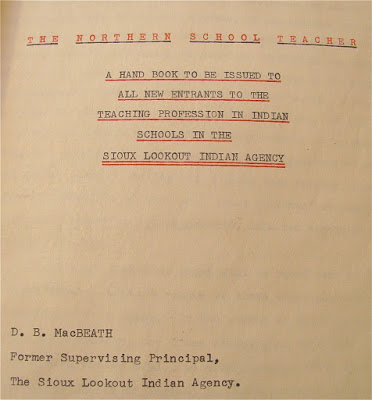 
My father wanted to provide new teachers with practical information,
unlike the "so-called introduction" he received
during "a one day indoctrination course" before going North.

He wrote:
"Far from being encouraging and informative,
the introduction that I received during my orientation course
was a veritable nightmare of half-truths, outright falsehoods,
rumors, and misrepresentation of facts."

The experience left my father so "mixed-up, frustrated, and apprehensive"
that he almost resigned on the spot and returned  to Nova Scotia.

When my father arrived in Lansdowne House,
he walked into a new one-room school with no furniture or desks,
limited supplies, and no school records.

He arrived a week late because of bad weather
that had prevented him from flying into the community.
Some of his students had already disappeared into the bush
headed for the winter traplines with their families,
their parents having concluded there was no school that year.

My father was on his own, or so he thought.
He quickly discovered that the small number of white people
in Lansdowne House would rally to help him. 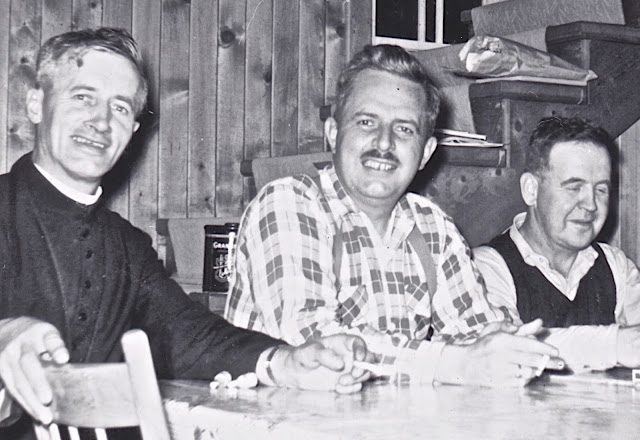 2.  Father Ouimet and Brother Bernier:
They were members of the Missionary Oblates of Mary Immaculate,
a missionary religious congregation in the Roman Catholic Church.

3.  My father's Unpublished Handbook:
The Northern School Teacher:  A Hand Book To Be Issued To All New Entrants To The Teaching
Profession In The Indian Schools In The Sioux Lookout Indian Agency, 1966,
Page 14 (Body) and Page 1 (Introduction).