In my first year at Acadia University,
I considered majoring in biology.

I quickly abandoned that plan when I observed
an experiment in my Biology 100 Lab. 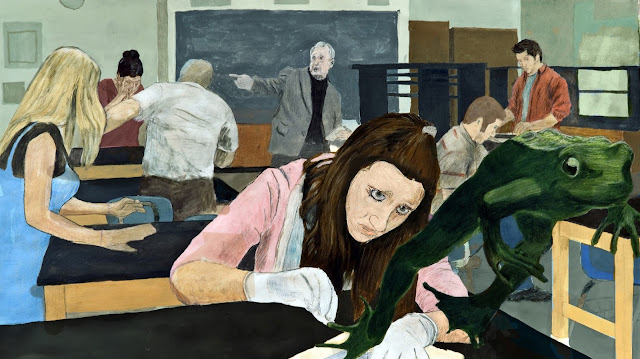 
My instructor picked up a live frog,
stuck a needle into the base of its skull
and wiggled it around to destroy the frog's brain.
To my horror, the noun pith became an unforgettable verb.

Then he proceeded to dissect the immobilized frog,
so we could observe its beating heart, working lungs,
and leg muscles contracting with electrical stimulation.

Since frogs can breathe by absorbing oxygen from the air
through their skin, they remain "alive" after their brains
have been destroyed and their living physiology can be observed.

The instructor calmly assured us
that the pithed frog could not feel any pain.

Intellectually I accepted that,
but the revulsion I experienced
ended any thoughts of a biology major for me.

I switched to geology,
because rocks don't scream when you cut them. 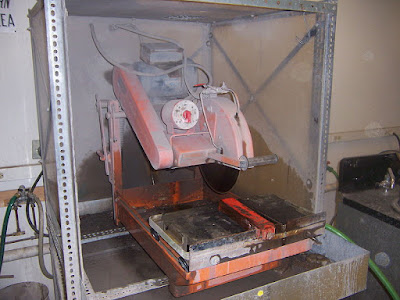 
I never looked back!

I had always been interested in rocks and fossils,
but now I fell in love with geology
because it was Stories Written in Stone:
Stories spanning unfathomable stretches of time
playing out in the past, present, and future.

I learned to read the rocks
and understand their majestic stories.
I became a wonder-filled traveler in time.

In future Written in Stone posts,
I hope to share my wonder. 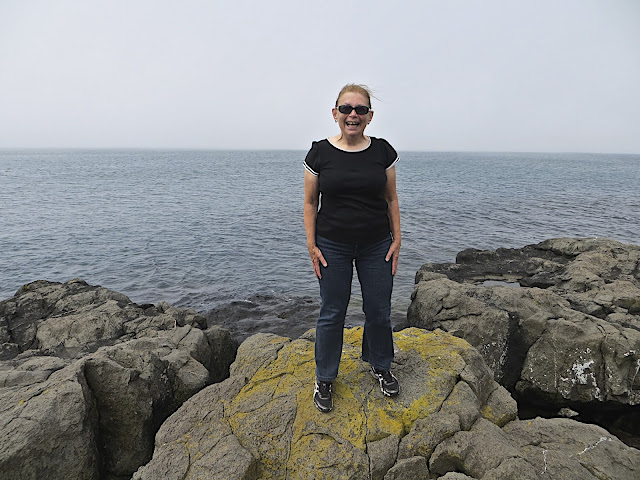 An Enduring Love
North Mountain Basalts on the Fundy Shore:
They were the first rocks I learned to identify.

Email ThisBlogThis!Share to TwitterShare to FacebookShare to Pinterest
Labels: Written in Stone