Recently I finished reading a brilliant memoir by Oliver Sacks.
This book had languished for years on a shelf full of books that I intend to read.
I had passed it over many times, because chemistry is my nemesis; and this book,
Uncle Tungsten:  Memories of a Chemical Boyhood, is loaded with chemistry.

A persistent antagonist, chemistry has haunted my nightmares for a half century.
The moment I see a blackboard with chemical equations enter a dream,
I know I have crossed a boundary into nightmare. 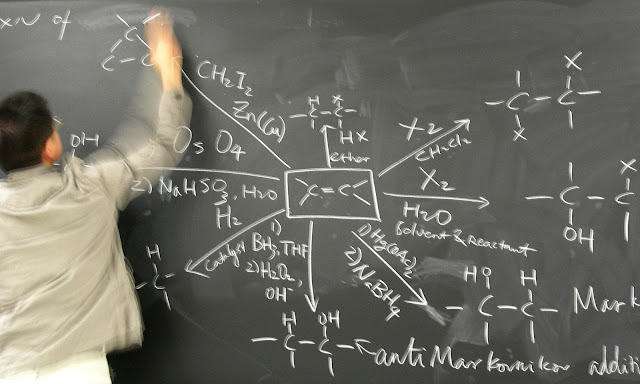 
My personal history with chemistry is checkered,
star-crossed from my first exposure to it in Grade 9.

I approached the subject with great optimism
because of a lifelong interest in science.
My teacher Mr. McLean was cool.
Not only did he teach science,
he was the staff advisor for our drama club.

My most vivid memory of our ninth grade science class is humiliating.
I had been looking out the window at the woods by St. Mary's River,
and I made the mistake of asking Mr. McLean
if he thought trees could communicate.
After my teacher and the class stopped laughing,
he flat-out told me no and that I'd be better served
if I looked at the blackboard instead of out the window. 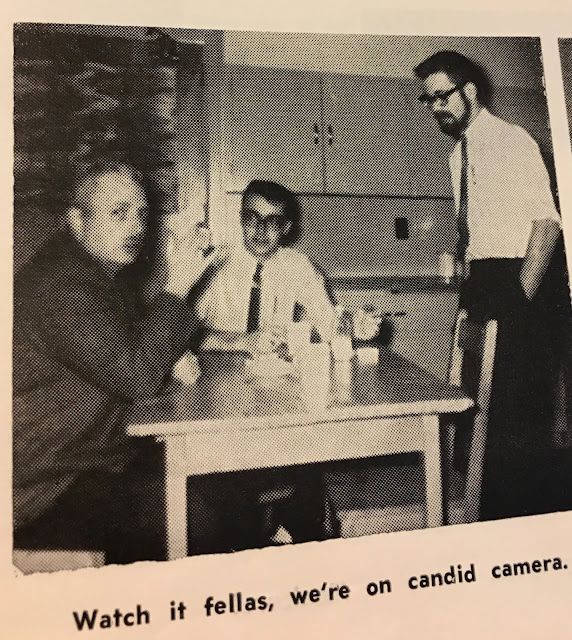 In Grade 10 Mr. Sharma arrived from India
to teach us science and math.

That's when I hit a wall
with chemistry.
I could not grasp canceling units
when using math
to solve chemical equations;
heck, I couldn't understand
using letters in beginning algebra.


But I did get that Mr. Sharma's intellect and curiosity were wide-ranging
and that he was determined to broaden our thinking.

"As much as you believe in Jesus Christ, I believe in reincarnation,"
I remember him challenging our class, wagging his finger
at a class clown who had made fun of his religion.
Off we went on a passionate philosophical debate.
We so loved bird-walking Mr. Sharma

He one of the reasons I became a teacher.


My senior year, Grade 11,
found me in a new village, a new school,
and with a new science teacher, Mr. Malik.

He, too, was from India,
one of many talented teachers
who immigrated to Nova Scotia
to help solve its shortage
of science and math teachers.

He found my classmates and me frustrating
because we weren't as diligent as his Indian students at our studies,
and he felt hindered as a teacher
because our school lacked a laboratory and basic scientific supplies.
He did not give into discouragement, though.
He forged on, determined to spark a passion for chemistry in us.

I could appreciate the audacity of chemistry which sought
to explain the nature of matter, the physical foundation of the universe.


I could see the
beauty and economy
in its symbols and equations.

But regardless of how many
late nights I spent scribbling
on a blackboard at school
while my parents worked,
I struggled to manipulate its
formulas and shortcuts
to arrive at the correct
solutions for problems.

Onto Acadia University, Chemistry 100, and Dr. Zinck.
Chemistry 100 was the gateway course you had to pass
as a prerequisite for many upper science classes.
Consequently, it was about the largest undergraduate course on campus.

Over one hundred of us slogged through this course
driven onward by this strict, determined, and innovative professor
who brooked no nonsense and kept us in assigned seats
until he learned the name of every student and the face that went with the name.

I plodded on, largely lost in class, a disaster in the lab.
I scraped through pop quizzes and scheduled tests.

Then one glorious day, Dr. Zinck passed a graded test back to me ~
He insisted on handing every student his or her test.
He looked at me keenly and said, "What happened to you?" 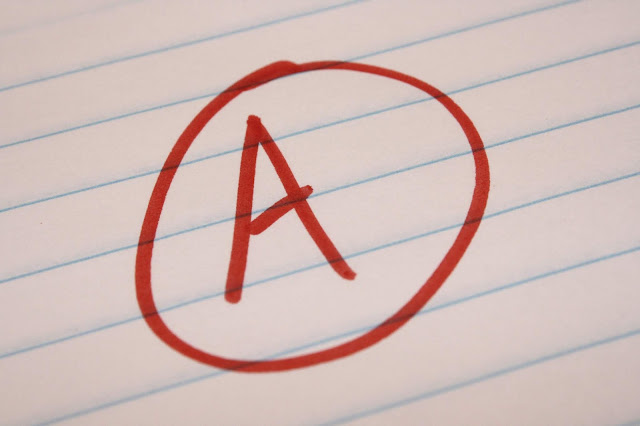 
From that day on, I was a marked student.
He moved me up front, fifth from the left (facing him)
where he could keep a careful eye on me.
I was mortified, sure that Dr. Zinck thought I had cheated.

Horrified, humiliated, and intimidated,
I couldn't confront him and tell him I did so well
because the quiz contained no math, only concepts.
He failed me at the end of the year-long course.

During the summer of 1968 I had a student job at Acadia's library.
By day I organized and catalogued the university's photo collection,
and by night I slaved over chemistry and its perplexing calculations
preparing to take a supplementary exam
in late August before the new university year began.

My lease on my summer apartment ended several days before the exam,
so I stayed with a friend Mary and her family,
pulling two all-nighters studying chemistry.

The morning before my Monday exam I accompanied
her large Roman Catholic family to Sunday Mass
and decided to participate in Communion, even though I was Baptist.

Strung out from lack of sleep and overwrought by my approaching exam,
I fainted as the priest held out the Communion Cup for me to sip Christ's Blood.
I pitched right into him, and he caught me on the way down.

I have no memory of Mary's parents getting me
out of the church and back to their home,
but I do remember her mother giving me hot soup,
tucking me into bed, and confiscating my chemistry text.
I slept until the next morning and then wrote my exam.

My Baptist father joked about this incident: "That's what you get
for taking Communion in a Roman Catholic church." 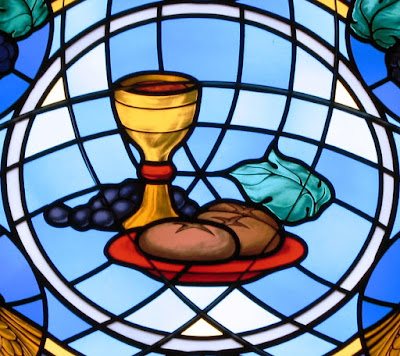 
Later that week I attended a Pep Rally in front of University Hall.
Who should be there but Dr. Zinck, and he spotted me right away.

He worked his way over to me and said, "You passed your supplementary exam,
barely, but I failed you anyway.  I thought it would do you good to repeat the course."

Well, I was so pissed off, that I marched into the Registrar's Office
and signed up to take Chemistry 100 again with Dr. Zinck.
I could have taken Dr. Peach's Chemistry 100 instead,
but I wanted to prove to Dr. Zinck that I was a serious, non-cheating student.

I'll never forget the first lecture of my repeat year in chemistry.
Dr. Zinck looked around and said, "I see we have a few familiar faces back."
He looked at me and said,
"By the way, if your name is Myrtle Louise and you use Louise,
please let me know.  But I'll still call you Myrtle anyway."
Floor swallow me whole please!

Almost a decade later, this Glutton-for-Punishment
decided to take another stab at first year chemistry,
not because I had to but because I wanted to.

I landed in Dr. Olmsted's half-year course
at Cal State Fullerton in Southern California.
Slide rules were out, computers with punch cards were in.

My takeaway?  Along with a B!
Some chemical reactions are not reversible,
a fact Dr. Olmsted impressed
on his own small children at breakfast
by having them toast bread
and try to reverse the reaction
by putting the toasted bread in the freezer.

Out of facts like this,
elementary teachers are born!

Chemistry and I have continued to struggle over the decades,
but I never fully abandoned it,
even if it continued to haunt my nightmares.

Why couldn't I just let it go?
Because one day during my first year in Dr. Zinck's class,
he called me up to peer into some kind of a spectroscope
and describe what I saw to my classmates.

OMG ~ I was seeing the light energy (photons) emitted by excited electrons
as they jumped from a higher atomic shell to a lower one.
I don't remember the elements in the compound being analyzed,
but I remember the thrill, the wonder of the bright-line spectra on the screen.

That was the test topic I scored 96% on.

Spectra of Hydrogen and Helium
Wikimedia


Looking back on my life, I like to remember my chemistry teachers
and how they touched my life, especially Dr. Zinck.

For decades I thought he was punishing me for cheating when he failed me
and that he was mocking me by making fun of my name in front of 100+ people.

After teaching hundred of students myself, I realize that
perhaps he really was challenging me
and trying to welcome me back to his class ~
After all, I could have slunk into Dr. Peach's section.

I like to think my chemistry teachers would be happy
to know that I was not a lost cause,
that I introduced hundreds of young children to the wonders
of the physical world and rudimentary chemistry.
We had such fun making molecules, defying gravity,
playing "States of Matter" (a crazy game I made up),
exploring white light spectra with prisms,
learning simple symbols and formulas
and big words like photosynthesis and electromagnetic spectrum. 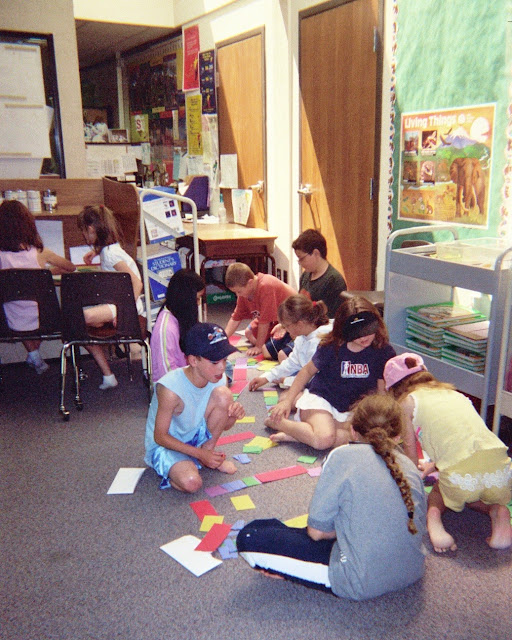 I'm really glad that I found the courage to take Oliver Sack's memoir
Uncle Tungsten off that shelf and finally plunge into it.

Sacks spent his early childhood in northwest London just before the Second World War.
Like many children, he was separated from his parents
and evacuated into the English countryside to escape the London Blitz.
He found himself in a grim boarding school under the rule of a sadistic headmaster
and coped by escaping into numbers, plants, and metals.

When Sacks returned home after four years,
his love of metals grew into a passionate exploration of chemistry.
Encouraged an extended family of eccentric doctors, scientists and inventors,
he experimented with elements and compounds in his home laboratory.
Sacks was determined to unlock the mysteries of the periodic table
and recreate the discoveries of his chemical heroes.

As I accompanied Sacks on this journey, I found myself
right back in Chemistry 100:  in a good way, in a wonder-filled way.
He loved chemistry and pursued an understanding of it with delight and joy,
and this delight and joy permeates his luminous memoir.
I'll read it again, simply for the love of !@#$%^ chemistry. 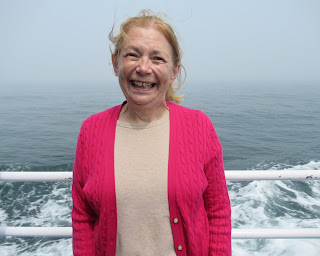 Email ThisBlogThis!Share to TwitterShare to FacebookShare to Pinterest
Labels: Chemistry