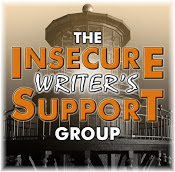 Stephanie Espinoza Villamor, C.D. Gallant-King, Tara Tyler, Mark Alpert, Olga Godim, Steph Wolmarans, Charles Kowalski, Kim Mannix, Elizabeth Mueller, and Deniz Bevan.
Dark Matter:  Artificial was released on May 4, yesterday.
I can't wait for Amazon to deliver my copy.
You can order your copy here:
Print copies of Dark Matter: Artificial are available at Amazon, Barnes and Noble, and from the publisher, Dancing Lemur Press! eBooks are also available.
I also can't wait to see the genre and theme for this year's anthology contest
which will be revealed today on the IWSG website. 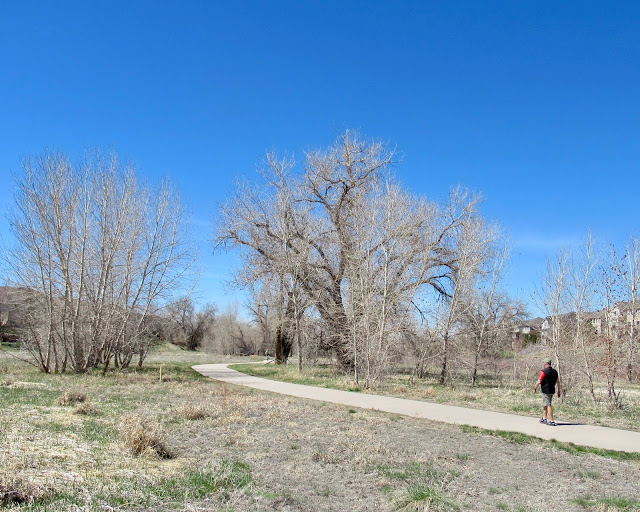 On the Verge of Spring ~ Terry Walking in the Park
Aurora, Colorado, USA
Friday, April 30, 2021
© M. Louise (MacBeath) Barbour/Fundy Blue All Rights Reserved
April has been a challenging time for Terry and me.
Terry suffered a serious heart attack on April 10th.
He was very, very lucky to survive, and it's still hard to believe it happened.
Our lives were upended, but we are learning to live with this new reality,
and Terry's prognosis is good.
He's walking most days, as much as two miles at a time, weather permitting.
Hopefully yesterday was winter's last gasp,
a dank day of snow spitting from a sullen sky
when it wasn't dumping torrents of icy rain.
We are so ready for spring! 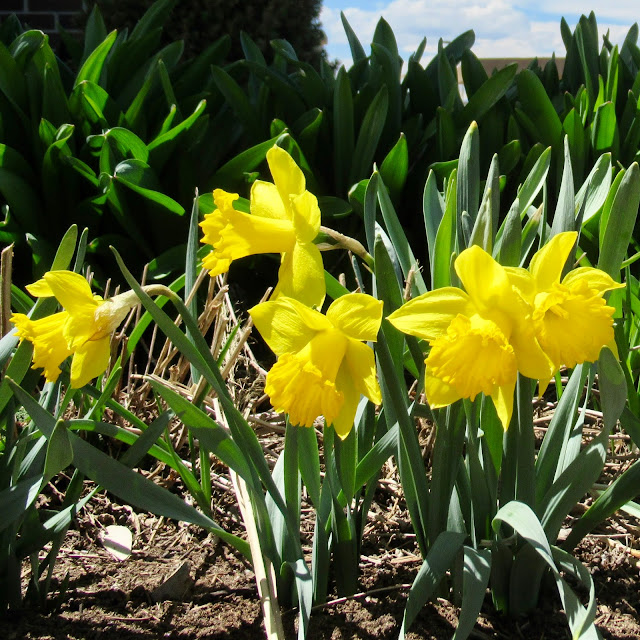 Cheerful Harbingers of Spring
Aurora, Colorado, USA
Sunday, April 25, 2021
© M. Louise (MacBeath) Barbour/Fundy Blue All Rights Reserved
I haven't been writing.
I've barely been blogging.
I haven't managed to stay on top of comment moderation
which I accidentally enabled mid-month.
I've fallen terribly behind in replying to comments.
This is the story of my April: 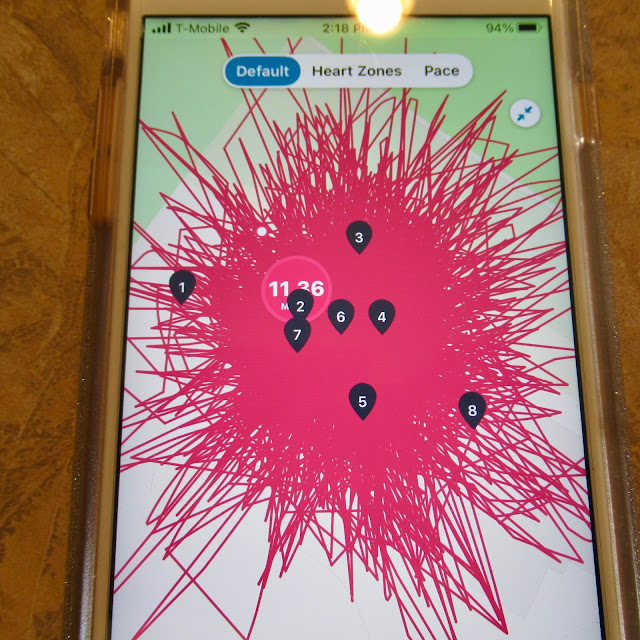 I found that blob on my phone when I was trying to figure out why
I had been credited with an 11-minute-57-second run on my fitbit
on the second day after Terry was discharged from the hospital.
Understand I am no runner.
I'm not even allowed to run for medical reasons.
I have never, ever, in all my fitbit-wearing years, been credited with a run for exercise.
It turns out that was how my fitbit tracker recorded my 19,124 steps that day,
and the numbers 1-8 are "laps" I did on my "run."
That's all inside our home; I didn't even make it out to the mailbox.
LOL!
The next day I hit 26,613 steps and the day after that 19,893,
but I wasn't moving fast enough to hit the threshold of a continuous ten-minute run.
I only was credited with walks. 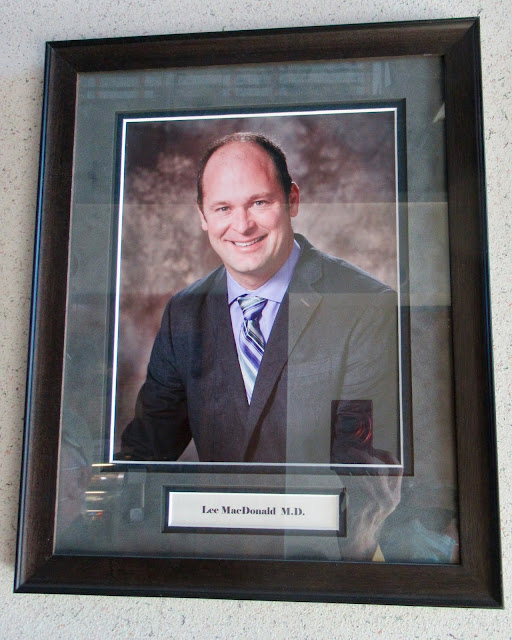 The Amazing Doctor Who Saved Terry's Life
Things are calming down.
I no longer feel like a frantic bushy tailed woodrat.
I'm no longer running in circles.
I'll get on top of things again.
I'll start writing again shortly.
I will check comment moderation today.
I will answer comments.
I appreciate you all so much!
Happy writing in May!