Happy summer, everyone!
This June Terry and I had the good fortune to spend two weeks
in Terry's sister's and brother-in-law's flat in Notting Hill, London.

London Skyline
The Old and the New 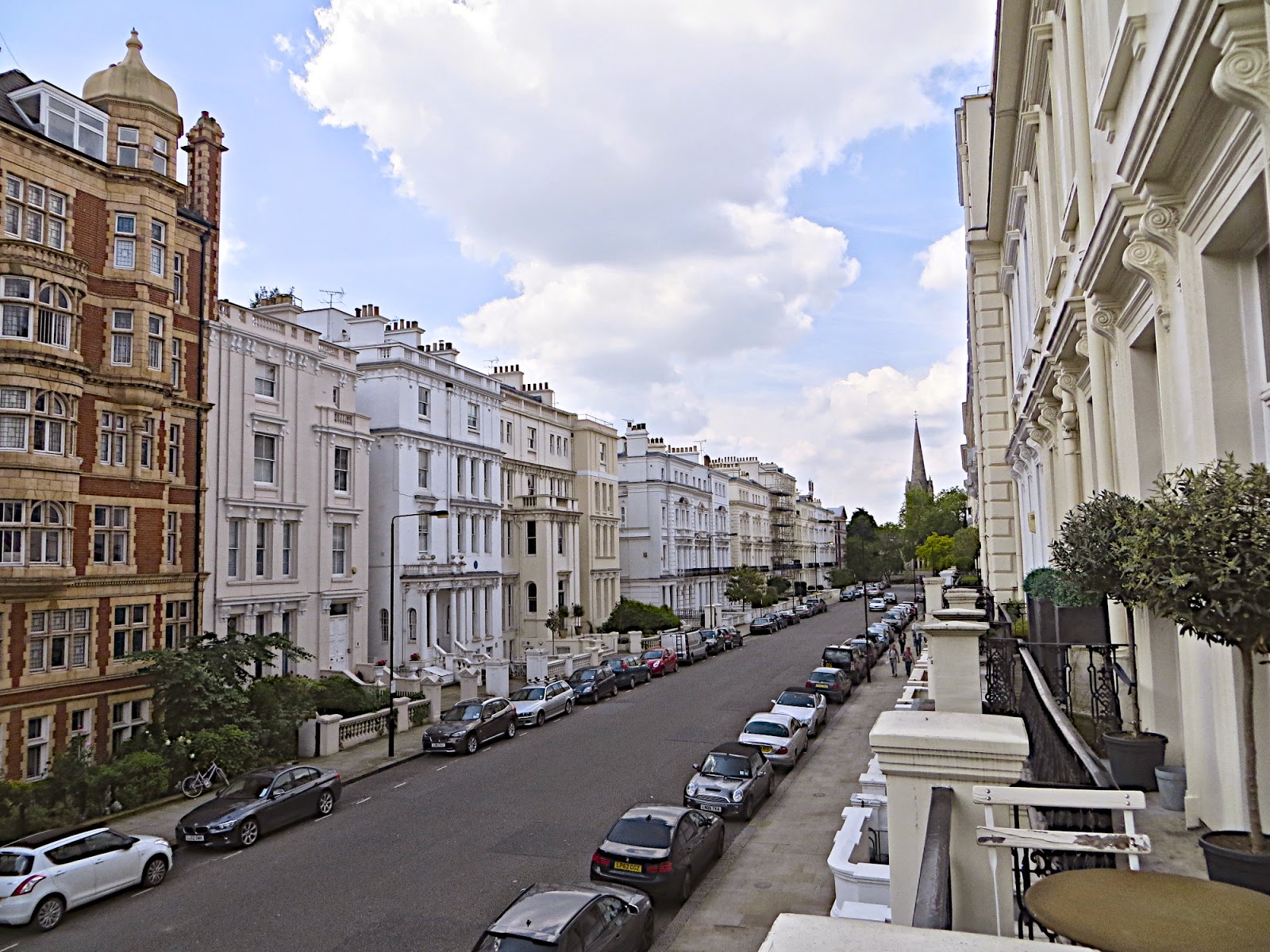 View From Our Flat in Notting Hill 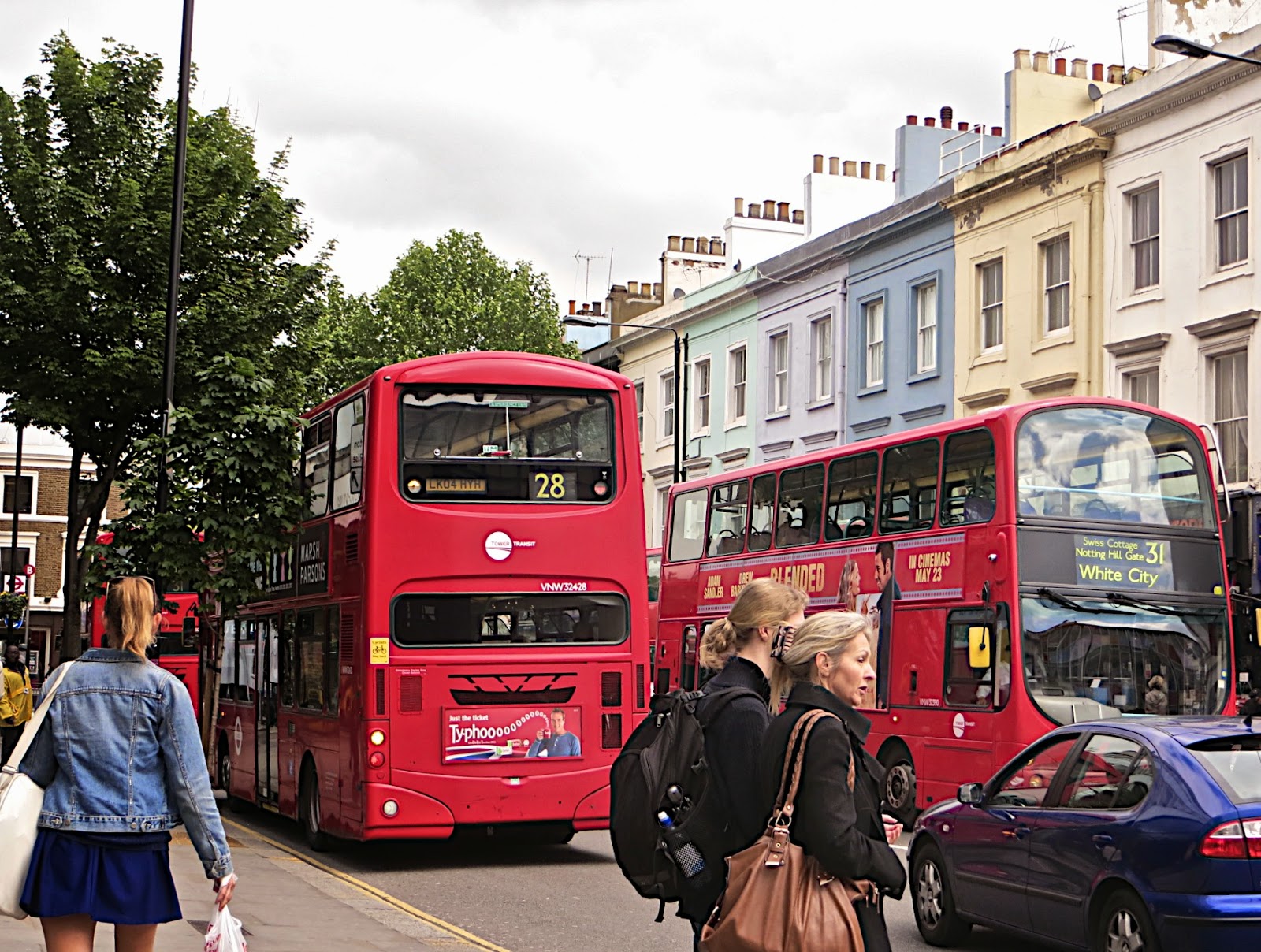 B is for … Buses,
and so many iconic London things:
Beefeaters, Buckingham Palace, street buskers, the British Museum,
bobbies, telephone booths, Big Ben, Anne Boleyn, bearskin hats,
and Barbour stores (iconic for me ~ I'm a Barbour).
I could do a whole post on Bs! 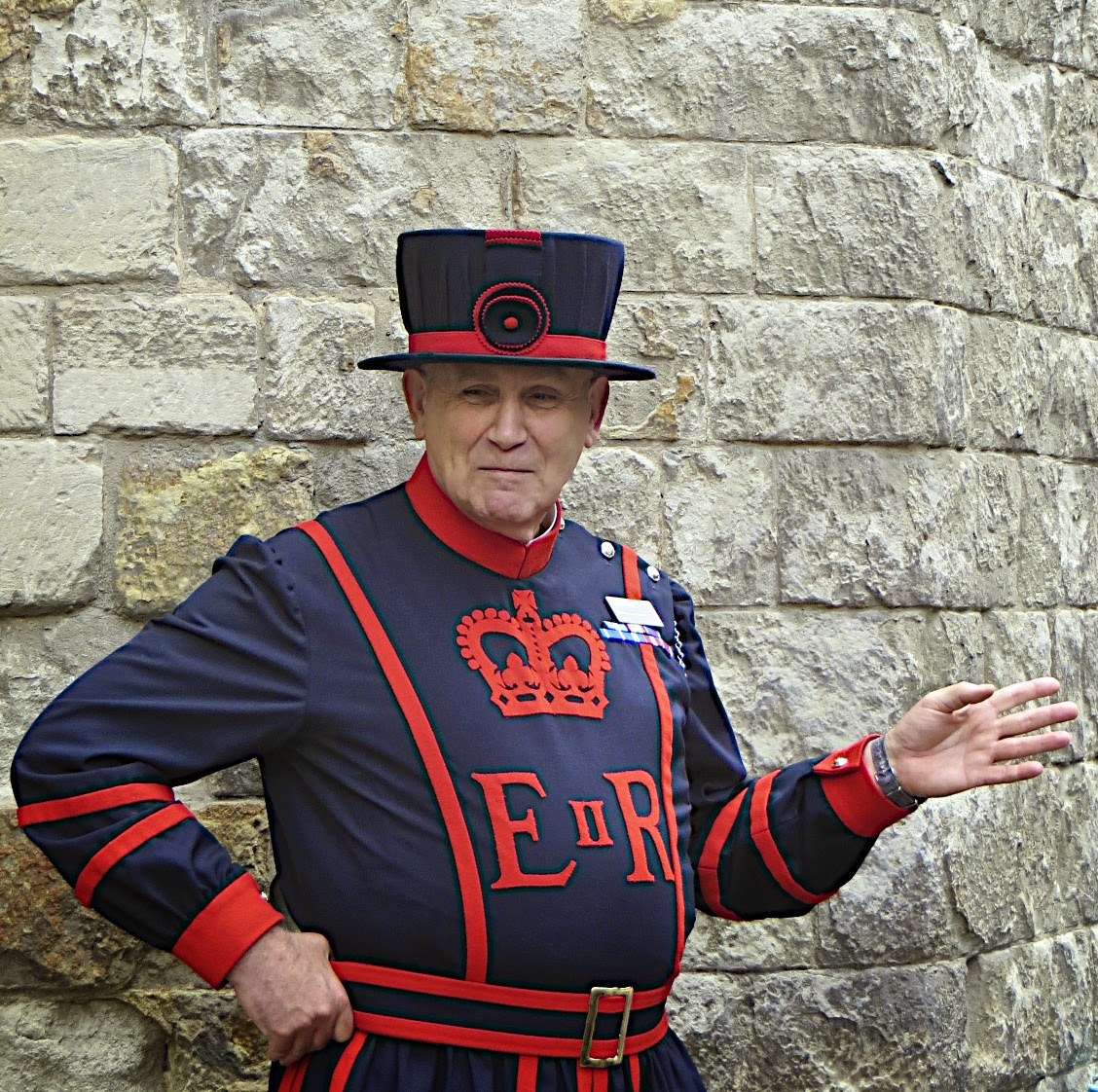 B is for … Beefeater,
and we had a fascinating yeoman warder as our guide.
Their official duties include looking after Tower prisoners,
safeguarding the crown jewels, and guarding the Tower of London.

Today they also act as tour guides
and are tourist attractions themselves.
The yeoman warders were formed by Henry VII in 1845,
but their origins can be traced back to the eleventh century
when the Tower of London was constructed.

Two interesting things I learned from our guide
were that the yeoman warders
must live in the Tower of London
and that one of them guards the Tower ravens,
because legend has it that the tower and monarchy will fall
if the ravens ever leave the tower grounds.
Source:  britannica.com 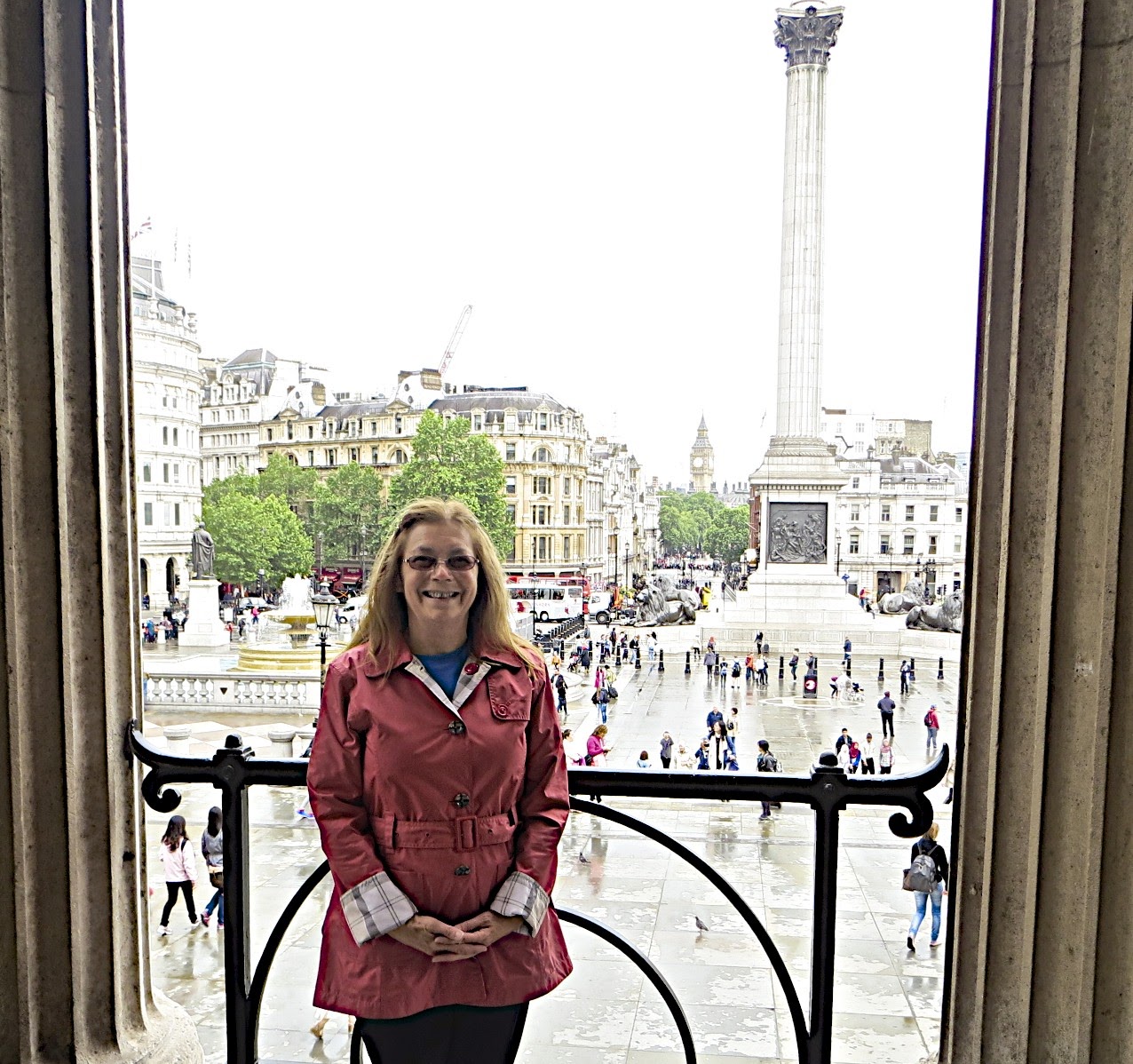 A Barbour in Her New Barbour Trench Coat
Trafalgar Square
(This is for Kezzie!  My favorite London Fashionista!) 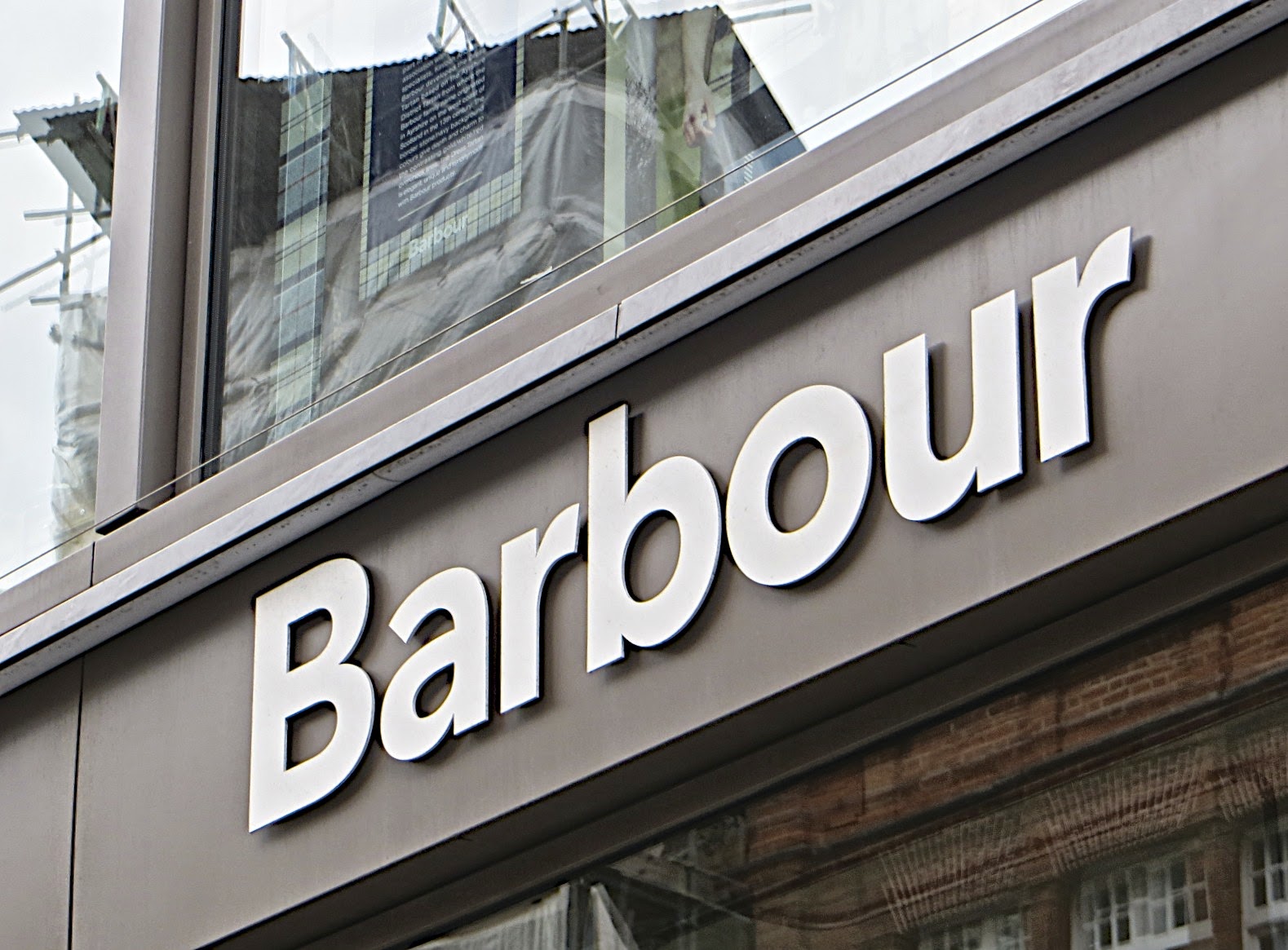 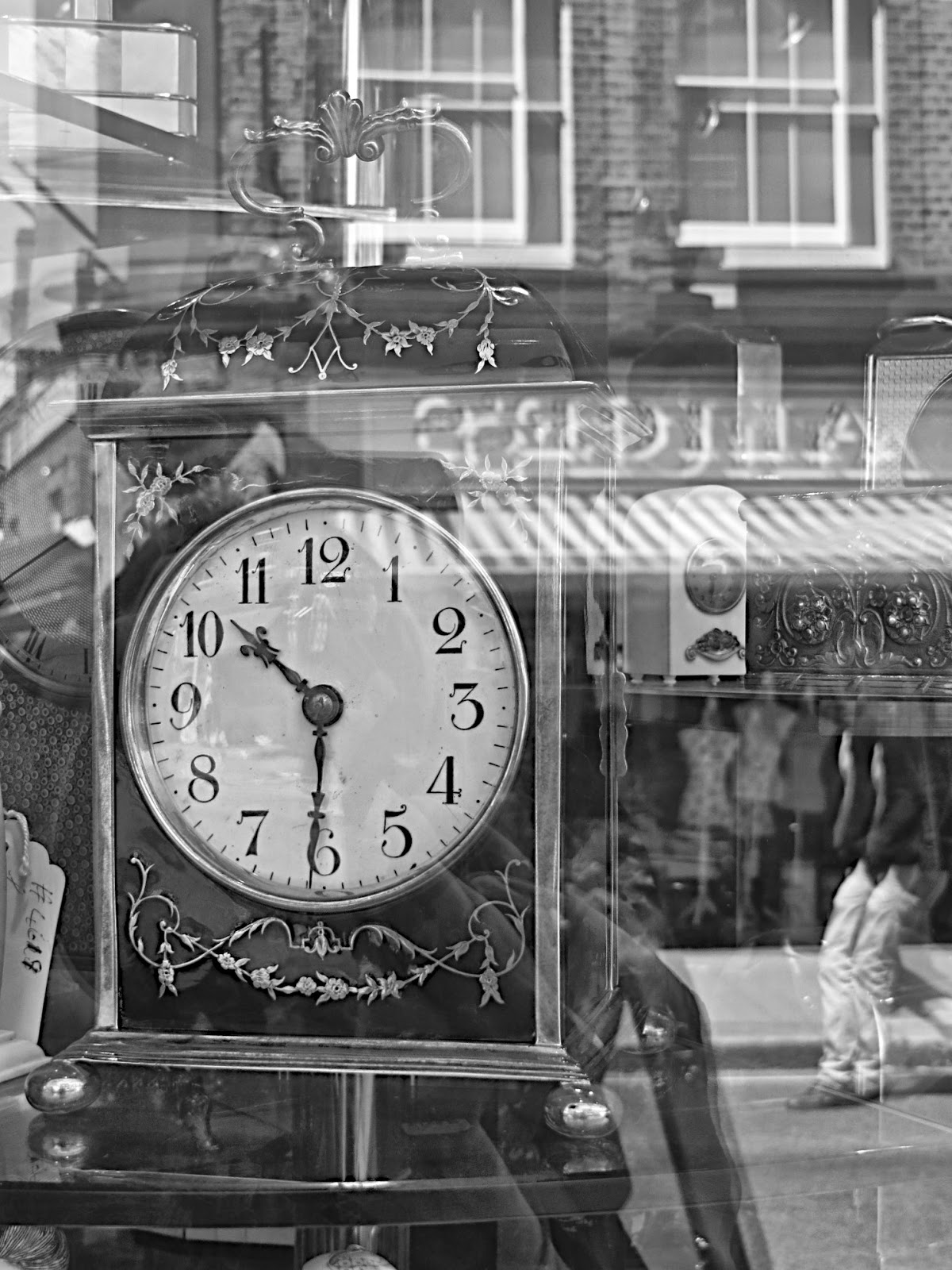 10:00 Hour in the Morning on Portobello Road 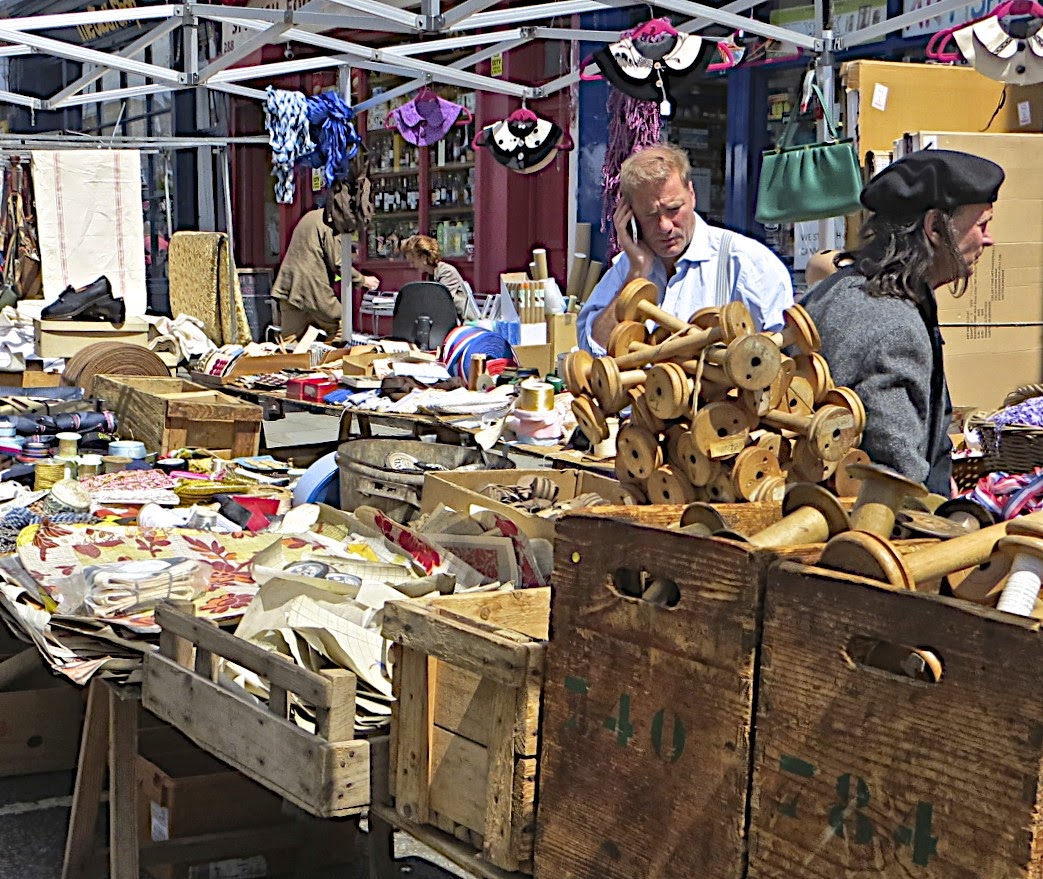 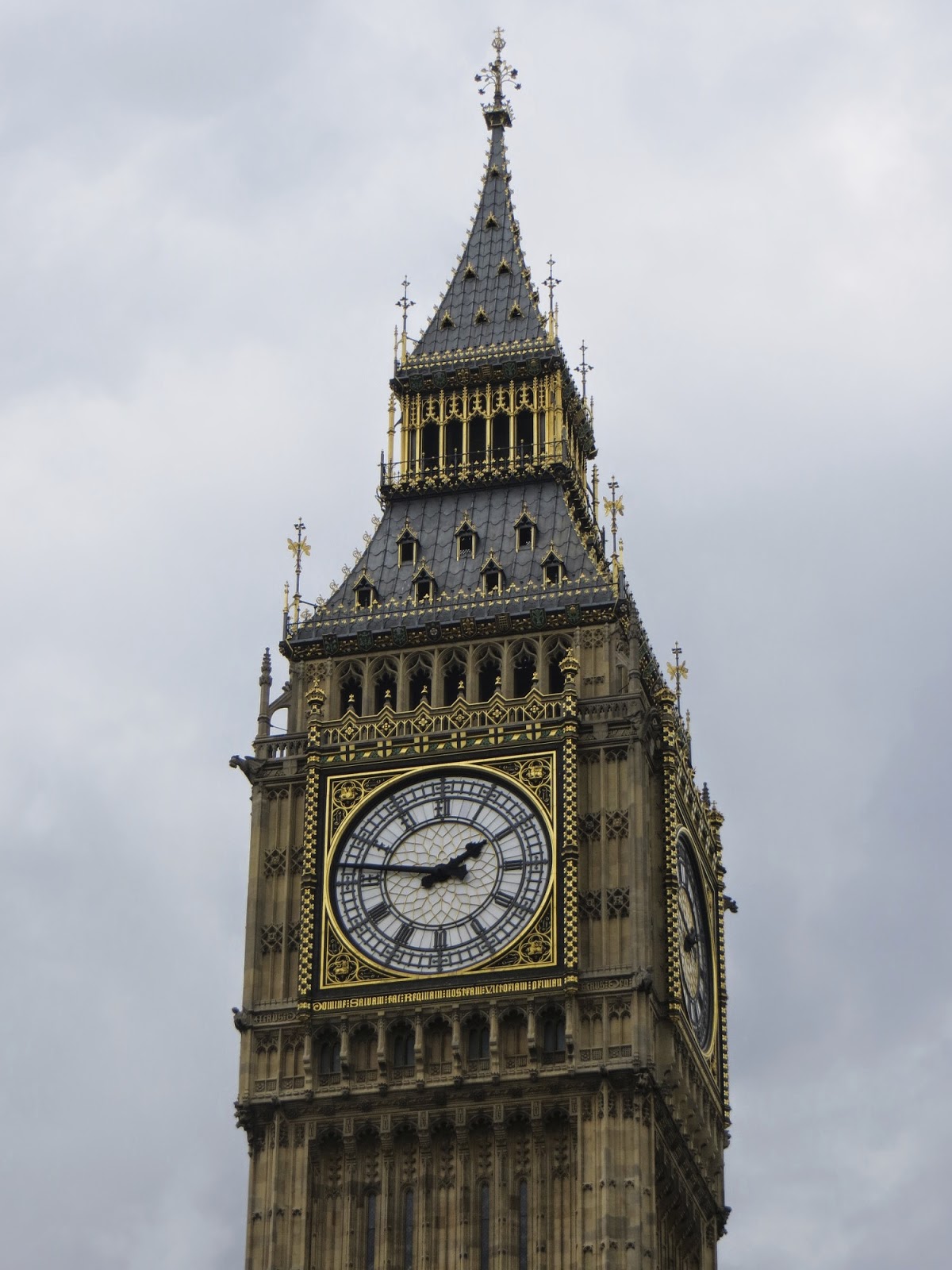 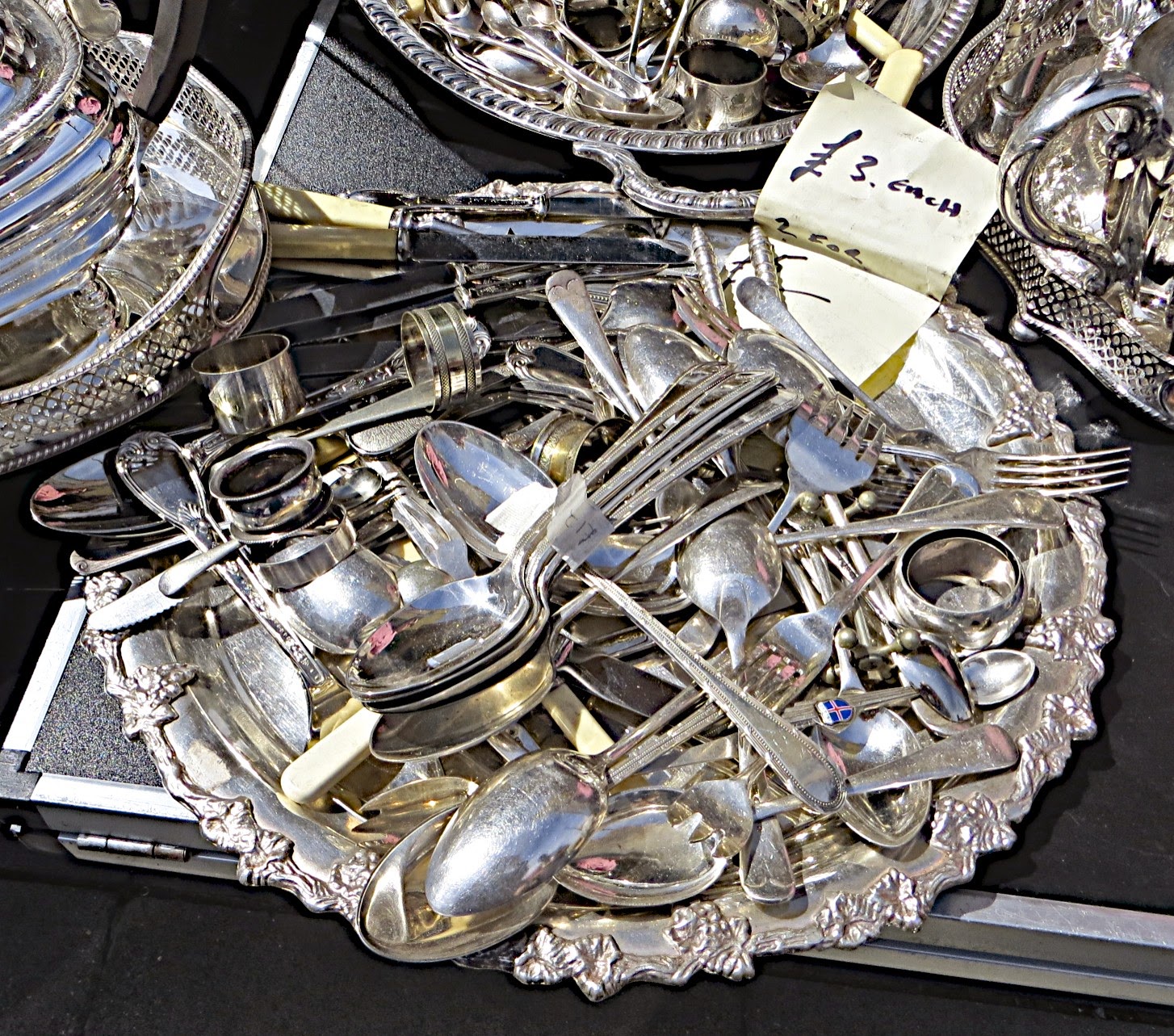 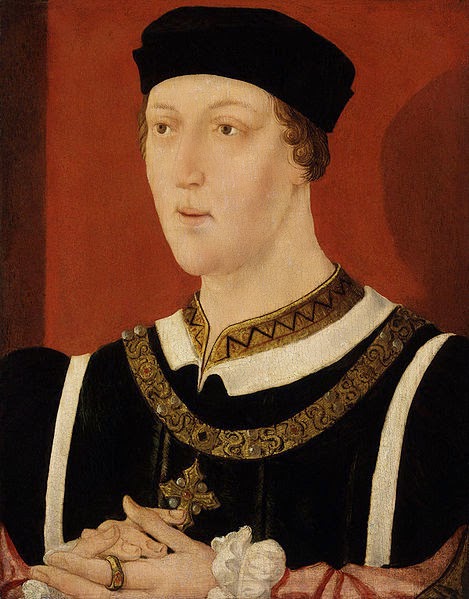 
King Henry VI was the last Lancastrian king,
reigning from 1422-1461 and from 1470-1471.
His mental instability and his gentle, pious personality
led in part to the Wars of the Roses.
Henry VI was deposed and imprisoned in 1461.
Nine years later he was restored to the throne as a puppet king.
He was murdered in the Tower of London
on the night of May 21st/22nd, 1471.
Source:  englishmonarchs 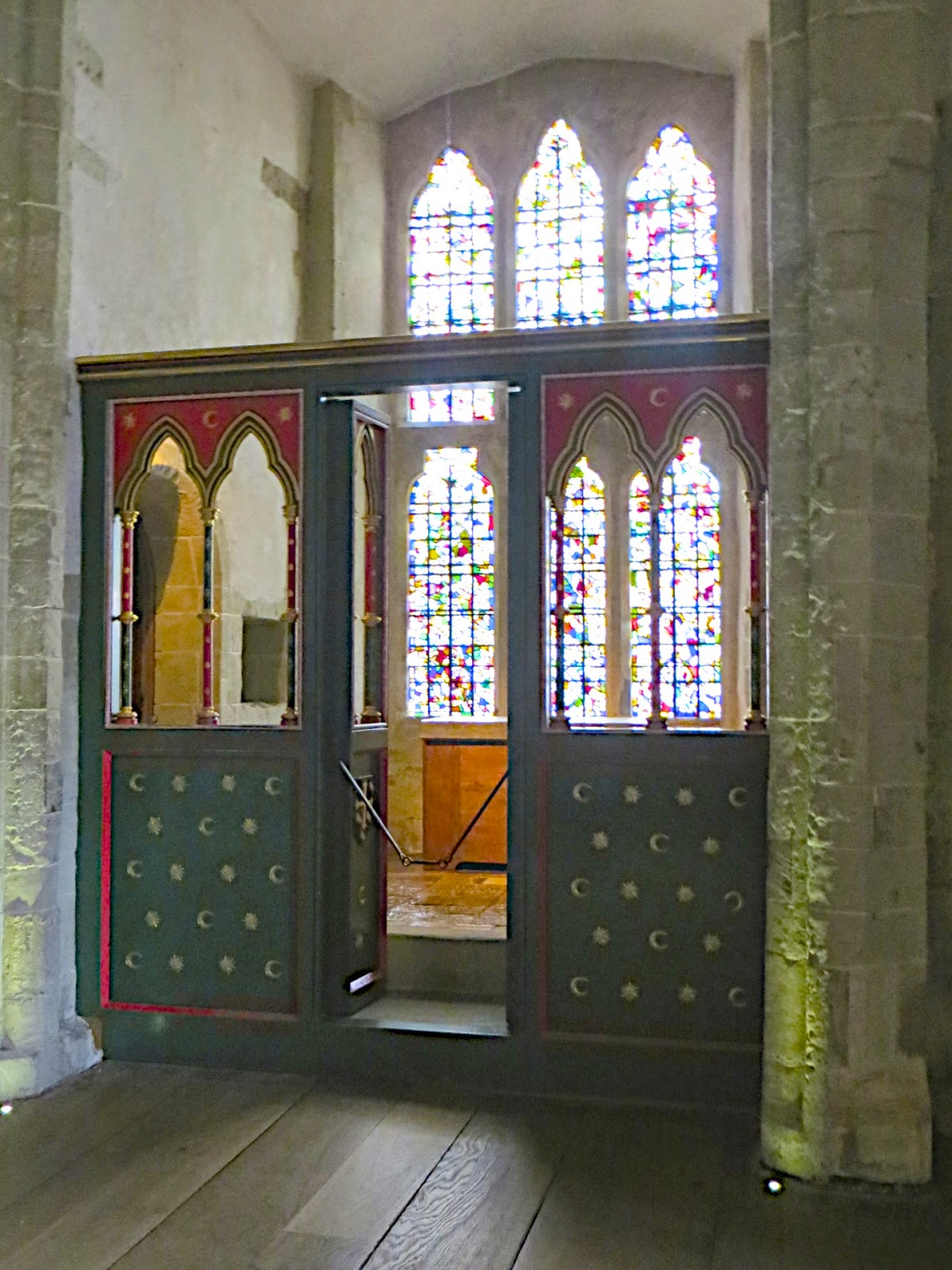 The Chapel Where Tradition Says
That Henry VI Was Murdered 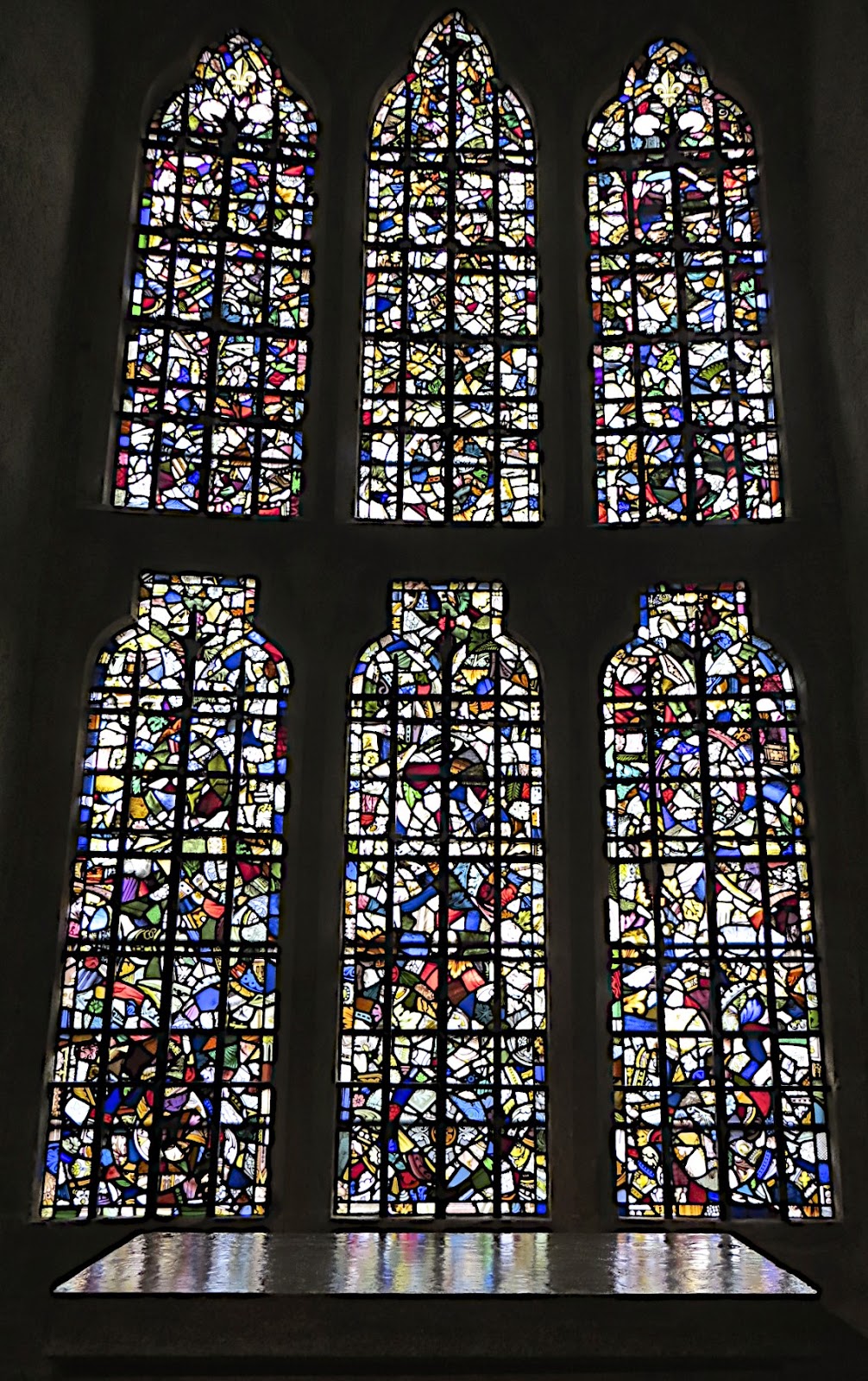 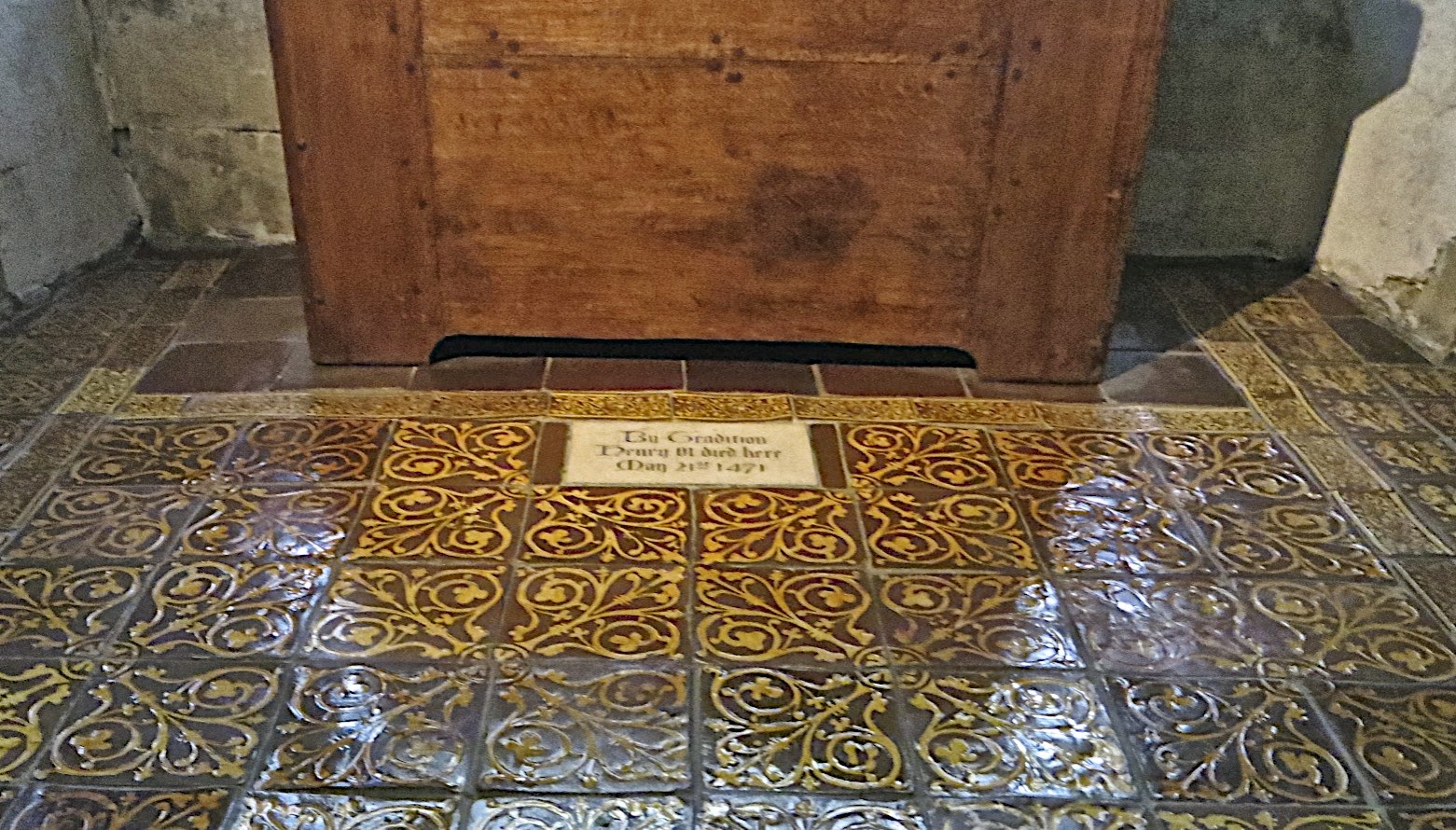 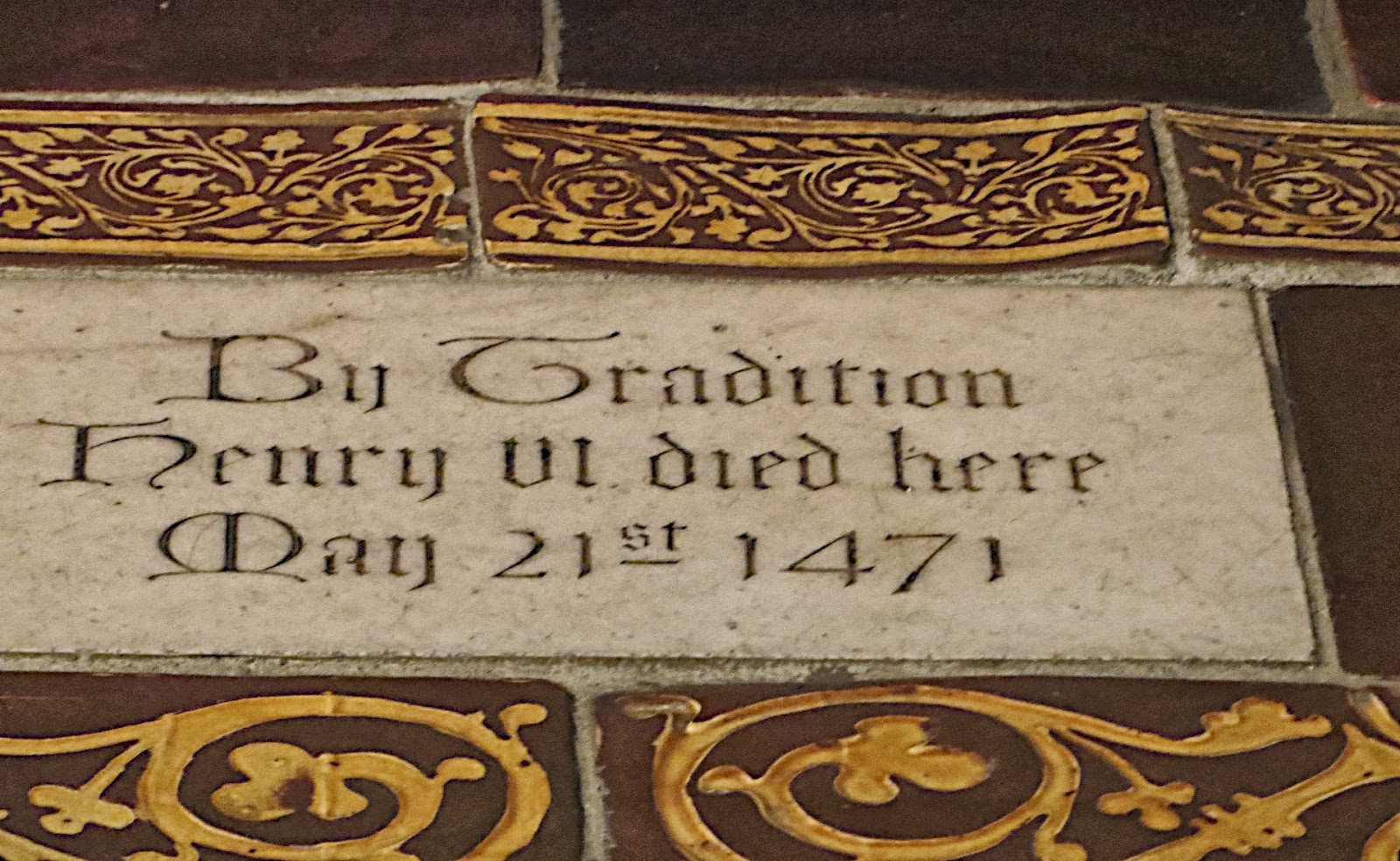 This is one event in the Tower of London's Bloody History 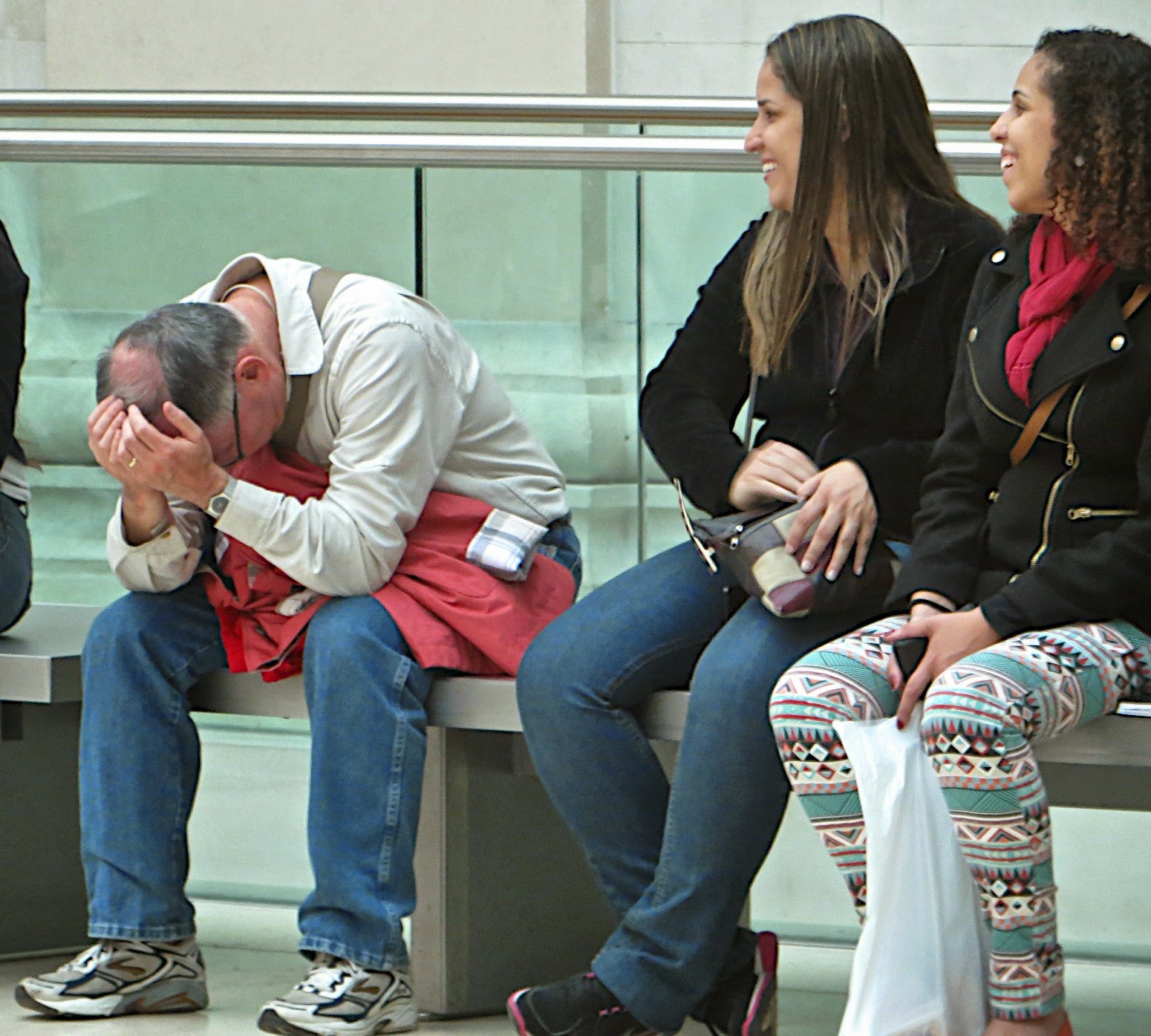 The E-P Suffering from Museum Overload

You Again!  Poor Terry ~ I found him waiting for me,
yet again, while I visited the magnificent
Assyrian Lion Hunts Gallery (You Again!)
one more time (this day). 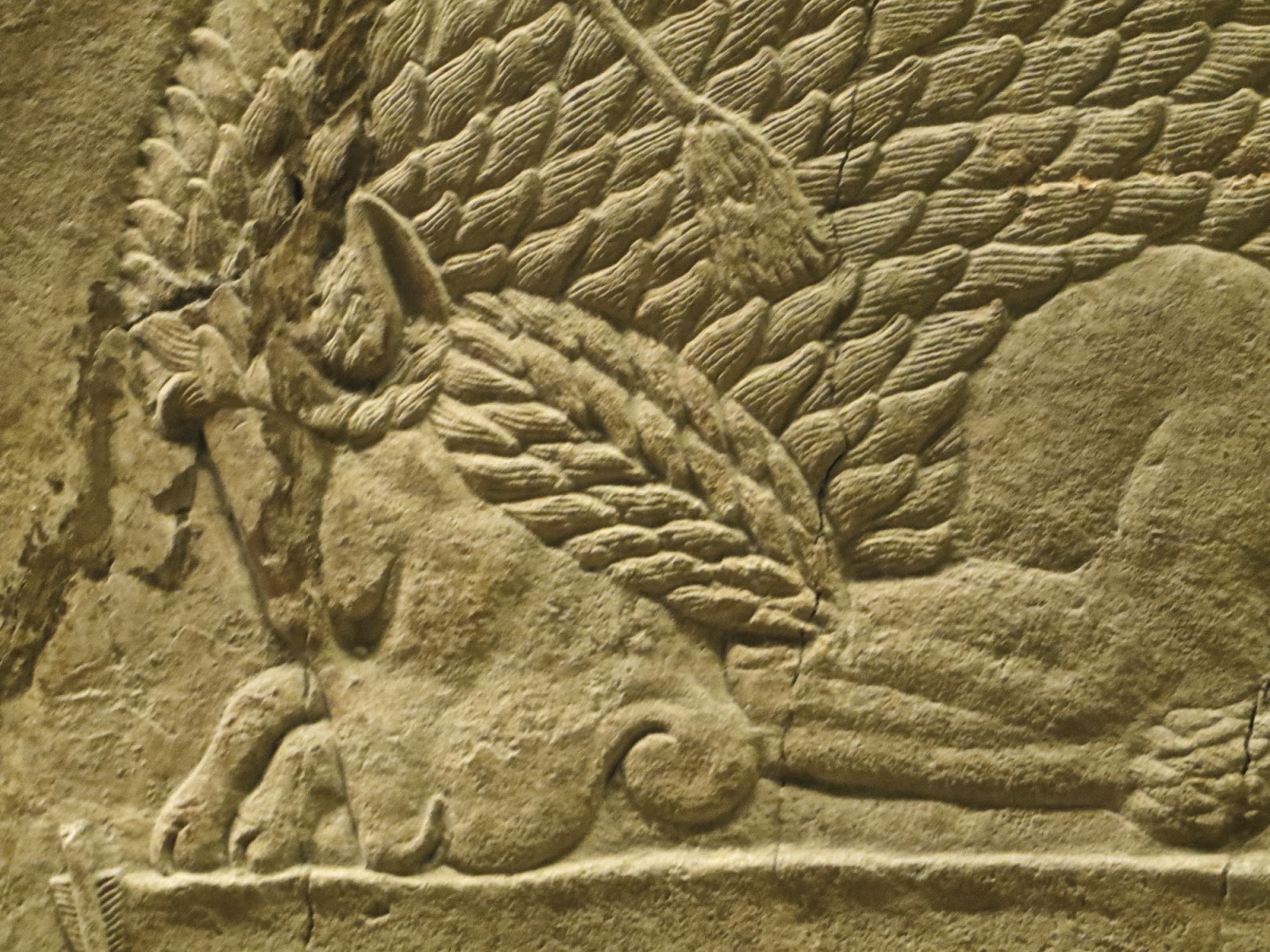 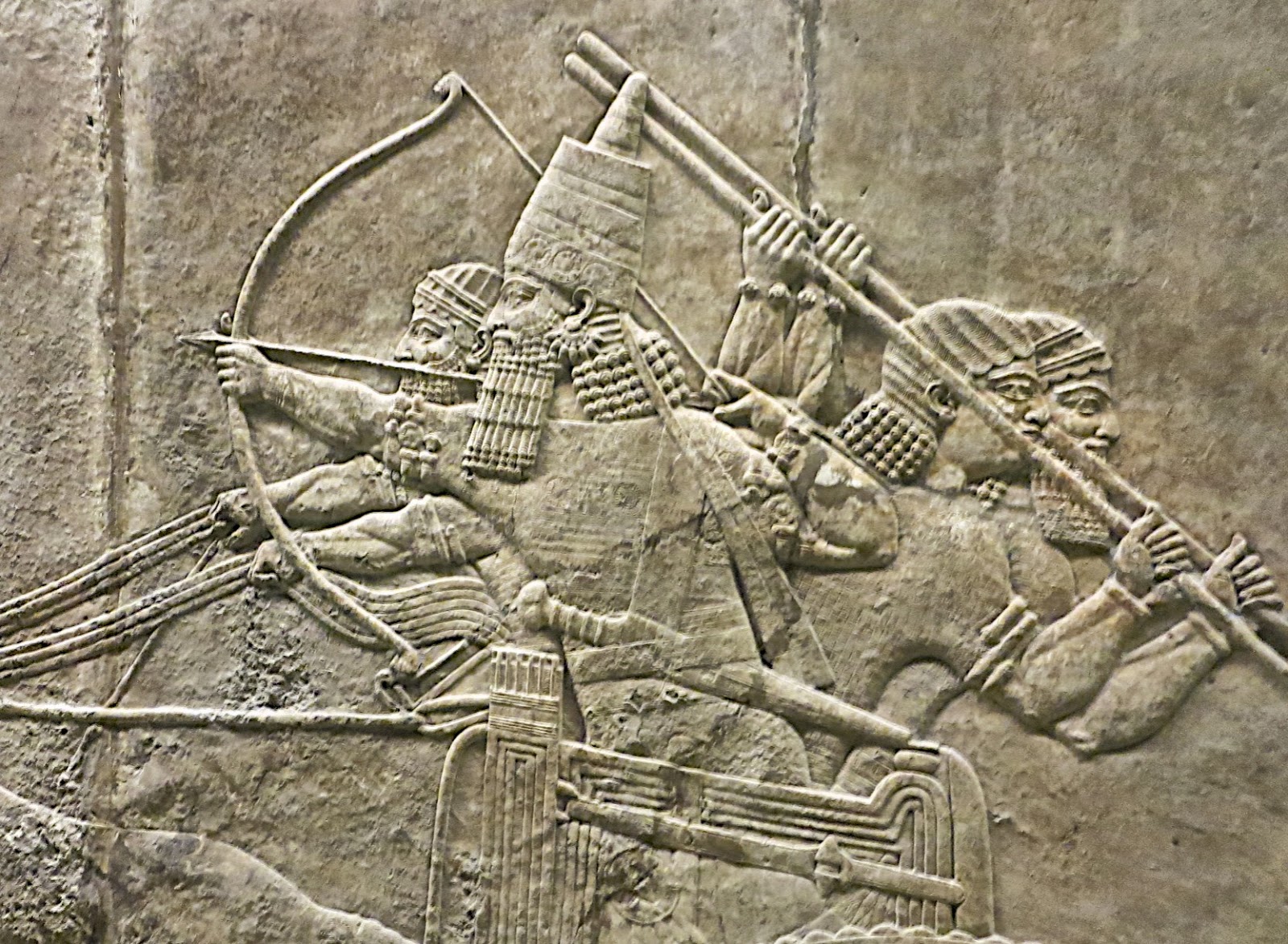 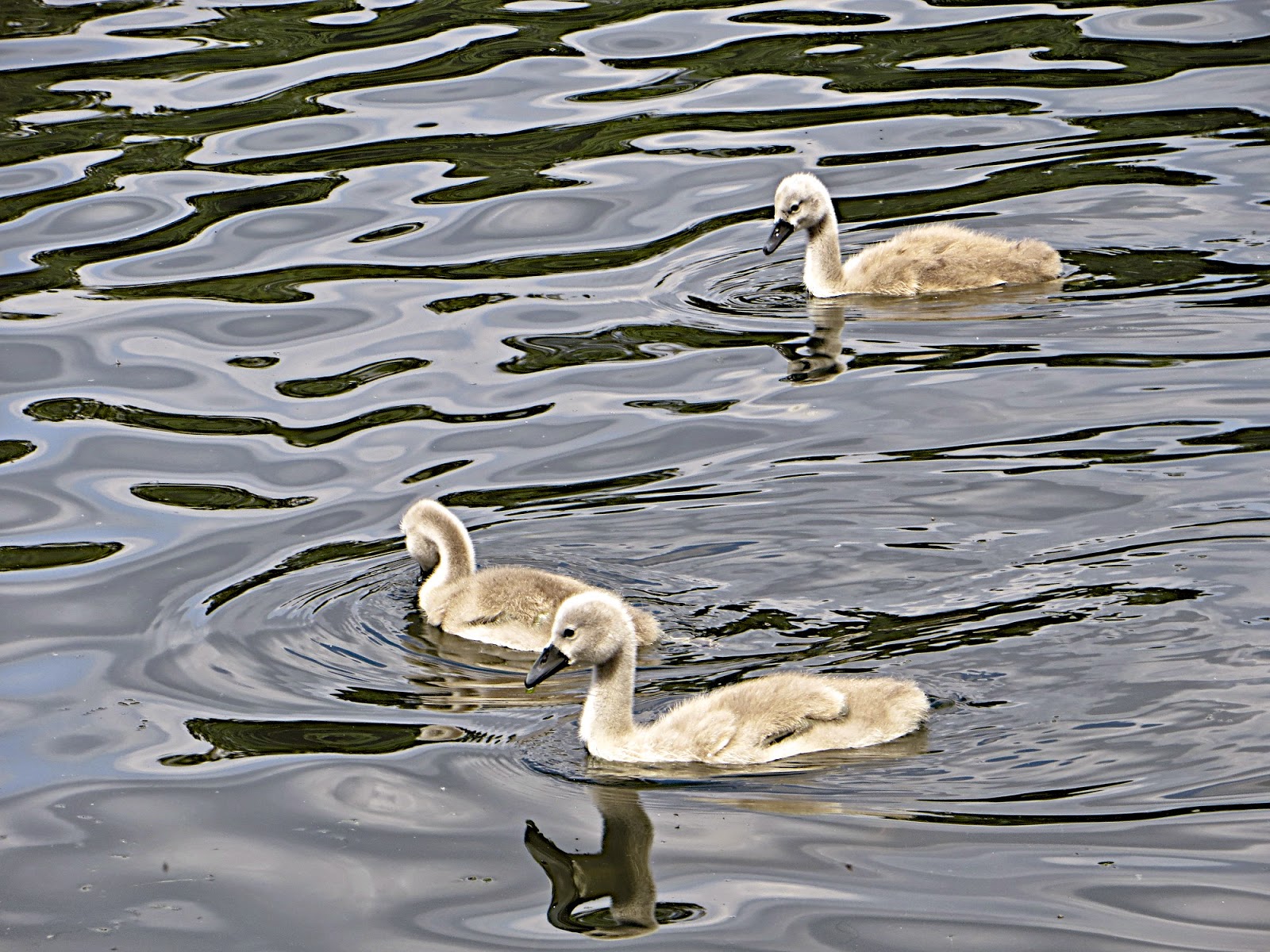 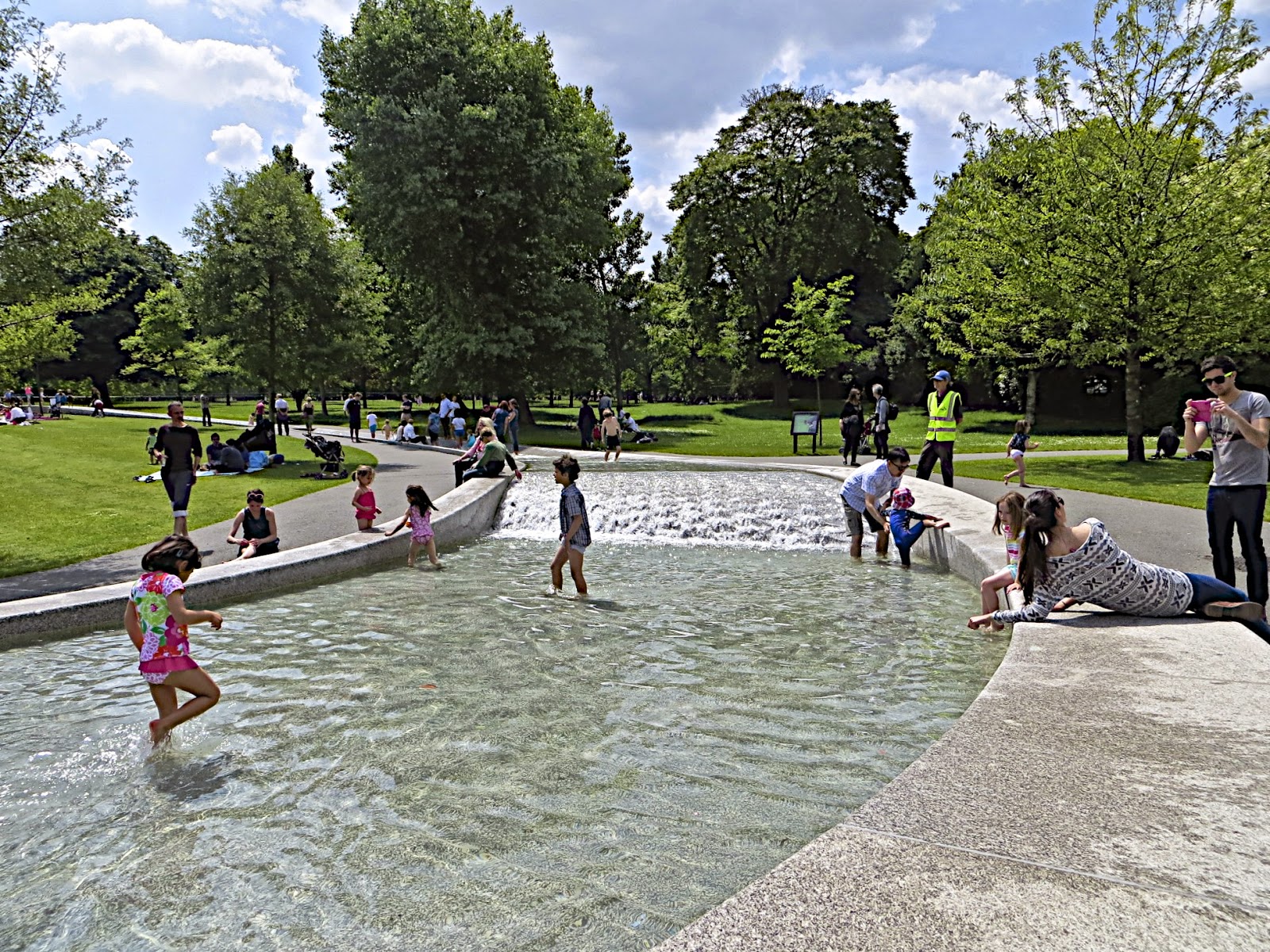 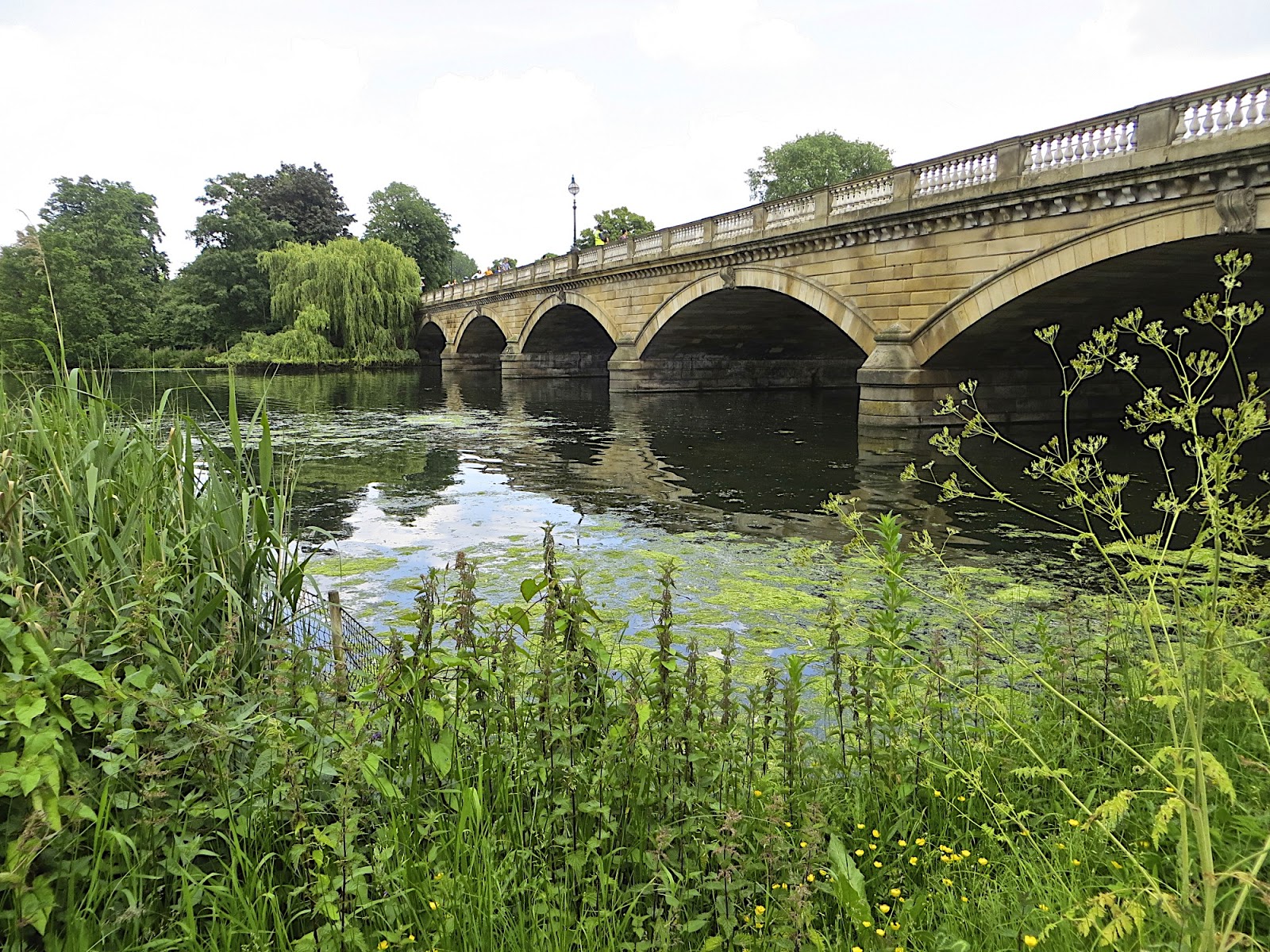 This beautiful habitat, the Long Water Reed Beds,
was established in 2010 to improve
the water quality and the biodiversity potential
of the Long Water in Kensington Garden.
Reed beds are found at the margins of many waterbodies.
They stabilize banks and act as natural water filters.
The UK lost about 40% of its reed beds between 1945 and 1990.
Source:  Sign by the Reed Beds in the Park 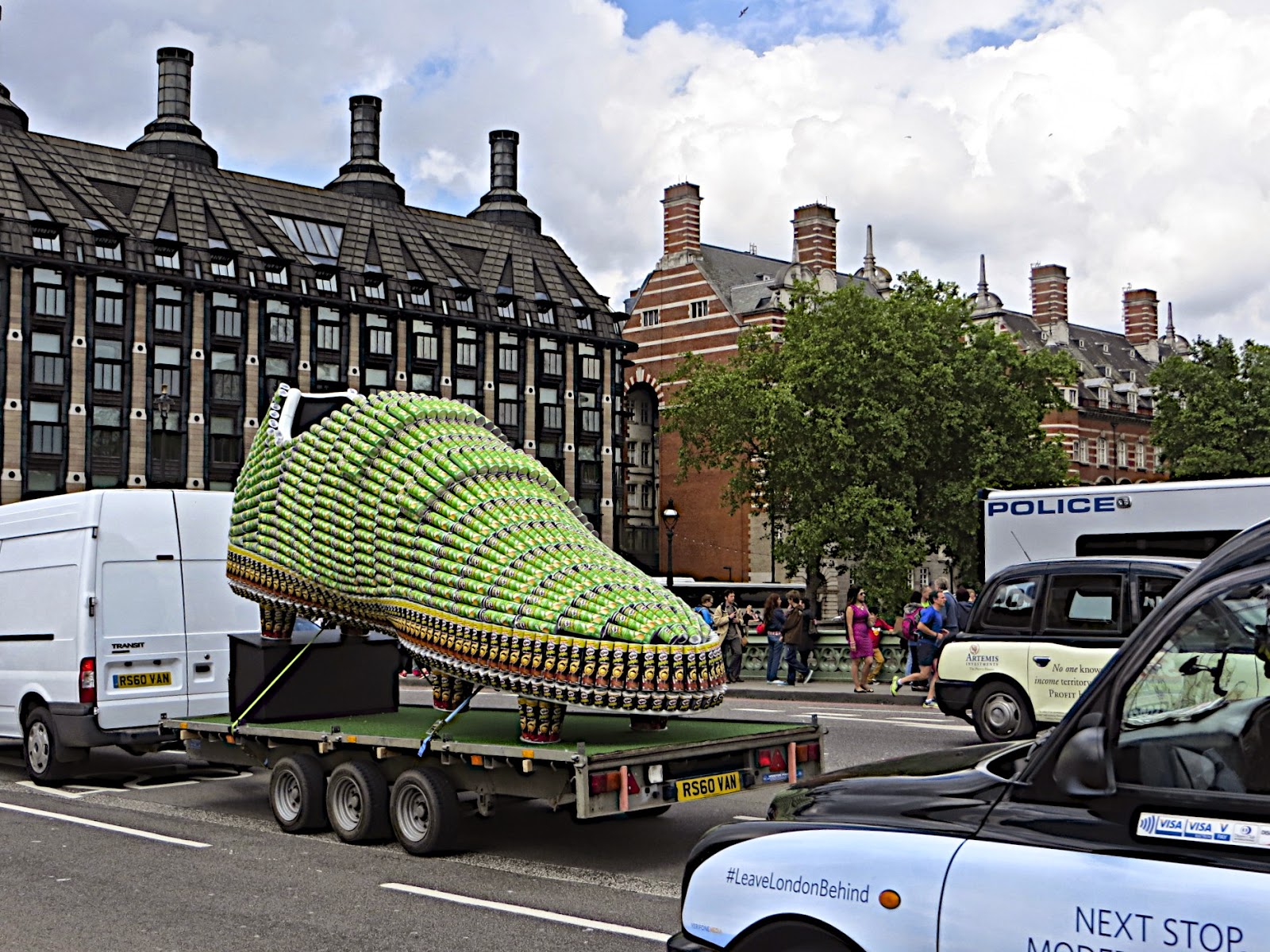 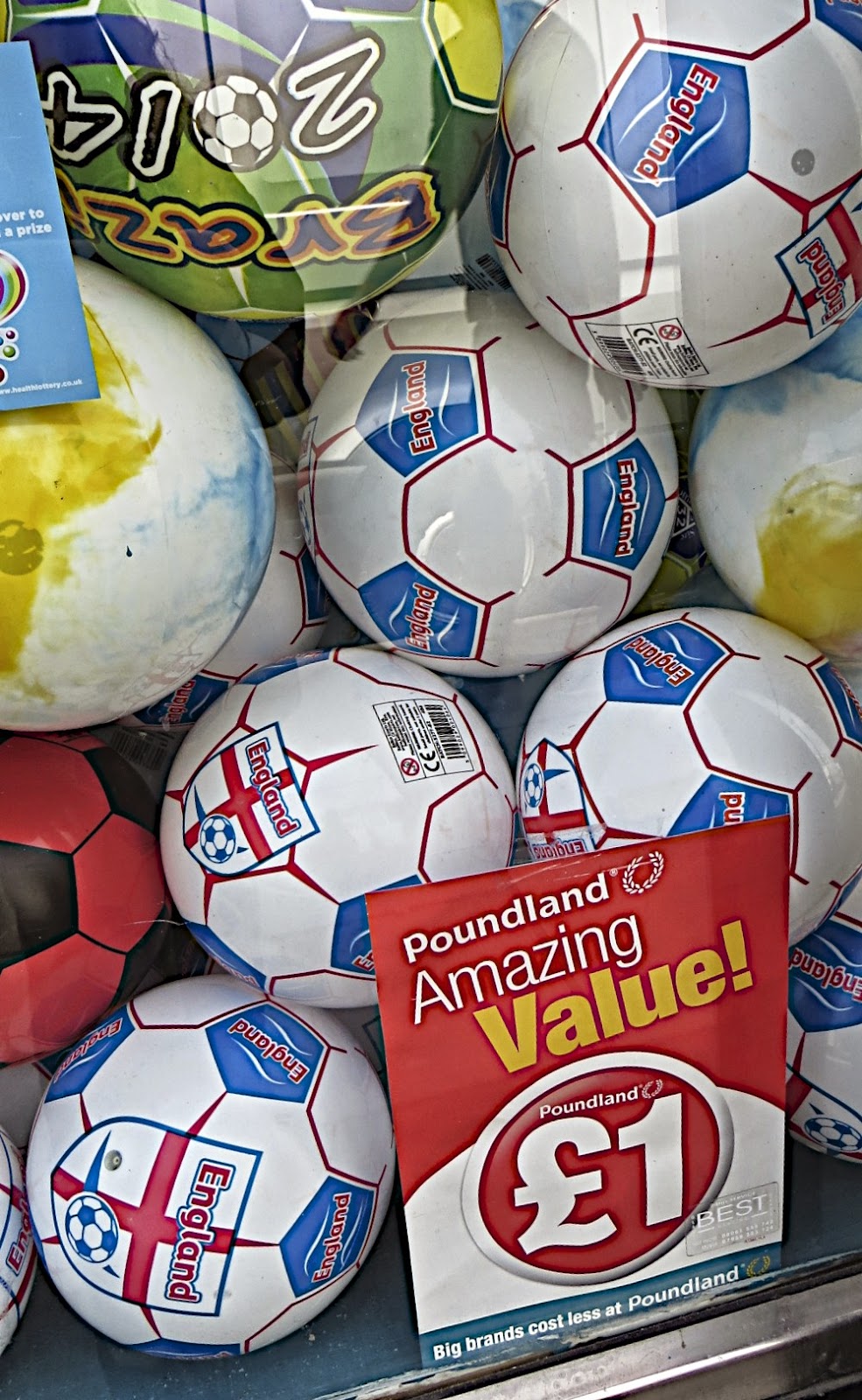 Soccer Balls
in a Poundland Window
on Portobello Road 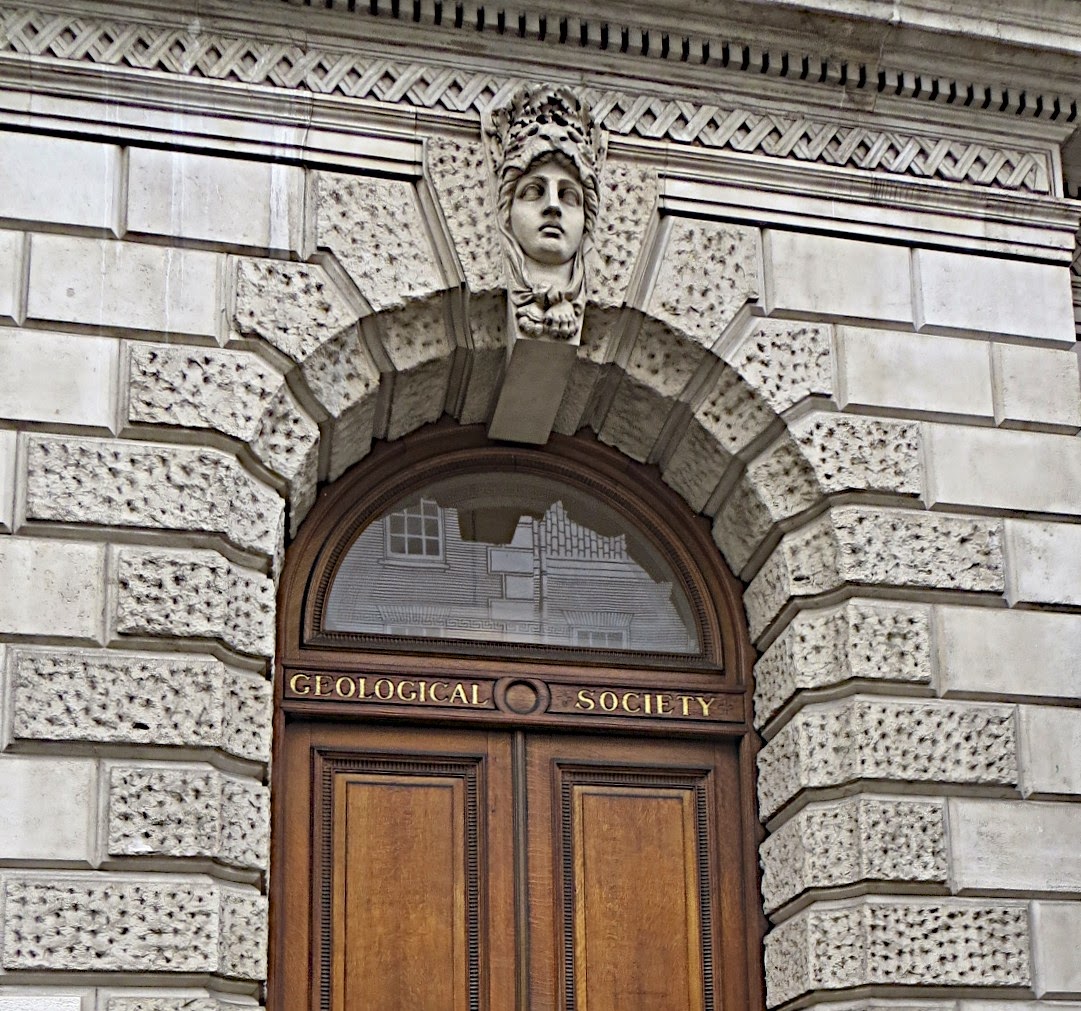 England was gearing
up for the World Cup
while we were in London.

The Geological Society
is a calm oasis near
busy Piccadilly Circus 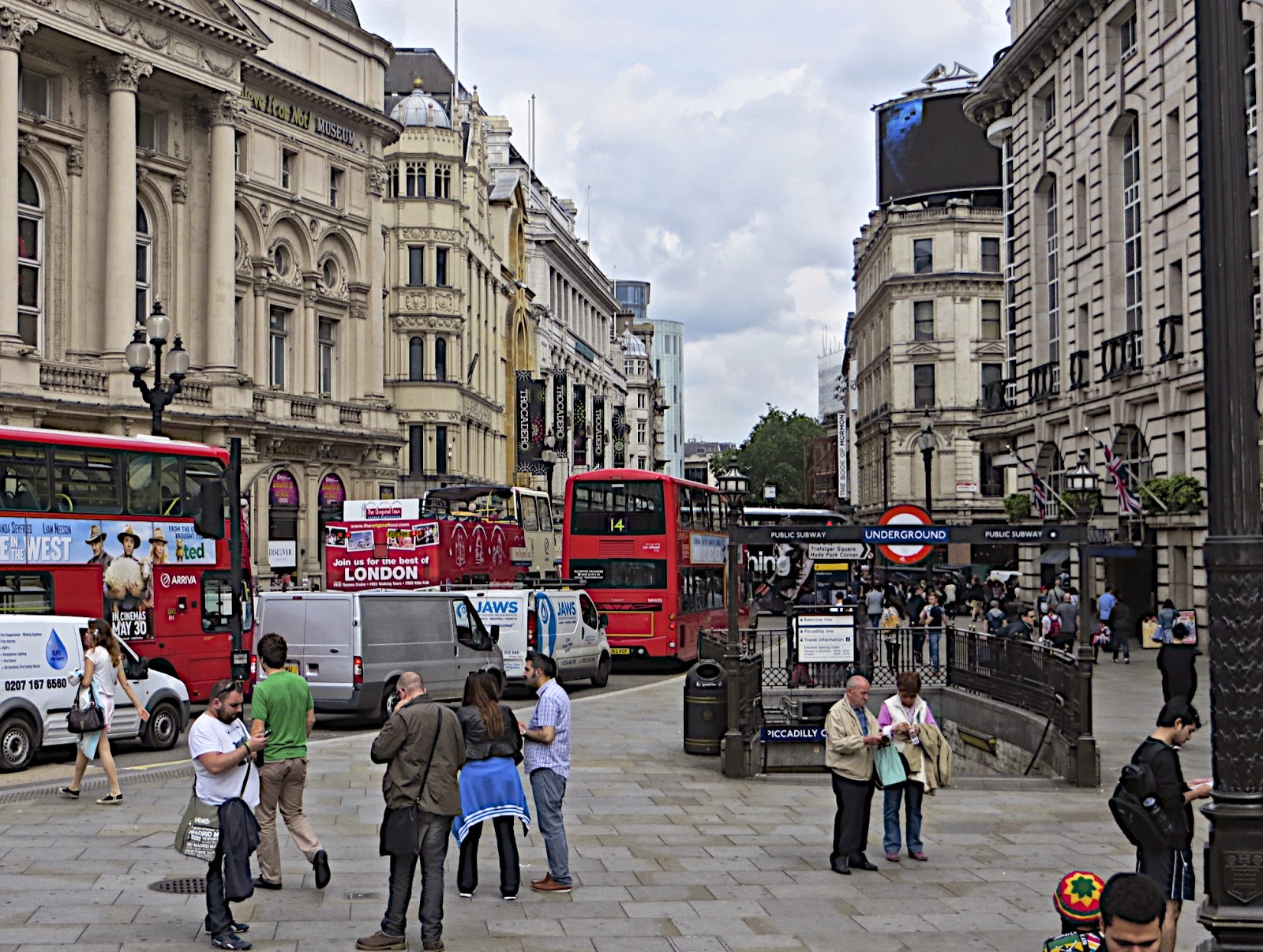 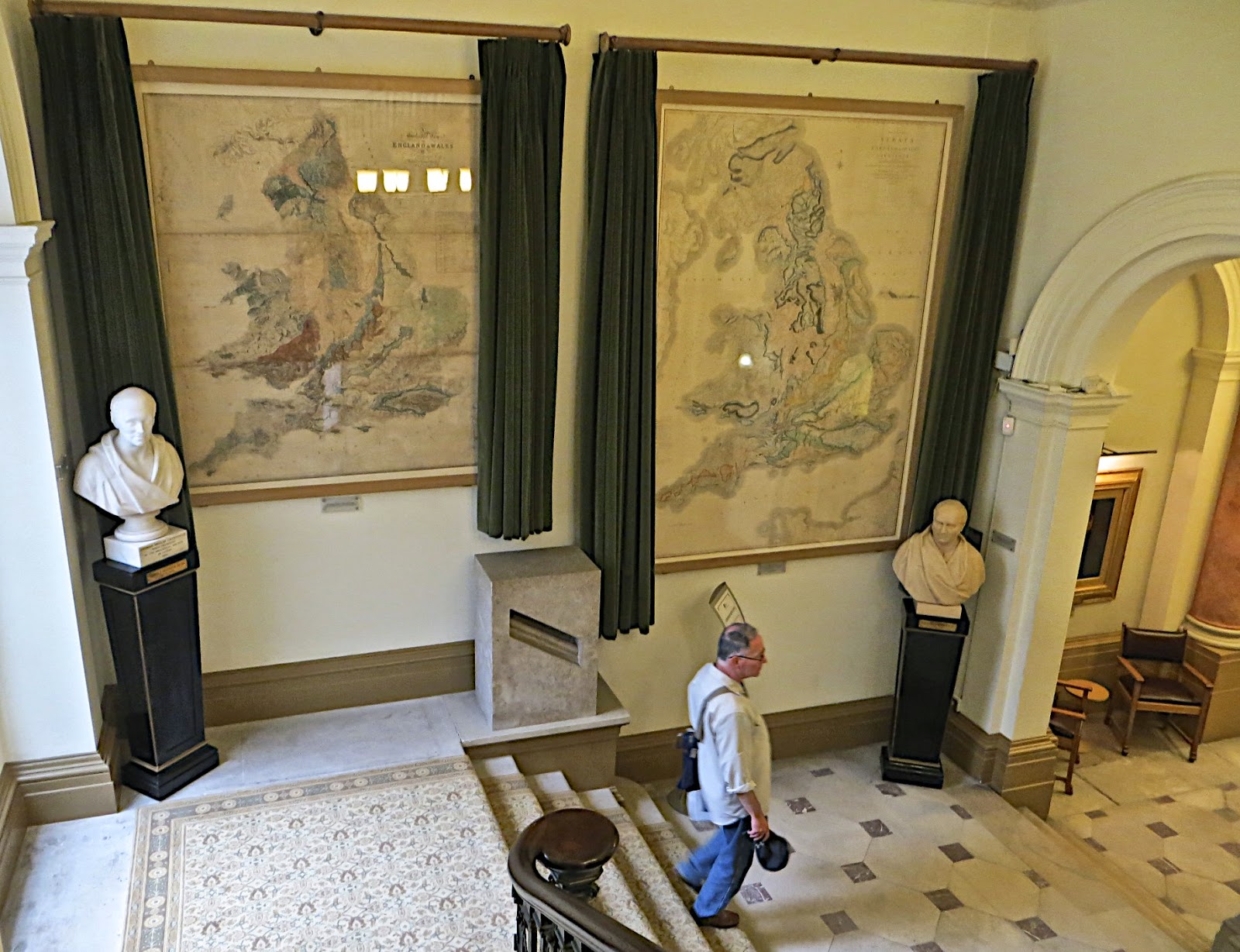 Terry walks past William Smith's famous
1815 Geological Map of Britain.
A bust of Smith, the Father of English Geology, is in front of Terry. 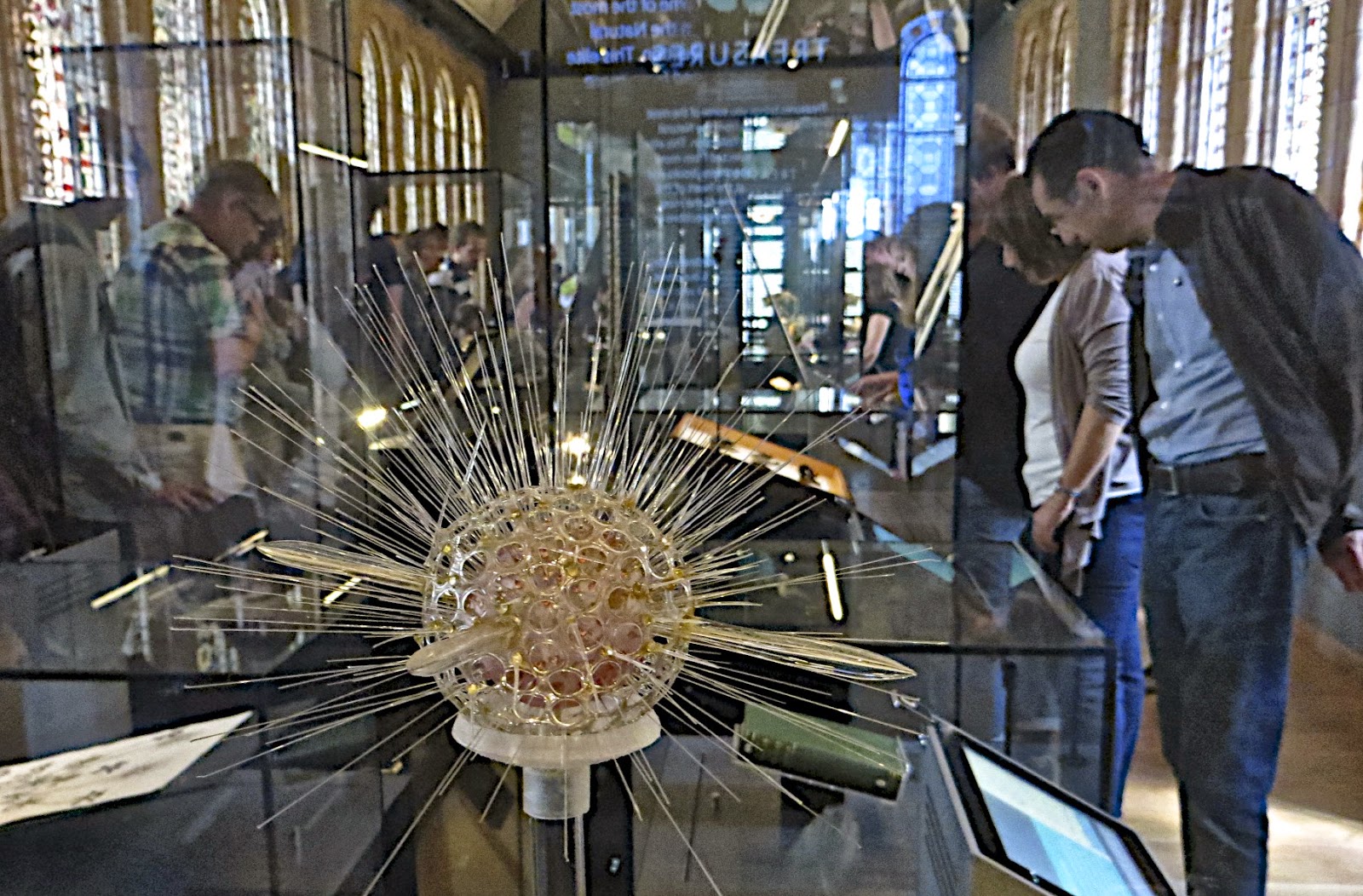 Out all the man made marvels in London,
I chose this extremely fragile glass model
of a radiolarian (Aulosphaera elegantissima).
It was crafted by Leopold and Rudolf Blaschka in the 19th century.
The techniques they used were lost when they died.

The model is displayed in the Cadogan Gallery
which contains some of the Natural History Museum's
most important artifacts chosen for their
scientific, historical, aesthetic and cultural significance.

The Household Cavalry guards the official entrance
to St James's Palace and Buckingham Palace
outside Horse Guards in Whitehall.

The mounted sentry in back is relieving the sentry in front
by riding through the open door at the back of the guard box. 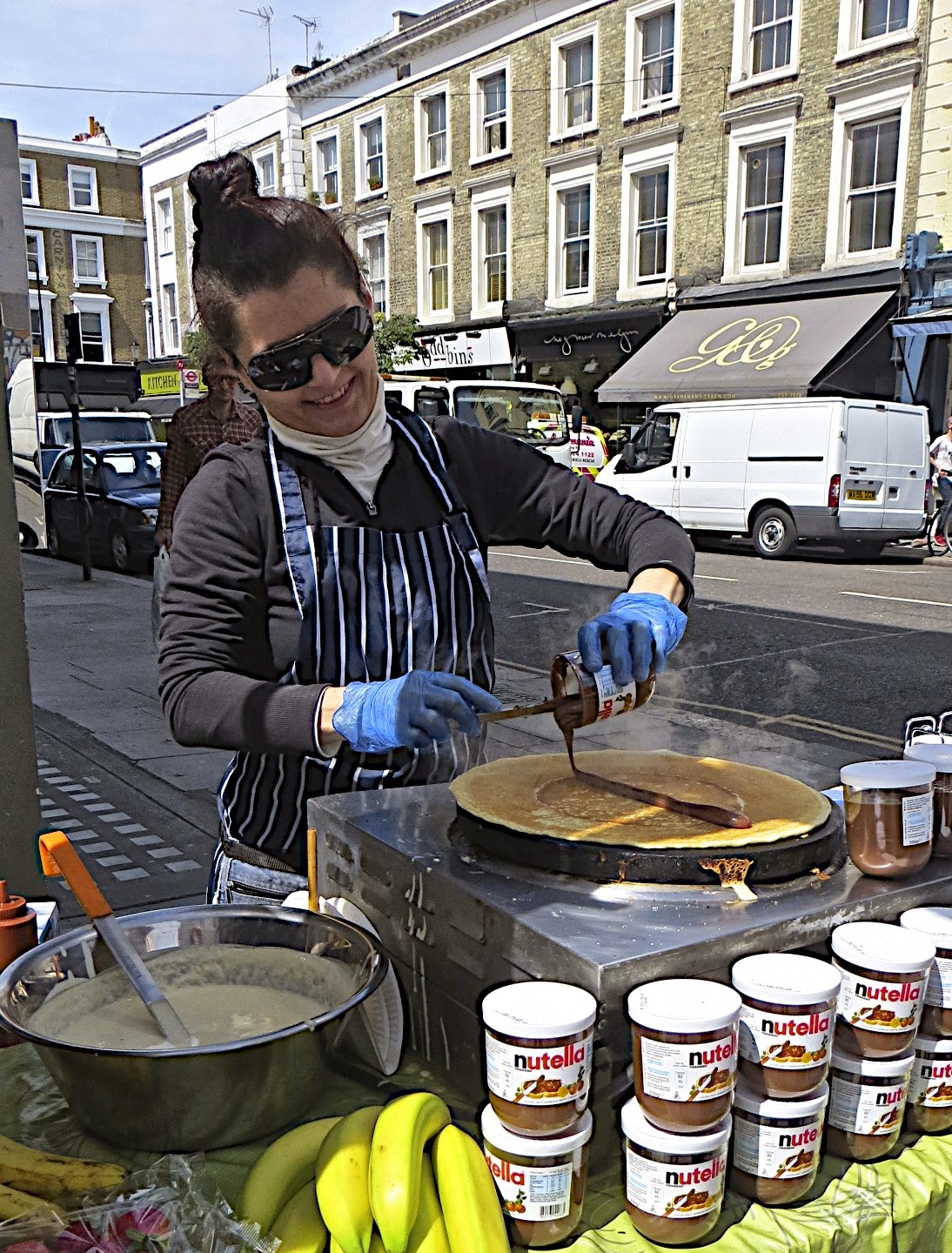 Steam Rises as This Crepe Cooks on the Griddle
Portobello Road

Together,  In your bag,  Your view of today,  and Sweet

Thanks to Jill (Greenthumb)
and her Made with Love blog
for setting up the scavenger hunt.
Posted by Fundy Blue at 11:31 AM