Every time these ukulele notes
spill out of my car radio,
I want to flee from snowy, cold Colorado
and sink my feet
into the soft sand and warm water
of Ke Iki Beach. 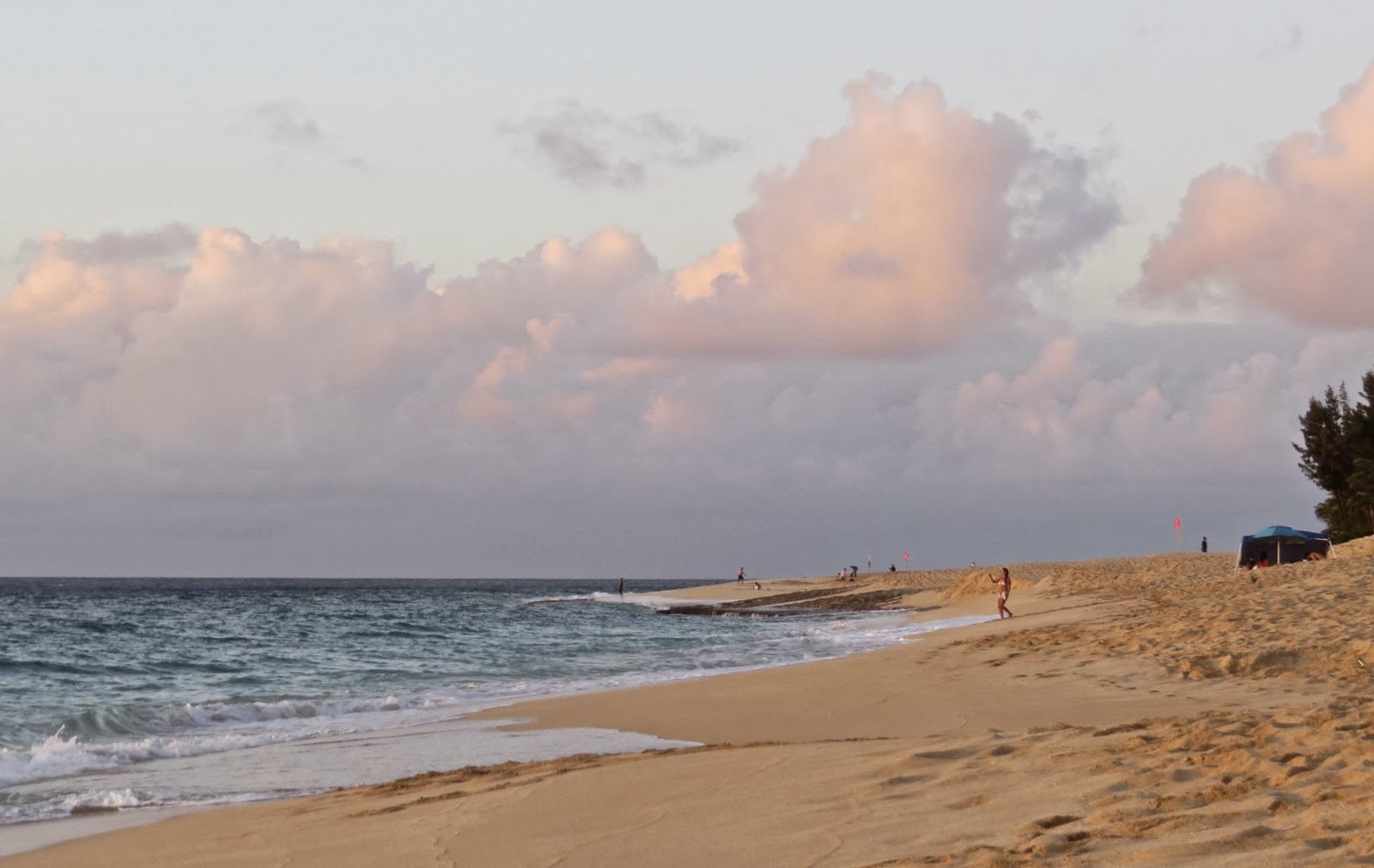 
Surely there are few spots in the world
as lovely as the North Shore of Oʻahu at sunset. 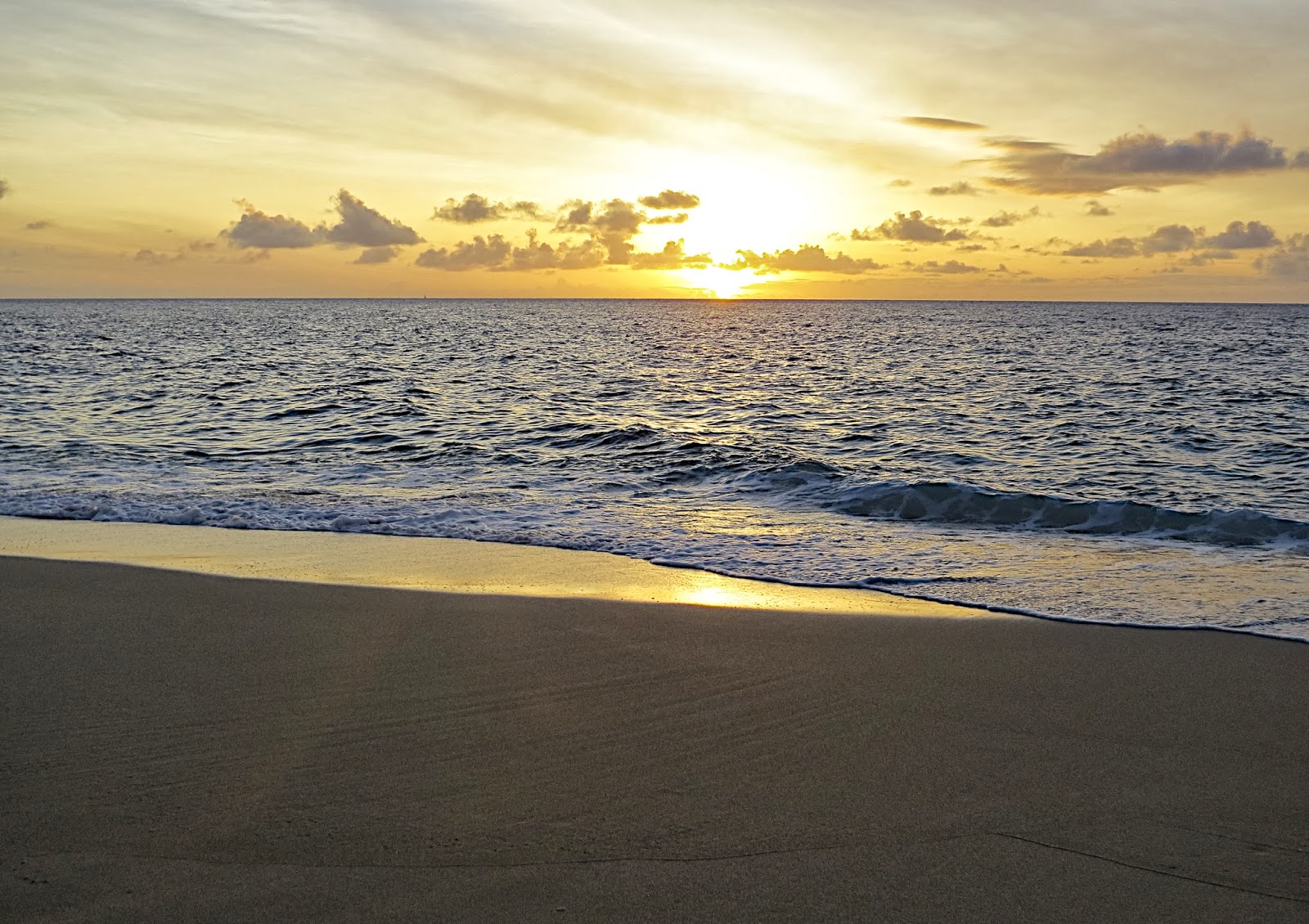 I swear, one of these days,
I'm going to drive off the road
because I'm lost in sand
and gentle waves washing the shore
instead of seeing the next bend in the road. 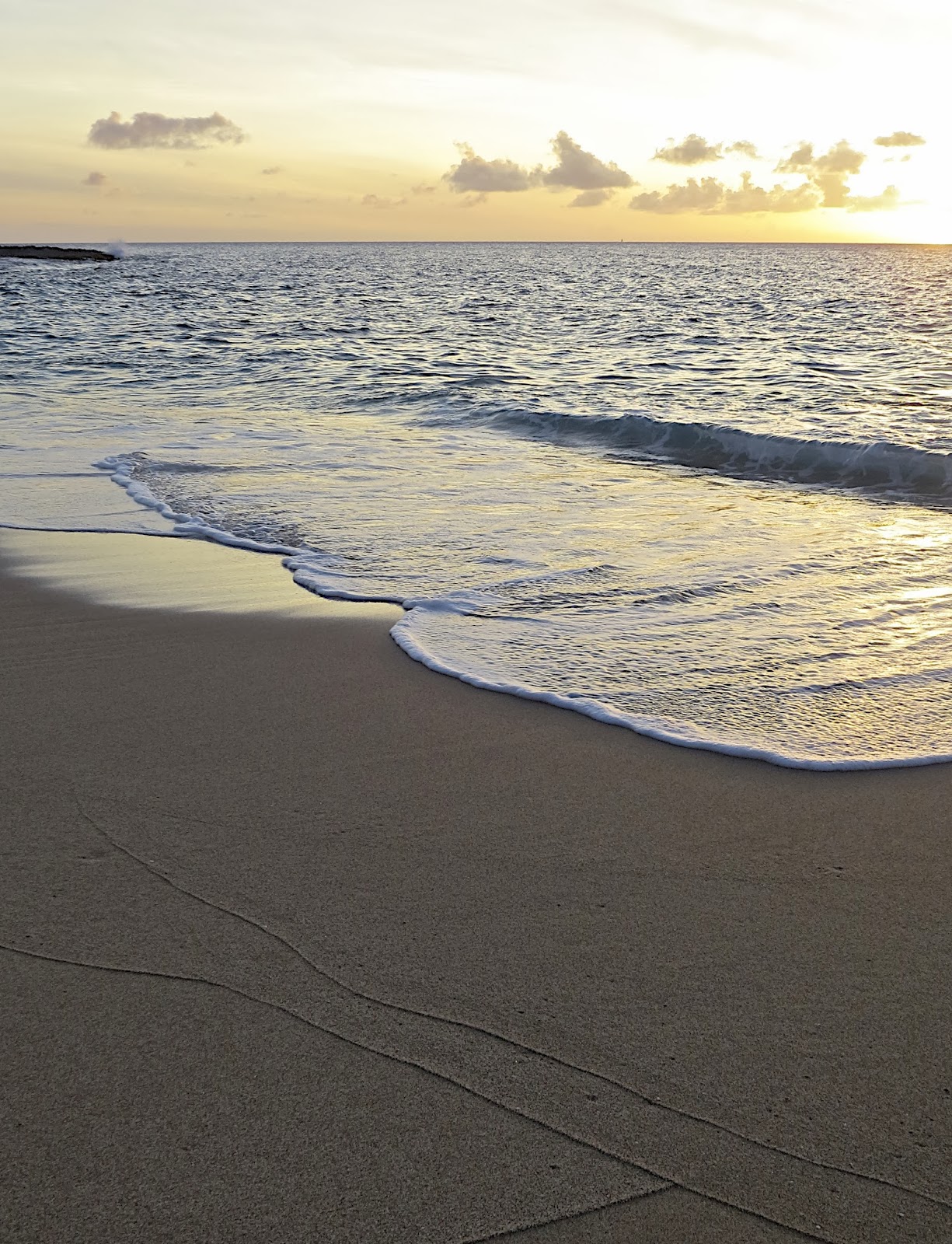 And that soft pure voice,
so mellow it makes this driven soul relax. 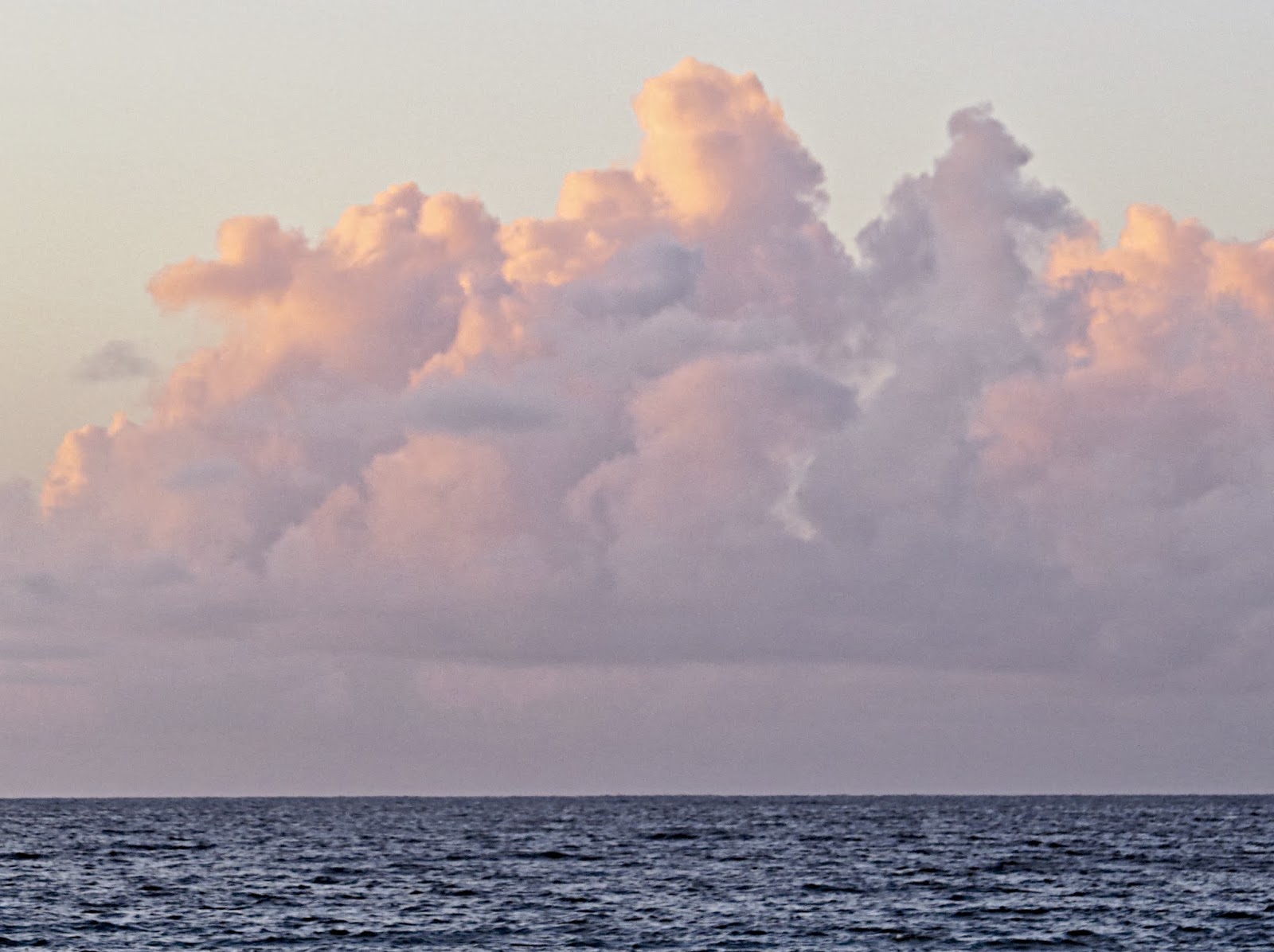 Do you think the KBCO DJs
ever name the singer of this song
I'm loving on the radio?
NOT!

Who is this singer and ukulele player? 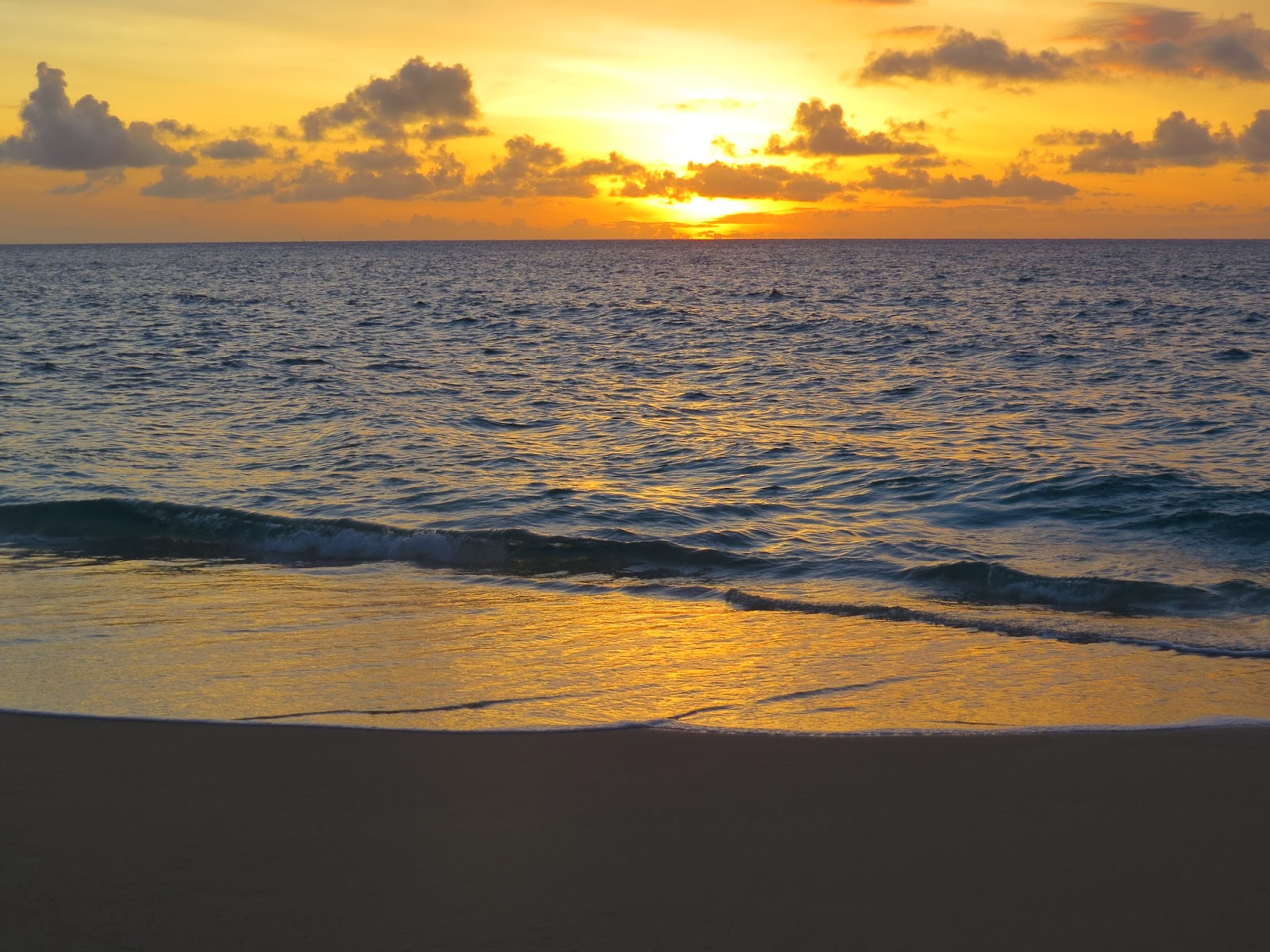 Don't you just love Google search?!
I typed in "hawaiian somewhere over the rainbow,"
and BAM!
There it was!
And the singer:  Israel "Iz" Kaʻanoʻi Kamakawiwoʻole!

That explains the DJs' silence. 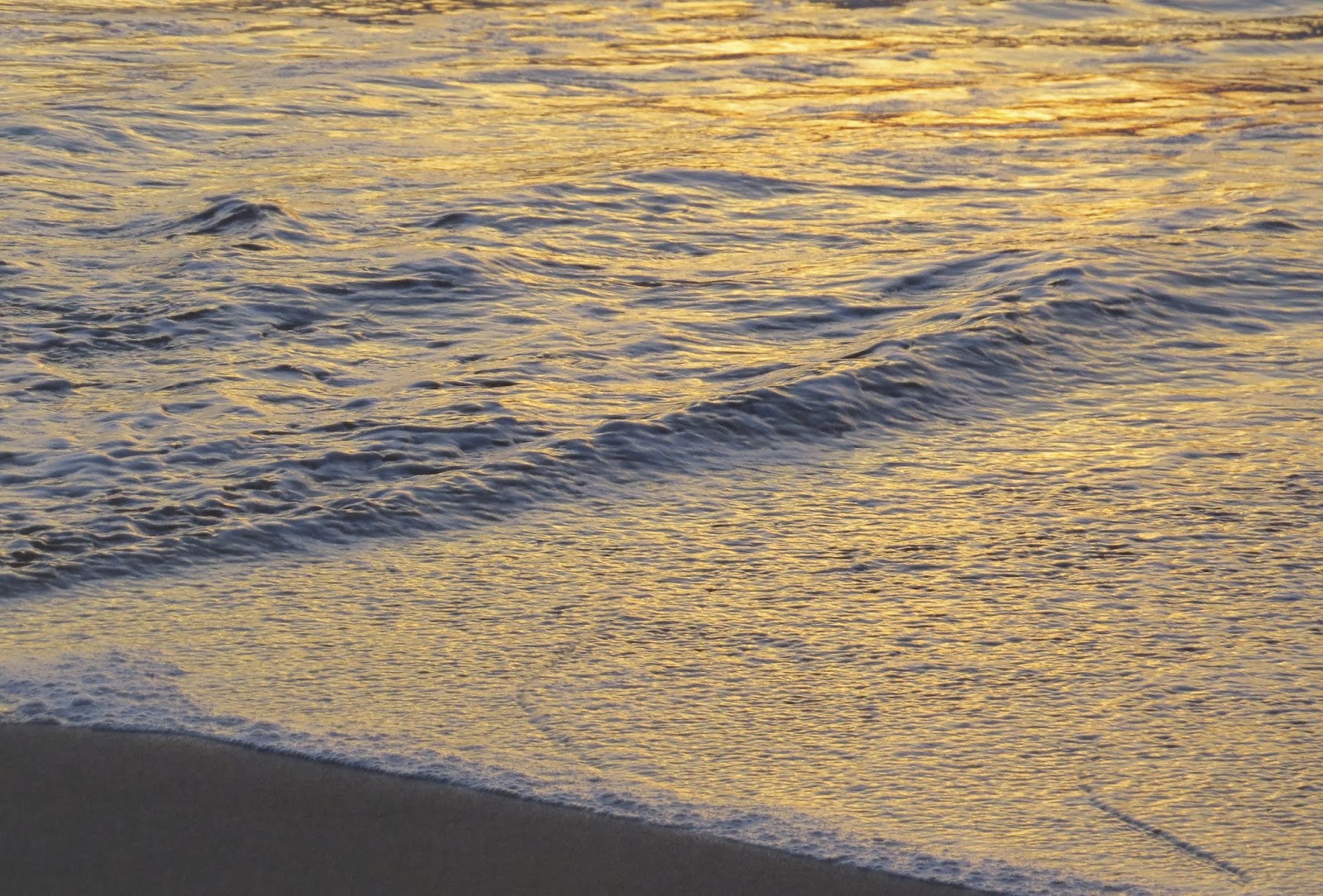 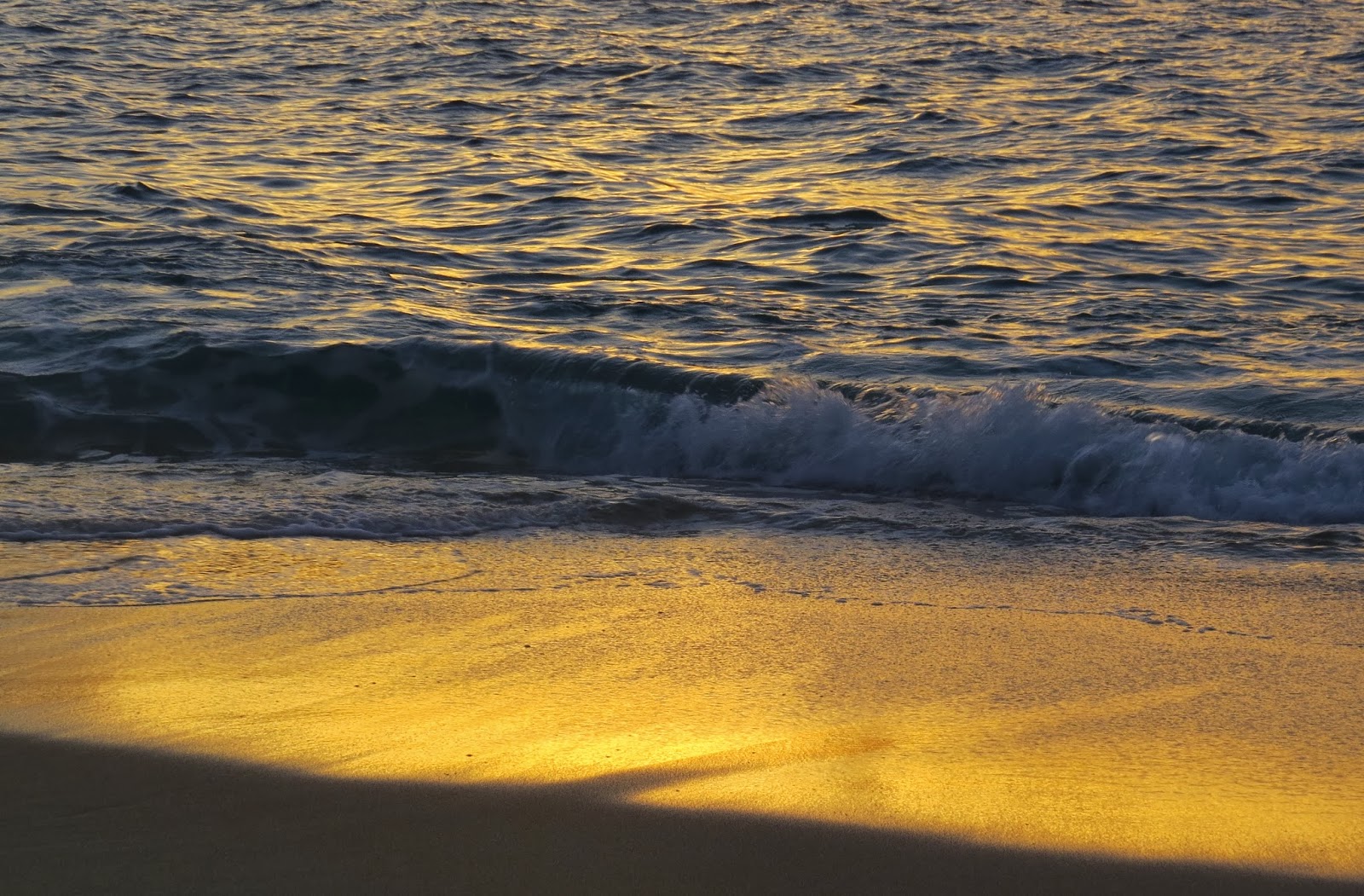 As I read about Kaʻanoʻi Kamakawiwoʻole
on Wikipedia,
I discovered that the song came
from the best selling album of all time
by a Hawaiian artist:
Facing Future (released 1993). 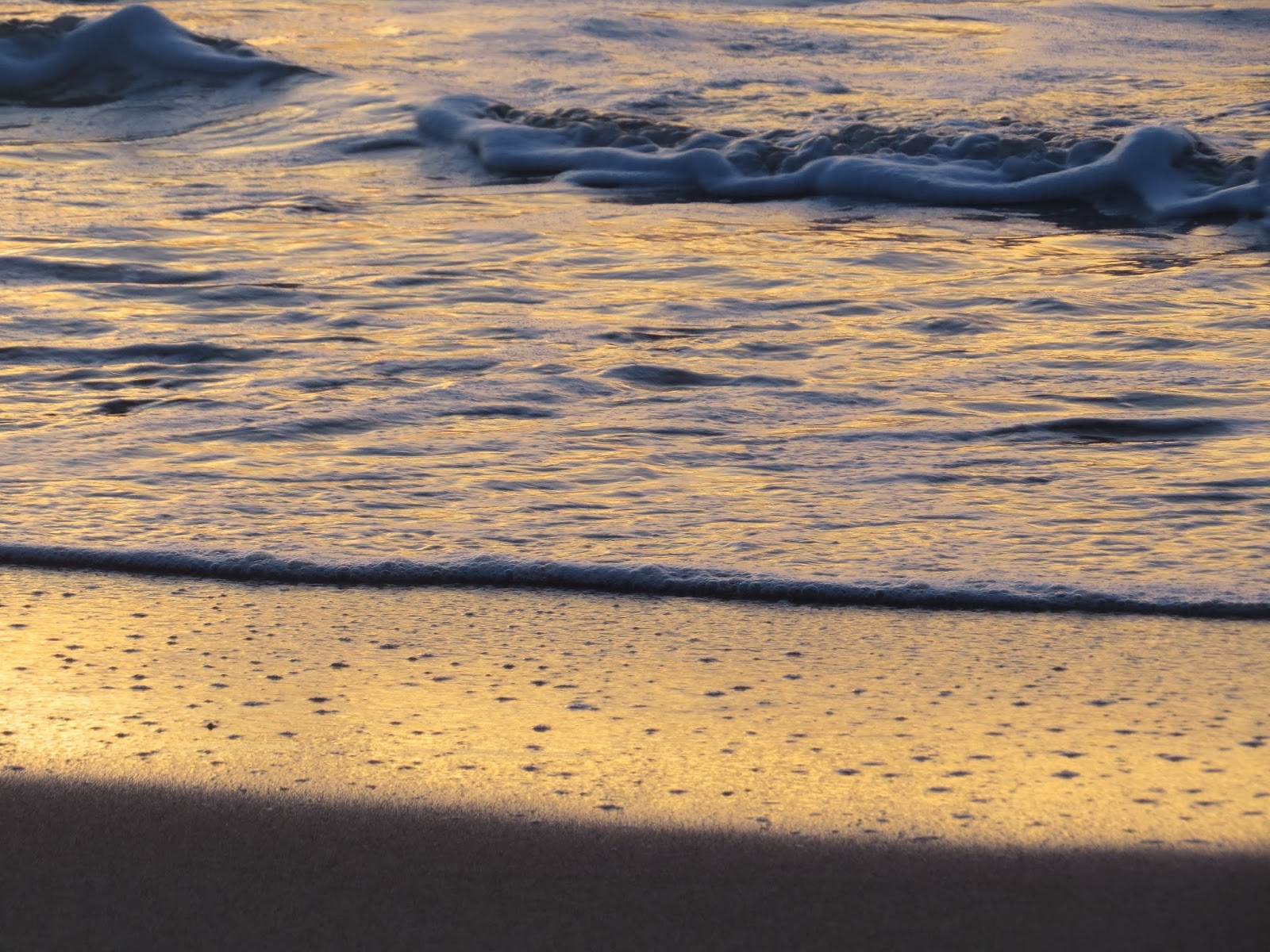 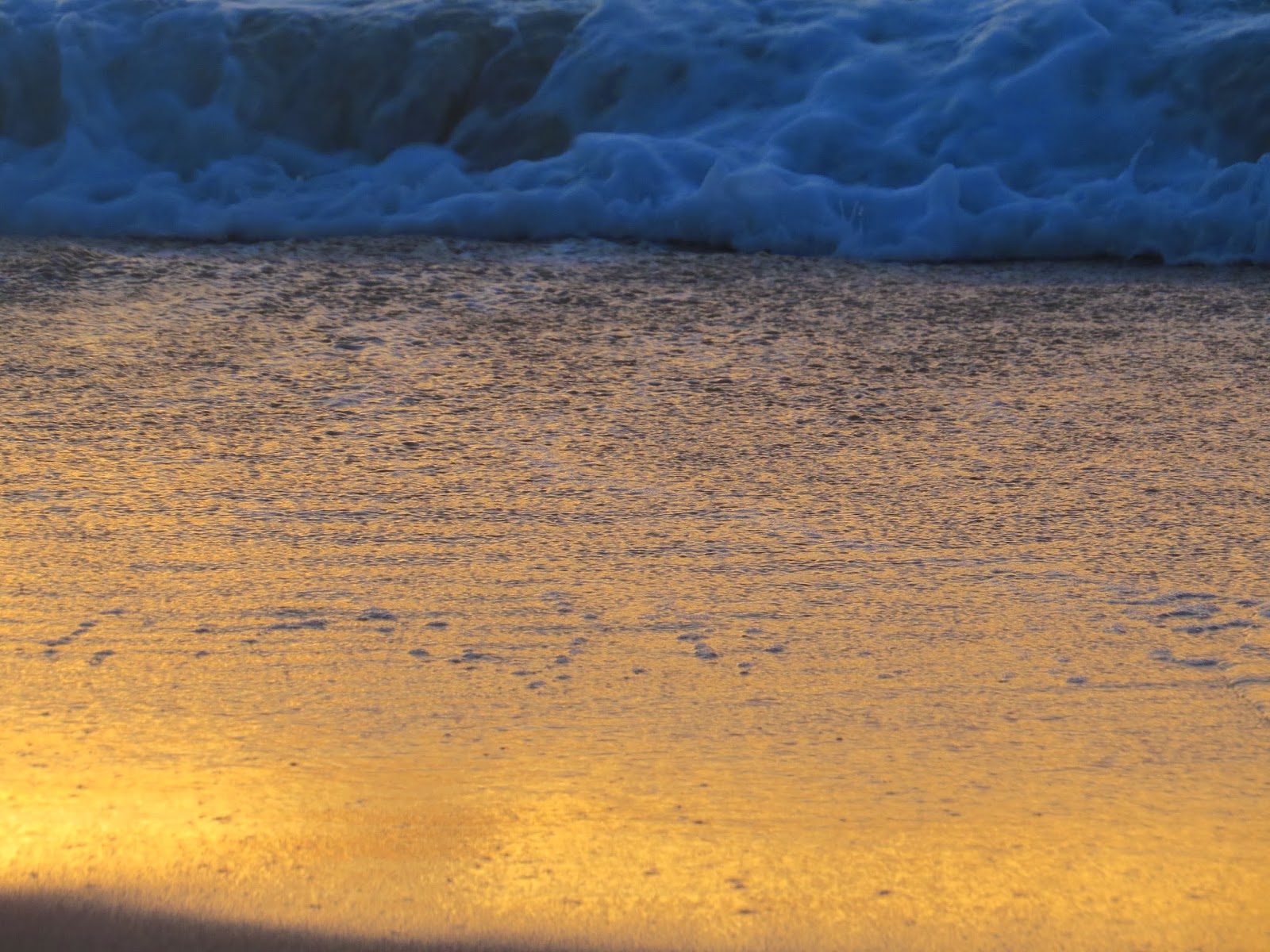 Kamakawiwoʻole, The Fearless Eyed,
devoted his life and music
to promoting Hawaiian rights and Hawaiian independence. 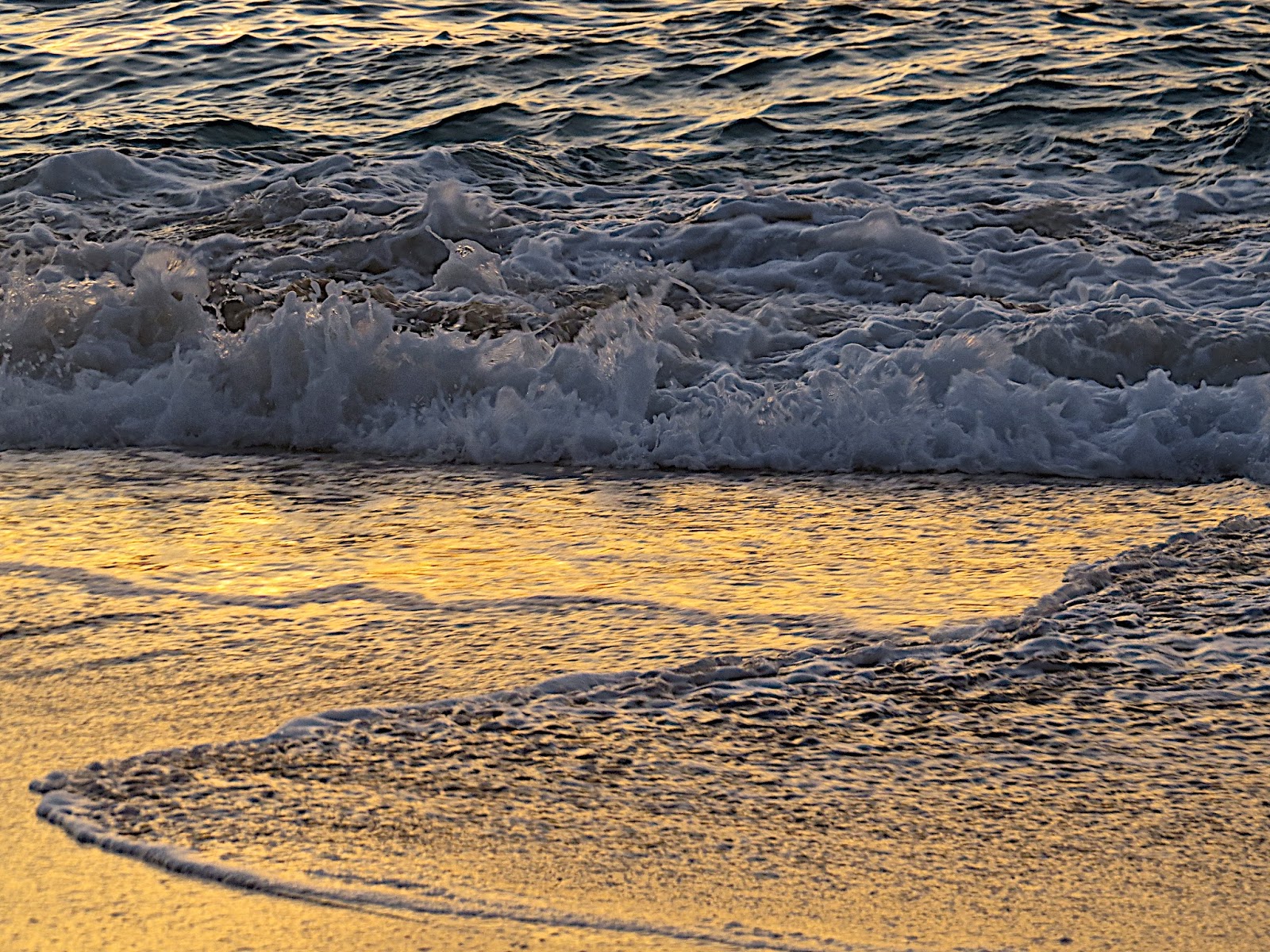 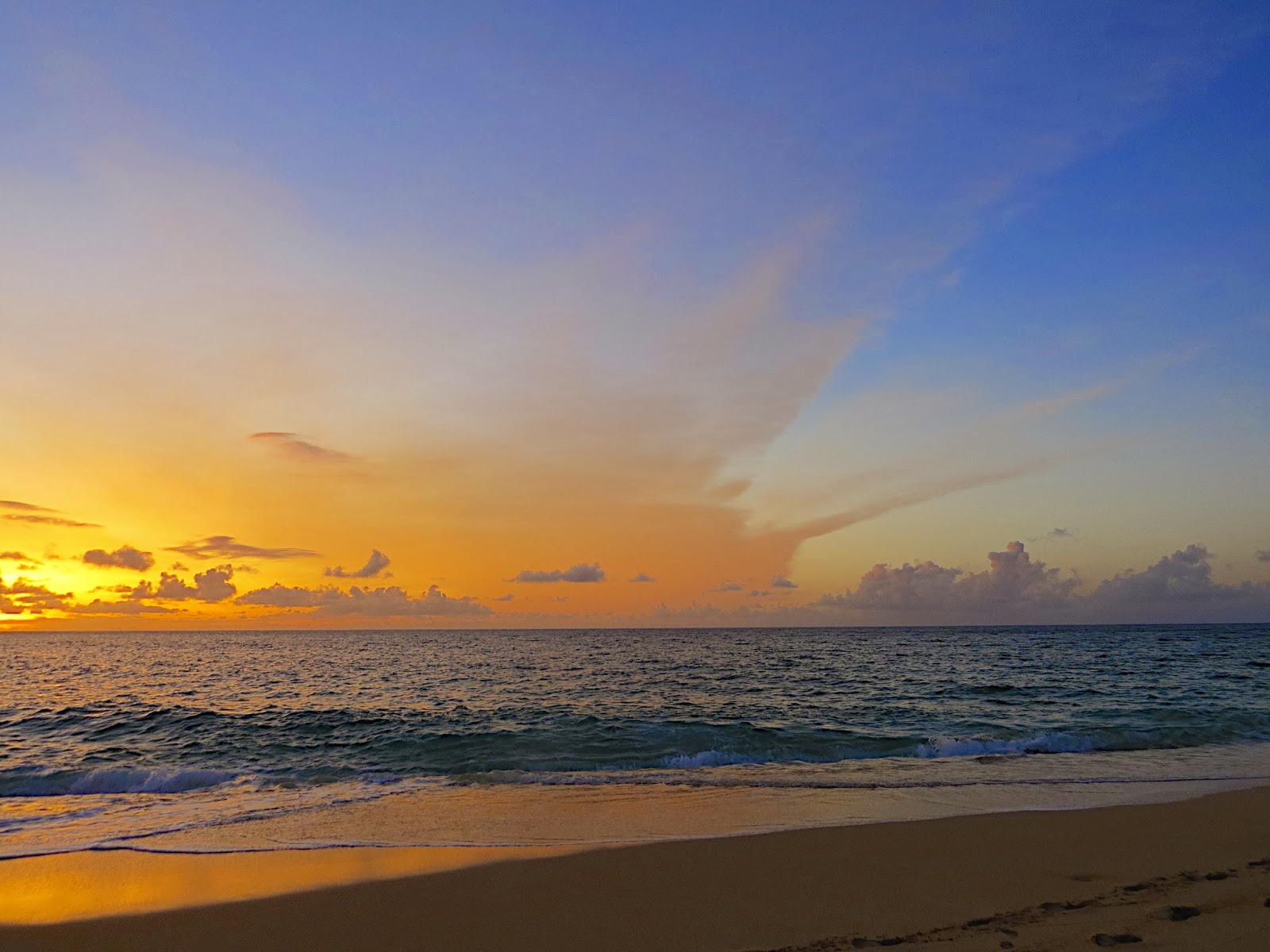 Kamakawiwo'ole also used his ukulele
to raise awareness
about how the tourist industry
has pushed native Hawaiians
into a second class status.
Source:  Wikipedia 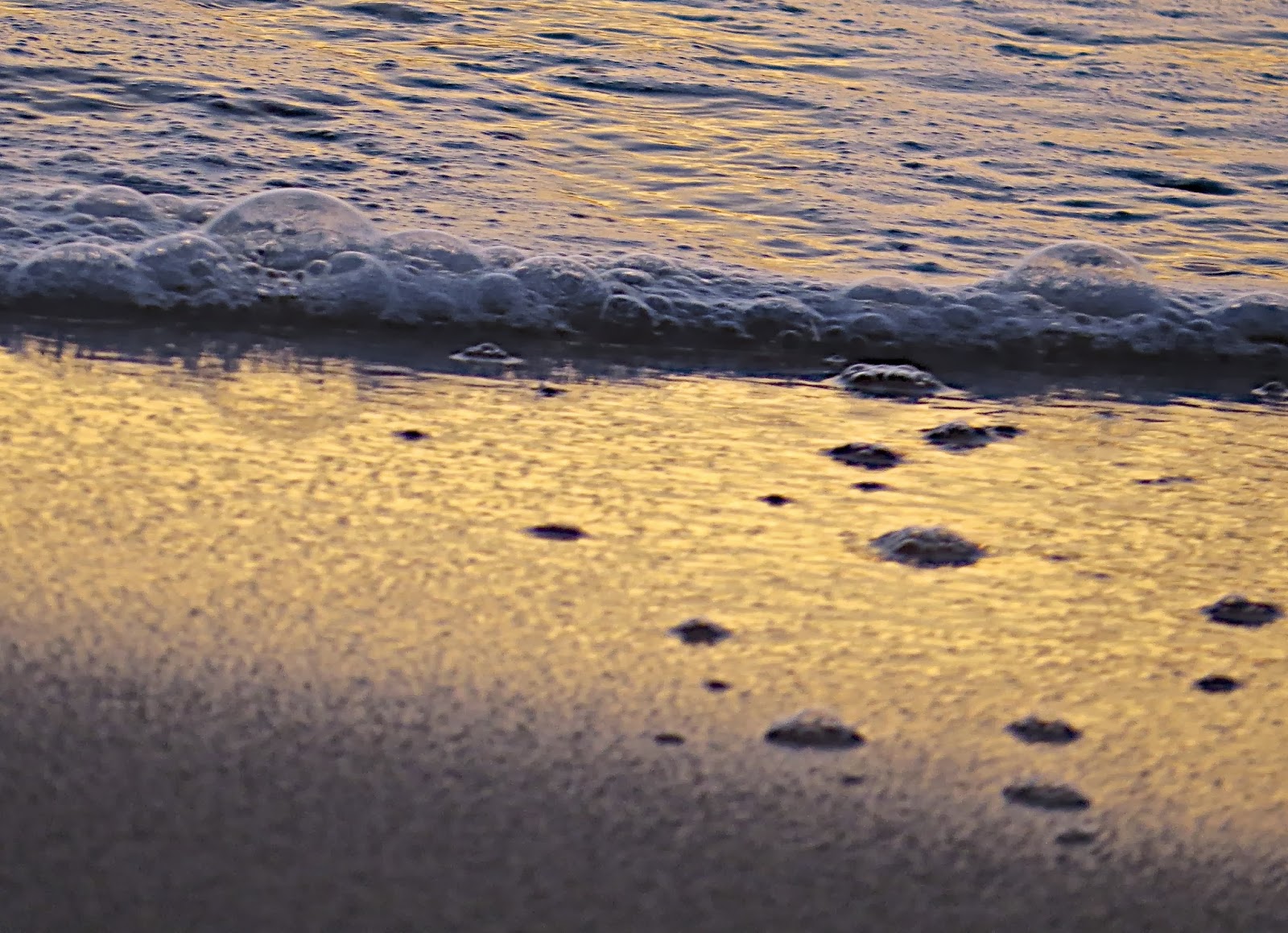 I think the situation for native Hawaiians
has worsened since Iz's death
on June 26, 1997. 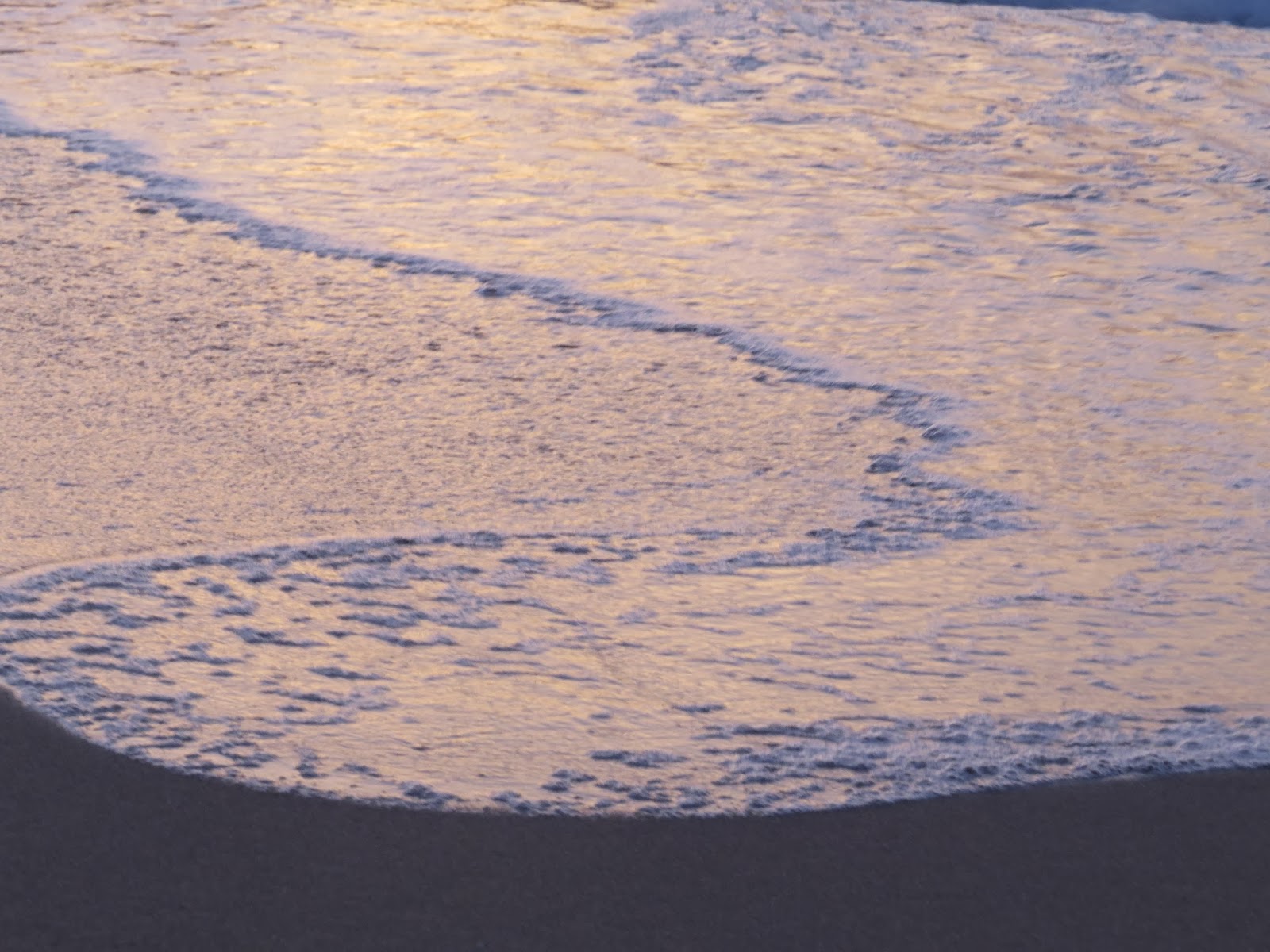 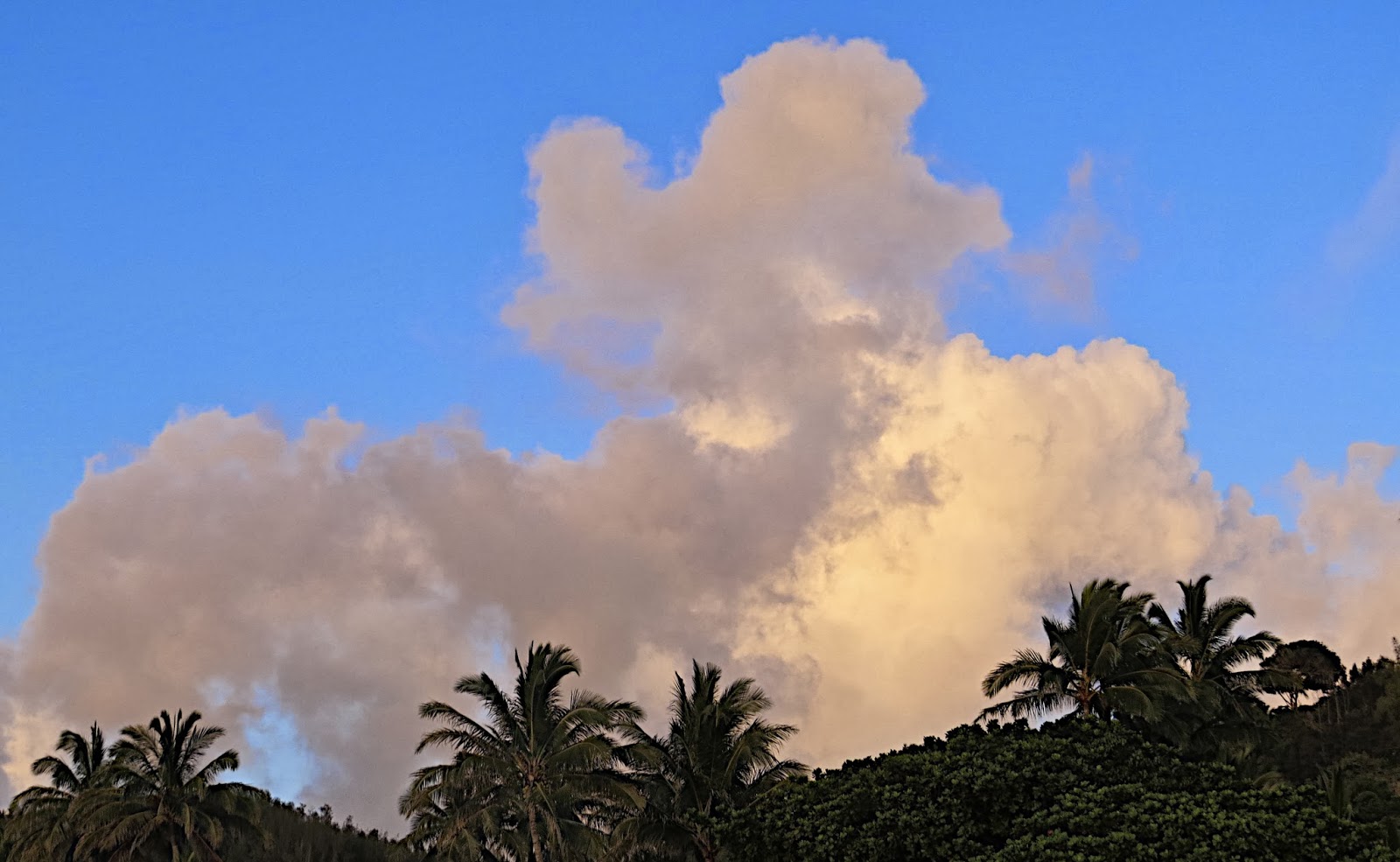 Just saying,
if you find my car
wheels up on the side of the road
with a smiling me inside,
you'll know it's KBCO's fault! 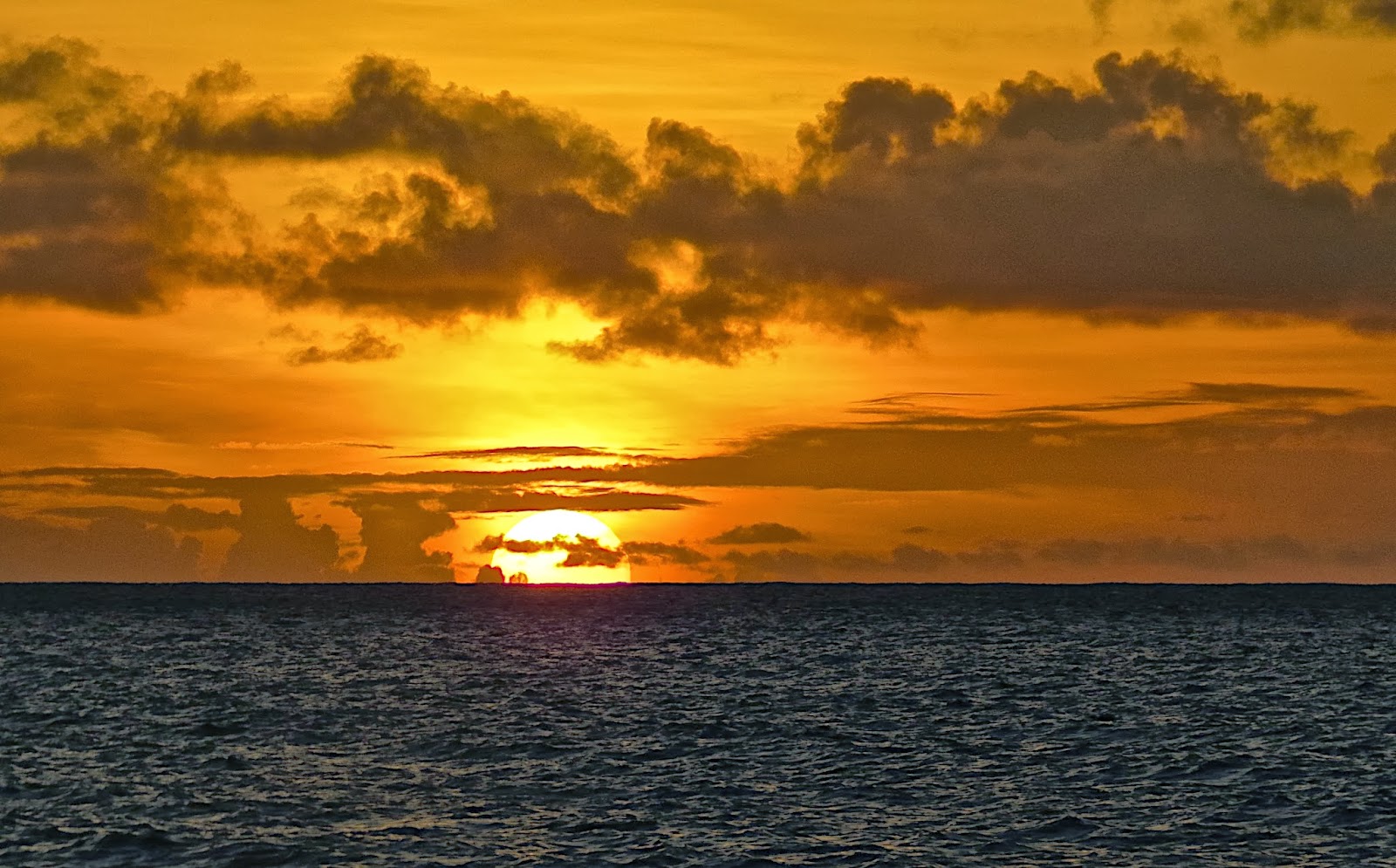