You may have wondered where I disappeared to
over the past two weeks.

Life threw me some unexpected curves
that made it difficult for me to post.

But that's all behind me now,
and things are looking up indeed! 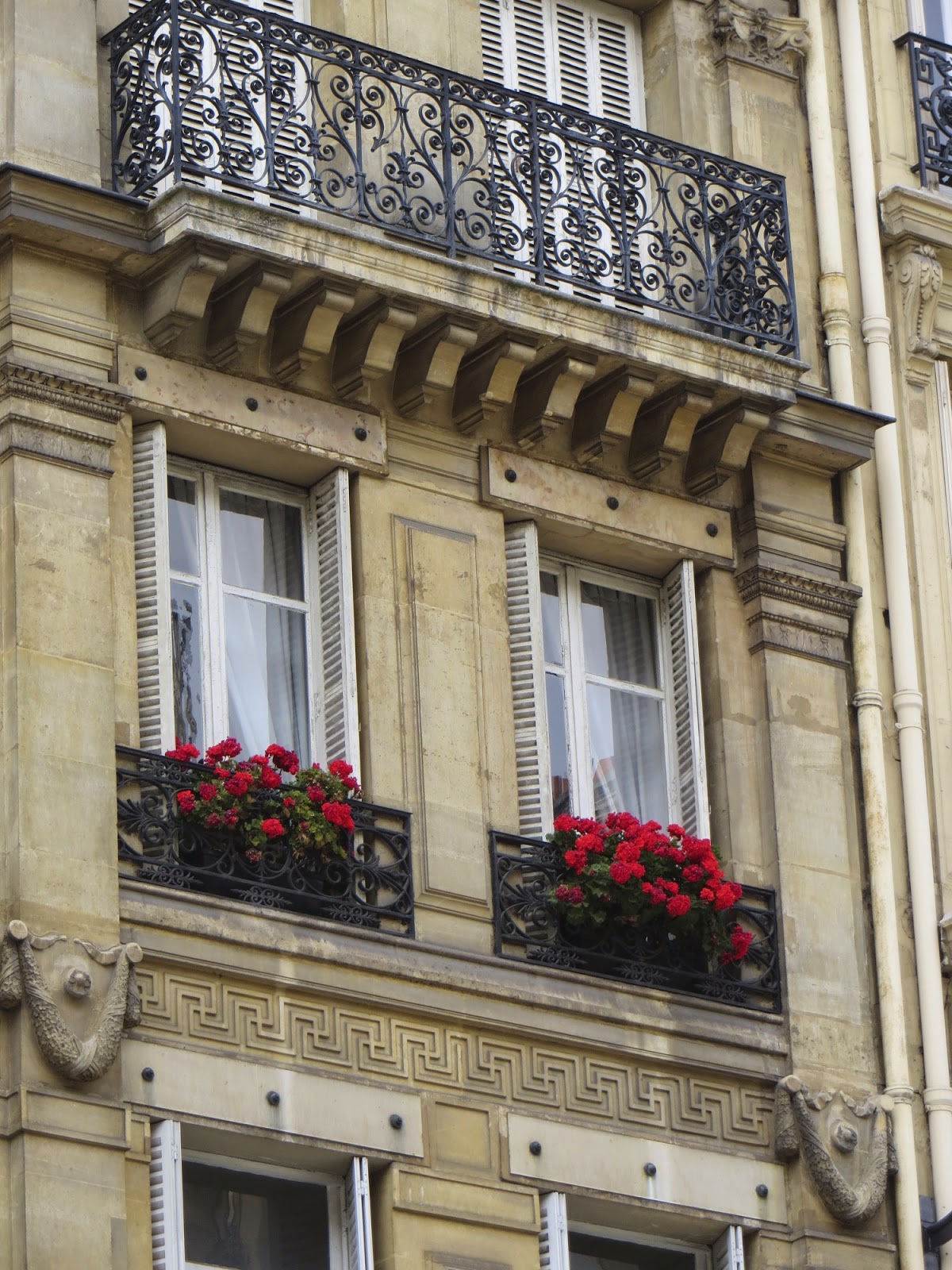 We left on Saturday and flew from Denver
via Iceland to France. 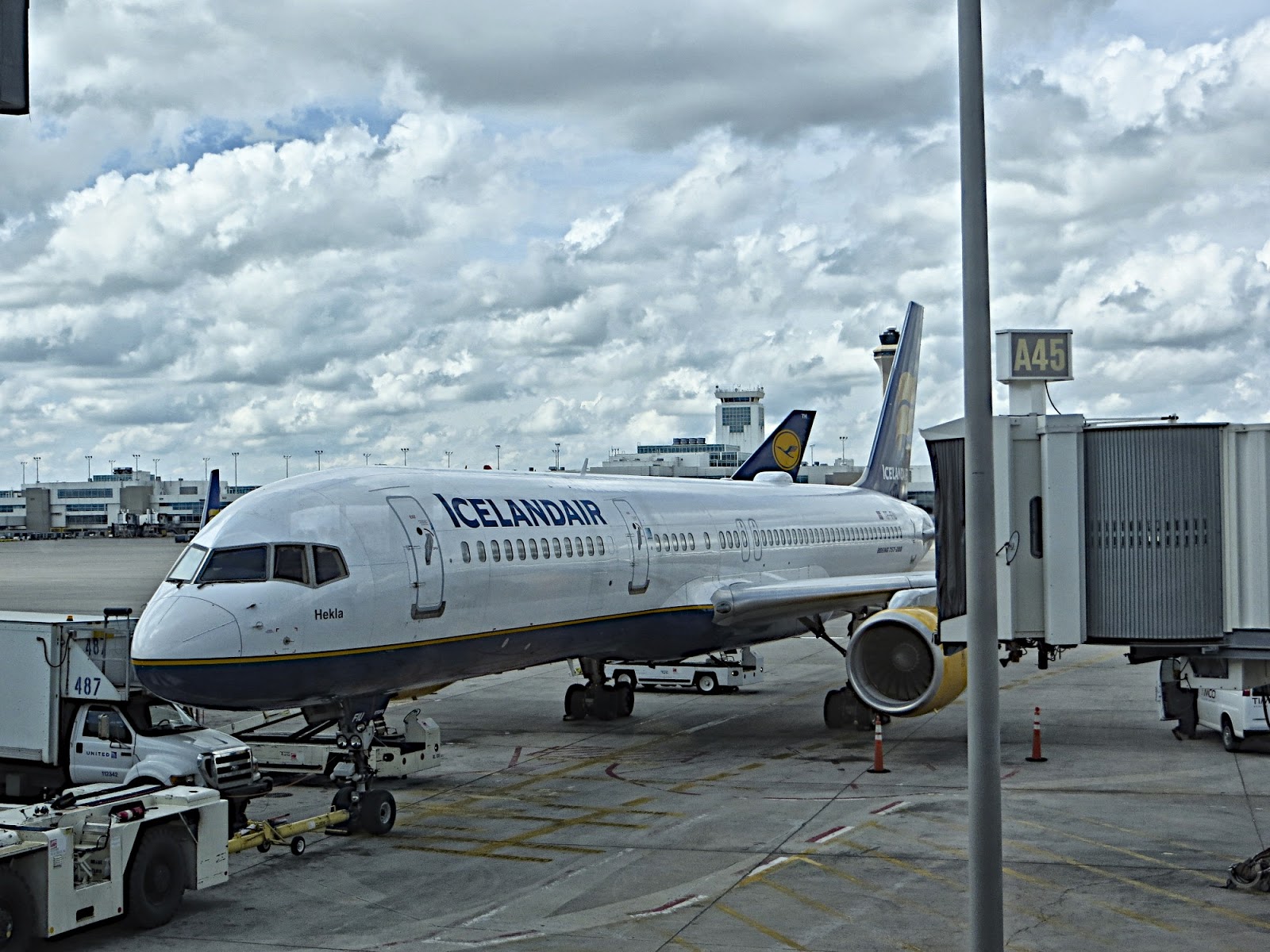 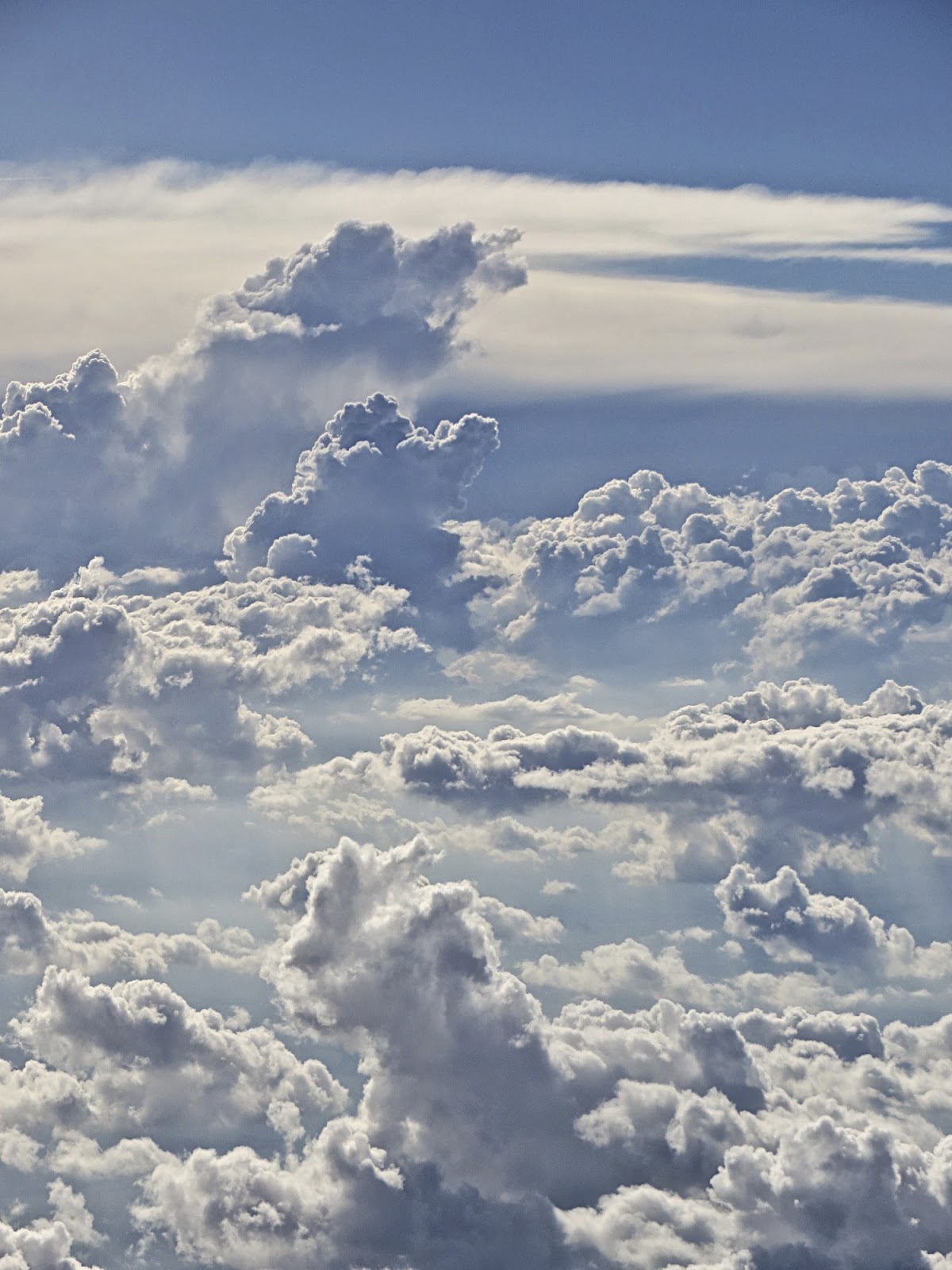 We flew over northern Ontario, Hudson Bay,
across Greenland, and into Reykjavik, Iceland. 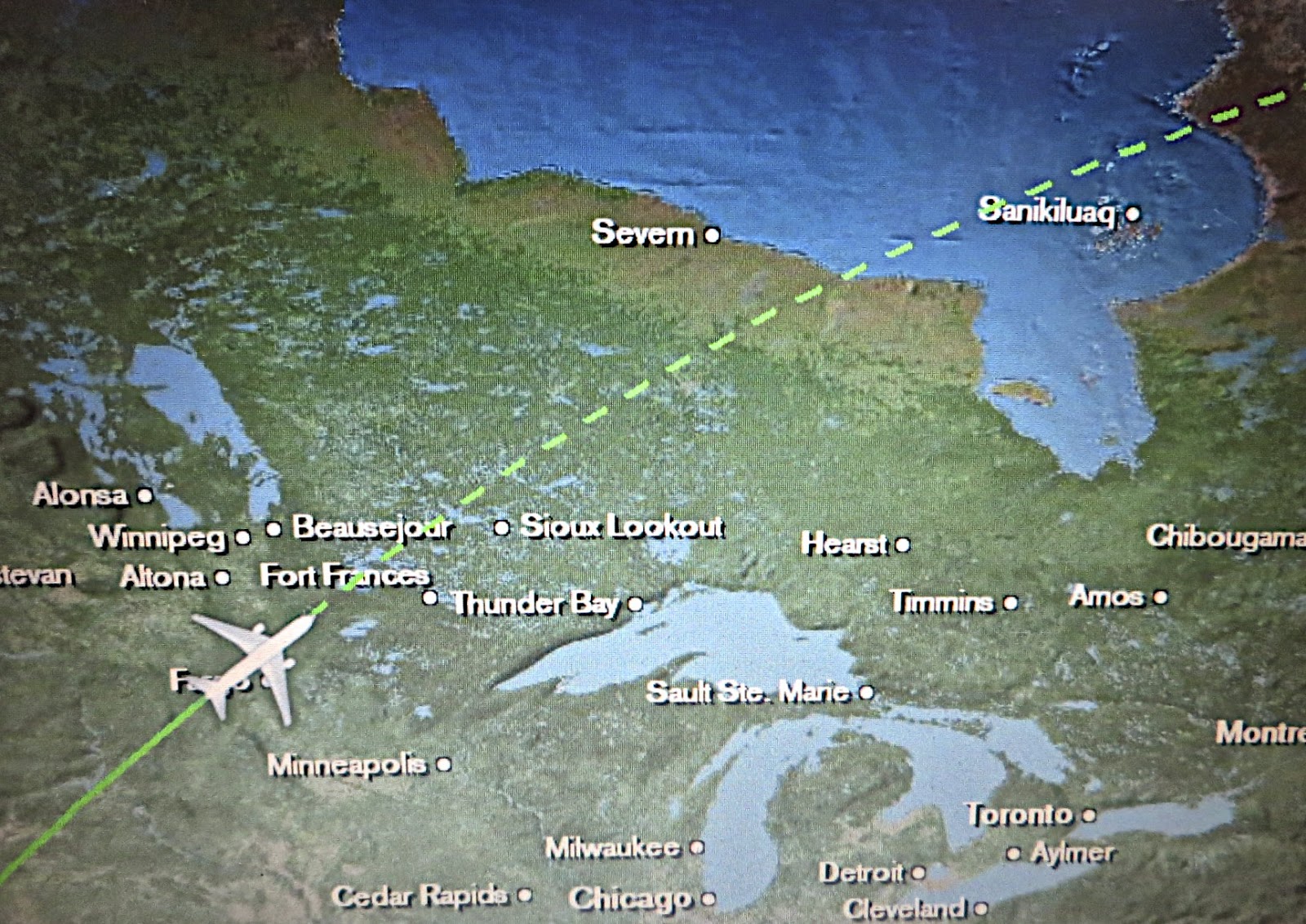 To my surprise and delight, we flew within 41 miles
of Sioux Lookout where I lived as a young girl,
but it was cloudy and I was on the wrong side of the plane. 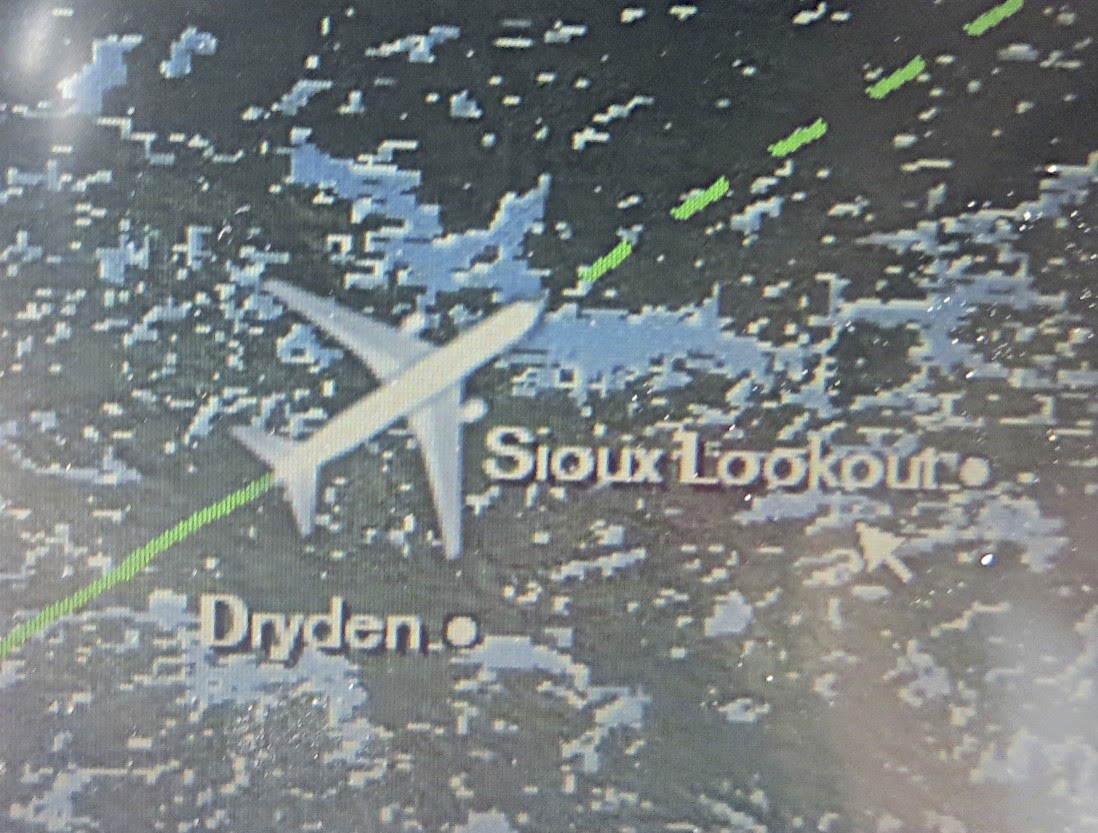 There was a break in the clouds
as we approached Hudson Bay,
but then it was solid cloud cover
until we got to Greenland. 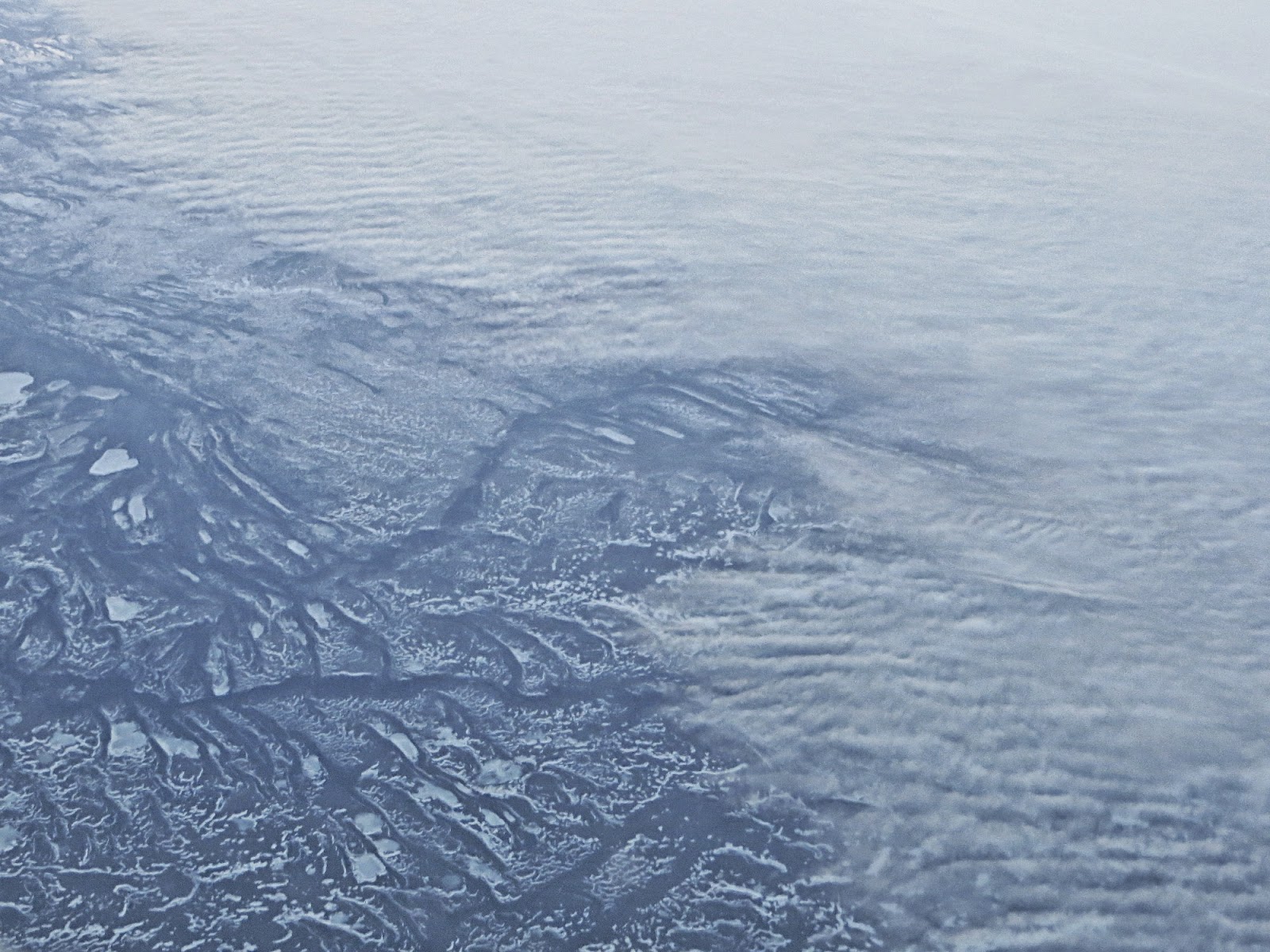 Near the Shore of Hudson Bay 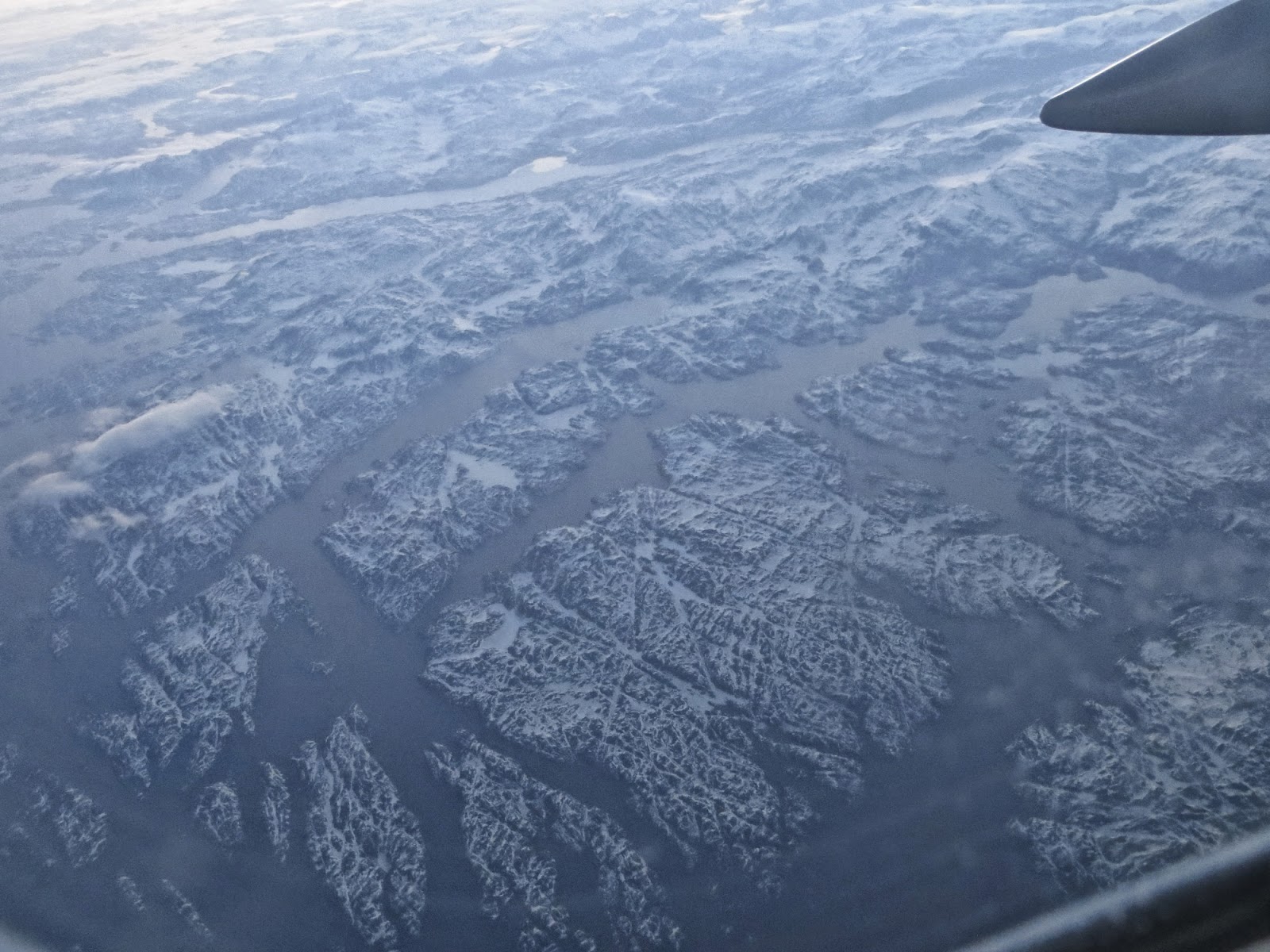 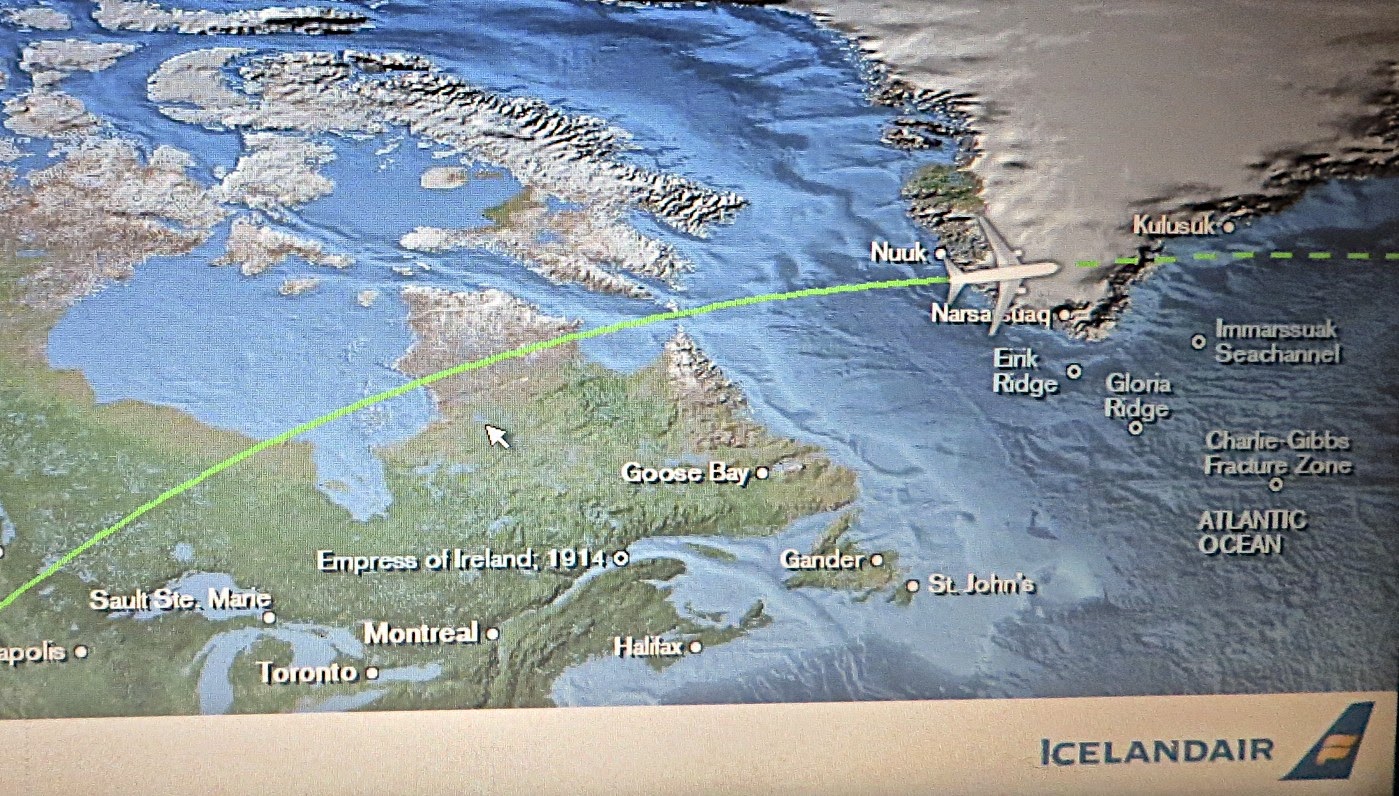 Our Route on Icelandair 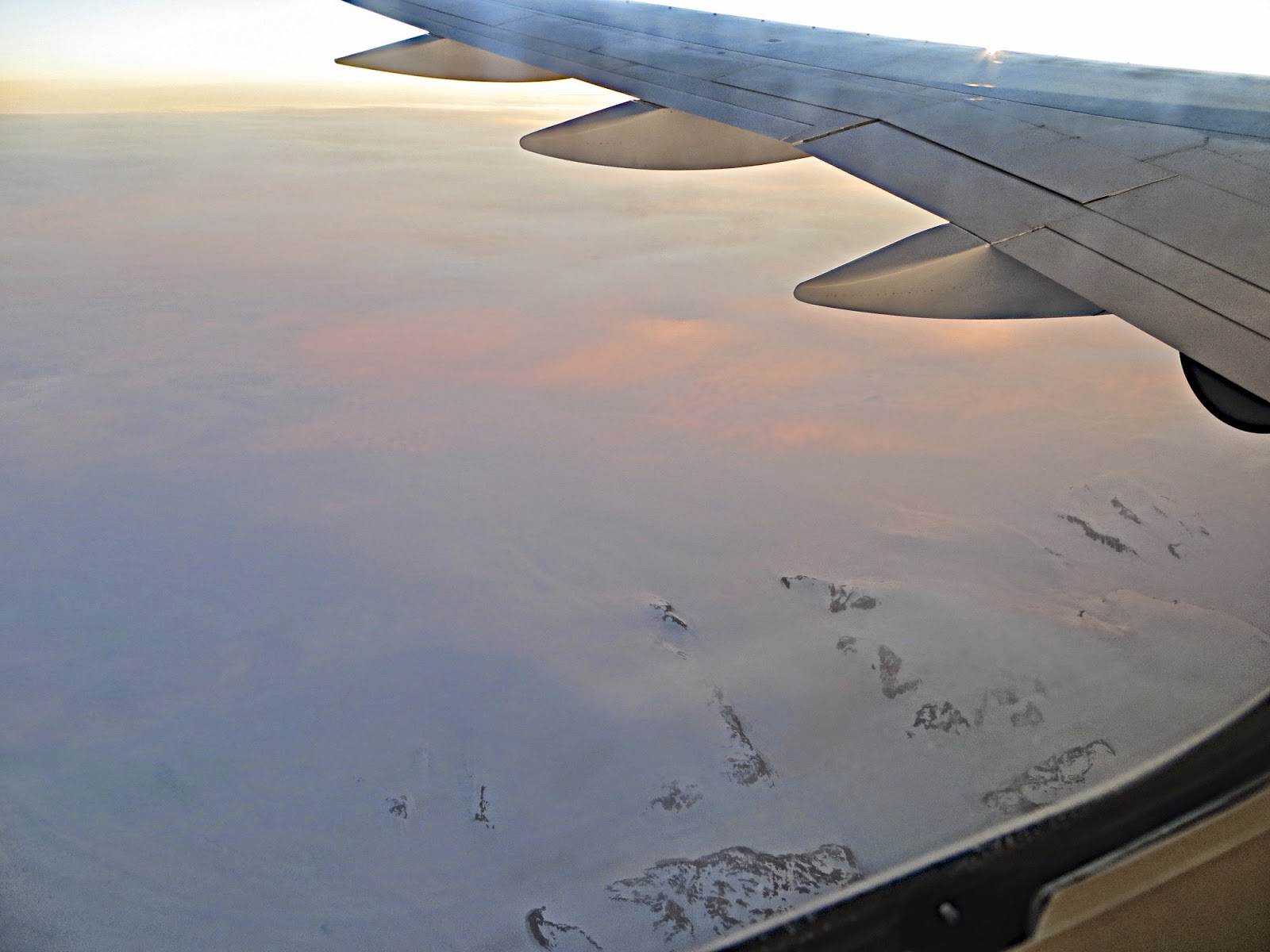 Coming into Keflavik Airport Outside Reykjavik

I imagined a lot of things about Iceland,
but I never imagined that the first thing I'd see
would be this! 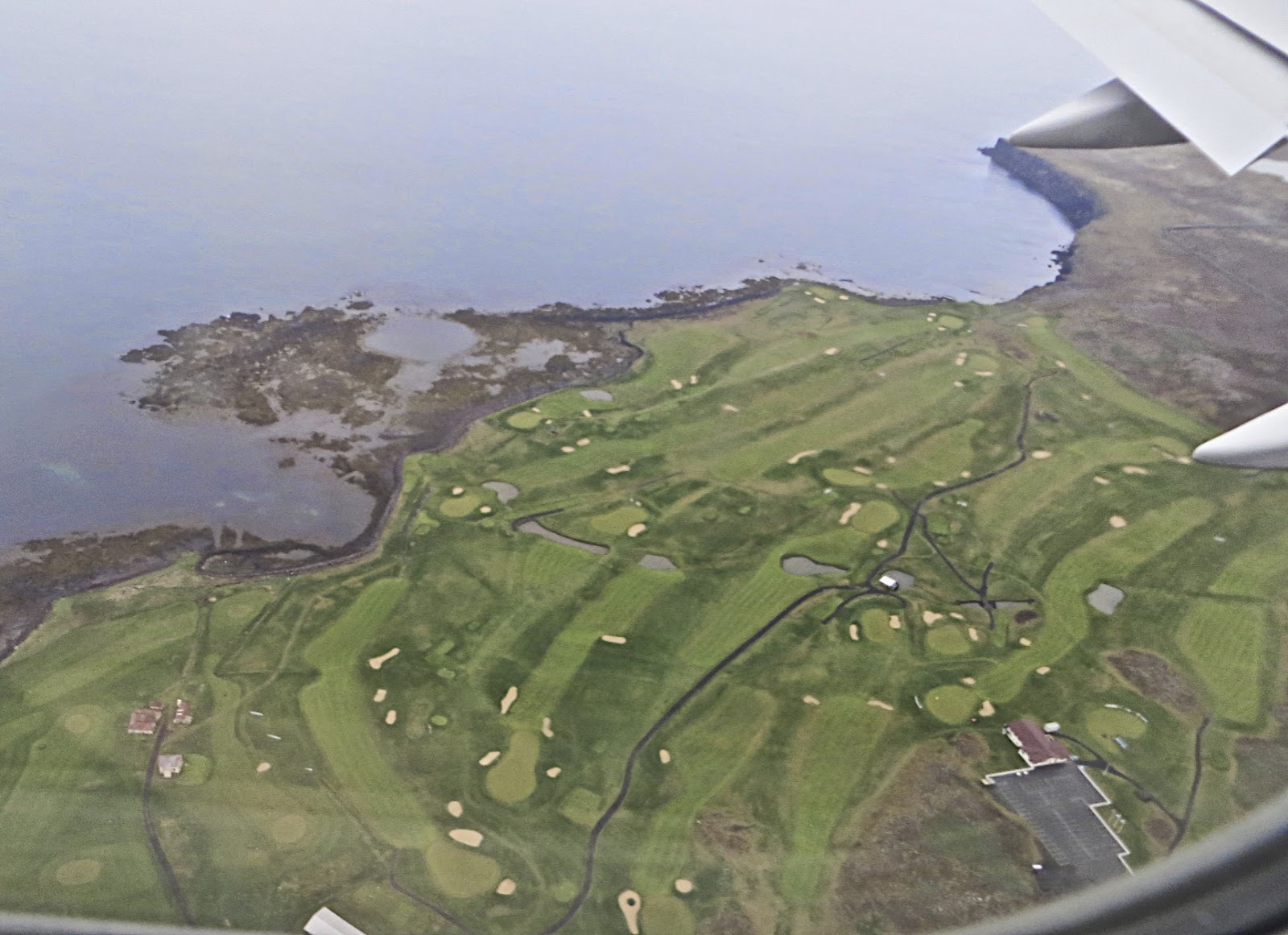 We switched planes and were off to France! 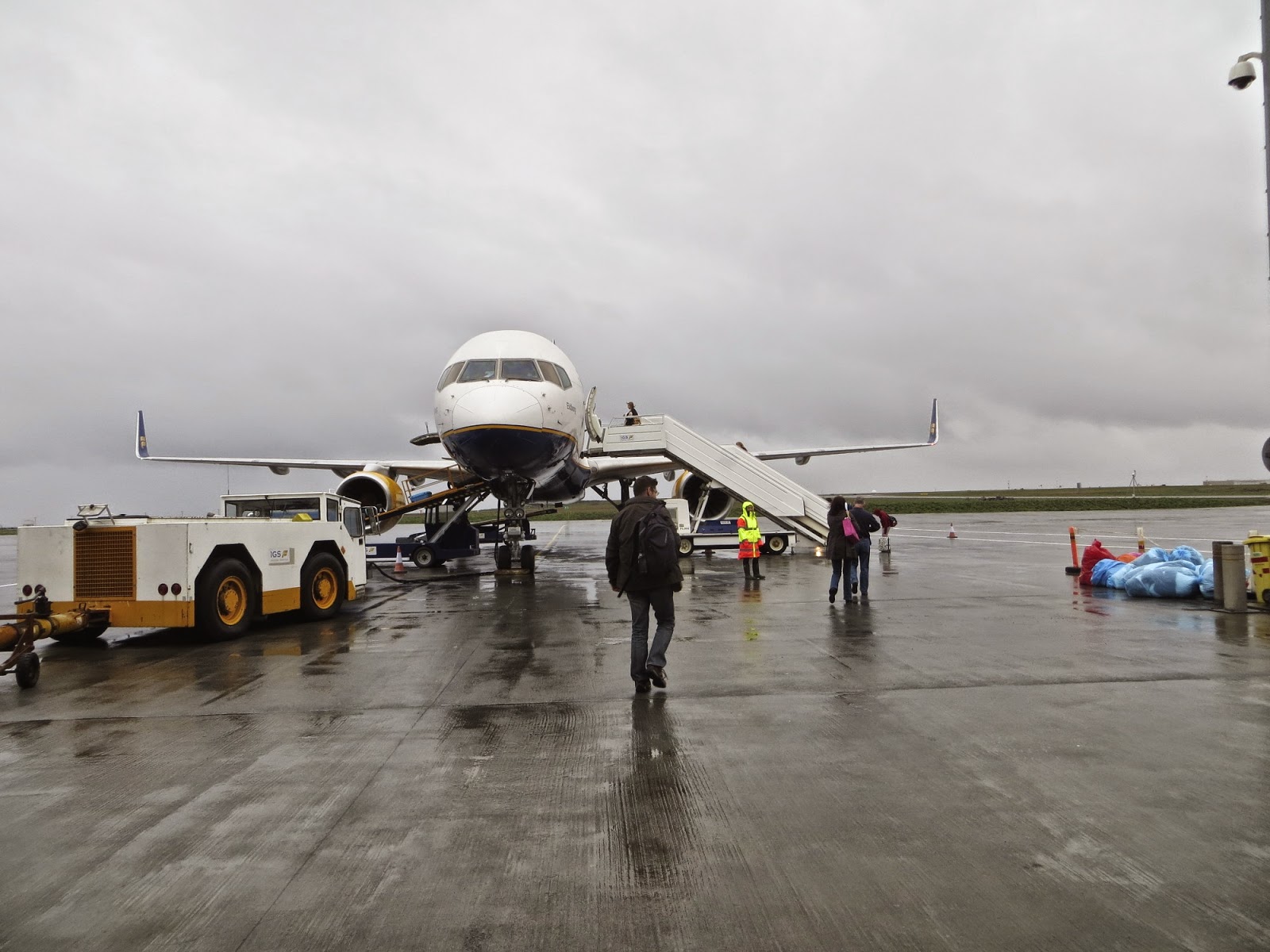 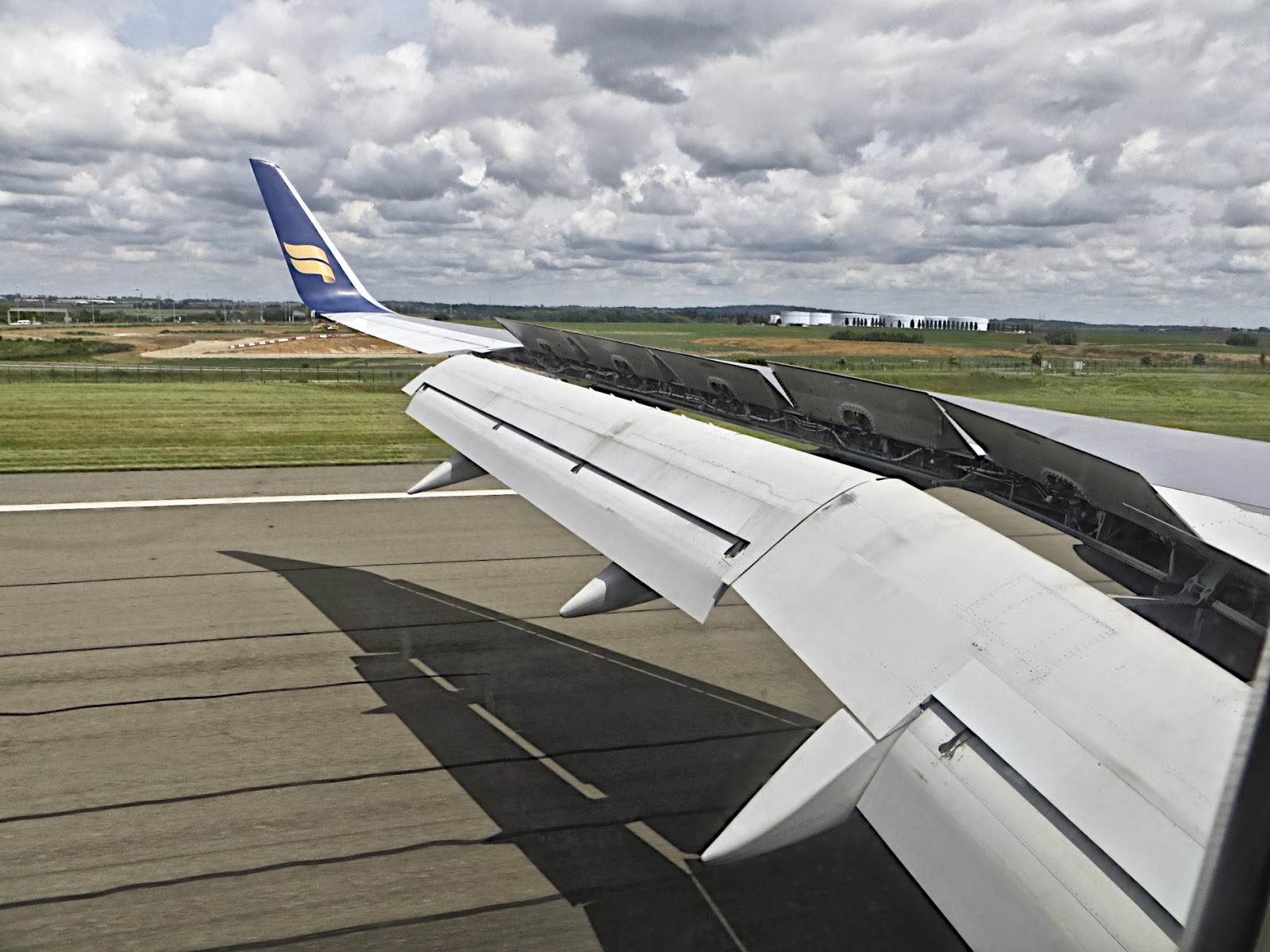 Before long we were checking into
our little home away from home in
Saint-Germain-des-Prés, Paris. 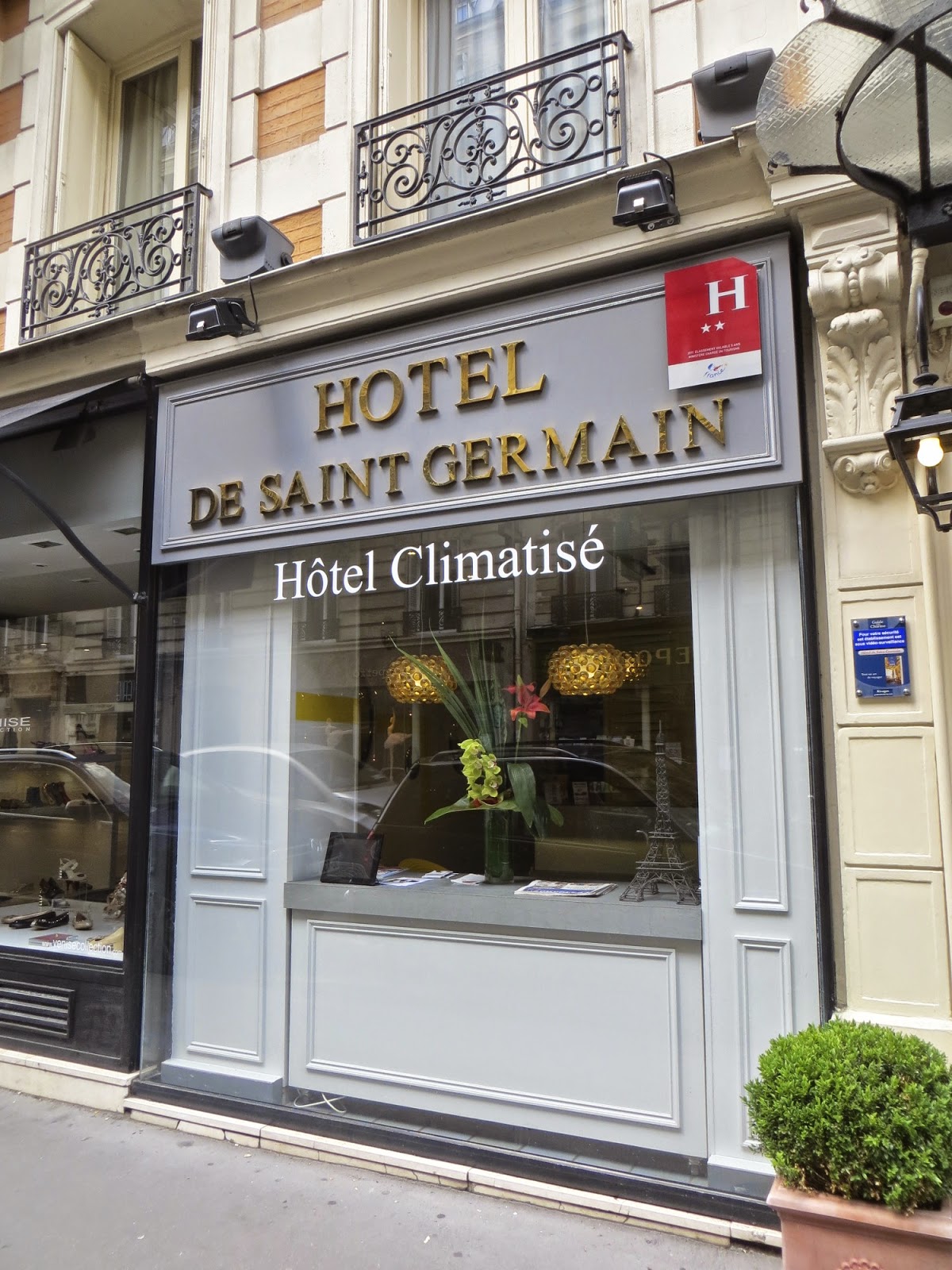 And then we were off to explore! 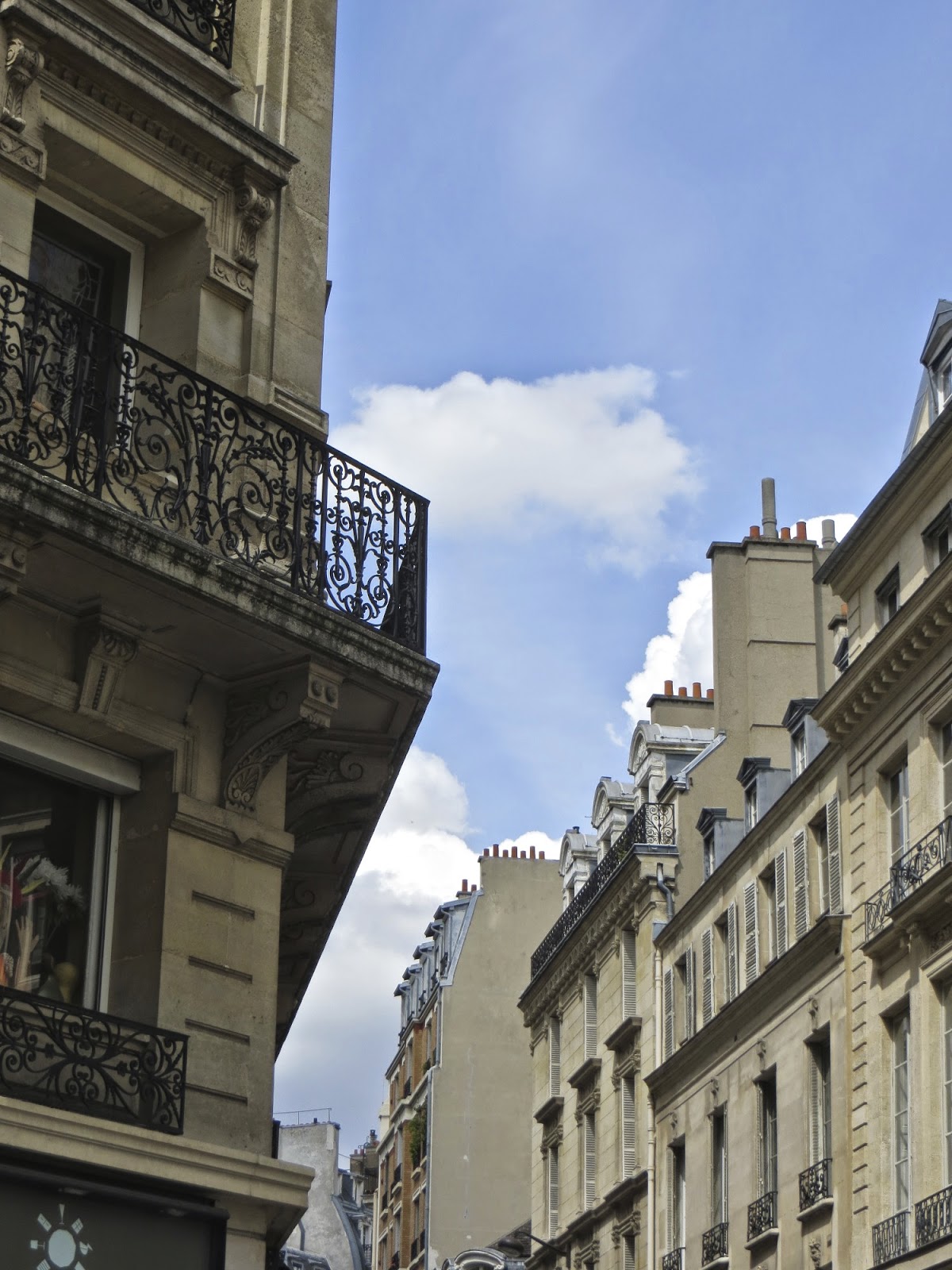 It is very late, so I must sign off!
More to come at my next chance.
Bon Nuit!
Posted by Fundy Blue at 5:46 PM