I admit it!
I am a packrat!
I've been a packrat all my life.

When I think of my packrat self,
I see a bushy-tailed woodrat.

Kind of cute, isn't it?
The Ever-Patient Terry doesn't think so.

I was sorting through my big collection of maps yesterday,
and Terry was just shaking his head as he watched me:
"Life would be so much easier for you
if you would just listen to me, Babe.
Get rid of them all! ~
There's so much on-line!"

Since I've retired,
I've eliminated most of my school things.
But I have a long way to go
with the rest of my treasures ~
or crap, as the E-P would say.

It's a little overwhelming!

So, just for fun,
right now,
I'm pulling a random packet out of a pile of photo packets
I found hidden among my hundreds of maps yesterday.

And I promised myself
I'd post one or two of the photos
I discovered in the packet,
just for fun. 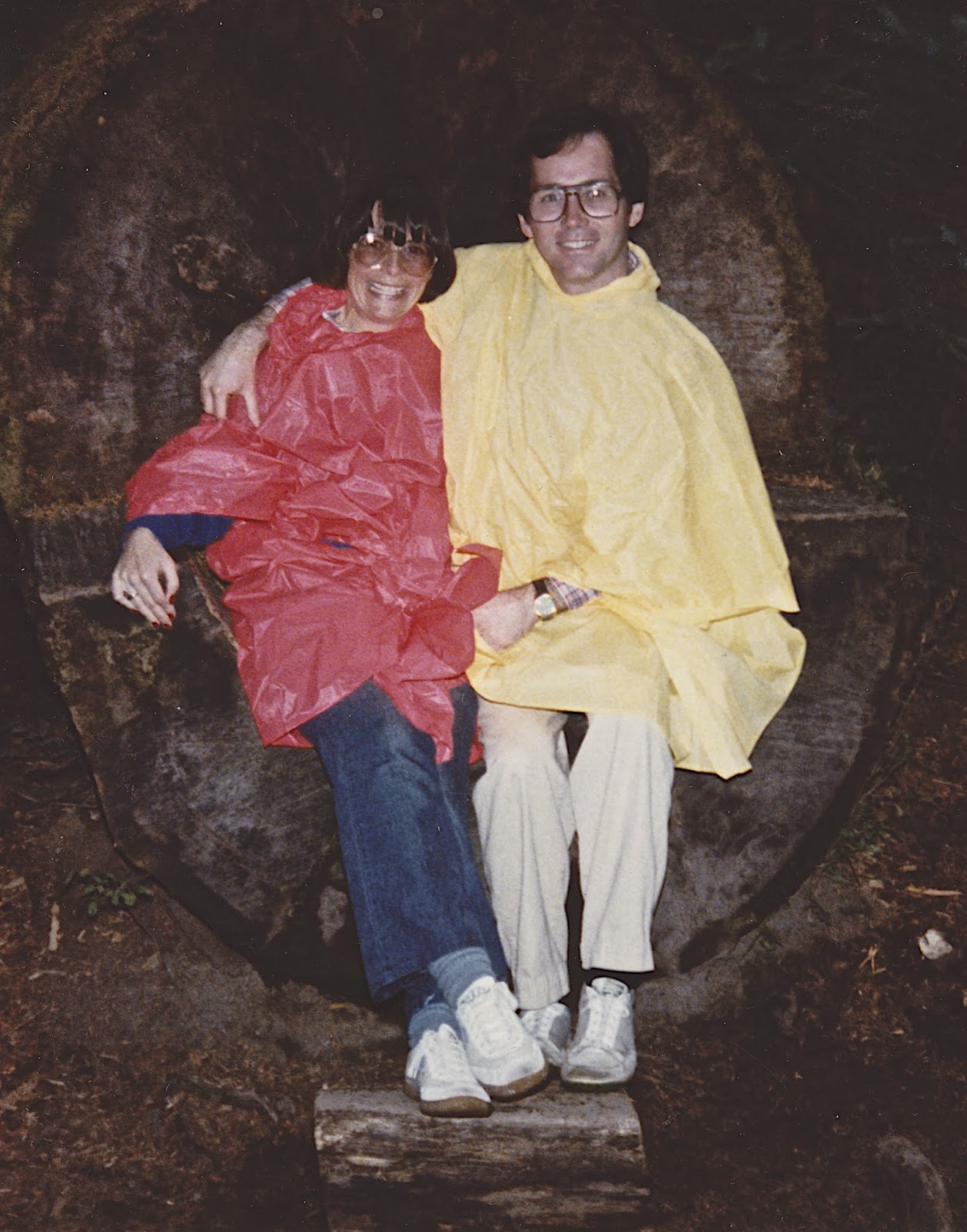 The E~P and Me
Along Cape Flattery Trail
September 1984

I've been looking for this photo forever!
Who knew I should look in my scary map drawers,
(a file cabinet of four legal-sized drawers
crammed and filled with piles of maps in folders and loose)!

This is Terry and I on our honeymoon
in Washington State in September 1984
along the trail to Cape Flattery.

We are sitting in a hollow log
just off on a muddy trail
criss-crossed with knobby roots.
It is misty-rainy
and Terry is good-naturedly hiking with me
to the northwestern most point
in the continental USA.

He has learned over the years
that I want to get to the highest and lowest points,
the tips and ends of everything,
just around the next corner;
well, under, above, behind, on top of,
in short, everywhere!

And in the funny way this Universe works,
I started off with a bushy-tailed woodrat in this post,
a character from a favorite children's book
I read aloud almost every year to my kiddos:
Will Hobbs' Kokopelli's Flute.

And Will Hobbs,
just the most personable author in the world,
also wrote Ghost Canoe
which takes place on and around Cape Flattery!

And in the same envelope of photos in the packet is this photo: 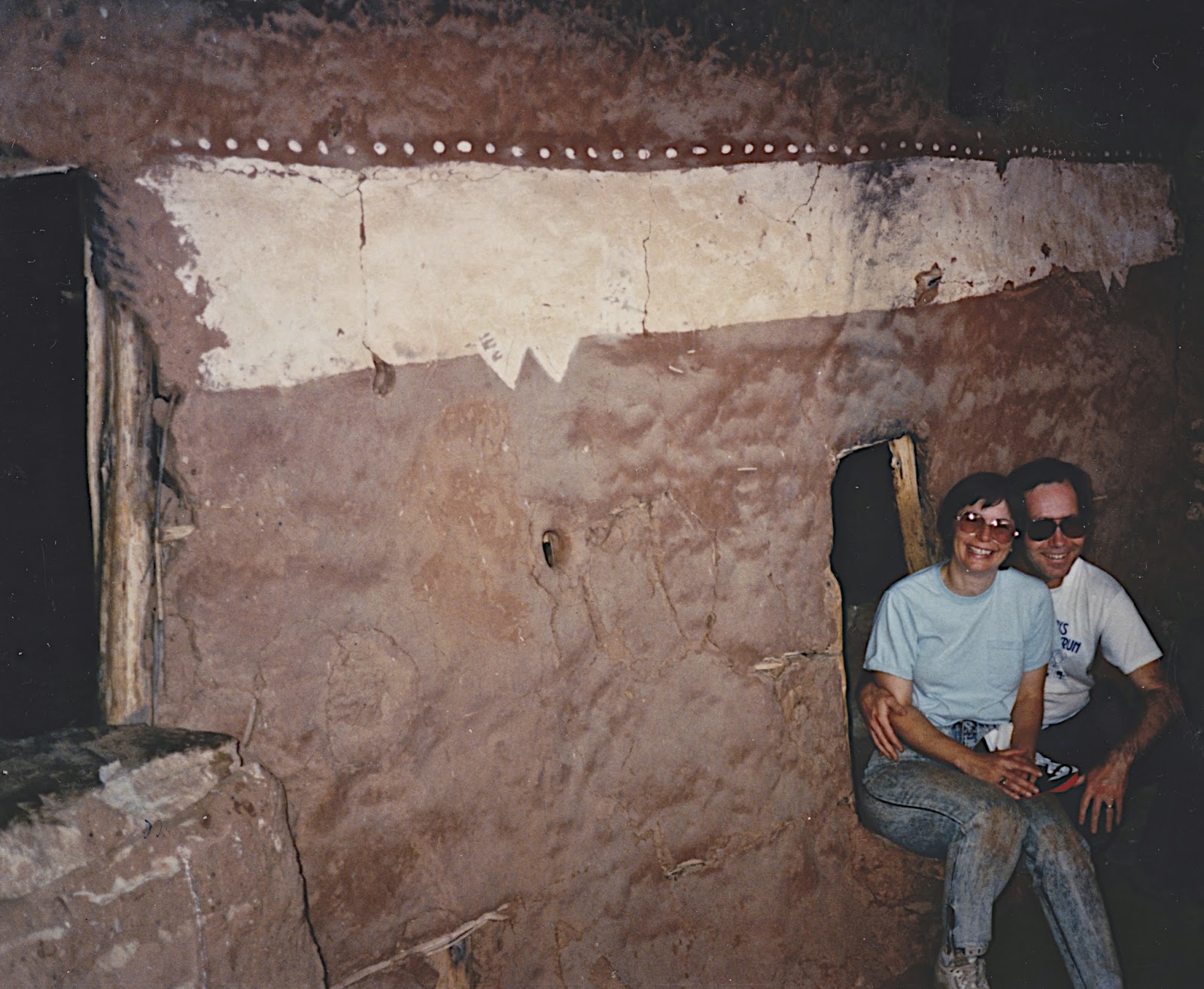 Terry and I are sitting in a door
that leads to a tiny room
in an Anasazi cliff dwelling called Moon House
located on remote Cedar Mesa in Utah.

This room was featured in Kokopelli's Flute.
The moment Will Hobbs read aloud a passage
in his just published Kokopelli's Flute
to a group of us at a children's literacy conference,
I knew he had been at Moon House. 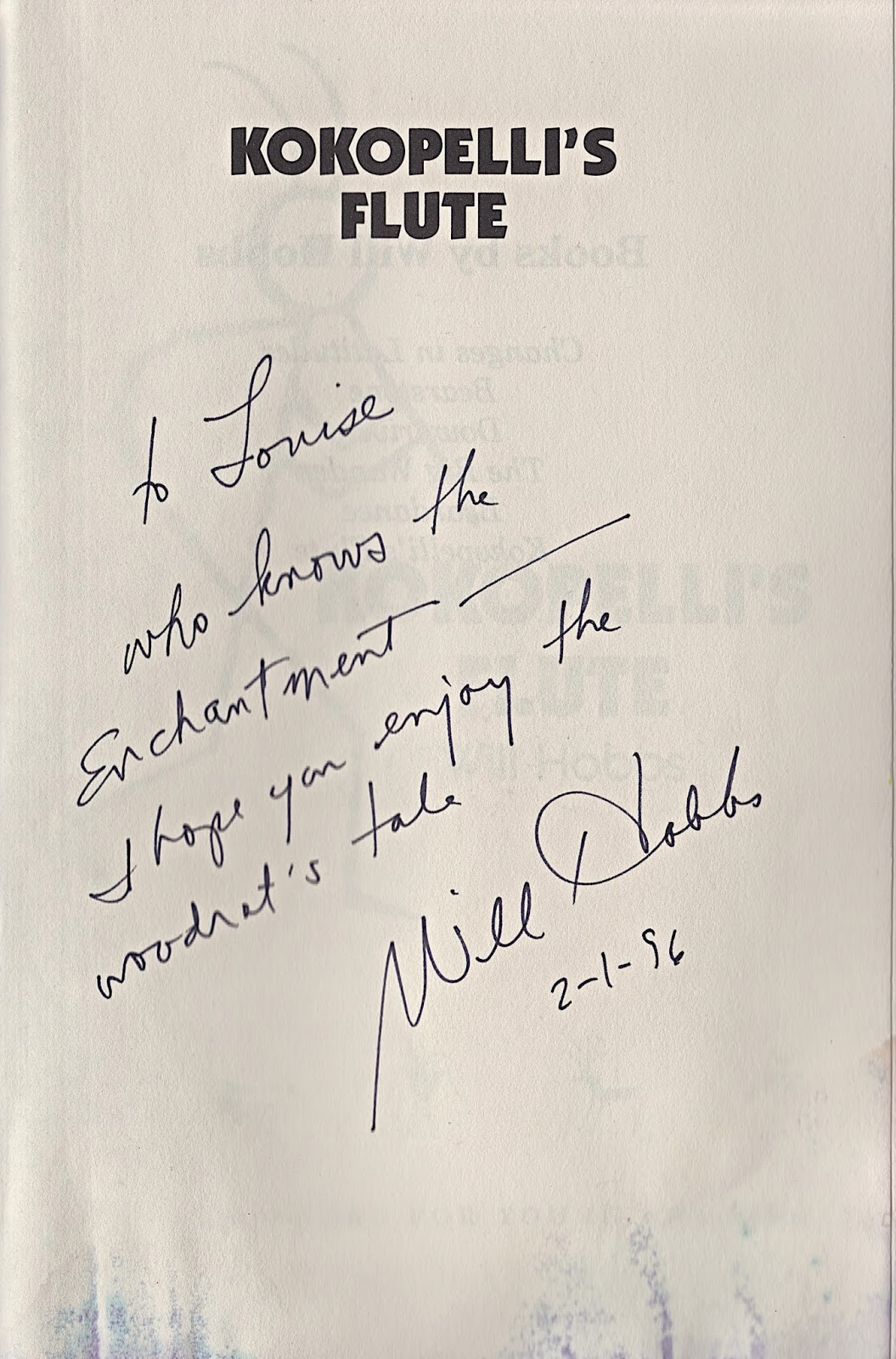 So of course
we talked about Moon House
after his presentation,
and Will wrote this
in my copy of his book.

The page is a little damaged
from one of the floods
my classroom endured
over my career.


There was a second envelope of photos
in the packet, and I found this: 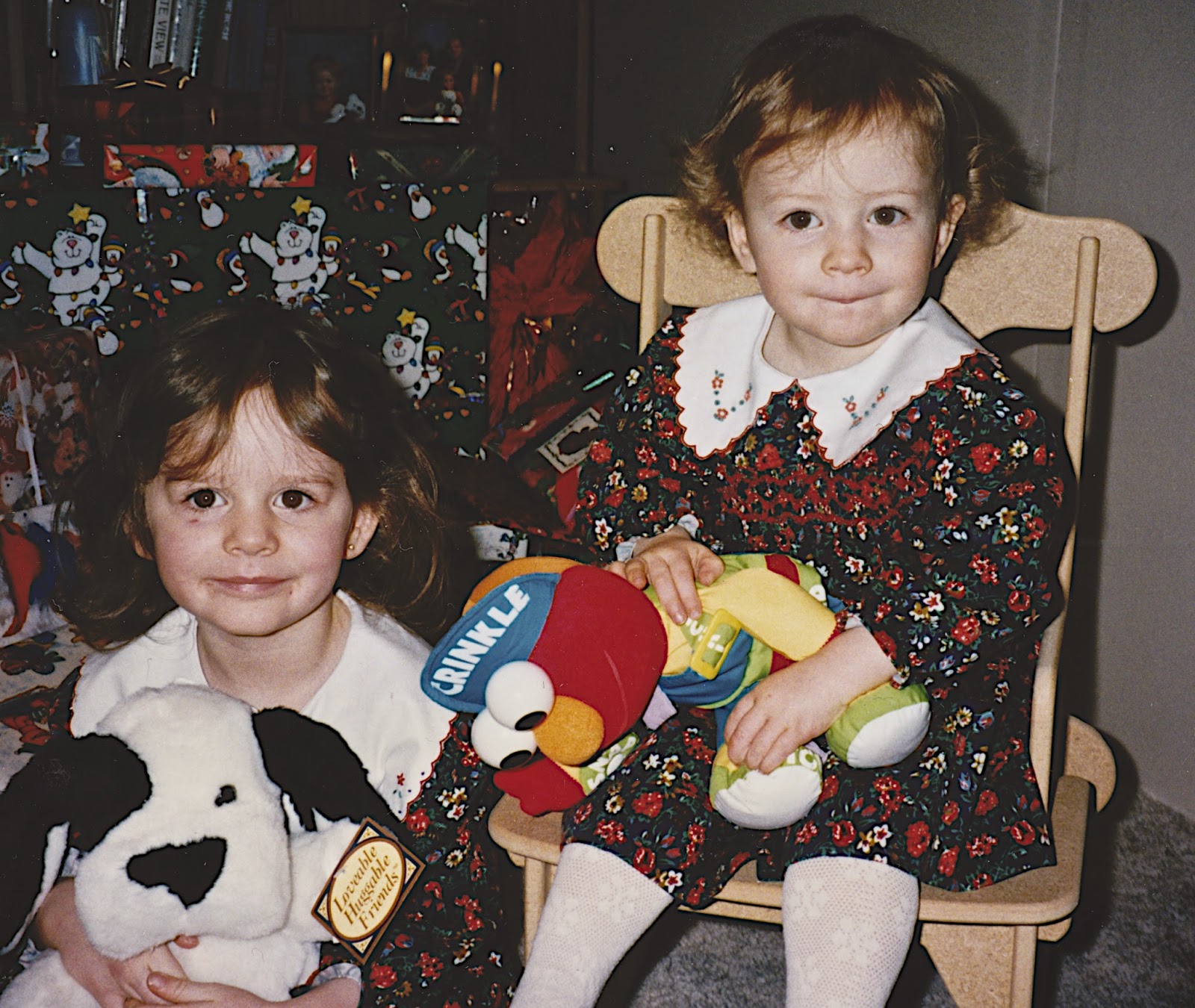 Just a cute photo of my nieces.
Except that just before I began this post,
I wrote a comment on my friend Audrey's heartwarming post,
and I told her a story about these two that took place
just a couple of days after I snapped this photo.