It's been tense on the home front
this past ten days or so.
A lot is being left undone. 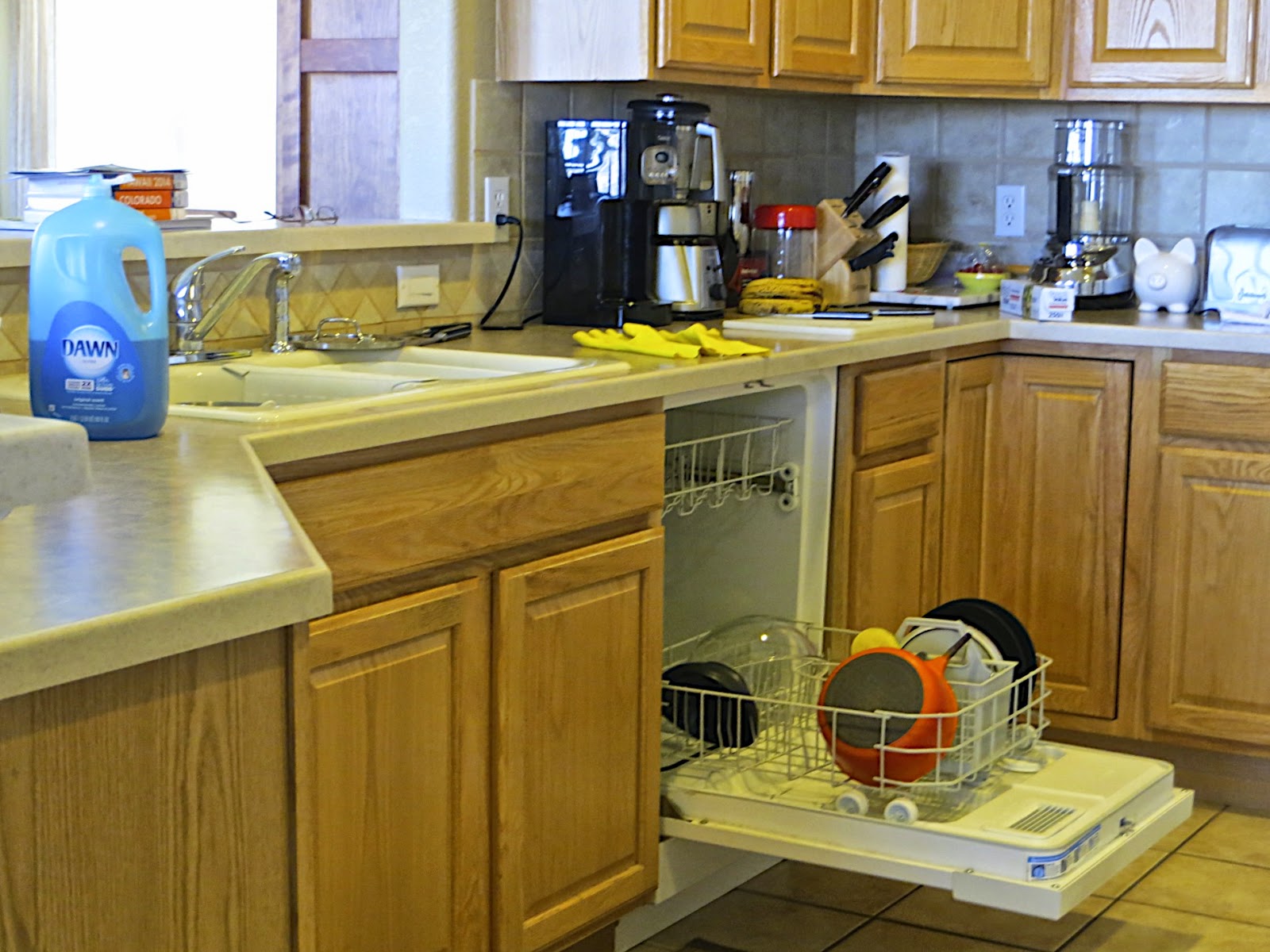 The Ever-Patient and I have been battling each other.
Long silences and intense looks
have filled our days and nights. 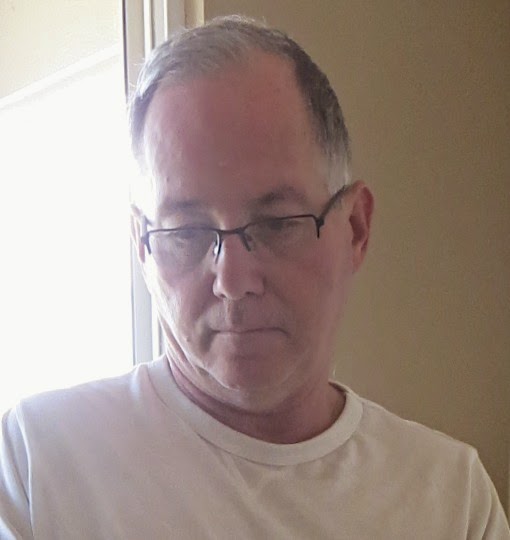 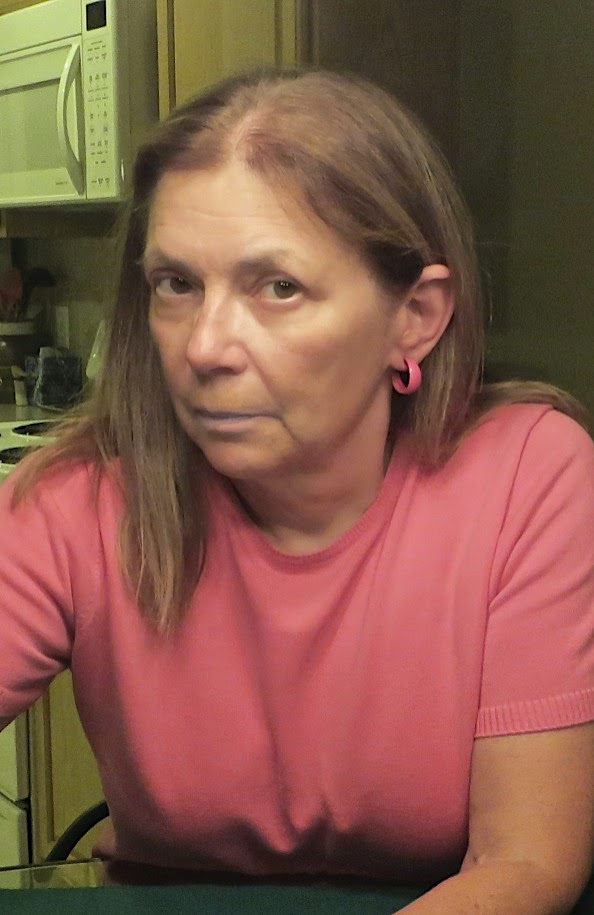 And when we do,
the looks can be
downright unfriendly!

Neither of us is going to surrender. 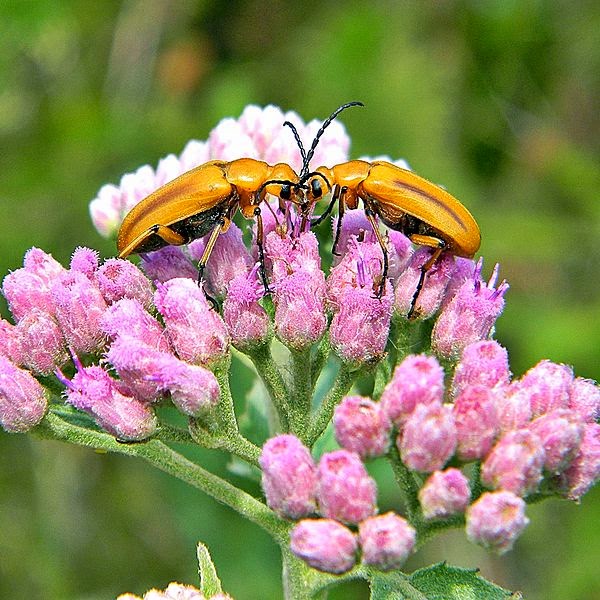 Our home is a battlefield
where we marshall our troops. 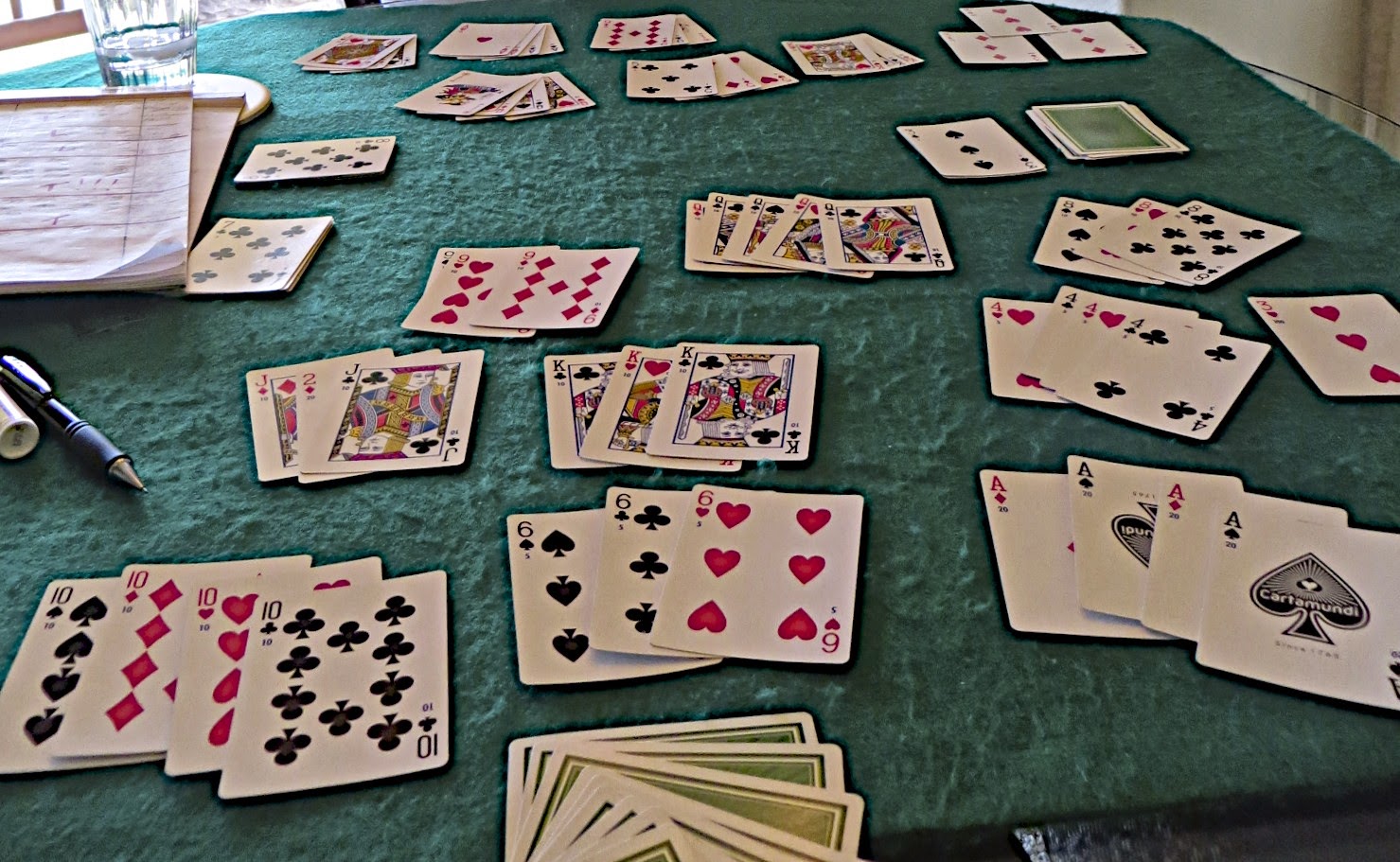 Do you love to play cards?
I mean REAL cards ~
where you shuffle and deal and hold them in your REAL hands. 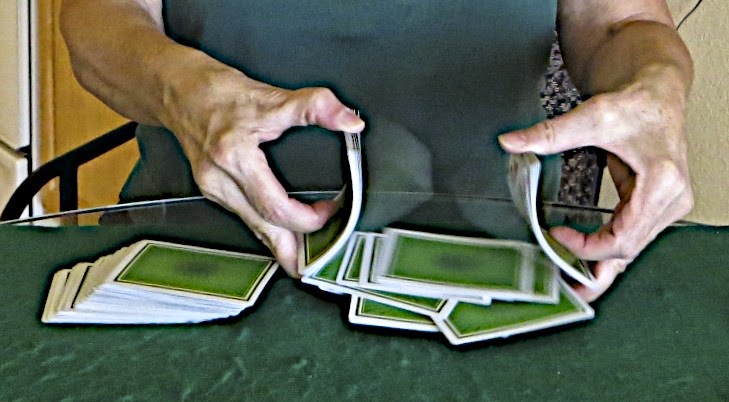 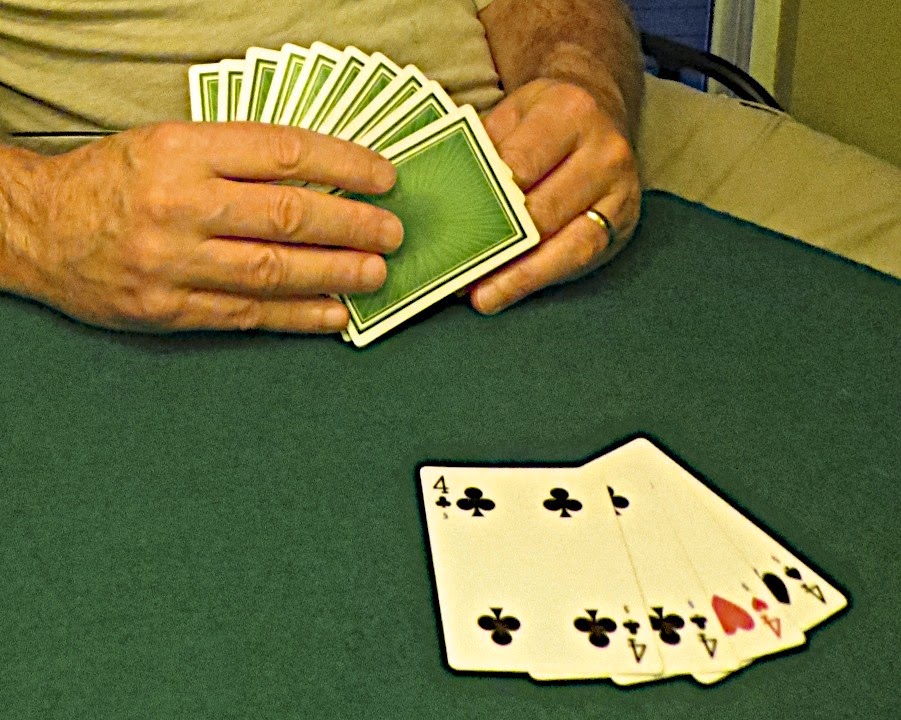 Terry and I LOVE to play cards.
Hours can pass as we battle, 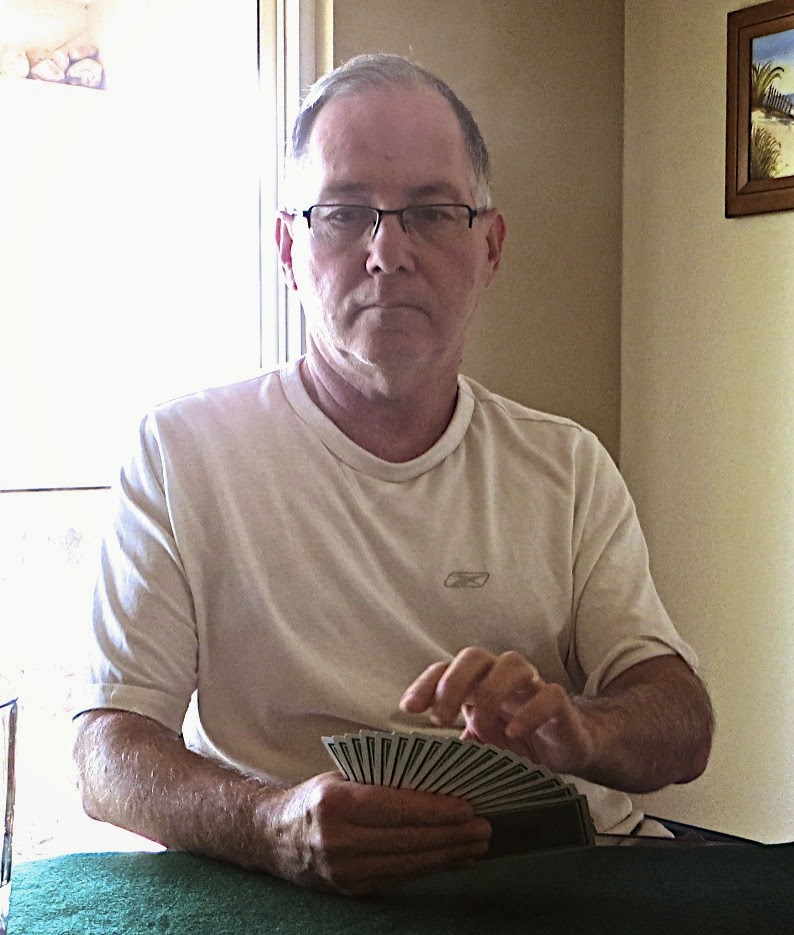 because
WE BOTH WANT TO WIN!!! 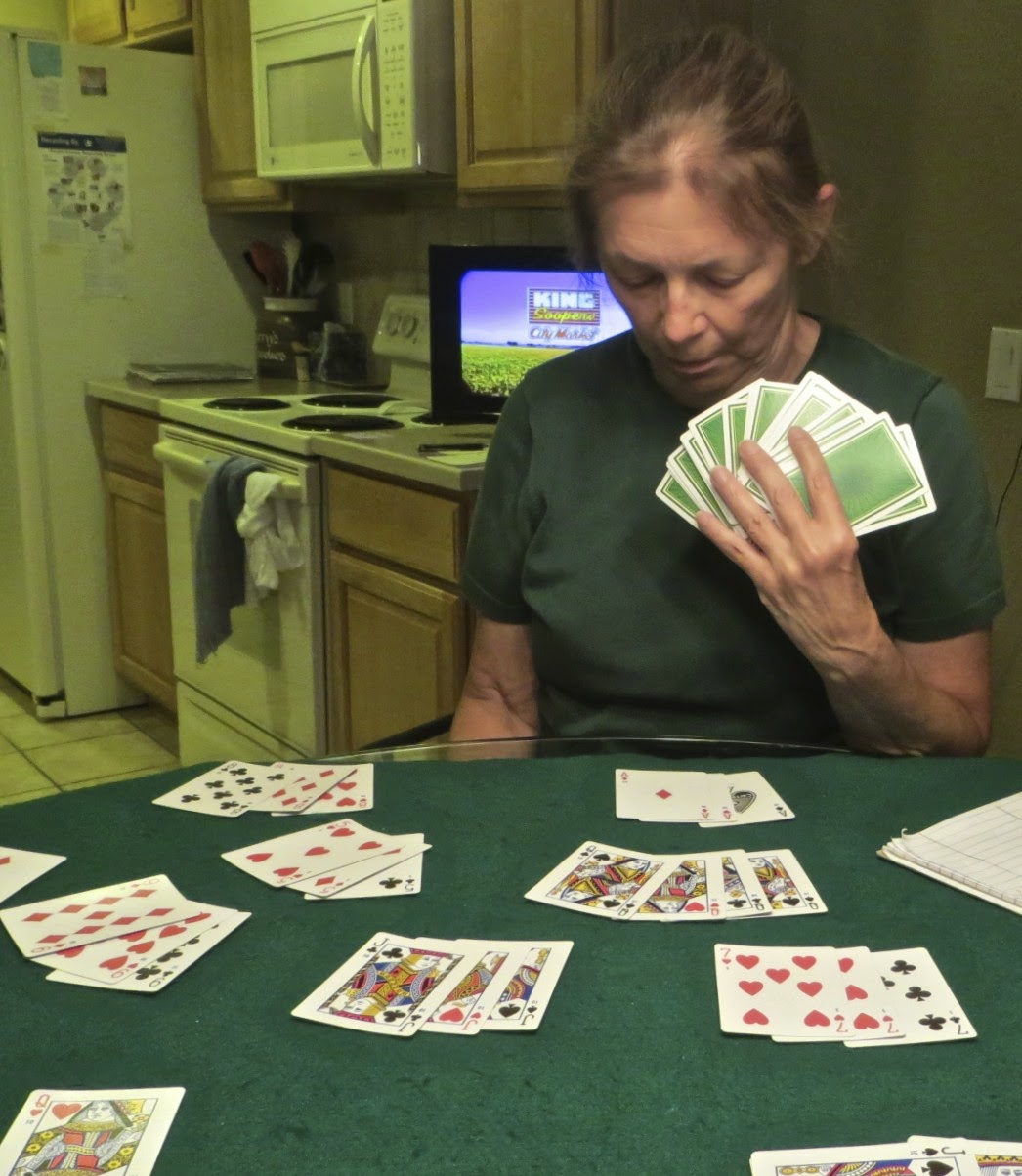 Our desire to win makes for long games.

I actually unloaded the dishwasher
and peeled the spuds for a large potato salad
while Terry contemplated one discard. 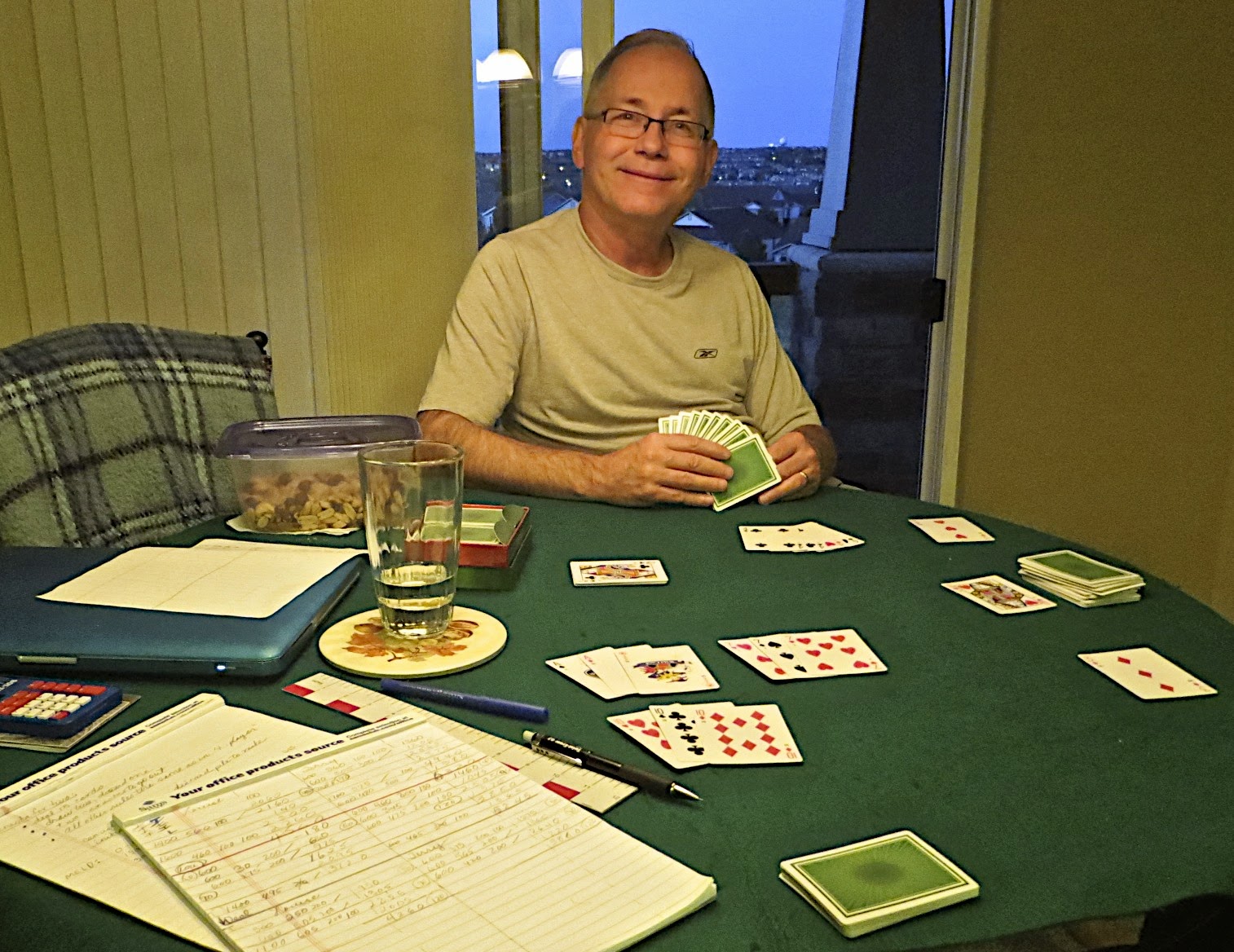 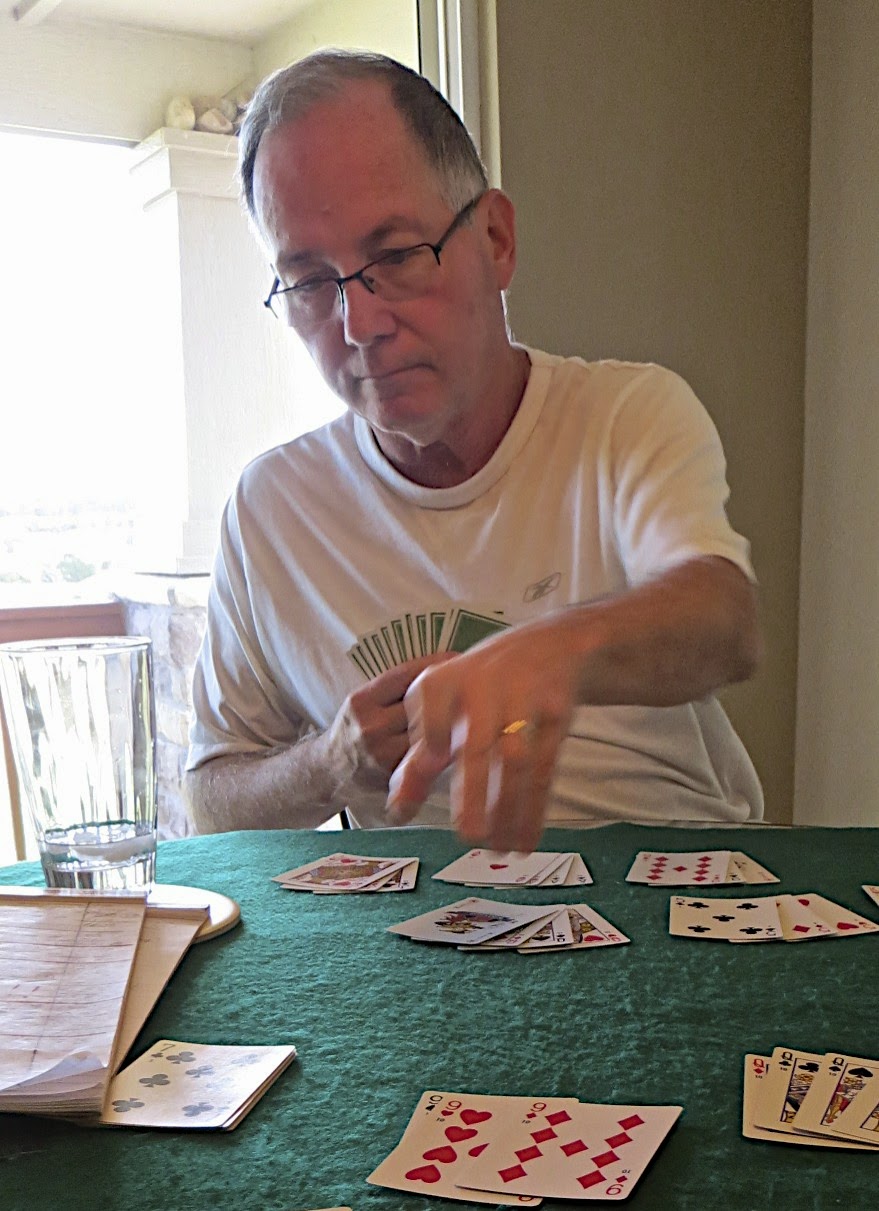 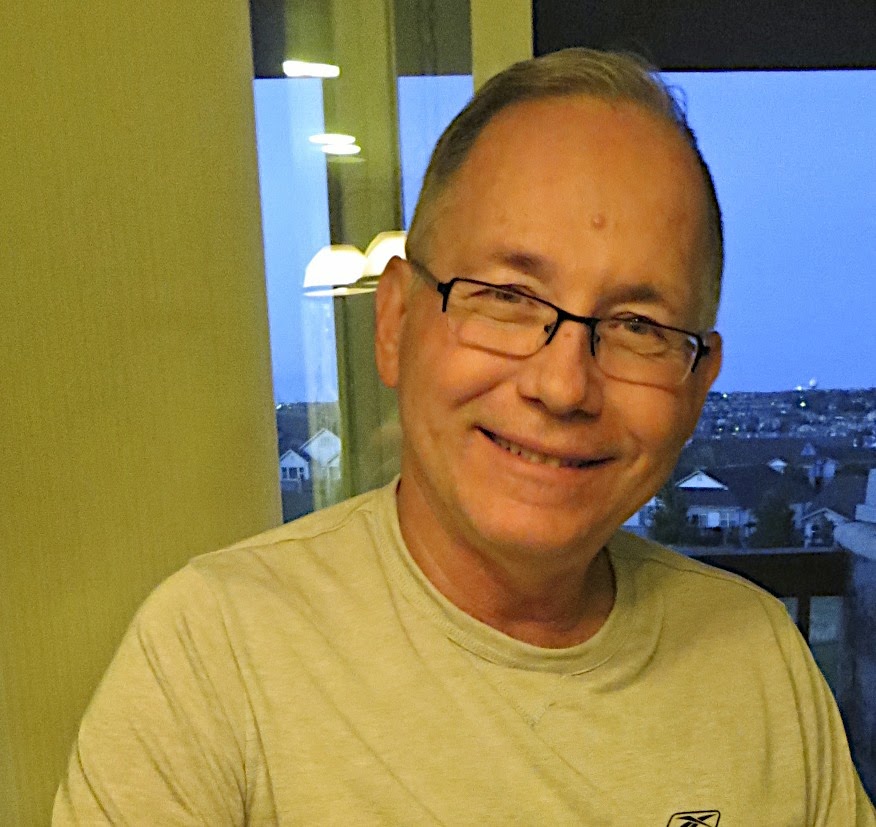 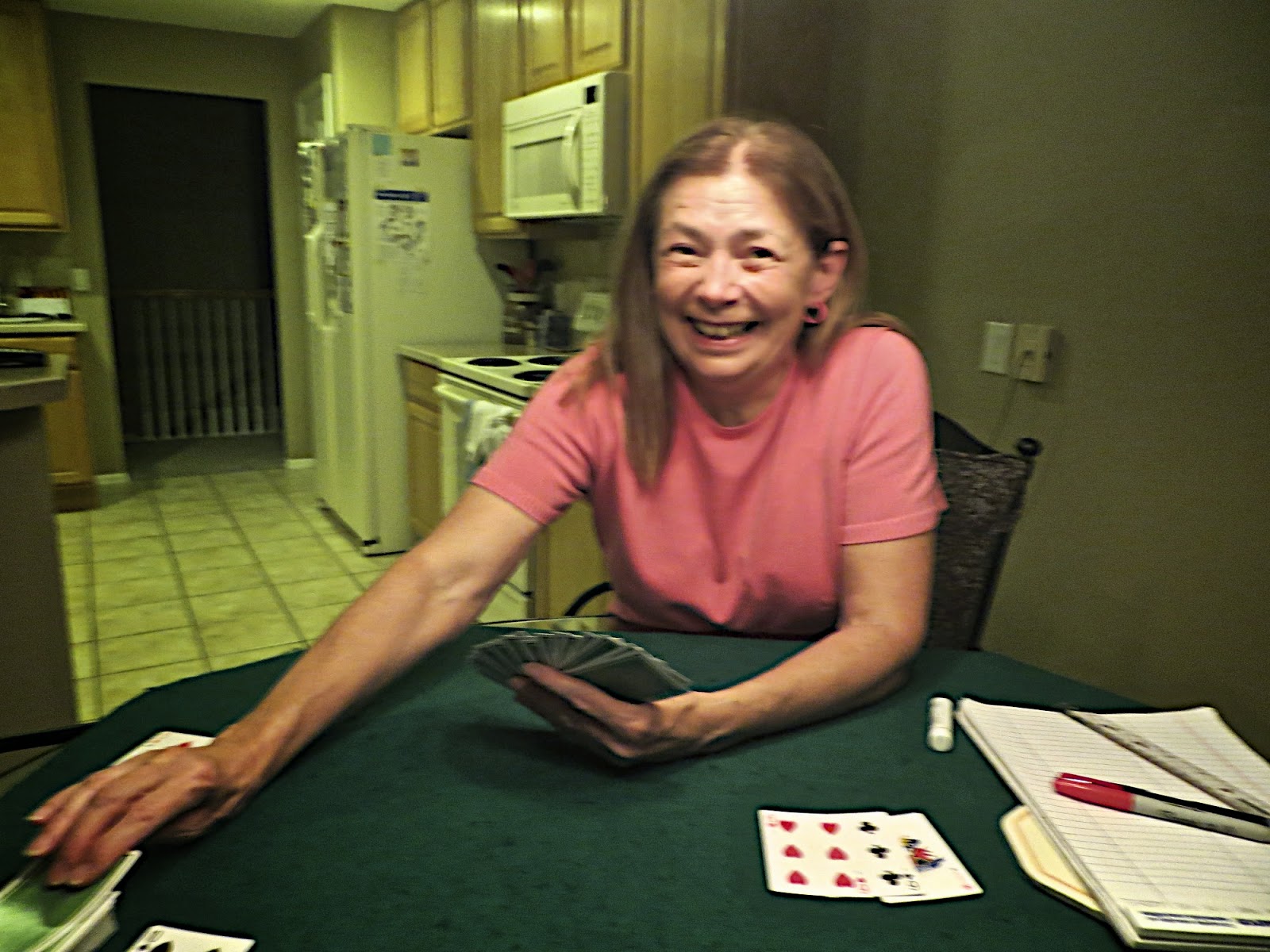 I don't know why!
The E-P has won the last three games!

But then he wants to win EVERY game! 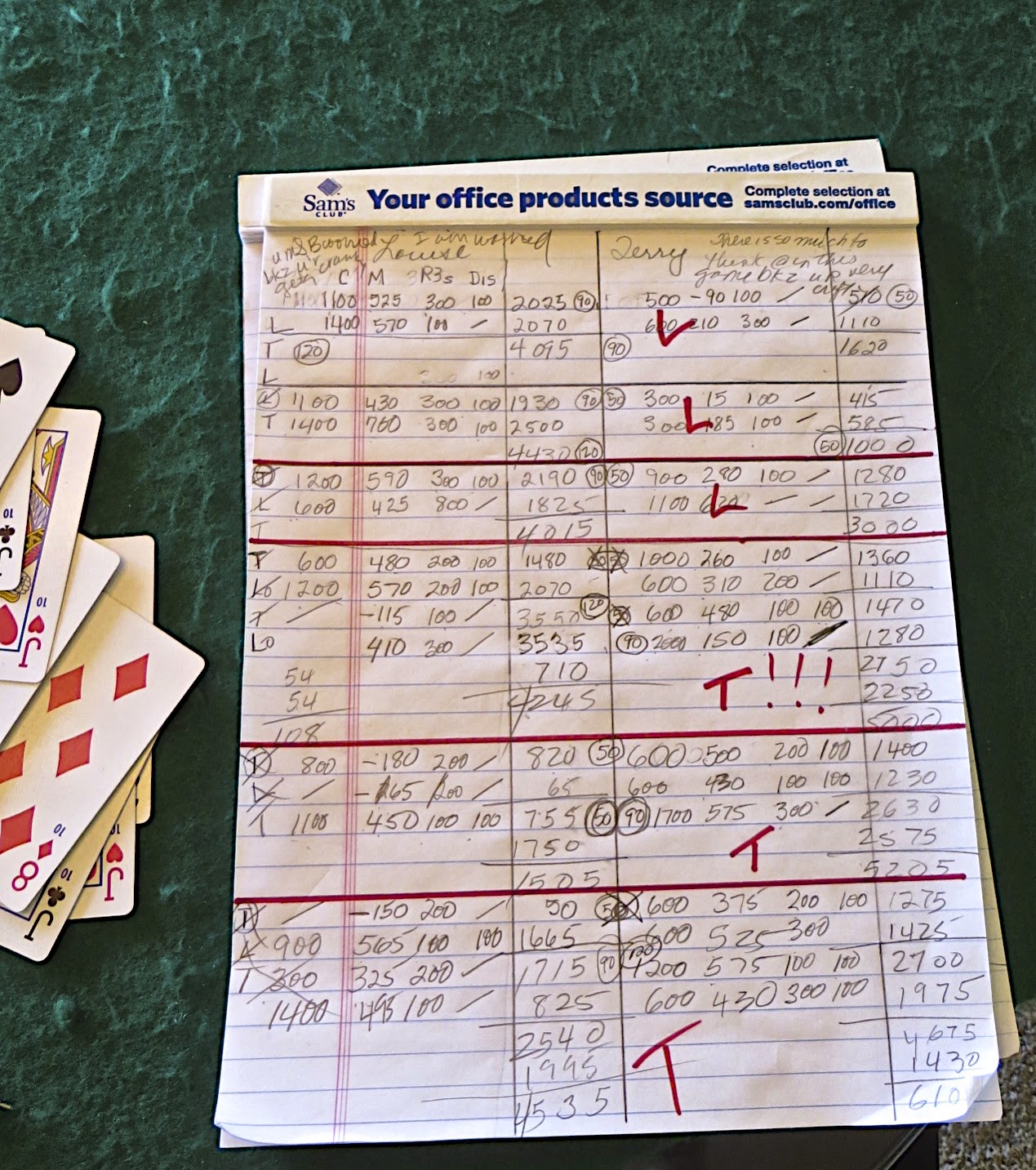 I'm going to make sure
these cards are well-shuffled! 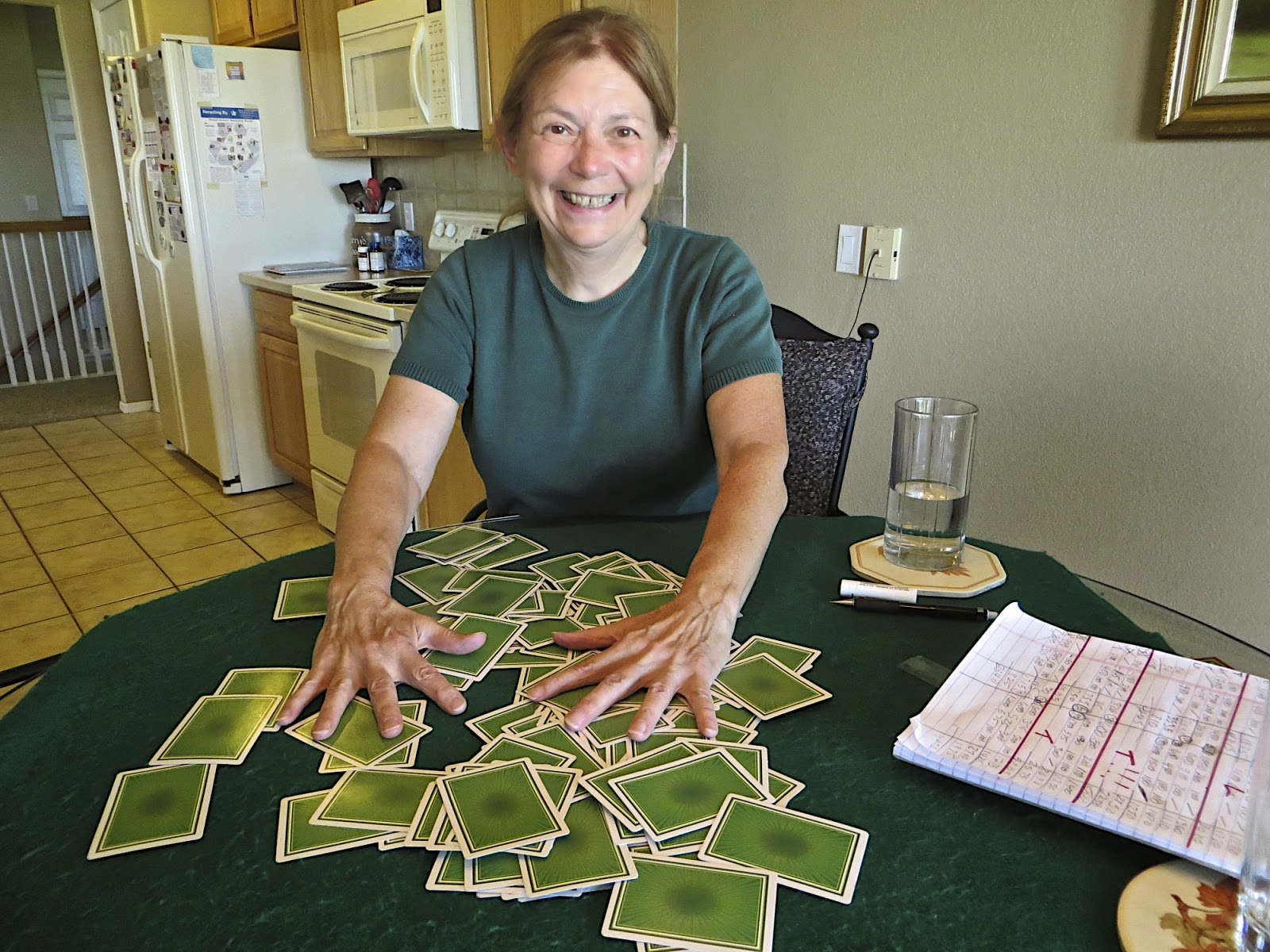 Because I'm going to win the next game! 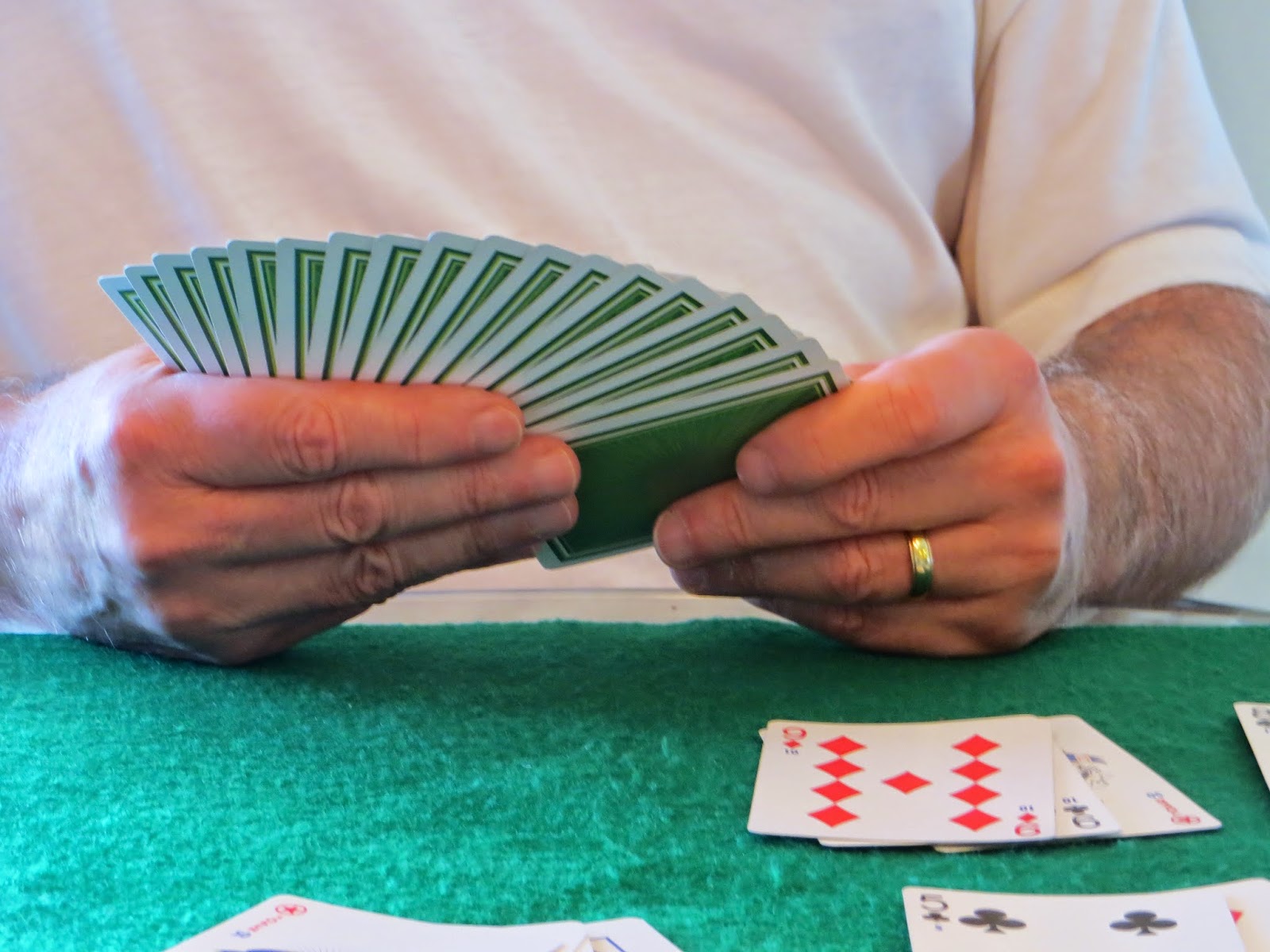