I'm always on the hunt for rainbows.
You never know where they might pop up.
I came dashing down the stairs yesterday,
and there were rainbows all over the wall. 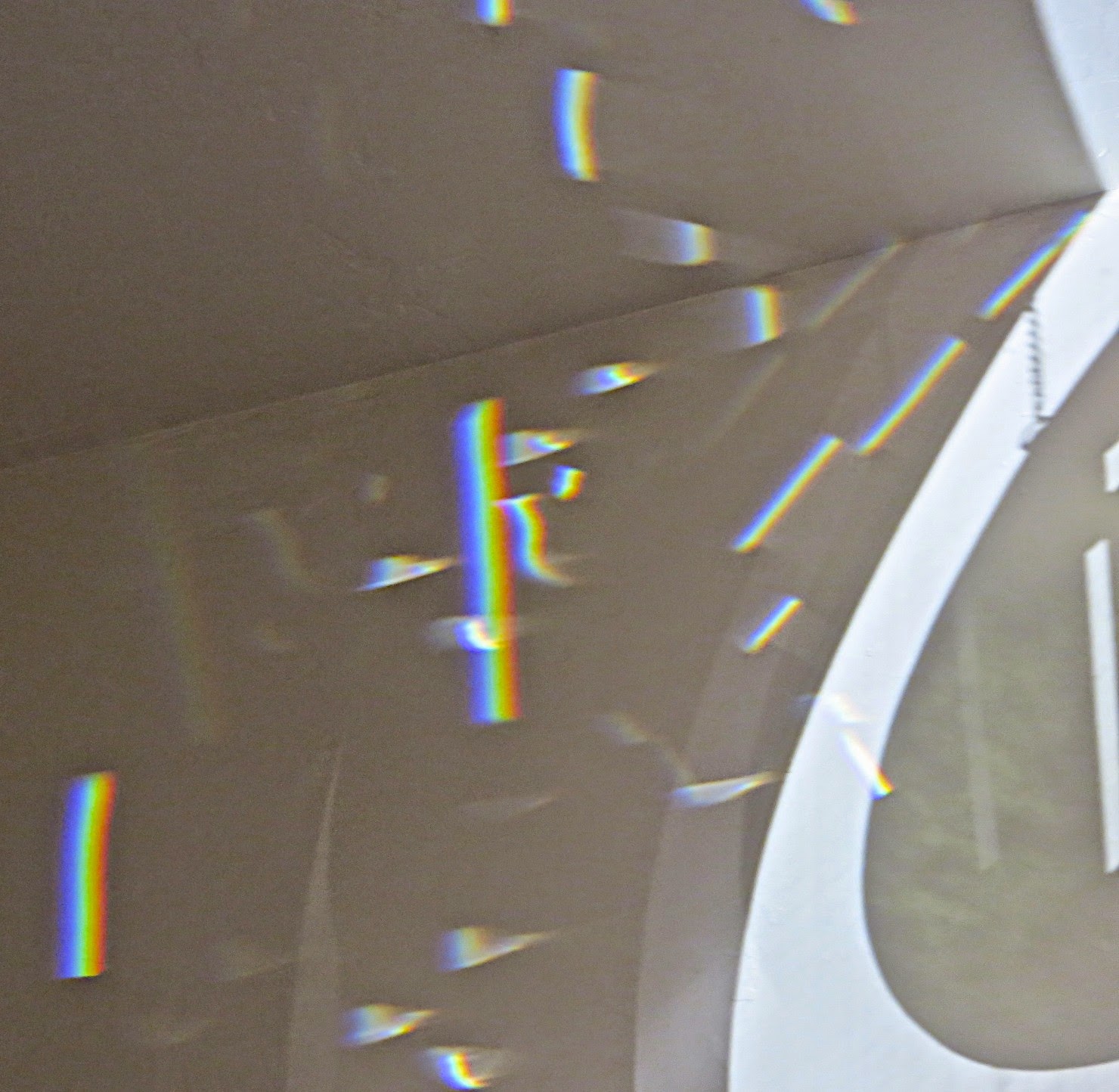 But sunshiny, rainy today,
we were treated to the real deal. 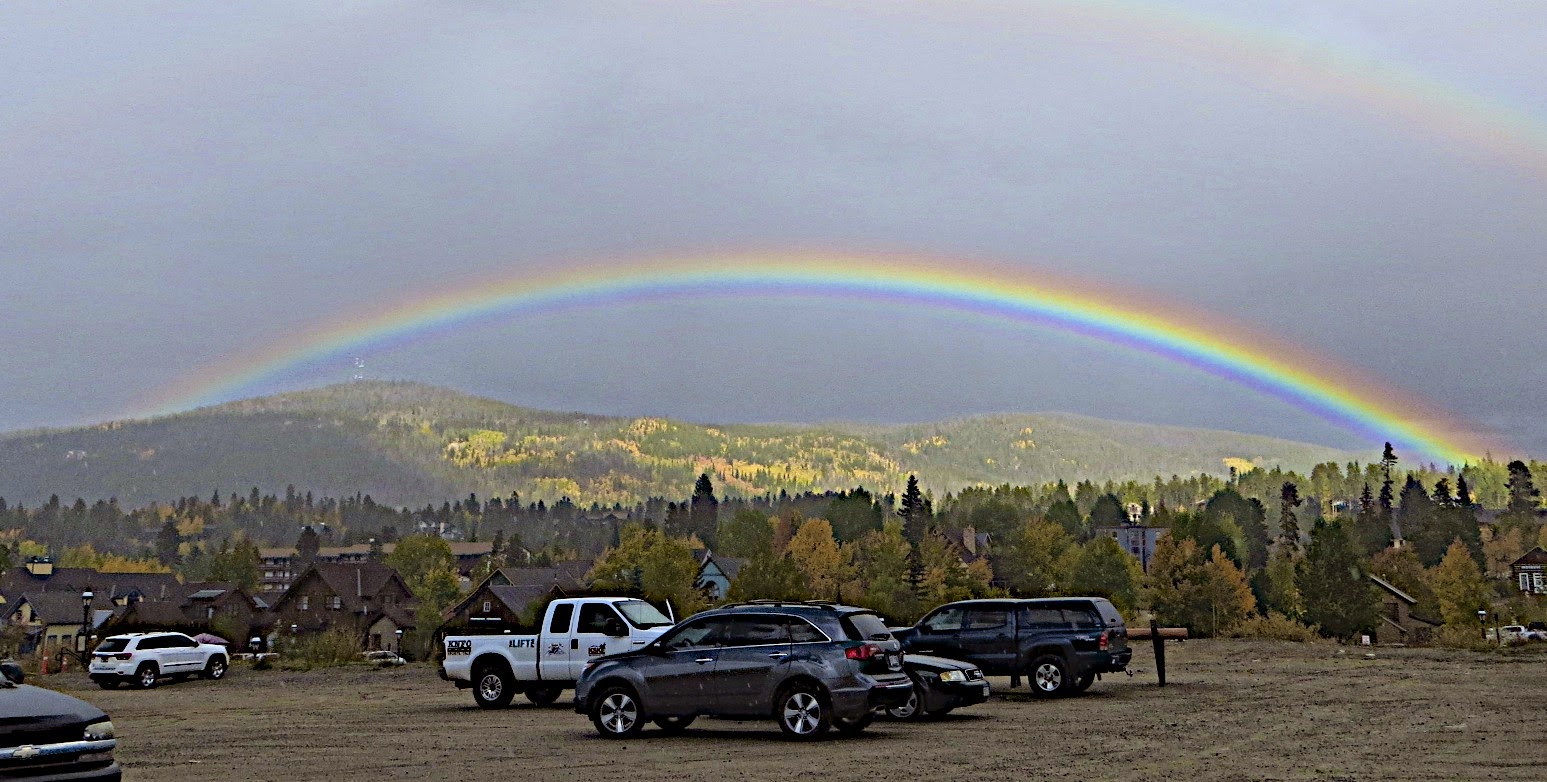 "Pull off!  Pull off!"
I shouted to the Ever-Patient Terry
as he drove through Breckenridge traffic.
He complied, even though he had been
slowing and stopping repeatedly
as I hunted for fall leaves.

This magnificent rainbow appeared out of nowhere. 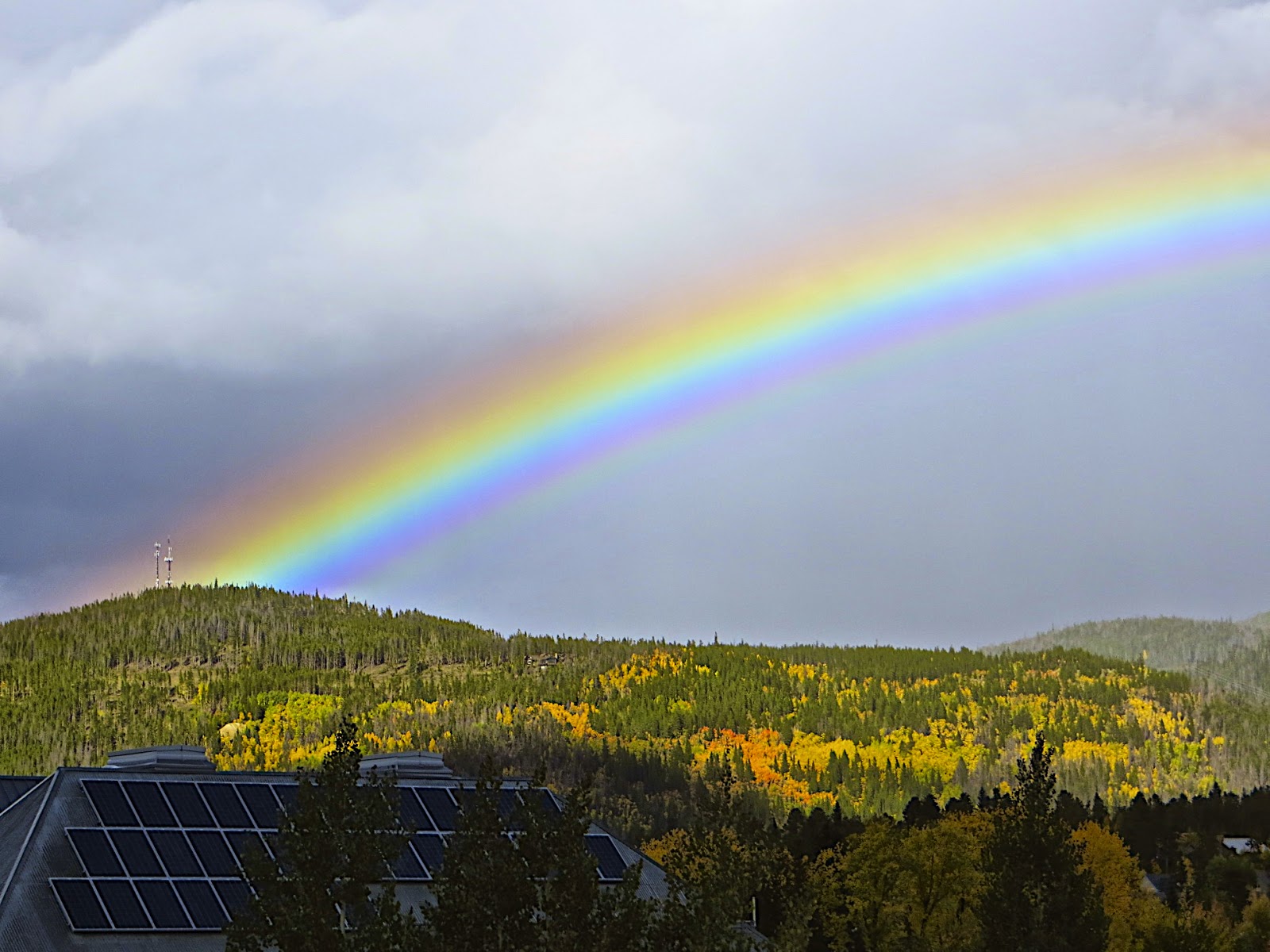 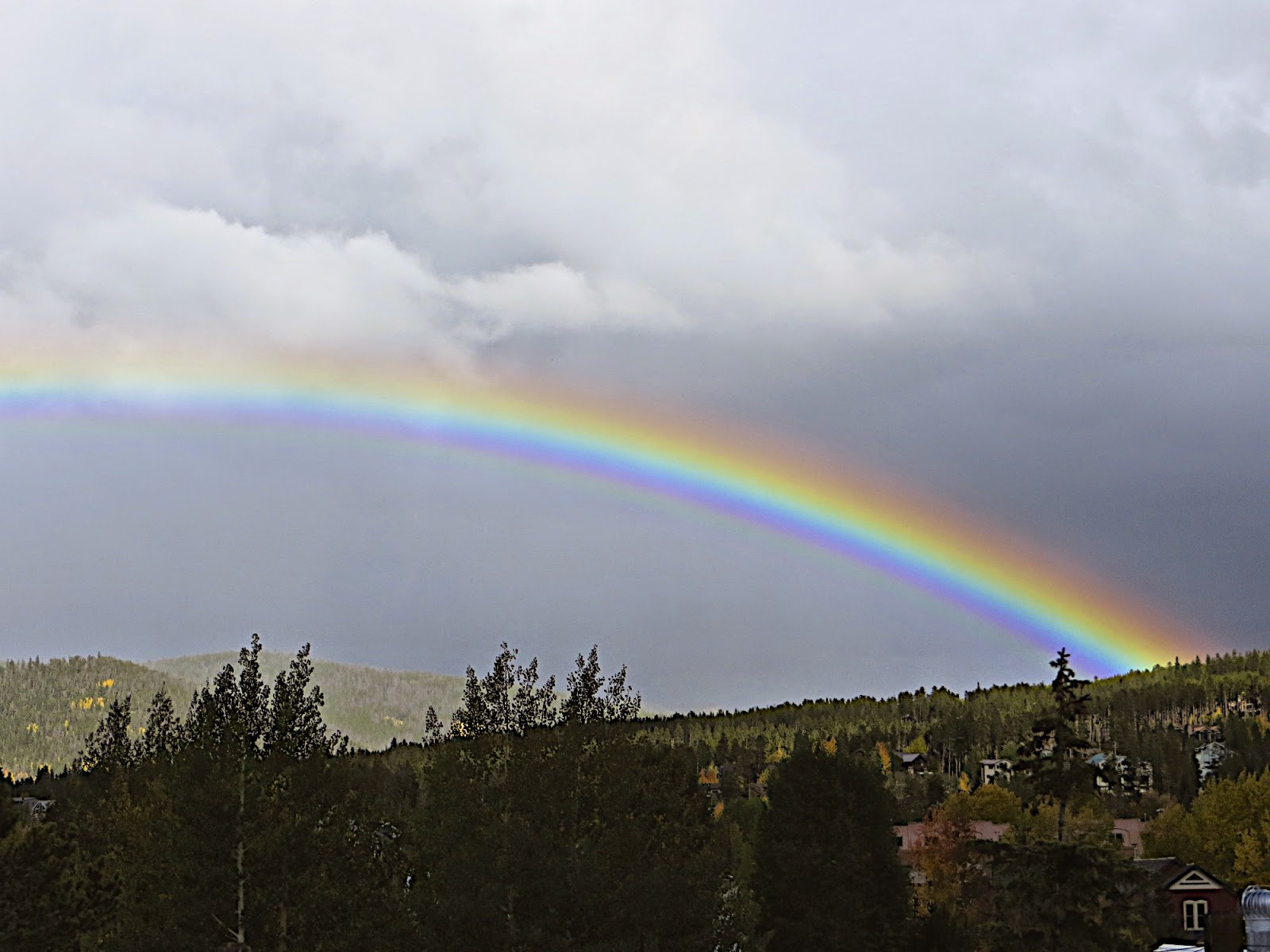 People were bailing from their cars
to catch the rainbow with their cameras and phones. 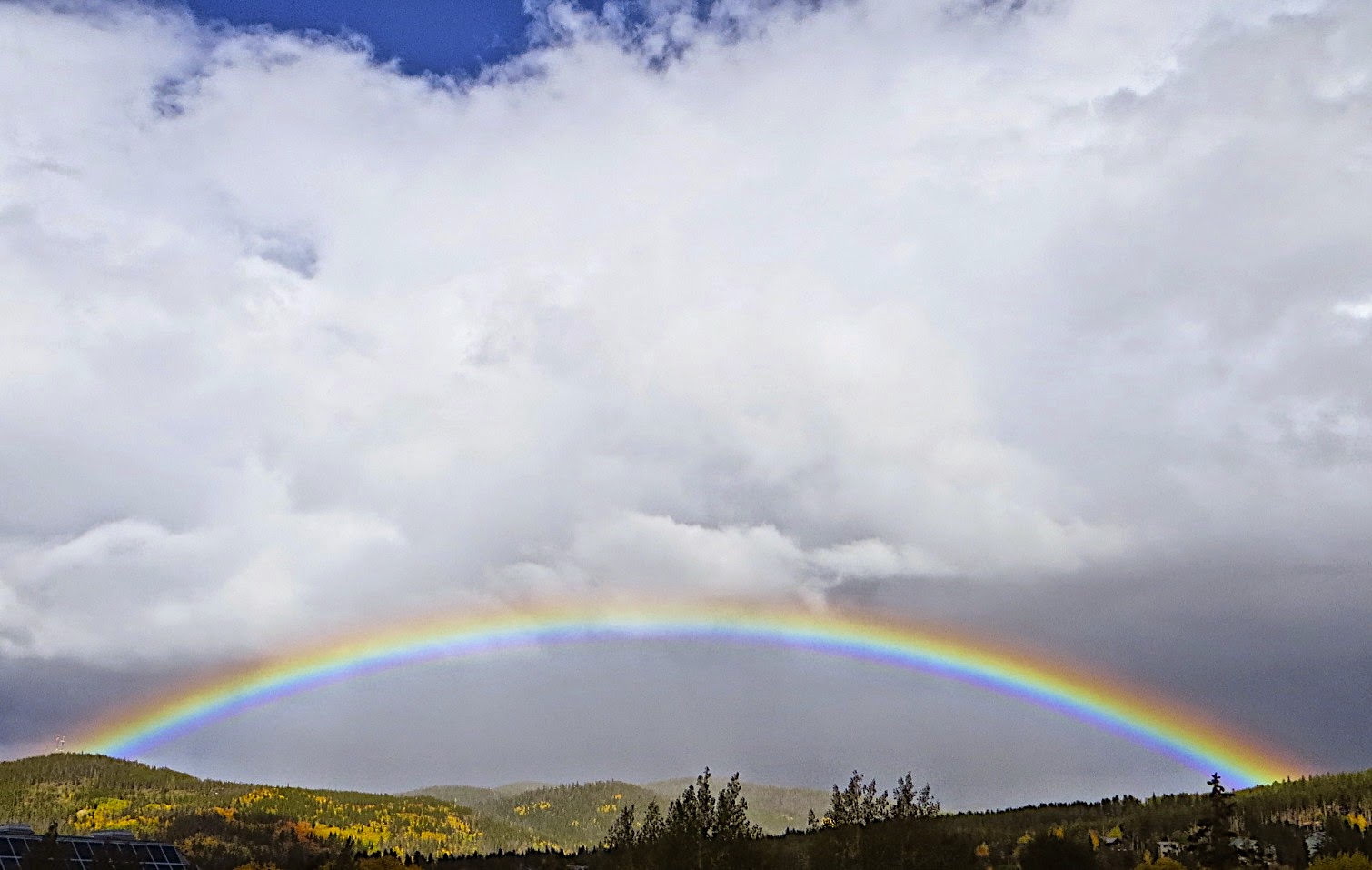 I had to tinker with the pictures a little
to capture the rainbow as it was in the sky.
The colors were so vivid they hurt to look at.

The rainbow vanished in no time at all.
When one appears, you just have to stop
and take in the unexpected and ephemeral beauty. 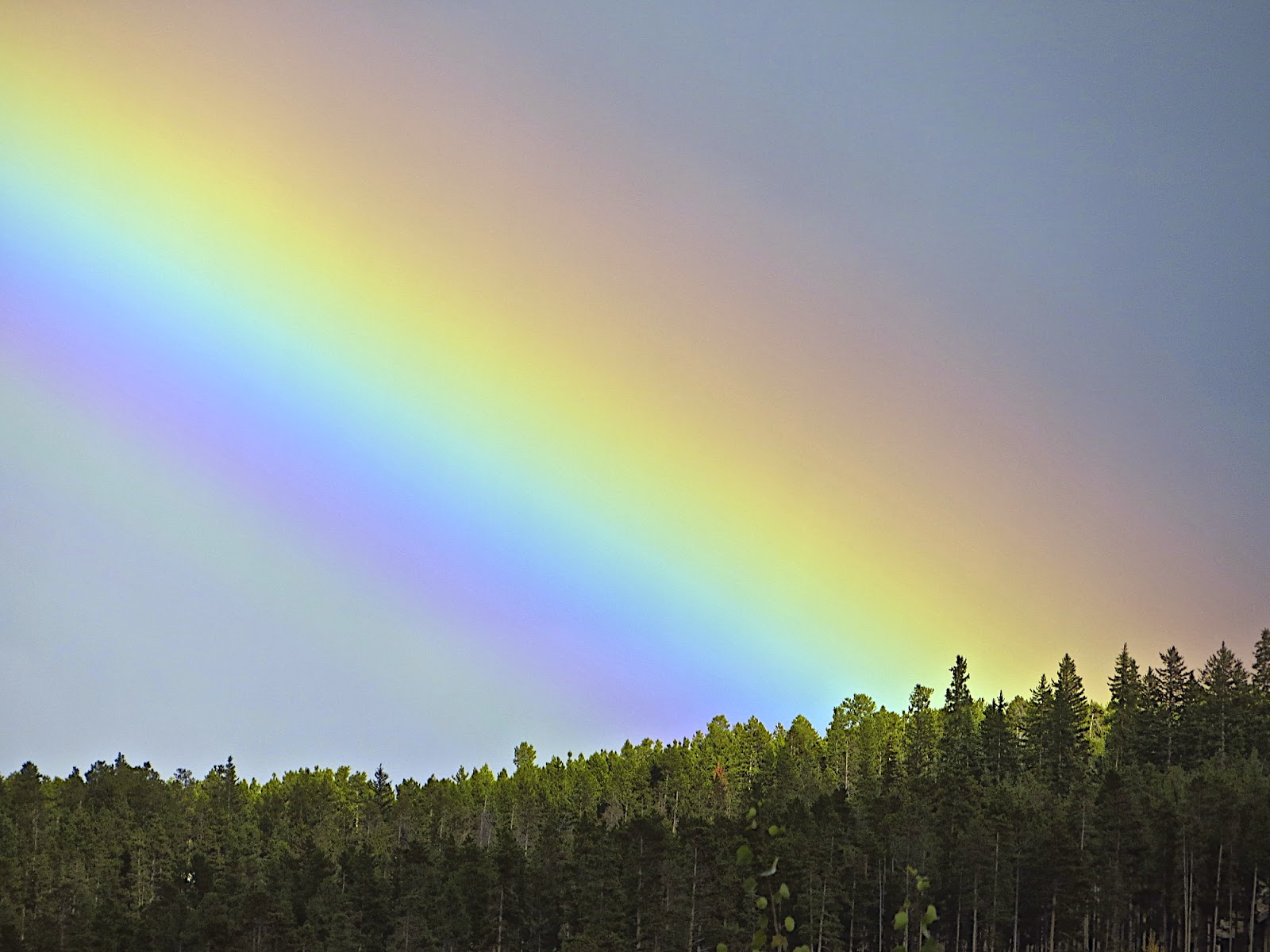