The Lansdowne Letters: Touchdown in the Remote Wilderness


When Lansdowne House appeared on the northern horizon, late in the afternoon
of Monday, February 20, 1961, my family and I were flooded with emotions:
joy, relief, curiosity, and excitement. 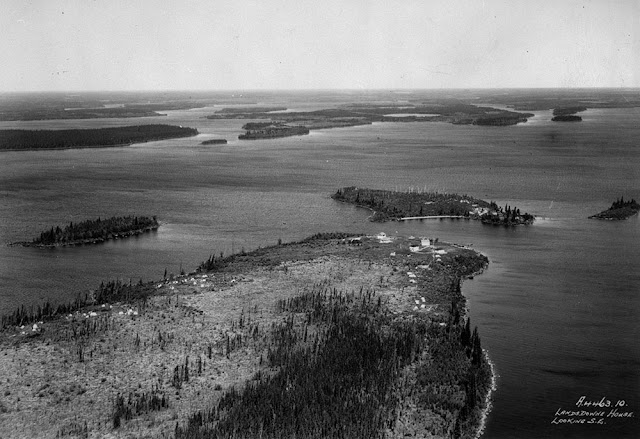 
But I was also shocked by the immensity of the wilderness
surrounding the frozen village.  We had been flying
from the small northern town of Nakina for well over an hour,
and we had seen no trace of people.
The Father’s Island and the tip of the long peninsula
reaching out into ice-bound Lake Attawapiskat were stunningly remote.

Remote is how Lansdowne House is described in almost every reference
I have found.  But remote doesn’t begin to convey how isolated the tiny village is.

It exists in a vast tract of Canadian wilderness,
stretching over 3,100 miles (almost 5,000 kilometers)
from the wild coasts of Labrador to the border of Alaska.
It spills outside the confines of Canada, east to Greenland,
north to the pole, and west to the Bering Sea:
a desolate expanse of tundra, forest, muskeg, and water.

Landsdowne House is located where the subarctic boreal forest
straggles into the empty wastes of the Hudson Bay Lowlands.
Even today, this land of stunted spruce and tamarack, bogs, rivers, and lakes
is one of the least-populated and least-explored areas in the world.
Even before fur traders and missionaries pushed into the area,
the land was largely uninhabited by Aboriginals
because of the harsh environment and the scarcity of food.

As the tiny plane banked and came in for a landing,
we were relived that the cold, noisy flight was over
and overjoyed at being reunited with our father after six long months.
We were curious about our new home and community,
and we were excited about meeting the mysterious Ojibway people.
Roy and I were thrilled about landing in a Norseman on skis.

I clutched Gretchen with one hand and braced with the other,
as the plane slowed and glided, the ice rushing toward us.
The landing gear, consisting of two main skis and a taildragger third,
felt small and fragile, collapsible, unequal to the task.
With a sudden bump, bump, bump,
we bounced along the ice and coasted to a stop near the DOT dock. 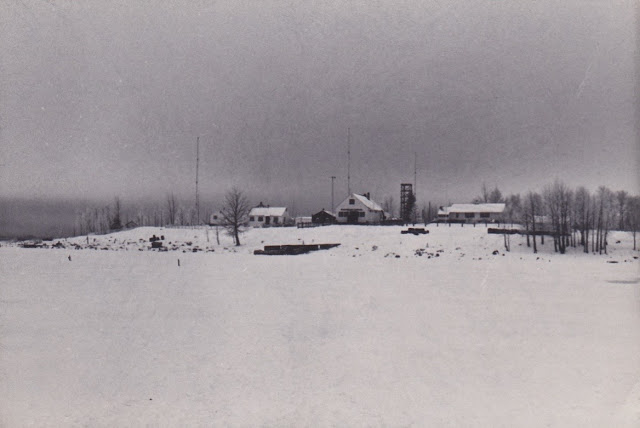 Lansdowne House
The Department of Transport dock was just beyond the middle left of the photograph.
Photo by Donald MacBeath
© M. Louise (MacBeath) Barbour/Fundy Blue
All Rights Reserved


My father wrote of our arrival on Friday, February 24, 1961:
“Sara and the family, including Gretchen, came winging over the southern horizon
about 4:45 Monday afternoon, just as I had given them up for the day.
The train was over two hours late at Nakina.
It was good that they got in Monday,
because the weather deteriorated right after they got in,
and there hasn’t been a plane in since. ... 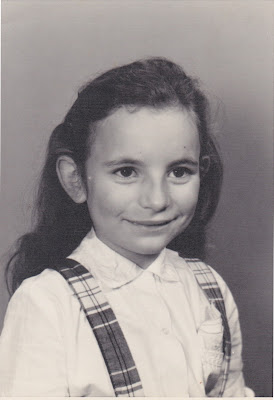 The children and Sara survived the trip
without too many ill effects.
Actually the only casualty was Donnie.
She threw up, just as they touched down
on the ice at Lansdowne House.
I think that it was excitement
more than anything else."

I climbed stiffly out of the Norseman unto the ice and into my father's bearhug.
Then I walked into a parting wall of black eyes staring out of fur-lined parkas.
Contrary to what we expected, the Indians were curious and happy to see us,
the first white children many of them had ever seen.
They crowded around us smiling shyly as we trudged across the ice to the dock.

The men stepped forward, some in olive green Hudson Bay parkas,
others in black leather jackets, all in blue jeans and boots,
while the women stood quietly in the background, children by their sides,
babies laced in tikanogans on their backs.
The women looked very strange in their long colorful skirts, parkas, and mukluks,
knee-high moccasins made of moosehide and decorated with bright felt and tiny beads. 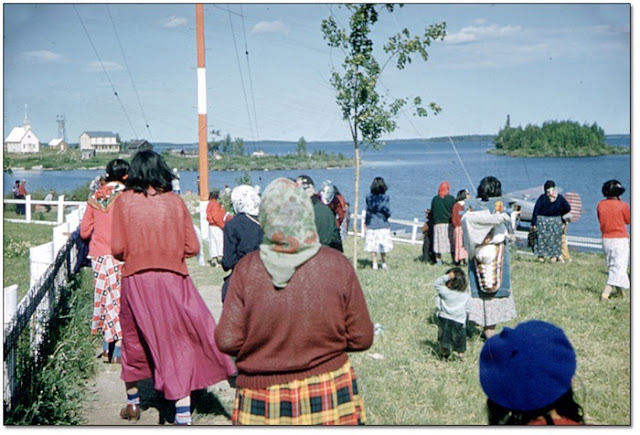 They were as taken with us as we were with them.
Certainly Barbie's blonde hair, Donnie's long curls,
and Gretchen bounding beside me on stubby legs were novel sights. 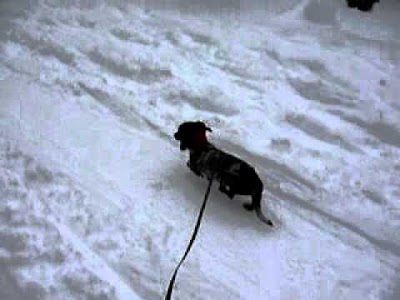 Dachshund in Snow
You tube ~ adventurejess


I was overcome with shyness at all the attention
as I floundered up the hill in the squeaky, sparkling snow,
and I escaped into the warm haven of the McRae home with gratitude.

Suddenly very tired, I was overwhelmed by the unbroken bush surrounding us
and by the alien sights of the tiny, ice-locked, Ojibway village in Lake Attawapiskat.

The evening passed in a warm blurr of McRae hospitality,
but the one thing I’ll never forget about our arrival in Lansdowne House
is the kind welcome of the Ojibway people when they met our plane. 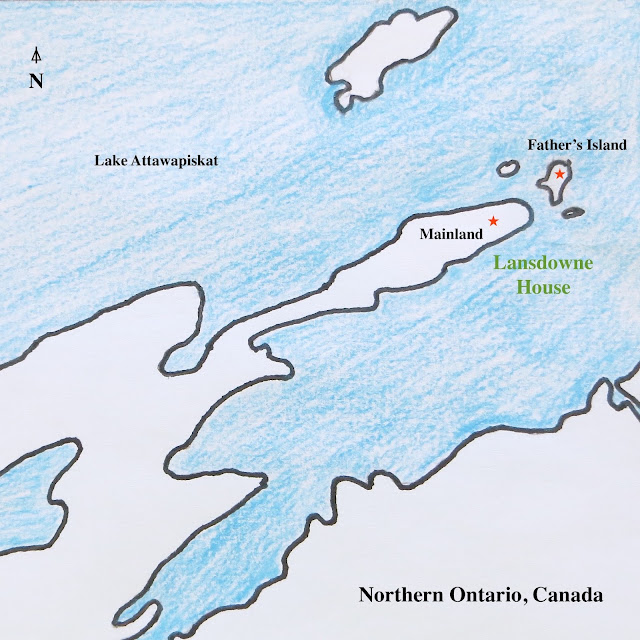