The Lansdowne Letters: Waiting for the Ice to Go Out


As April 1961 wound down, everyone was on edge anticipating the arrival of break-up,
that anxious interval when Lansdowne House would be cut-off from the Outside.
The only communication possible would be via short wave radio or telegraph.

Break-up was the spring period when bush planes
couldn't fly into isolated northern communities.
In order to fly, a bush plane had to be able to land on ice or water.
As spring advanced in the North, the ice weakened
and could no longer support the weight of a plane landing on skis.
However, thinning ice still covered the lakes,
so bush planes could not land on pontoons either. 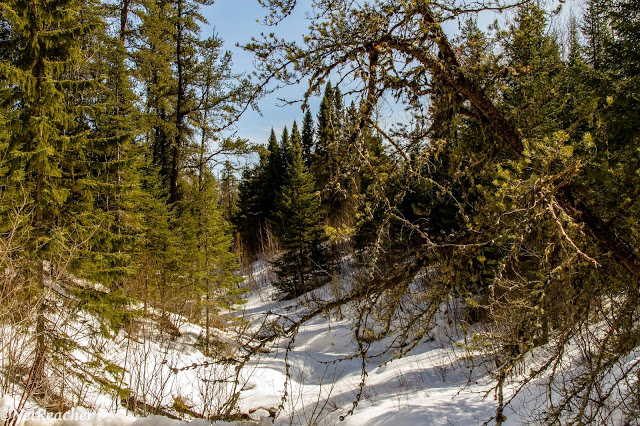 
Planes servicing Lansdowne House and other remote villages
often flew out of Nakina or Armstrong, towns further south.
Break-up started when bush planes could no longer
take off on the ice in Nakina or Armstrong,
even if the northern communities had good ice.
Break-up ended in each northern village when planes could land
on a stretch of open water in the individual communities.
No one could predict exactly when break-up would begin or end.

Everyone thought break-up had started on April 25th
when a plane made it into Lansdowne House out of Nakina
with the news that the ice was getting pretty bad down south.
We all hunkered down for the duration.


But Friday, April 28th brought a surprise,
as my father wrote in a quick note dashed off to his mother:

Dear Mother:
An unexpected plane just landed with this week's mail.
I imagine this is almost a record for a plane on the ice.
Surely this will be the last plane!
I guess with a plane this late in the season,
the break-up won't be too long,
not over three weeks at the very outside.

Everyone up here is in good shape.
Sara is feeling well, and the children are happy as larks.
They seem to love going to school to their old man.

Sara knows now what it is like to have twins.
She has been taking care of Duncan Junior all day,
while Dunc and Maureen are painting their living room and hall.
She is just about frantic.
She will be very glad when six o'clock comes,
and Duncan comes to pick him up. 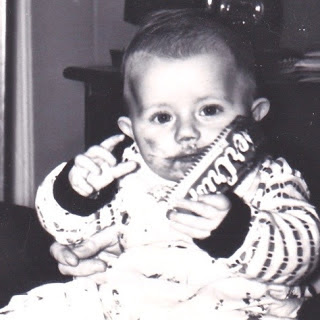 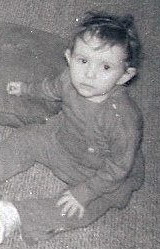 Barbie is sick with a tummy ache, but it isn't too serious.
I am rushing this, so I will be able to get it out on the plane.
Hope you can make it out.

I am glad the plane came in with the mail,
for now I'll be able to figure out what you mean
when you wired that the house is selling well.

Well, I must sign off now and get this down to the plane.
I won't wire you, because this is the last last plane before break-up.
Bye now,
Love, Don
Happy Mother's Day 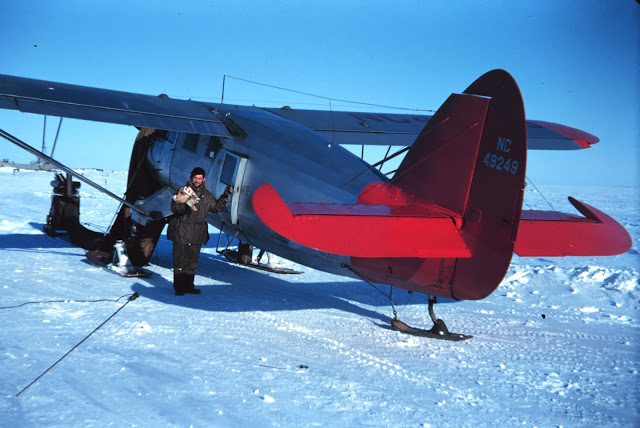 That was the last last plane before break-up 1961.
While the novelty of break-up fascinated Roy and me
and we fancied ourselves the Robinson Crusoes of the North,
our parents worried about having enough food and supplies
or unexpected medical and dental emergencies.

My parents weren't the only ones who worried.
Mike O'Flaherty, the nurse at the nursing station,
carried the weight of the medical and dental health
of the Ojibwa and white people on his shoulders,
especially during break-up and freeze-up.

While he could radio a doctor for an emergency consultation,
Mike had to handle whatever happened on his own
with the supplies and equipment in the nursing station.

The North awakened as break-up arrived,
the skies loud with the honking of Canada geese
and the bush ringing with the songs of courting birds.

The snow retreated leaving a chorus of trickling, gurgling water in its wake.
Color blushed in the scrubby bushes, and a riot of red, black, gold, grey, and rust
emerged from the melting snow, the detritus of last summer's growth. 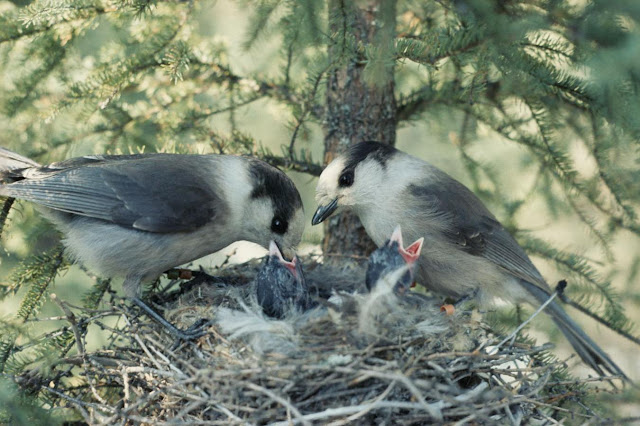 
The hard-packed snow of the paths in the village
lingered for several days after the general melt.
It stood up in network of low dykes,
and we all tottered about on balance beams of snow.
Then the slushing dykes succumbed
and sank into thick, black, pungent mud.

We school children awoke too, engineering the muddy school grounds
into fantastic canaled cities destined for razing by giants.

As the land quickened, so did the worries of Mike and the other adults.
Our Ojibwa classmates were no more immune to spring fever than we MacBeath kids.

It was the older boys who came up with the brilliant idea of barreling,
which had us shooting across the tops of oil drums rolling down a hill.
When Mike spied us out the nursing station window, he raced out and stopped us cold,
delivering his first of several lectures on medical emergencies during break-up.

We MacBeath children were naive about the dangers of the bush,
and the Ojibwa adults kept a watchful eye on us.
One mid-morning my mother opened the kitchen door after hearing a knock
to discover a wet and muddy Bertie riding on the shoulders of an Ojibwa neighbor.
He'd found her on a path in the bush singing and washing her dolly in a large puddle.
With the arrival of spring, Bertie had become skilled at slipping out the door.

On another warm day,
my brother Roy and I decided
to climb a tall wooden tower behind
the Hudson's Bay Company post.

We were having great fun running around on the flat top
and peering over the sides
until Mike came roaring out of the nursing station:
"Get down!  Get down right now!
What do you expect me to do if one of you falls and busts yourself up?
I haven't got enough morphine to stop your pain,
let alone a plane to fly you out if I can't handle your injuries."

Chastened, we scrambled down.
Not satisfied that we grasped the gravity of the situation,
Mike horrified us with a story or two about nurses
having to operate on patients on kitchen tables
while following directions from a radio doctor.
We slunk away.

Many Ojibwa were returning from the winter traplines.
It was a thrilling sight to see them skimming across the still frozen lake,
six or seven dogs straining to pull a loaded sled.
And what a load, for the Ojibwa lashed a canoe on top of their sleds
and squeezed inside it amid food, supplies, and pelts.

I remarked on this strange mode of travel to my father,
and he explained it simply:
If the sled went through the ice, the Ojibwa hauled the dogs on board
and paddled to the next supportive stretch of ice.
I wouldn't have wanted the job of dragging the dogs aboard! 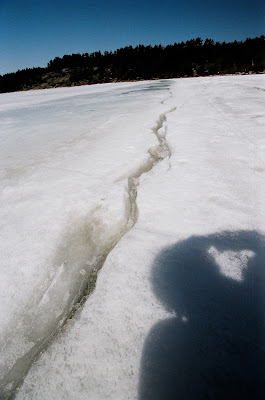 Waiting for the ice to go out
was proving to be an exciting time
for we kids experiencing break-up
in the North for the first time. 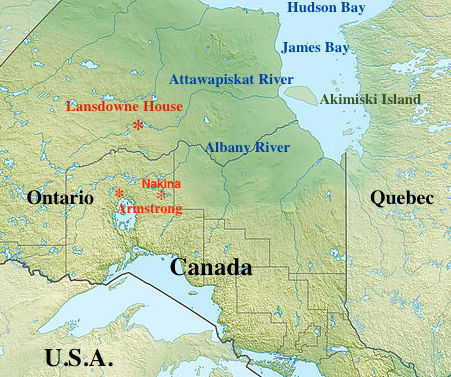 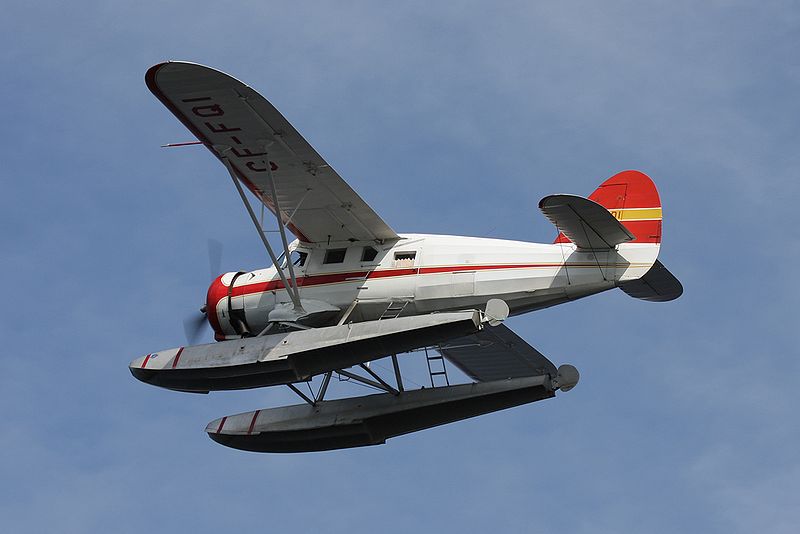