Do you like to fly?
I love to fly!

Our home is located in the flight path
for Buckley Air Force Base.
Many days when I'm walking,
I get to see its F-16s flying overhead.
I always have to stop and watch them streaking by.
I've learned to look well ahead of the thundering sounds
to spot these beautiful birds.

I'd fly on one in a heartbeat if I had the chance!
Would you? 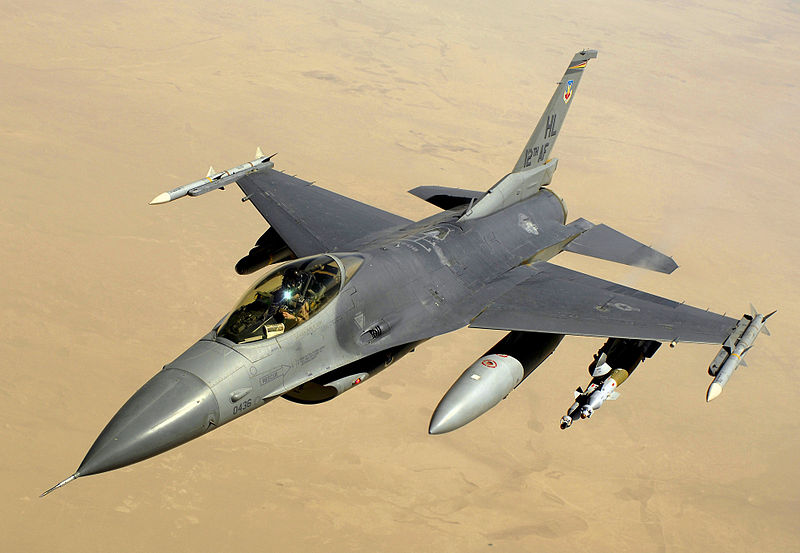 There are no better days than those when I wake up
and head to Denver International Airport (DIA)
to FLY ~
ANYWHERE! 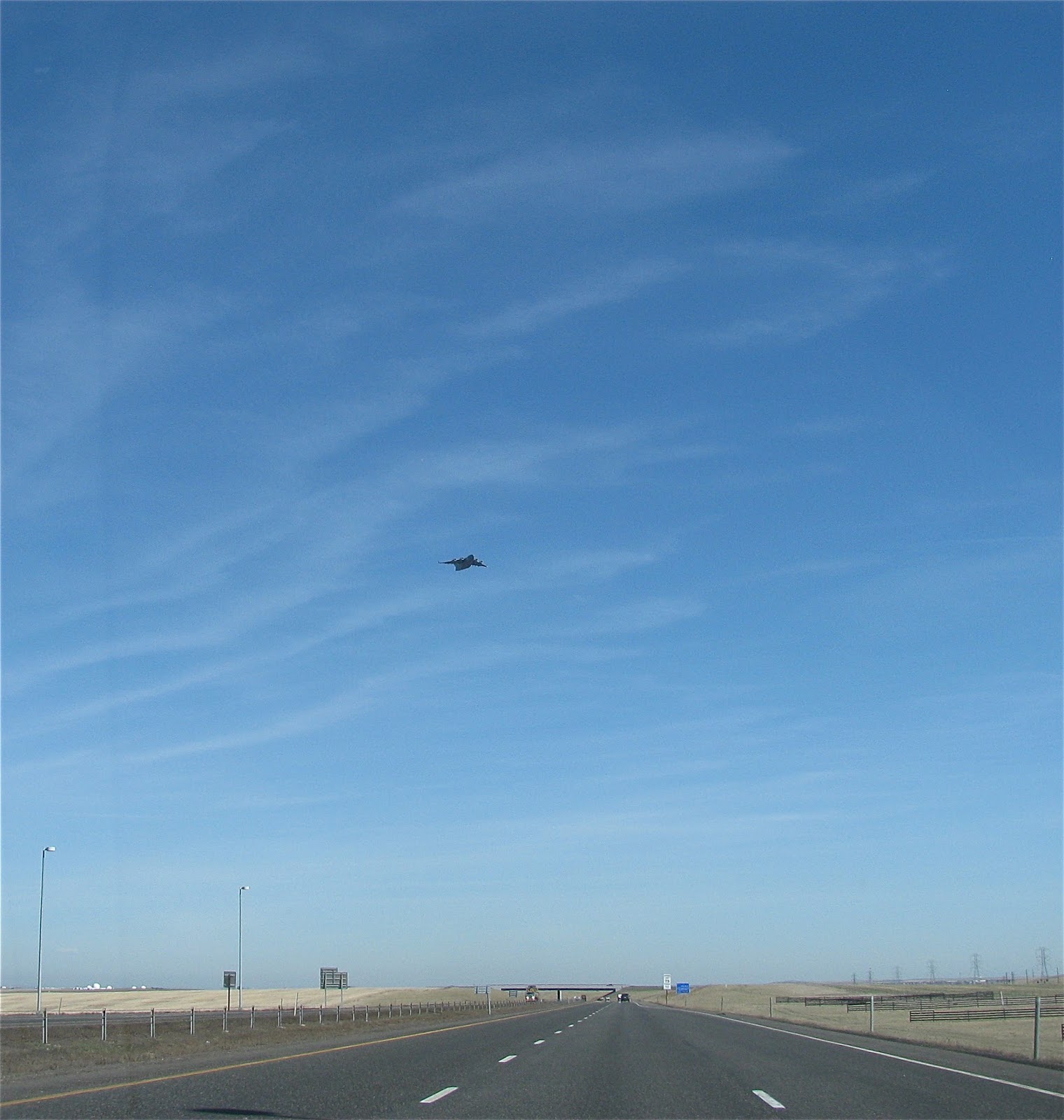 Presidential Supply Plane
Takes Off from Buckley Air Force Base,
Aurora, Colorado
After Presidential Visit, April 2013
(Photographed from Moving Car on E-470 on the Way to DIA)


I always get a thrill
when I see DIA's iconic outline
appear on the horizon. 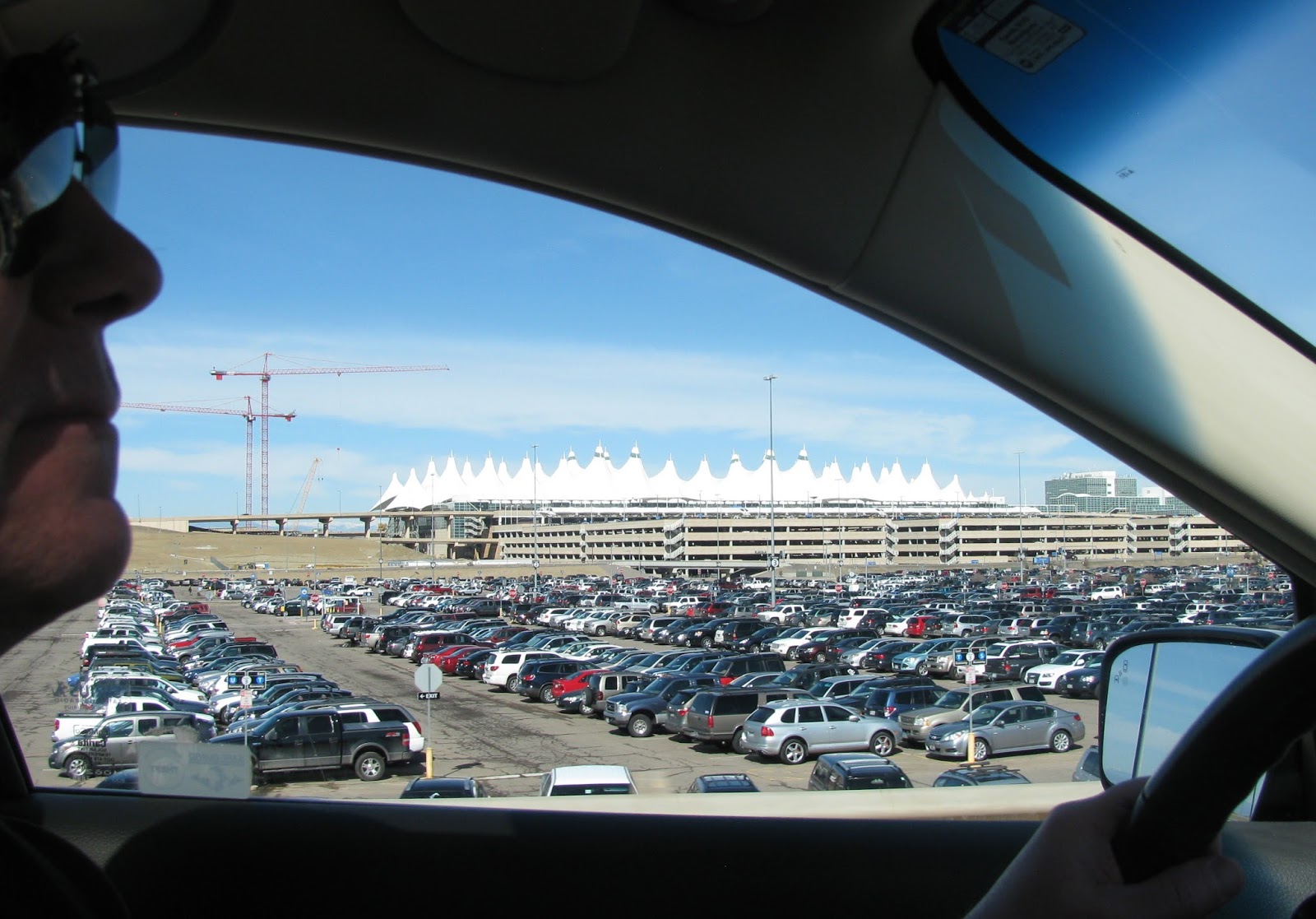 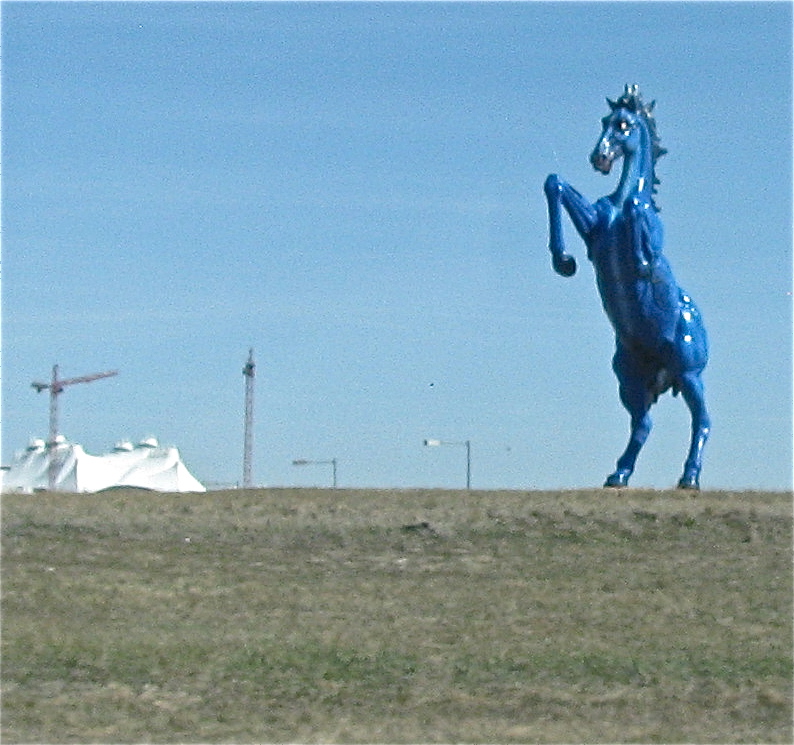 
Just get me through security and into the sky!
Just give me a window seat with a clear view.
I have great fun photographing everything. 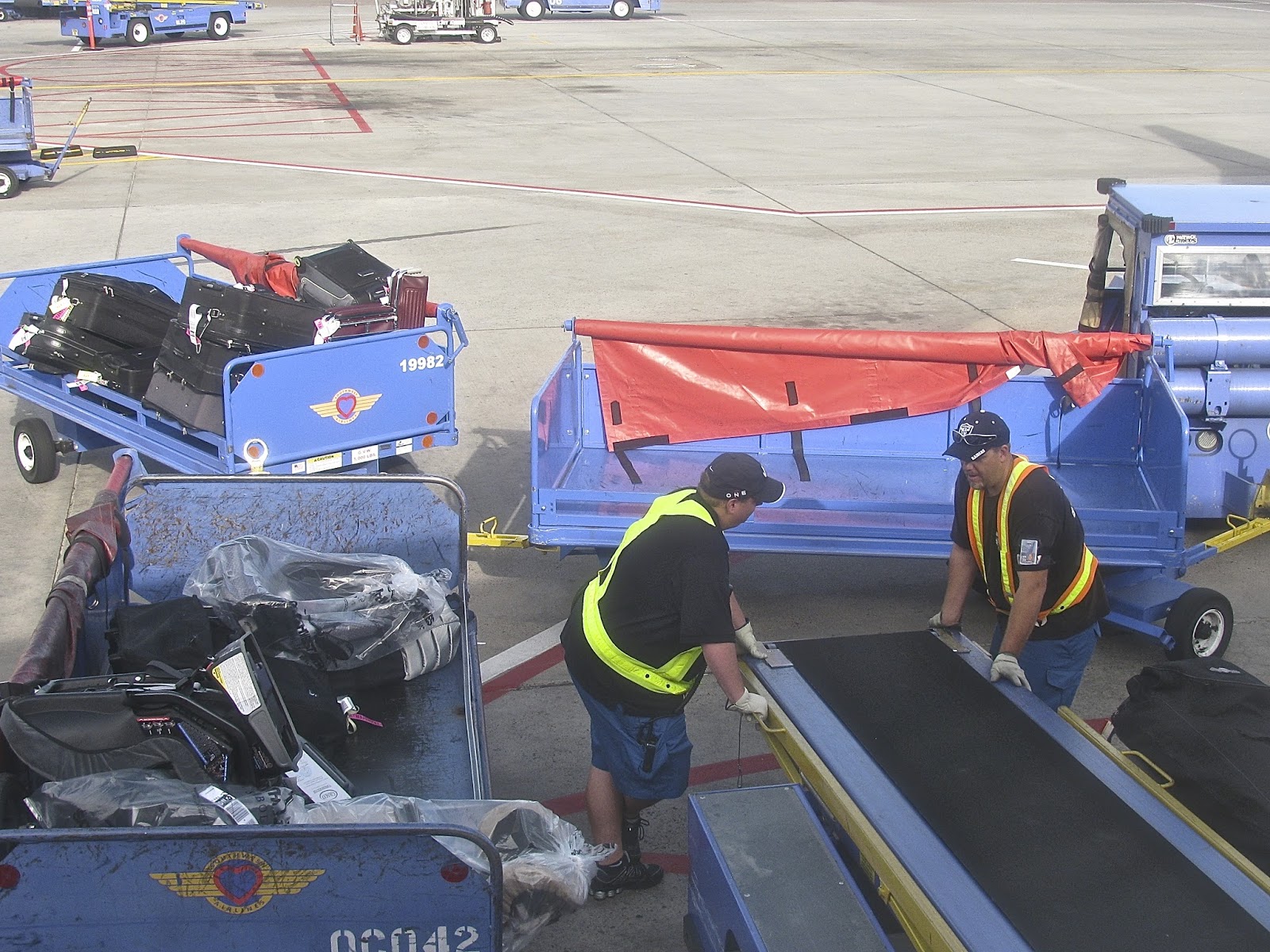 Do you love the feeling
of the jet engines powering up
and the faster and faster roll down the runway
to that magical moment of liftoff? 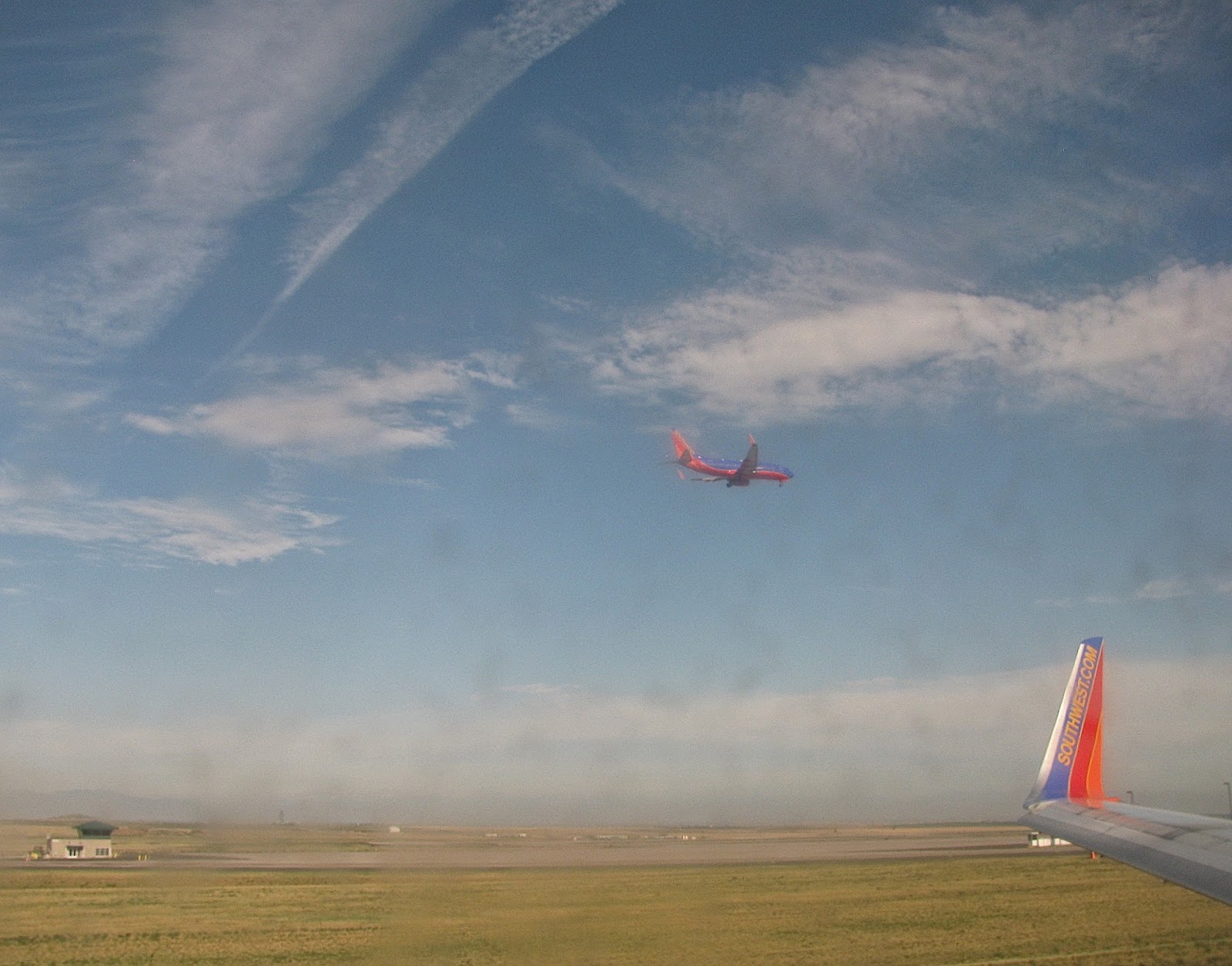 A Southwest Plane Comes in for a Landing,
As We Begin Our Roll Down the Runway
(Really SWA you could keep your windows cleaner for photographers like me!) 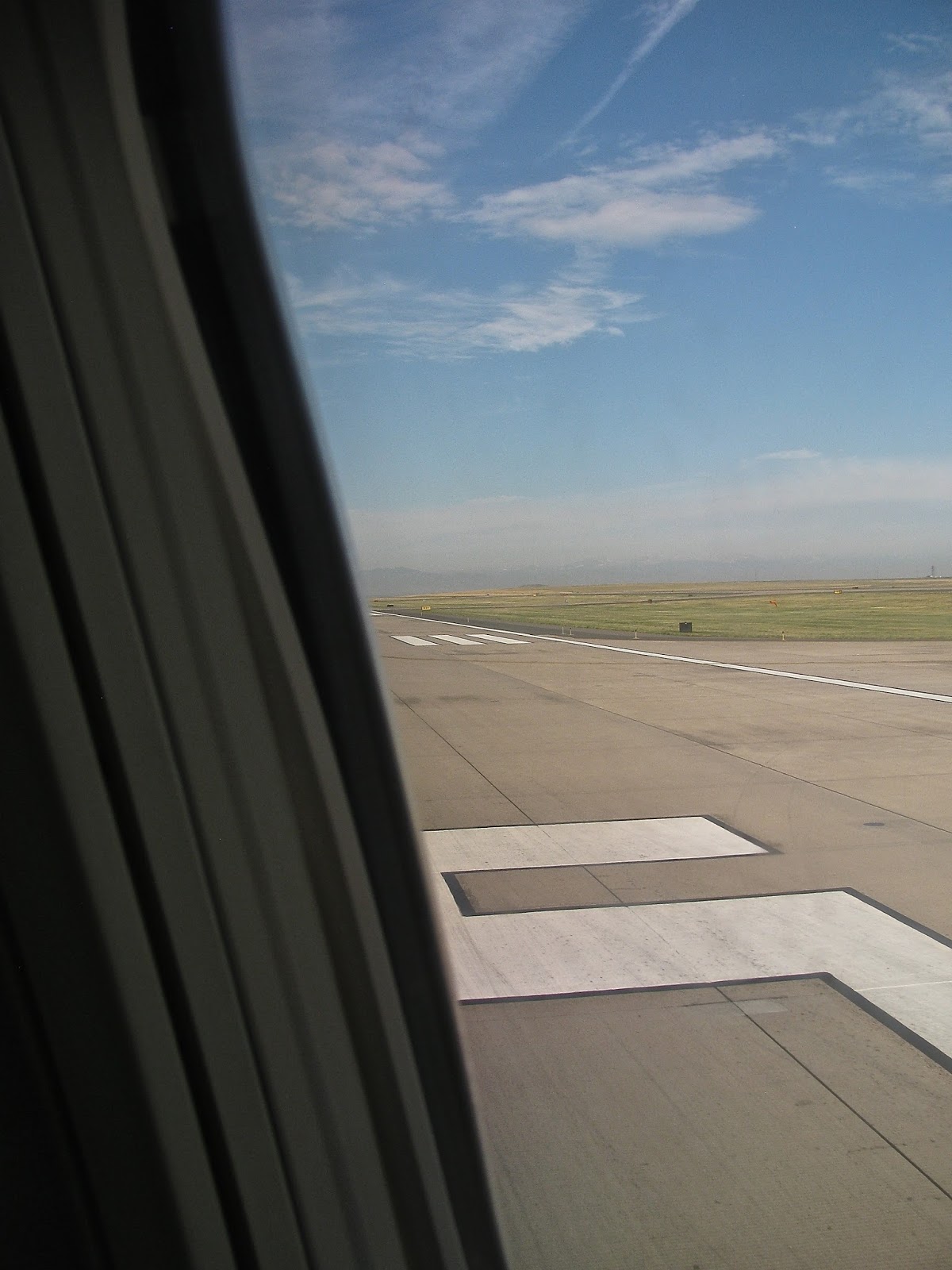 Rolling!
Rolling!
And we're up, up, and away! On this flight to Reno we headed west over the Rockies.
Very little rock and roll headed west,
but the turbulence heading east off the Rockies
to land at DIA can be exciting! 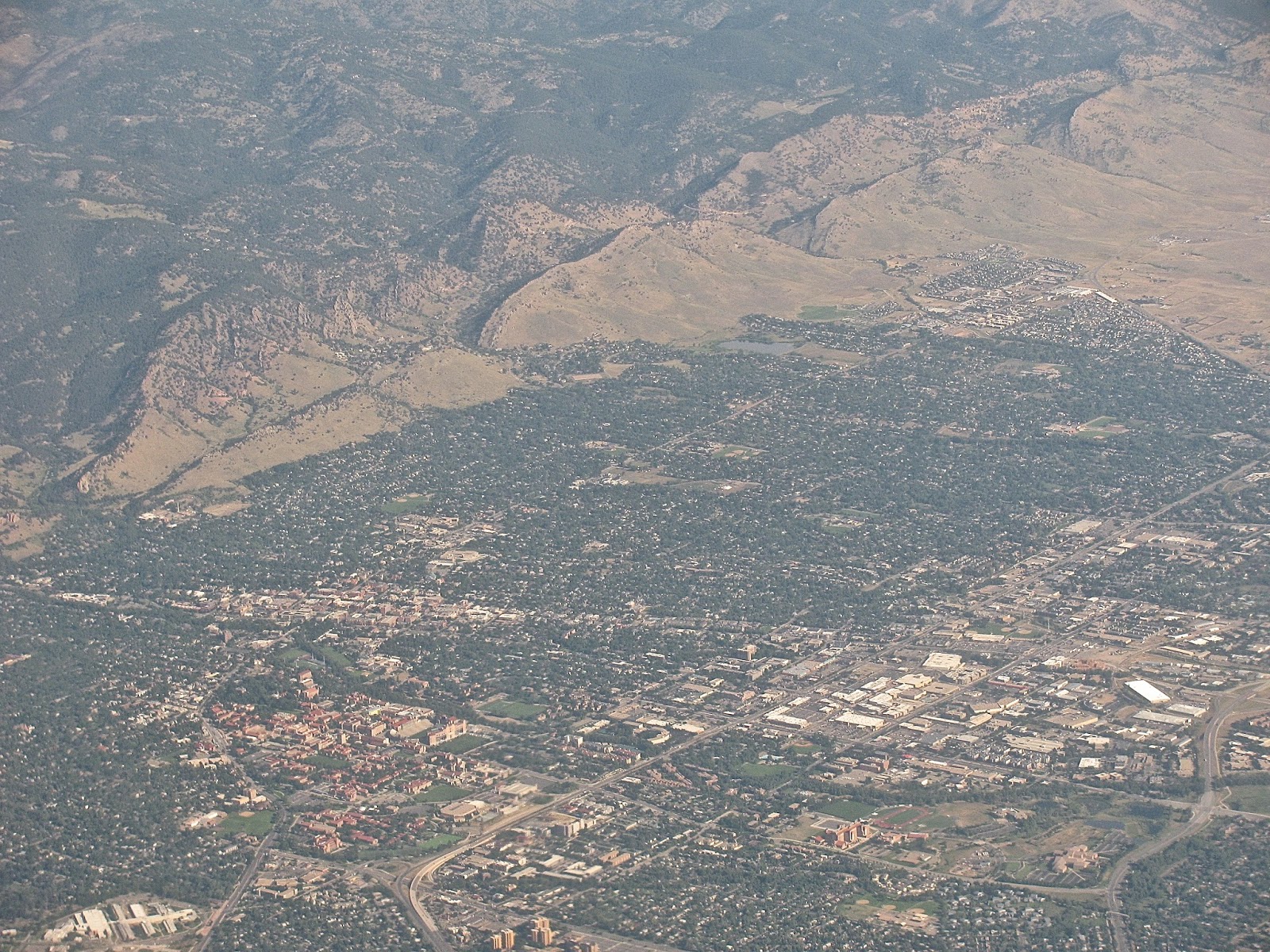 Boulder, Colorado, and Its Flatirons

Our flight path took us over Boulder,
and I snagged a shot of the Flatirons.
The tilted Flatirons take their name
from the flat, metal irons
that pioneers heated on their stoves to press their clothes.

These conglomerate sandstones of the Fountain Formation
are 290 to 296 million years old
and were forced into their present position
during the Laramide Orogeny 35 to 80 million years ago.
The materials in these rocks eroded from the Ancestral Rockies ~
the Rockies that were here before our present Rockies!
How cool is that????

The Fountain Formation is found in numerous places
along Colorado's Front Range
including at such well-known locations as
Garden of the Gods, Roxborough State Park,
and Red Rocks Amphitheatre.
Source:  http://en.wikipedia.org/wiki/Flatirons

Whenever I fly I snap loads of photographs from my window seat.
On our way to Hawaii last May I happened to catch
one of my most favorite shots from the window of a plane. 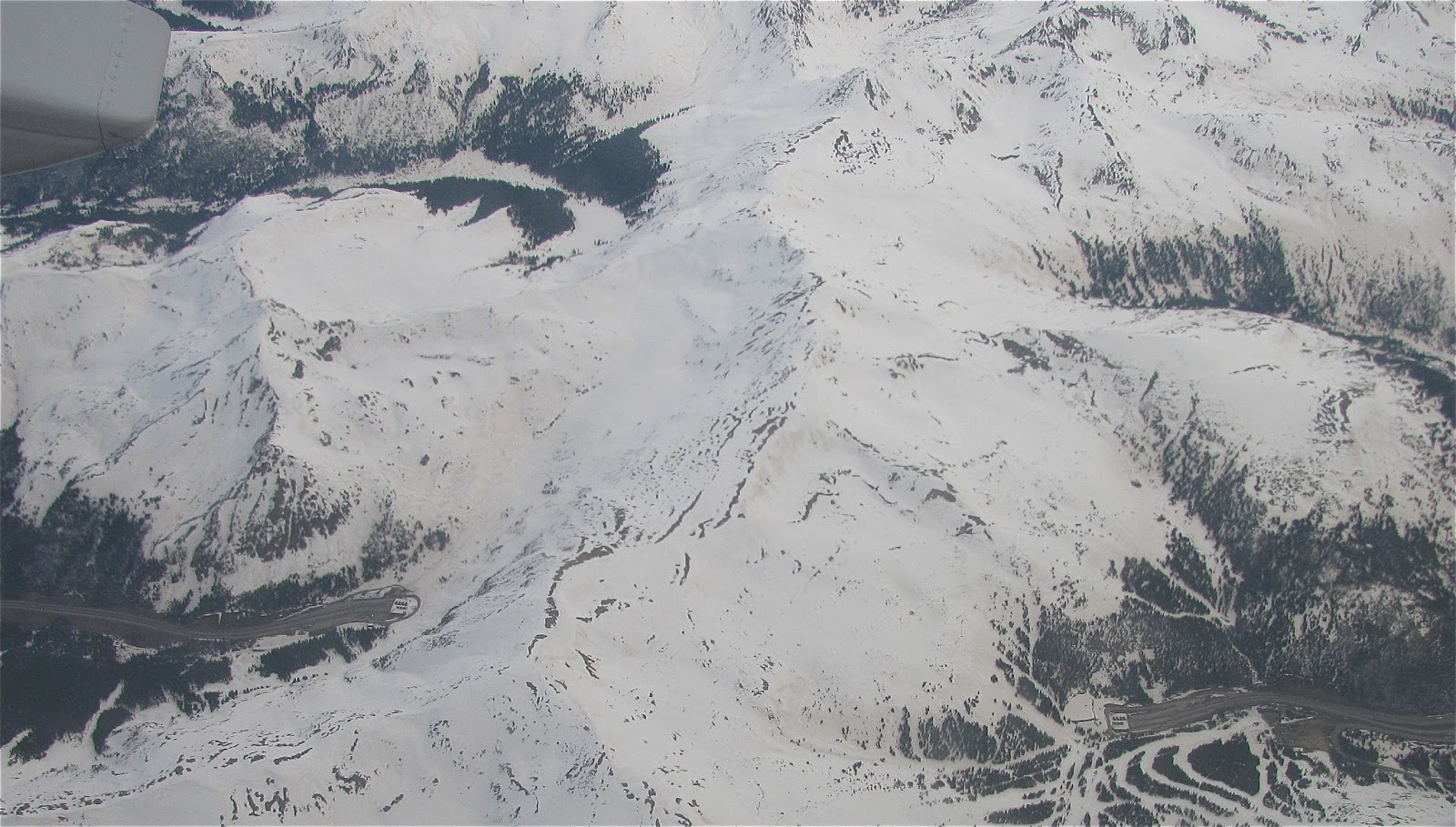 The Continental Divide and Something Else!

Huh?  You may be thinking ~
just like the Ever-Patient Terry.
That's exciting???

Well, if you look closely
from the lower left and the lower right,
you will see I-70 disappearing under the Continental Divide.
I caught both entrances
to the Eisenhower-Johnson Memorial Tunnel!
Try that at tens of thousands of feet and moving very fast!

I always marvel at this tunnel when I drive through it.
It is an amazing engineering feat.

The tunnel consists of two bores:
Interstate 70 West passes through the Eisenhower bore
which was the first one to open on March 8, 1973.
The westbound Eisenhower tunnel
is 1.7 miles or 2.7 kilometers long. 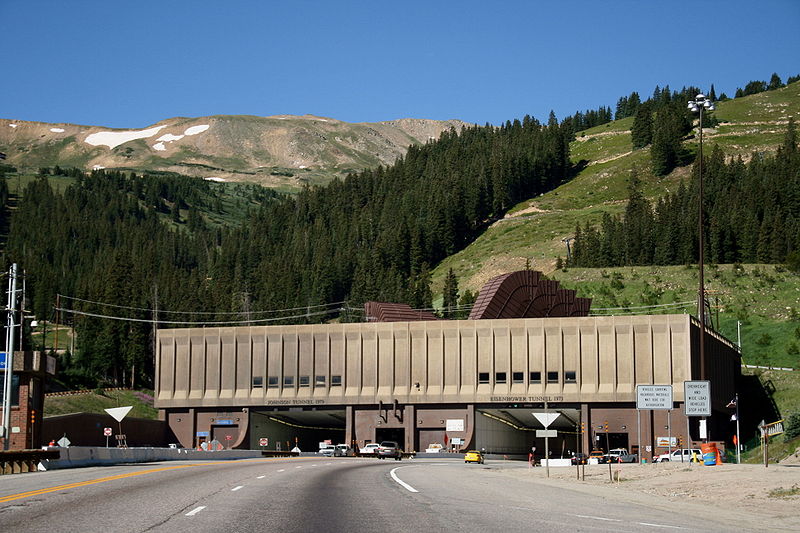 I-70 East passes through the Johnson bore
which opened in late December, 1979.
The eastbound Johnson tunnel is a few feet longer than the other. 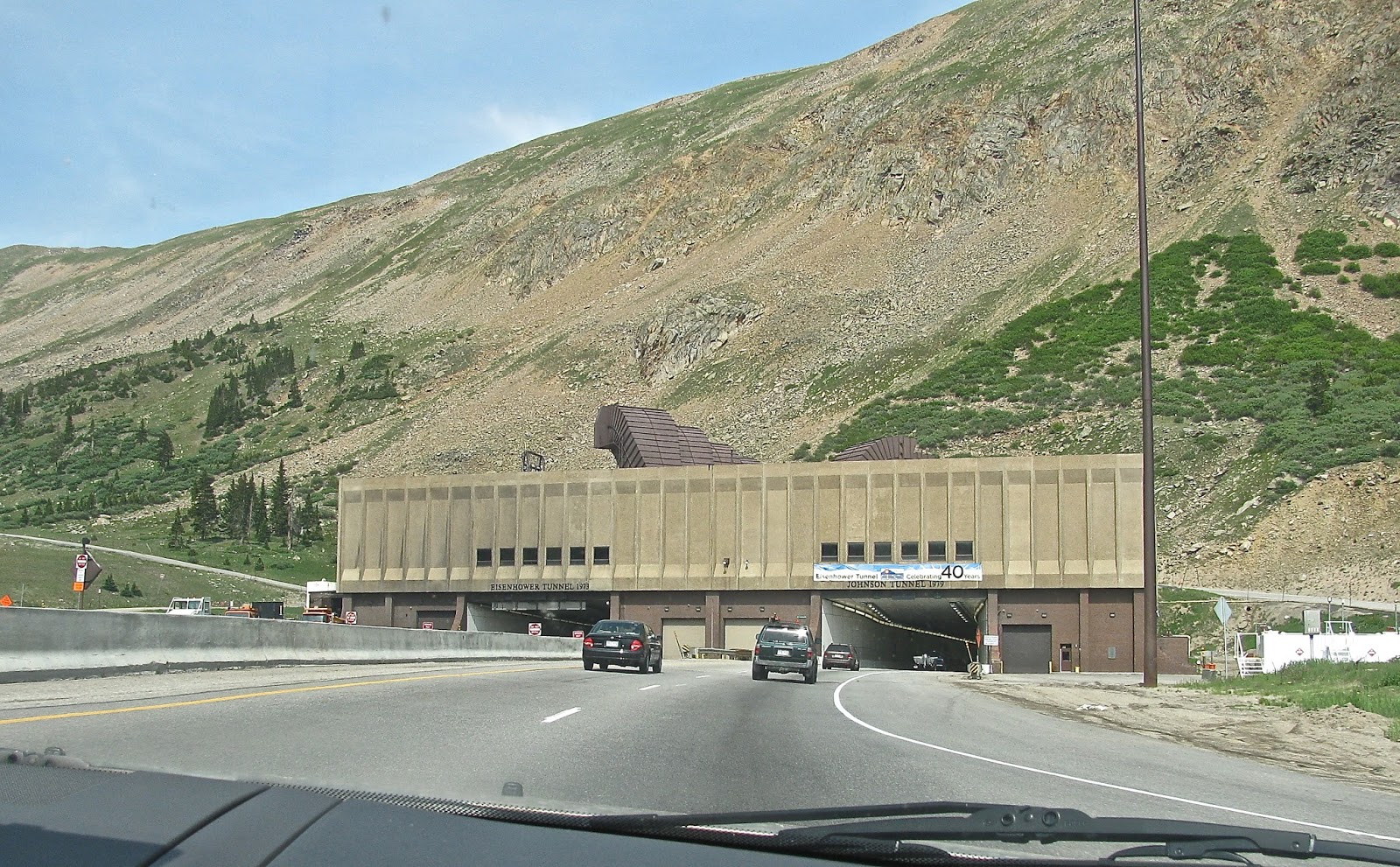 
The tunnels save drivers the 9.5 mile route over Loveland Pass.
The west bore reaches a maximum elevation
of 11,158 feet or 3,401 meters above sea level.
The Eisenhower-Johnson Memorial Tunnel
is the longest and highest mountain tunnel
in the USA's Interstate Highway System. 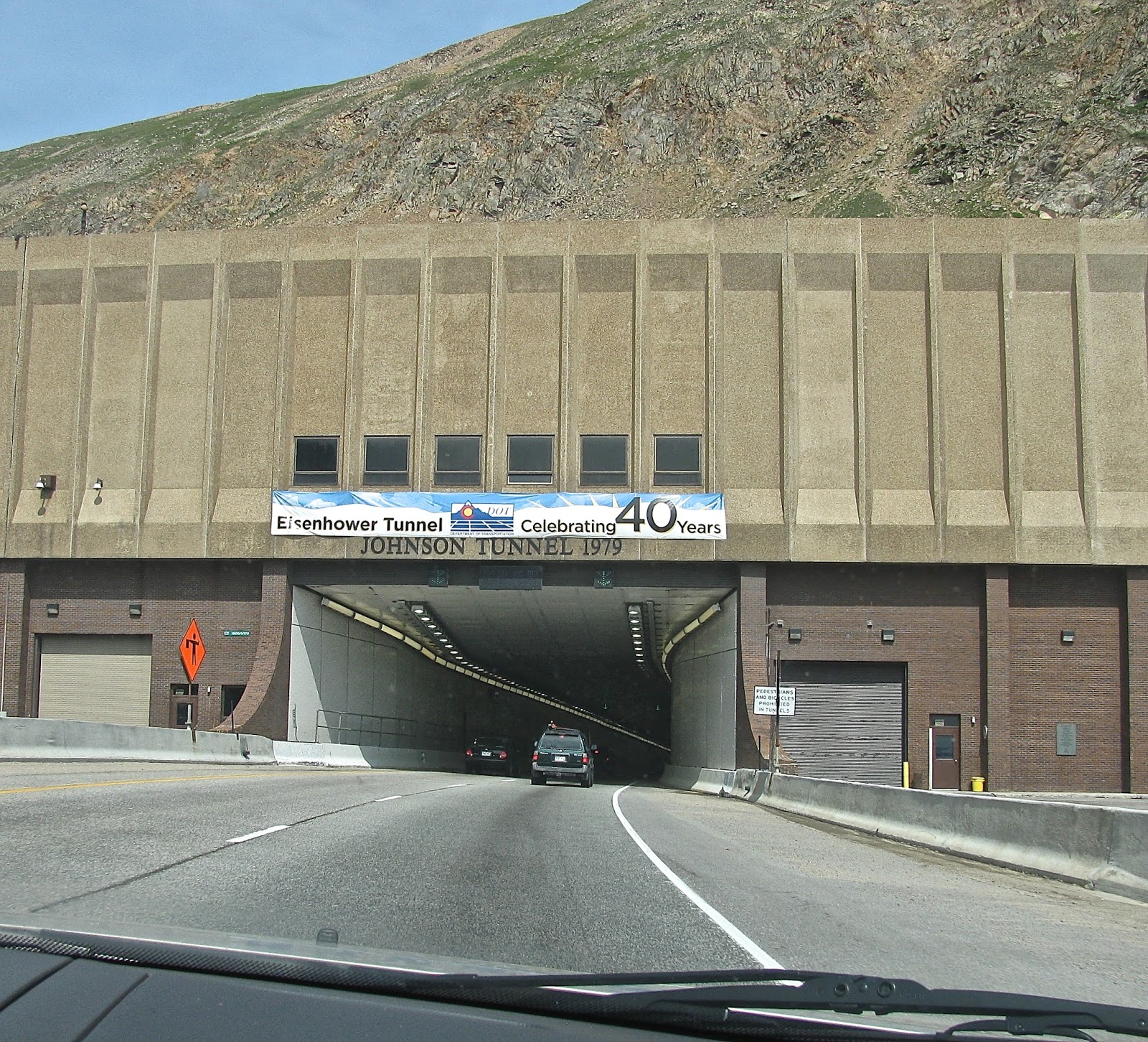 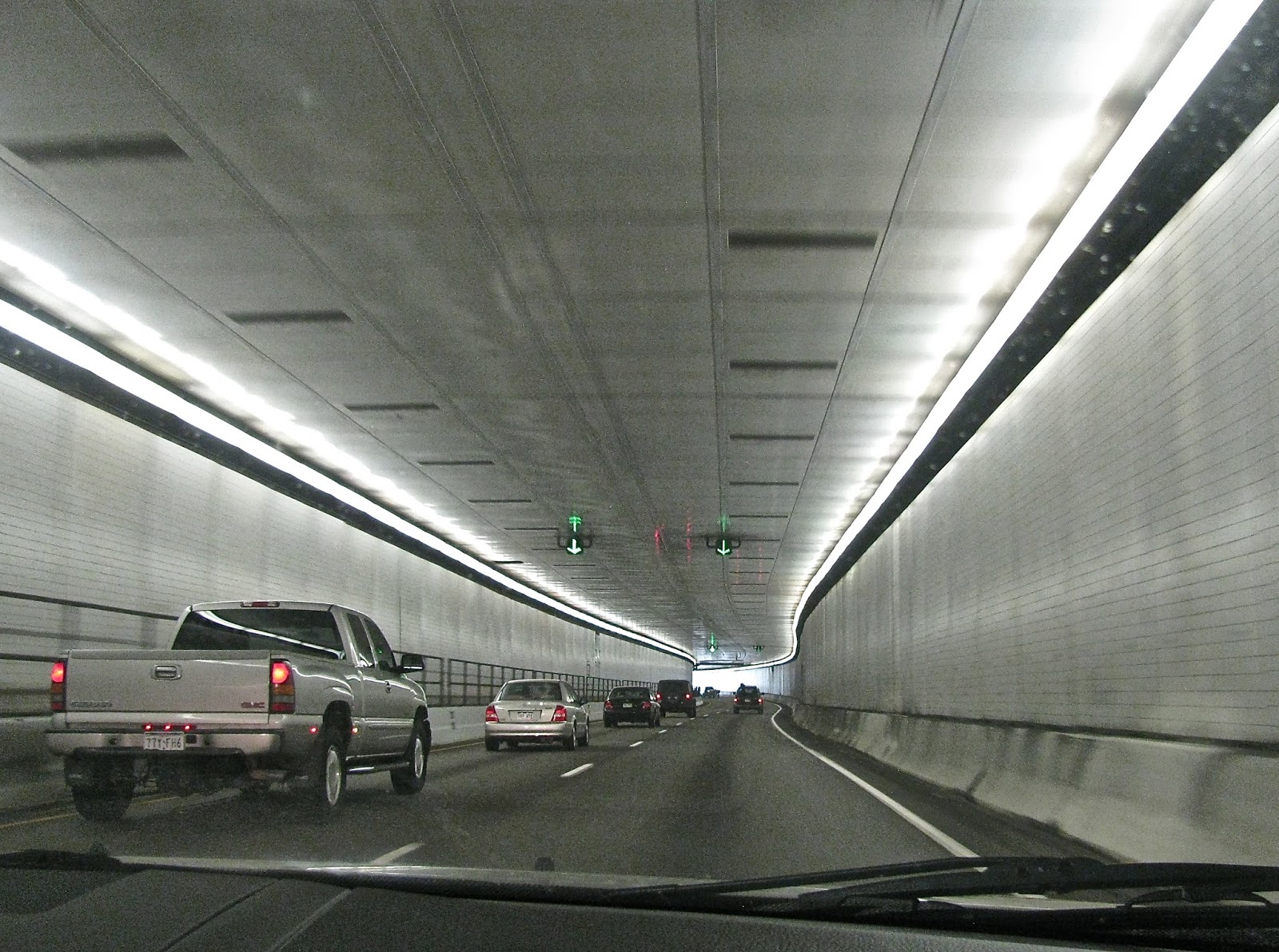 Constructing both sides of the tunnel was challenging.
Boring under the continental divide
through granite, gneiss, and schist
proved difficult for men and machines at such a high elevation.

Workers discovered fault lines
as they worked on the Eisenhower bore
and slipping occurred along those fault lines.
Although emergency steps were taken
to prevent cave-ins and collapsing of the tunnels,
nine workers died during their construction.

Commented one frustrated engineer:
"We were going by the book,
but the damned mountain couldn't read."
(Source:  http://en.wikipedia.org/wiki/Eisenhower_Tunnel

For a Map of I-70 and the Eisenhower Tunnel click below.
source:  http://en.wikipedia.org/wiki/File:Eisenhower_tunnel.svg

I don't know about you,
but I think that's pretty damn cool!

Give me a plane, a camera, a window seat,
and clear skies ~ maybe cloudy skies,
and I can entertain myself endlessly! 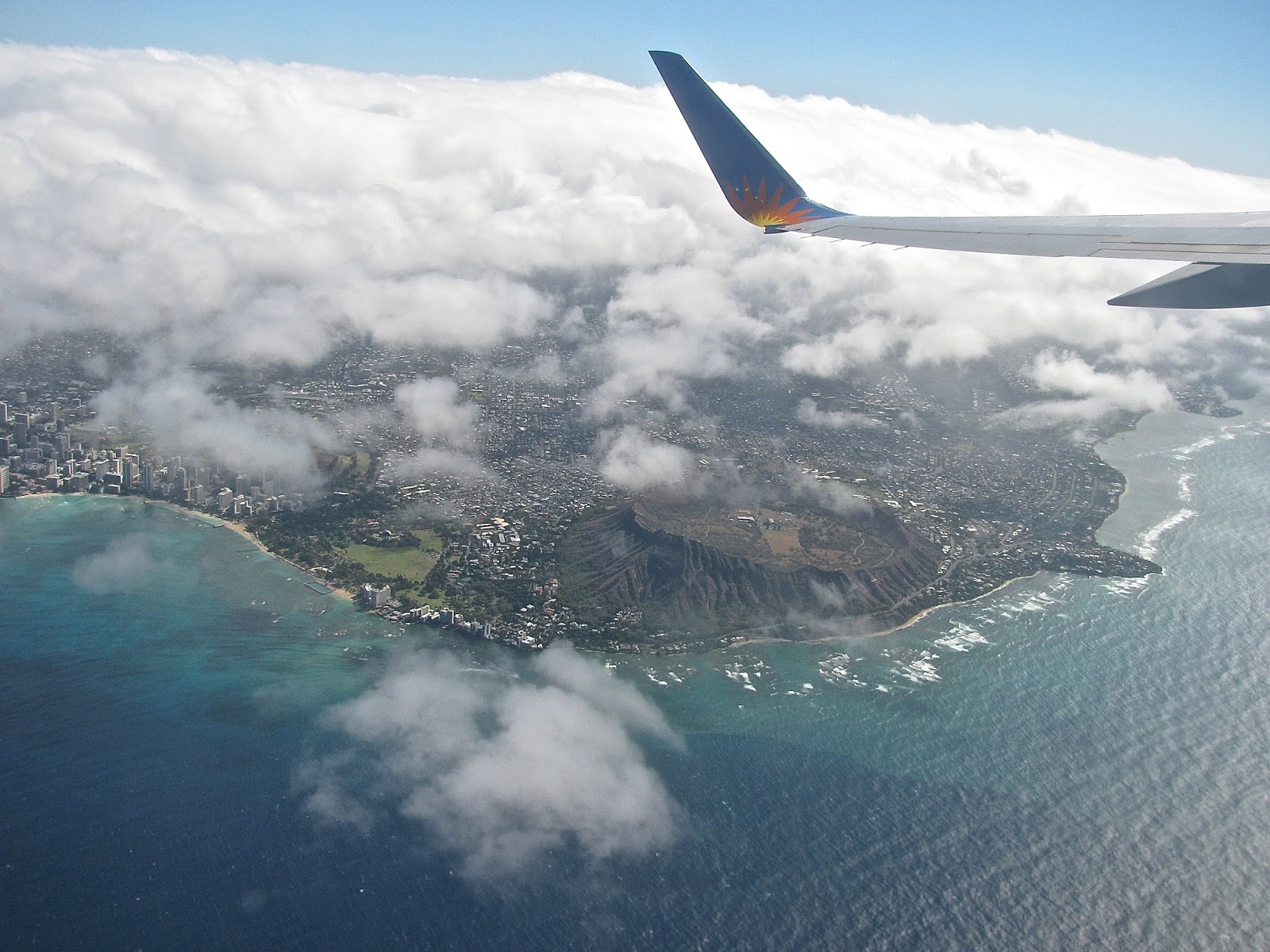 Whenever I take-off on a plane, I'm singing, "Time for me to fly!"