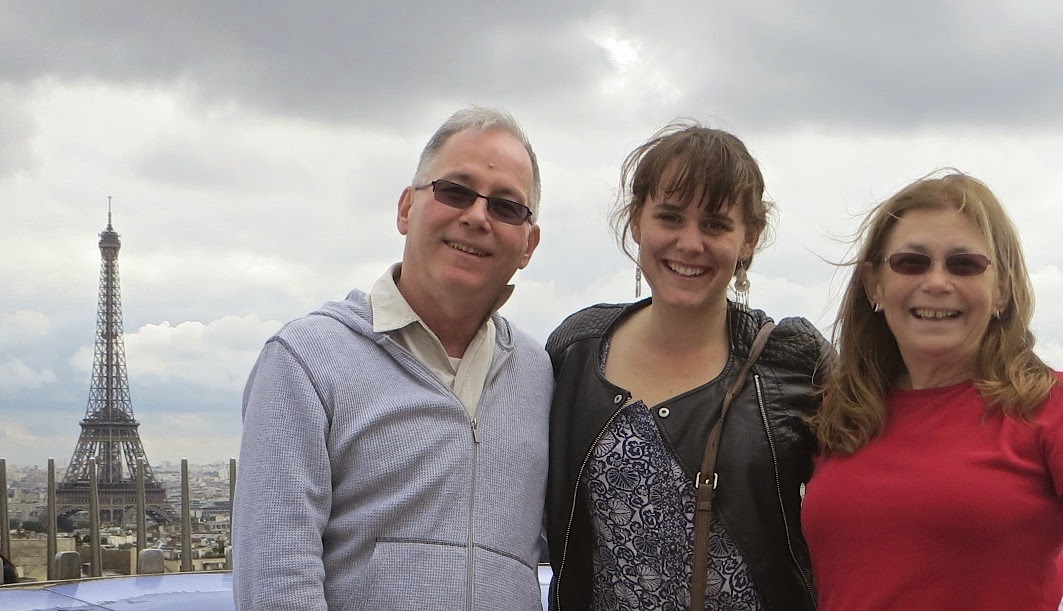 The end of May finds me in Paris for the very first time!
Almost 42 years ago, I made it to within 35 kilometers,
and I swore one day I'd return and make it to 0 klicks. 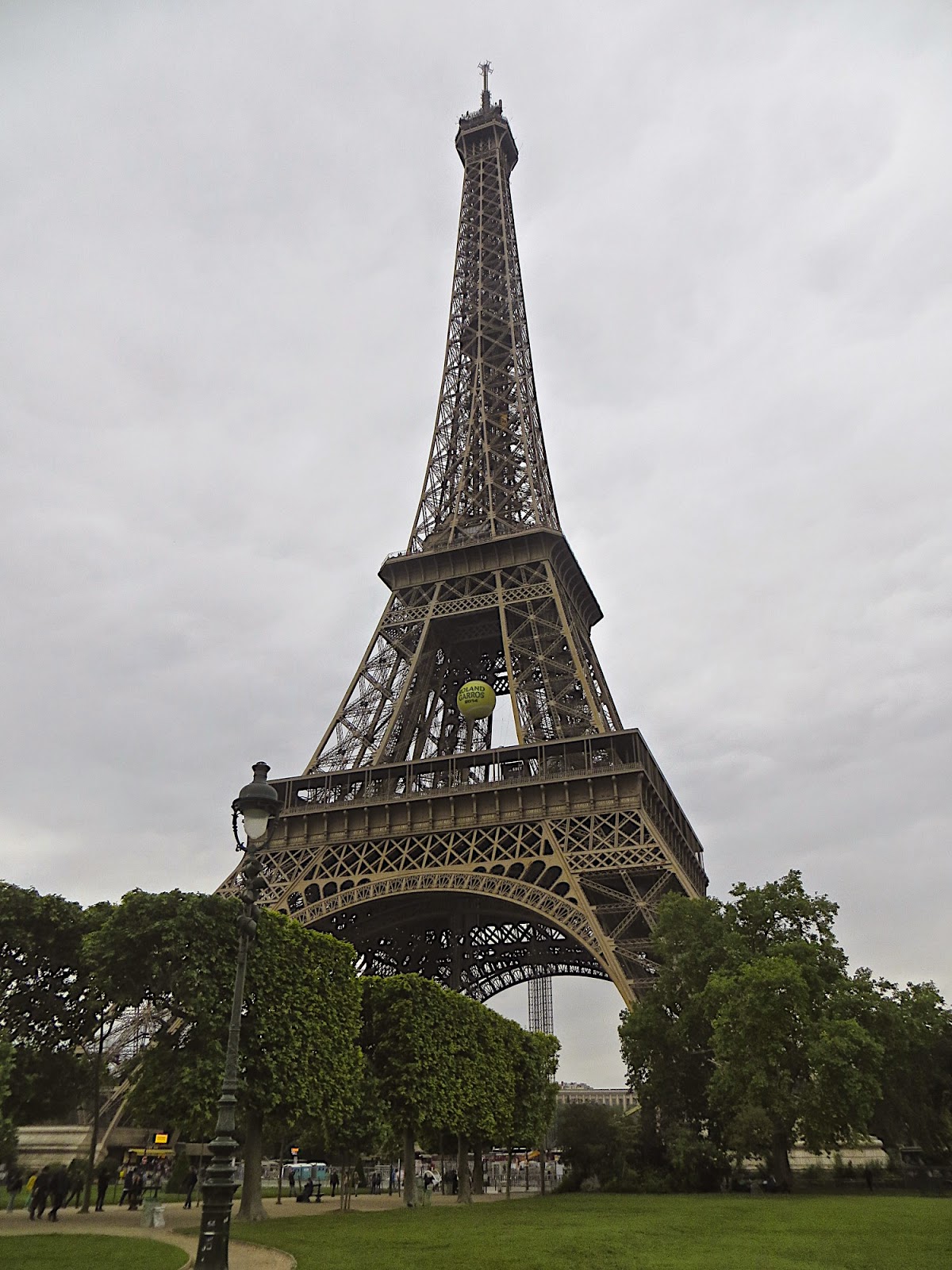 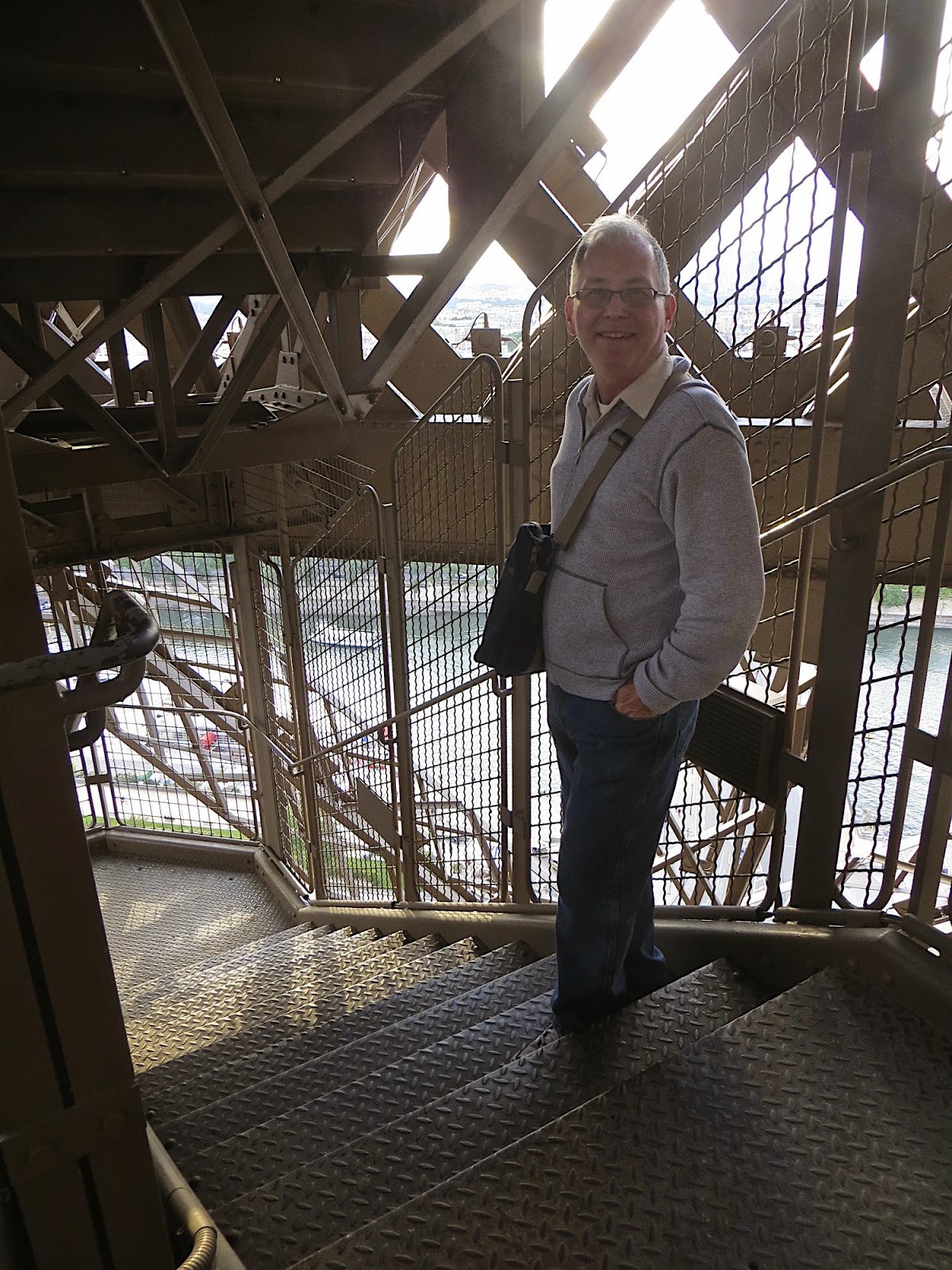 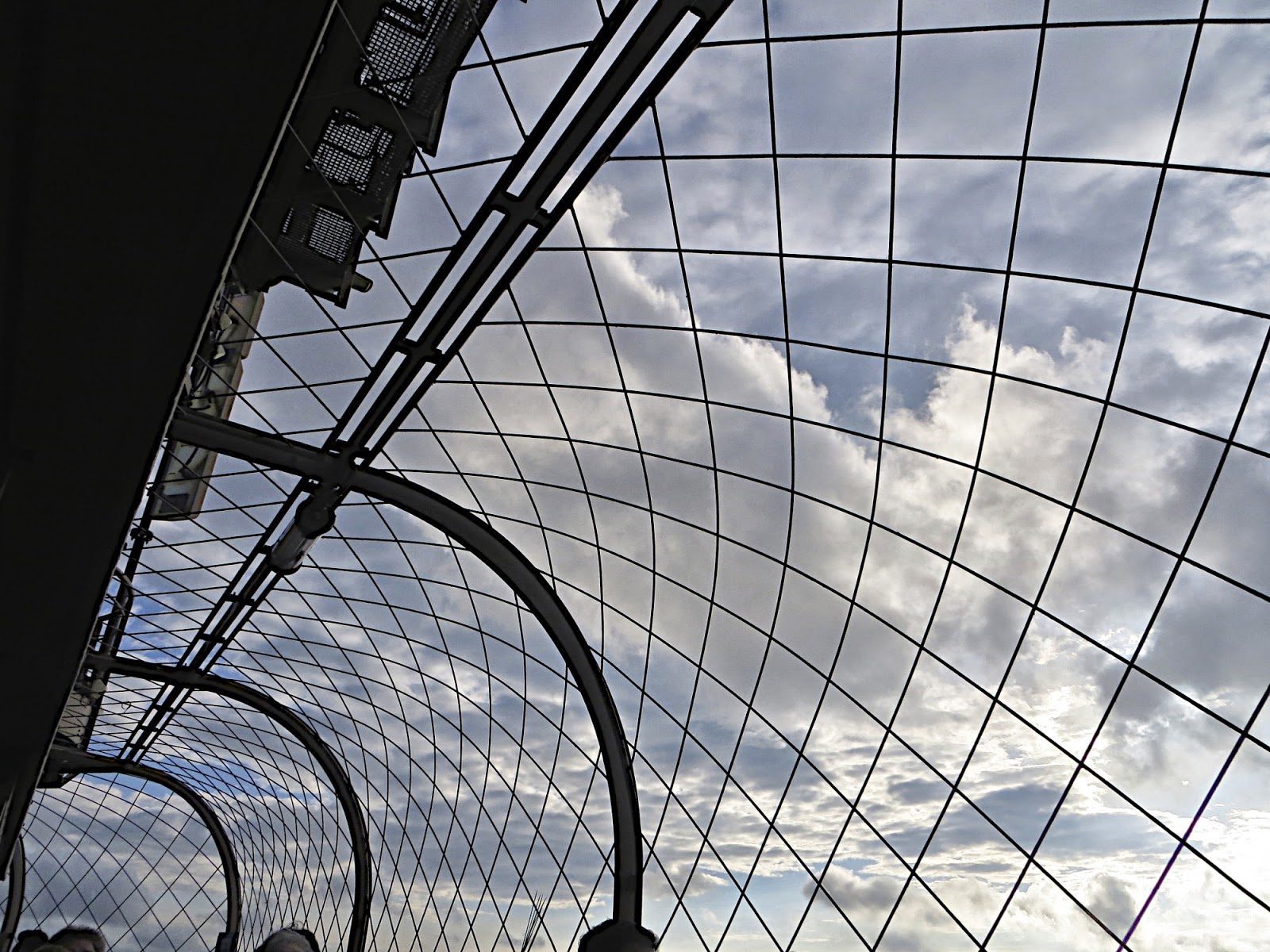 What a thrill it was to see the Eiffel Tower the first time! 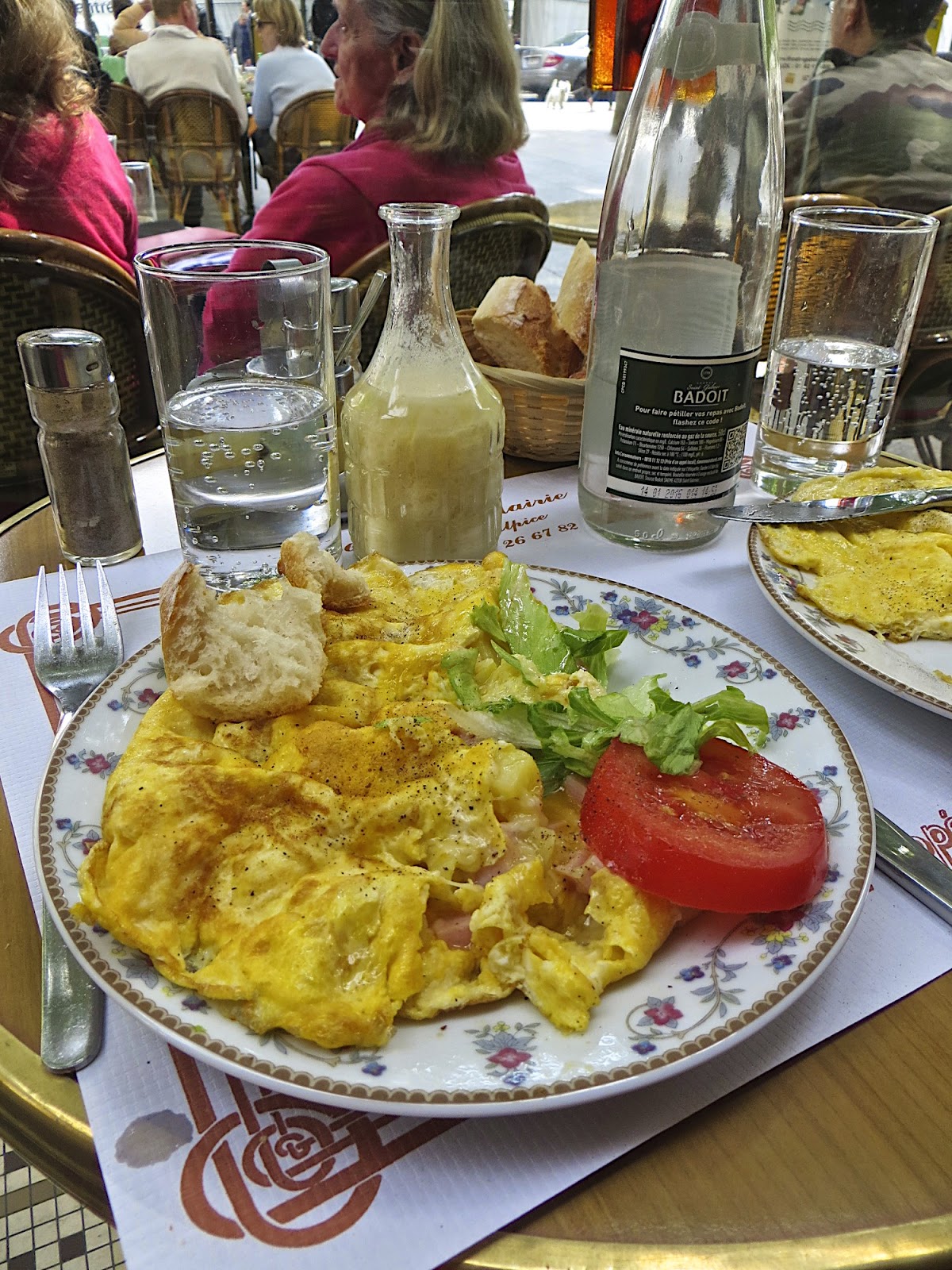 This little cafe across the street from Saint Sulpice Church
served delicious omelets to two weary and footsore travelers! 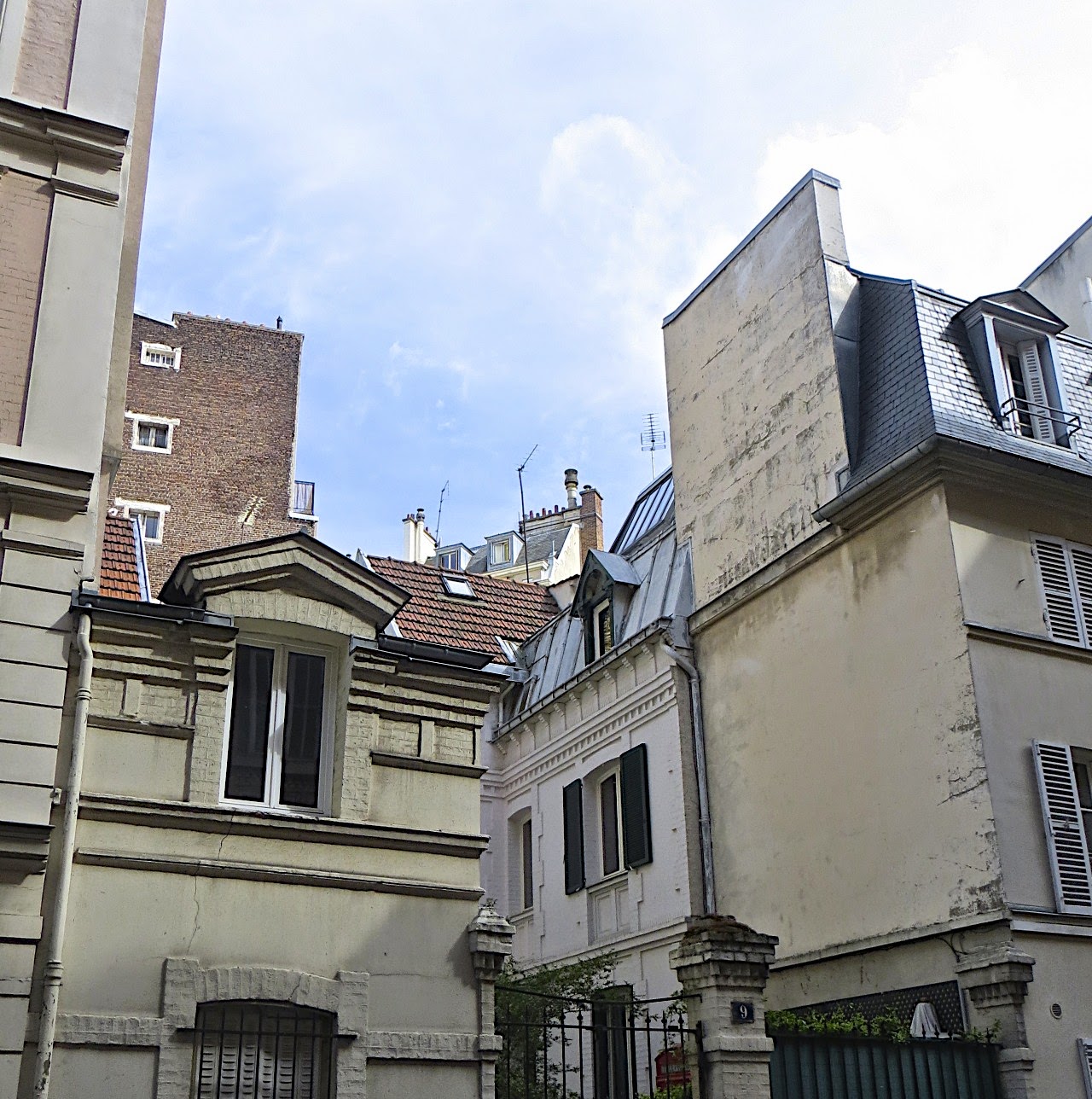 
The part of Paris that became our temporary home
was Saint-Germain-Des-Prés,
consecrated by the Bishop of Paris in 558.
It is found on the left bank of the Seine
in the 6th arrondissement of the city.
The existentialist movement, associated with Jean-Paul Sartre
and Simon de Beauvoir,  was centered in Saint-Germain-des-Prés.
Click here for maps of France, Paris, and its arrondissements.
Source:  Wikipedia 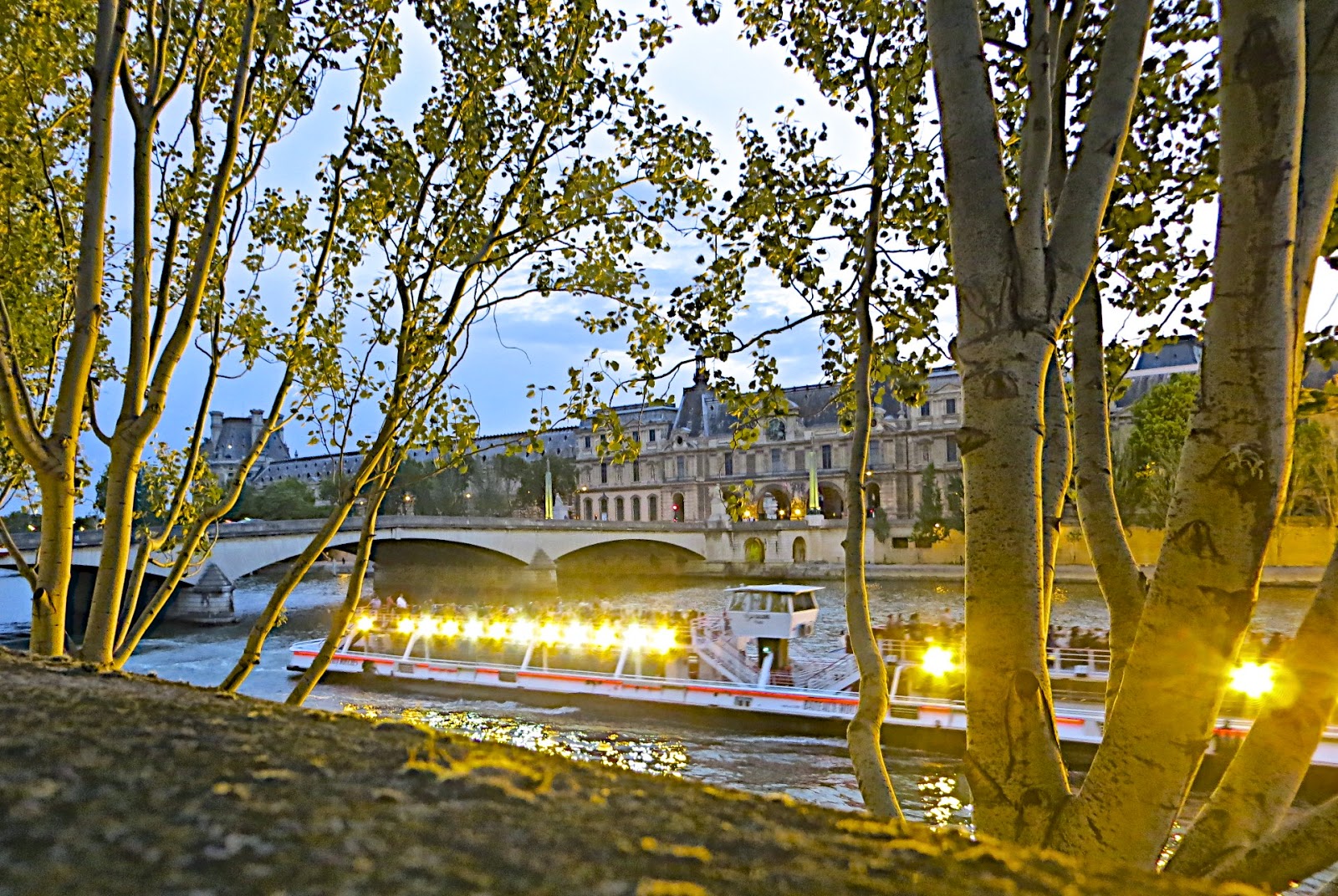 Watching Boats Along From the Left Bank of the Seine 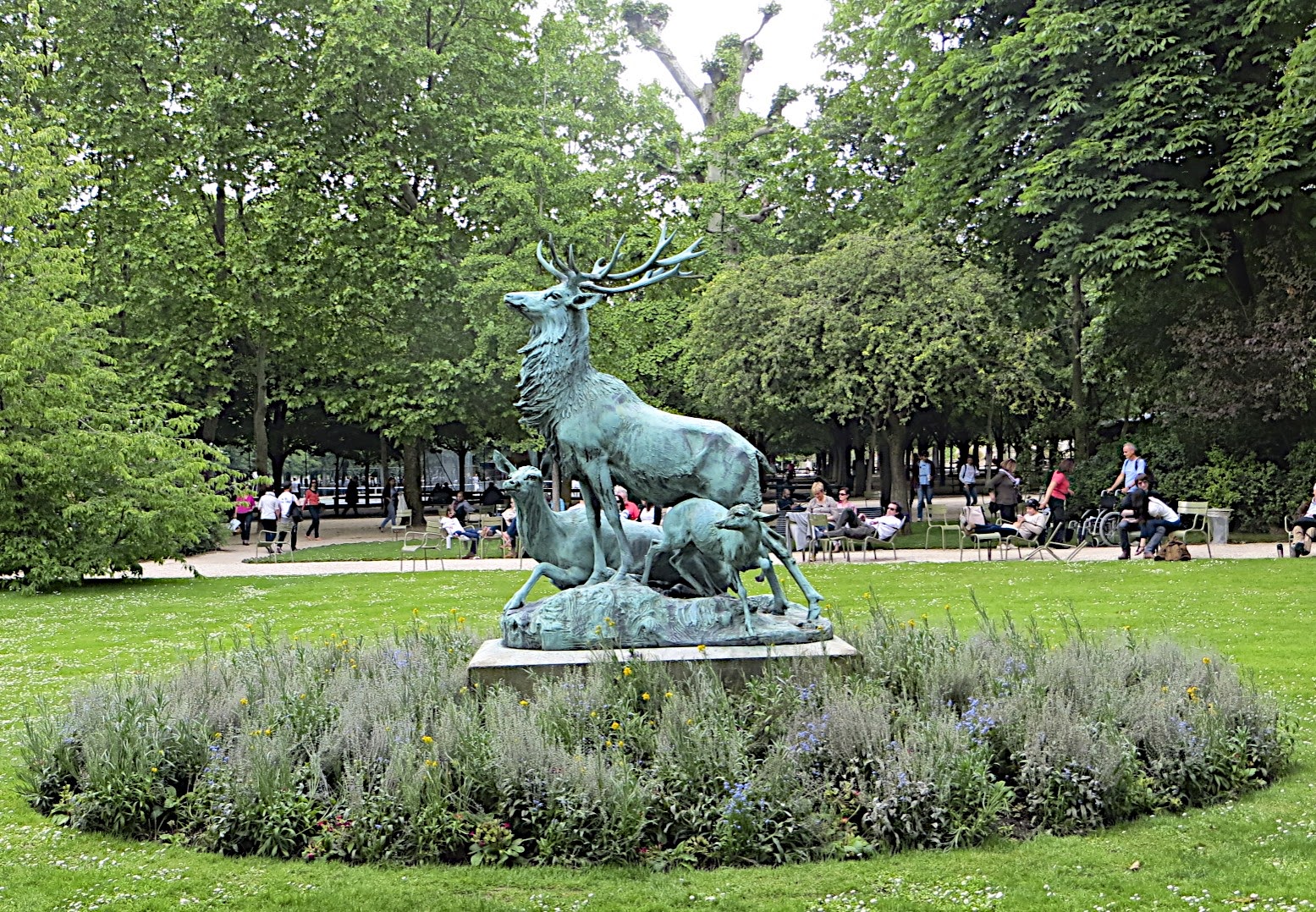 Deer in Paris!
Jardin du Luxembourg
(Much Easier to Catch Than in Colorado!) 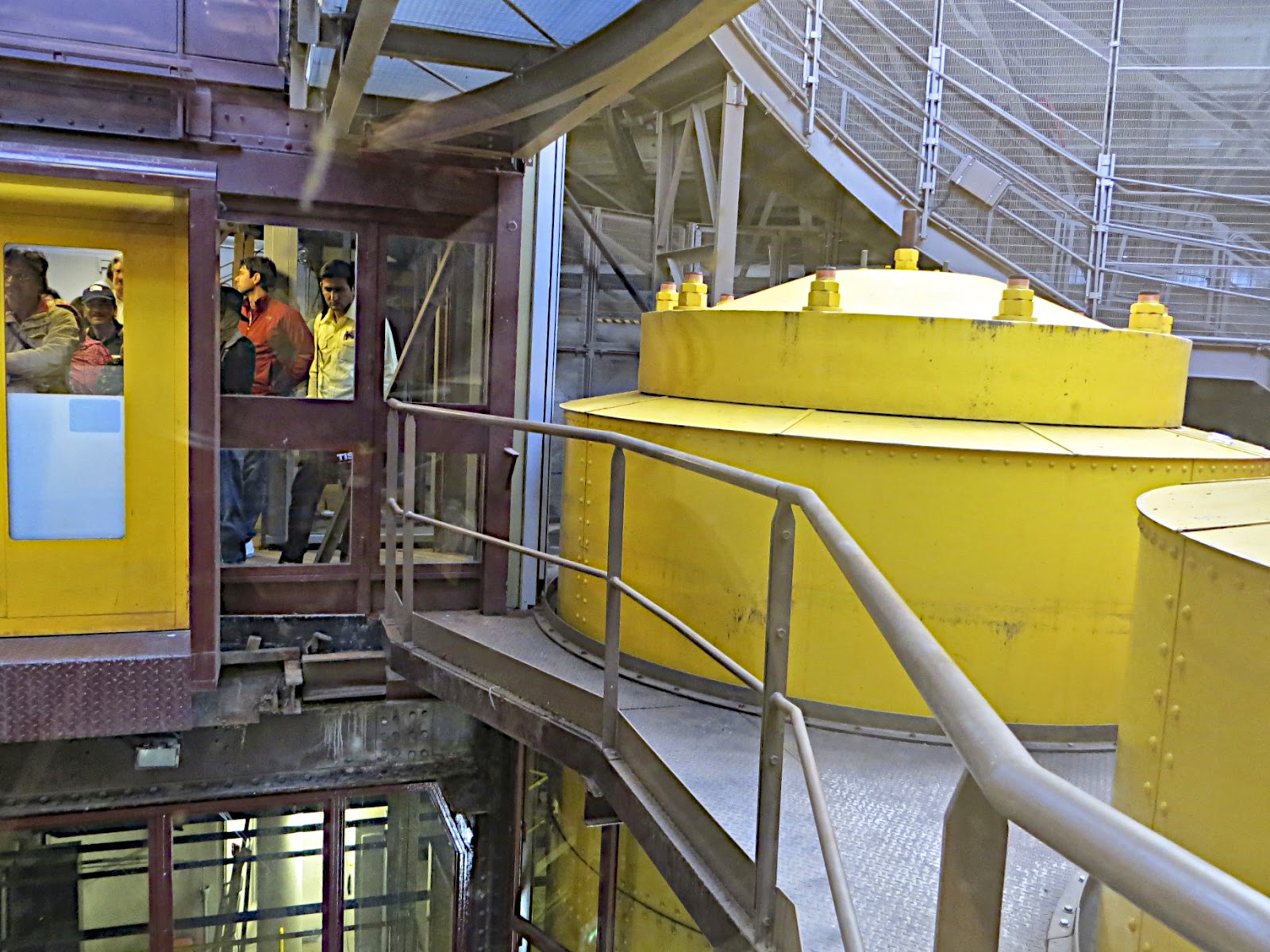 These bright yellow and red
hydraulic pistons
power the elevators in
the Eiffel Tower. 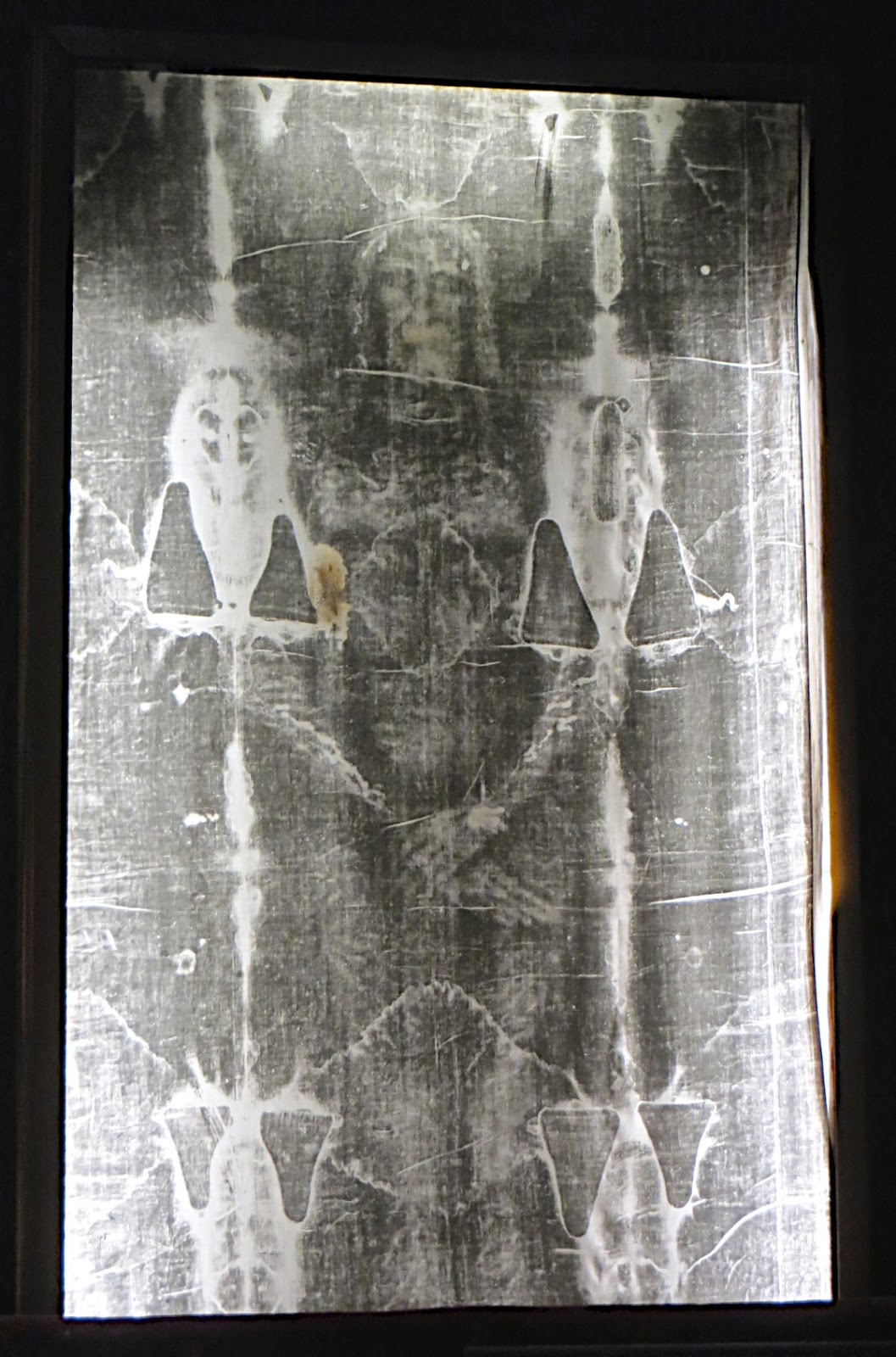 I was fascinated to see a replica of The Shroud of Turin
in the huge and beautiful church of San Sulpice.
This controversial religious artifact is a true puzzle.
Is this length of linen with its haunting image Christ's burial cloth,
or is it an elaborate hoax dating from Middle Ages? 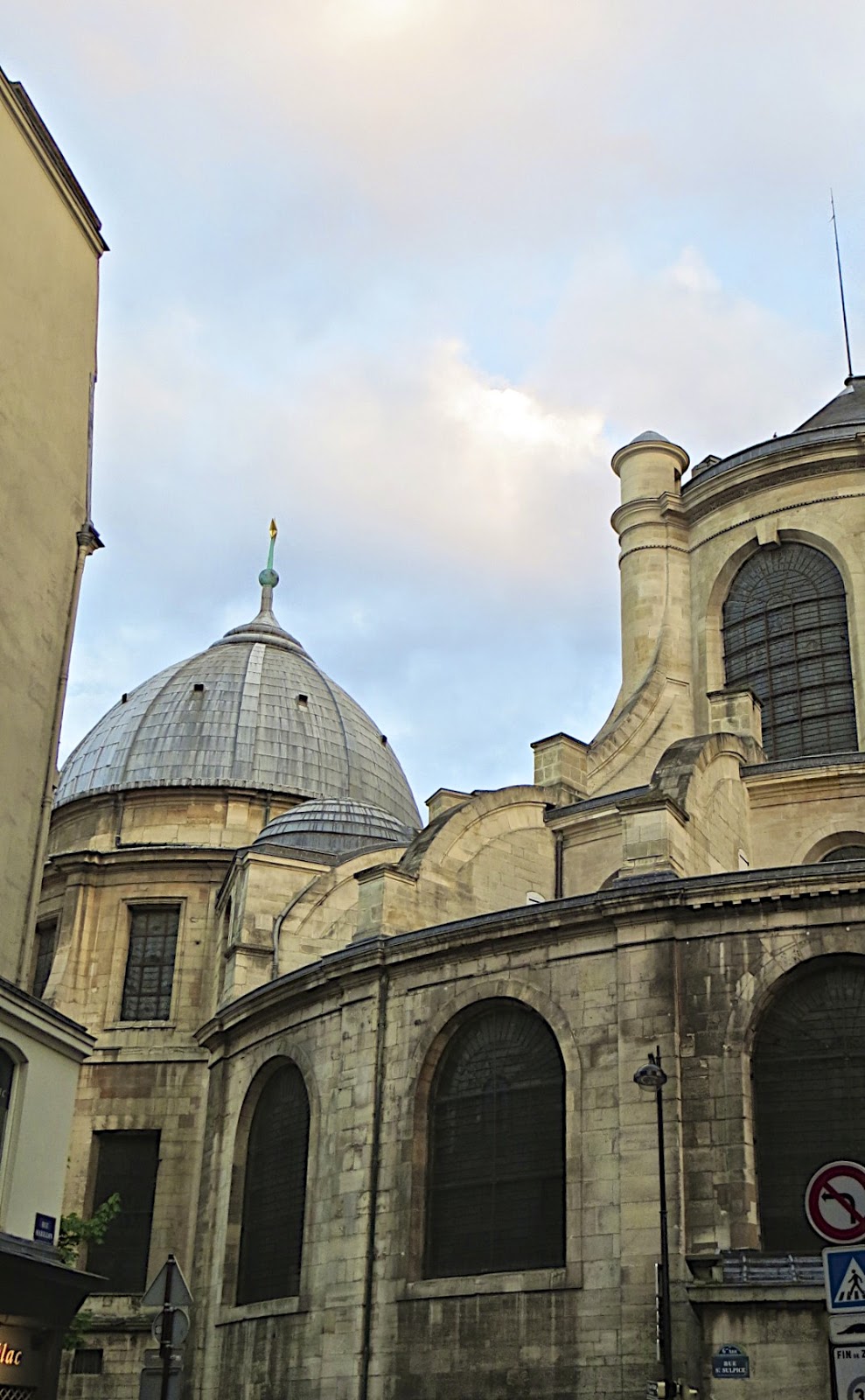 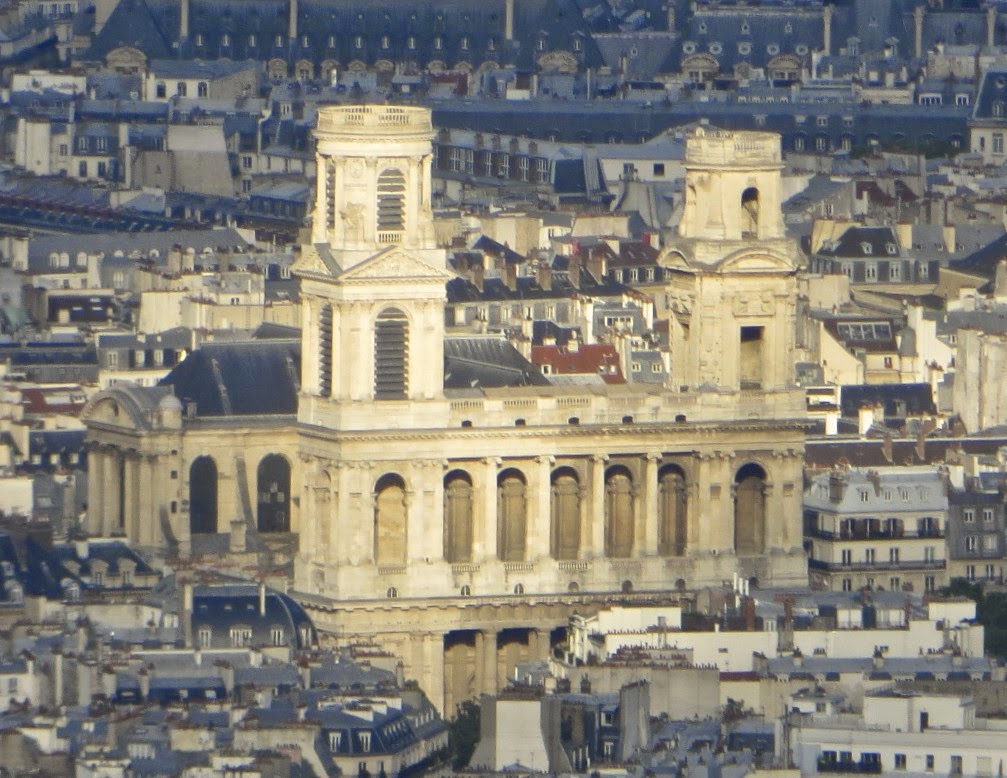 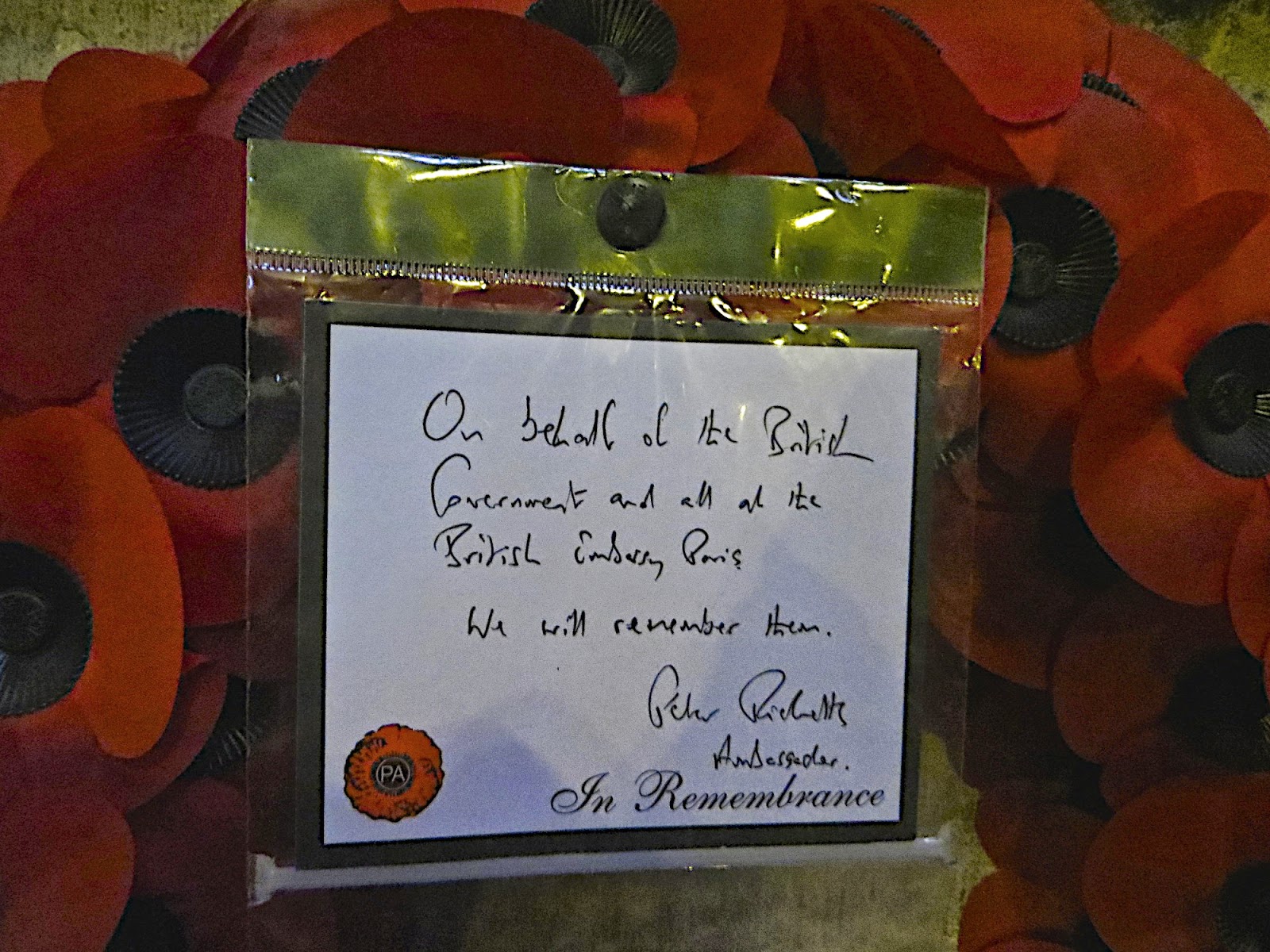 Nothing in Paris moved me more
than this memorial
for the British Empire Dead
in World War 1.

To see the Coats of Arms
for Canada and Newfoundland
displayed and to remember Canada's
John McCrae and his poem
In Flanders Fields
was a powerful and emotional
experience for me.

I never expected to see this
in Notre Dame Cathedral. 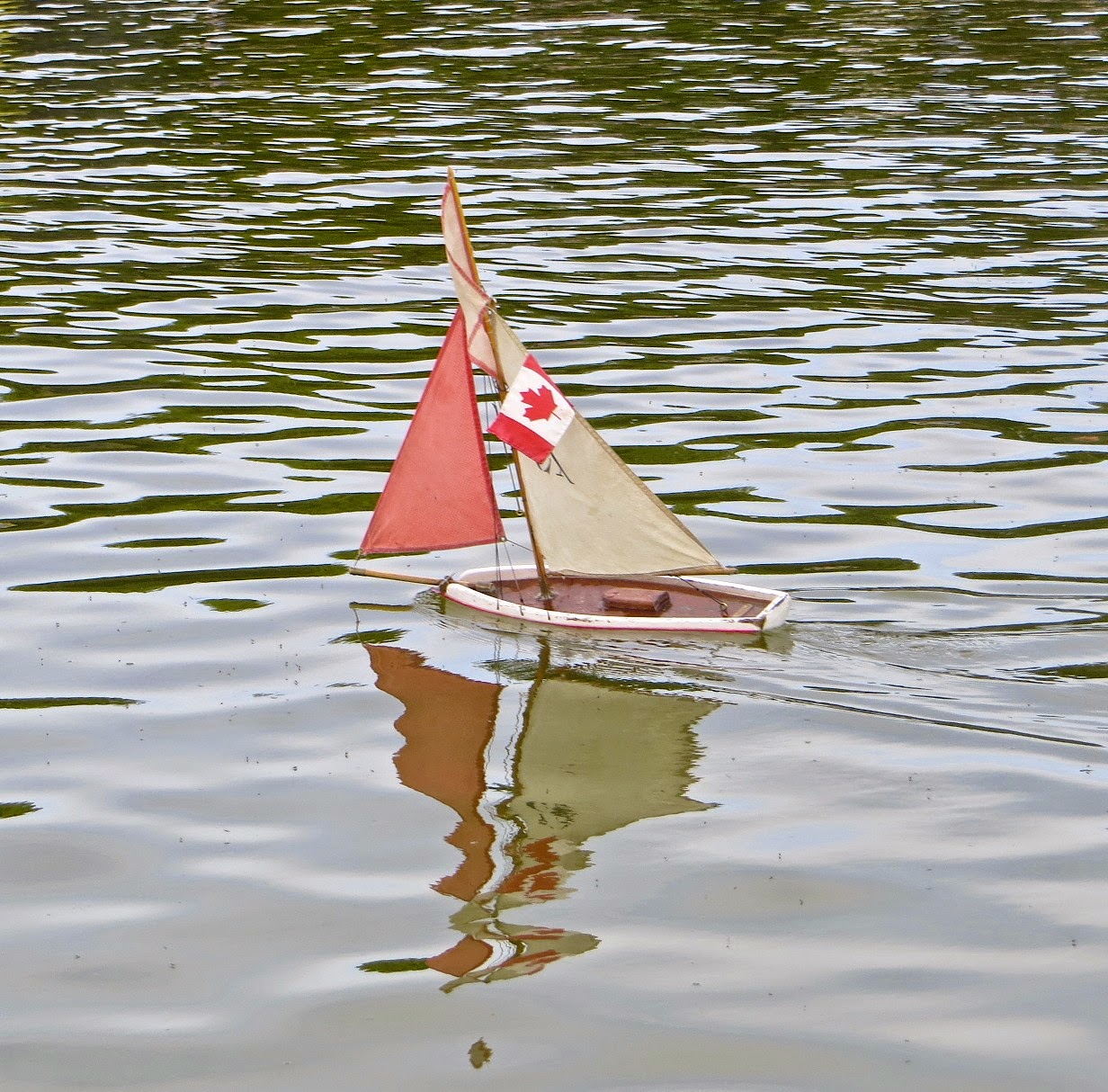 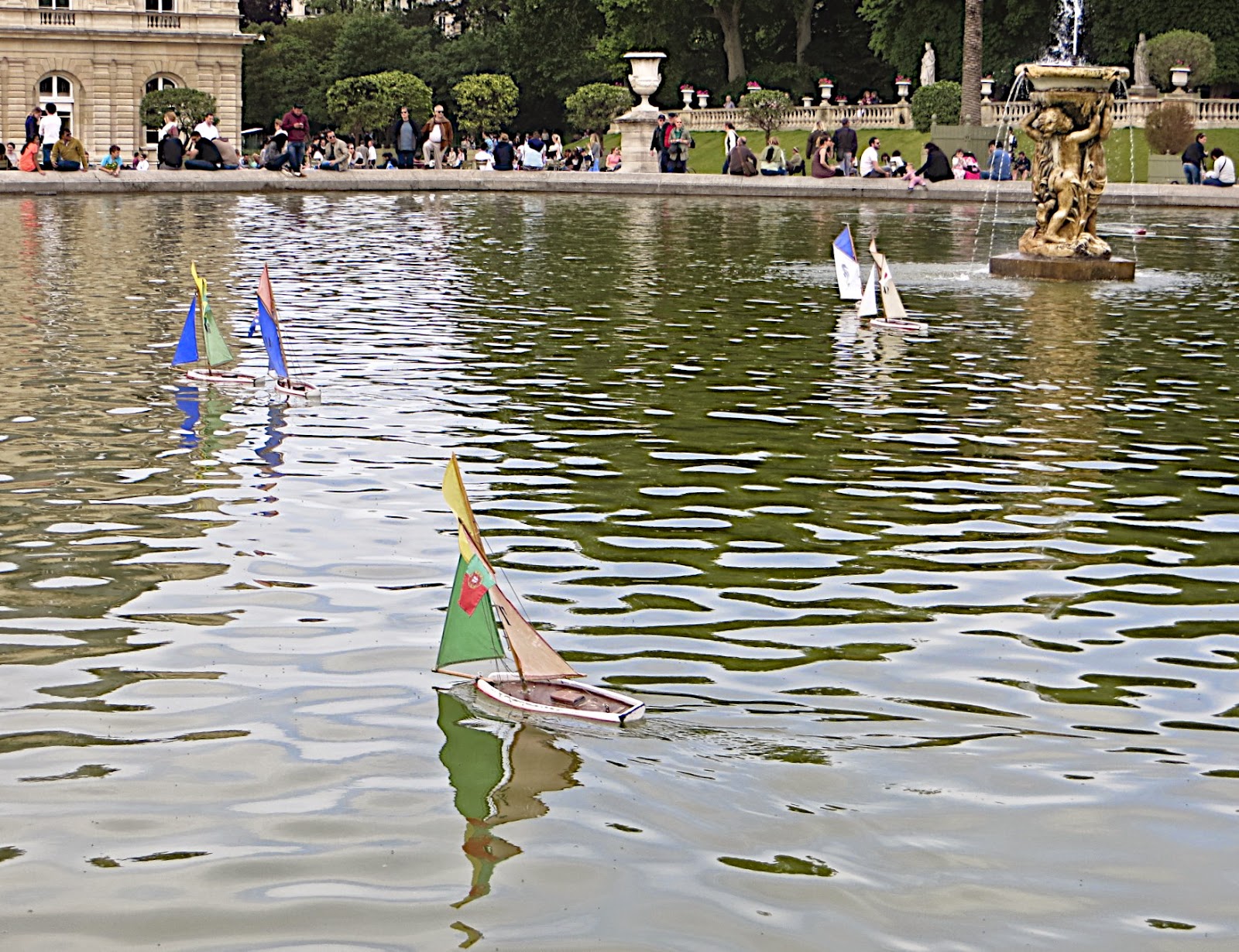 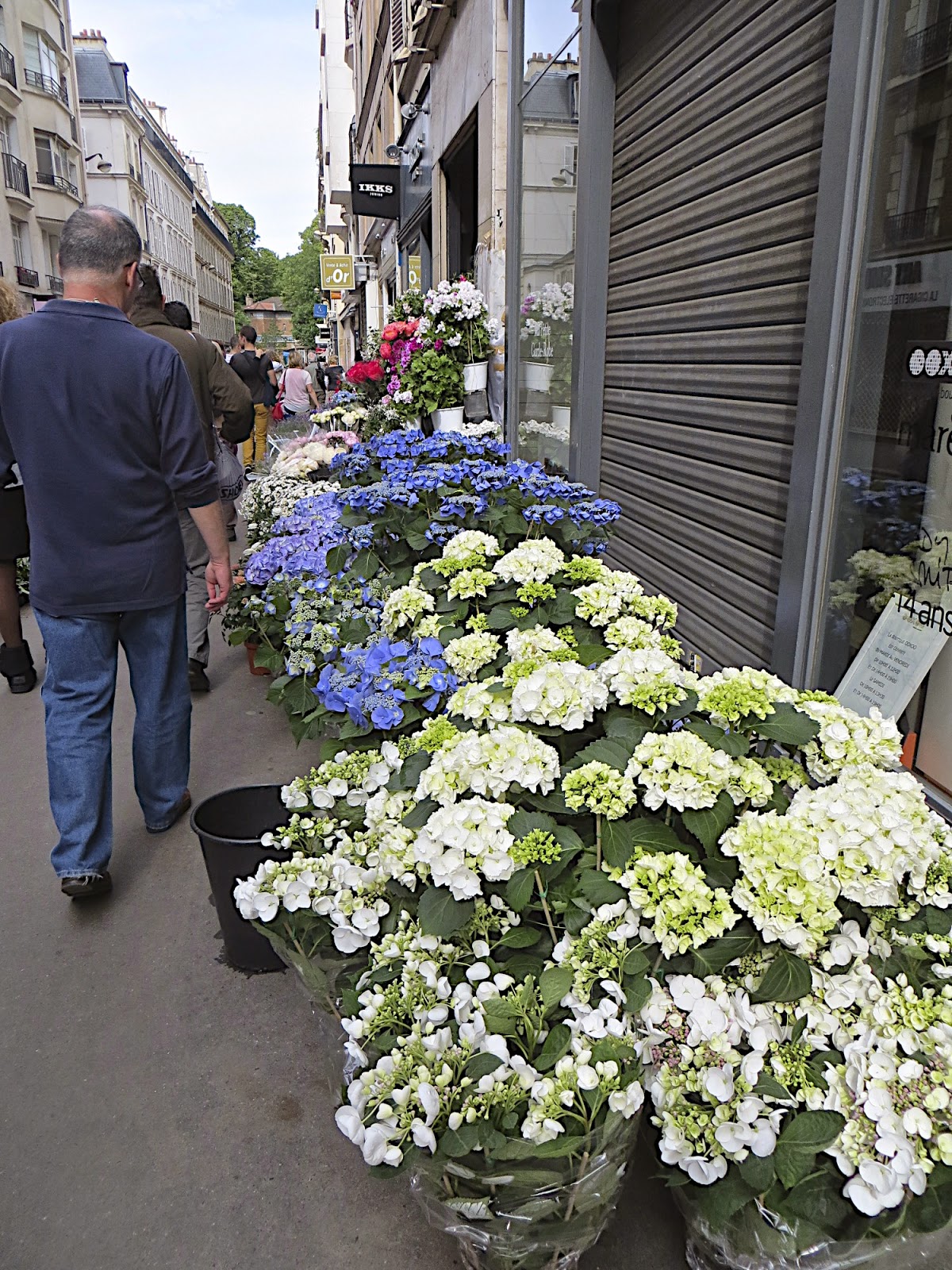 Terry strolls by
fresh flowers for sale
along a narrow street
in Saint-Germain-Des-Prés. 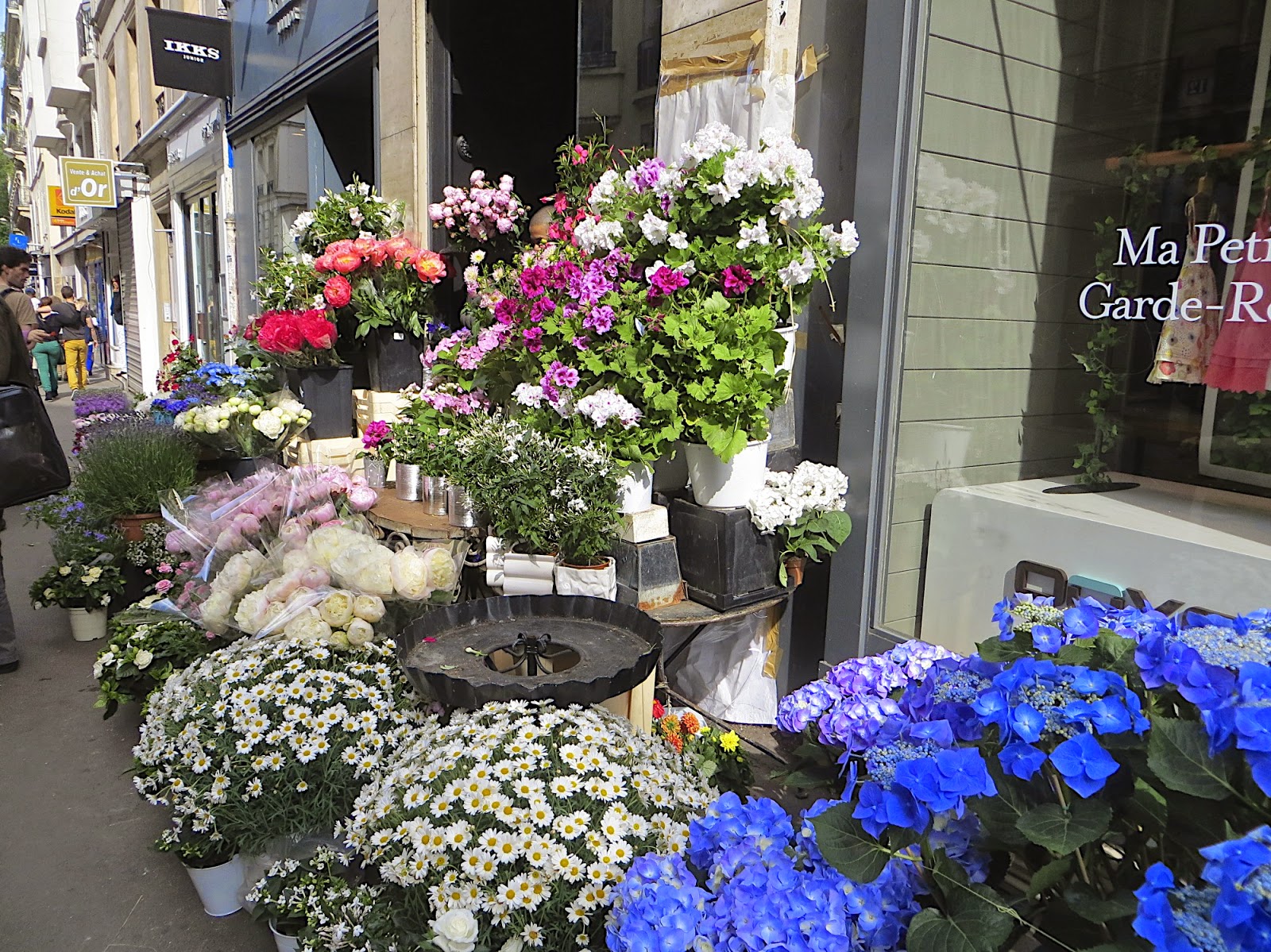 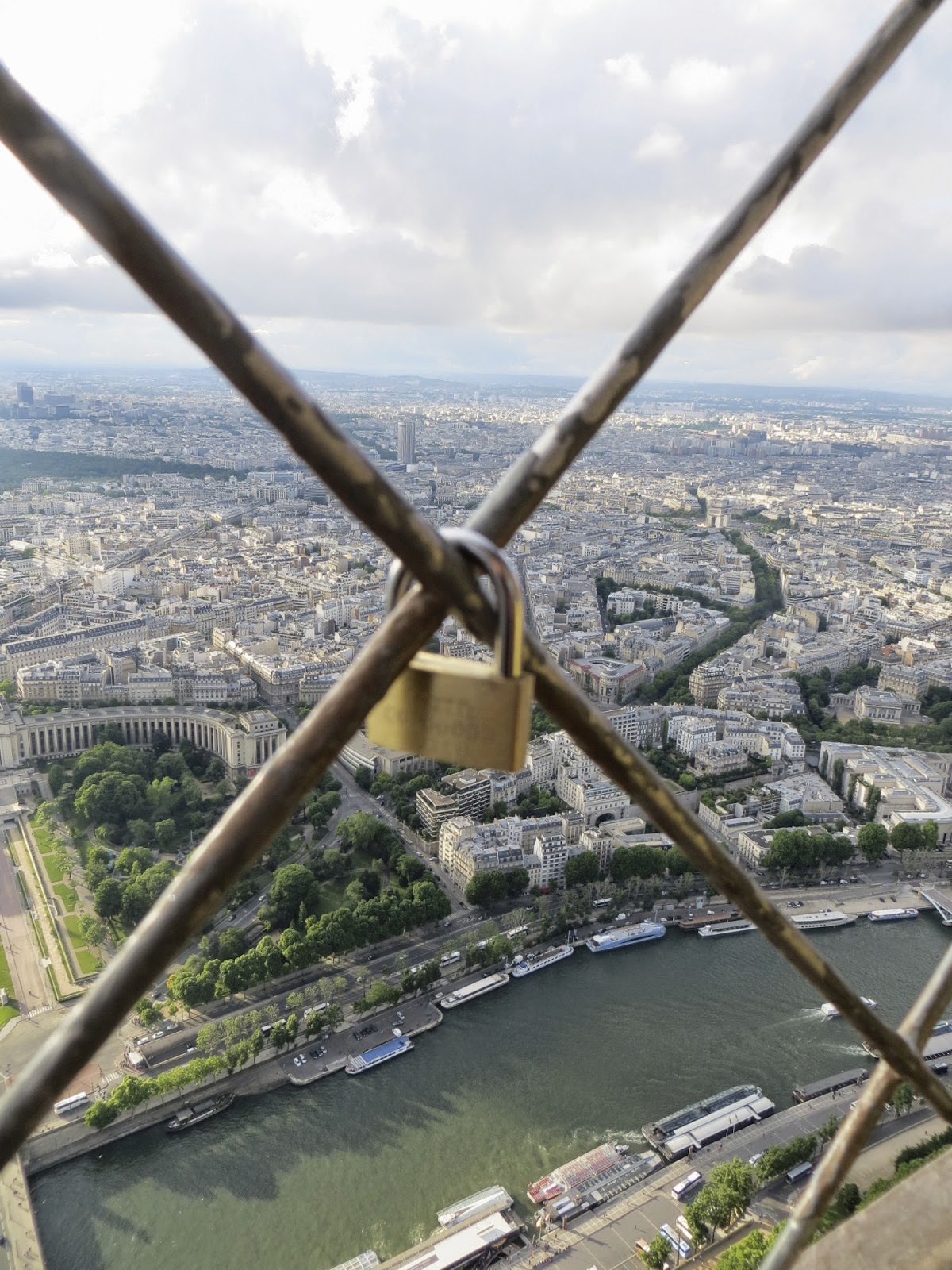 Tiny Lovers' Lock at the Top of the Eiffel Tower 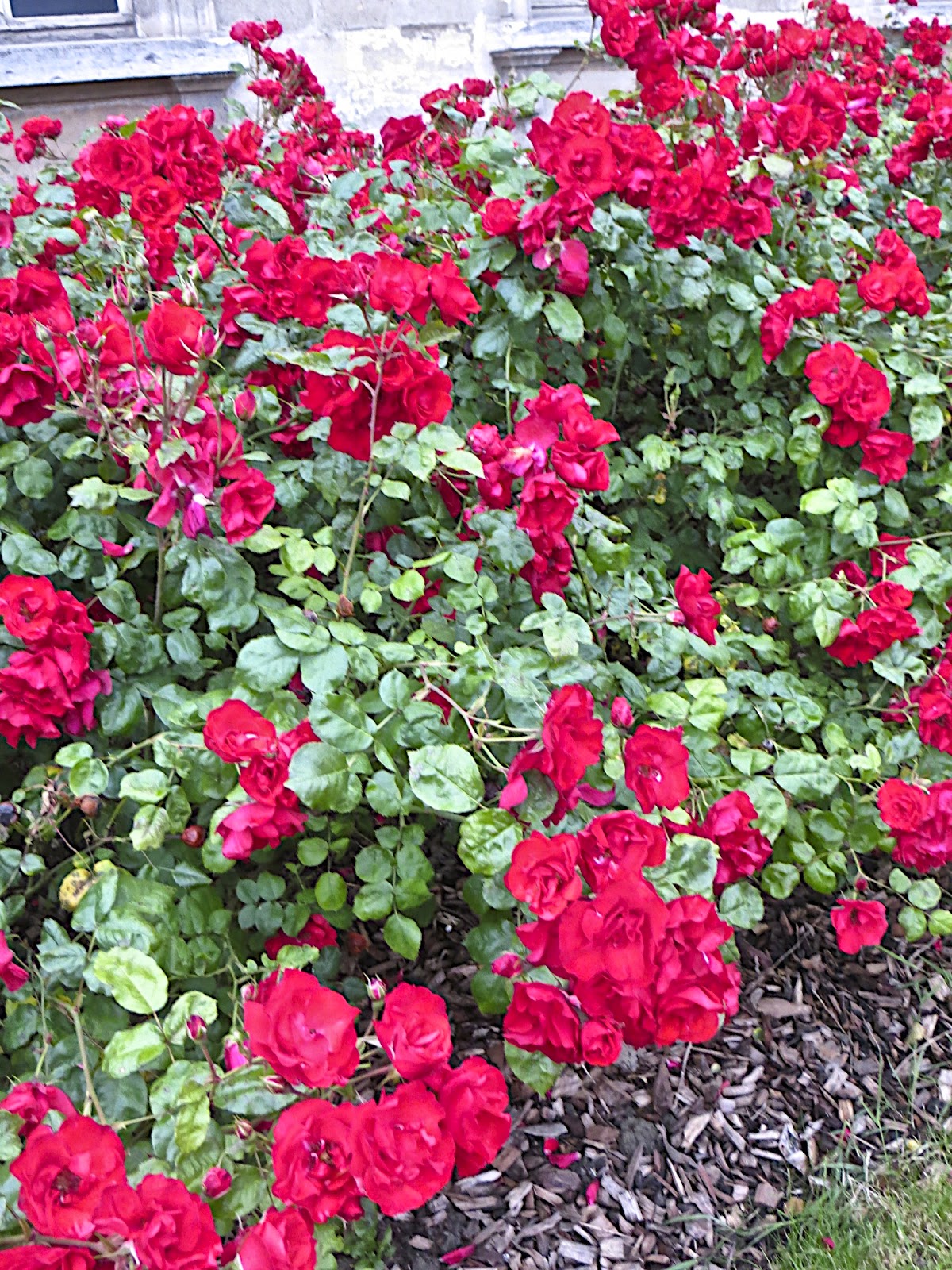 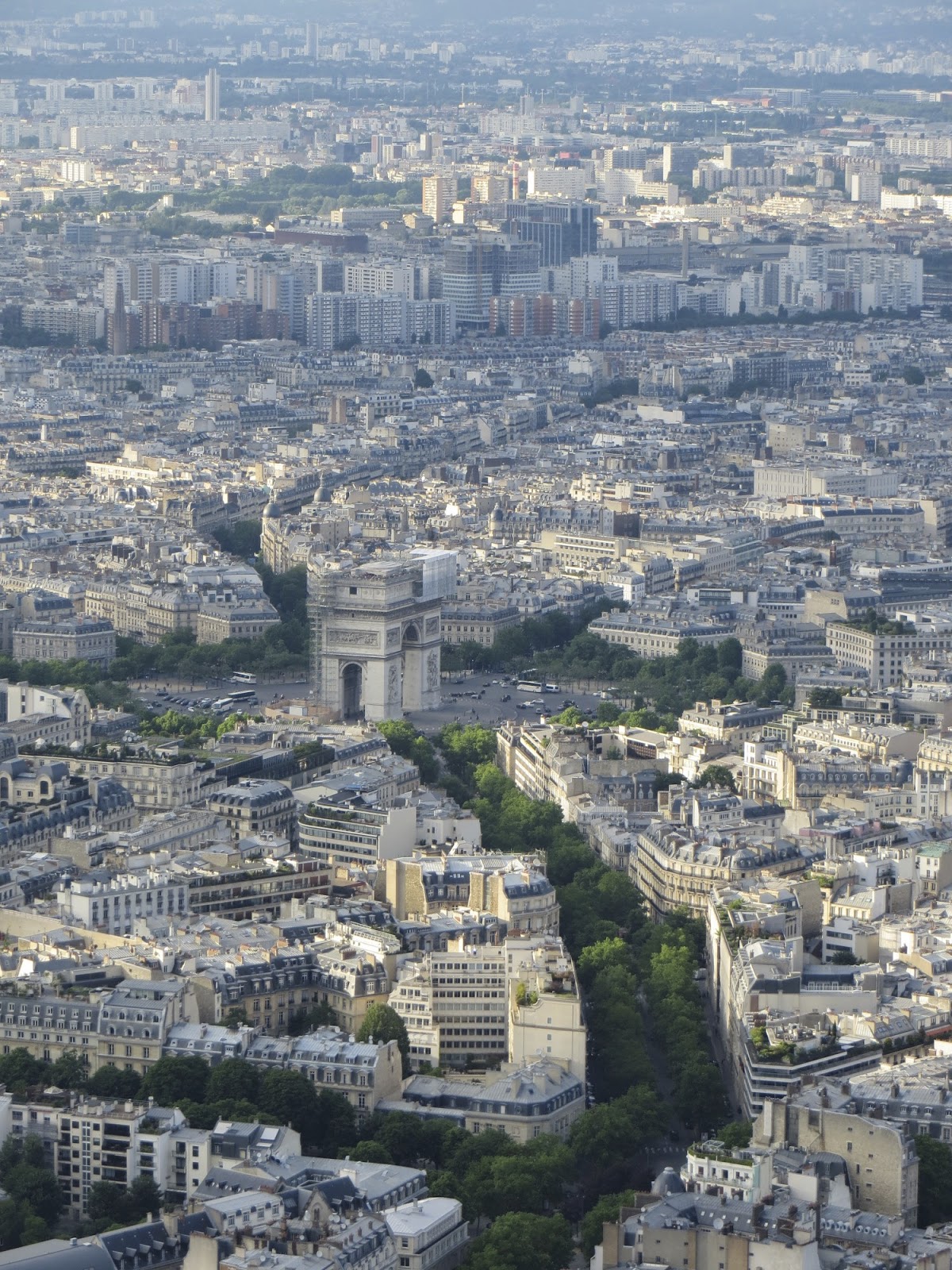 Tiny Arc de Triomphe
from the Top of the Eiffel Tower 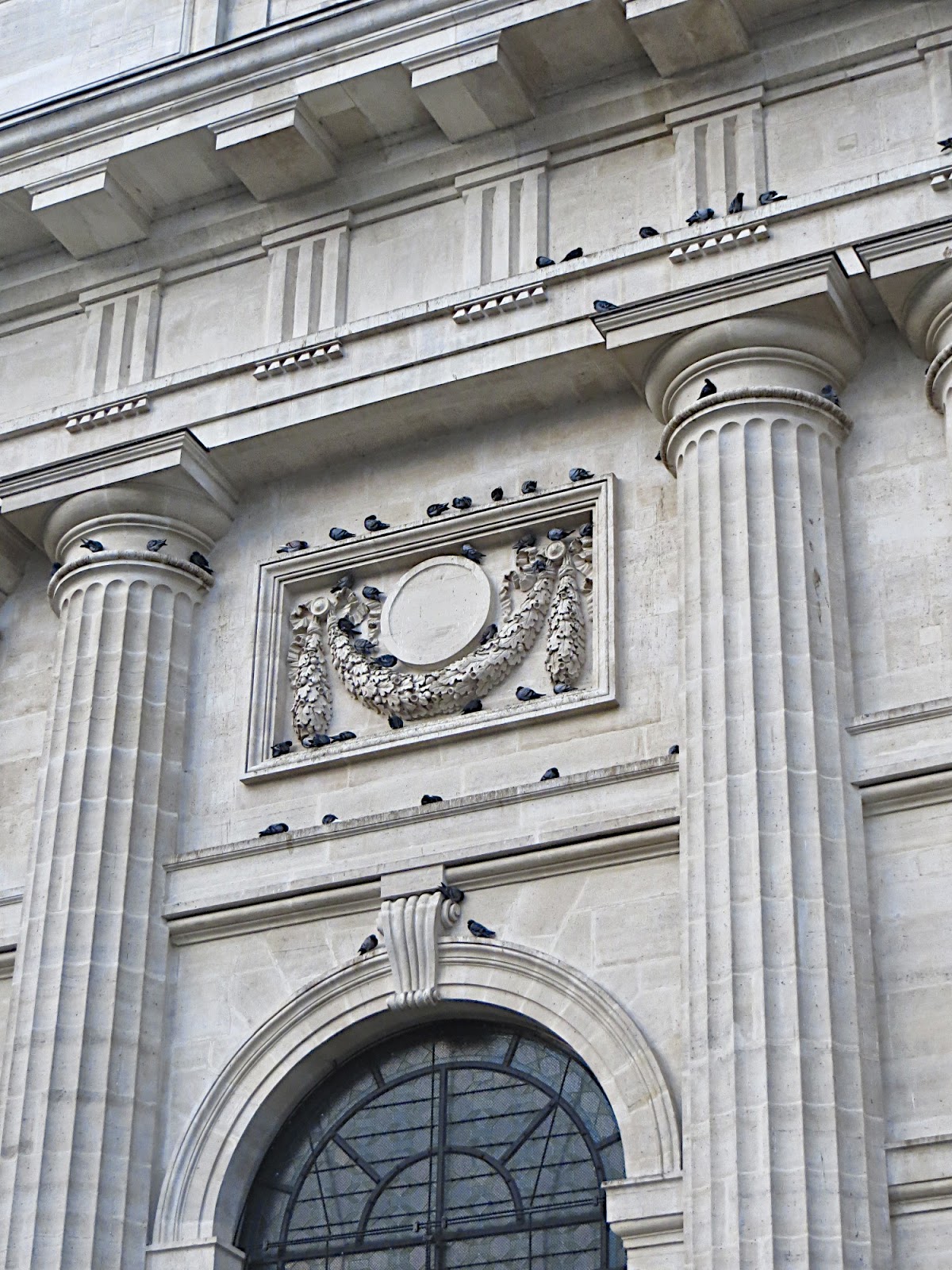 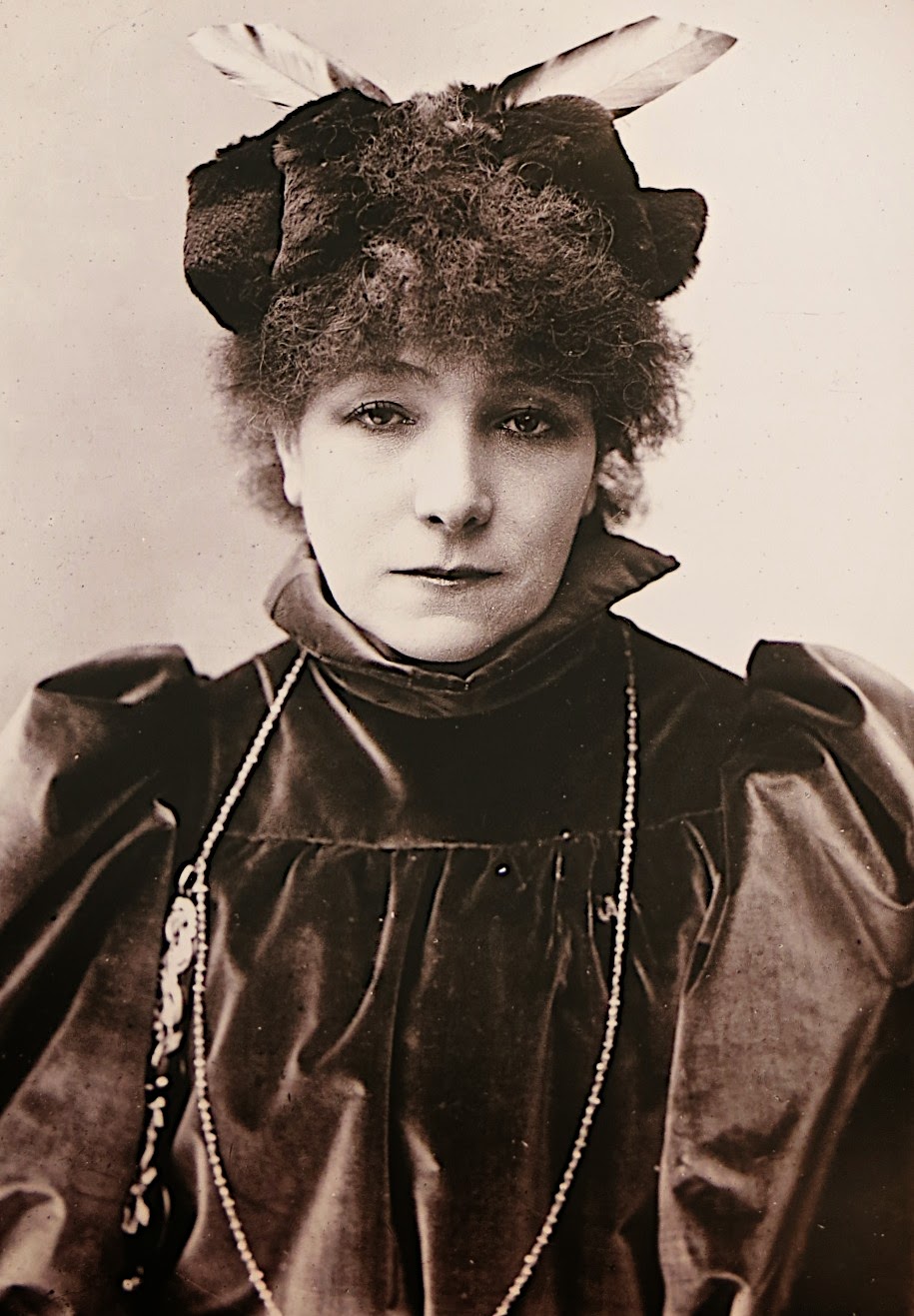 Technically this portrait of the French stage and film actress
Sarah Bernhardt was not hidden, but it would be easy to overlook
with all there is to see inside and outside the Eiffel Tower. 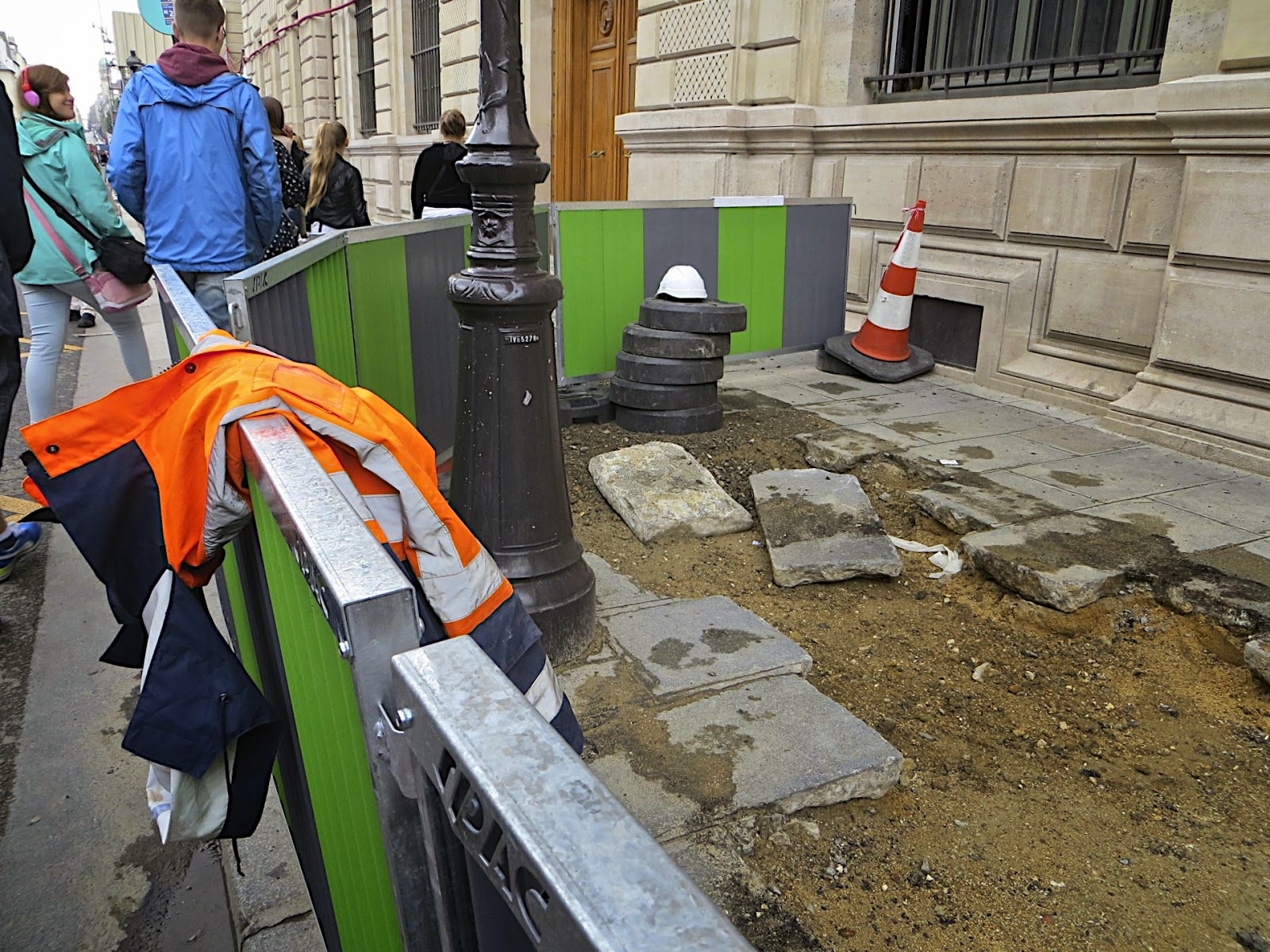 Demolition of a Paris Sidewalk Near Notre Dame Cathedral 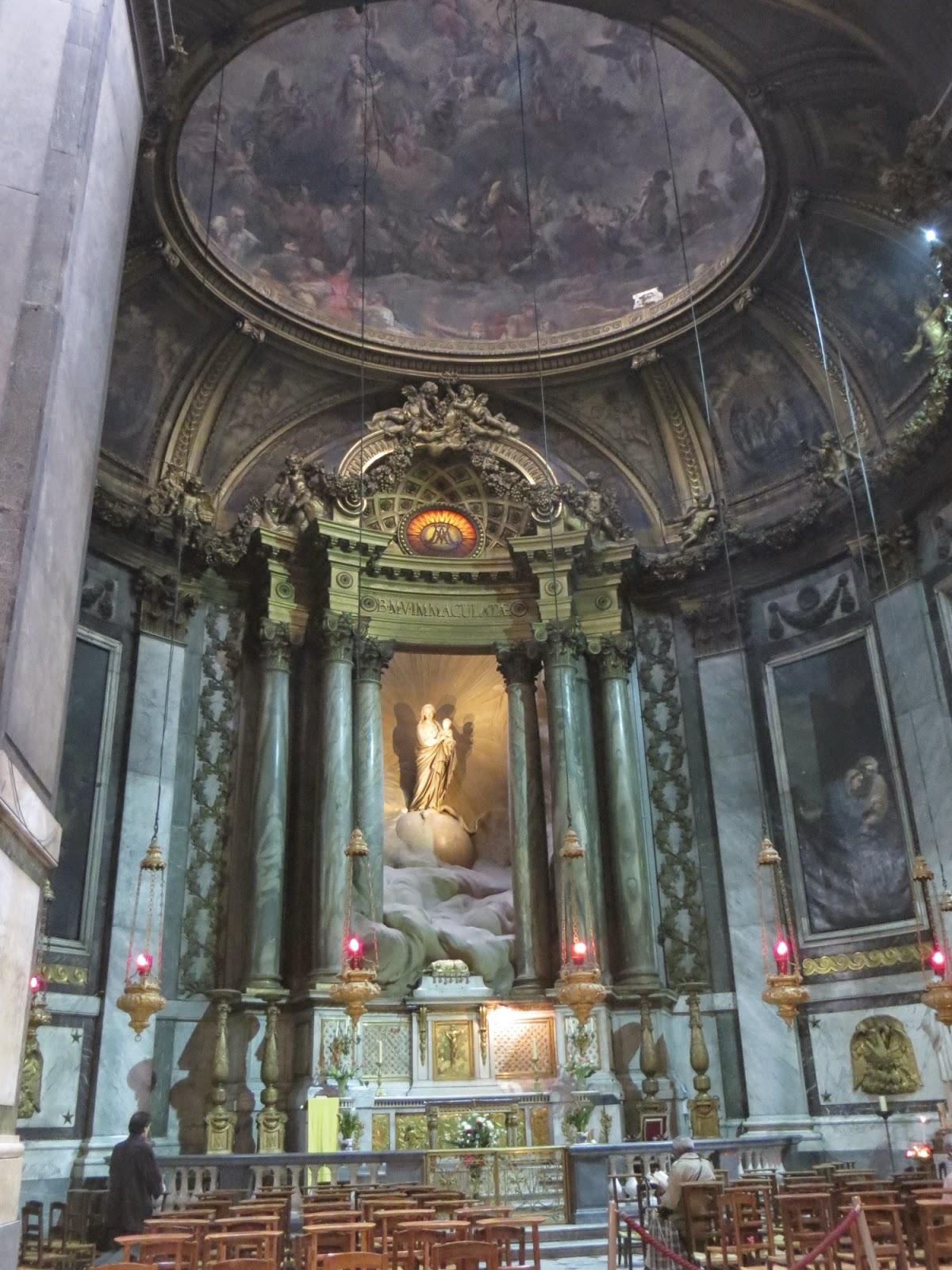 What do you choose for antique in Paris?

I finally settled on this beautiful sculpture of the Virgin and Child
by Jean-Baptist Pigalle.

It is found in the apse of the
Lady Chapel
in Saint Sulpice Church.

Pigalle sculpted this during the restoration of the chapel around 1761.
Source:  eymardianplaces 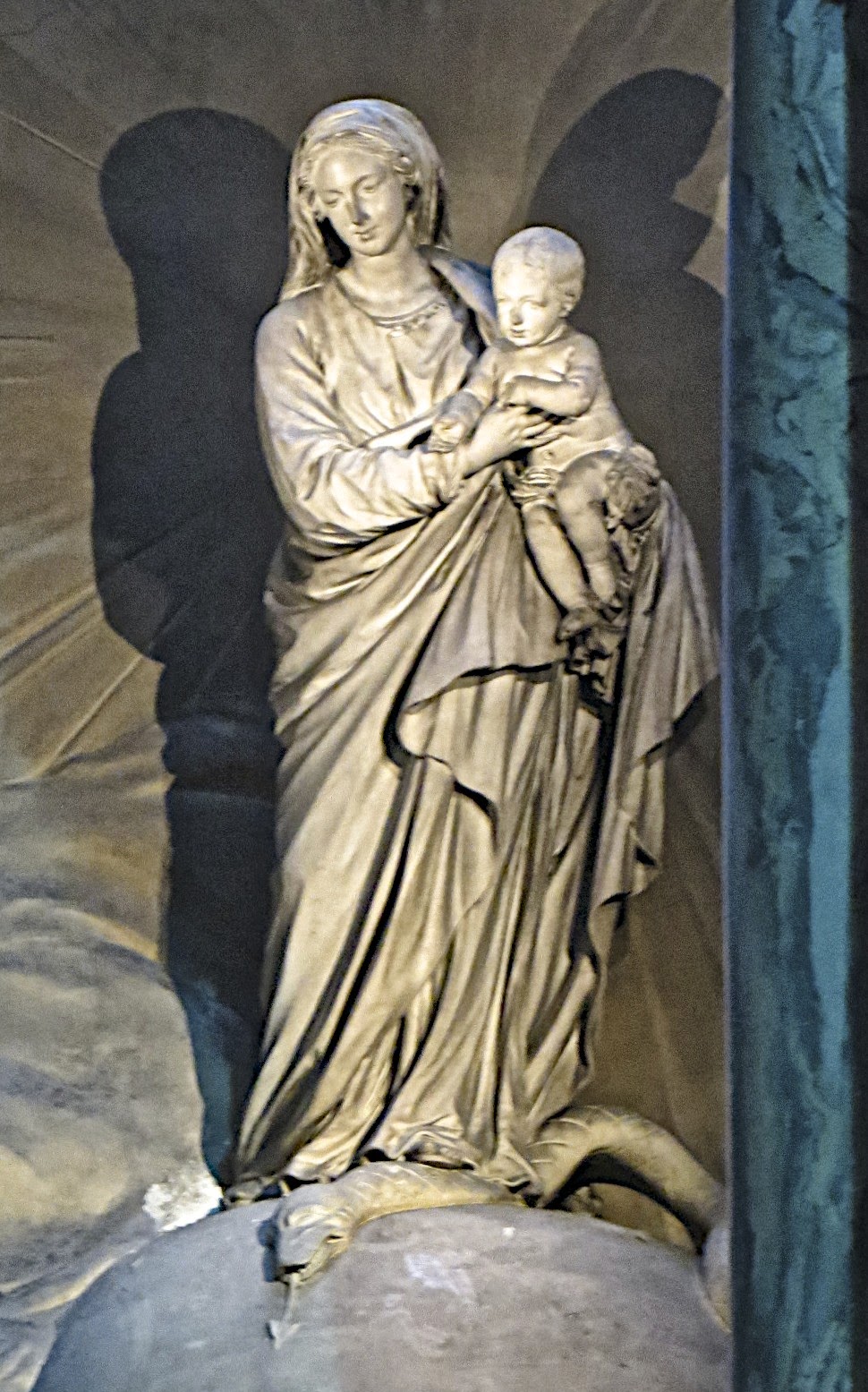 Virgin and Child by Jean-Baptist Pigalle 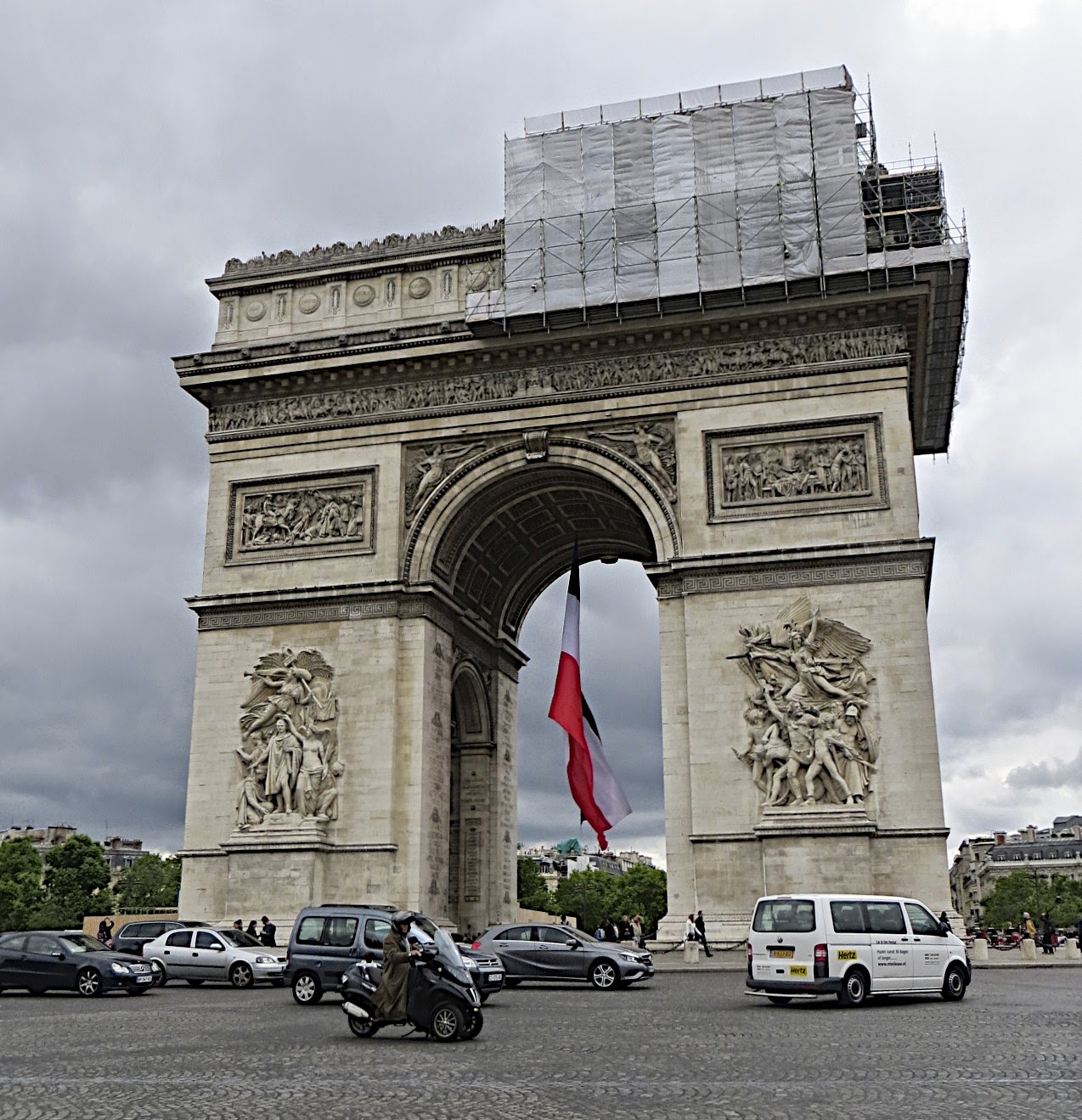 Since every report my third graders did on a European country
had to include the country's flag,
I couldn't end without
the flag of France!


The Arc de Triomphe
and the French Flag 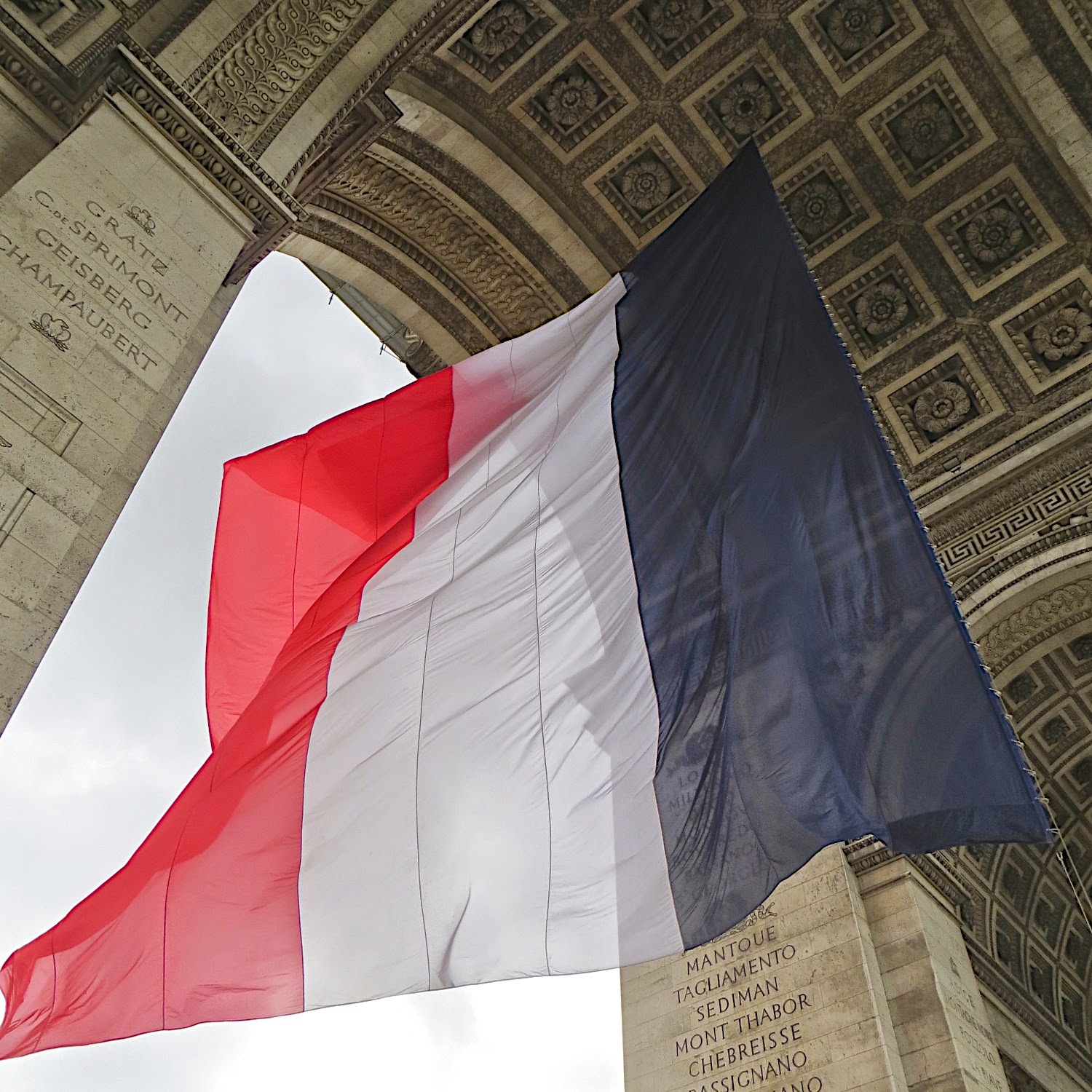