It's Friday, which means
another post about my father's adventures
in the northern bush.

After a week in Lansdowne House,
my father was settling into life
in the tiny and isolated community.

For the most part
things were going well.

Dad had gotten to know
the small group of white people,
settled in with his new roommate
in their two-room cottage,
eased into the Roman Catholic Mission's meal schedule,
and started his school year. 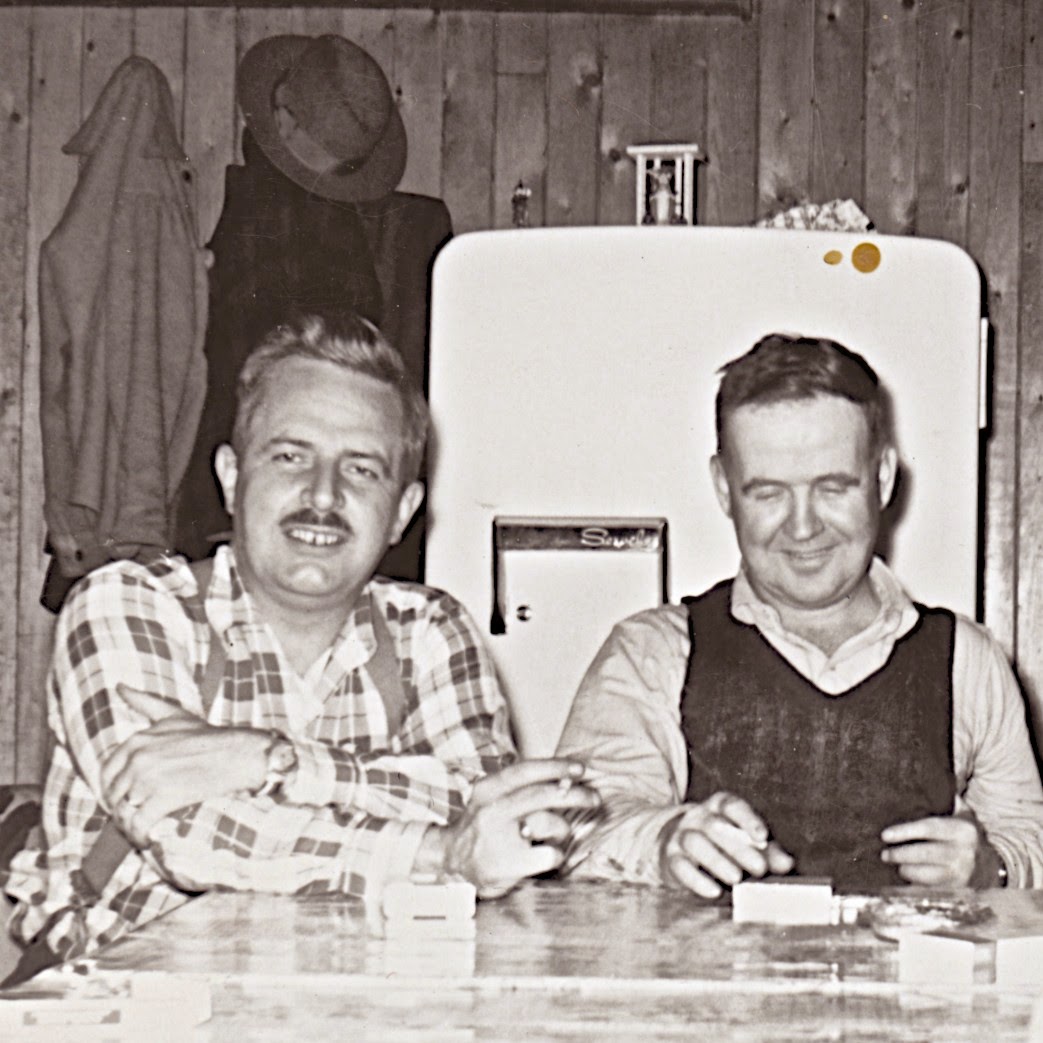 Dad's commuting challenges continued though,
and he wrote of further misadventures
in his Hudson Bay canoe
on Septemeber 21, 1960:

"Well, I finally came to grief on that canoe today.
It was quite rough when I went across to school,
and it was considerably rougher when I came home for dinner.

"After dinner I set out with much apprehension;
and before long, it was justified, and my fears were realized.

"I was blown off course,
and before I knew what was happening,
I was hard aground on this large rock.

"I tried for about ten minutes
to see if I could work it off,
but with no success;
and all the time,
I was in grave danger
of having the canoe upset and throw me in the water.

"The waves were hitting the canoe broadside
and rocking it pretty badly.
I wasn’t too scared though, only cross,
for the water was only up half way between my knees and my hips.

"None of the white people could see me
and come and help me.
Only the Indians on the Island saw me,
and all they did was sit on the bank and laugh like hell." 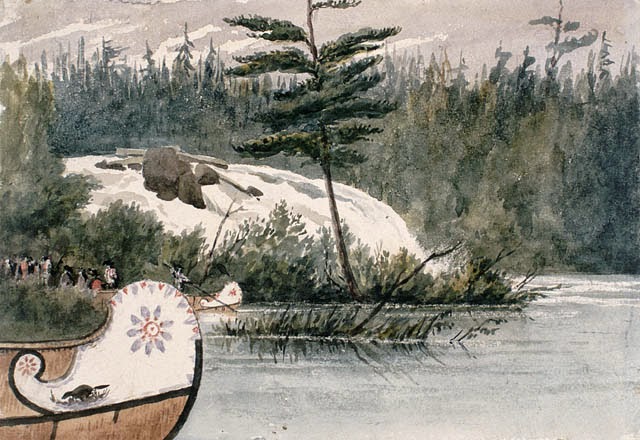 
"Finally, I had to jump over the side of the canoe
and walk ashore dragging my canoe behind me.

"I was wet pretty much to the waist
and had to change all my clothes.

"By the time I got changed
and talked an Indian into taking me across,
(I had had enough of the good thing by this time),
I was about forty-five minutes late for the school.

"However, all my students were waiting for me.
They all knew what had happened to Shemaganish,
and they were getting a great kick out of my discomfiture." 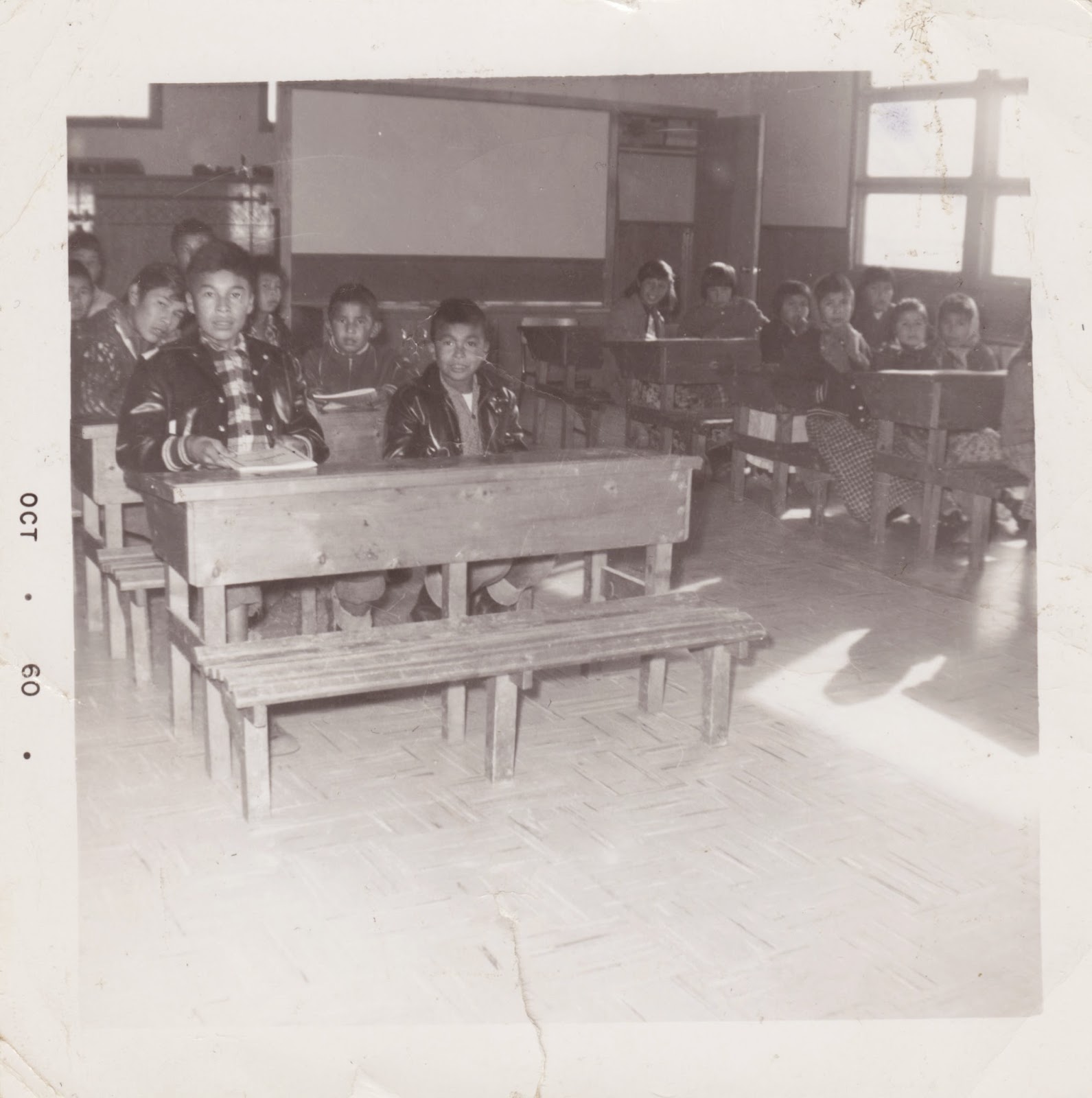 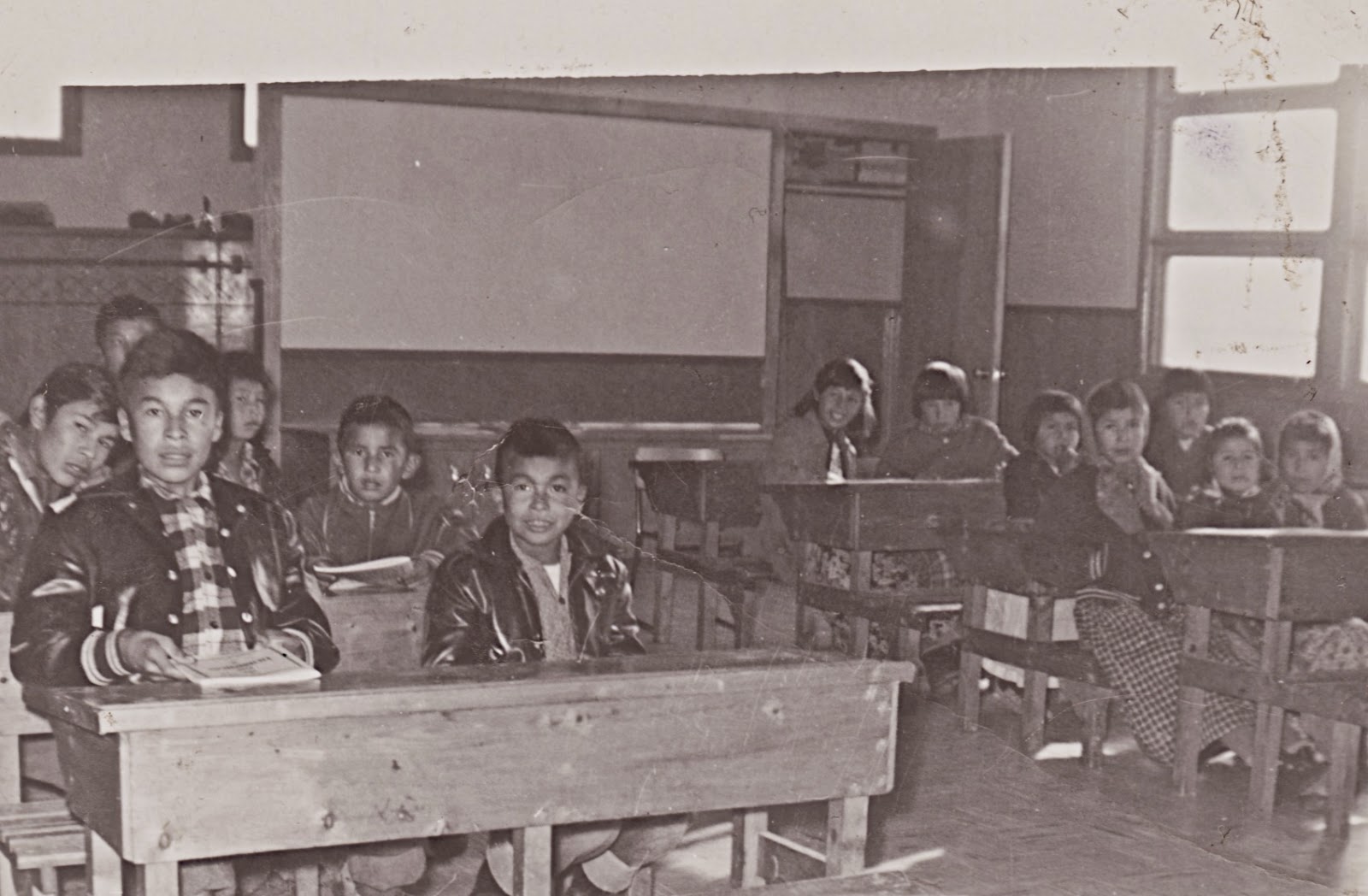 
"Shemaganish is the nickname
that the Indians have hung on me
since I arrived on the Island, and in Lansdowne in general.

"It means "soldier,"
and they named me thusly
because I have been wearing my old Air Force battle dress
after school and on weekends,
and I wear the Air Force winter hat all the time.

"I quite frequently get Kitche Shemaganish
which means “Big Soldier,”
because I am easily the largest man at Lansdowne.

"None of the Indians are very large,
and all of the white men are smaller and/or lighter than I am." 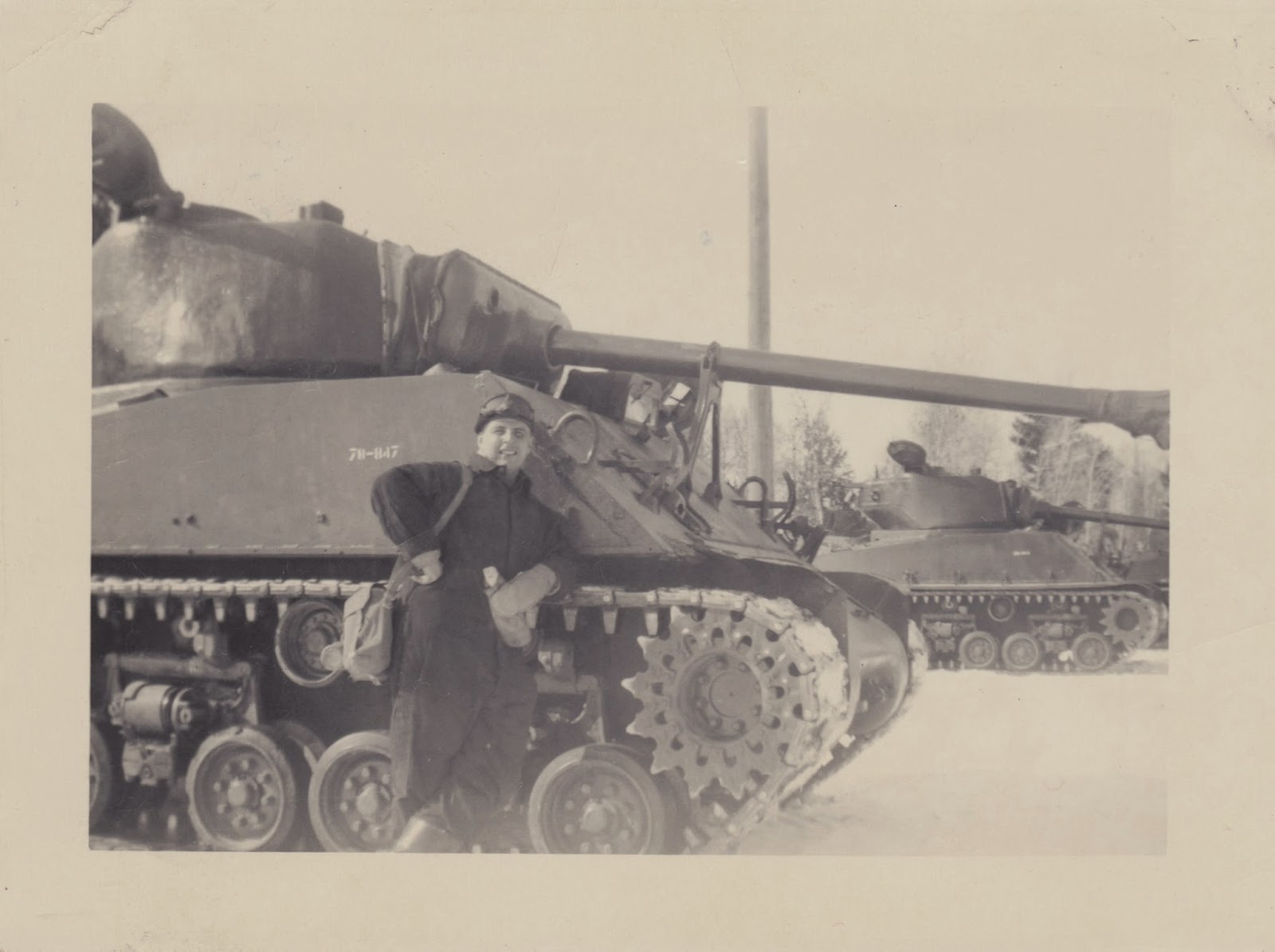 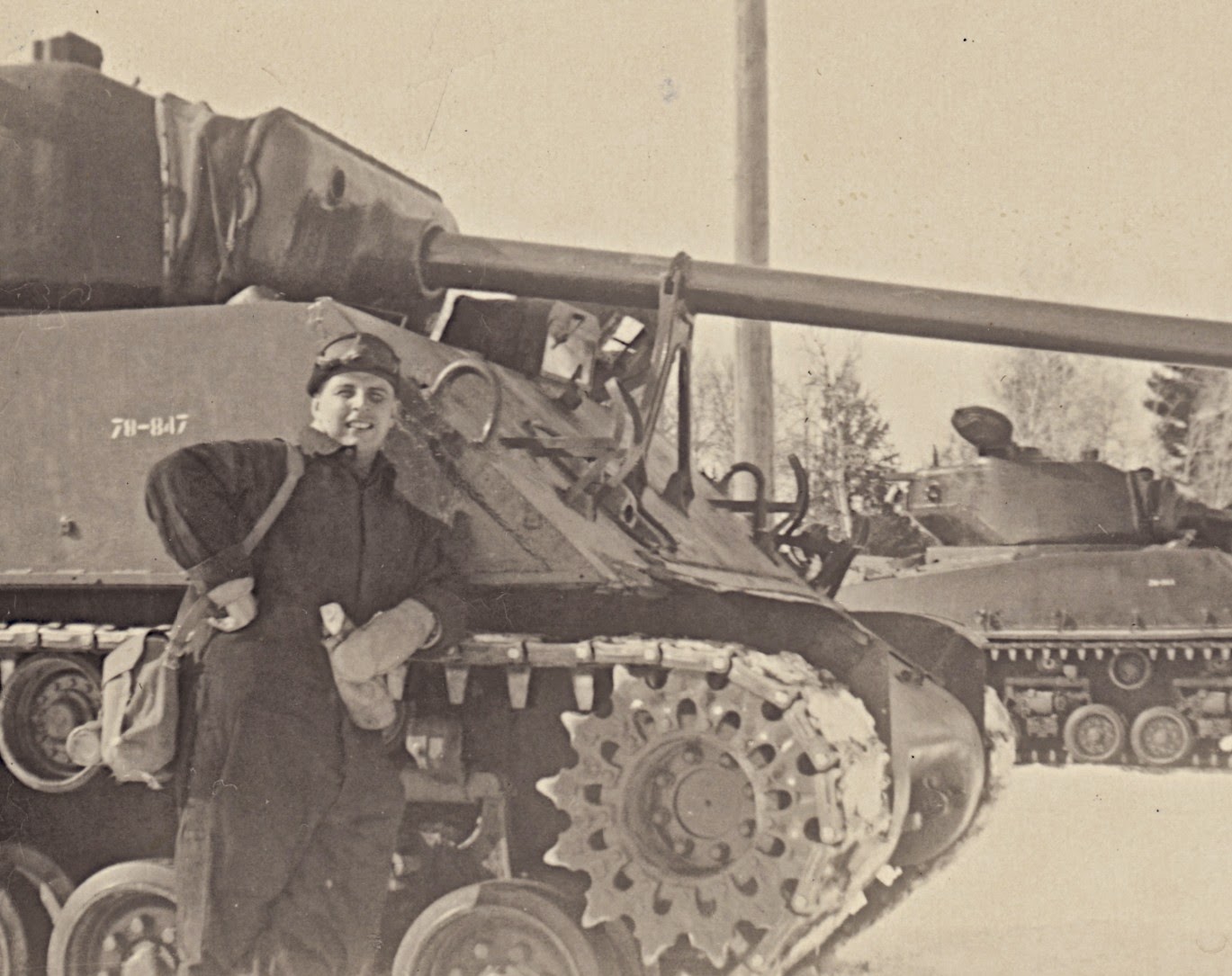 
My father's Ojibway lessons with Father Ouimet continued.
I find his choice of words to learn funny.

Dad wrote in the same letter:
"Incidentally, I have been learning some more
of the Ojibway tongue from the Father.
Here are the new words that I have learned: 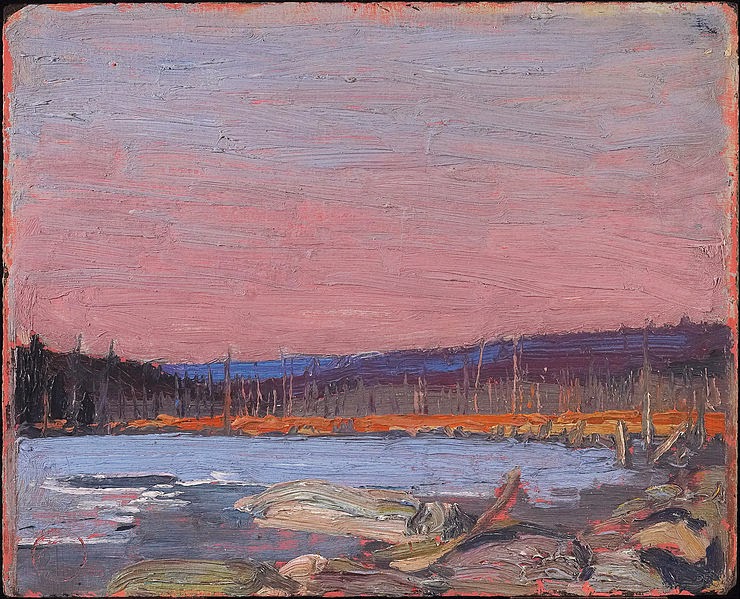