In the fall of 1963,
I entered Grade Eight
in Wolfville, Nova Scotia.

And among my many new friends
was an irrepressible bundle
of zany fun and energy,
the one and only Ronnie. 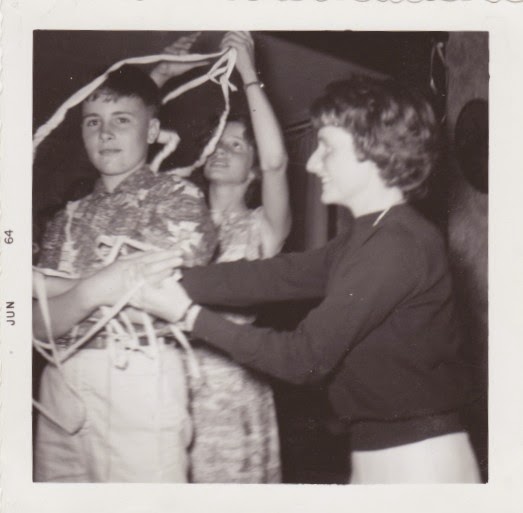 Always in the thick of things,
Ron was the life of every party.

Need I say that he was a popular
member of "Our Gang"? 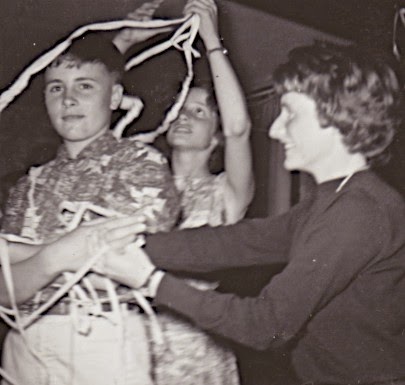 Ron Tangled up with Renee and Mary

Here are a few more photos
from Ron's teenaged past: 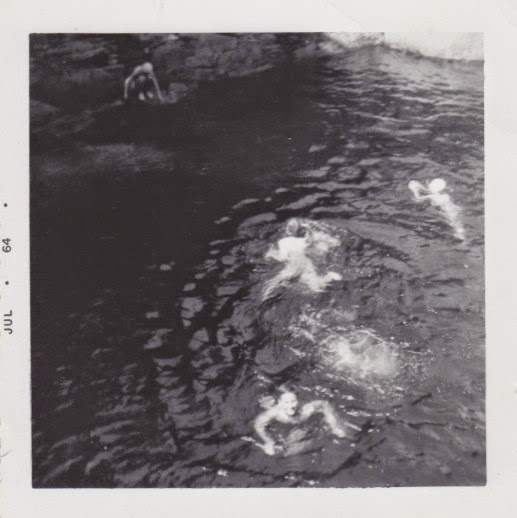 Swimming at the Three Pools
was a favorite activity of ours,
especially after the long, hot
bike ride and hike to get there.

This photo was taken in
the early summer of 1964. 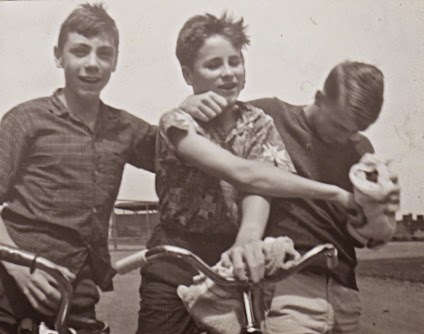 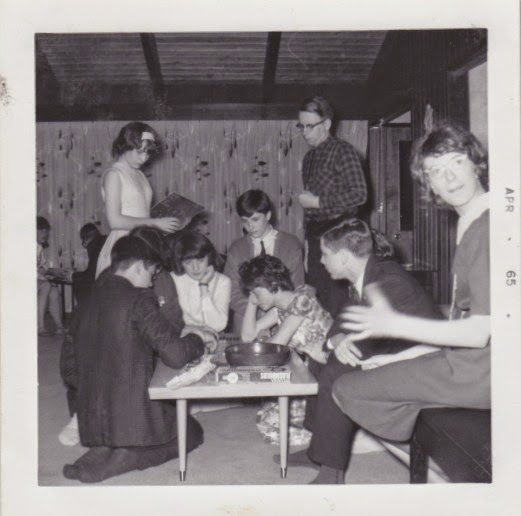 We had a lot of parties
at various homes!
Beside dancing and eating,
we had intense checkers
and chess games.

And look how dressed-up we were!
Ron styling as always! 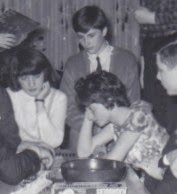 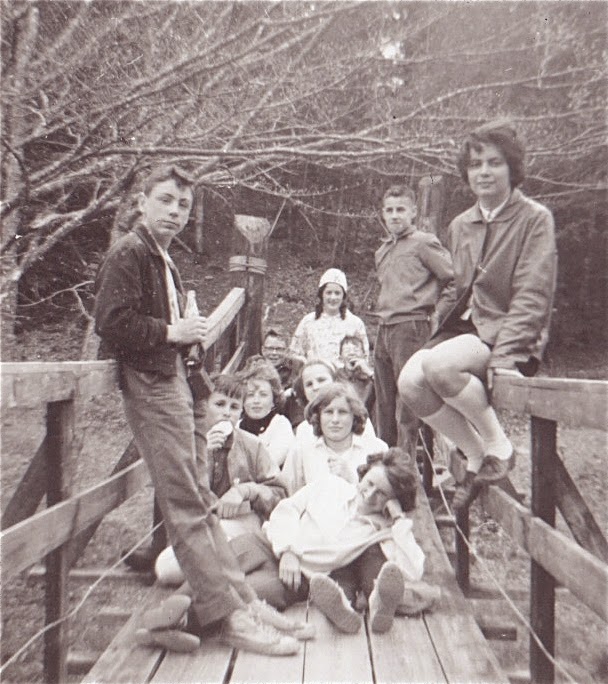 Our Gang at the Swinging Bridge
~ at least some of us!


I moved a lot,
and I only lived in Wolfville that one year,
until I returned as a Freshette at Acadia University
in the fall of 1967.

Ron and I had summer jobs at Acadia's library
in the summer of 1968 ~
when I was too poor to take photos,
let alone develop them!
He was still cute, still styling, and still
a bundle of energy and fun.

We ended up in two countries
on opposite sides of the continent,
but I never forgot him.

And thanks to computers and the internet,
we reconnected over two years ago!
It was the reset of a great friendship.

And then, last summer, we met in person again! 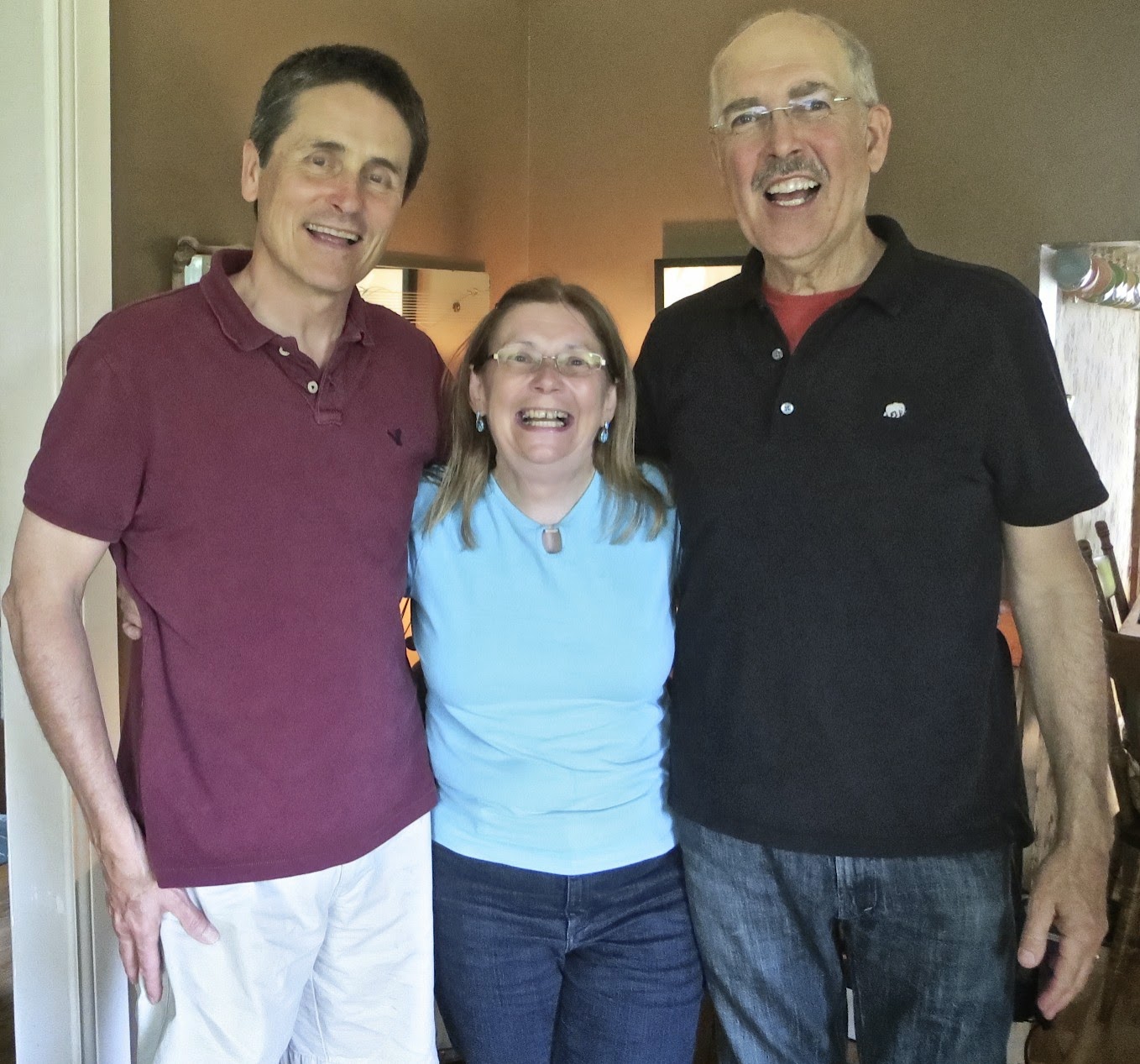 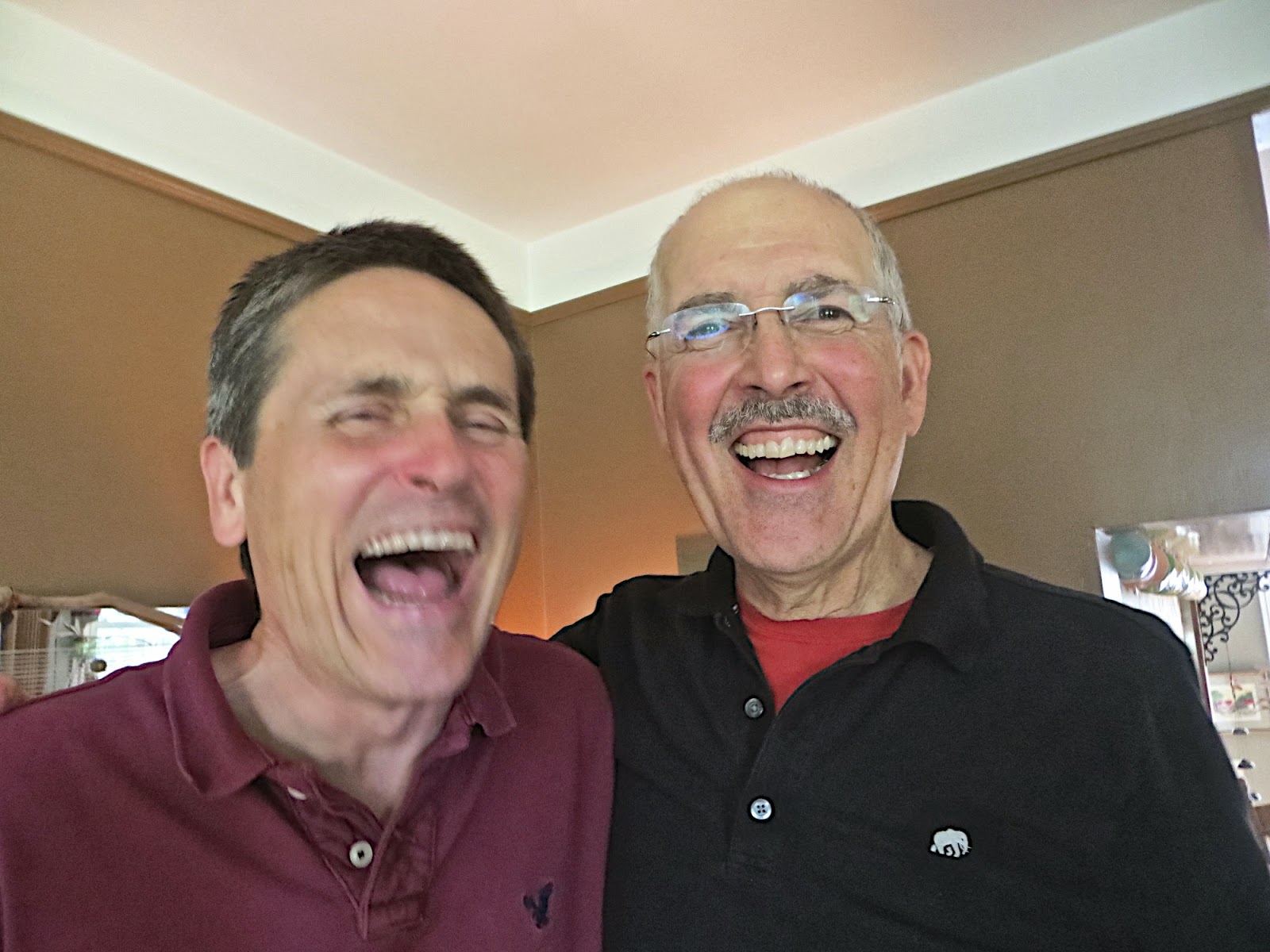 Wishing you
the best of birthdays,
and many more,
my friend!
Can't wait to see you
again next summer! 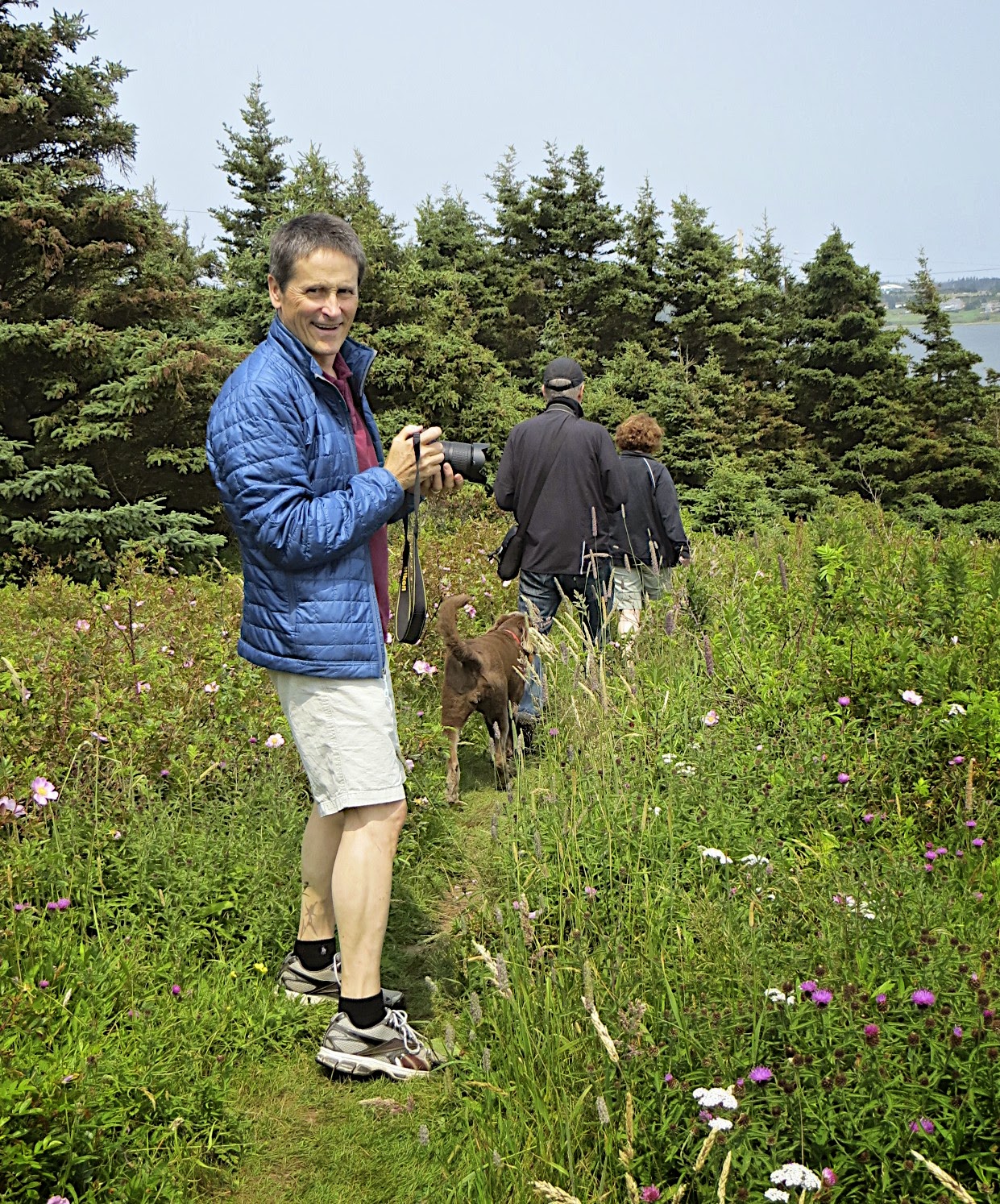 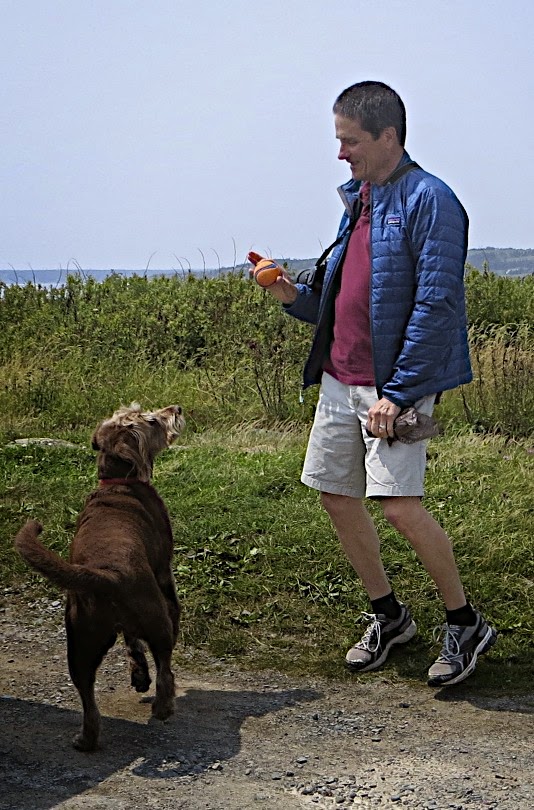 Oppsies!  When I first posted this, I forgot to add a link
to Ron's awesome blog:  From Sophie's View

It features the equally one and only Ms. Sophie Doodle!
Ron is the person who pushed me into blogging! 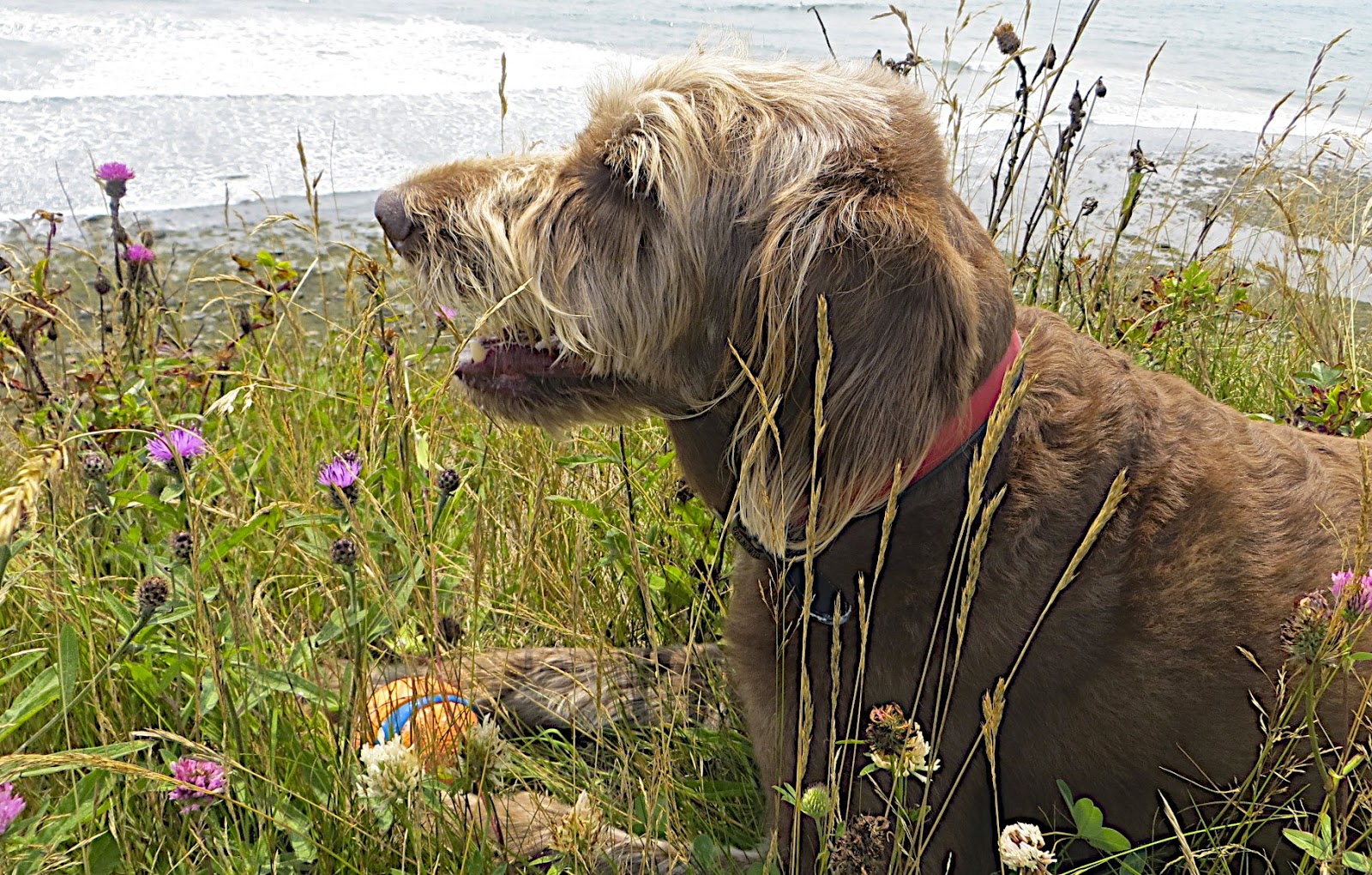