The Lansdowne Letters: Lessons in Ojibway

When my father
arrived in Lansdowne House
to teach in the fall of 1960,
he began studying the Ojibway language
almost immediately. 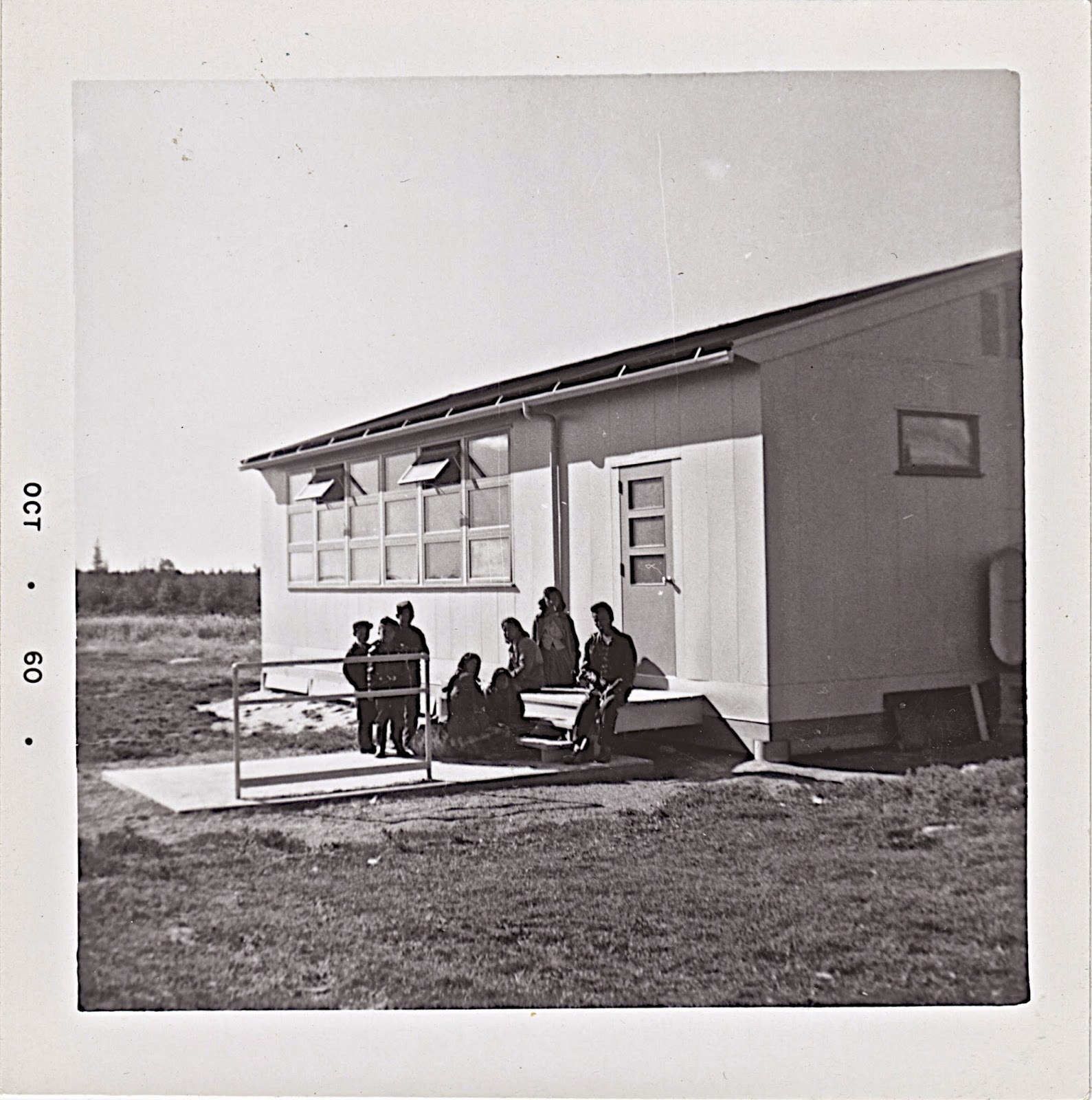 He could not have had a better teacher
than Father Maurice Ouimet.

Father Ouimet was a French Canadian priest
of the Missionary Oblates of Mary Immaculate.
He devoted a selfless thirty-seven years
to working among the Indians of Lansdowne House.

Passionate about promoting literacy among the Indians,
Father Ouimet spent time teaching them
to write Ojibway in Syllabics. 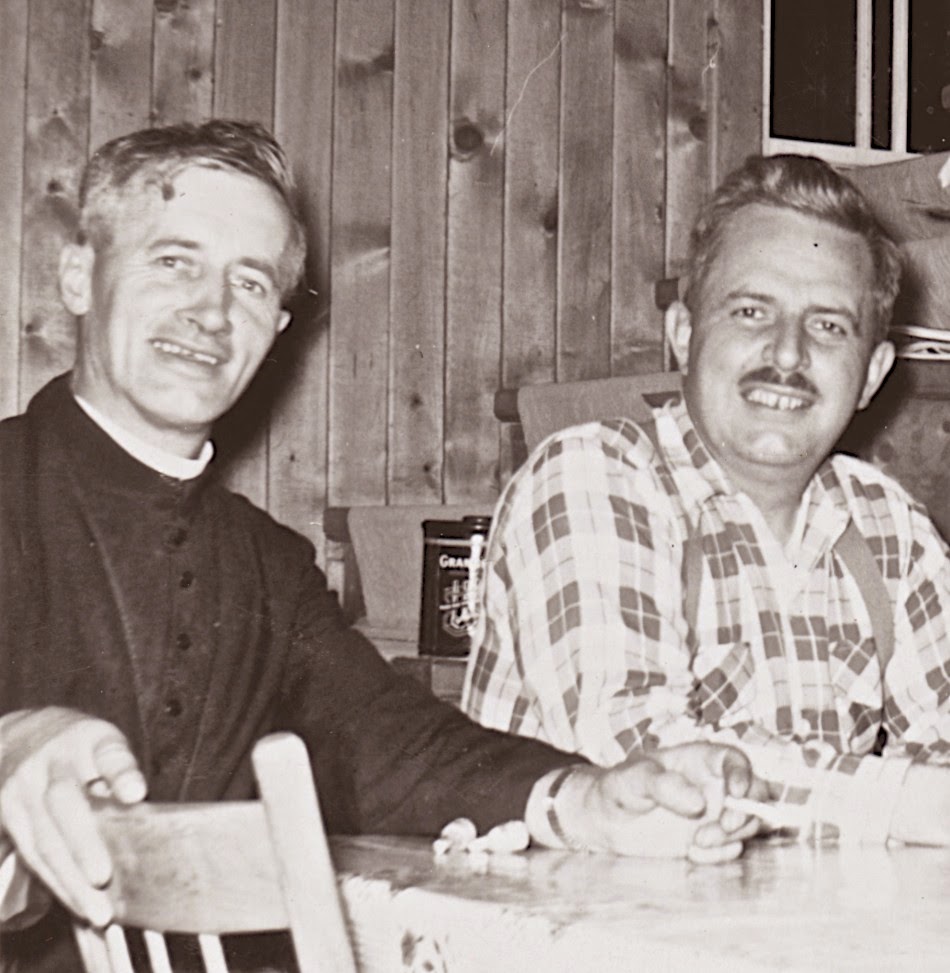 An English missionary James Evans developed Syllabics
when he worked among the Swampy Cree and Ojibwe
in Northern Ontario and Manitoba in the 1830s and 1840s.

Father Ouimet gave weekly
language lessons to my father,
mostly by writing Ojibway phonetically
using the English alphabet,
but he also taught my father
some of the Ojibway words using Syllabics. 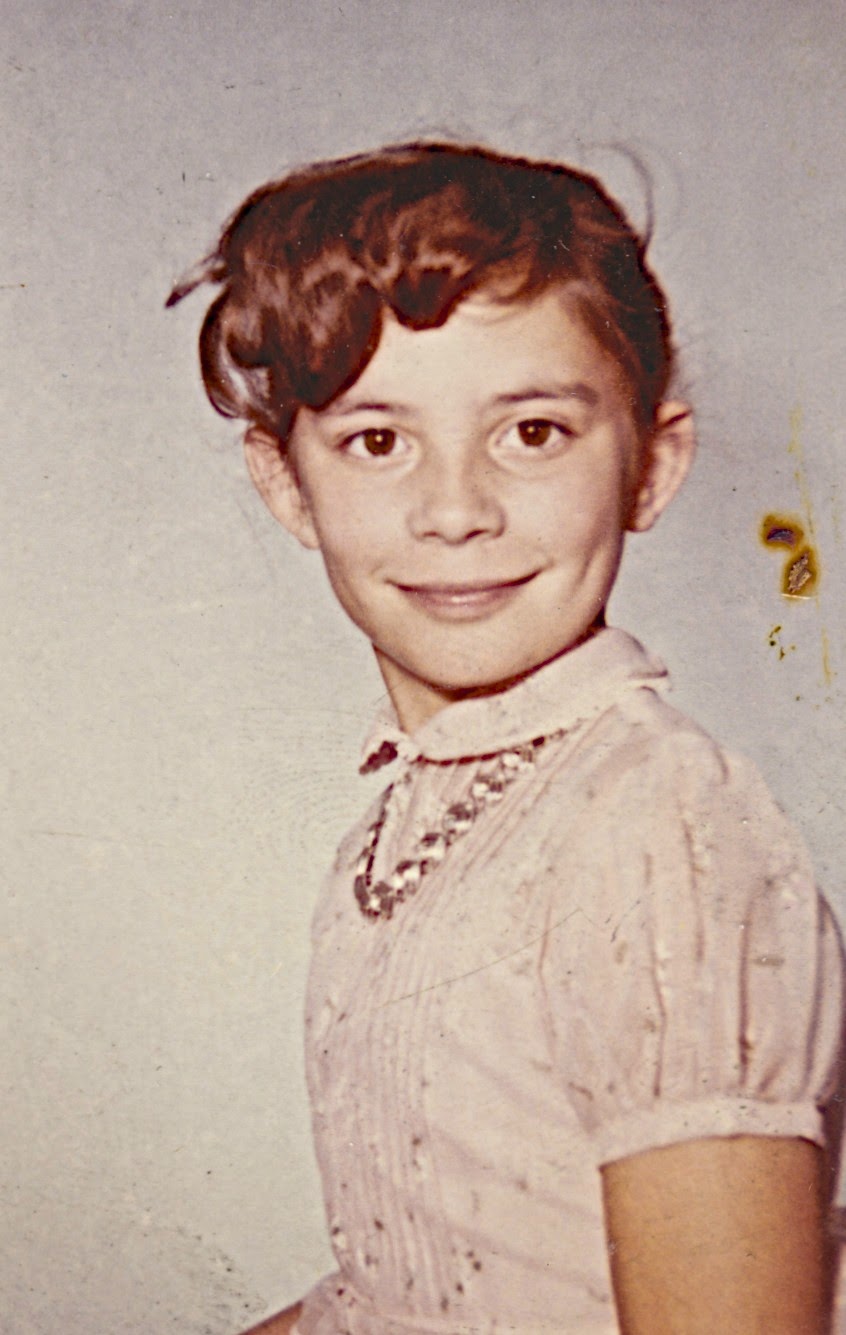 On Wednesday, September 28, 1960,
my father wrote:
I had another session with the Father
in an effort to learn some more of the Ojibway language.

I will be letting you know
what words I learned in a few moments;
but first, permit me
a short dissertation on the language.

The first thing you have to realize is
that there is no alphabet in Ojibway.
The language is written in Syllabics
which is a form of hieroglyphics,
and the words that I write to you
are just the Indian sounds
translated phonetically into English.

It is an effort by the white man
to try to fit his alphabet into a language
that has no alphabet of its own.

Another thing to remember
is that all the English sounds
aren’t present in Ojibway.

For instance there are no “r” or “l” sounds,
both sounds becoming n in Ojibway.

Consequently, the name “Roland,” when translated,
becomes Nonant, and “Roy” would be Noy. 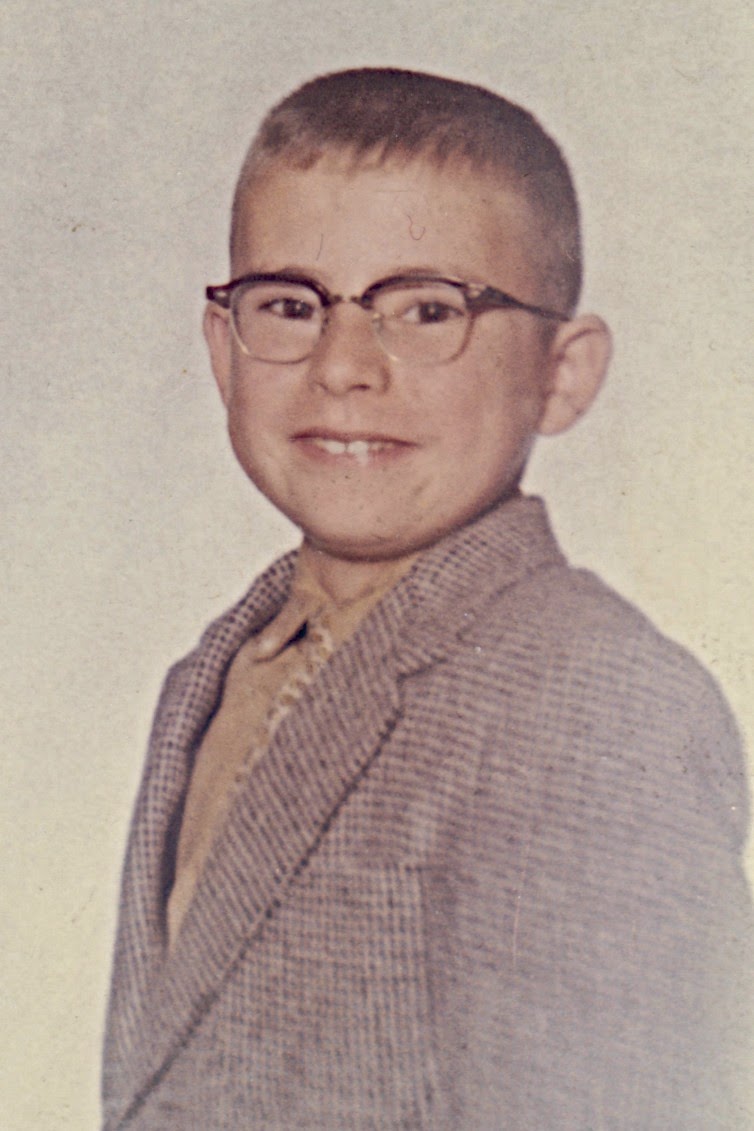 However, the Indians are starting to use
all the linguistic sounds of the white man.
It is only when they try to write these sounds
into Syllabics that they have trouble.

My name translated into Syllabics becomes Tonant.
Well, here are the new words:

Your name in syllabics, Sara, would be Sana;
and yours, Mother, Myrtle that is, would be Myntne.

Nouise with Nopenta Anne
Finding Bertie and me apart is a challenge.
© M. Louise (MacBeath) Barbour/Fundy Blue
All Rights Reserved 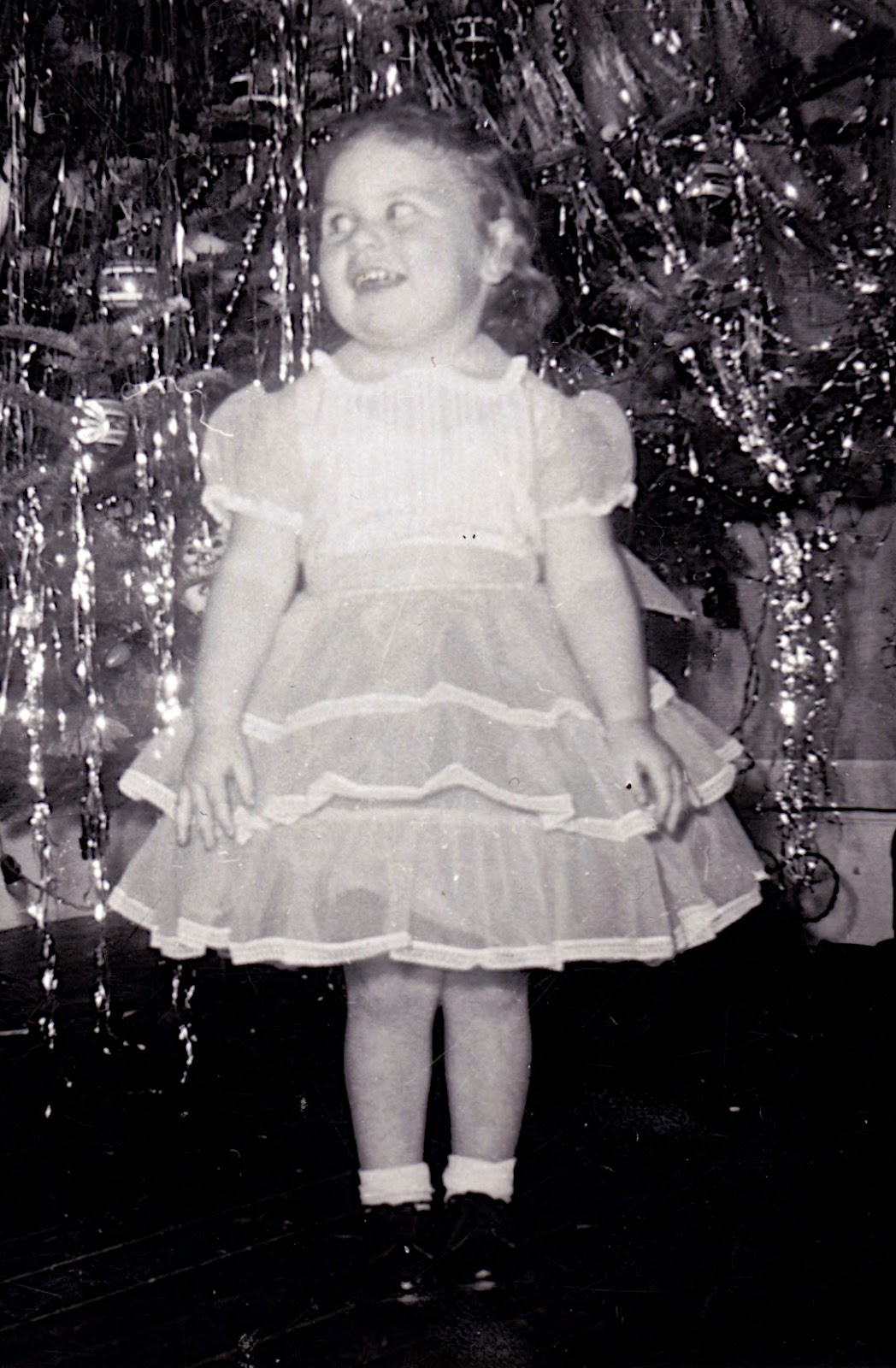 Below my signature,
I am going to type two English words,
then the same two in phonetic Ojibway,
and then the same word in Syllabics.
By the way, Ojibway translated
into Syllabics
becomes Ojipway.

On Thursday, September 29, 1960,
my father added:
I didn’t forget Donnie
when I was giving you all the names in Ojibway.

It is just that I figured
that you could figure her name
from my name and yours Sara;
then I got thinking that
the poor little dear might feel slighted
if she didn’t see her name, which would be Sana Tonanta. 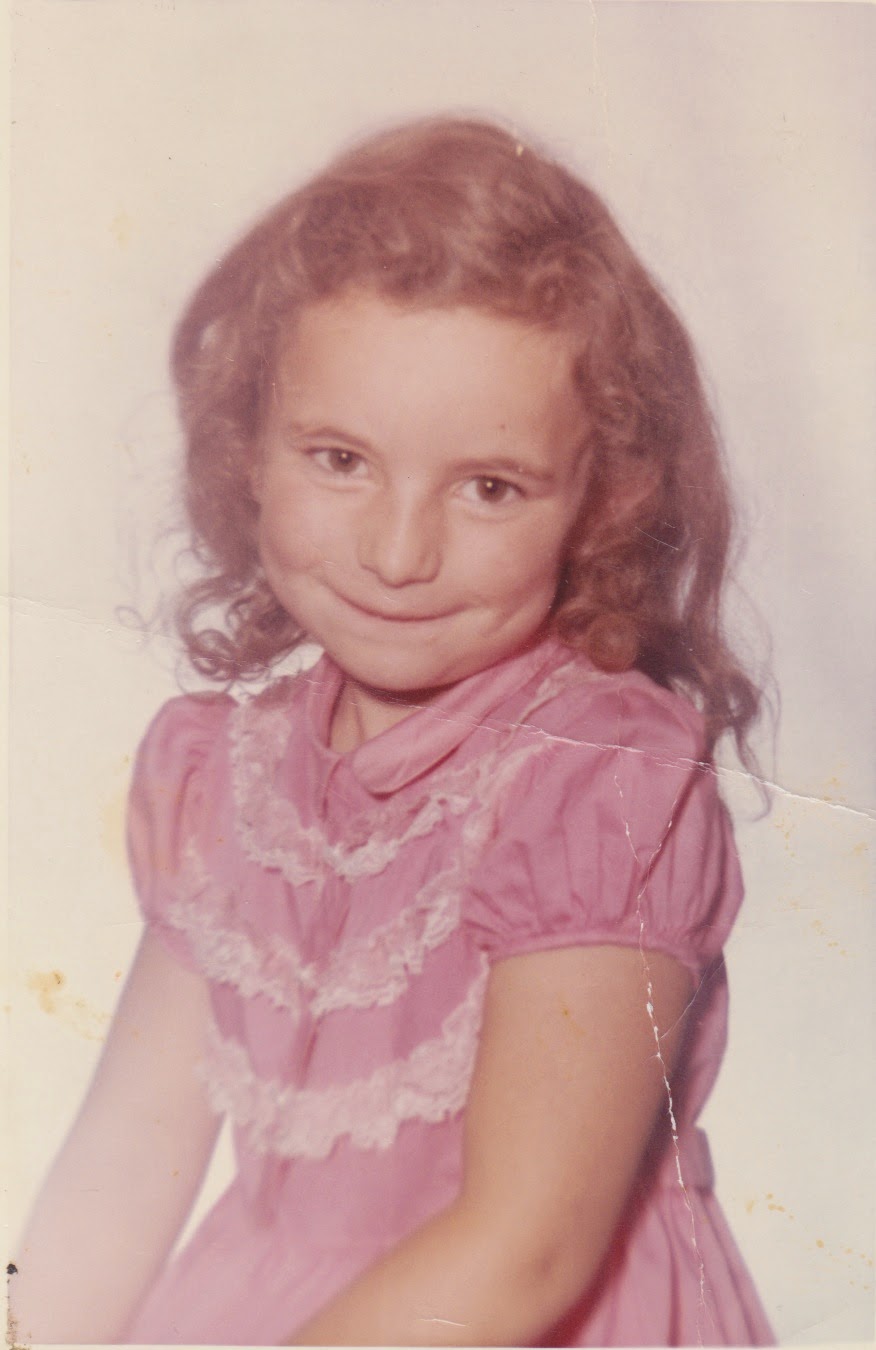 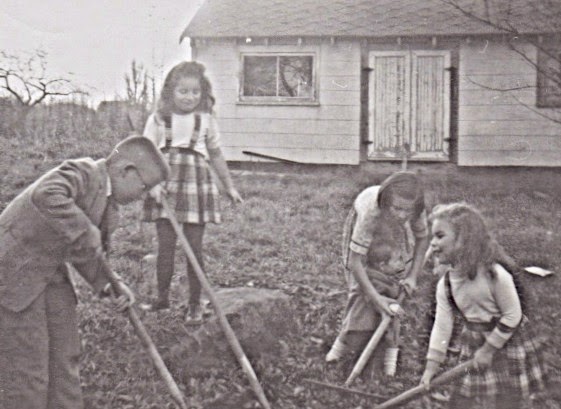