The Lansdowne Letters: To the Rescue


Everyone at home in Nova Scotia
and Prince Edward Island
eagerly awaited my father's northern letters,
and they were passed among
our extended family and friends to enjoy.

As we read his letters, we shared his adventures
of life in the northern bush,
and we came to know the unforgettable people
who lived with him in remote Lansdowne House.

Brother Raoul Bernier was one of these,
an Oblate brother in a religious order
called the Missionary Oblates of Mary Immaculate.
He and Father Maurice Ouimet dedicated their lives
to working among the Indians in northern Ontario.

Short, red-haired, and very French,
Brother Bernier was seemingly here, there,
and everywhere in the tiny community,
always quick to help or to join in the fun,
despite his difficulty conversing in English. 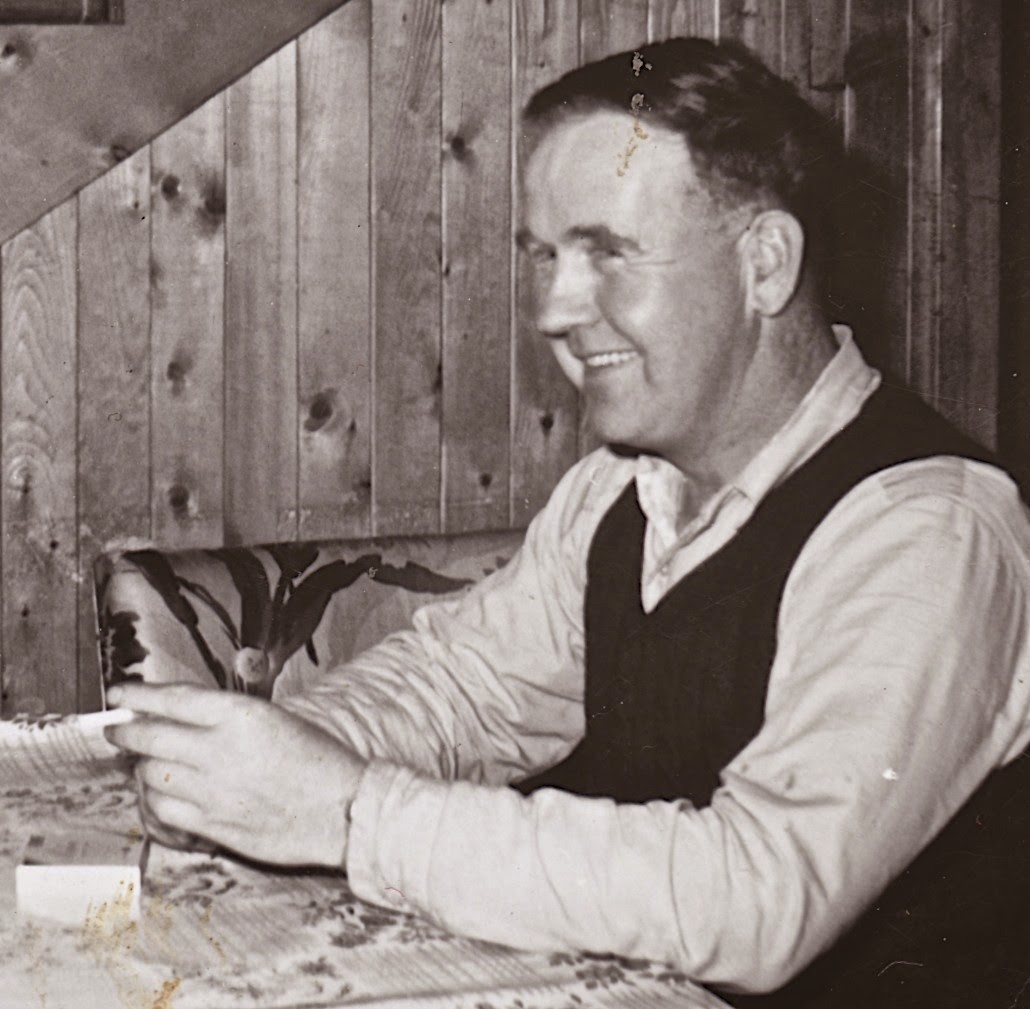 "Well the Brother and I had lots of excitement today,
and I discovered that I am not
the worst canoeist at Lansdowne House.

I was over to the mainland twice before noon.
There was a terrific sea running,
but I got over and back twice without too much trouble.

And my canoe is very small as canoes go.
It is only about twelve or thirteen feet long and very light. 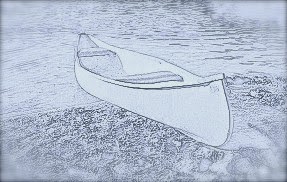 Miss Margaret Kelly came over to Mass
in her big, twenty-foot modified freighter canoe
with a ten-horse outboard on it.
Miss Kelly is the nurse at the nursing station.

Well, after Mass, the wind and the sea
were both much stronger than at eleven o’clock,
and Margaret had considerable trouble launching her canoe.

The water is quite shallow off the island,
and you have to pole a boat out
about ten or twelve yards
before you can use a kicker
(Lansdowne terminology for outboard).

In the process of poling out to deep water,
Margaret managed to get broadside to the waves
and get her canoe about a quarter full of water
before she got it straightened out again.
This made it sit much lower in the water than usual.

This, coupled with the fact
that she was sitting in the stern
and is quite a large girl,
left only about three inches of freeboard
at the stern of the canoe.

To further compound her troubles,
Margaret then started her kicker
and attempted to back out into deeper water
before she turned the canoe.
This maneuver was attempted against very heavy waves. 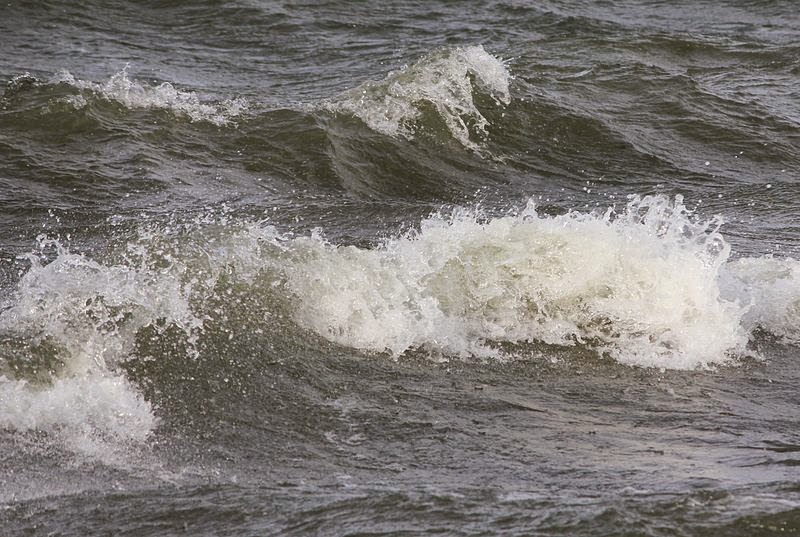 Suddenly, a large wave
washed over the stern of her canoe,
drowning out her kicker
and half swamping her canoe.

Immediately her canoe lost seaway
and drifted aground on the rocks
where I had gotten into trouble earlier.
She was having a real wet time of it.

I noticed her from my window
shortly after she went aground on the rocks. 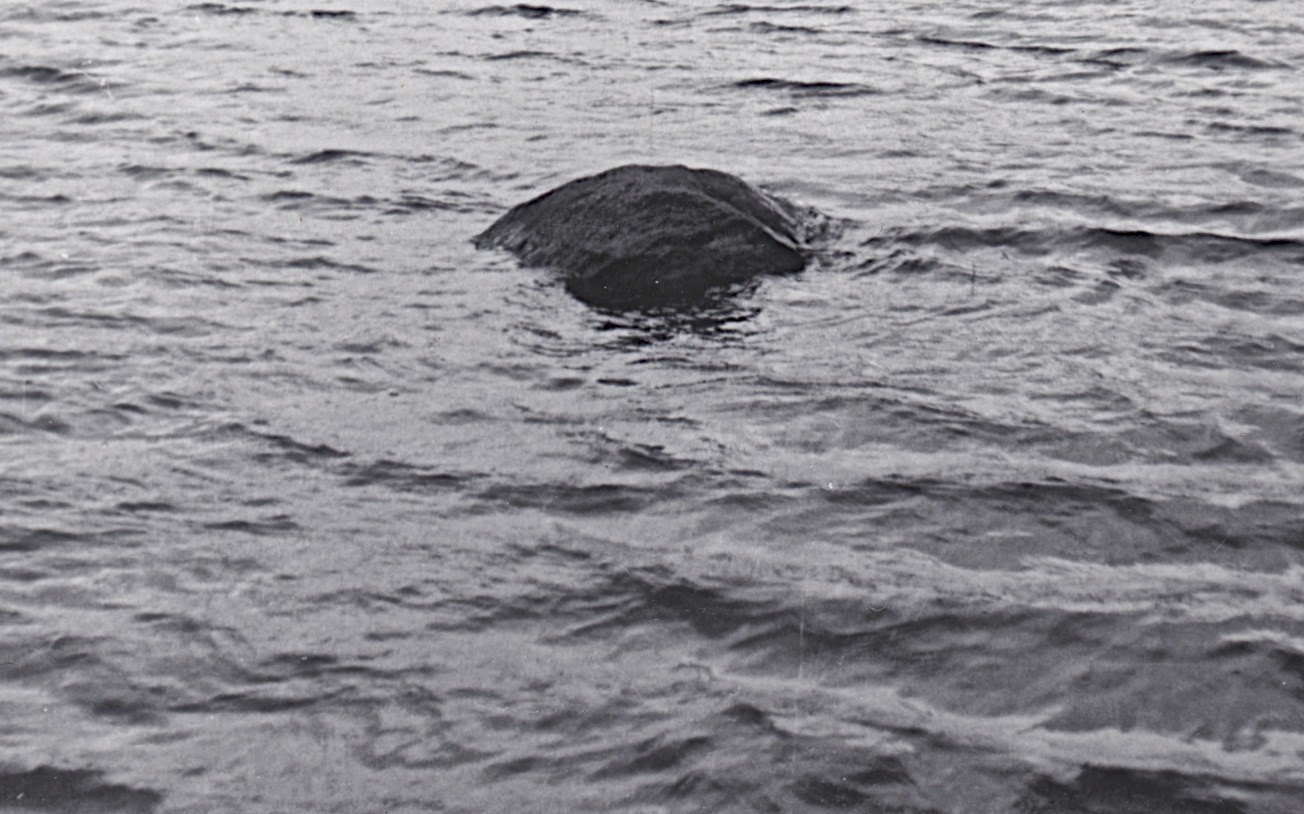 I rushed down to the beach
and arrived at the same time
as the Brother who saw her from church.

We launched my canoe,
went out and towed her off the rocks,
and got her back to shore again.

We dried out her motor and drained her canoe.
The Brother got in the canoe with her and took her home.
I followed in my canoe to bring the Brother back.

On the way back I got into the prow,
and the Brother got into the stern,
because when two men are in the canoe,
the most experienced man usually gets in the stern,
unless you are shooting white water
when the positions are reversed.

I was paddling like hell
to keep the front of the canoe
from swinging around
and getting broadside to the waves.

And I guess I was kicking up quite a spray with my paddle.
Most of it was going on the Brother.

I guess he was complaining most of the way across,
but I didn’t hear him because of the wind. 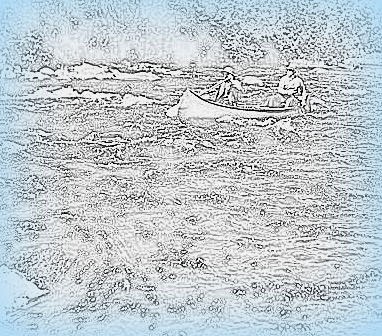 When we arrived back on land,
and I looked at the poor Brother,
his left side was soaked from the waist up.

I said, “What happened to you?”

The Brother literally snorted and said,
“By golly, that paddle of yours,
every time she comes out of the water,
a bushel of water lands over the top of me.
By golly, I have to teach you how to paddle
with no splash before we take any more trips.”

I apologized and said that I was just trying
to keep the canoe into the same direction
as the waves were running so we wouldn’t get upset.

The Brother said, “By golly,
I think it is more worse to get wet by pieces
than to get wet all at once.”

We were both pretty well soaked by this time,
so we changed our clothes and went to dinner.

We were about an hour late,
but no one had started dinner.
The Father and Uno were too interested
in watching our efforts from the window of the Father's house. 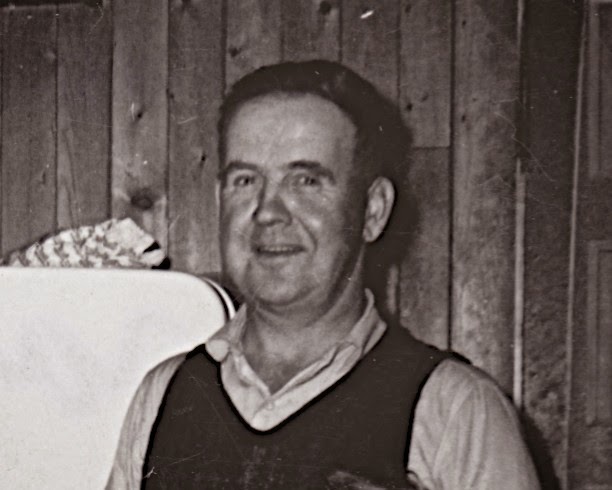 After the Brother
got dried out,
he was no longer disturbed
and admitted
that it was better
to get wet by pieces
than upset in the middle
where the water
is quite deep.
© M. Louise (MacBeath) Barbour/Fundy Blue
All Rights Reserved


However it is only real deep
for about fifty or seventy-five feet,
and if I had to swim for shore,
I could do so with no difficulty.

Margaret was in real difficulties though,
because to quote her, she “swims like a rock.” 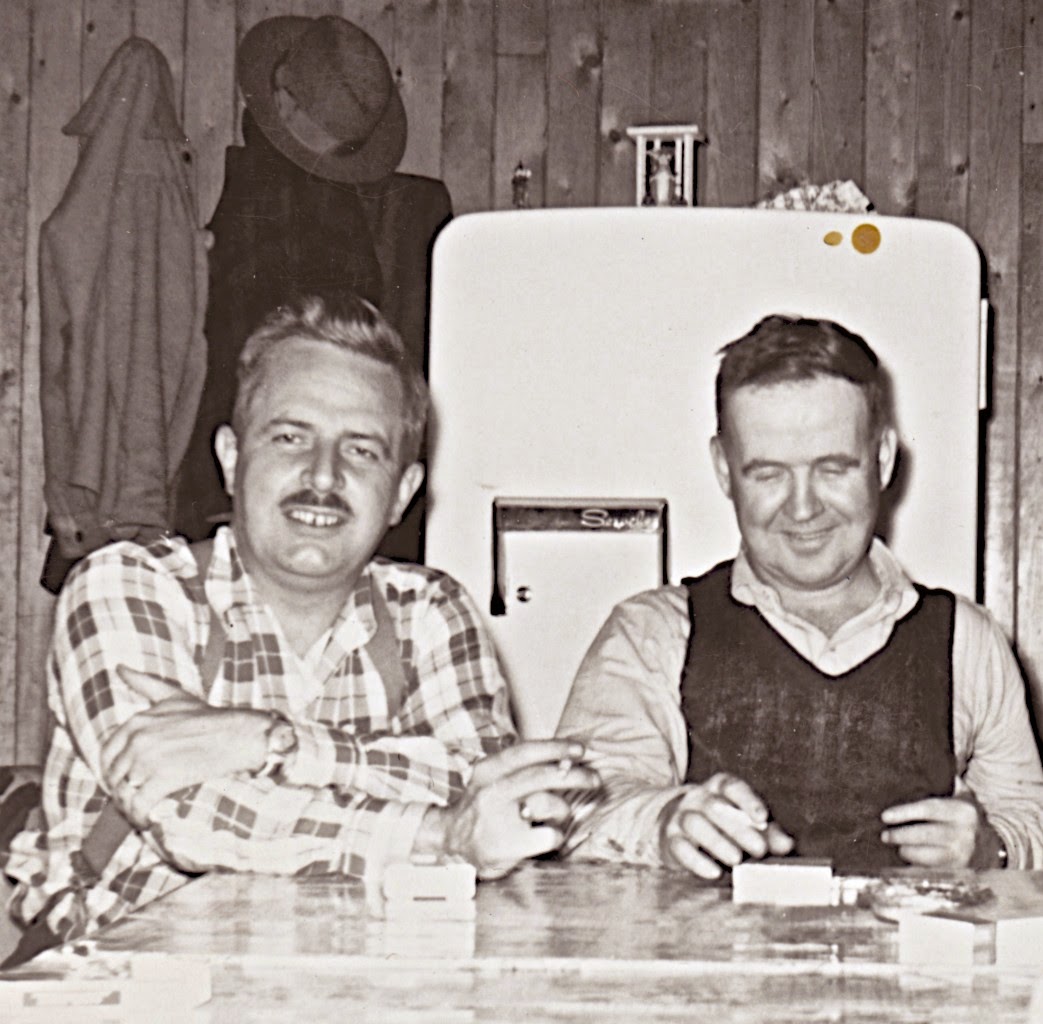 *****
Personal Note:  Starting Saturday,
I will be off-line for the next few days.