I love December!
But this one has been challenging
due to illness ~
so I have had to dip into my archives
and choose some photos from Iceland last June. 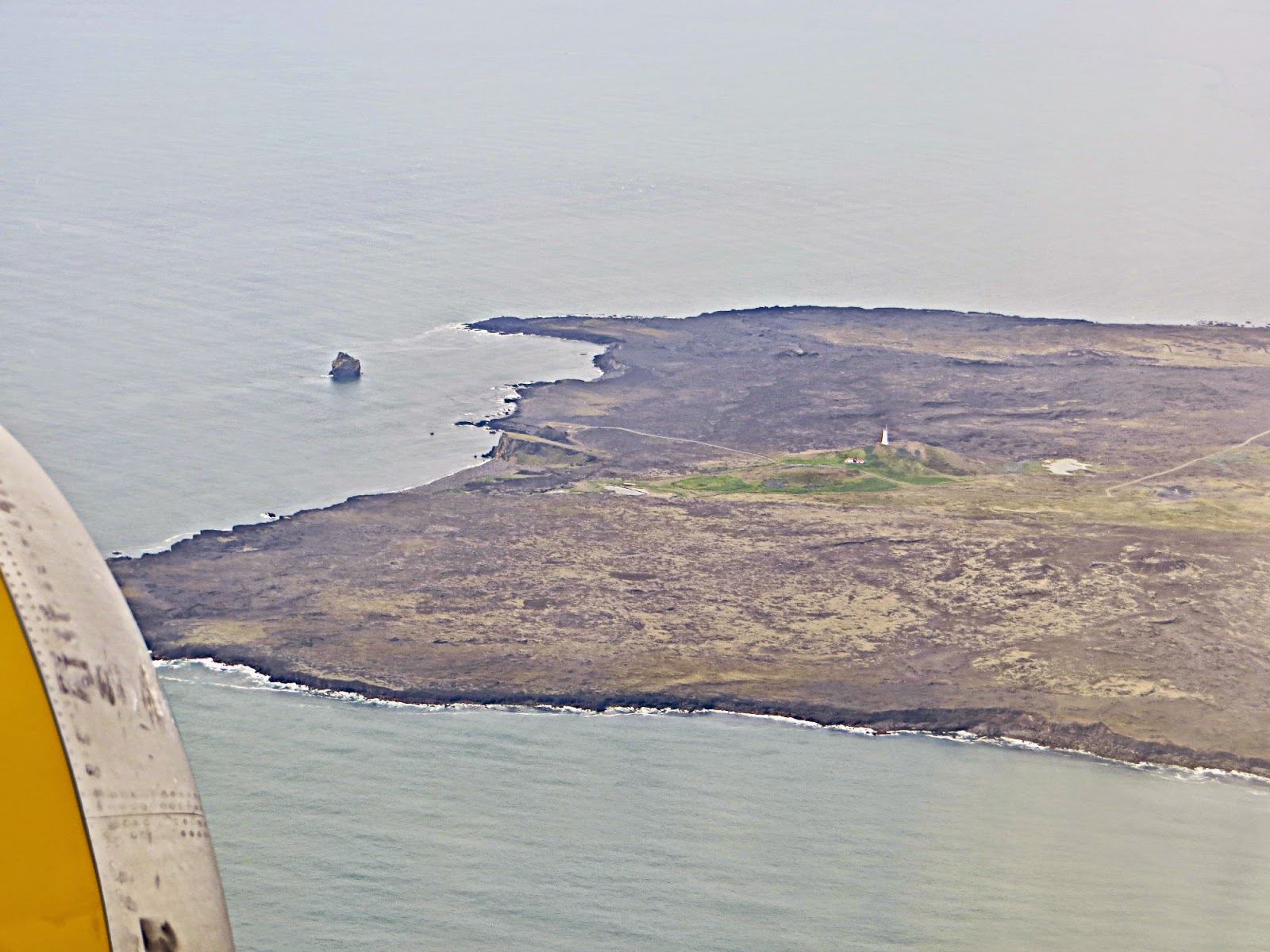 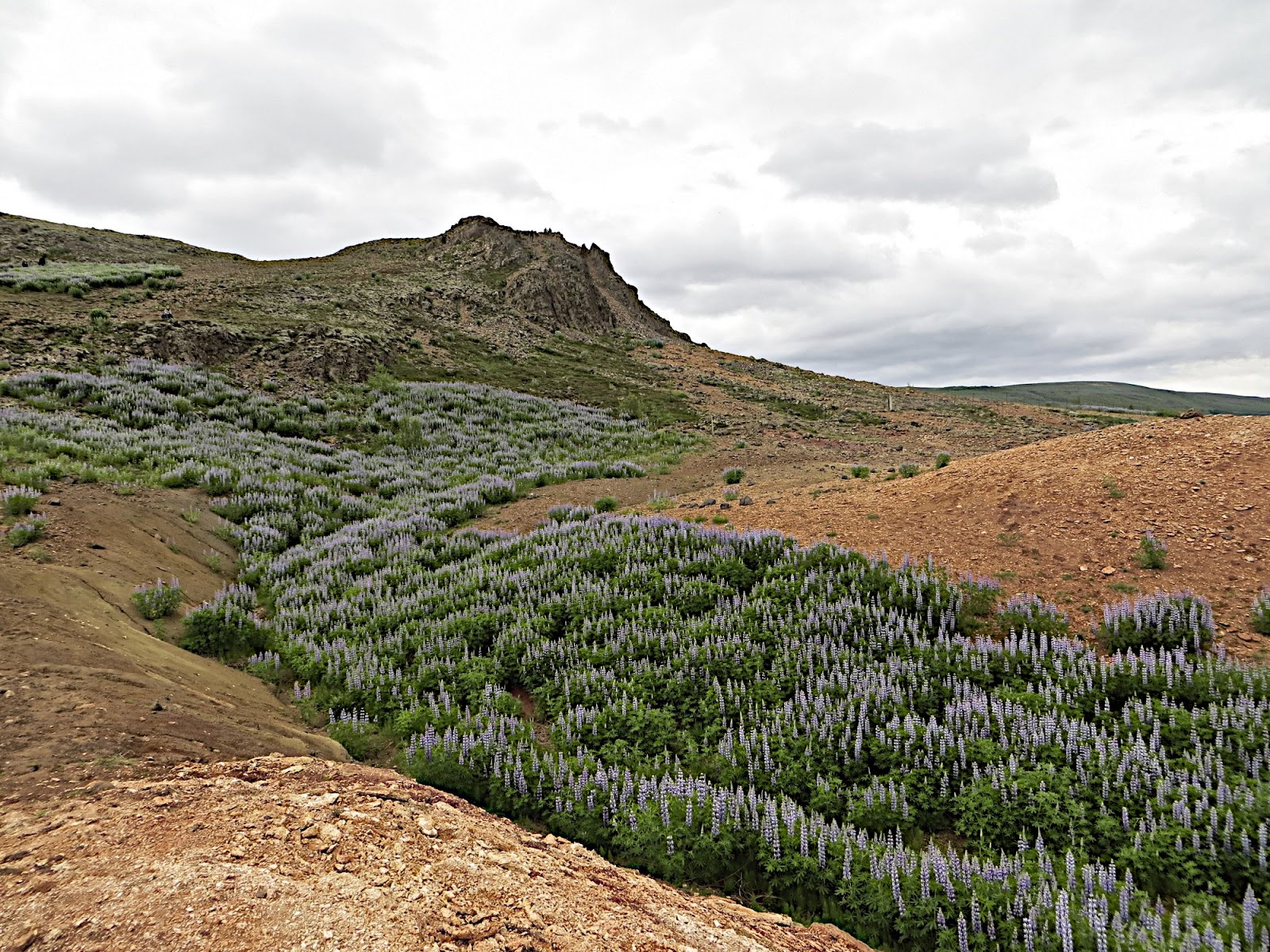 A Hill Overlooking Geysir
in the Haukadalur Geothermal Area

I always have a compulsion to climb
to the highest point in an area, if at all possible. 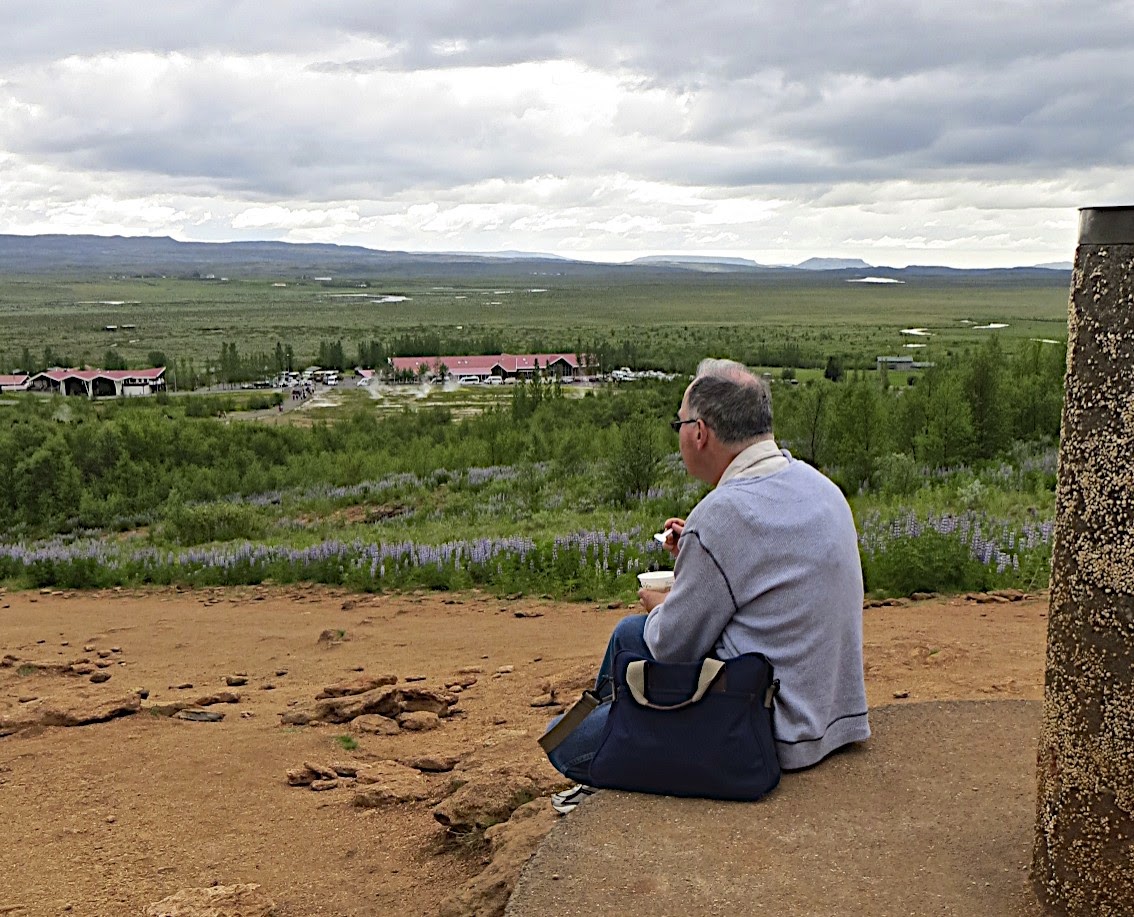 So while Terry
ate a snack,
I was off and running. 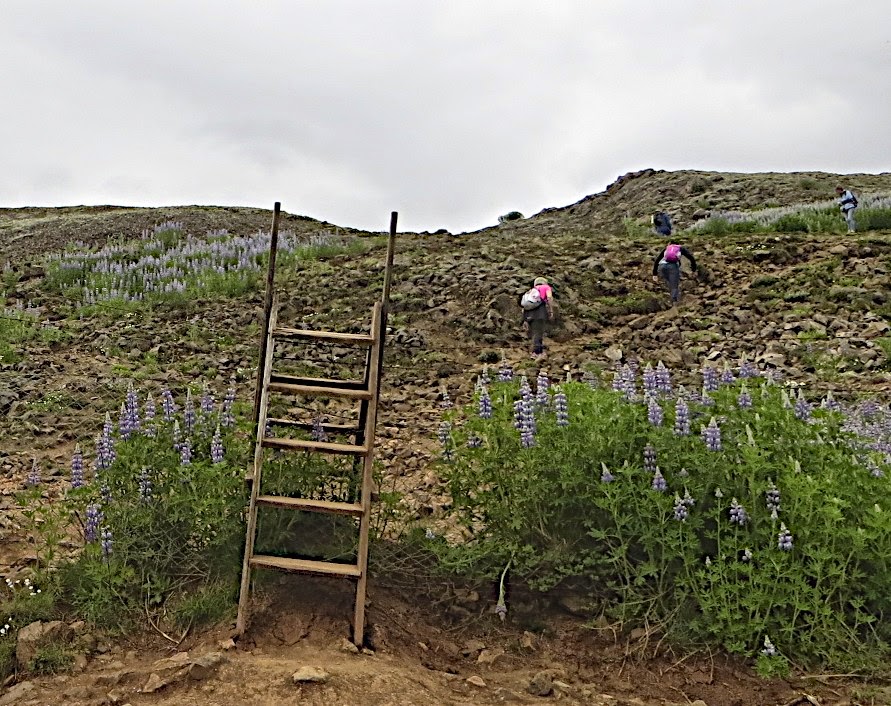 From on top of the high hill, I had a panoramic view
of the Geysir Hot Spring Area and the Geysir Center.
Some of the thermal activities you can see
are bubbling mud pits and active geysers,
like Strokkur which erupts every few minutes
sending a fountain of water
100 feet or 30 meters into the air. 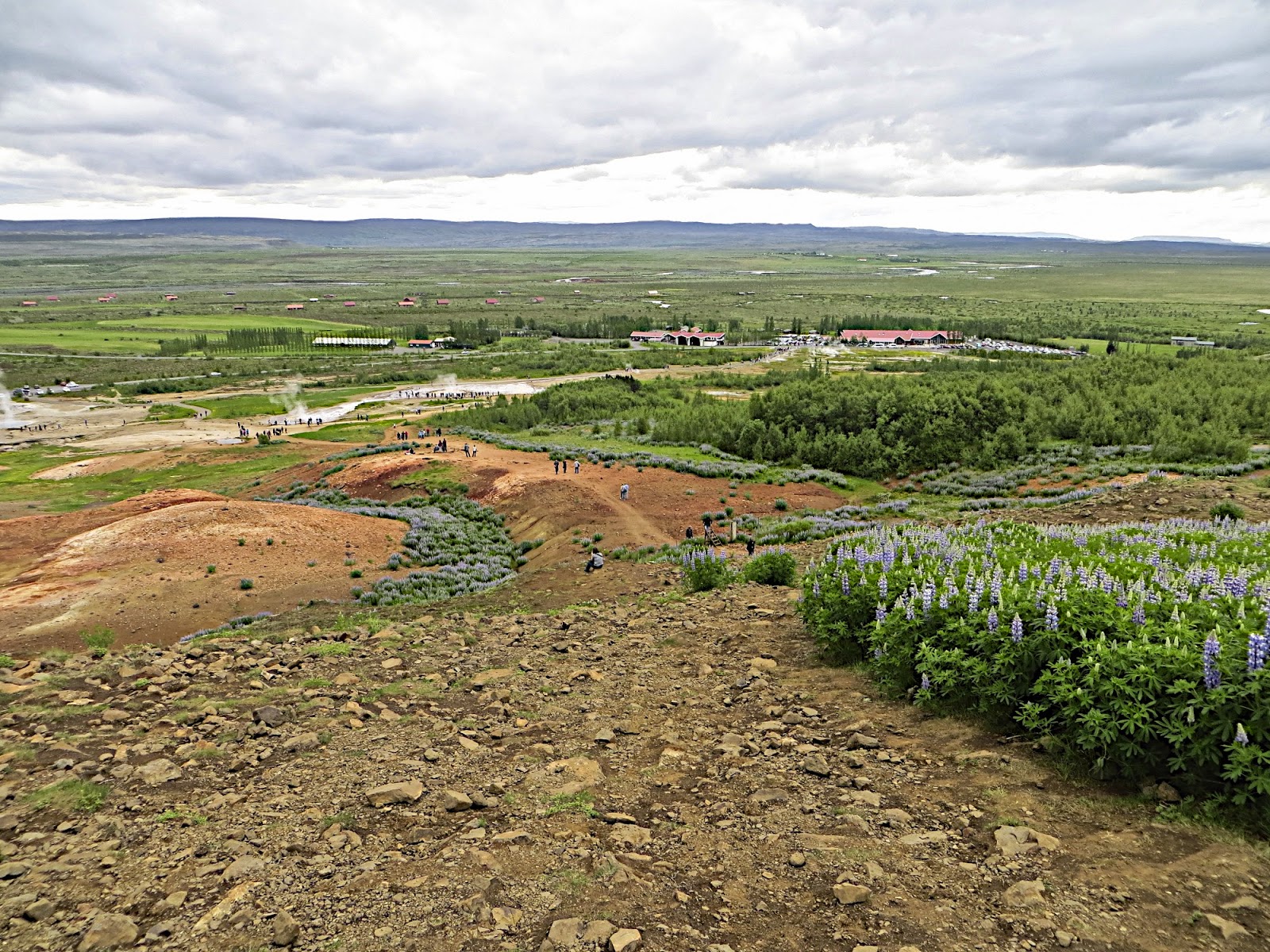 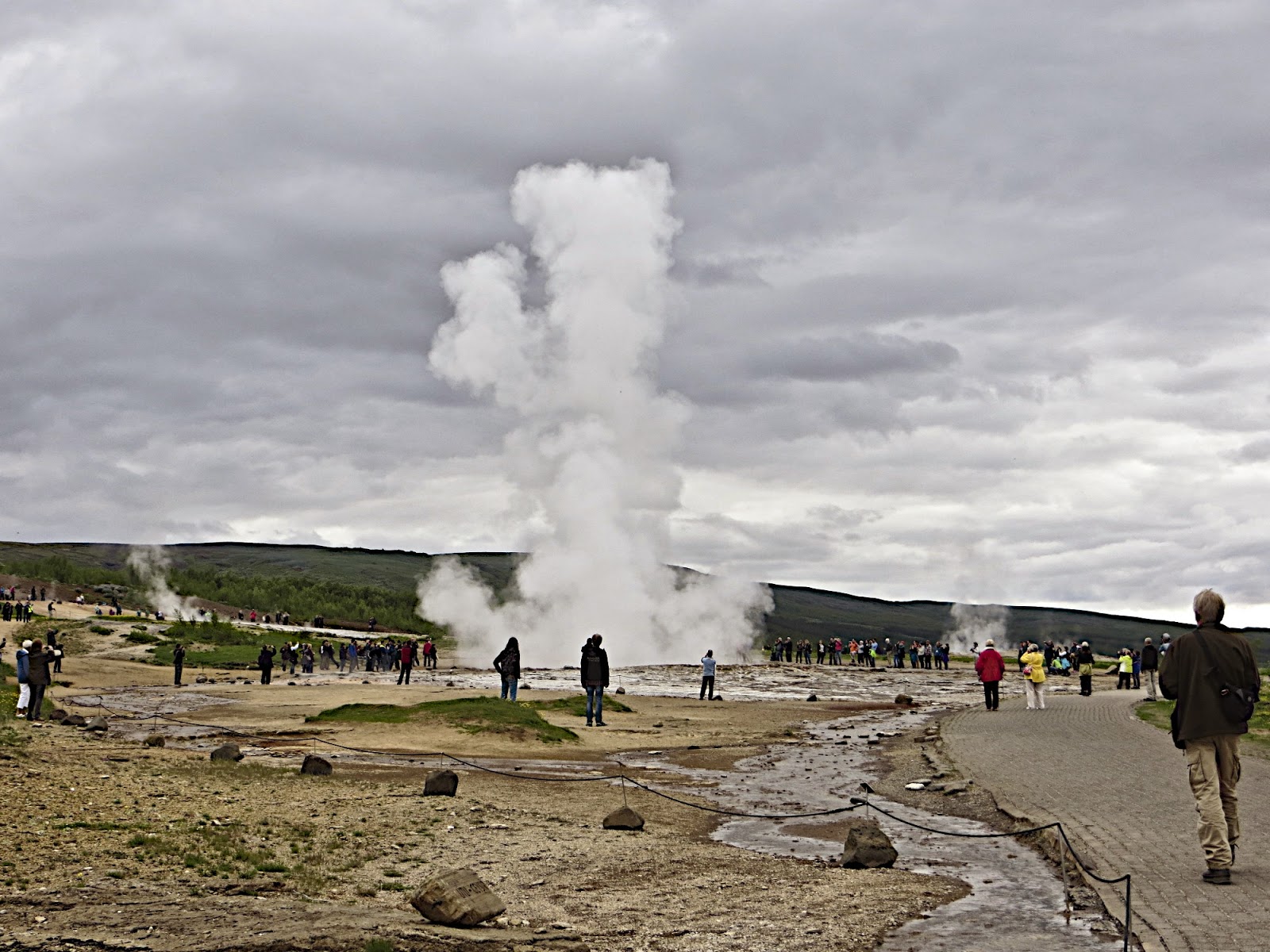 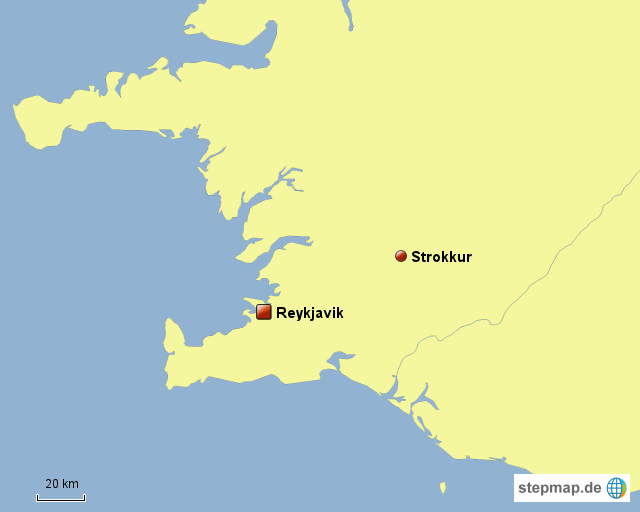 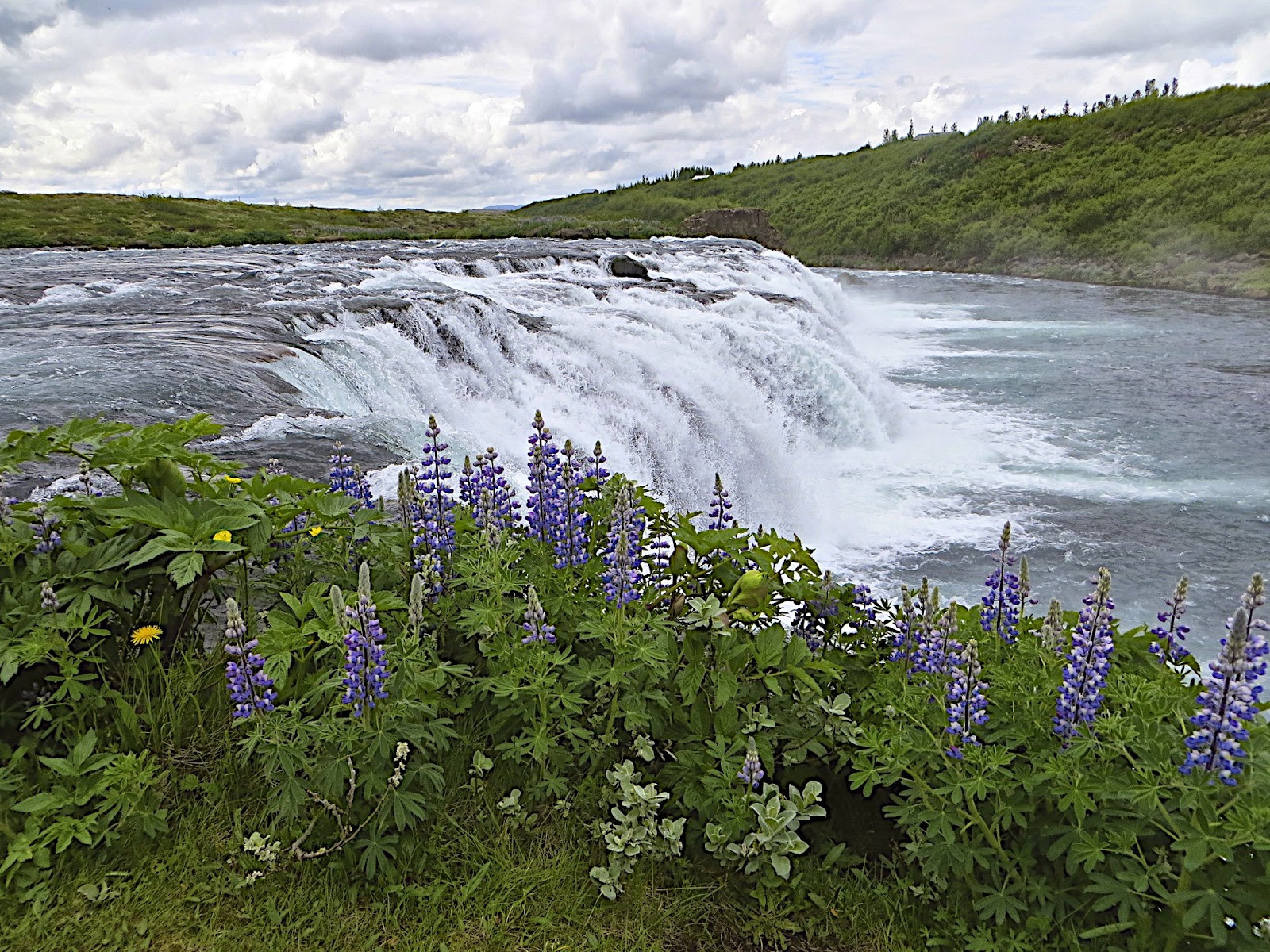 
Sometimes you can get so caught up in the big scenery
that you overlook the beauty up close.
This lovely wild patch of flowers
was down low at my feet. 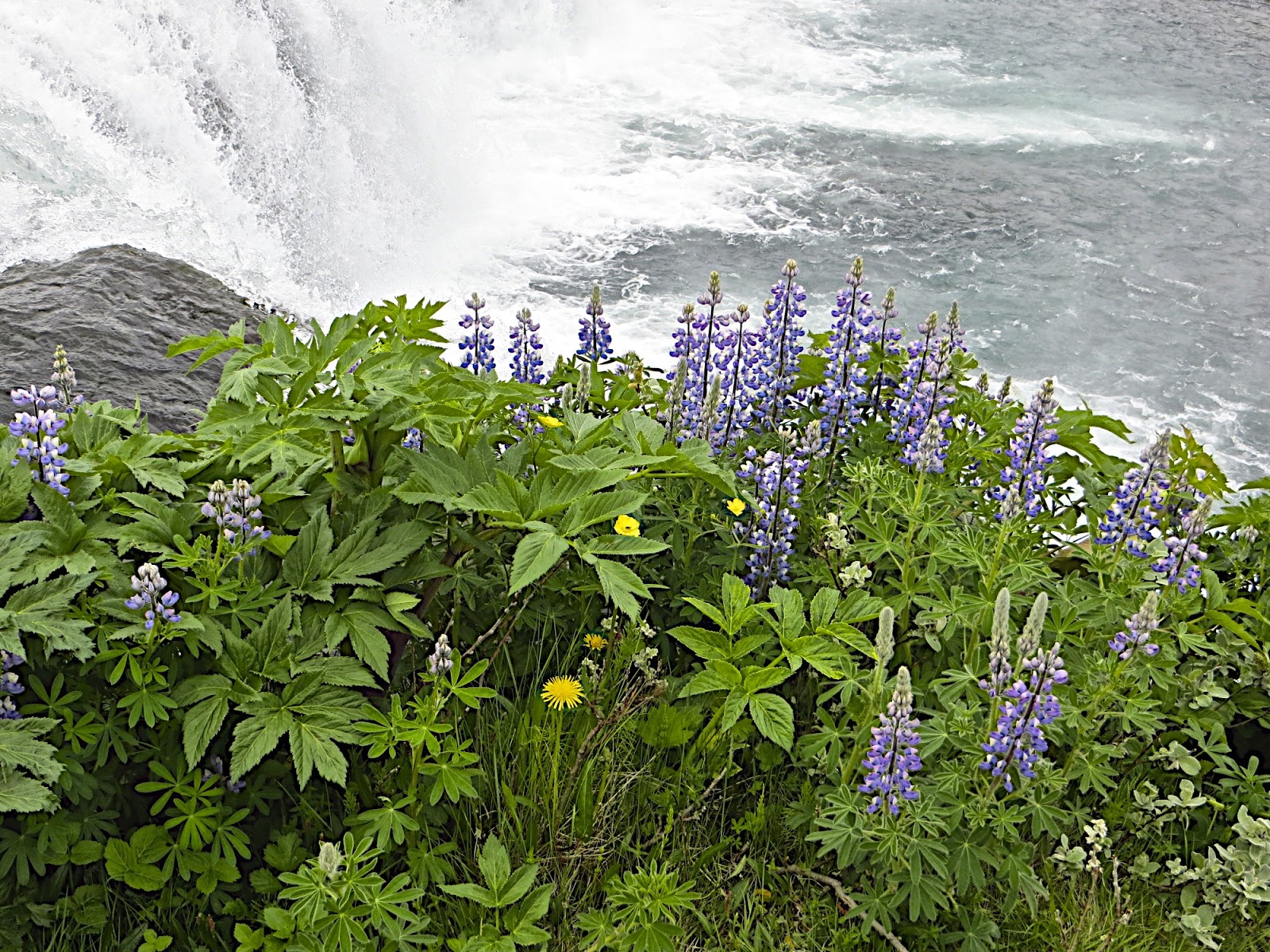 By the Faxi Waterfall

Faxi is located on the Golden Circle,
a popular tourist trail east of Reykjavik.
The waterfall is on the Tungufljót river.
Wikipedia 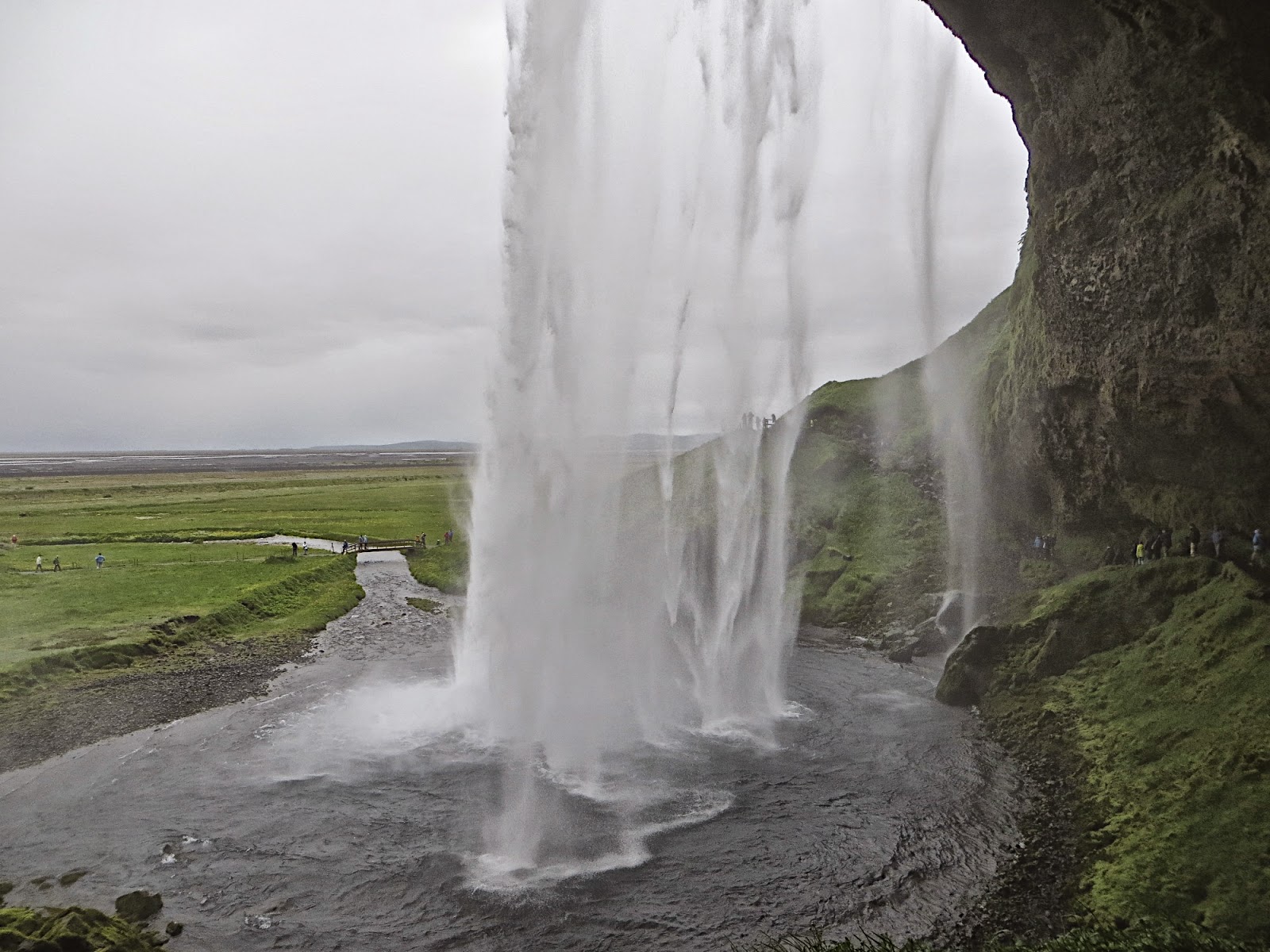 Seljalandsfoss Waterfall is located about 18.6 miles
(30 kilometers) from Skógar.

The river Seljalandsá drops 200 feet (60 meters) over the cliffs
of a former coastline to form Seljalandsfoss Waterfall.  Wikipedia 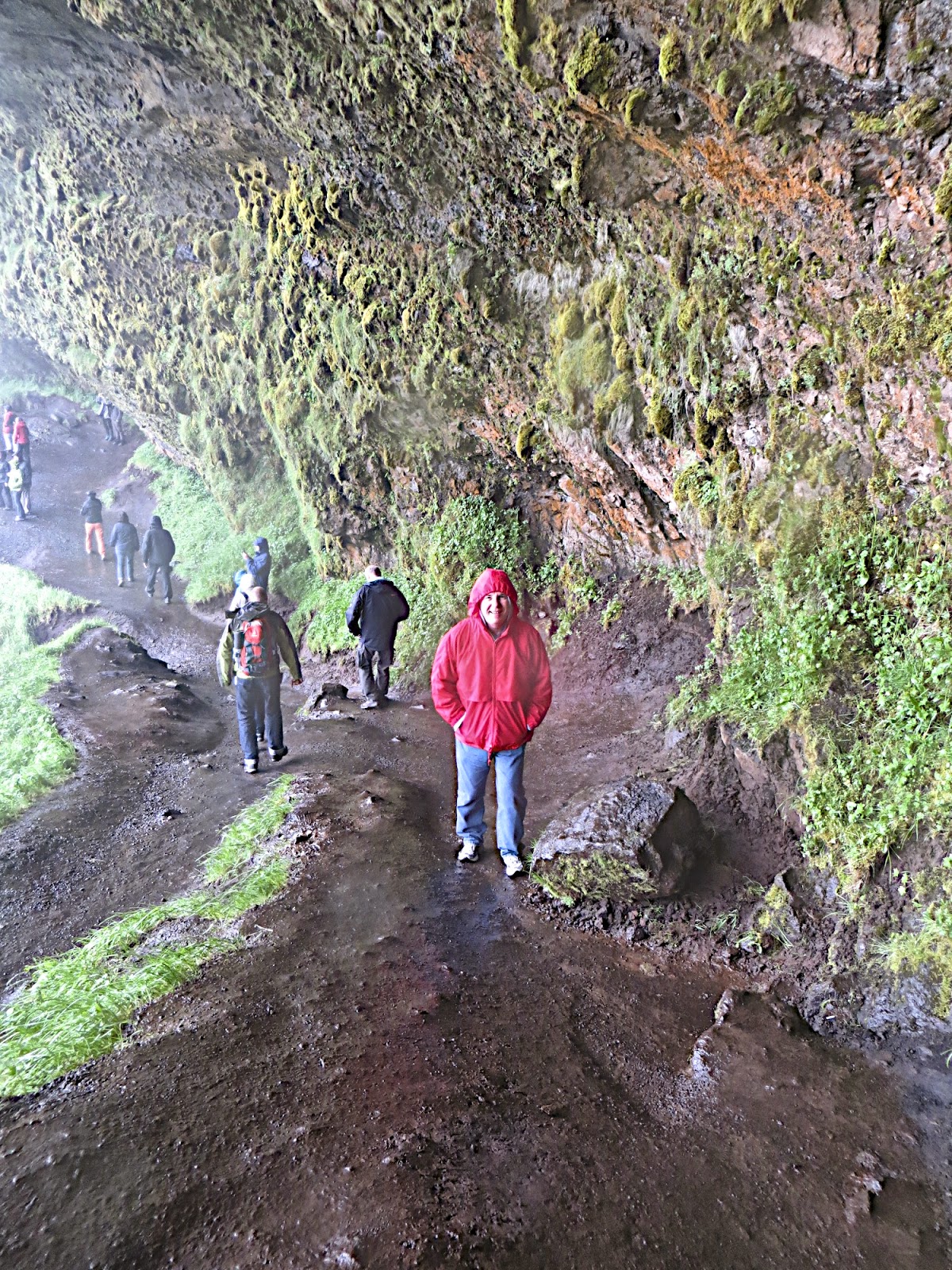 What makes it special is that you can walk behind it,
as Terry is doing. 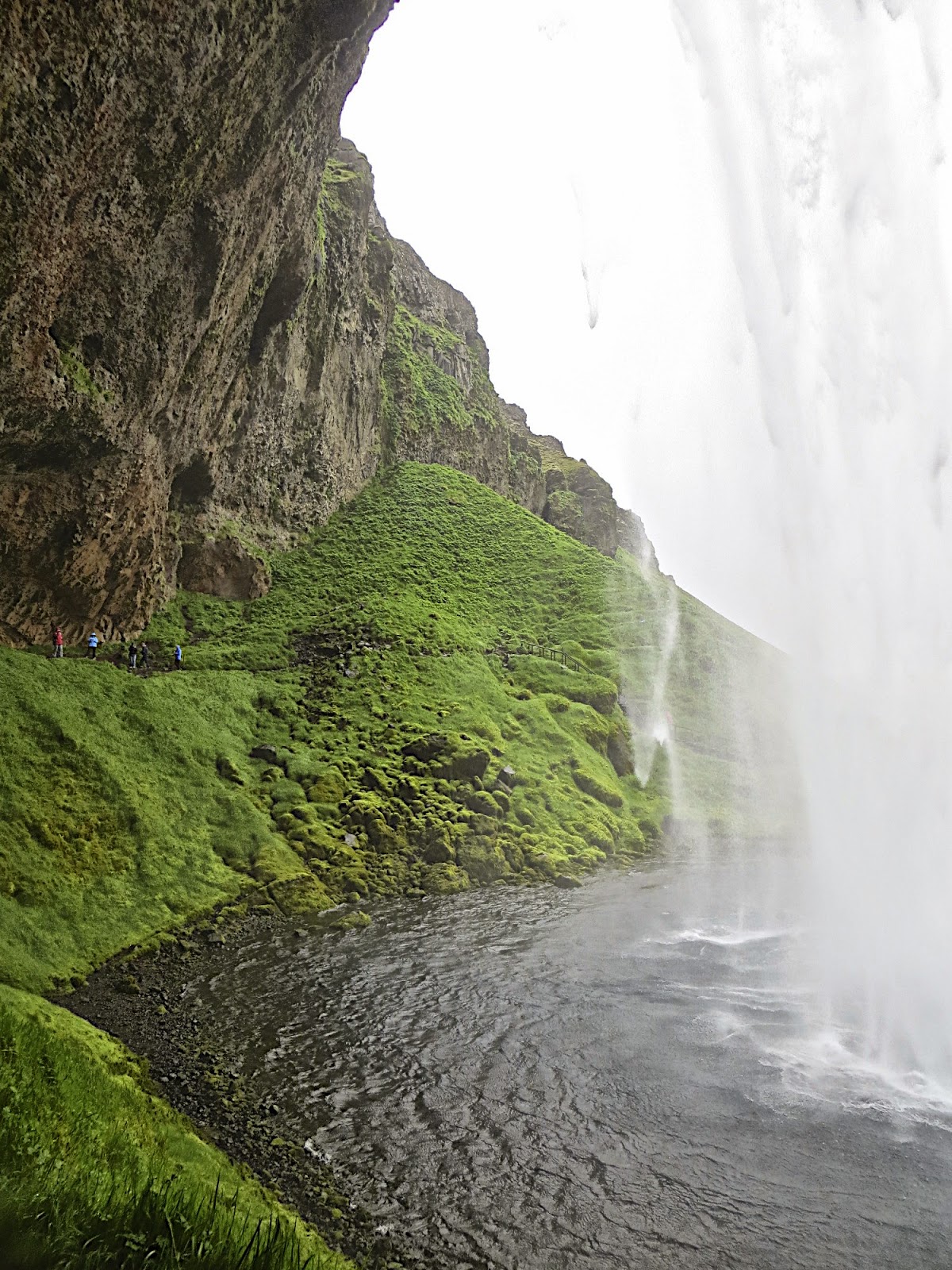 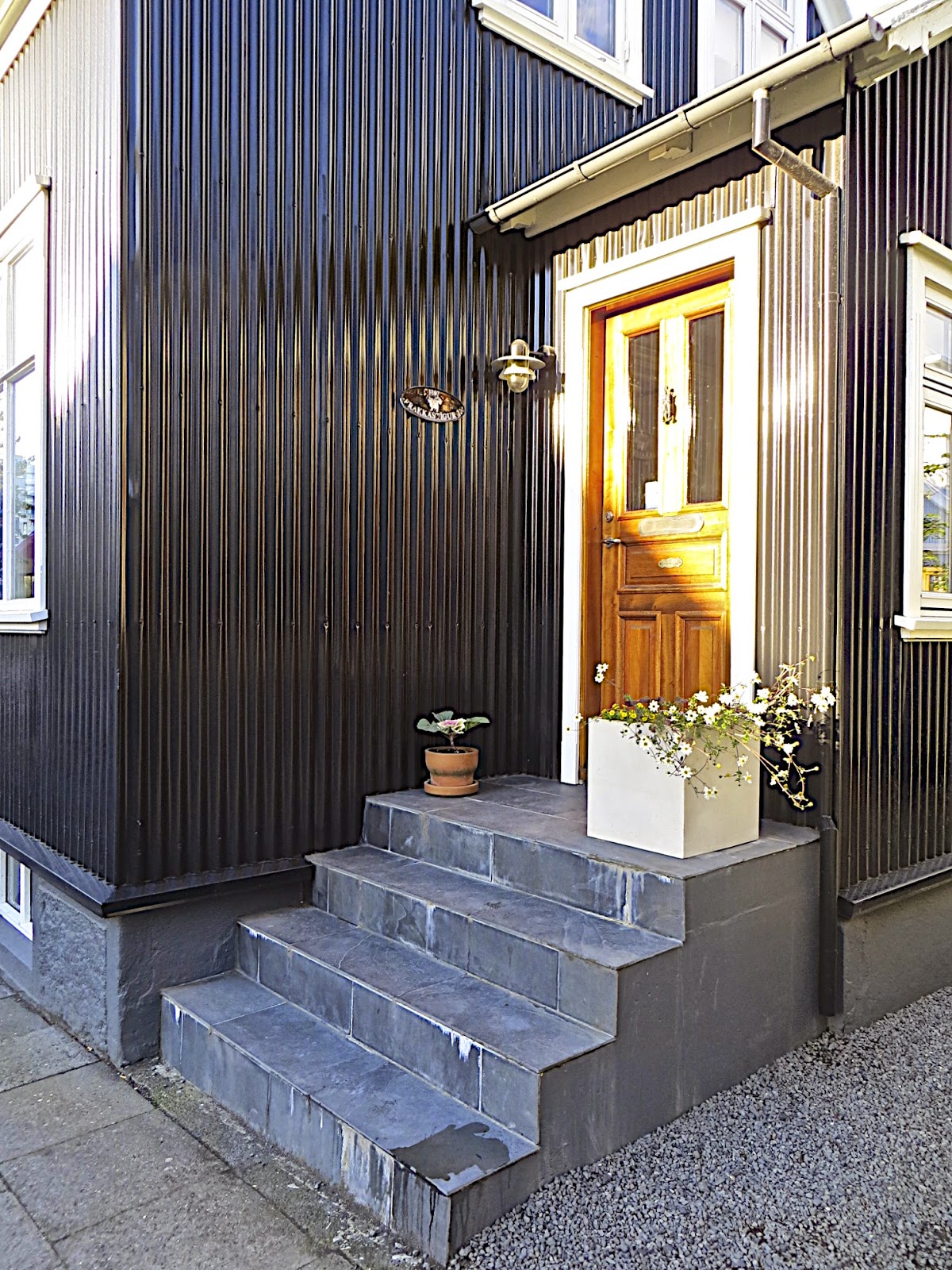 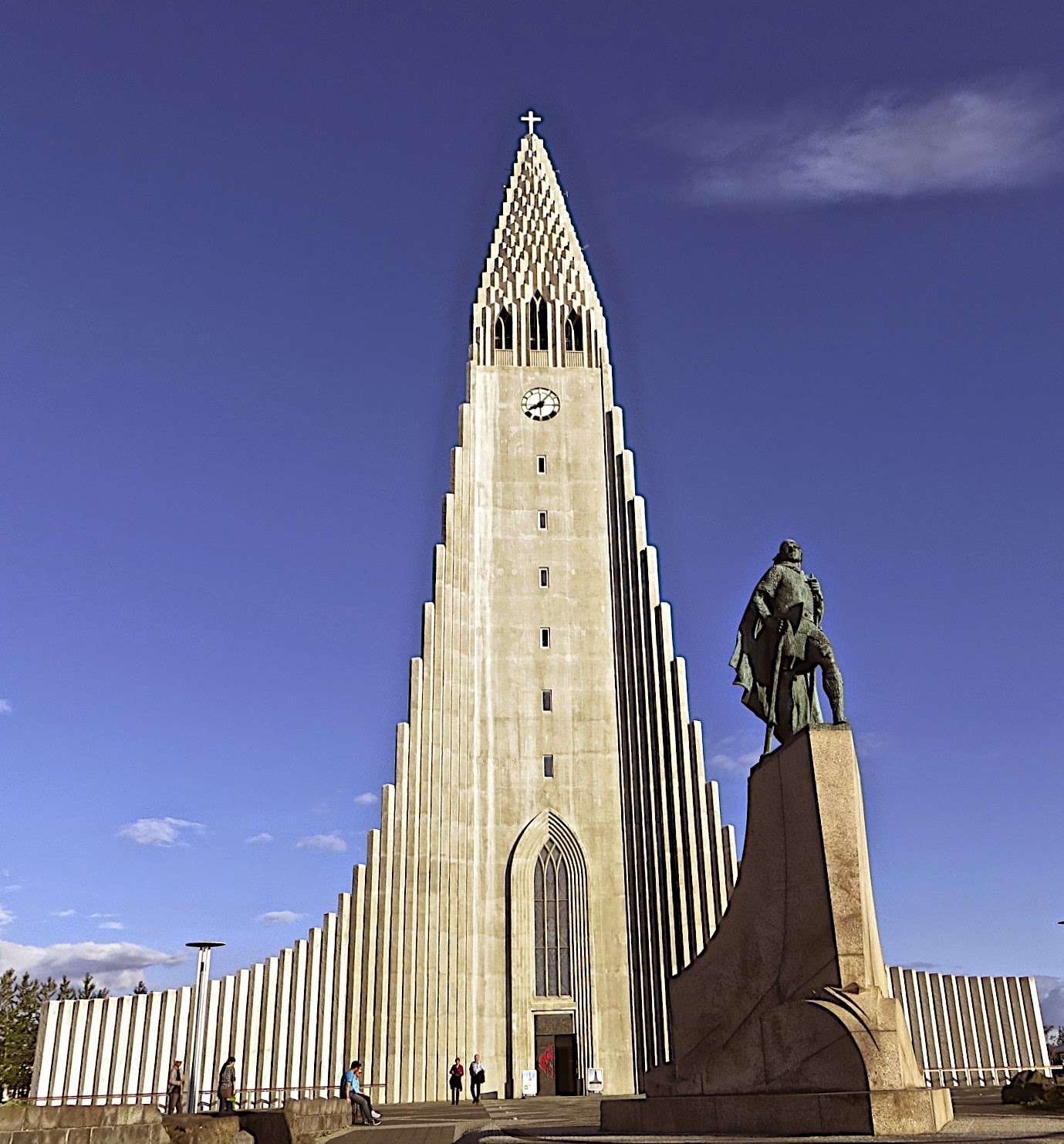 Hallgrímskirkja took my breath away.
It is a Lutheran parish church
designed by Guðjón Samúelsson
and inspired by Iceland's columnar basalt.

The statue of Leif Ericson
was a gift from the USA to Iceland
in honor of the one thousandth anniversary
of Iceland's Althing in 1930. 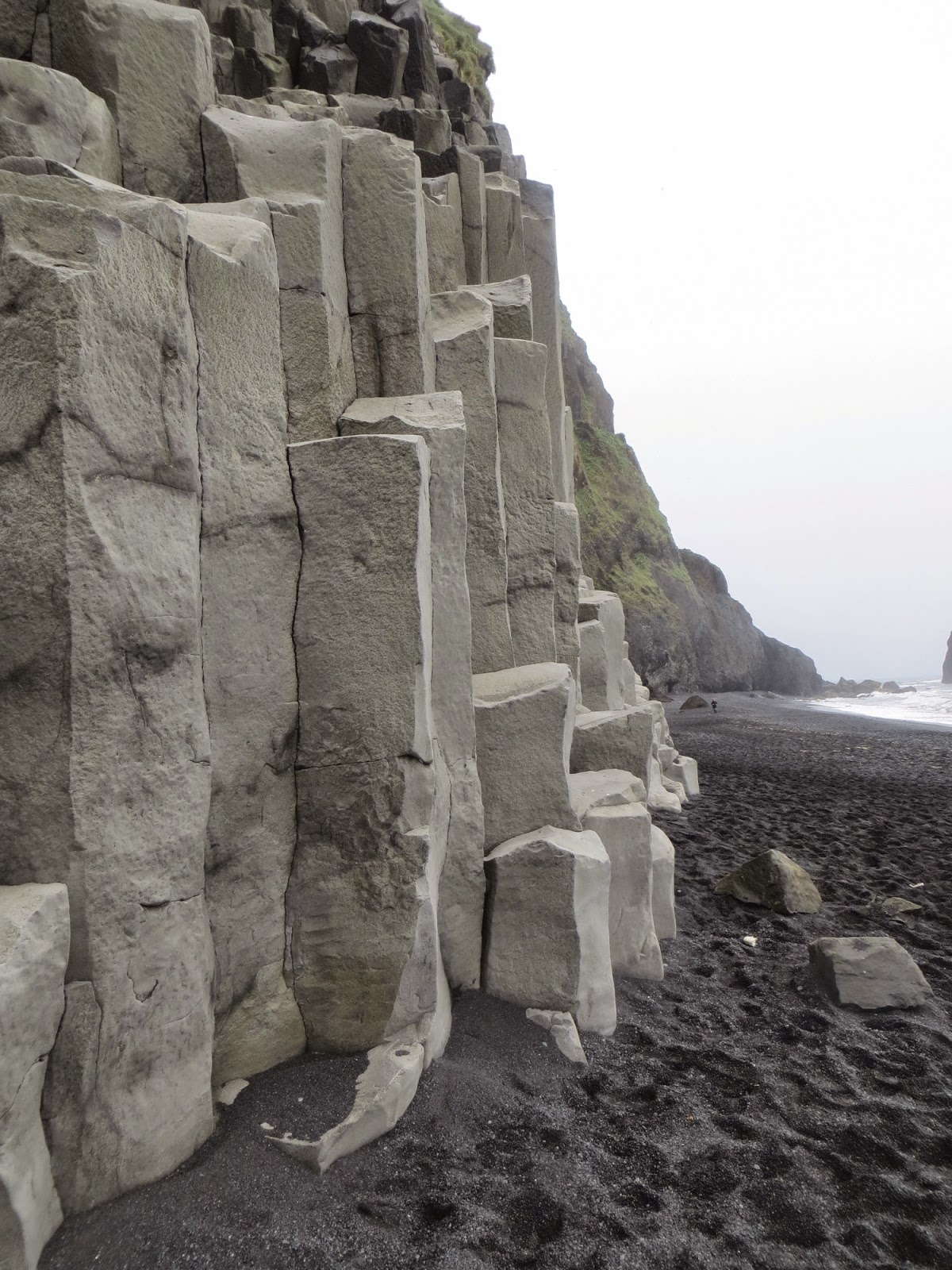 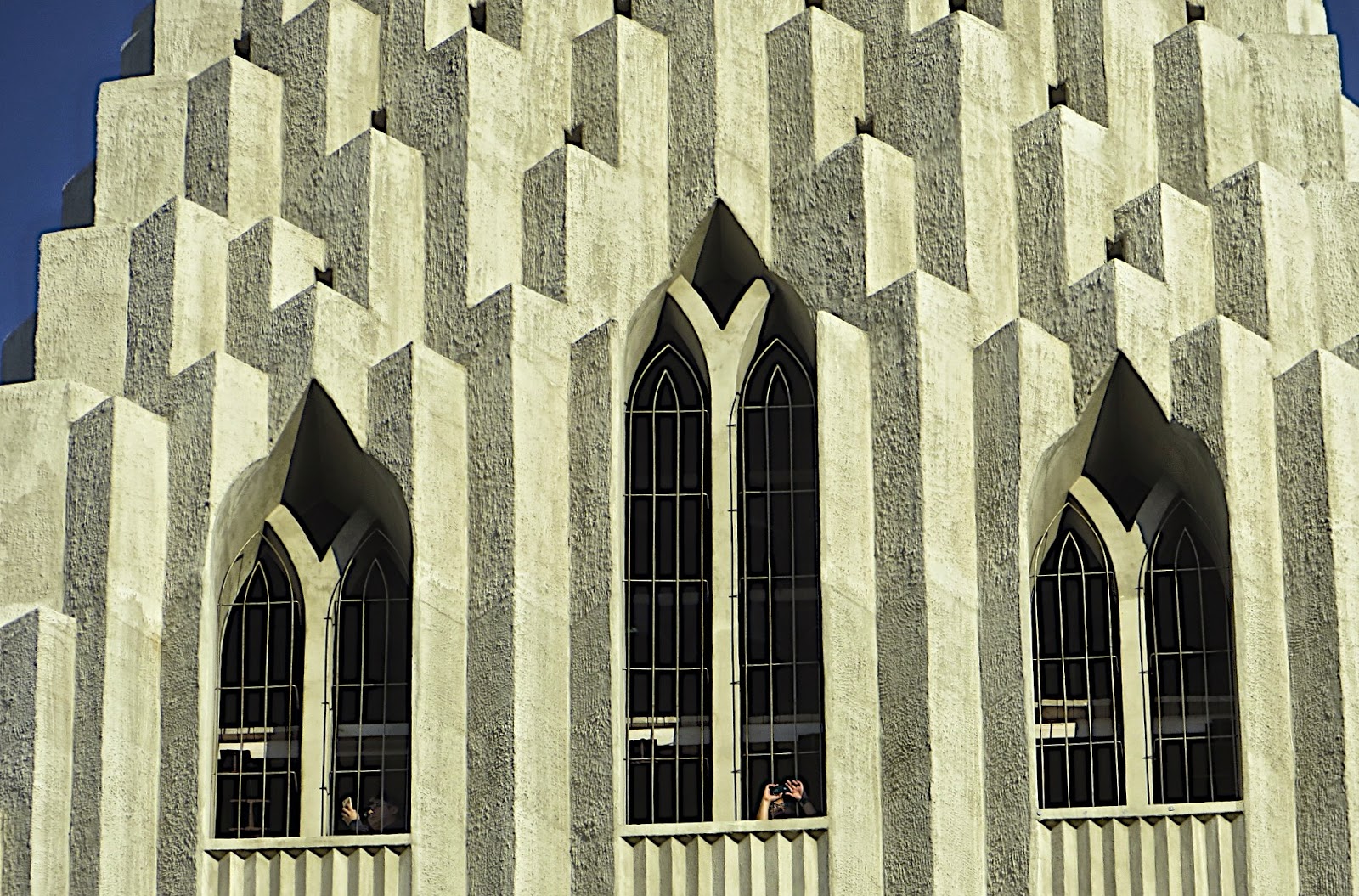 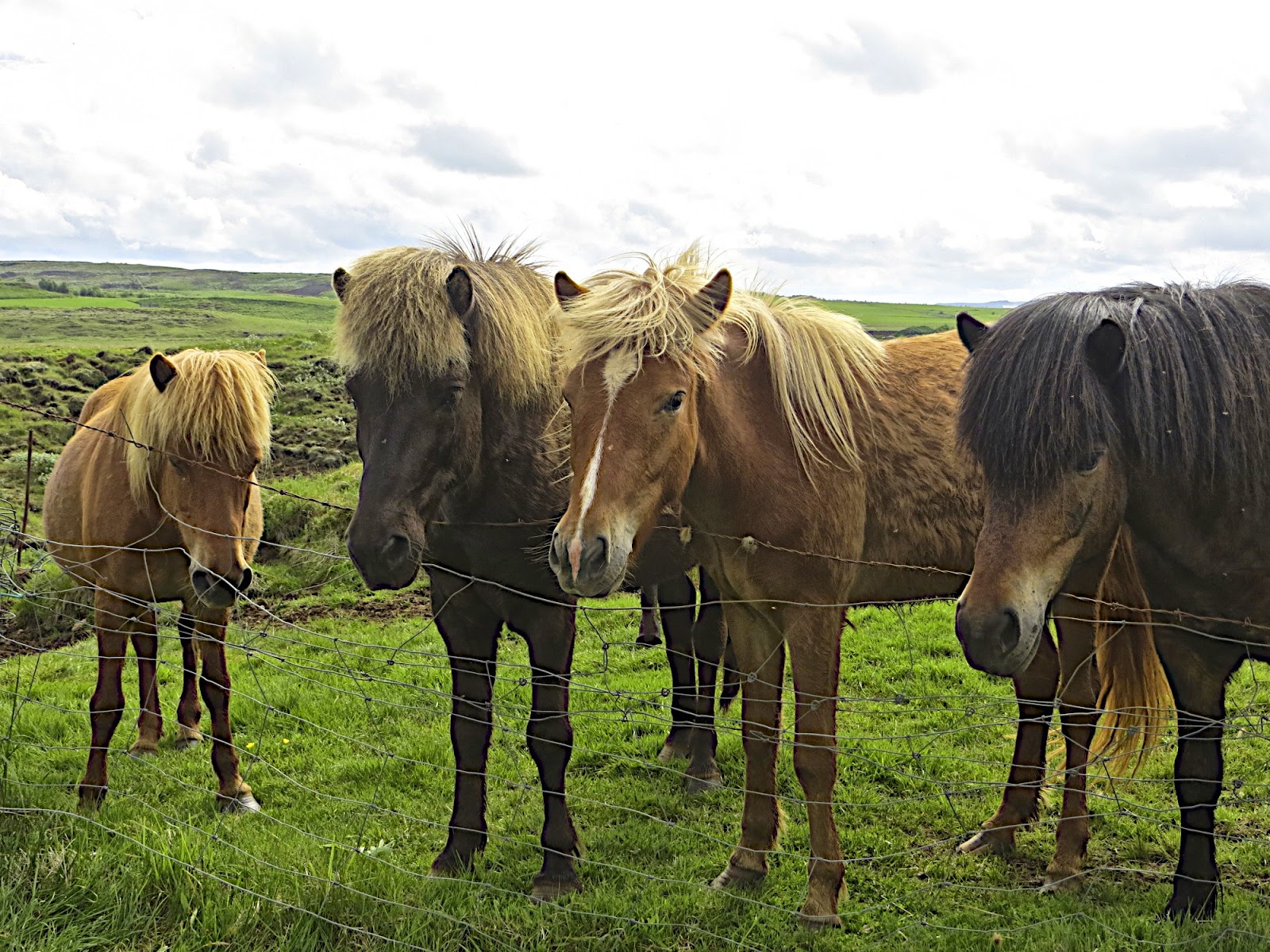 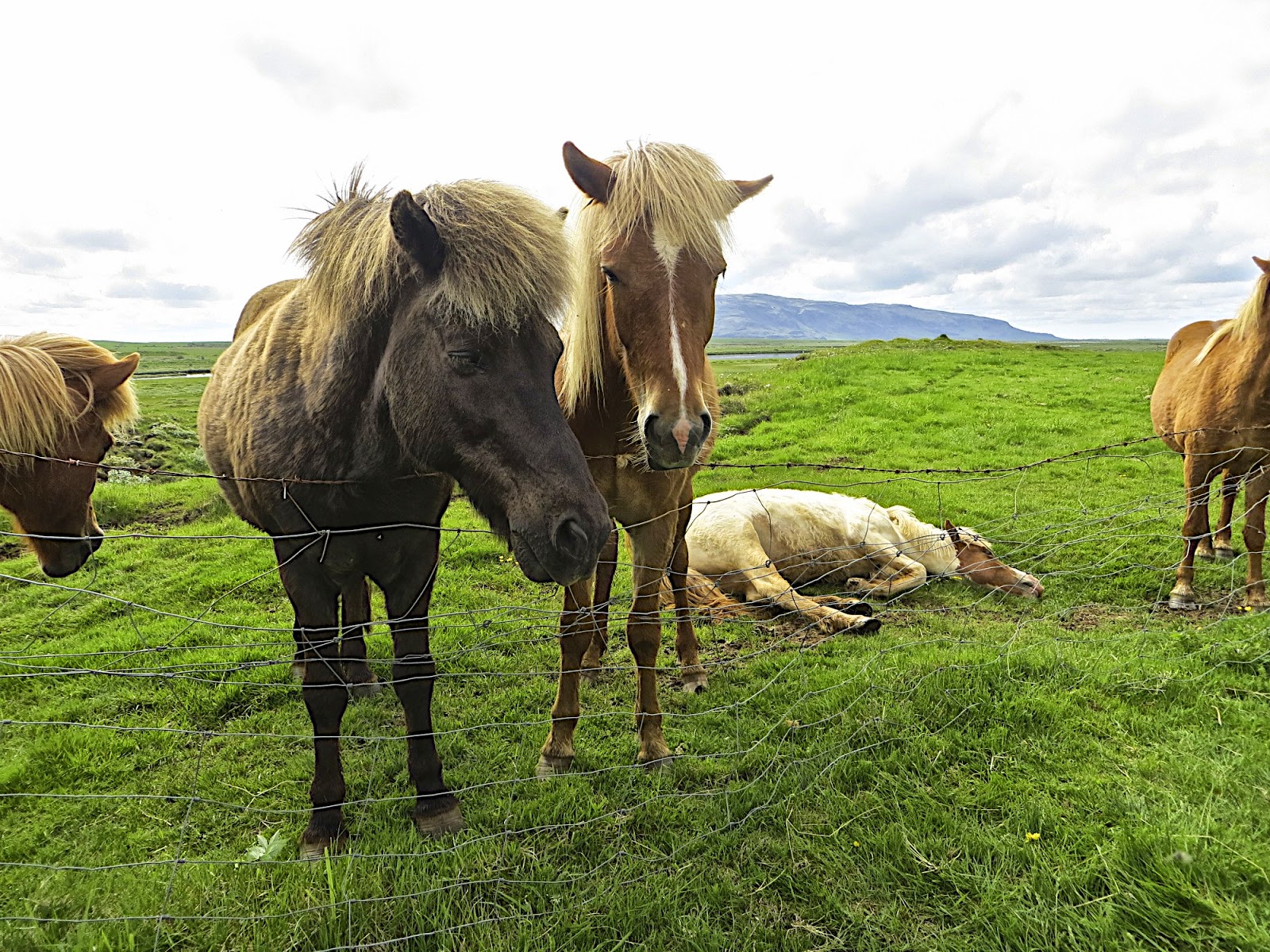 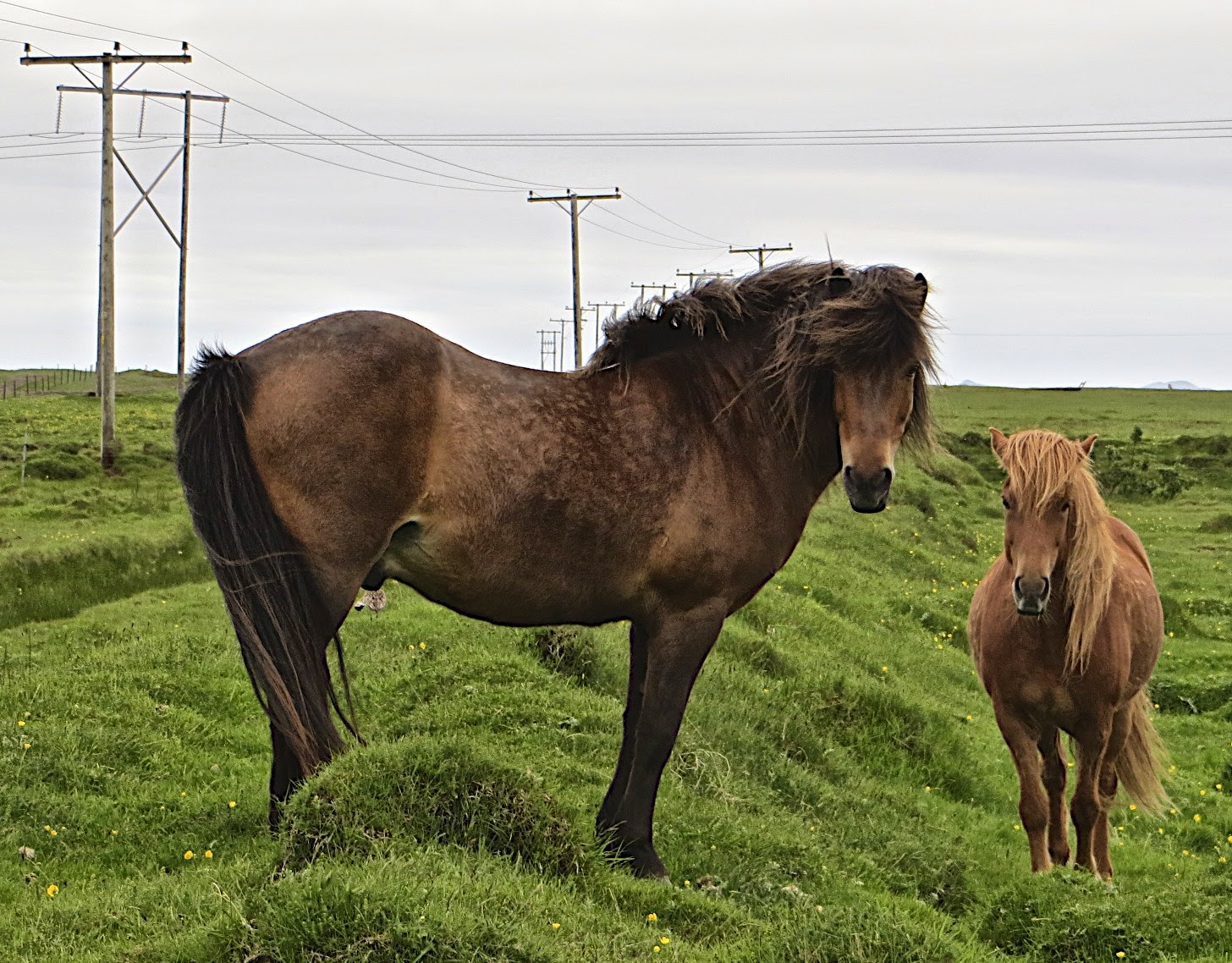 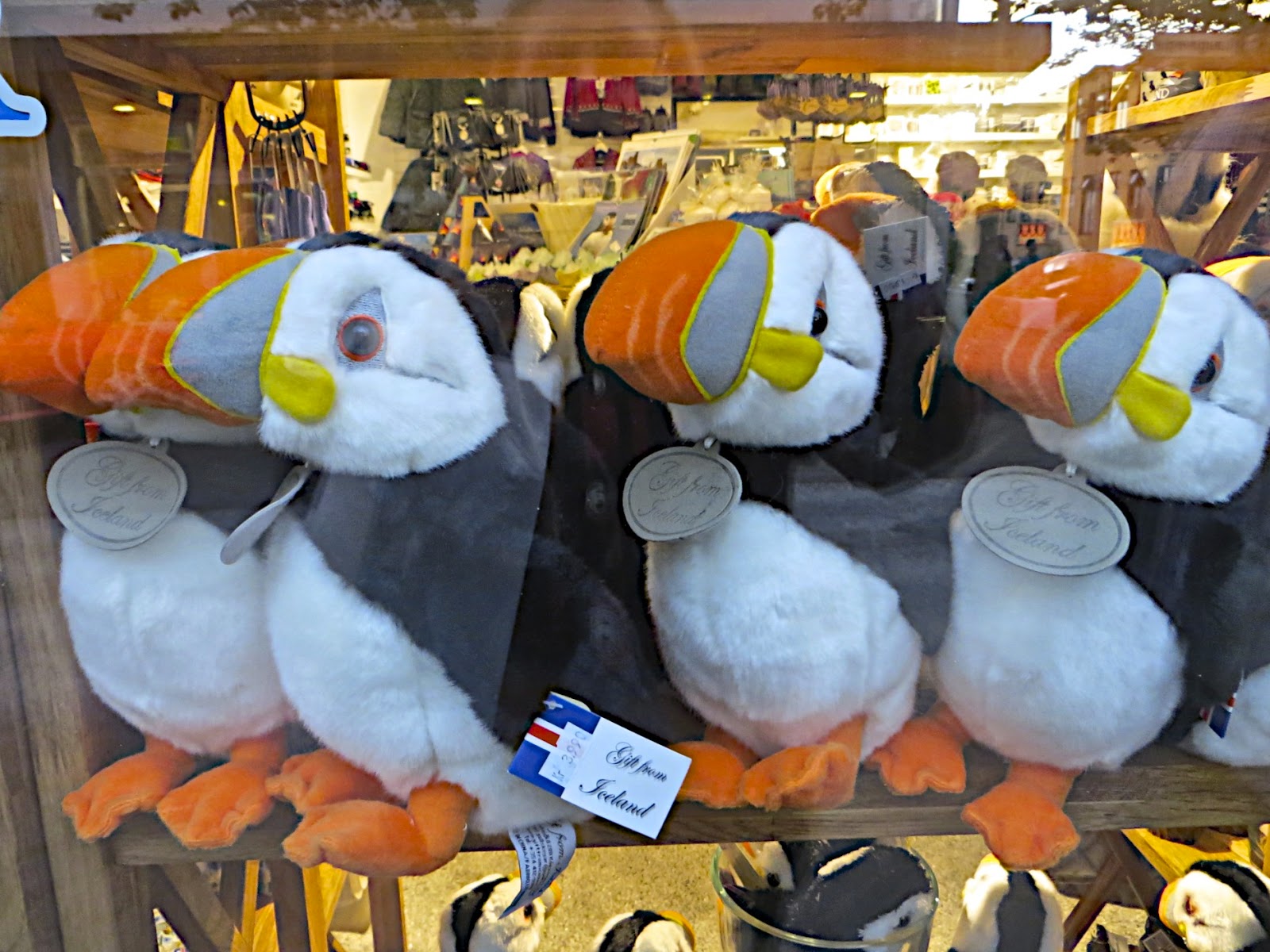 Perhaps a Puffin for Under the Christmas Tree? 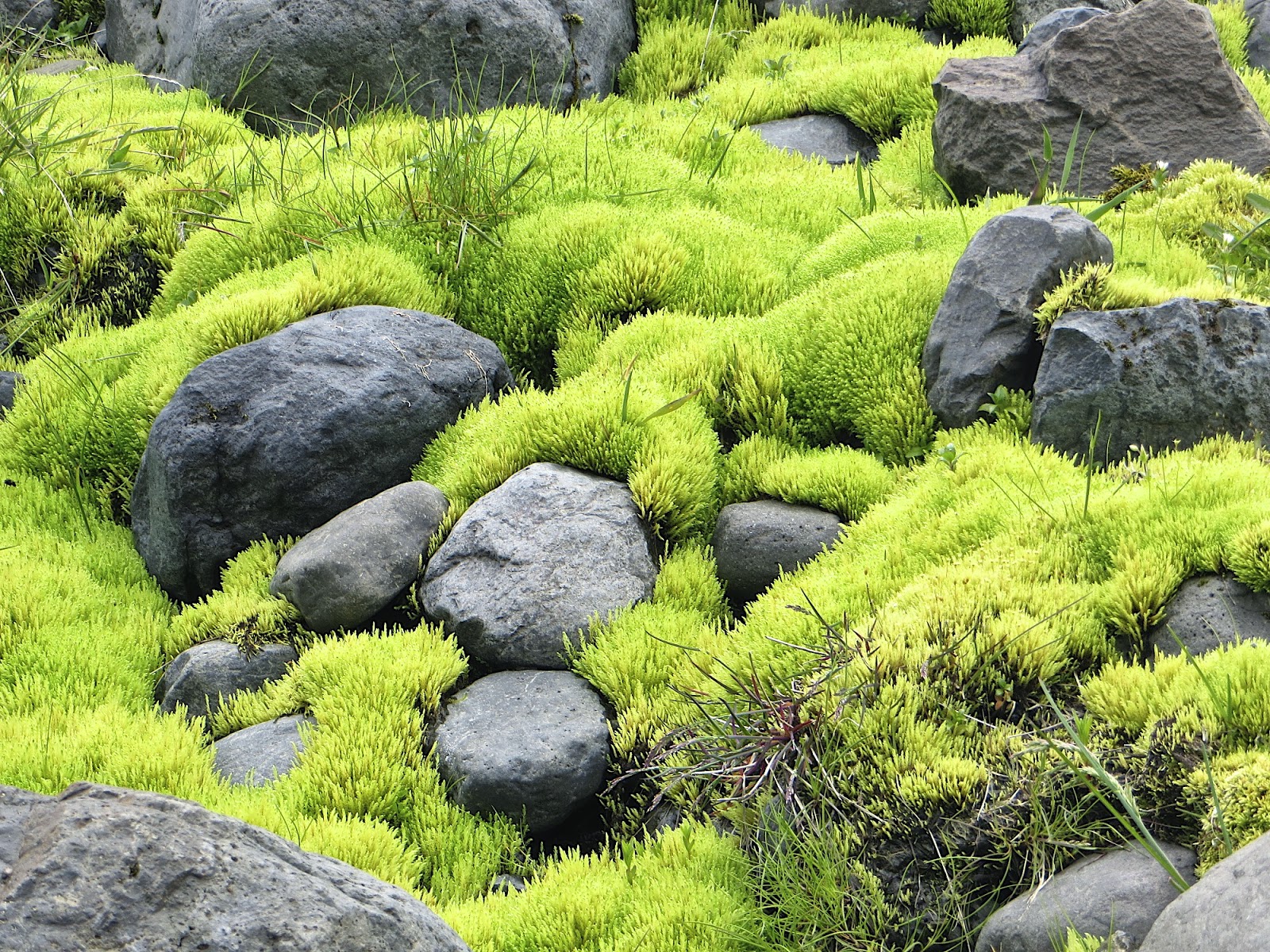 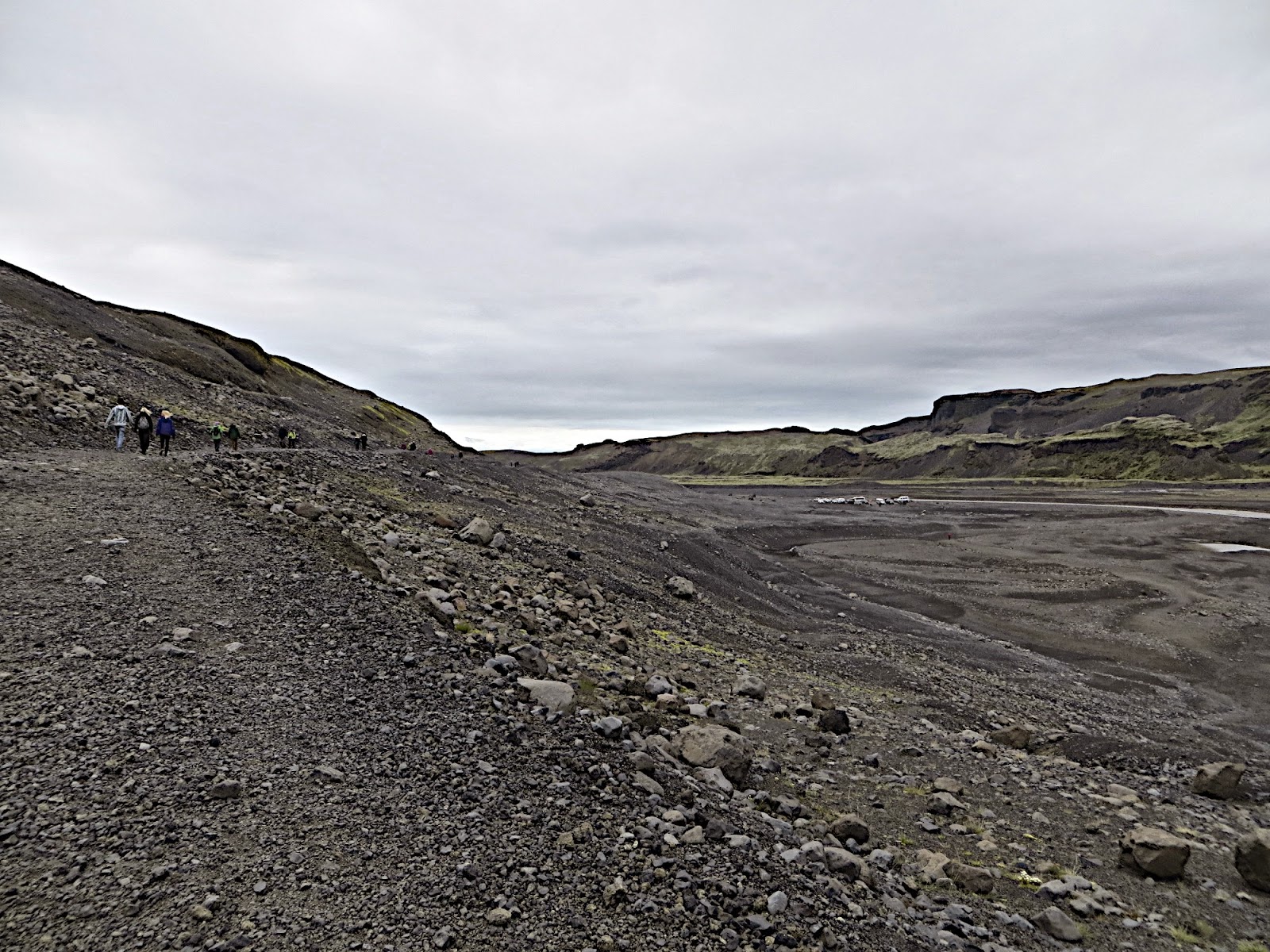 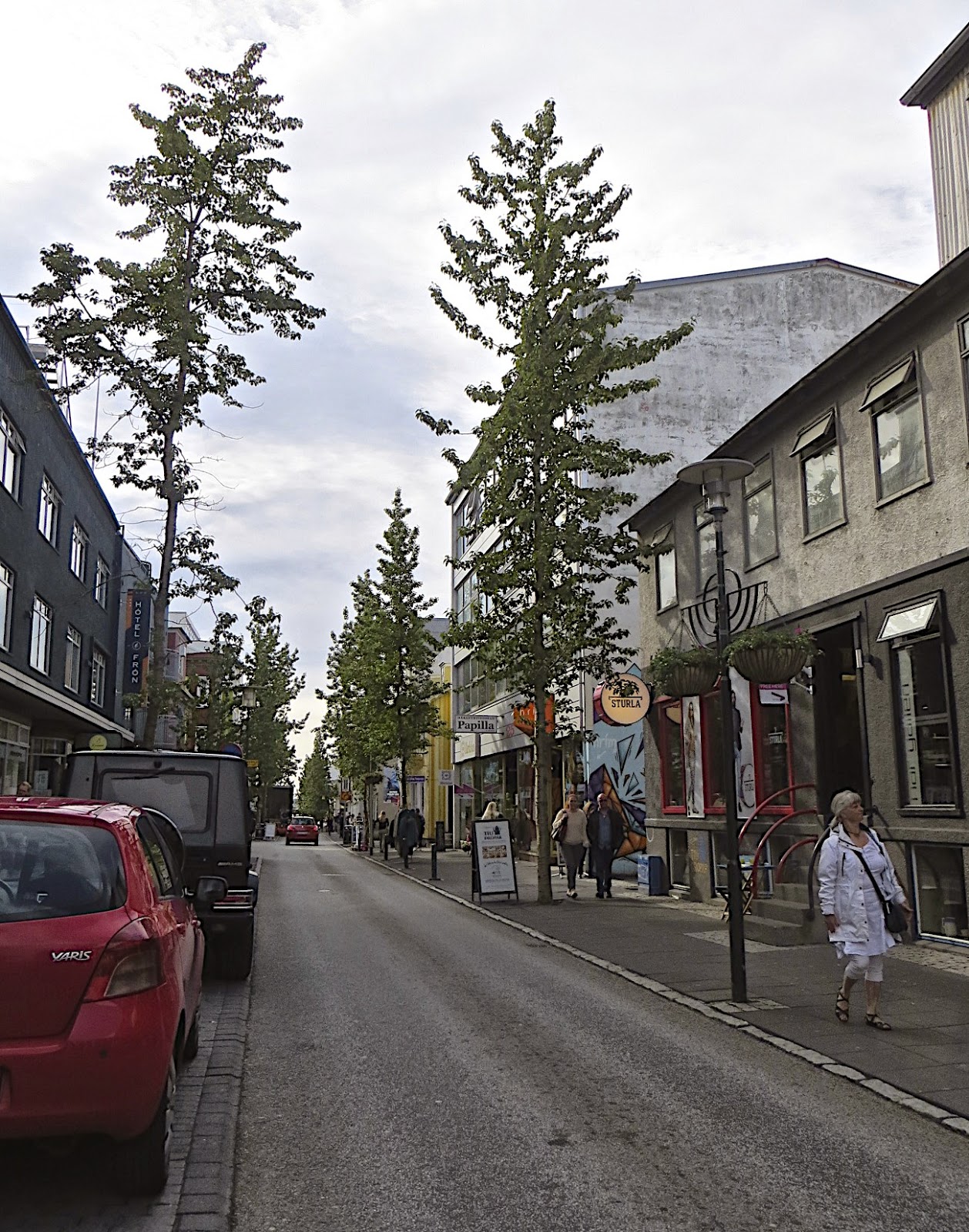 Laugavegur Street in the Heart of Reykjavik


Unusual trees (to me) line Laugavegur Street
in downtown Reykjavik,
along with shops, restaurants, cafes,
galleries, and museums.

Some Icelanders still believe in
the Huldufólk or hidden people of Iceland.
Stories about the Huldufólk appear
in many traditional folk tales.

The hidden people live inside rocks,
on craggy hillsides, and in lava fields.

On Christmas Icelanders traditionally leave food
for the Huldufólk. 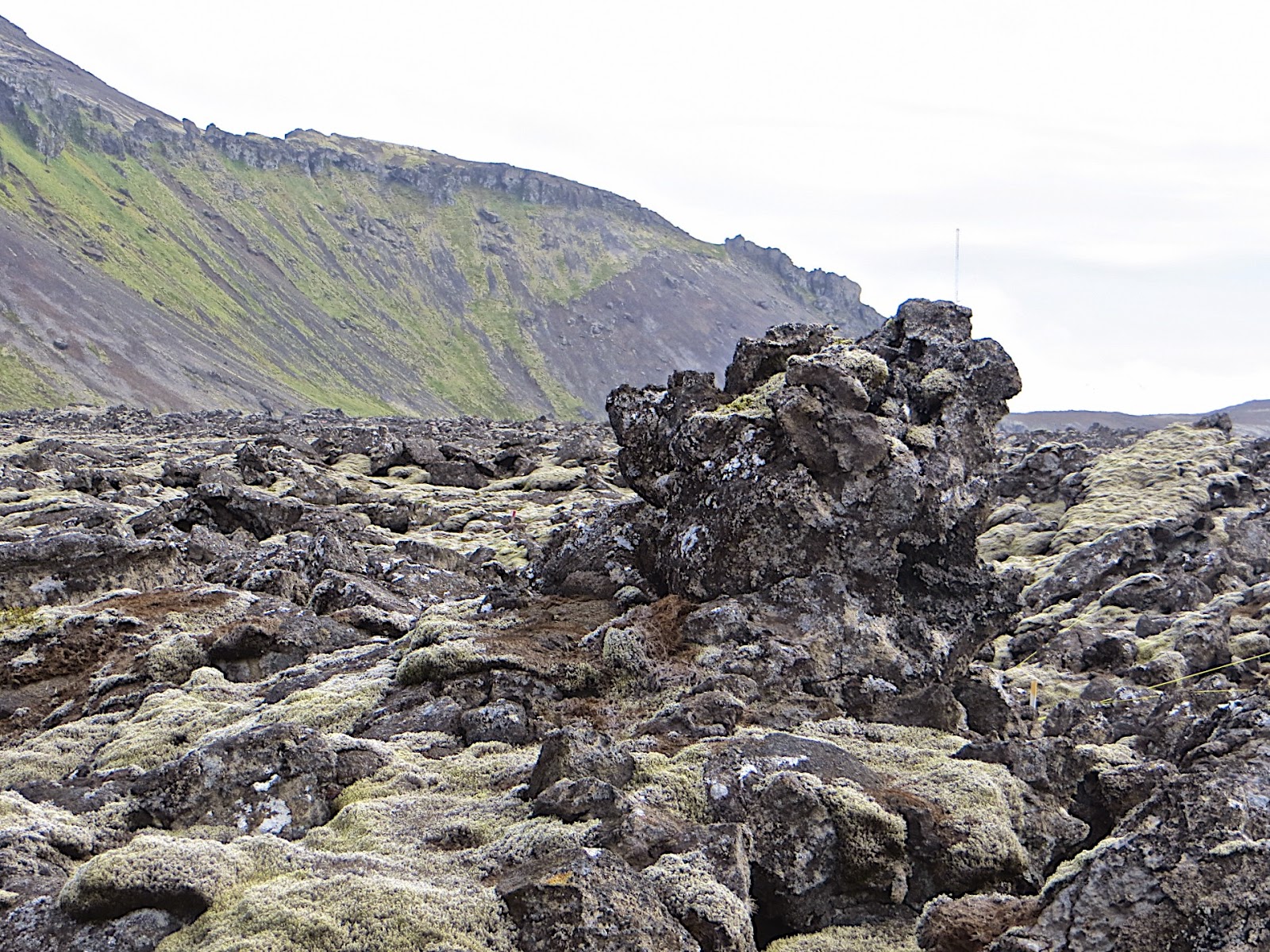 A Landscape for the Traditional Huldufólk 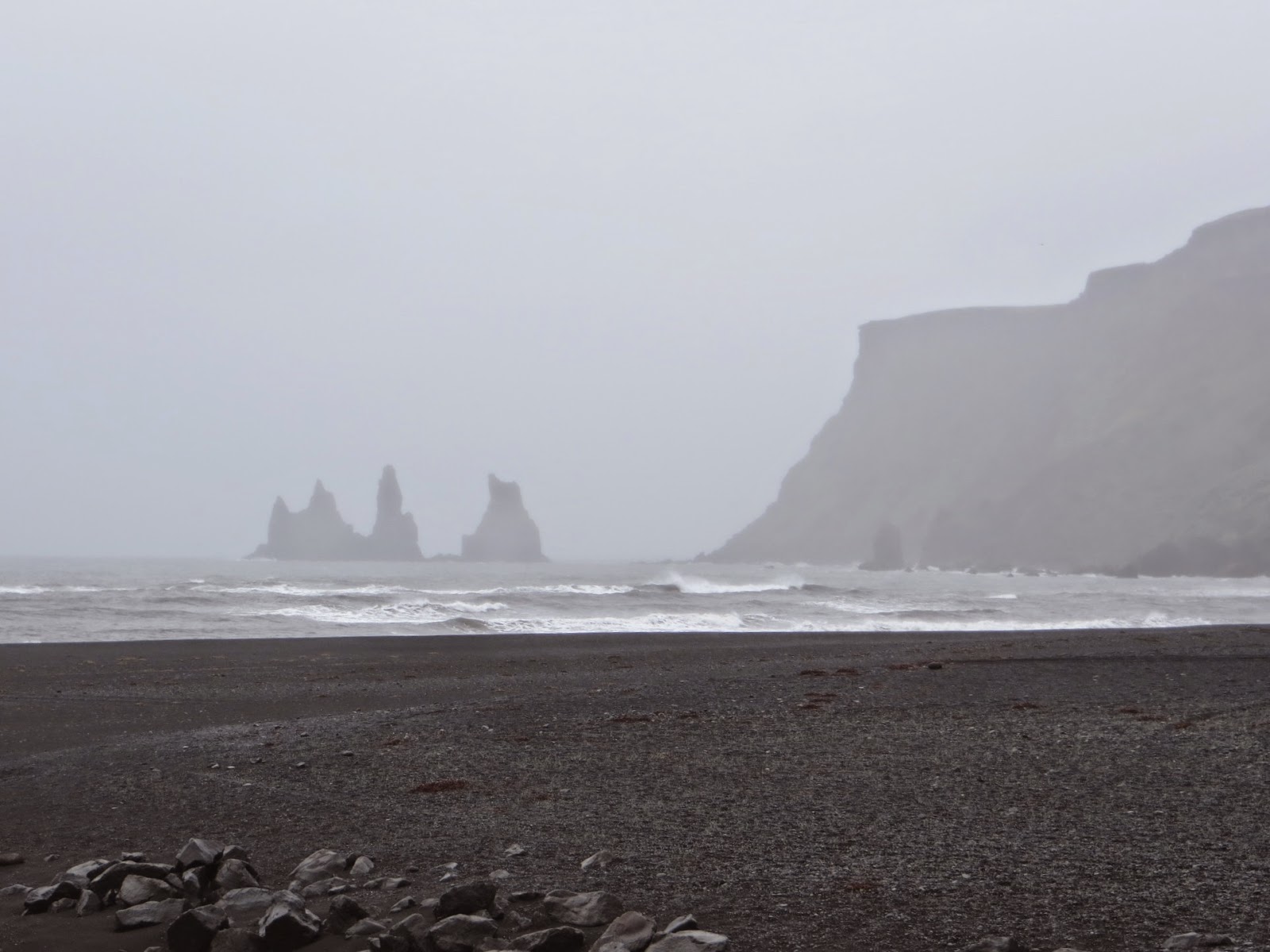 Seastacks Near Vik, Iceland
This is a color photograph! 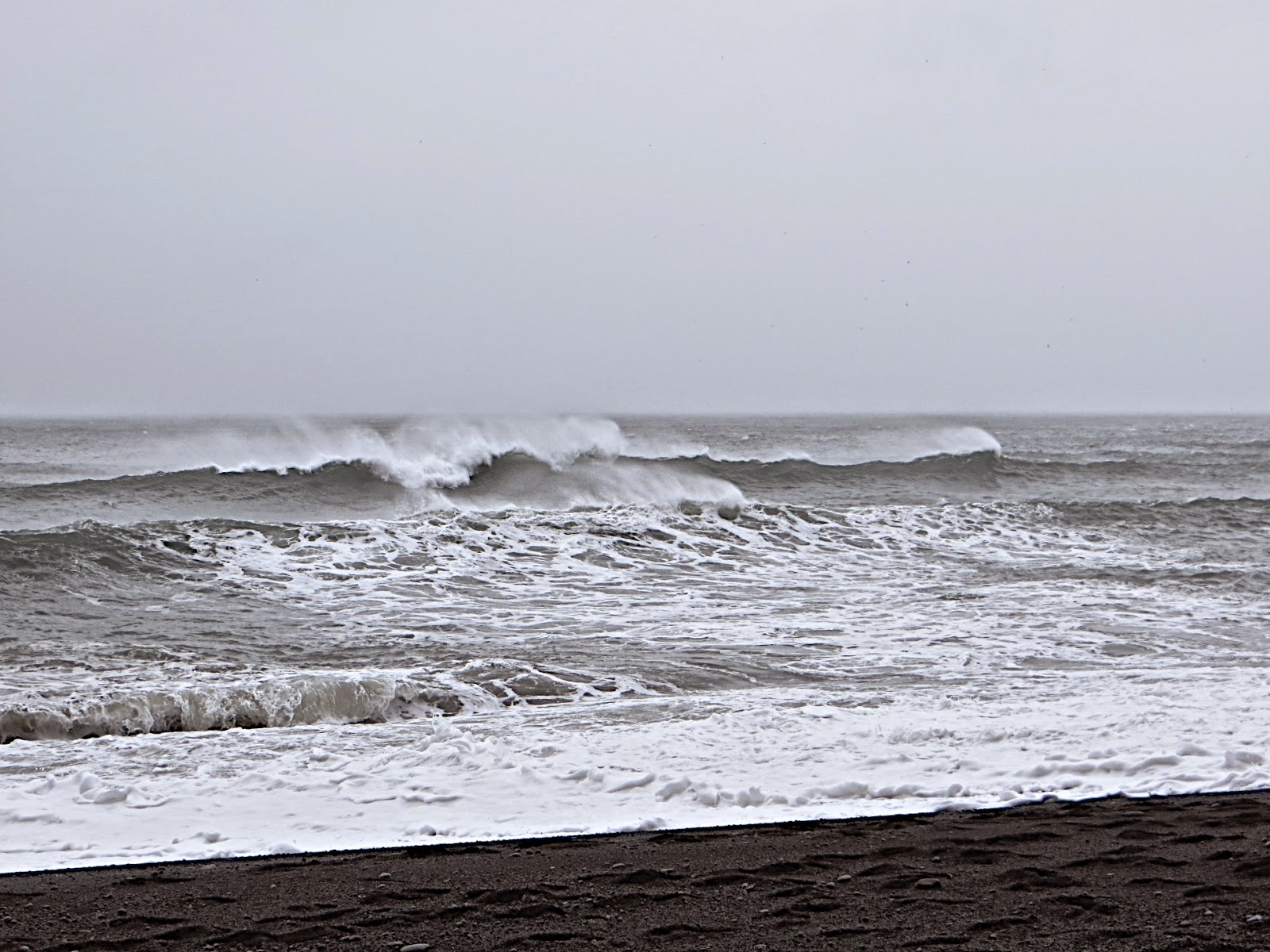 A Black and White World ~
In Living Color! 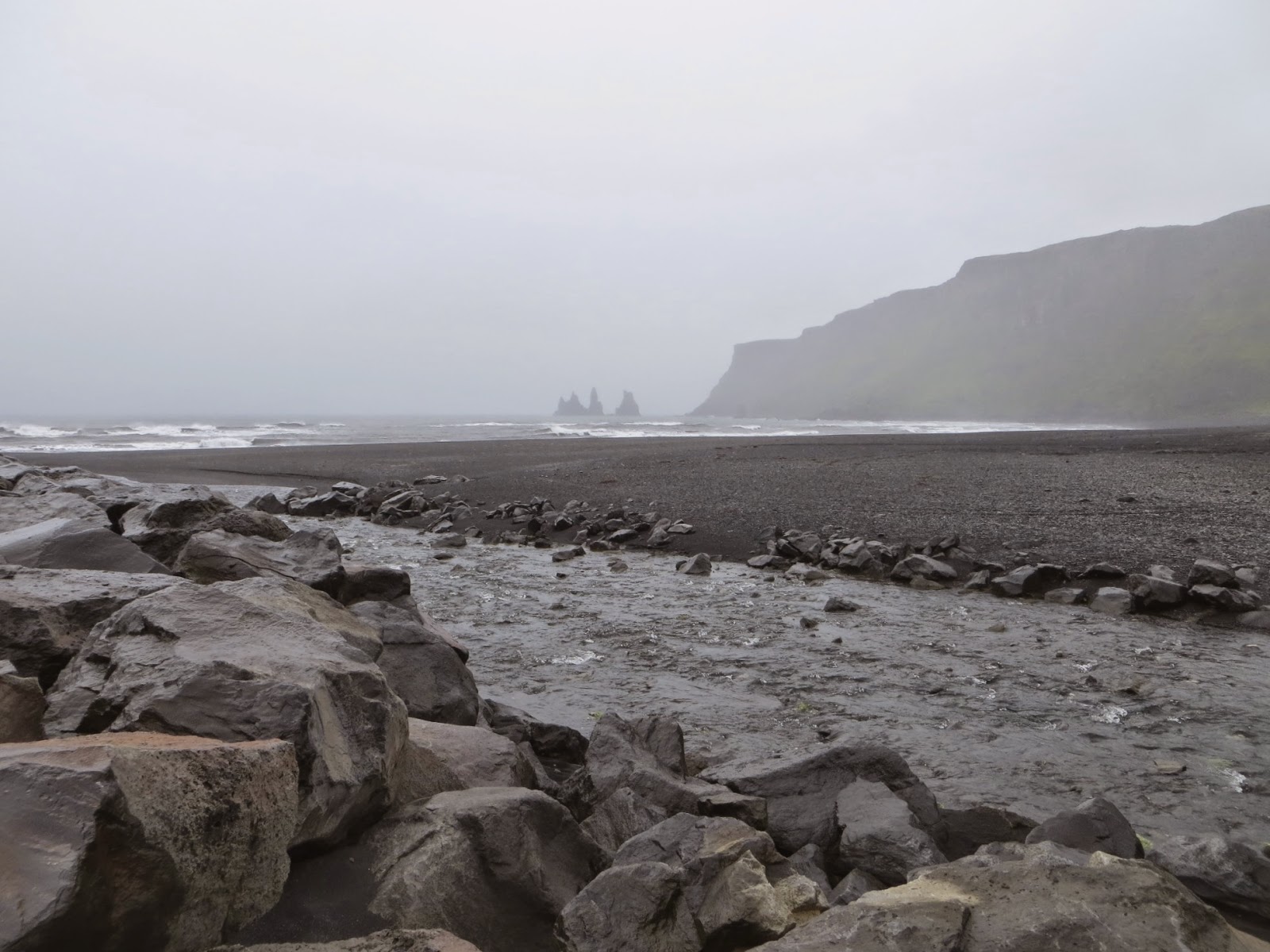 Vik, Iceland ~ With a Hint of Green 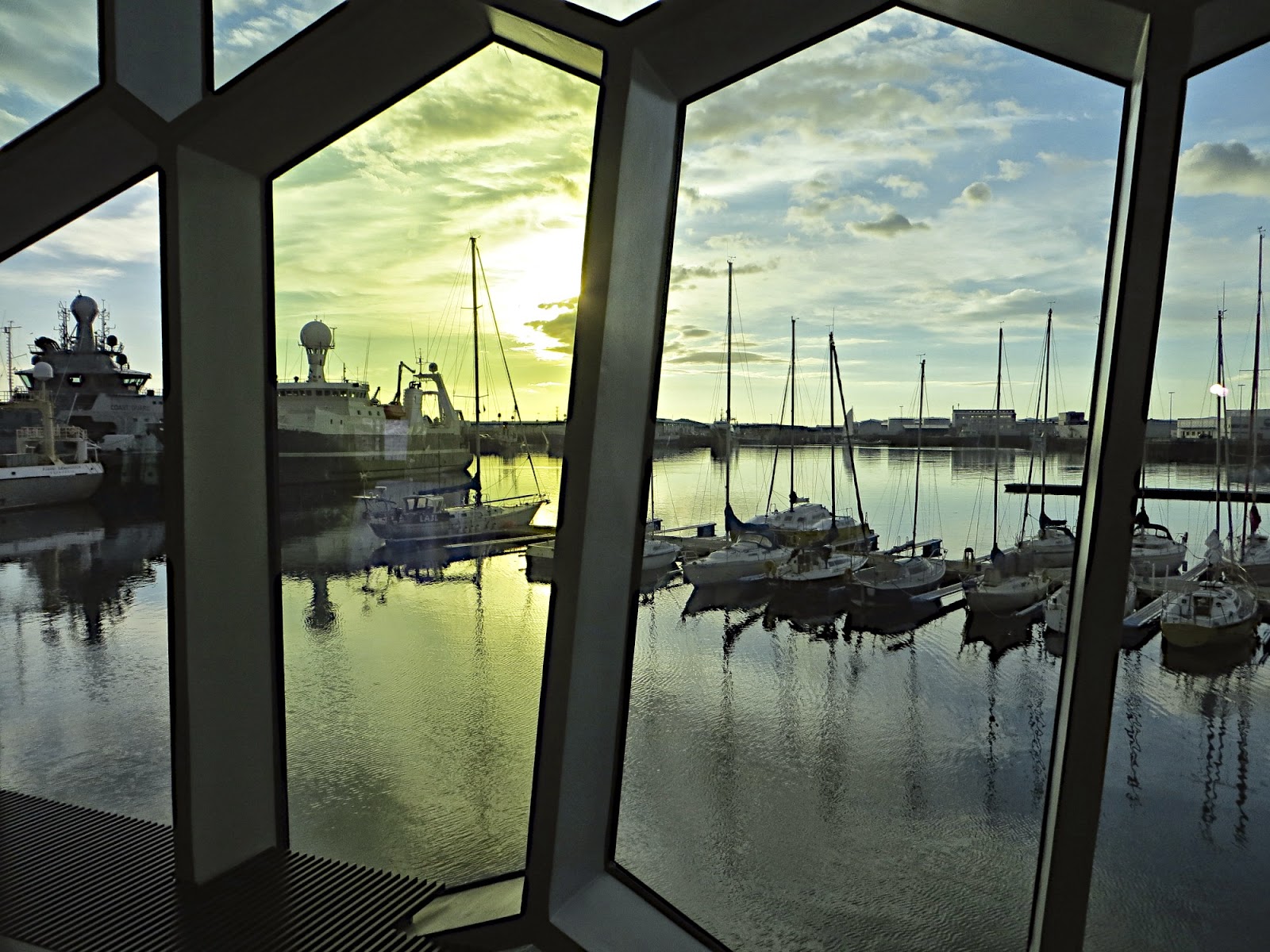 Reykjavik Harbor
from Inside Harpa Concert Hall and Conference Centre 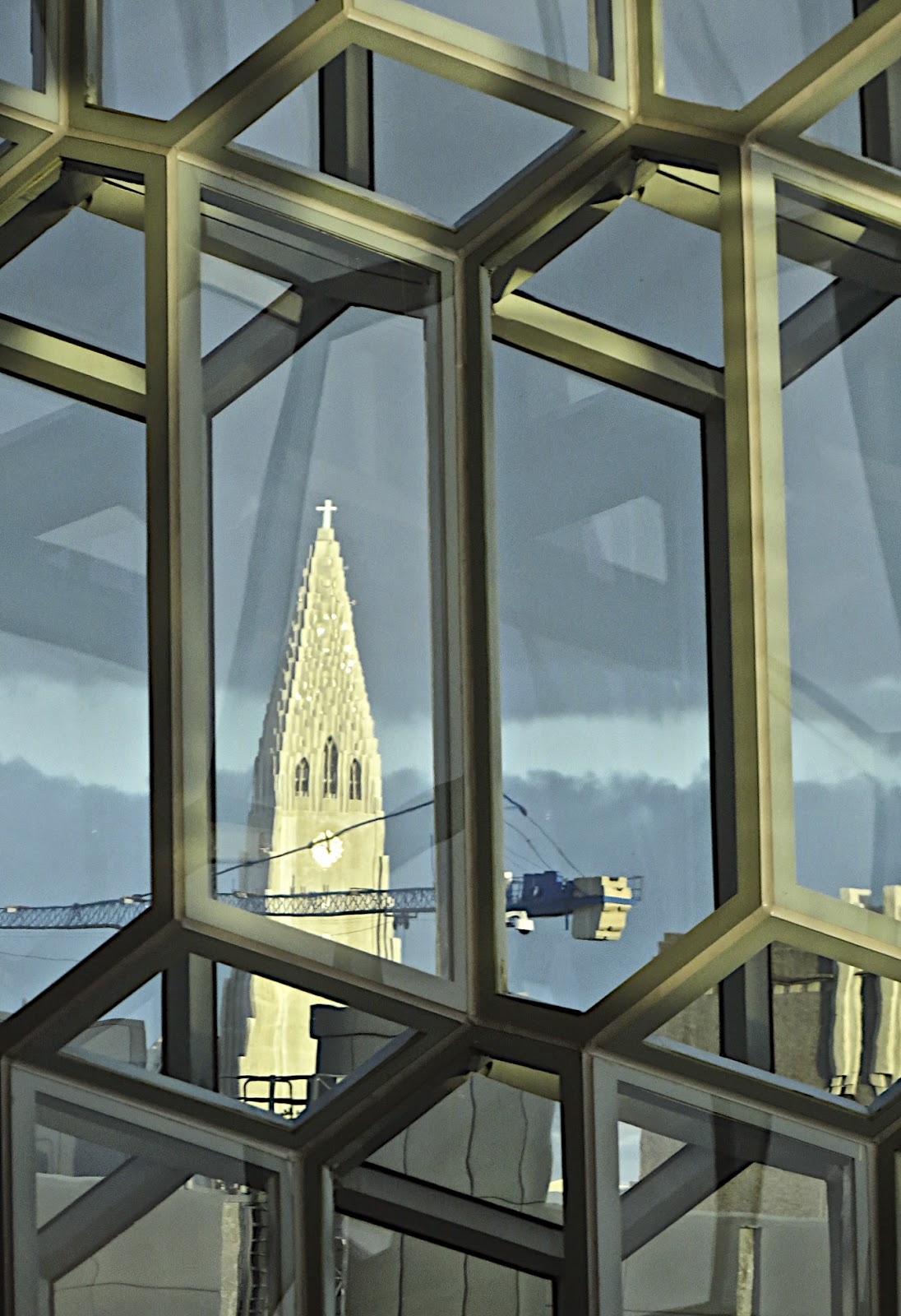 Hallgrímskirkja from Inside Harpa 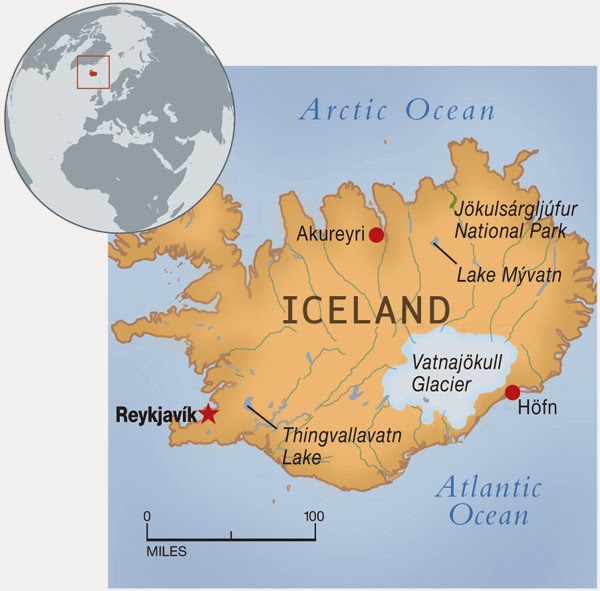 January's List:
Something new,  Landscape,  Words,  Cold,  Bottle,  Up high,
In the fridge,  Texture,  Hidden,  Blue,  Big,  and
What ever you want