The Lansdowne Letters: Word Pictures on an Inclement Day

Friday again!
Sometimes, especially in
this busy holiday season,
I’d love to have a lazy, inside day
with nothing intruding from outside.

No computer, no TV, no phone ~
curled up on the couch
with a good book:
PURE BLISS!!


My father's world moved at a slower pace
a half a century ago, as he showed
on Saturday, October 1, 1960
when he wrote from Lansdowne House: 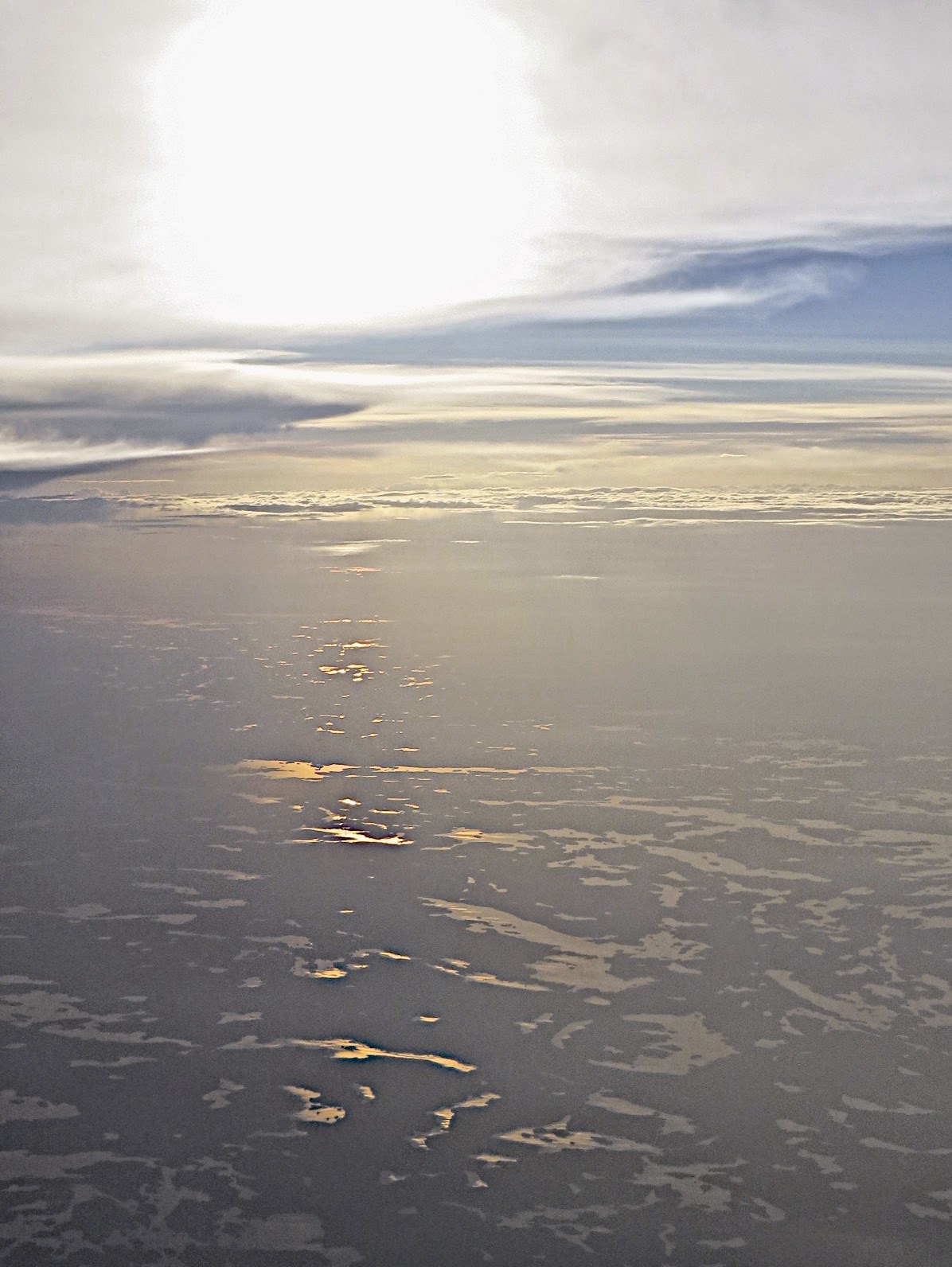 Evening Folks:
Today was
sort of
a lost cause
as days go.
It rained,
or snowed,
or tried to do one
or the other
most of the day.

All in all,
the weather was inclement.

Sunset over
Northern Ontario.
On route to Iceland
May 2014

Uno and I spent the morning in bed
trying to persuade ourselves
that we should get up
and get our housecleaning done.

We finally made it up for dinner,
but not before we were fifteen minutes late.

The reason we were so reluctant,
or perhaps I should say reasons,
were first it was very cold, and second,
we had been up very late last night.

We didn’t get home from MacRaes'
till about two o’clock in the morning.
I am getting to be an awful
early-to-bed, early-to-rise boy
and can’t take these late nights like I used to.


We played bridge till
about eleven o’clock,
and then Brian, the clerk
at Hudson’s Bay,
dropped in.

After that we didn’t know
what to do
because only four
can play bridge.

Then I introduced those poor
uninformed upper Canadians
to Auction Forty-Five.
They were quite taken with the game
and insisted on playing it into the wee small hours.


It’s funny about that game.
I never found anyone
outside the Maritimes
who plays the game.
Must be a Maritime game exclusively.


I hope that something happens
to perk up the letter this week,
for so far it strikes me as being very humdrum.
However, if I can stand living it,
I guess you can stand hearing about it.

We finally got around to doing
our house cleaning this afternoon,
and then I finished answering my mail,
something I had started this morning in bed.

After that, Uno slept,
and I read some more of a book
that I am engrossed in.
The name of the book is Advise and Consent
by Allen Drury.


It is a novel about
Washington politics,
and it is absolutely fascinating.
If you have a chance to beg, borrow,
or steal the book do so.

It is quite long, about 600 pages,
but I feel that once you get into it,
you will find it difficult to put down.


It starts off kind of slowly,
but it rapidly picks up interest.
Actually, there is no great suspense
like one encounters in a detective novel.

It is just a novel about the machinations
necessary to get a controversial bill
or appointment through the U. S. Senate.

What makes it so utterly fascinating
is the exquisite word pictures
of the various Senators and other assorted characters.
The author makes them seem so human. 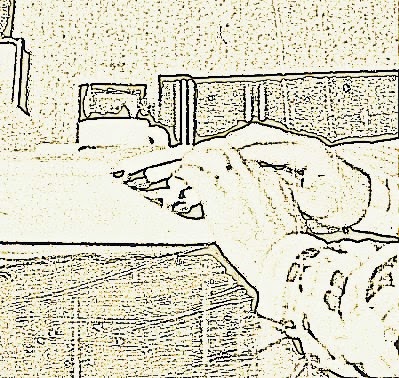 This evening Uno and Brian
went up to the show at the hall1,
and I typed this
and wrote a few other letters,
private ones to Sara,
and some official correspondence.


Well, that brings us to the end of a very uninteresting day.
The bridge game was cancelled
because Bill Mitchell was down with a cold.


Notes (FB):
hall1 ~ Father Ouimet showed movies
in the rec hall on Wednesday and Saturday nights
for anyone in the community who wished to come.
The Three Stooges and Western movies
were very popular with the Indians. 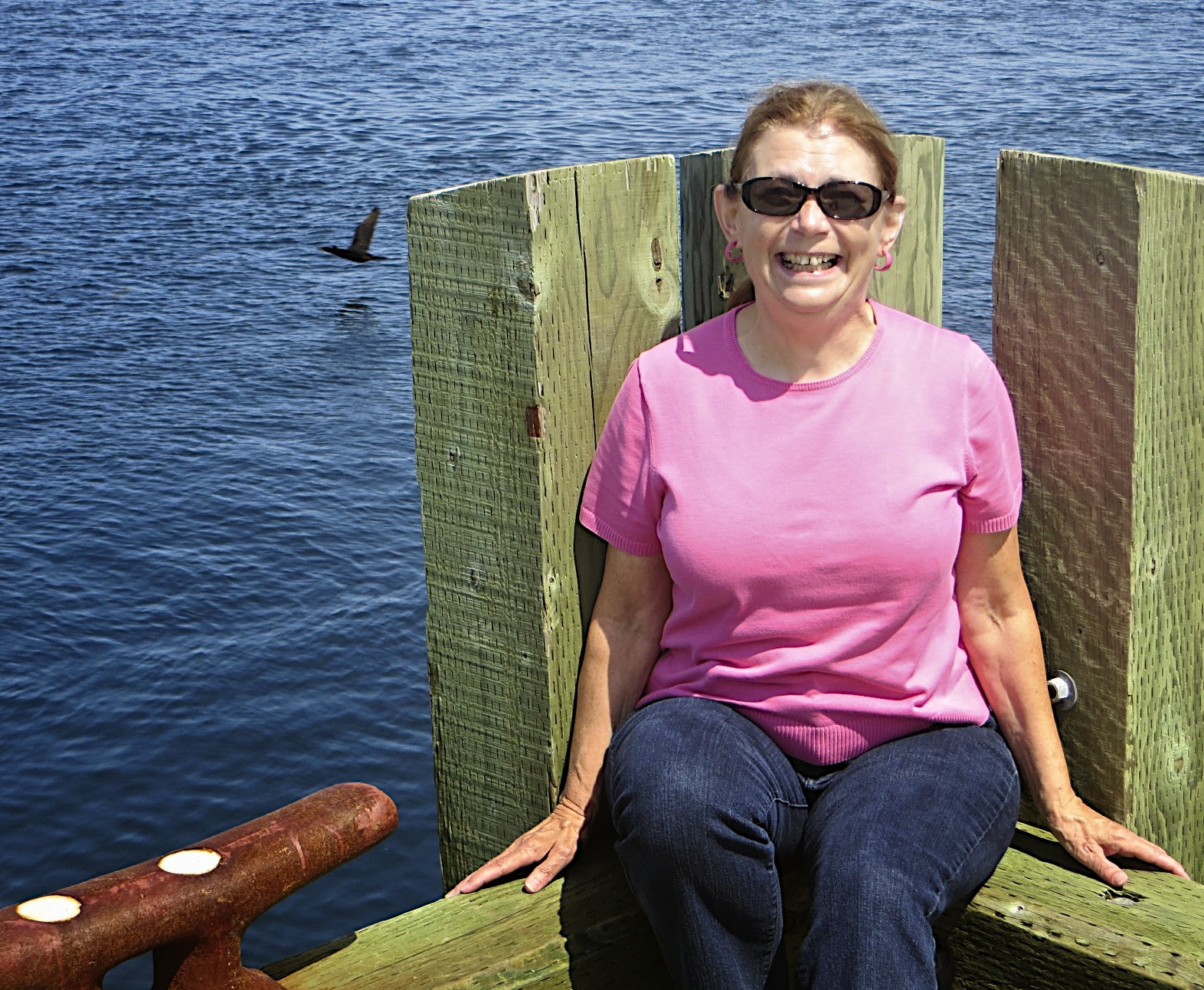 I'll be taking a brief break
from my Friday Northern posts
during Christmas week.
My next Northern post will be on
Friday, January 2, 2015
Happy Holidays Everyone! ~ Fundy Blue.