Last Saturday afternoon,
Terry and I were flying through our walk
because it was cold and the sun was dropping in the sky.

"You're quiet," he remarked as we passed the by tornado siren.
"What are you thinking?"

"What to say in my blog about The Hobbit movie," I answered. 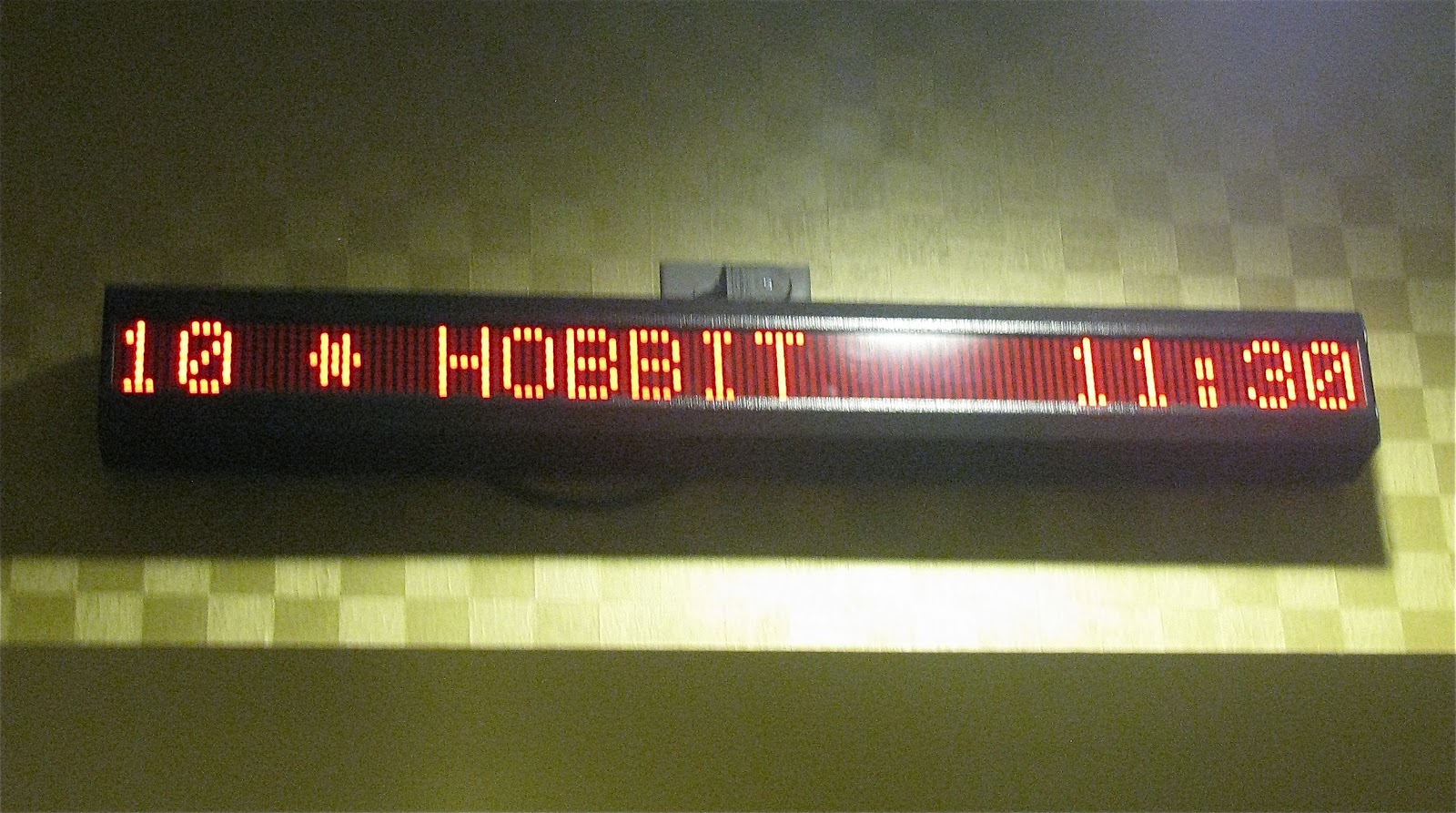 "Whoa, big surprise!" he said with a hint of sarcasm.
"How about: She loved it?"

"Be serious!  Yes, I did love it!
But I wasn't sure at the beginning."

"I fell asleep at the beginning," said the Ever-Patient Terry.
Hobbits and dragons, dwarves and elves are not really his thing.
He only went to humor me.

"You what?!  How could you fall asleep during the unexpected party?!

"It was a little boring.  Bilbo.  Frodo.  Gandalf.
All those dwarves and all that food."

"I have read that to countless kids, and they all found it funny!"

"Well that's just it.  They were kids," said the E-P,
as if intelligent adults did not deign to seriously think about hobbits or dragons.
"It didn't really get going until that big dwarf showed up."

"The bad guys were kind of cool," Terry continued.  "But the goblins were too big."

"Too big?  Bilbo is small.  The dwarves are small.
The goblins were the right size compared to the dwarves and the hobbit."

"You mean the Great Goblin, the goblin king?"

"He was creepy!"
Finally, something we could agree on - the Great Goblin was disgustingly creepy!


I have read and studied the works of J. R. R. Tolkien for decades.
I have read The Hobbit aloud and silently more than any other book in my life.
When the movie began, I found myself off balance.
My dissonance came from trying to reconcile my vision of the story with Peter Jackson's.
Once I let go of mine and relaxed into his,
I was captivated by this journey into a darker, richer, more mature Hobbit.
I think Tolkien would have appreciated Jackson's vision of Faërie
explored in The Hobbit:  An Unexpected Journey.

In 1939 Tolkien presented "On Fairy-Stories"
as the Andrew Lang Lecture at the University of St. Andrews in Scotland.
The lecture was subsequently published in a now out-of-print collection of essays,
Essays Presented to Charles Williams, by Oxford University Press in 1947.

When Tolkien's published books gained worldwide attention,
his lecture was published again as an essay in a little book called Tree and Leaf
by Unwin Books in 1966.
The significance of the essay is that in it Tolkien explains his theory of Sub-creation. 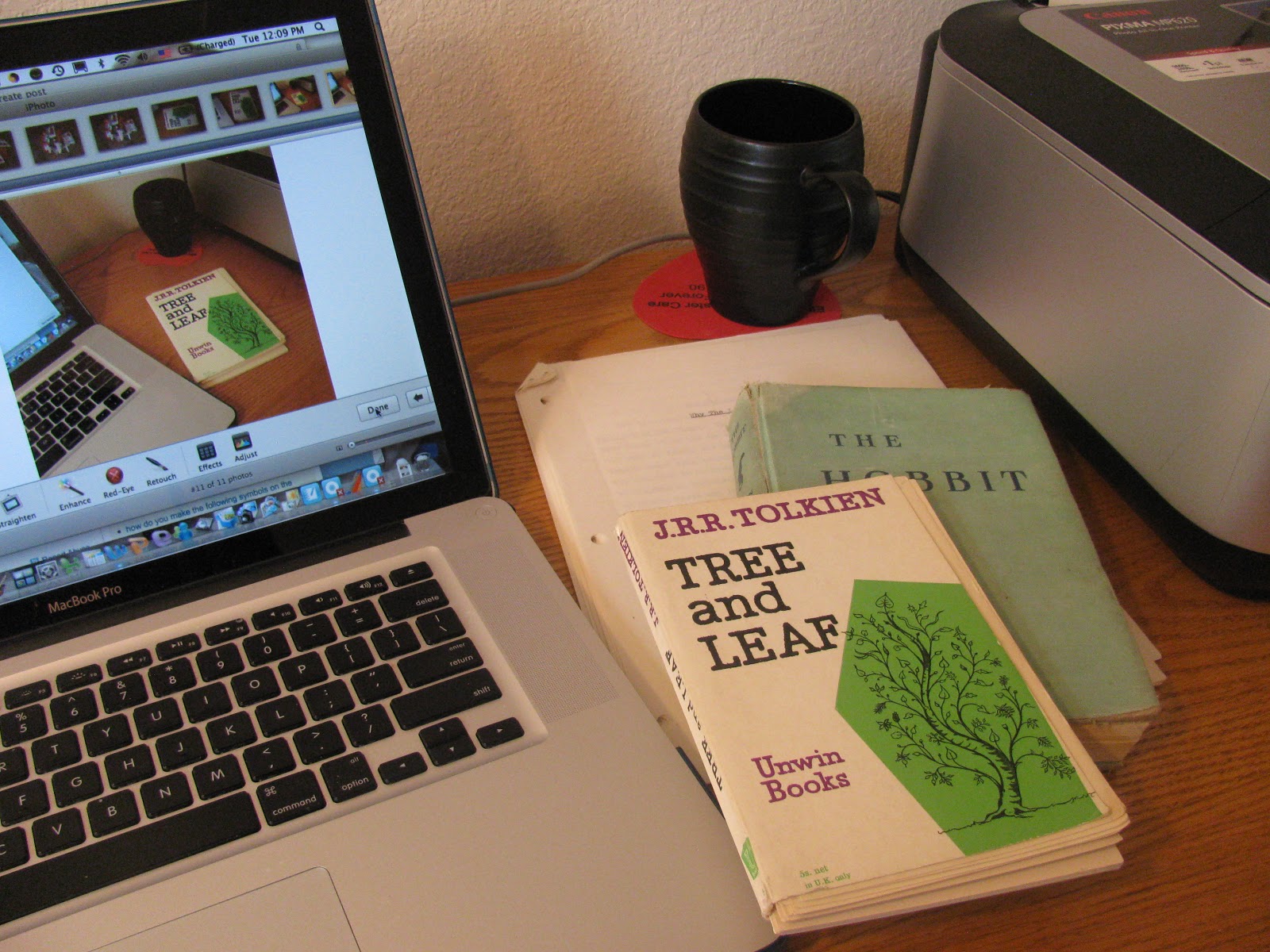 My copy of this book is in tatters from much use!


Tolkien considered Sub-creation as the goal of fantasy.
Fantasy begins in the human imagination,
that faculty of the human mind capable of creating mental images
and combining them into secondary worlds.

It ends in sub-creation,
the mental images captured and preserved in a concrete form,
whether painting or book, sculpture or film.

What separates successful fantasy from unsuccessful fantasy
is the quality of the art
linking the secondary world of the imagination
with the expression of the sub-creation.
If the sub-creator's techniques are good enough
to achieve an inner consistency of reality within the work,
then the fantasy succeeds.
If not, it fails.

While I have seen only the first part of The Hobbit movie trilogy,
I think Jackson's fantasy succeeds.
For me, Jackson's movie rang true.
It achieved that inner consistency of reality,
the moment I let my vision go and relaxed into Jackson's.

Jackson has taken a short children's story
written before Tolkien had conceived of The Lord of the Rings
and transformed it into a longer, more adult tale
by incorporating material from the appendices of  LOTR's Return of the King.
Appendix A, Part III recounts the history of the dwarves or Duran's Folk.

Tolkien wrote in Part III:
"But at last there came by chance a meeting between Gandalf and Thorin
that changed all the fortunes of the House of Durin, and led to other and greater ends beside."
(LOTR, Vol. 3, "The Return of the King," 2nd ed., Houghton Mifflin Company, Boston. 1967, p. 359)

Gandalf was concerned about the rising power of Sauron
and Thorin was troubled by Smaug, the Dragon of Erebor, among other worries.
What came out of that chance meeting of the two in Bree on March 15, 2941
was the quest of Thorin and his twelve dwarf companions
to kill Smaug and reclaim Erebor as their home.
Gandalf arranged for Bilbo to accompany the dwarves on their quest,
and one of the results was that Bilbo brought the One Ring back into play the world,
not hidden at the roots of the Misty Mountains. 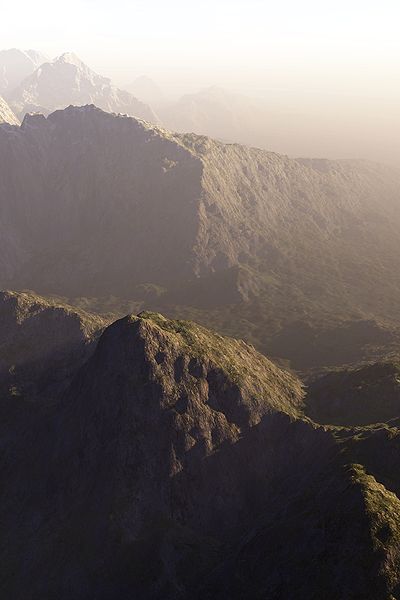 By starting the first Hobbit movie with Bilbo, Frodo, and Gandalf
and linking it to the beginning of the movie The Fellowship of the Ring,
Jackson has found a way to weave all six movies into a poignant tapestry
that illuminates the human heart.

One final word on fantasy.
Based on my study of "On Fairy-Stories,"
I think that to Tolkien there was no life's work more valuable than the writing of fairy-stories.
Tolkien said,
"Fantasy remains a human right:
we make in our measure and in our derivative mode, because we are made:
and not only made,but made in the image and likeness of a Maker."
(Tolkien, Tree and Leaf, p. 50)

Tolkien and Jackson are Sub-creators, and their stories and movies are Sub-creations.
I think that Tolkien not only would have appreciated Peter Jackson's movies,
I think he would have respected Jackson's cinematic vision as successful fantasy.

Poor Terry!
He made the mistake of asking me what I was thinking.
We walked a long way, and I forgot all about the cold.
I'm so into Tolkien!
It's good that the E-P is used to me and loves to see me happily engrossed in my passions.
The sun was down by the time we made it home. 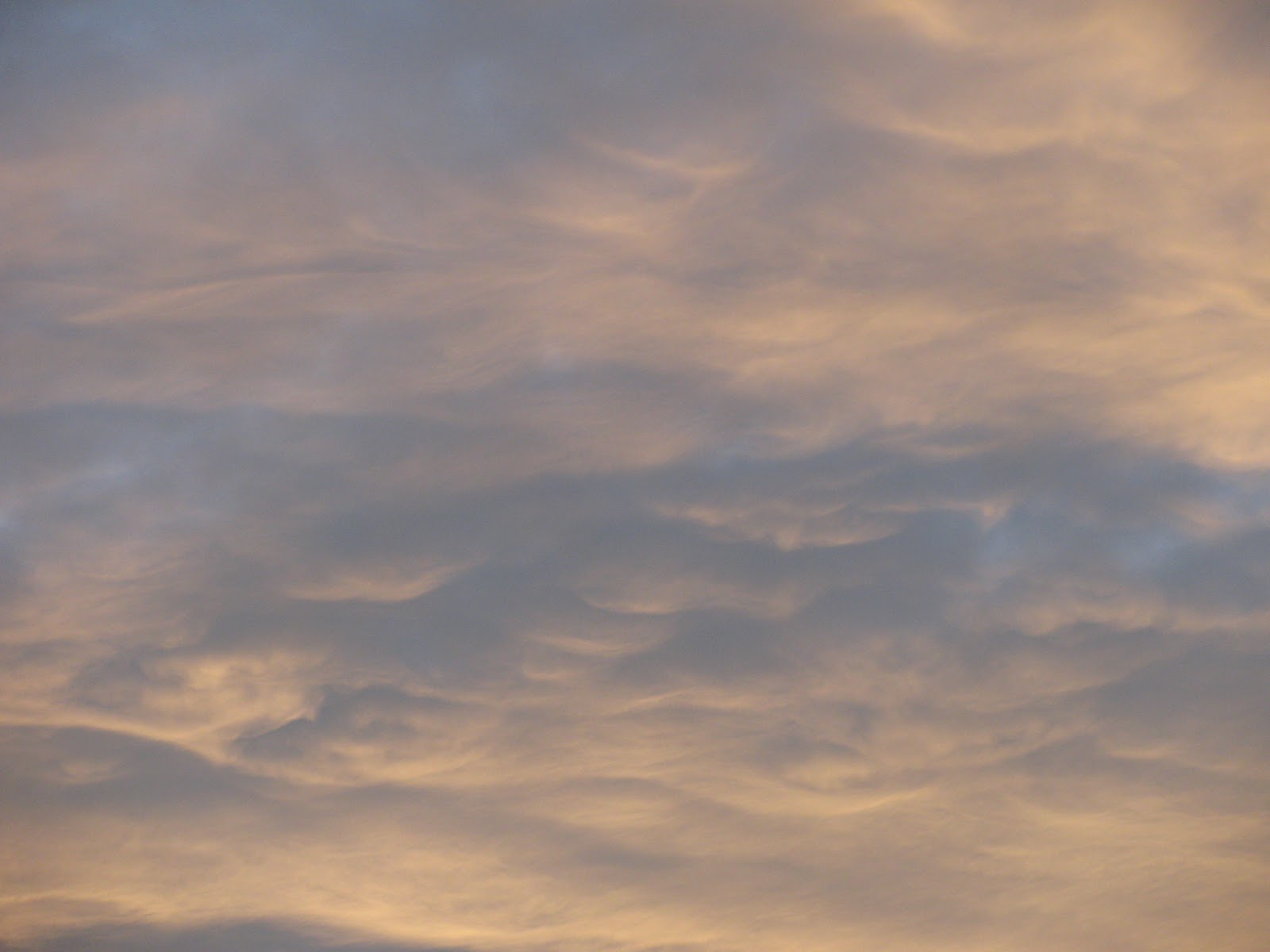