Not Another Starbuck's Christmas CD!

They call Terry and me "The Clones" on my side of our family.
My brother Roy calls us "Thing 1 and Thing 2."
He's been pushing my buttons since he exited the womb. 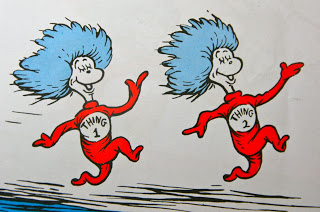 Thing 1 and Thing 2
The Cat in the Hat by Dr. Suess
http://thekathrynwheel.blogspot.com/2012/06/carrot-by-jill-penney-daisy-daisy.html

After thirty years together, I'm thinking:  Not so much!

For example, I am a collector.  He is not.

Now, I admit, T has a closet stuffed with a serious collection of clothes;
but he is not a collector of clothes.
He just suffers from serious separation anxiety - especially if I so much as look at
a ratty old workout shirt of his
while holding a bag for Goodwill, or God forbid, a rag bag.

He also has a serious collection of papers in his study;
but he is not a collector of papers.
He just suffers from a serious case of procrastination.
I don't look at those papers holding any kind of a bag.
I just close the door.

But I am a collector.
I have decades of letters,  hundreds of maps,
thousands of photographs,
numerous Tolkien books, and
at least 80 years of National Geographics
(with the most recent 50 years complete). 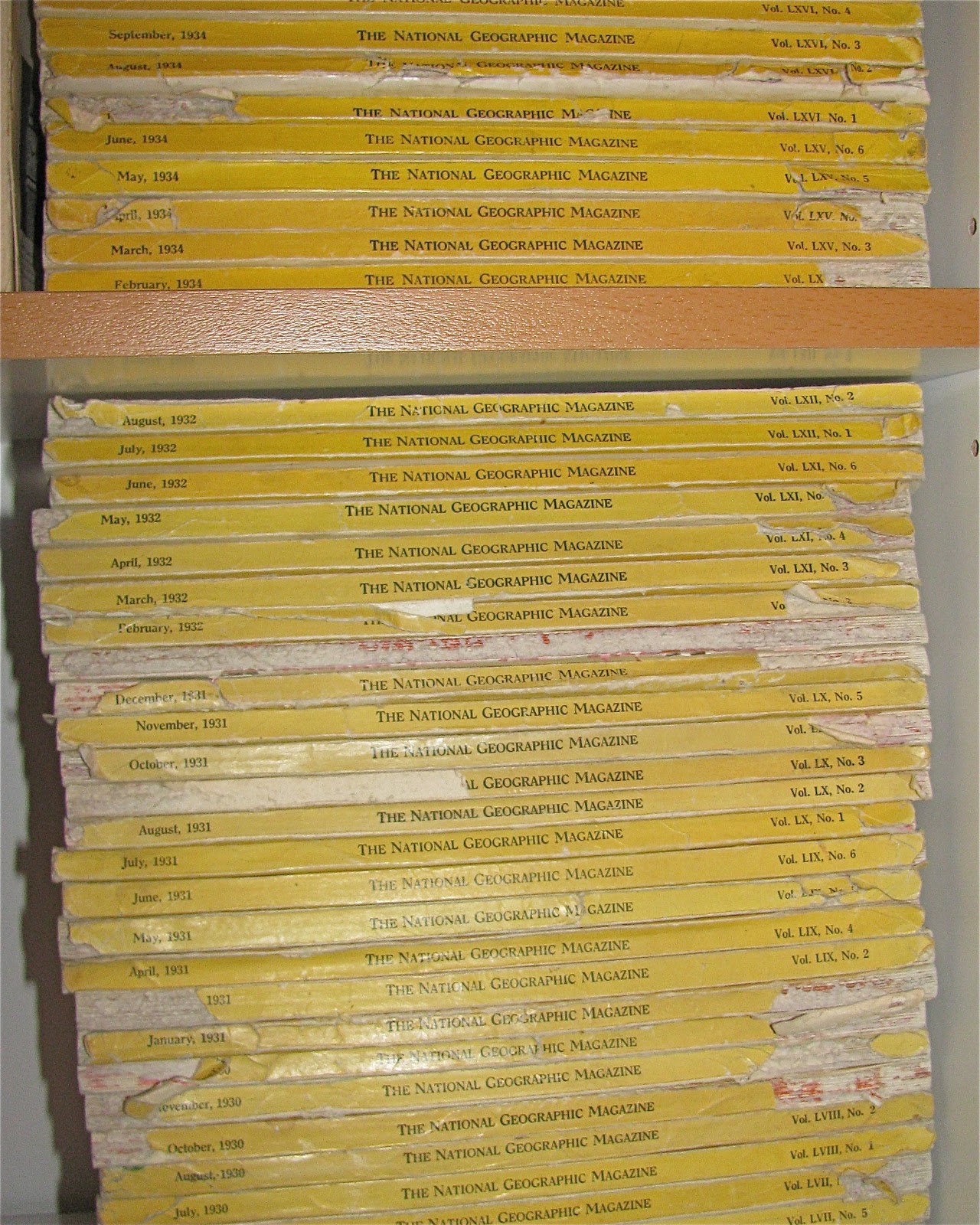 Not a pretty sight!
I admit it;
and, now that I'm retired,
I'm working on getting my beloved Geographics organized.

Nothing raises Terry's hackles more than my Geographics!
My collections of Christmas things come close.
With much prodding, he has cut me back to Frosty Friends, all things polar, and birds.
Seriously, could anything be cuter than these? 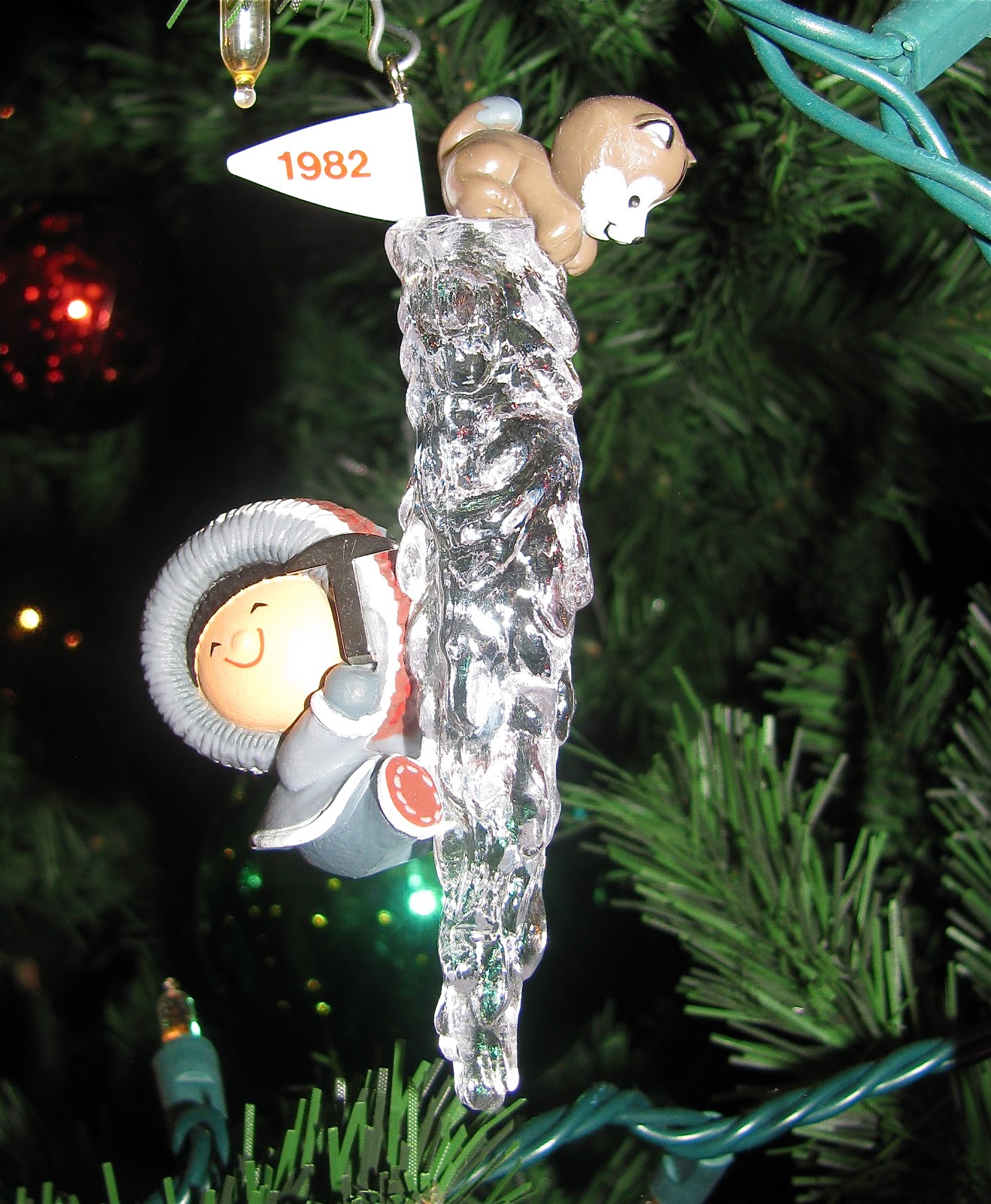 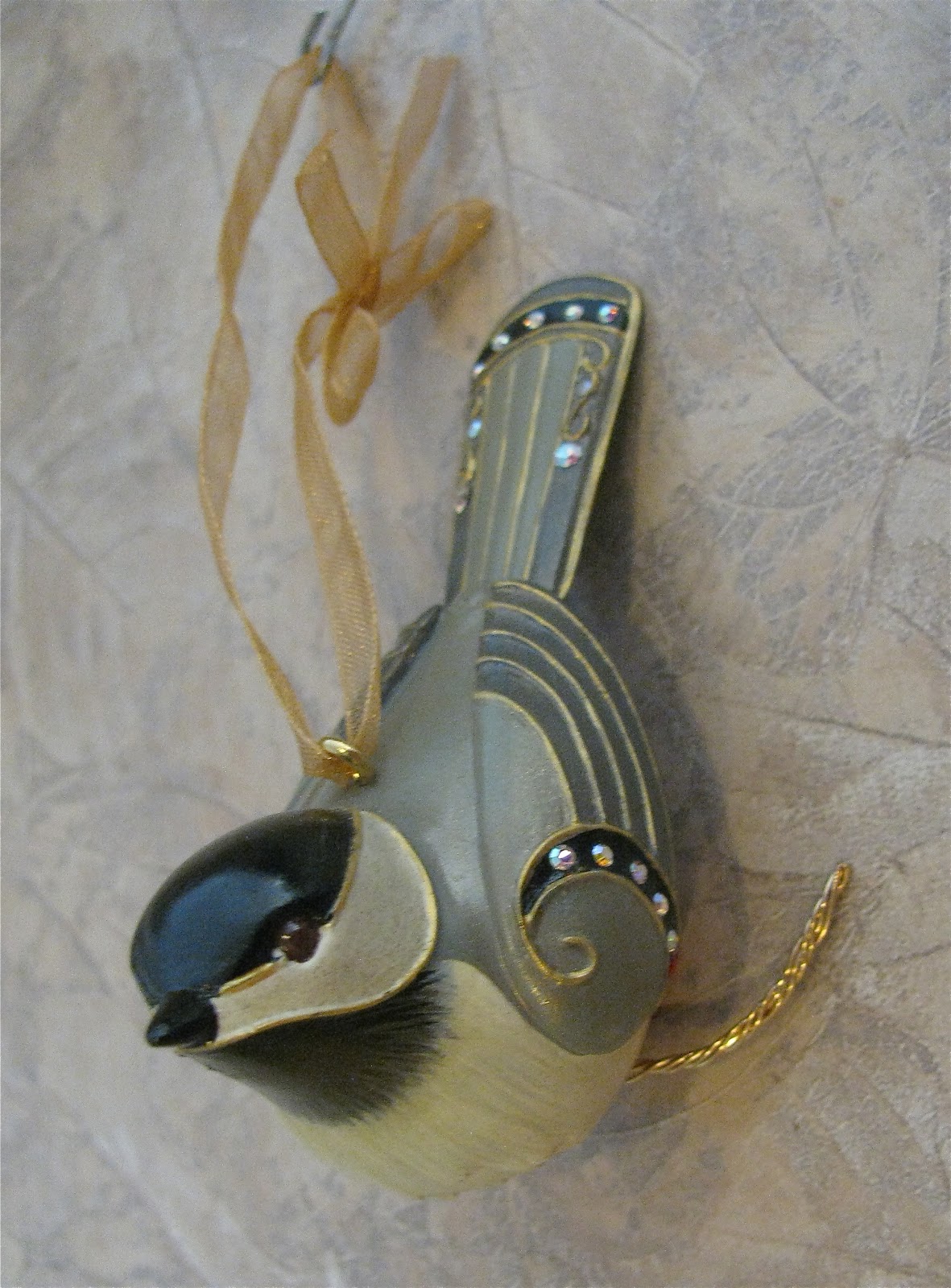 My first Frosty Friends was a Christmas gift from my parents in 1982.
The collection started in 1980.
I once considered paying $500 on eBay for a 1980 Frosty Friends;
but, only briefly.
I, my Frosty Friends, and my Geographics would have been out on the sidewalk in short order!
Terry doesn't get it.
He is not a collector.

"Not another Starbuck's Christmas CD!" says Terry.
He is NOT the Ever-Patient when it comes to my Christmas music collection.
"You have more Christmas music than you could play in a year of Christmases!"
He exaggerates.
I can play it all in the month of December.
"Just stay away from Starbucks!
I'll make you a full pot of coffee before I go!" says he. 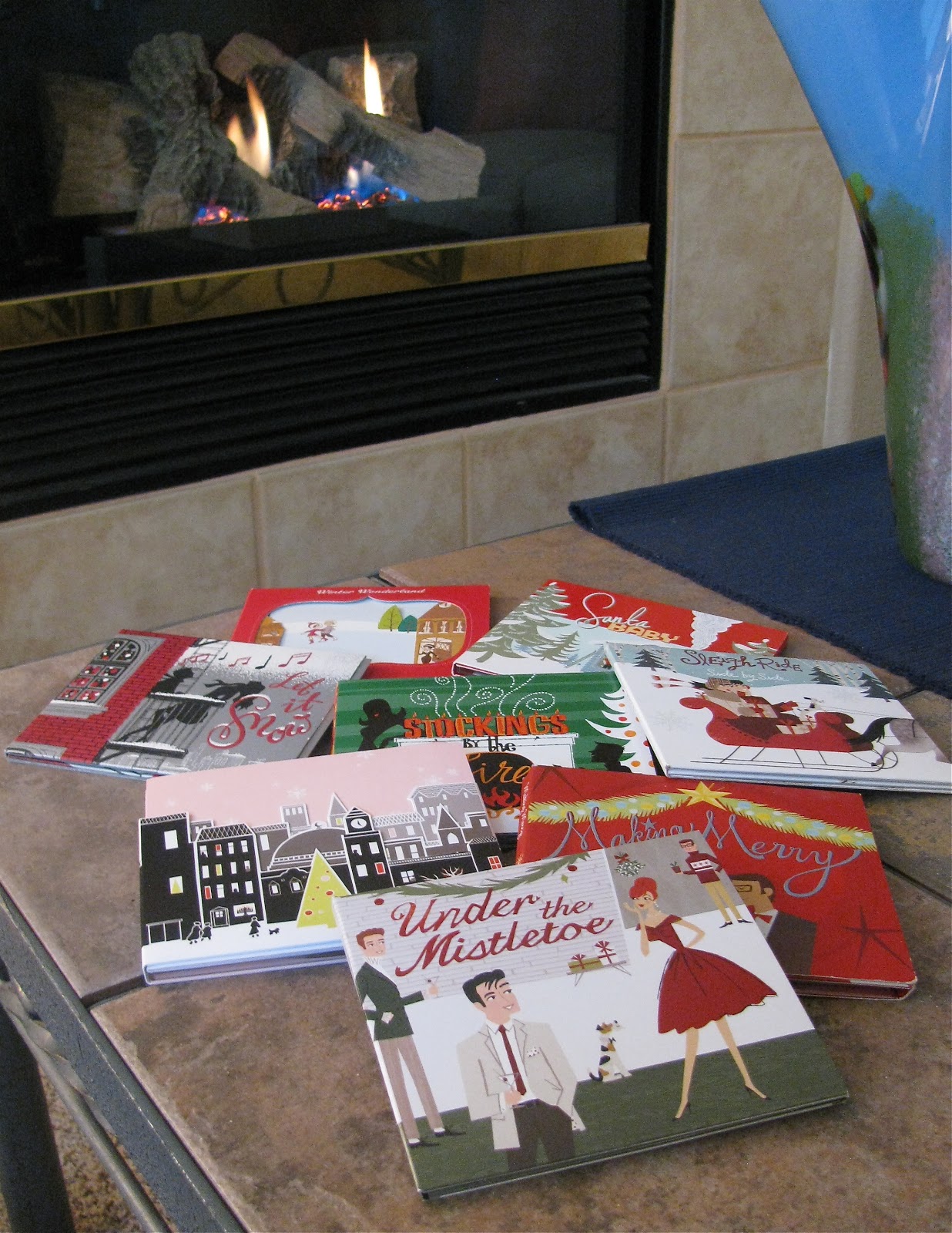 Oops!  I already bought this year's.
That cute little Barista guy (there are no baristos!)
kindly went back into the storeroom to dig it out
since it wasn't on display yet!
Santa was going to put this year's Starbuck's Christmas CD Under the Mistletoe
in T's stocking like he has for years,
but maybe he'll put a lump of coal in the toe instead!
Grinch!

So yesterday I put the CD on as the blizzard winds howled and the snow flew horizontally,
and I remembered exactly why the Starbuck's Christmas CDs are irresistible.
Every year, there is some incredible song I have never heard before.
This year was no different.
I discovered "Winter Song"written by Sara Bareilles.
She performed it with Ingrid Michaelson and the U.S. Coast Guard Band
at the 2010 National Christmas Tree Lighting.

Now I am not a musician nor a music critic,
but I know what I like,
and I love this song!
From the moment I heard its heartaches chords and its first words, I was hooked.

"This is my winter song to you.
The storm is coming soon.
It rolls in from the sea. 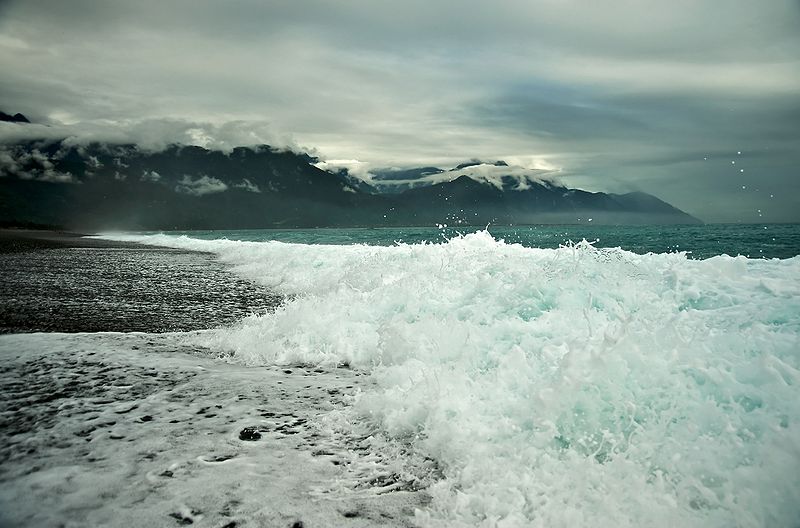 
"My voice, a beacon in the night,
My words will be your light
To carry you to me."
http://artists.letssingit.com/sara-bareilles-lyrics-winter-song-and-ingrid-michaelson-nmdr6h8#axzz2FcHnv9k6 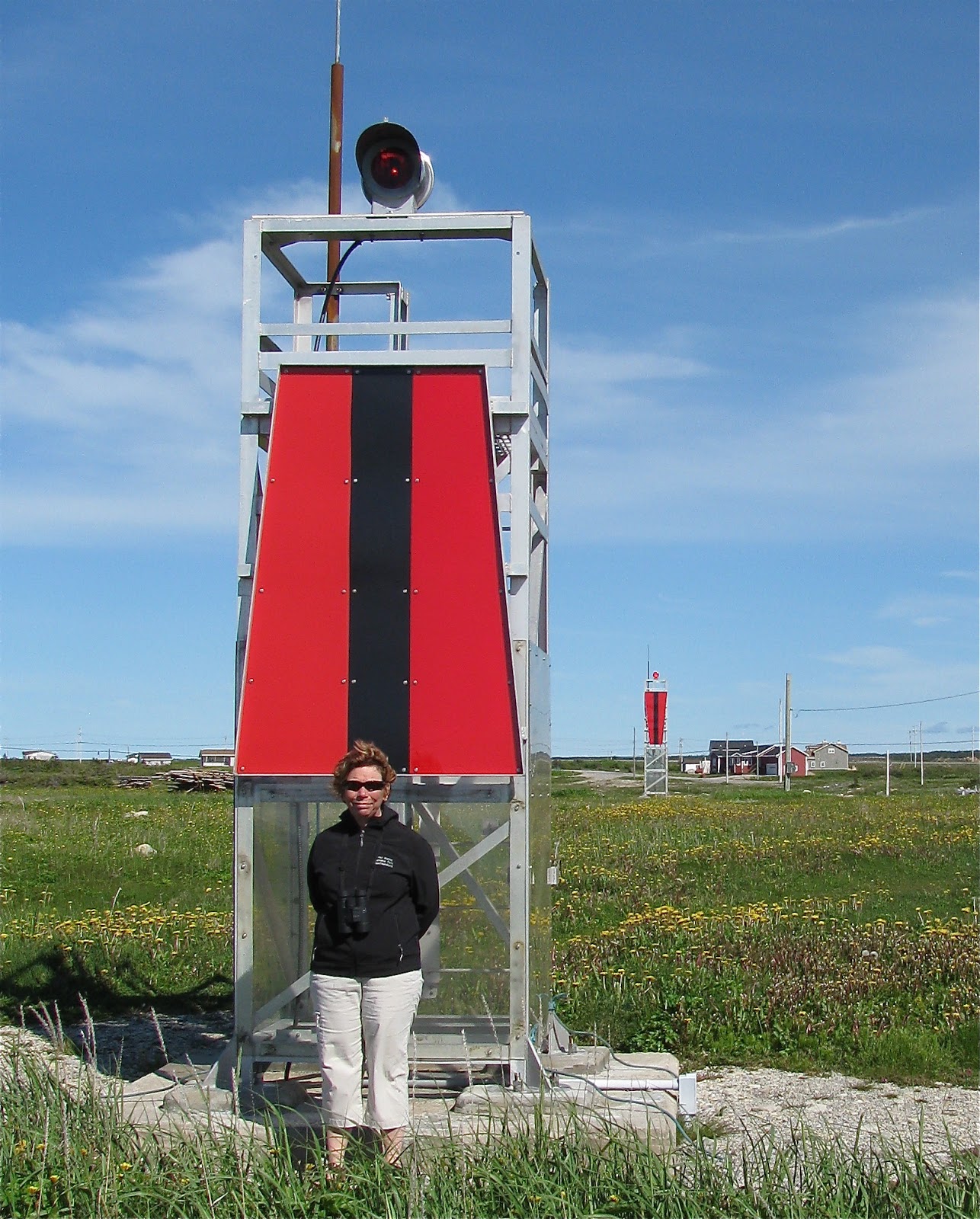 
Maybe "Winter Song" will haunt you too!
This is the cut on Starbuck's Under the Mistletoe:
Ingrid Michaelson and Sarah Bareilles, "Winter Song", White House National Tree Lighting, 2010.


Terry liked the CD too.
Whew!
After all he is the one who said early in our marriage,
"We really need to get some Christmas music to play at Christmas."
"Overboard Louise" as he likes to call me thinks
Mission Accomplished!
Have a good one.