Another great Newfoundland place to spot icebergs in recent years
has been the fishing village of St. Carol's,
just east of St. Anthony along the coast of Iceberg Alley.
It is a small community with about 22 houses and a population of 60-70 people.
http://www.thewesternstar.com/News/Local/2012-05-03/article-2969581/St-Carols-fisherman-dies-after-falling-on-boat/1 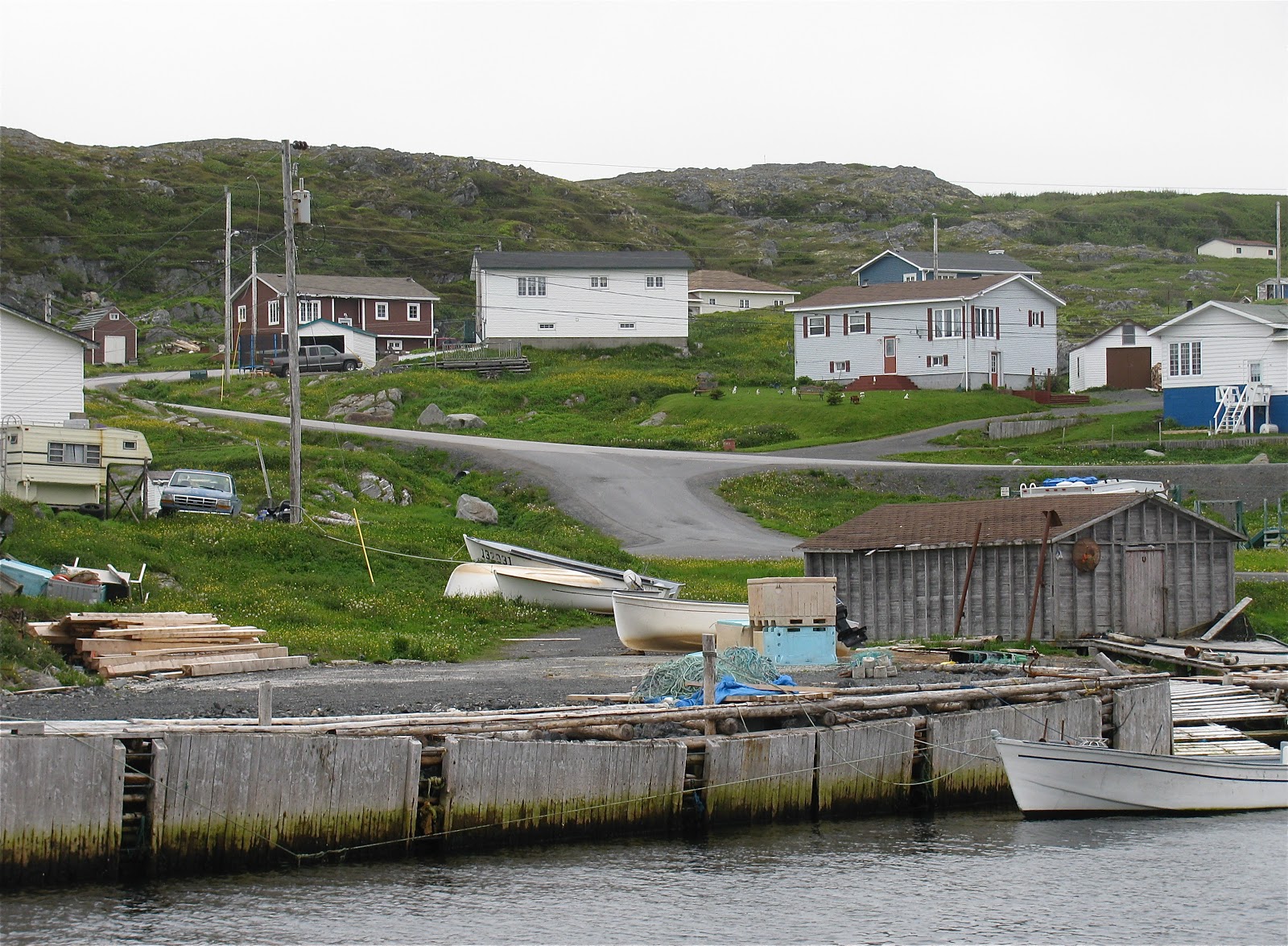 St. Carol's is located in a small cove protected by a breakwater.
It stands just a few feet above sea level.
Prior to the building of a road in 1970, access to St. Carol's was by boat.
http://www.northernpeninsula.ca/home/st_carols.htm 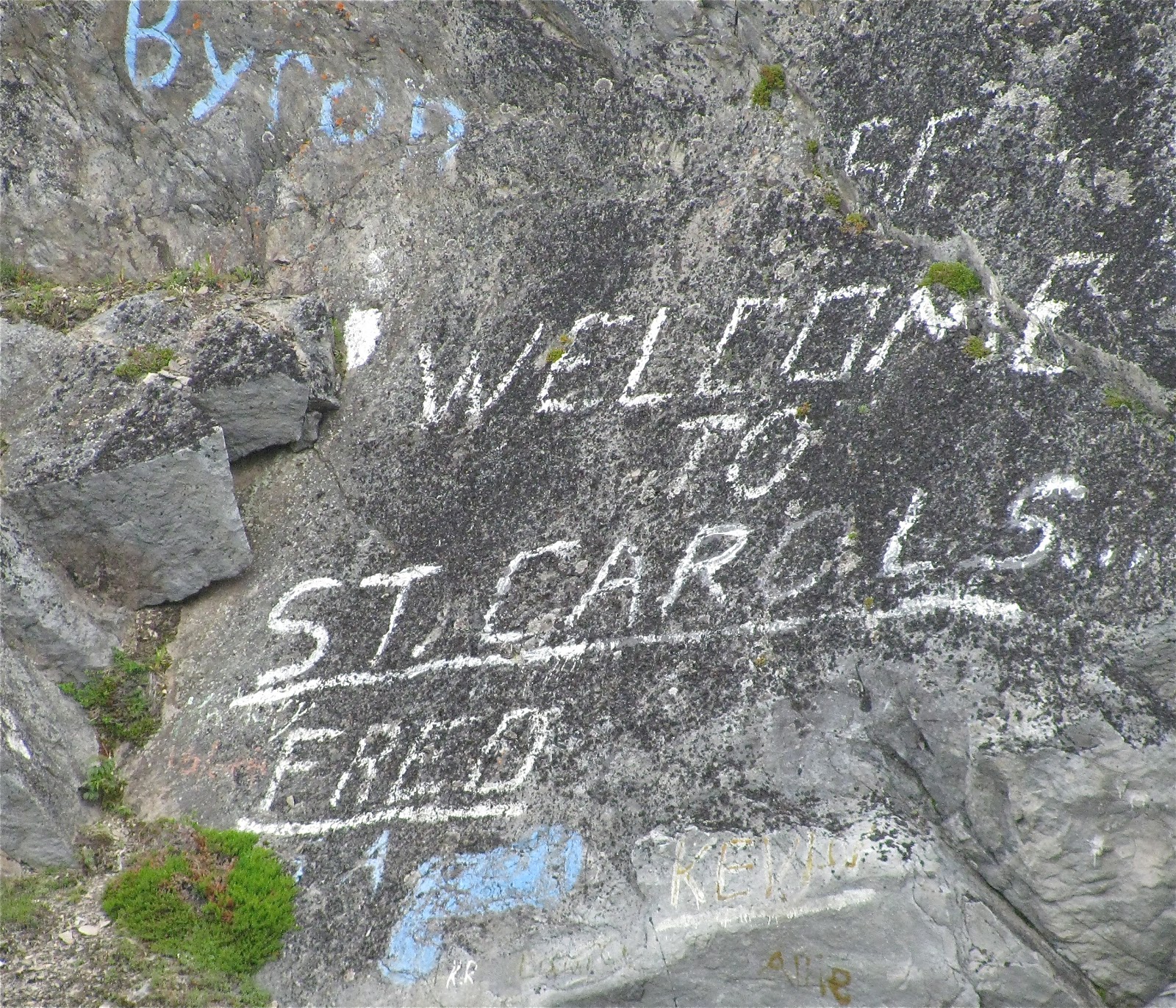 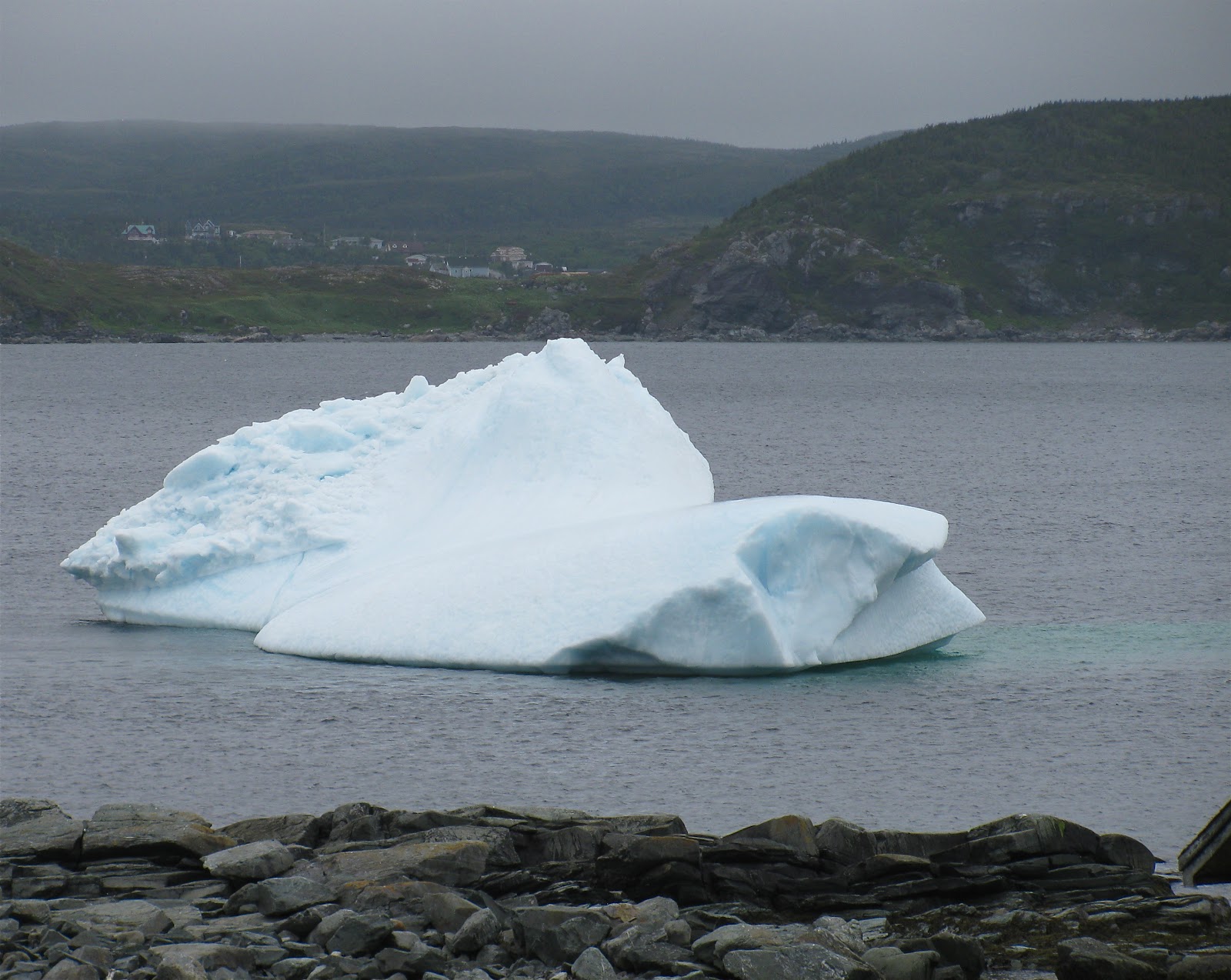 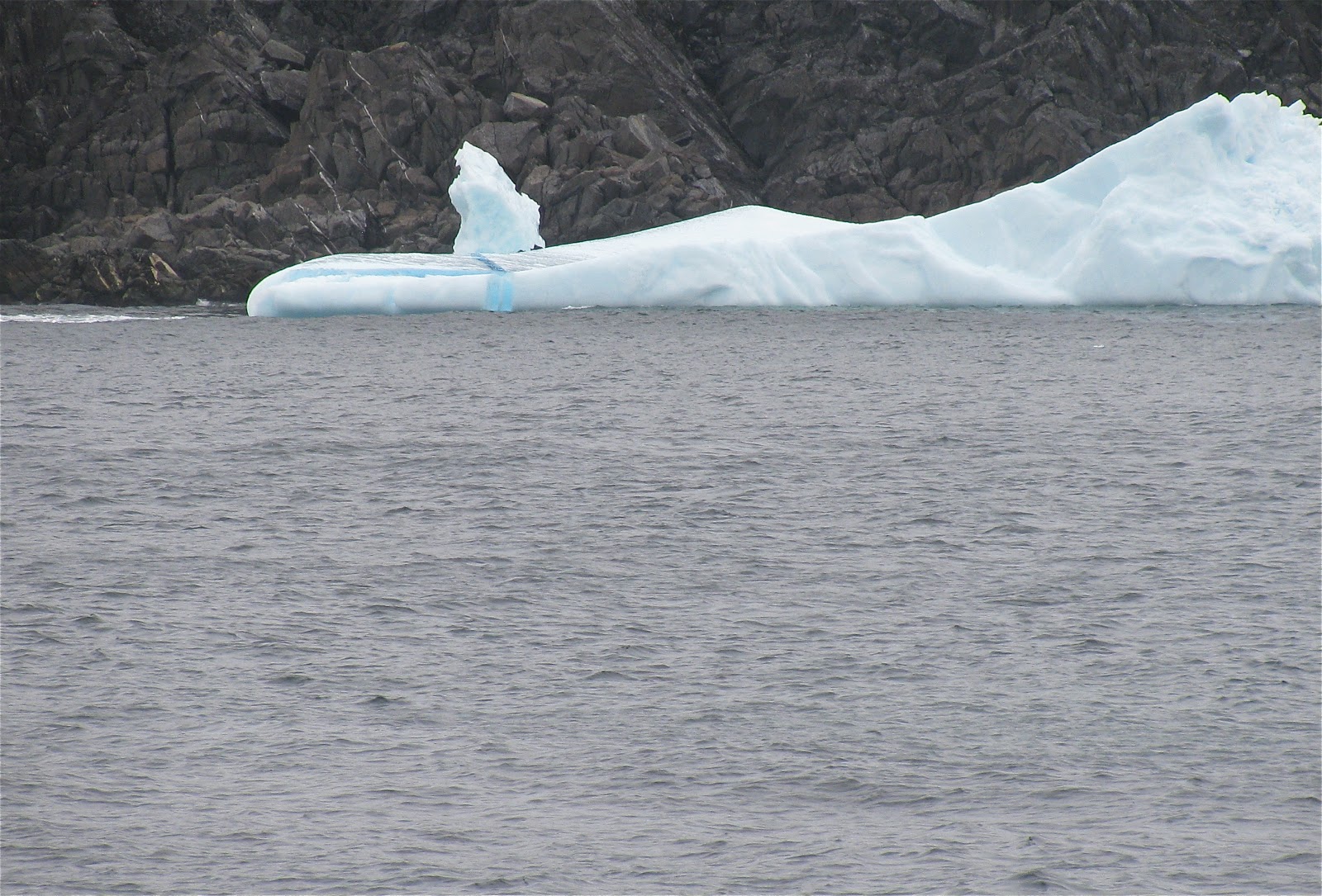 Iceberg in the Cove
St. Carol's 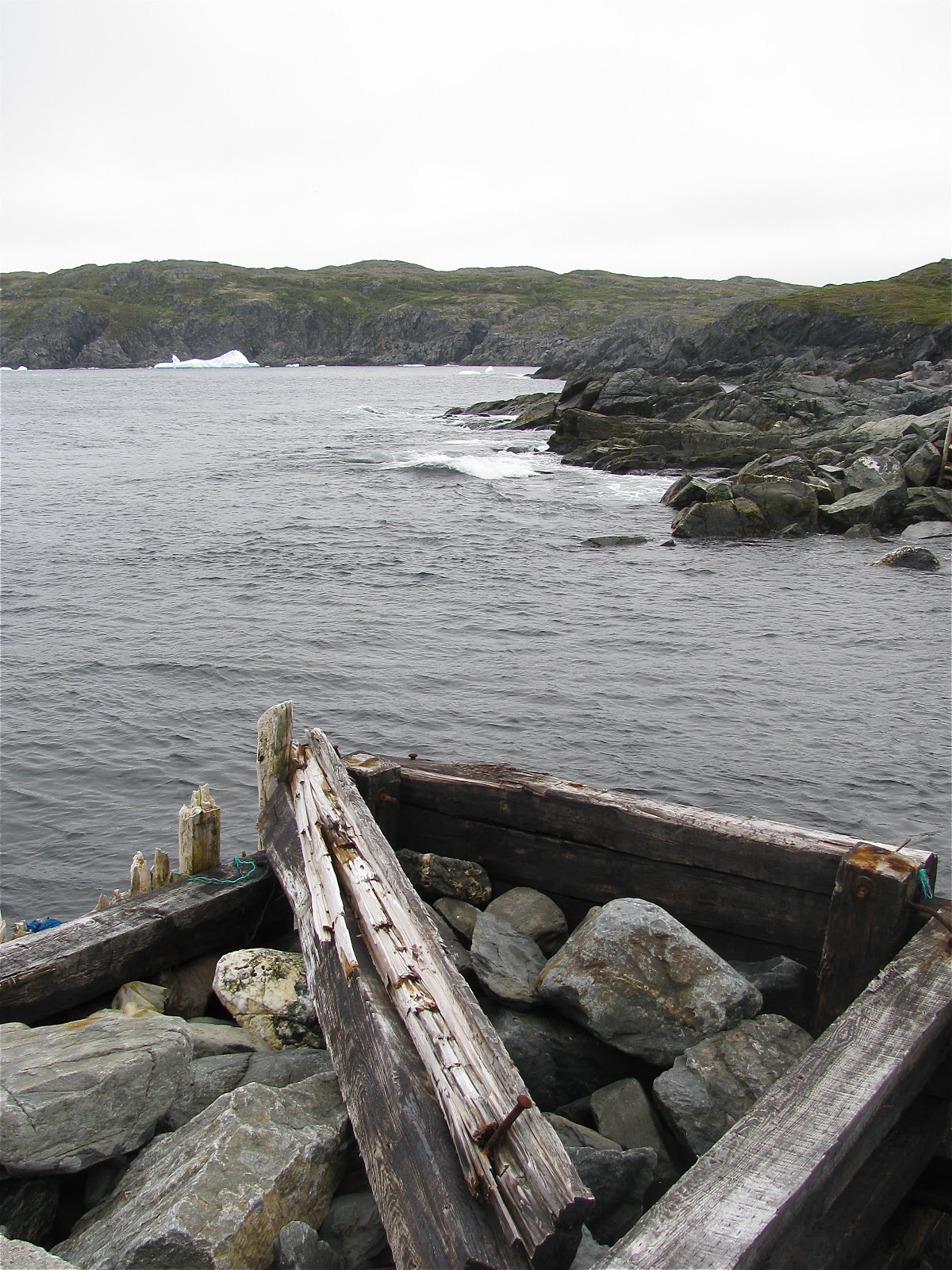 Because of its closeness to the northern fishing grounds,
St. Carol's used to be a minor fishing station for the French.
Its population has fluctuated throughout its history, but it has always been a fishing community. 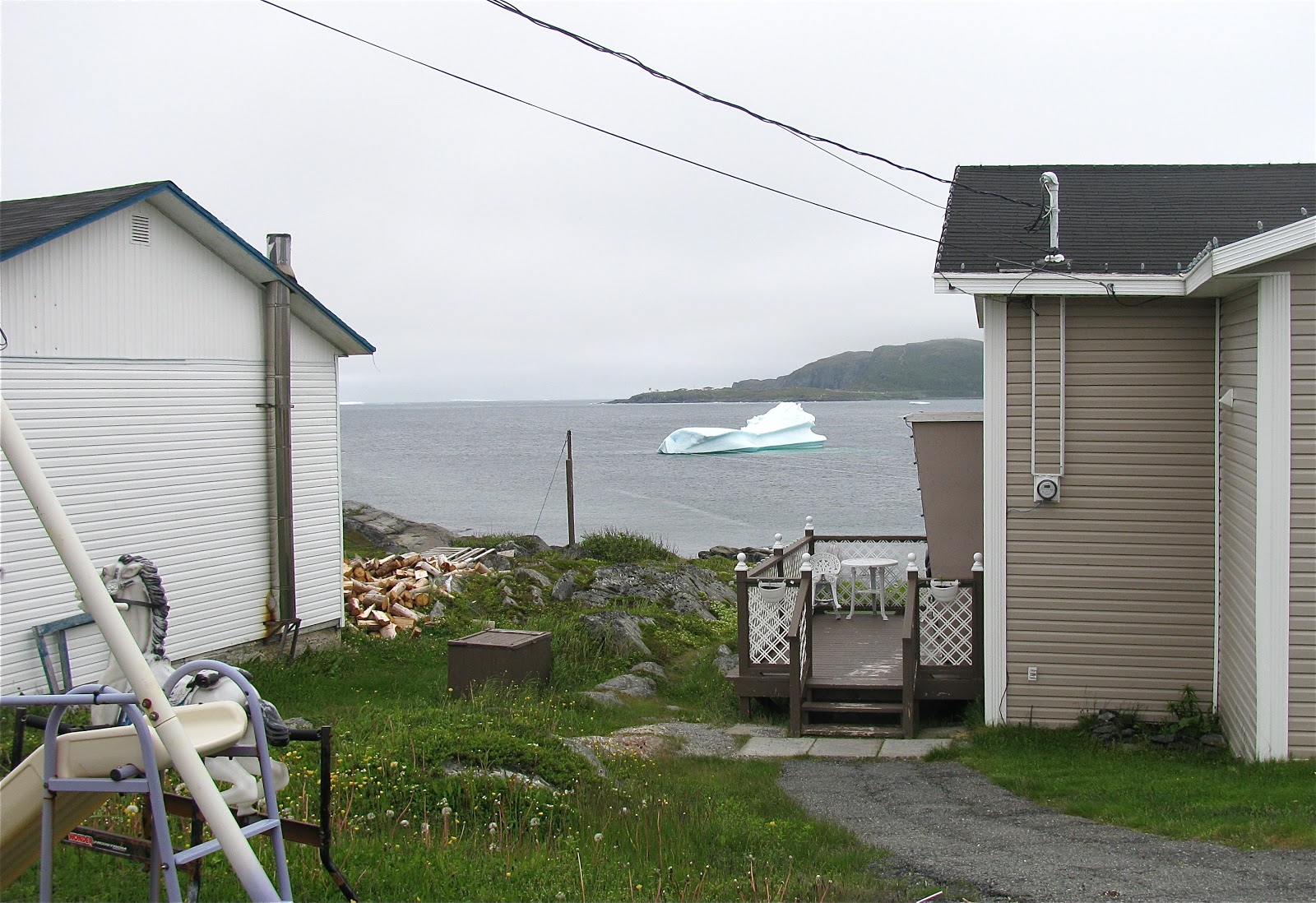 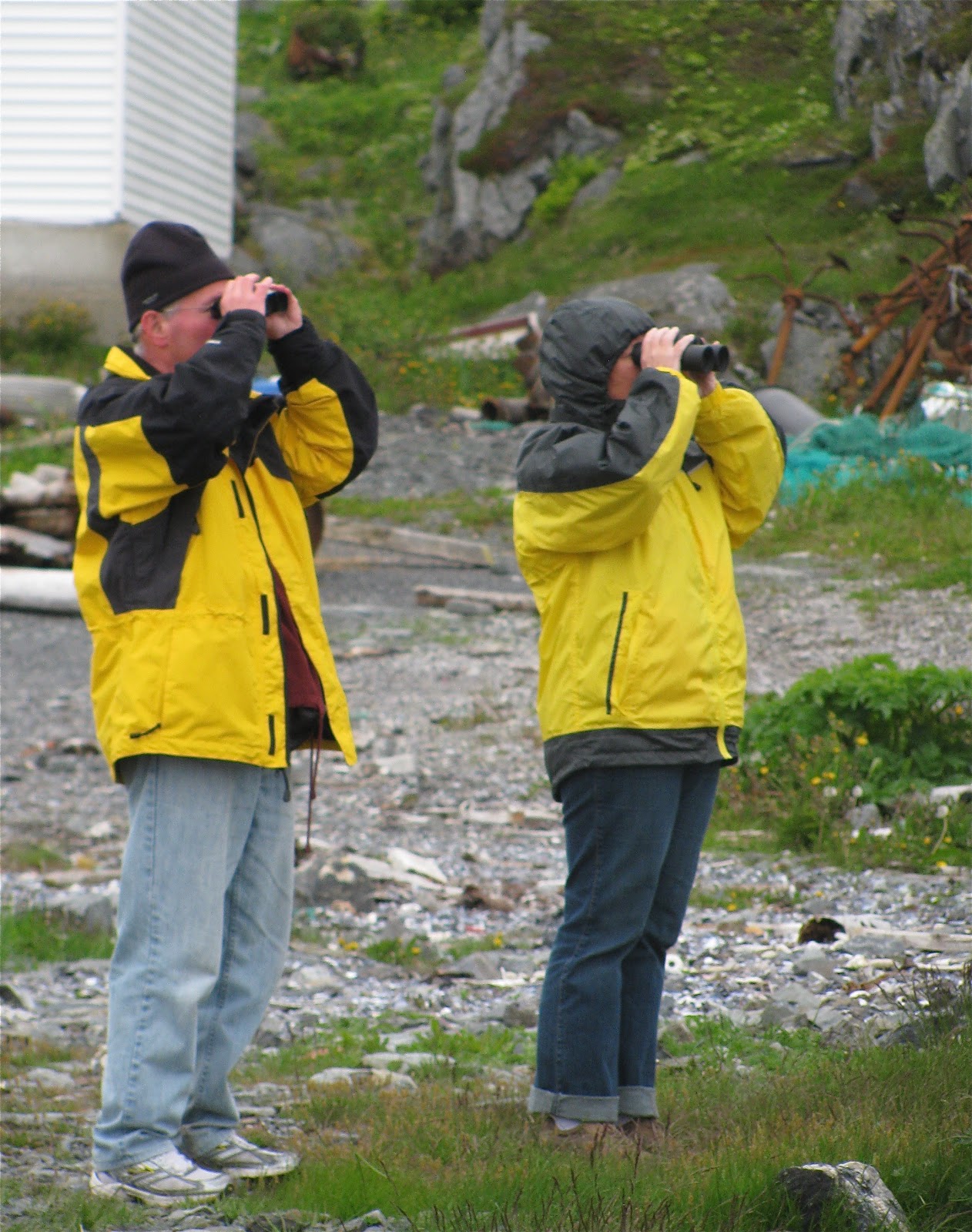 Terry and Barb on the Hunt

As we continued on our hunt for icebergs along Iceberg Alley
on that summer day on the Great Northern Peninsula,
it was cold
with a raw wind blowing,
and my sister Bertie still hunkered down in our SUV. 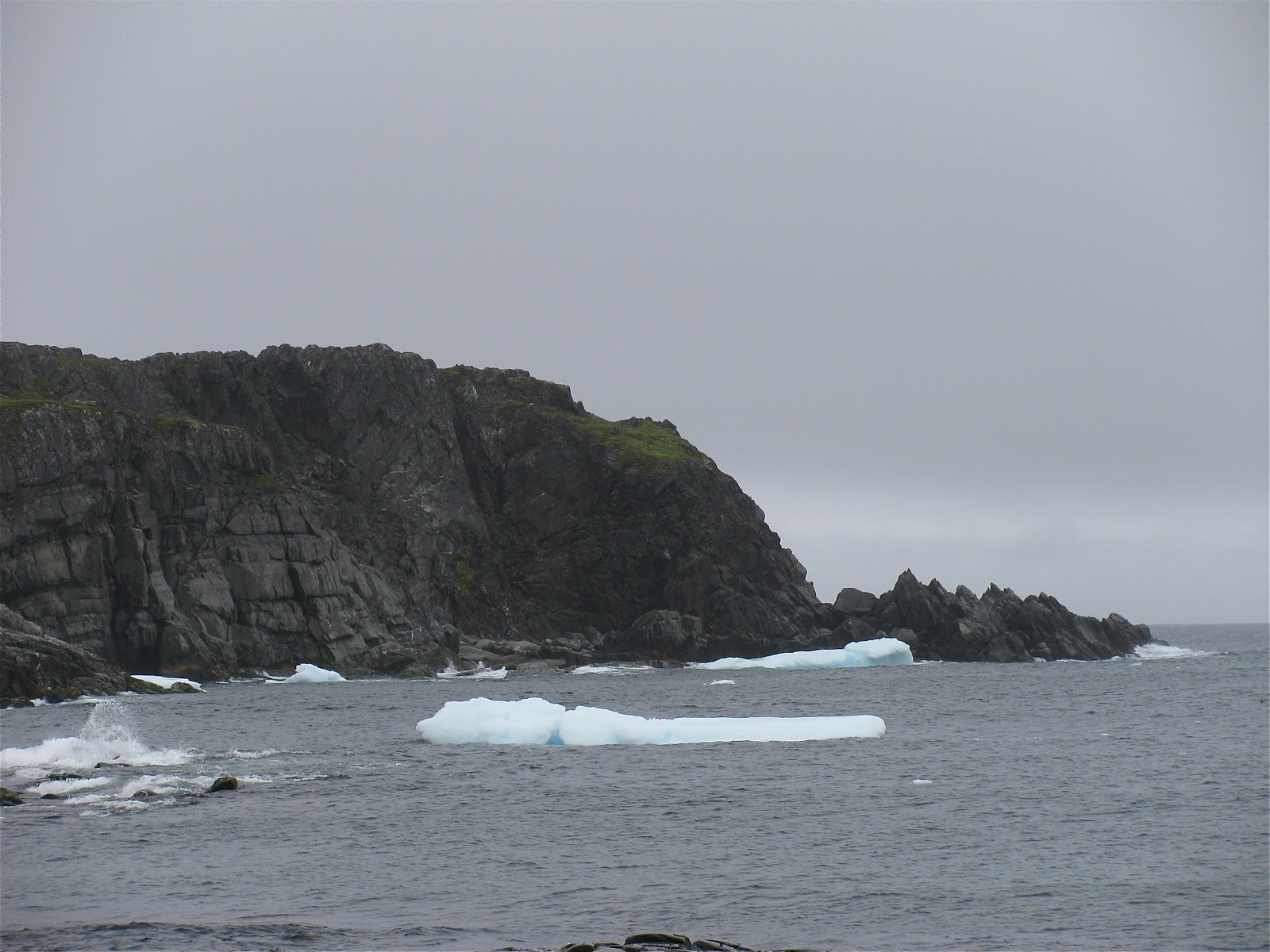 Headland on North Side of Cove

It's hard to visit a Newfie village without going down on the landwash,
the seashore or beach between the low and high tide marks. 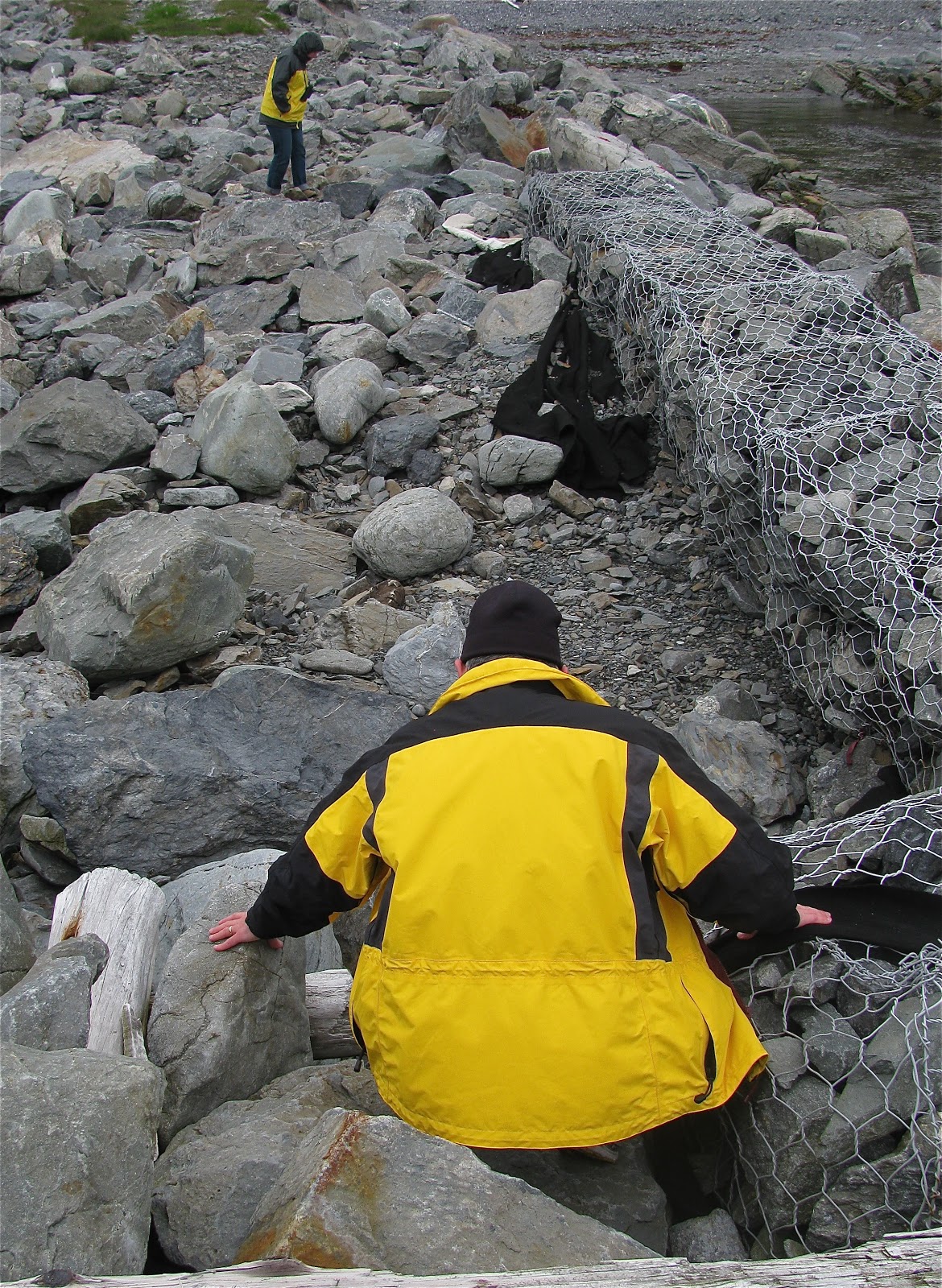 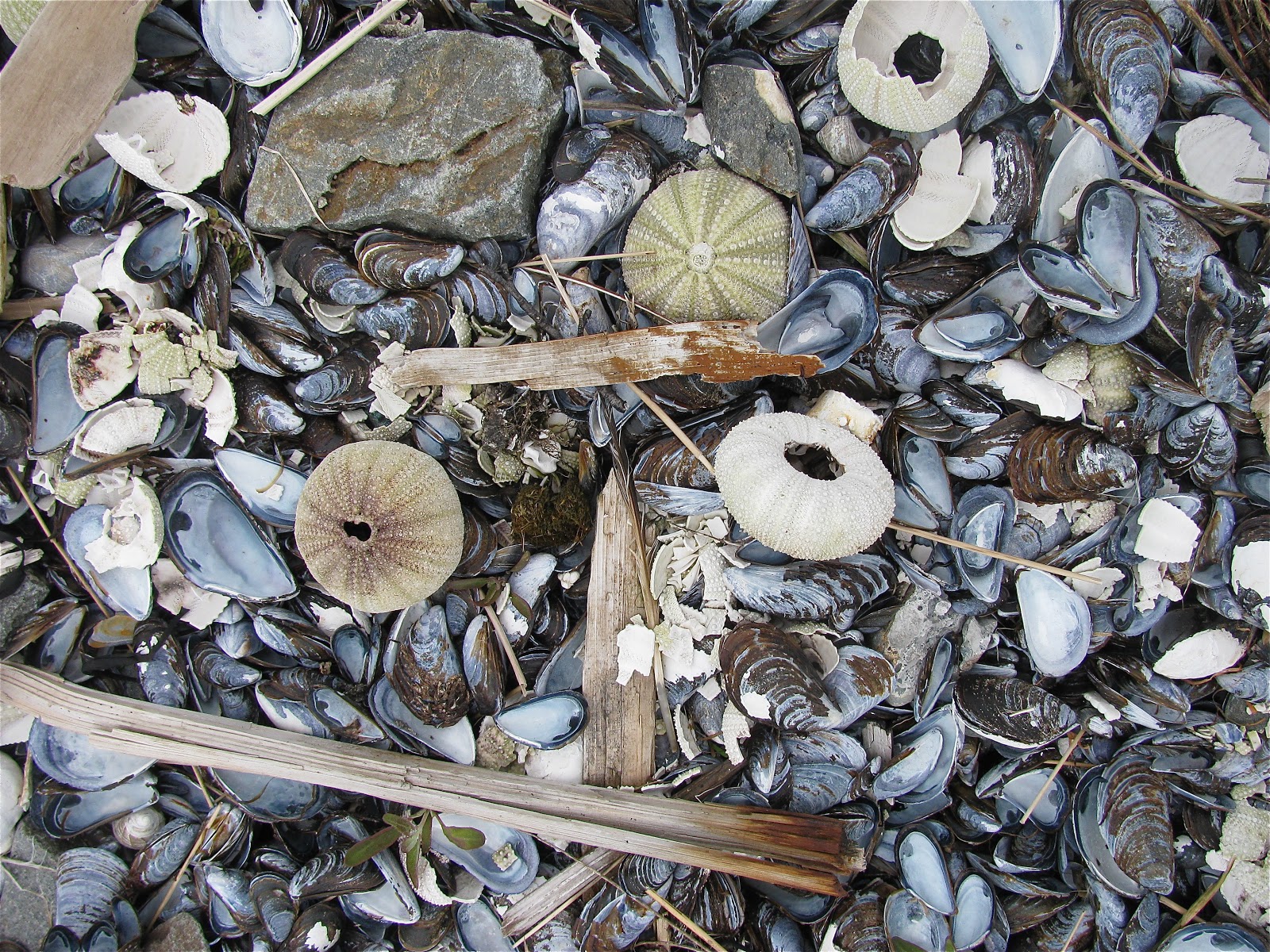 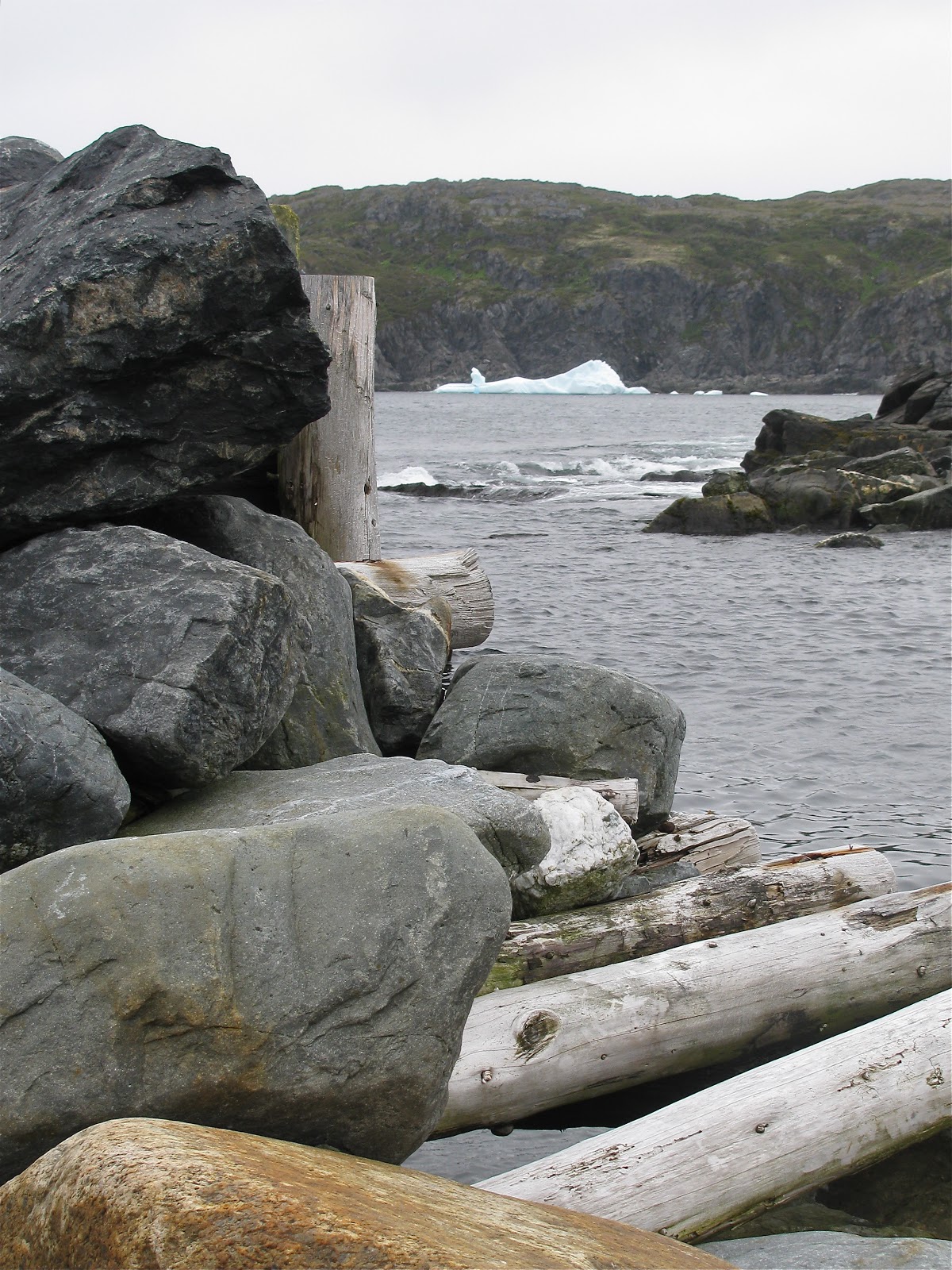 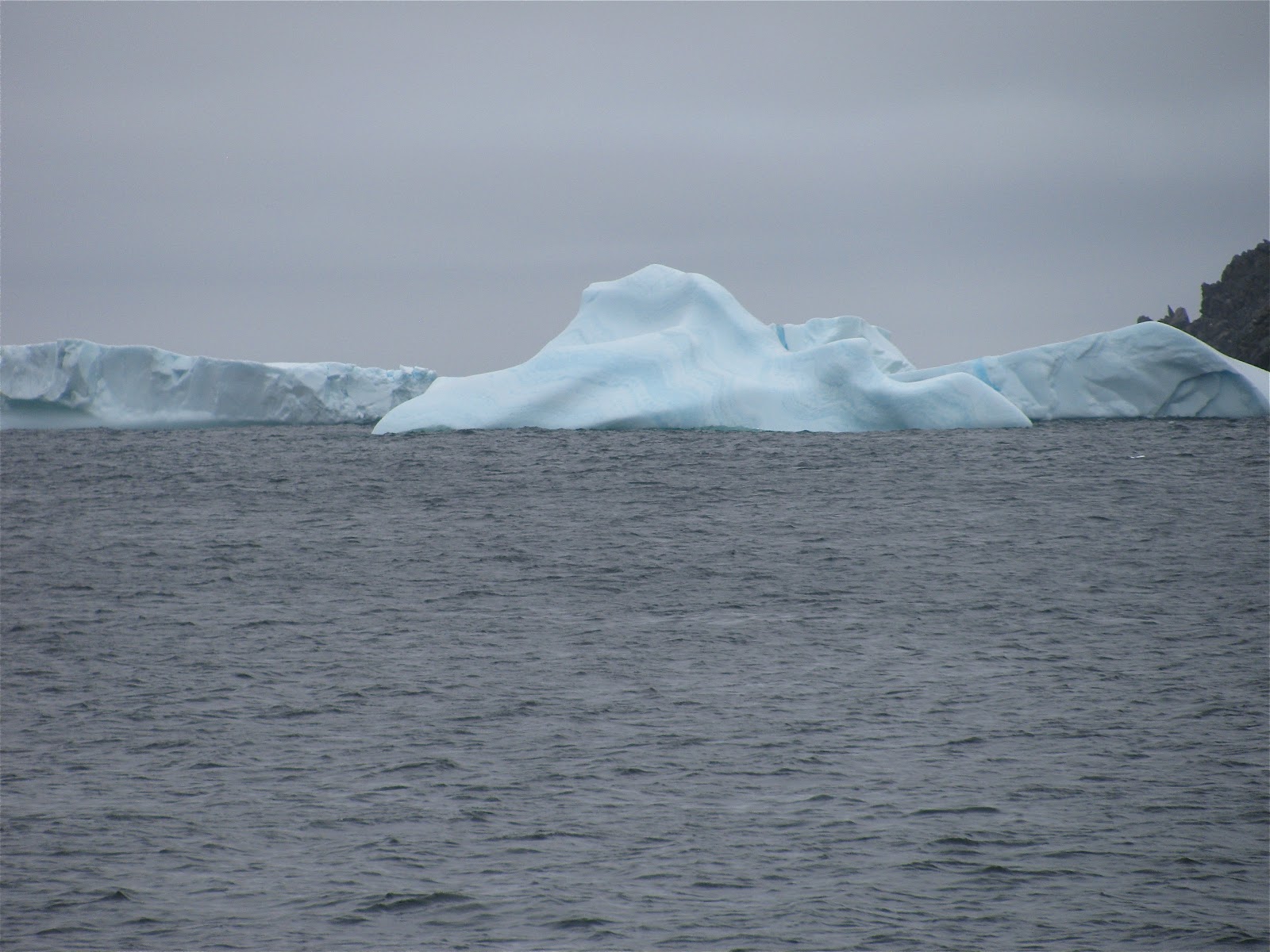 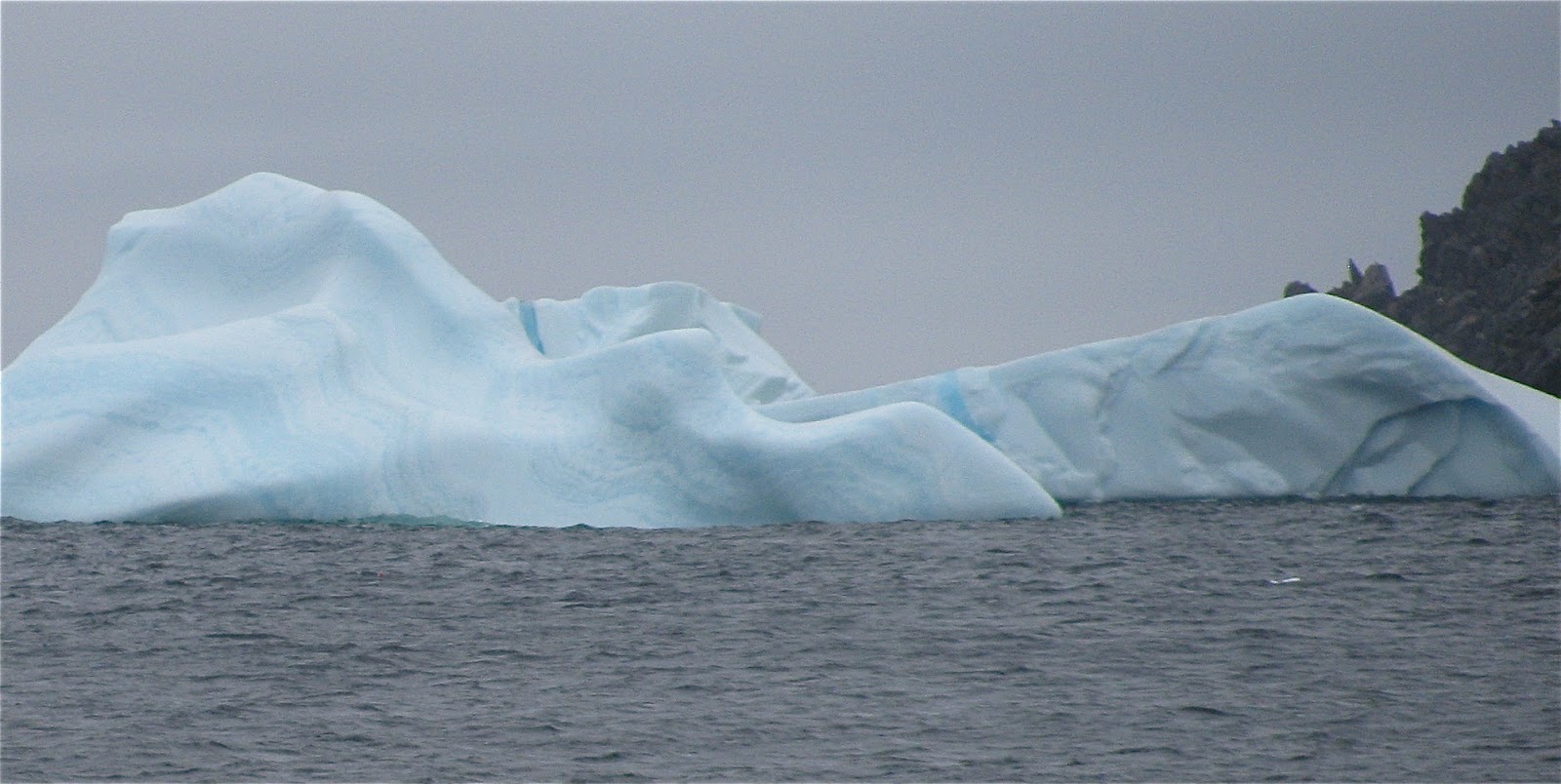 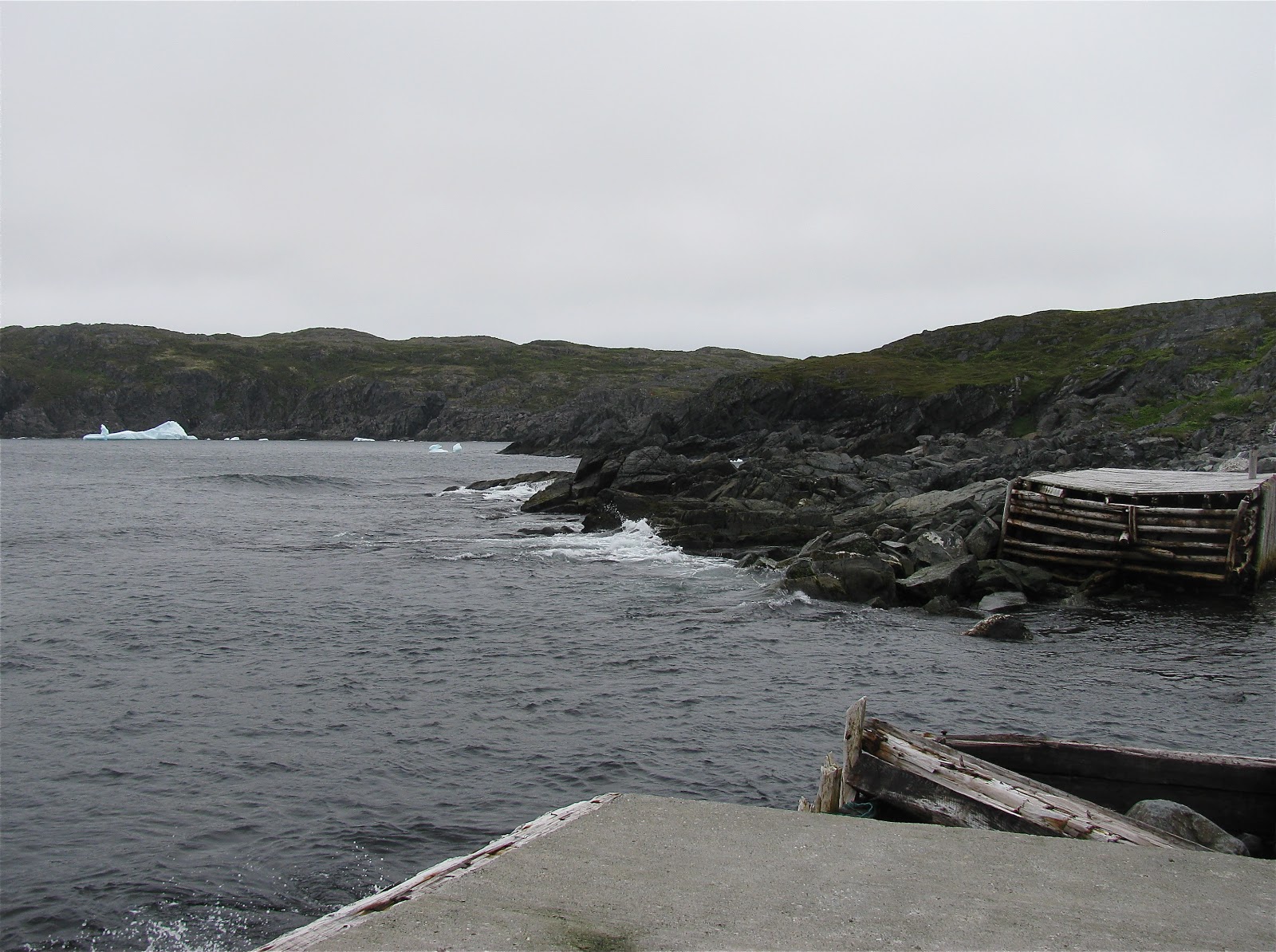 South Side of Cove at St. Carol's 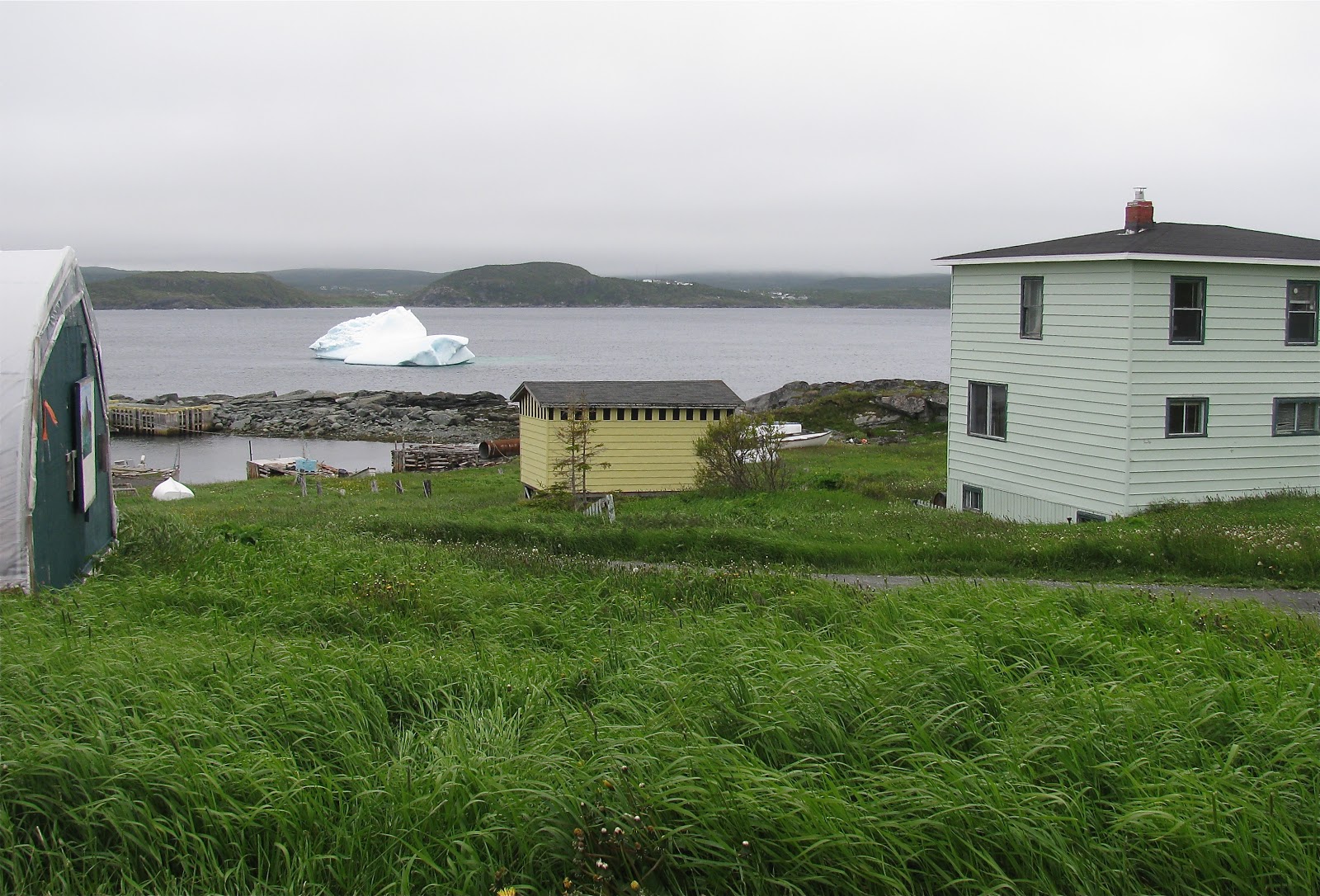 After a final look at St. Carol's we headed
out on the road to a vantage point overlooking the cove. 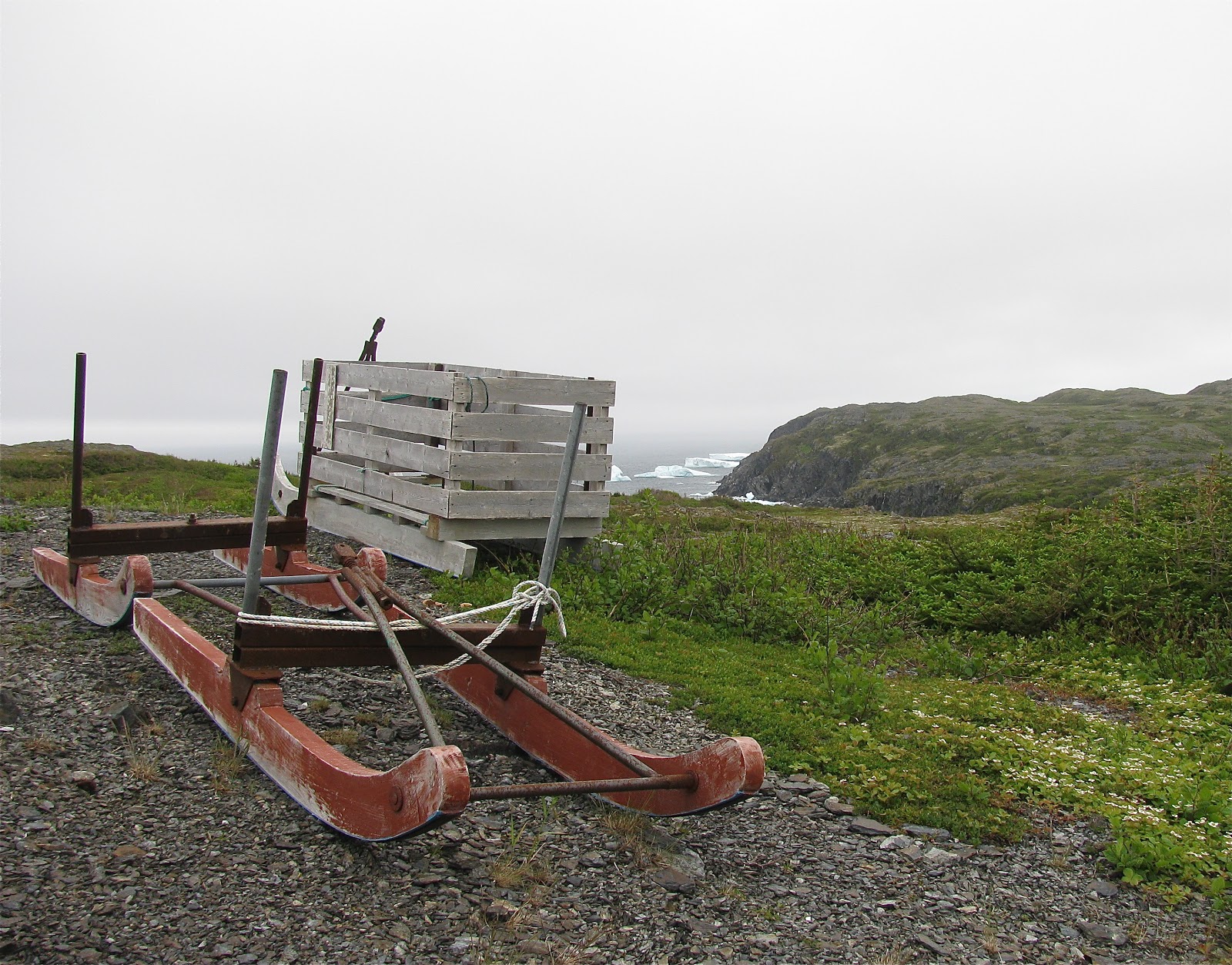 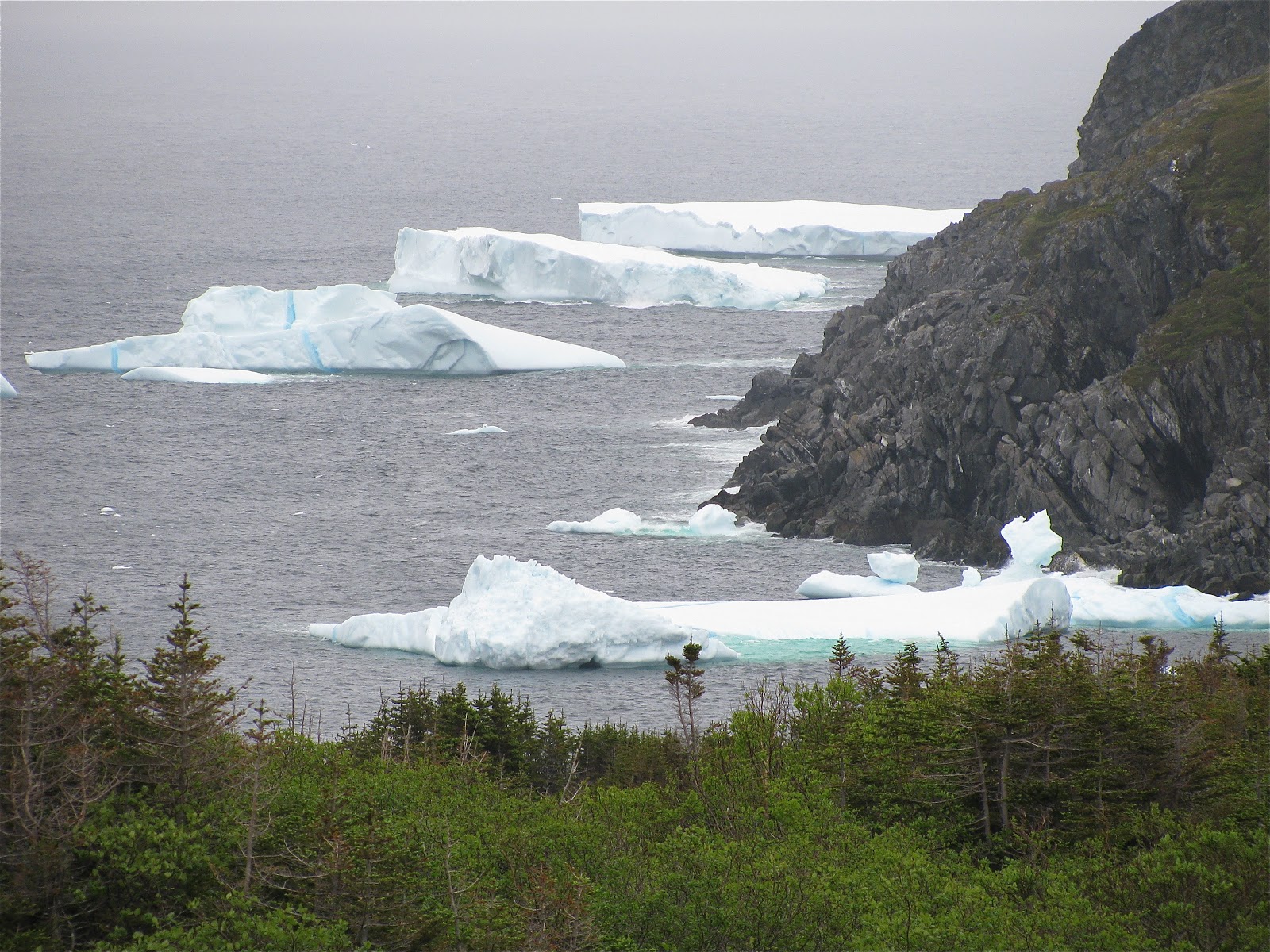 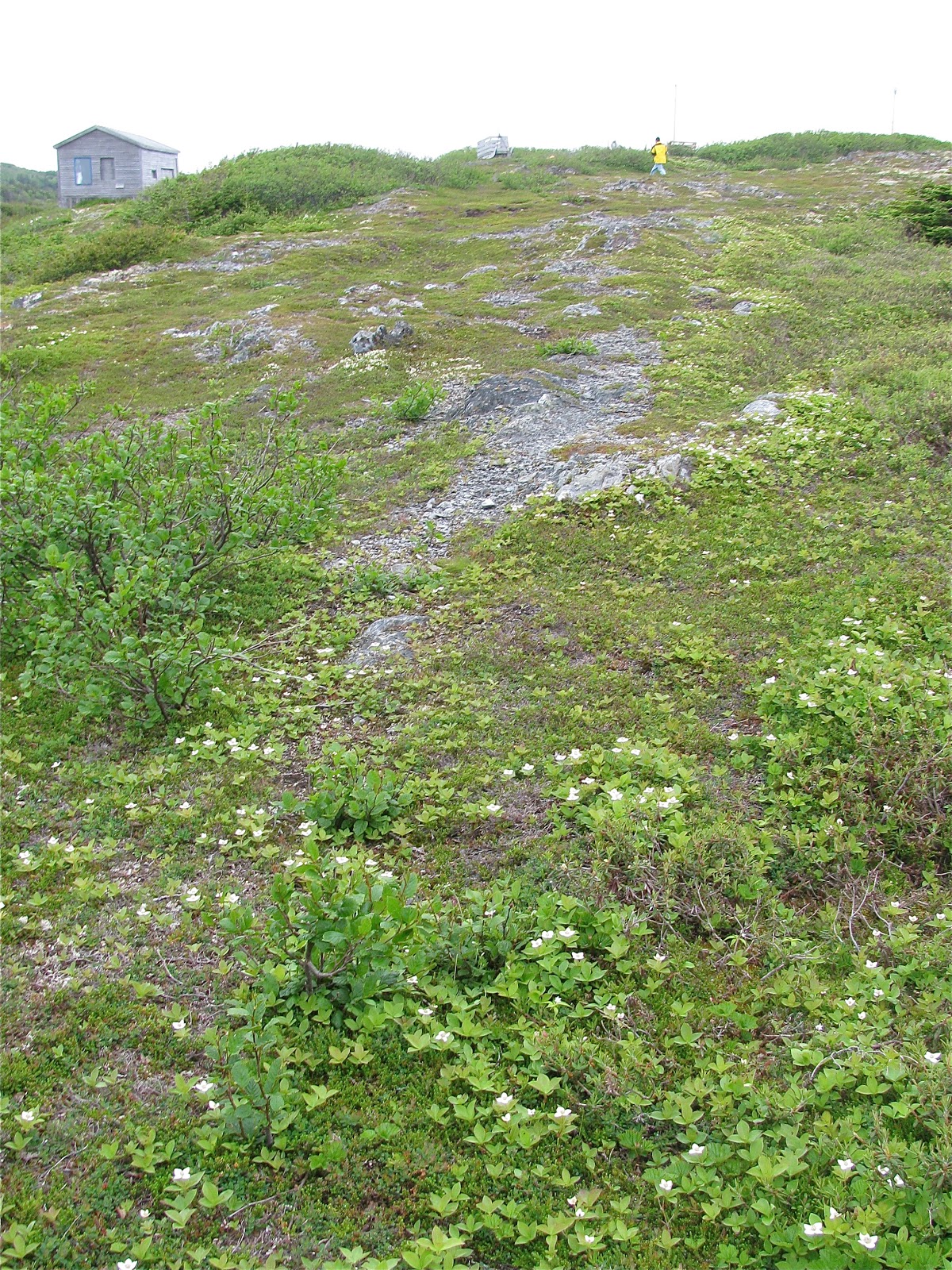 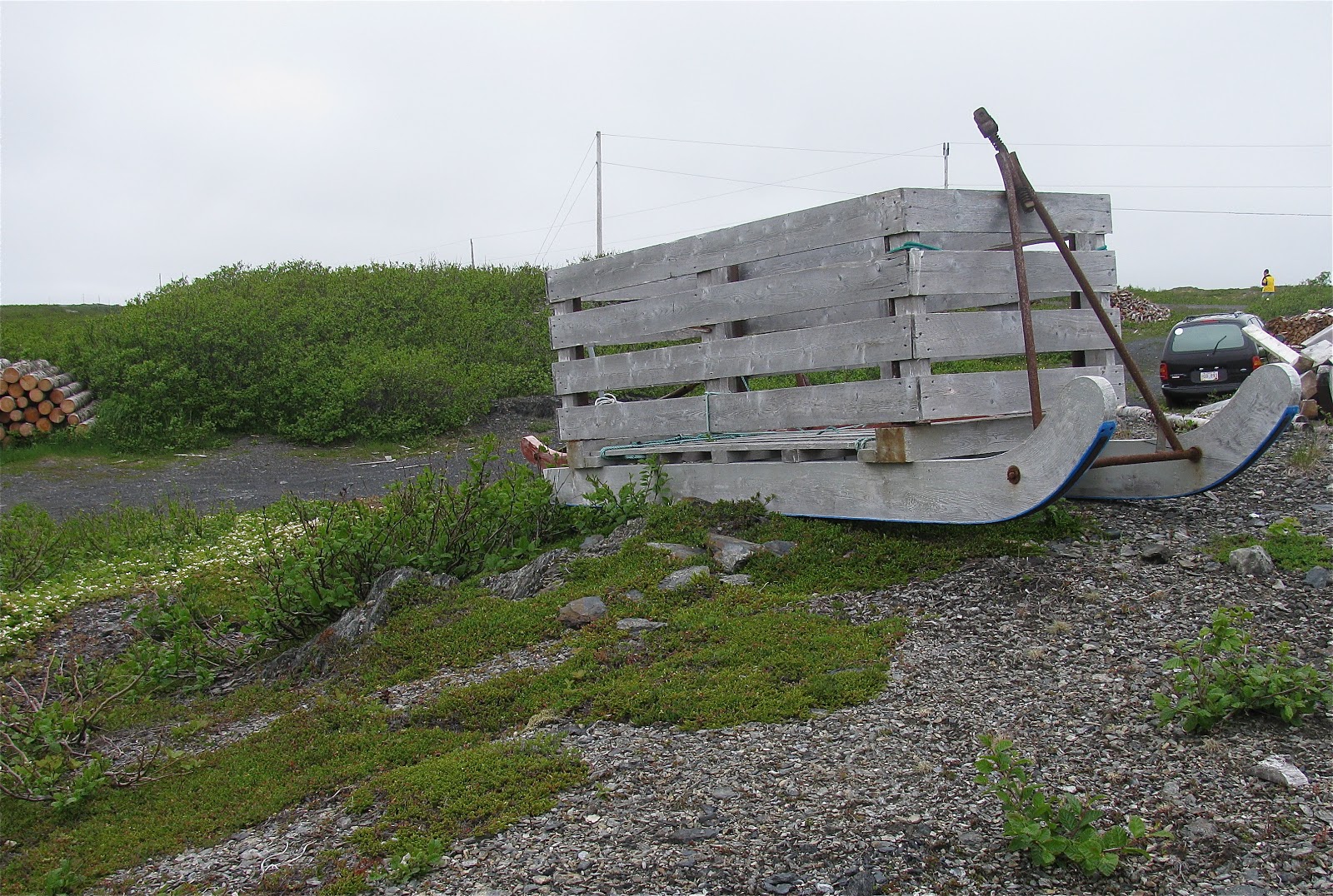 Not much information is available about St. Carol's.
But having lived in Westport on White Bay,
I know that even the most isolated outports have a rich heritage
and warm, welcoming, hard-working people.

I have provided three links below.

1.  Some stories about the community and history of St. Carol's
recorded as part of the St. Anthony Basin Resources Inc. Oral History Project 2009.
http://www.sabrinl.com/Documents/Oral%20History/St.Carols.pdf

2.  Because I've had more than my share of dogberry wine (in Newfoundland) and Christmas is
coming, I couldn't resist this You Tube video of a Newfie version of The Night Before Christmas.