I can't believe it!
This is my fiftieth blog post!

I've gone through a huge learning curve,
and I am excited to know
that I still have a long way to ride that curve! 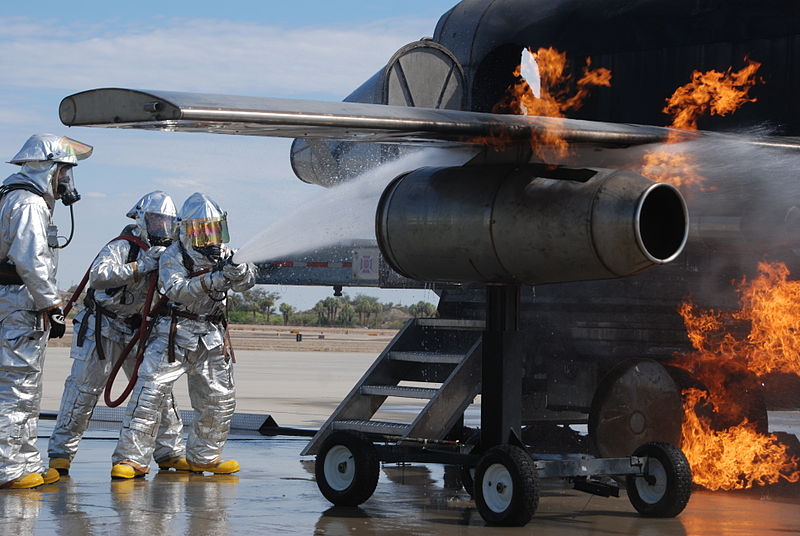 I've been reading blogs and pouring through blog books,
and one thing I've come to recognize is
that I need to be more structured,
to have some kind of framework or plan
for writing and publishing blogs.
Not there yet, but I'm working on it!

And I need at lease one thing that's predictable or repetitive,
à la Martha's wonderful Saturday Silliness,
or Jim's inspiring Contemplative Mondays.
(I'm loving the blogosphere because it is filled
with amazing bloggers like these!)

And so today I was searching for a name for
such a post among
synonyms for potpourri,
and I stumbled across omnium-gatherum.
I love new words, and this is perfect!


This word comes from Latin, and its first known use was in 1530.
Sad to say, I spent two years studying Latin; but,
my recollection of Latin declensions has seriously declined!
I don't quite get why omnium is the genitive plural of omnis,
but suffice to say it means all.

And Gatherum is the English verb gather
with the Latin noun ending -um tacked on.
This means to bring together.
http://www.merriam-webster.com/dictionary/omnium-gatherum
http://en.wikipedia.org/wiki/Latin_declension

So one day a week I'm going to have a post called:
Omnium-Gatherum.
And in it, over time, I will bring together a/an

of all things that interest me (and hopefully others).

So for my first Omnium-Gatherum post
I'm choosing a photograph from long ago,
when I was studying Latin
and trying to take "real" photographs
with my old Brownie Hawkeye. 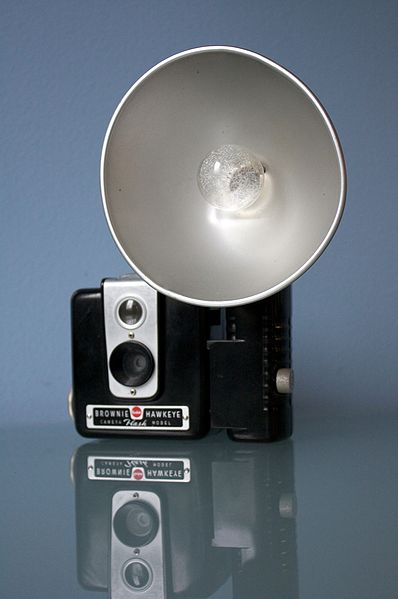 Brownie Hawkeye Camera
http://commons.wikimedia.org/wiki/File:Kodak_Brownie_Hawkeye_Flash_ca.1950-1961.jpg
To the best of my recollection,
this is the first time
I ever deliberately  took a photo with a Reflection in it.
Is this Herculaneum font not the funnest?! 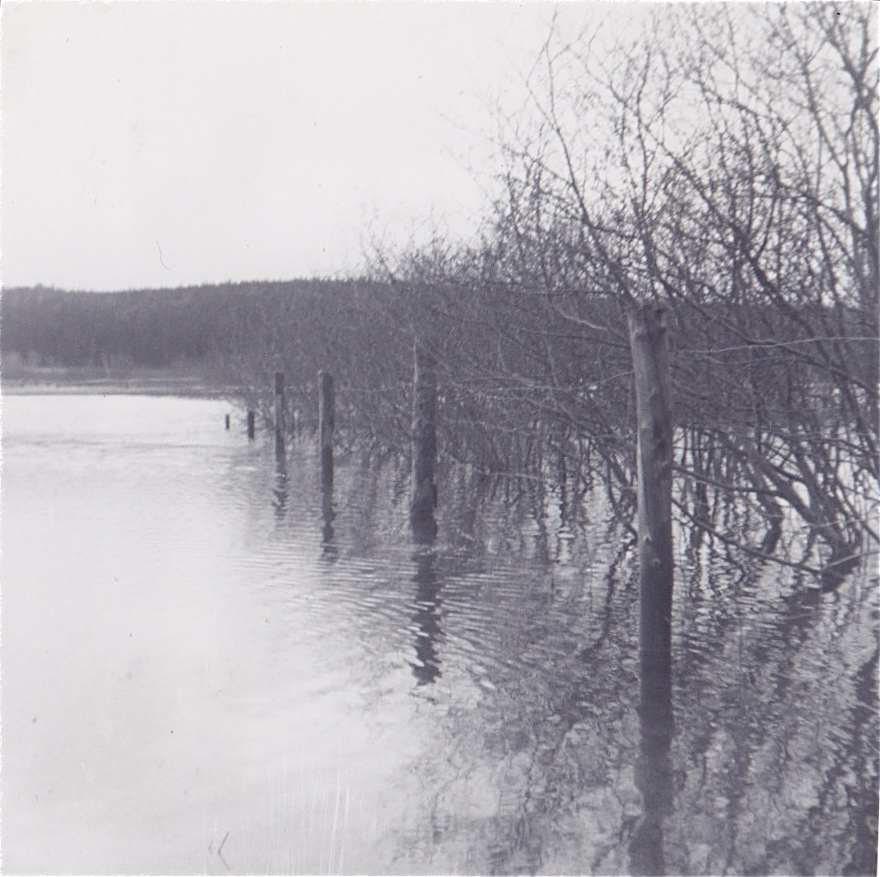 The St. Mary's River flows 160 miles (250 kilometers)
through Pictou, Antigonish, and Guysborough counties
before it empties into the Atlantic Ocean at Sonora.
It is one of Nova Scotia's longest rivers,
famous in the past for its salmon fishing.
Today it is an important habitat for Atlantic salmon.
http://en.wikipedia.org/wiki/St._Mary%27s_River_%28Nova_Scotia%29

Unrealized by me at the time,
I was already fascinated with natural processes,
and I climbed to the top of a hill overlooking our barn
and our neighbors' farm
to record the high water reach of the river. 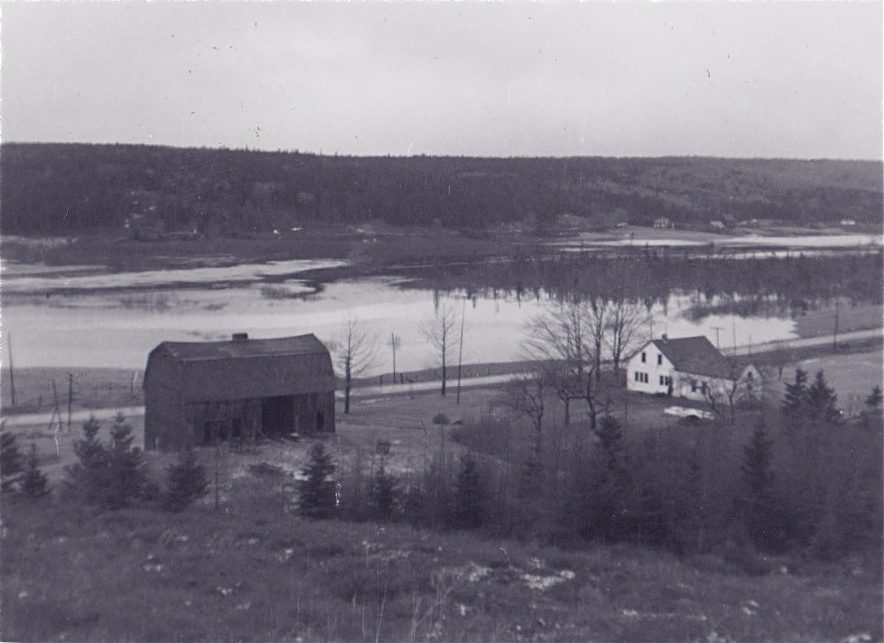 And, because I knew from endless hours
of pouring through National Geographic and Life magazines,
that "real" photographers
added interest, artistry, and perspective to their photos,
I tried to do the same with my photos of
our dog Hilda
investigating this strange new river
and a line of fences reflected in the flood water. 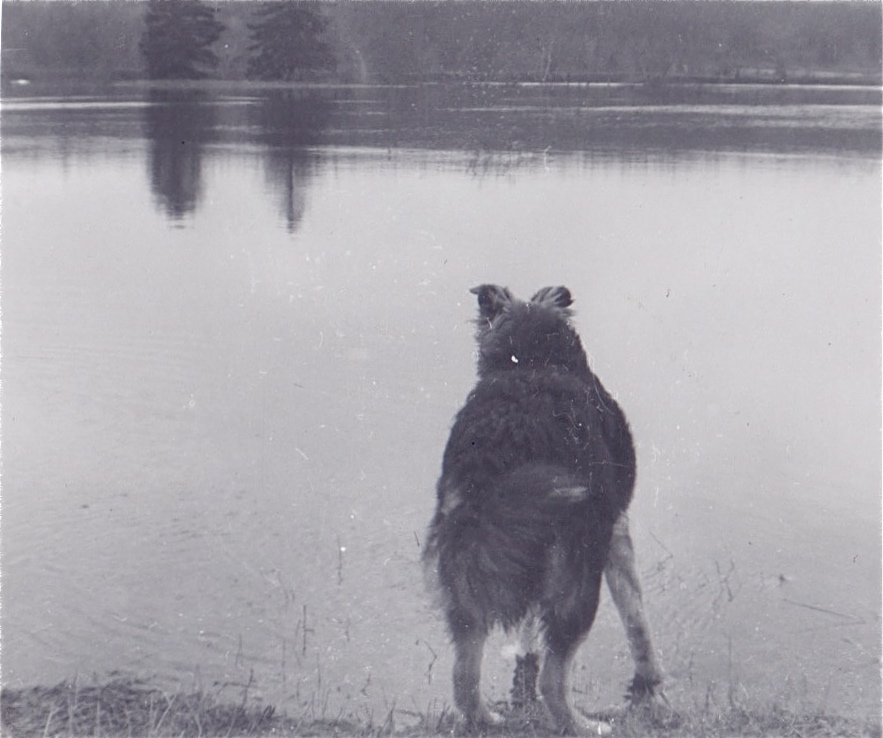 Notice I said a photograph above.
Somehow things never go the way I intend
when I sit down to write!

Does this happen to you?