Don't ever tempt the Universe!
I know better! 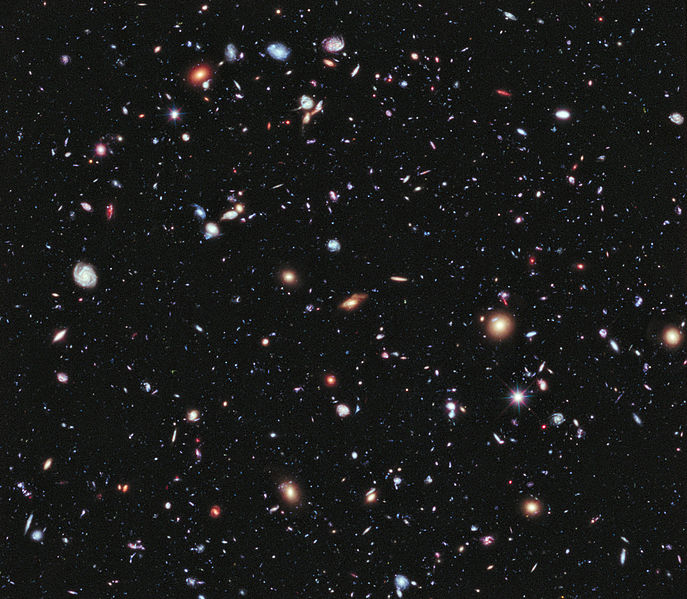 Mankind's Deepest-Ever View of the Universe
The eXtreme Deep Field, or XDF
http://commons.wikimedia.org/wiki/File:690958main_p1237a1-XDF-Hubble.jpg


But I did the day before yesterday,
and here was the proof that I shouldn't
when I peeked out my bedroom blinds this morning. 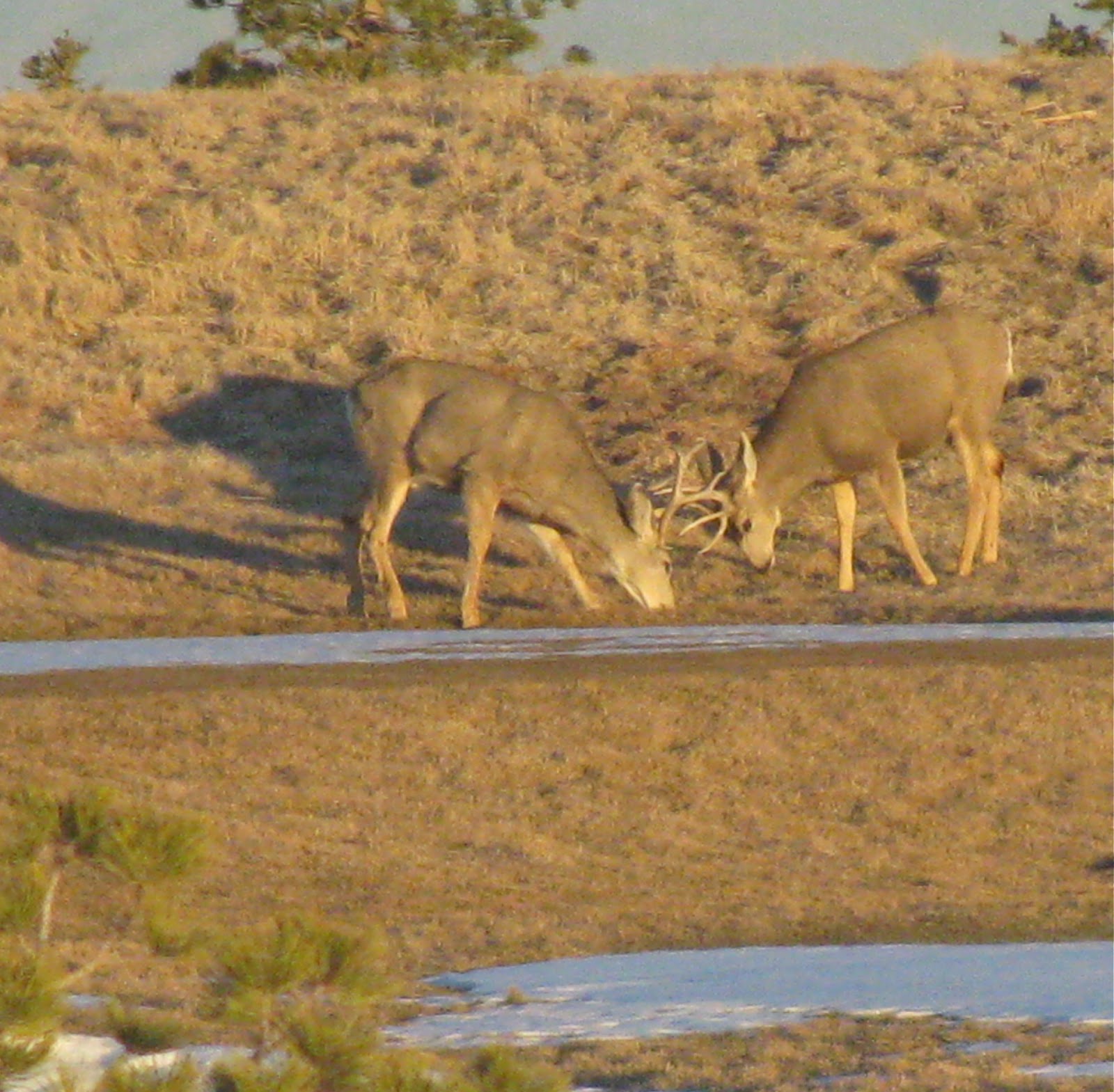 There at the top of the golf course were three bucks!


Now understand, I have never spotted
just the boys hanging out together,
and here they were!
Kowabunga!

I ran for my camera, glasses, and kitchen step stool.
I leaned against my second story window,
while standing on my tippy-toes on the step stool
to get above some pesky tree branches. 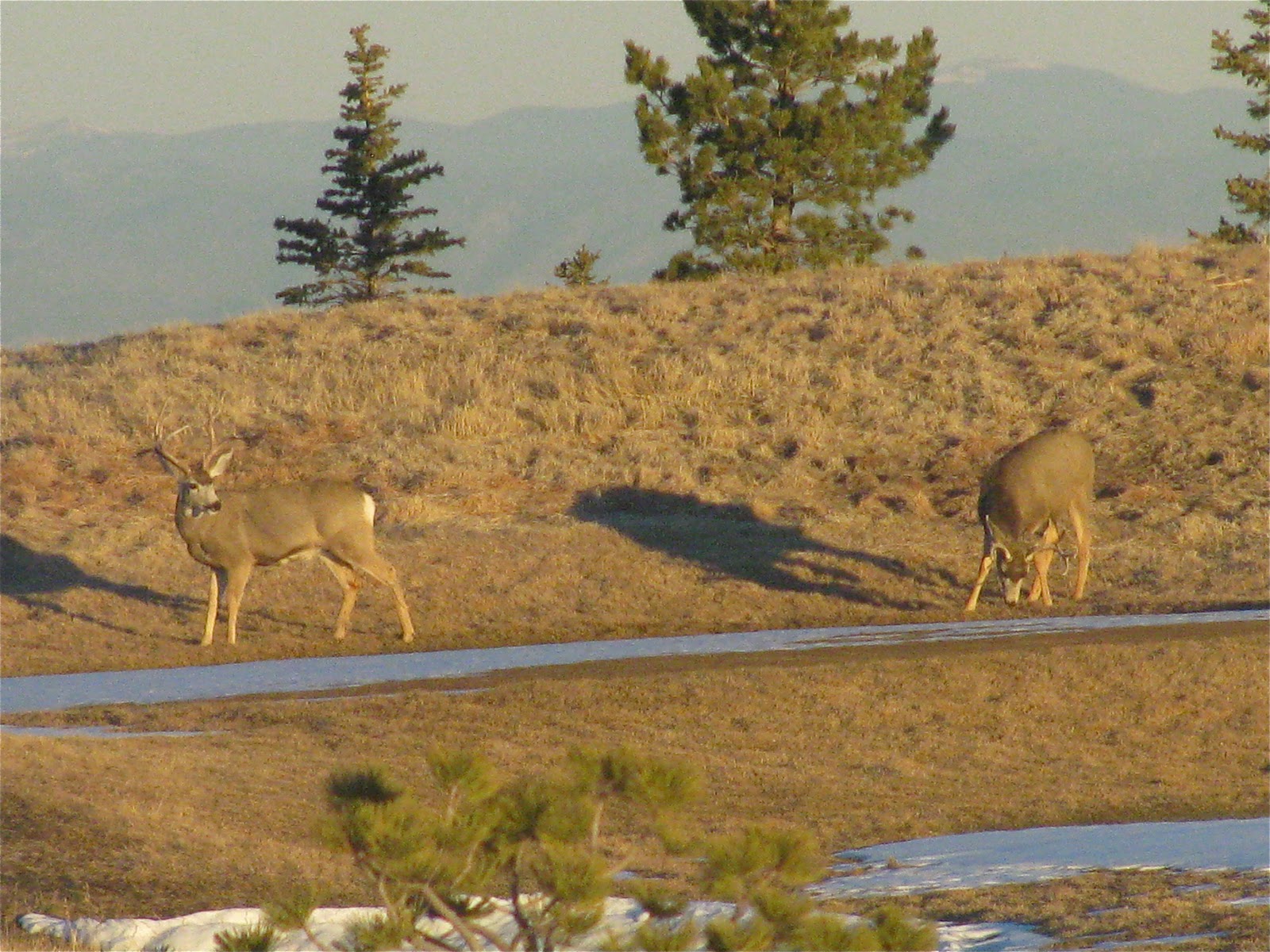 Do you think those guys would cooperate
by bunching together and slowing down?
Not!

"Come a little bit closer, you're my kind of man,"
I whispered,
as the deer began to move along the fence. 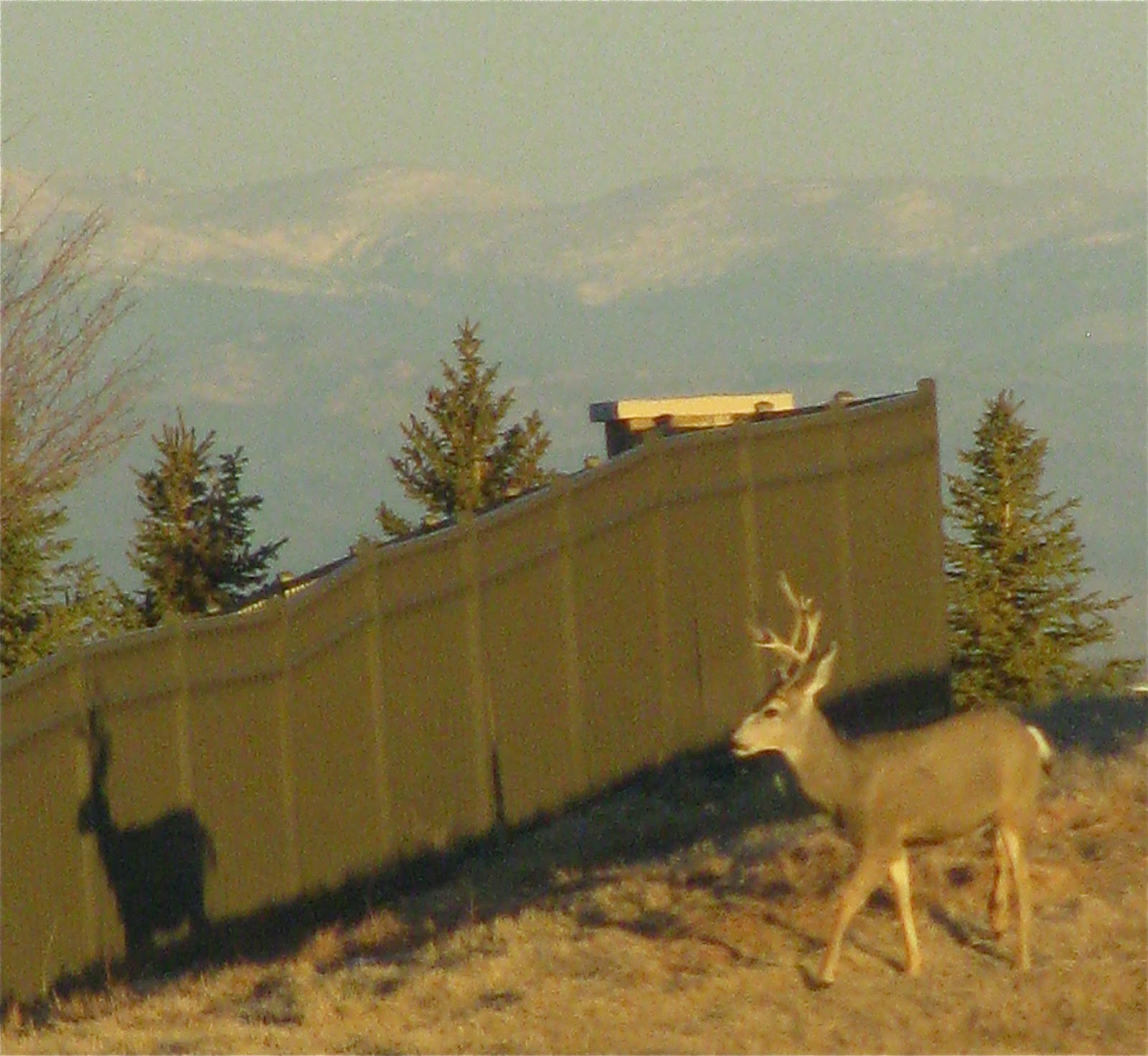 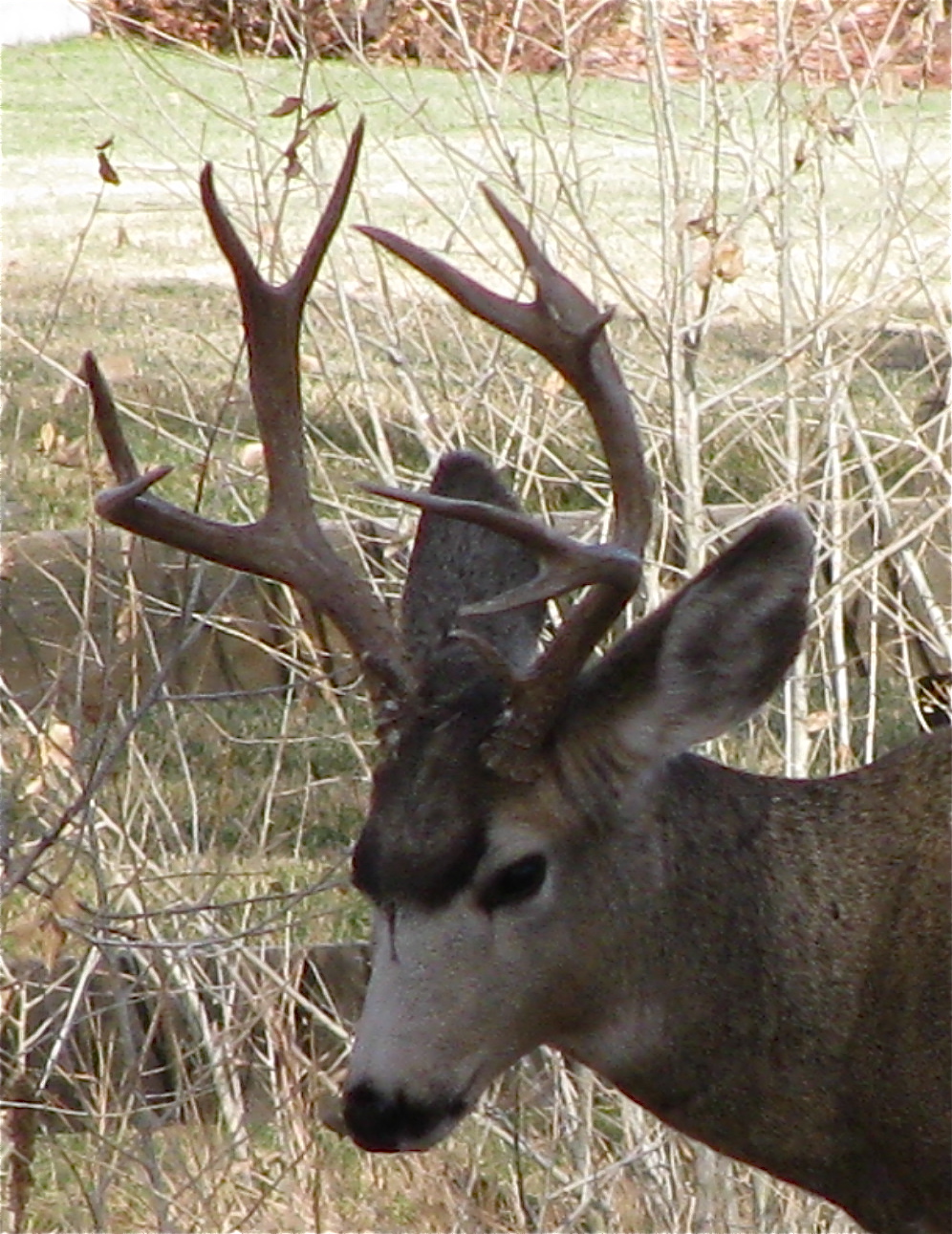 That was my buck from the park
last November.
I'd only seen him a few times since.

My friend Julie and I are still
trying to figure out his point count.

Are those or are those not
eye guards or brow tines?
See more of him in my blog post
Along Piney Creek.

Wasn't it just the day before yesterday
that I was struggling to understand
the crazy count system for points on a muley buck,
and I wrote in my blog:
"And I am not going anywhere near asymmetrical point counts!"


"Take that!" says the Universe. 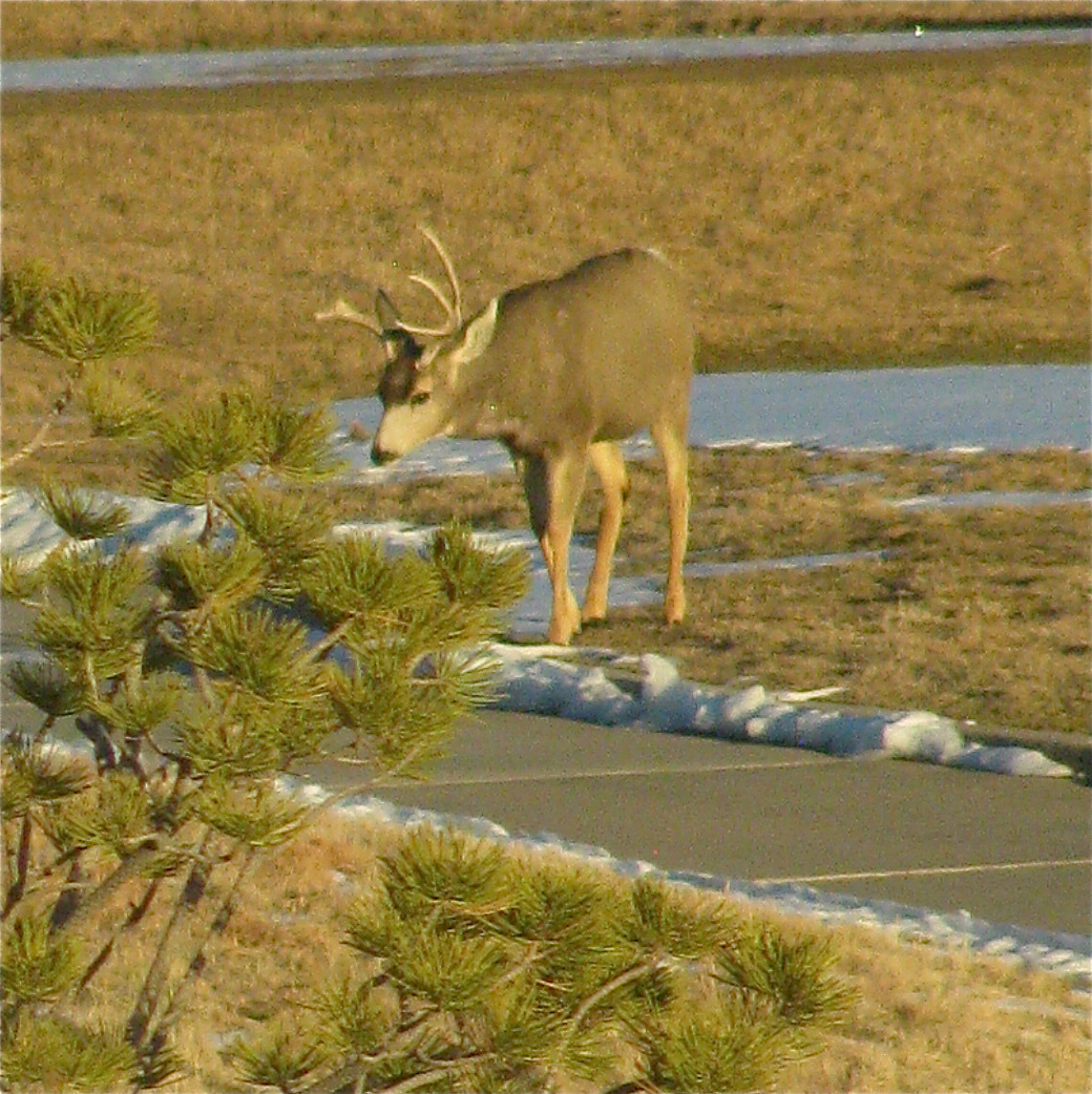 How do you count the points on a buck with a busted rack?
I hadn't seen this one before. 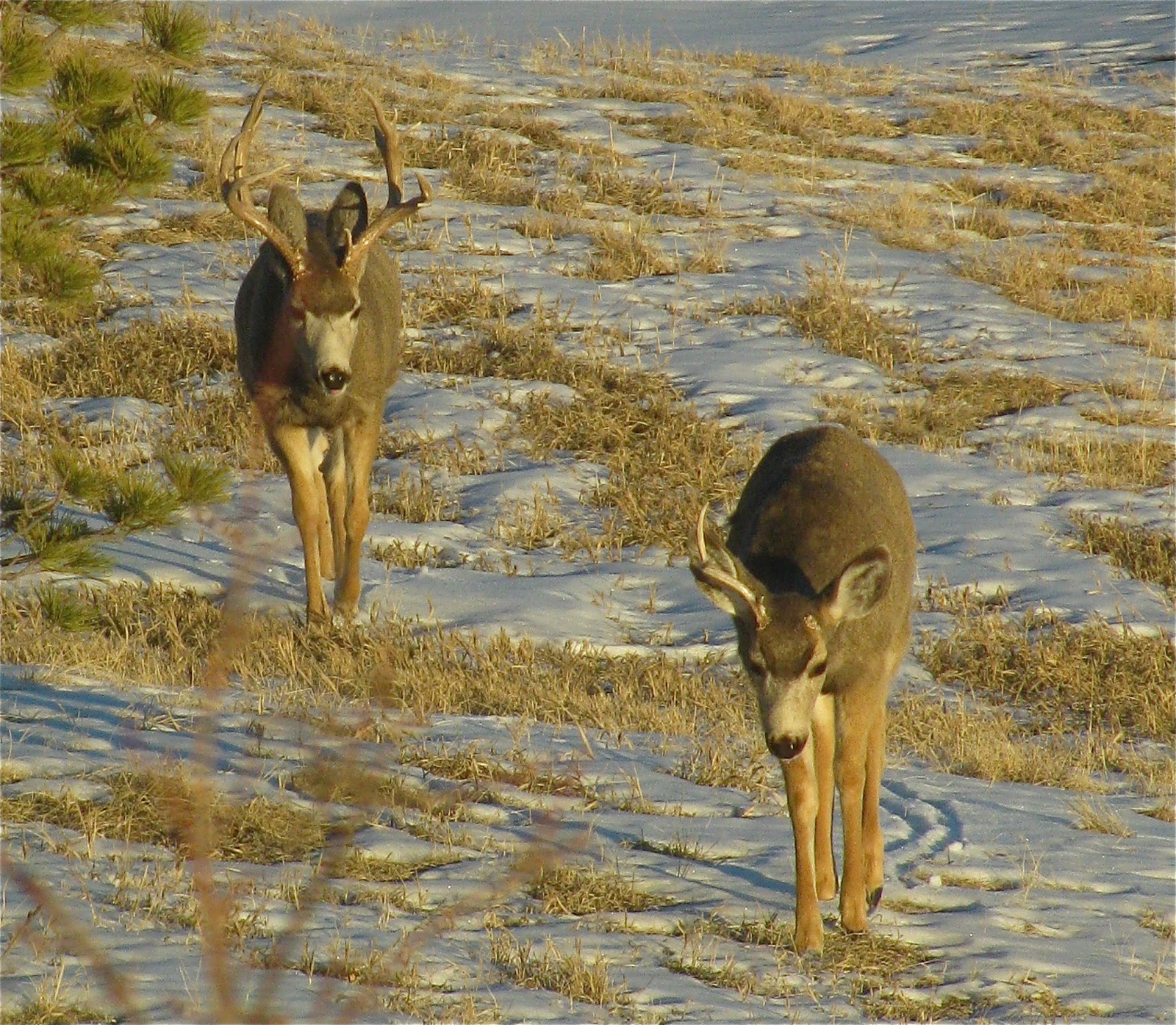 And the third one had no antler at all on his left side!
How do you count that?

But this one I knew. 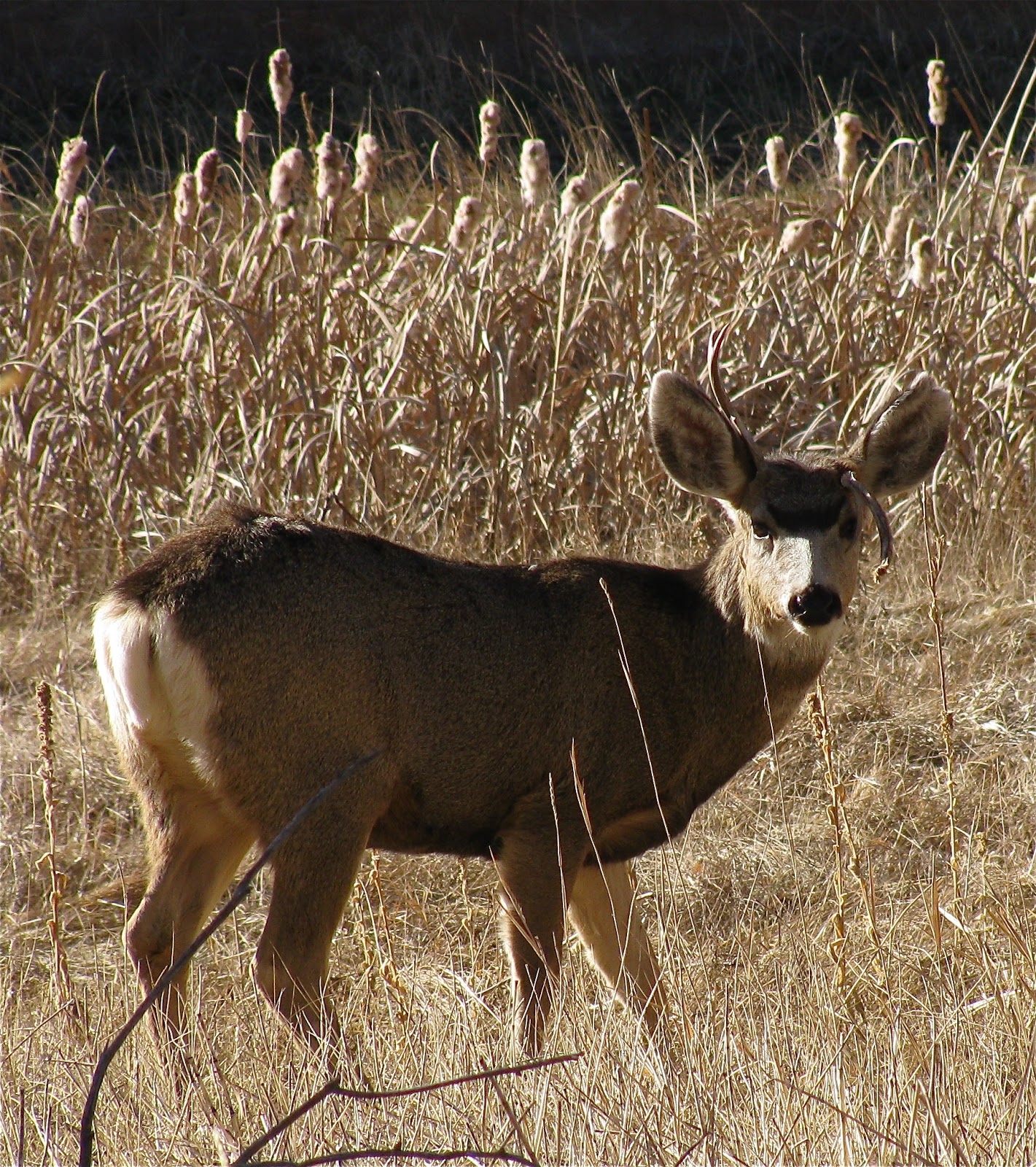 He'd lost his antler in the rut last November. 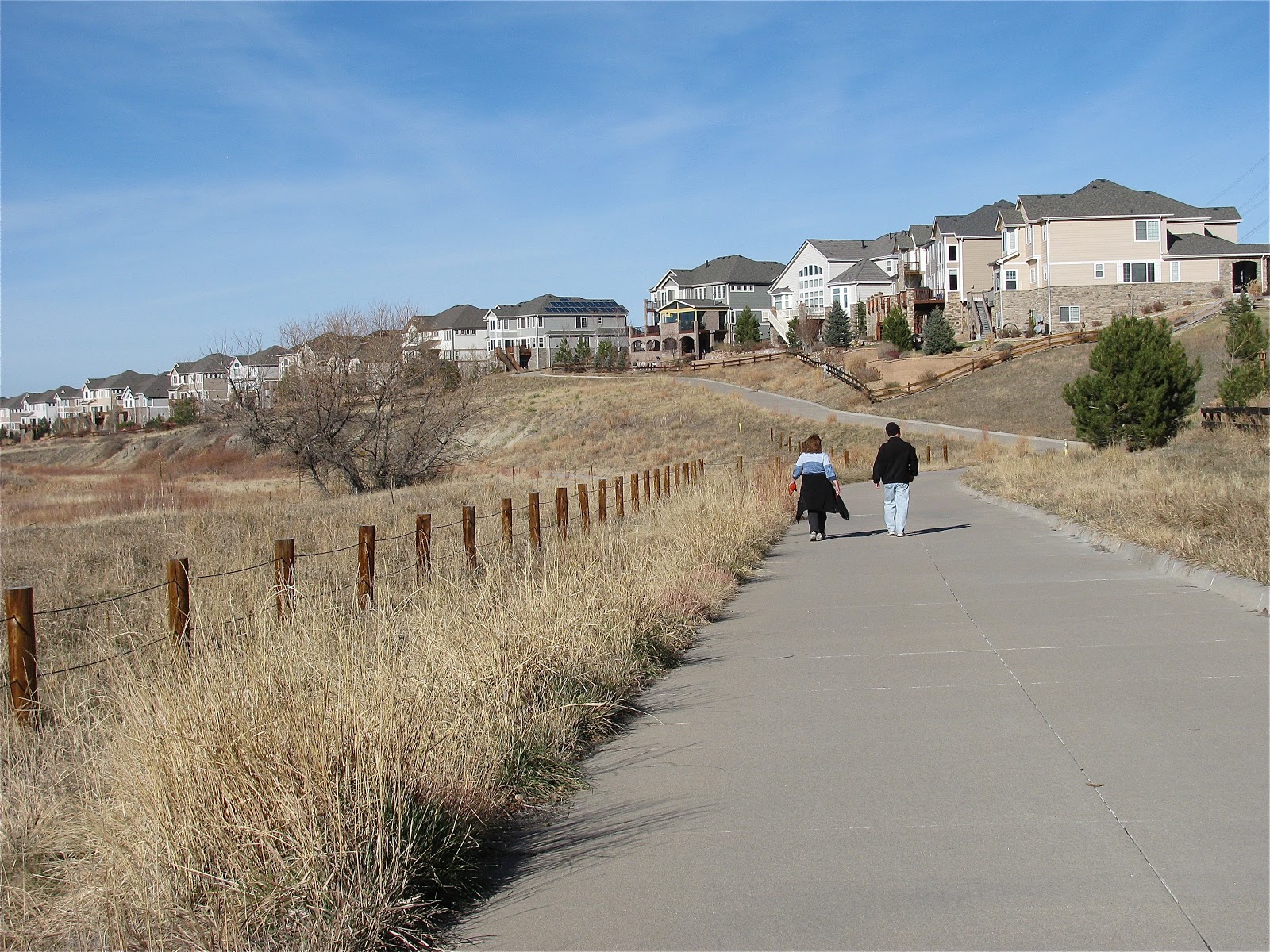 Terry, Barb, and I had spotted him while walking in the park. 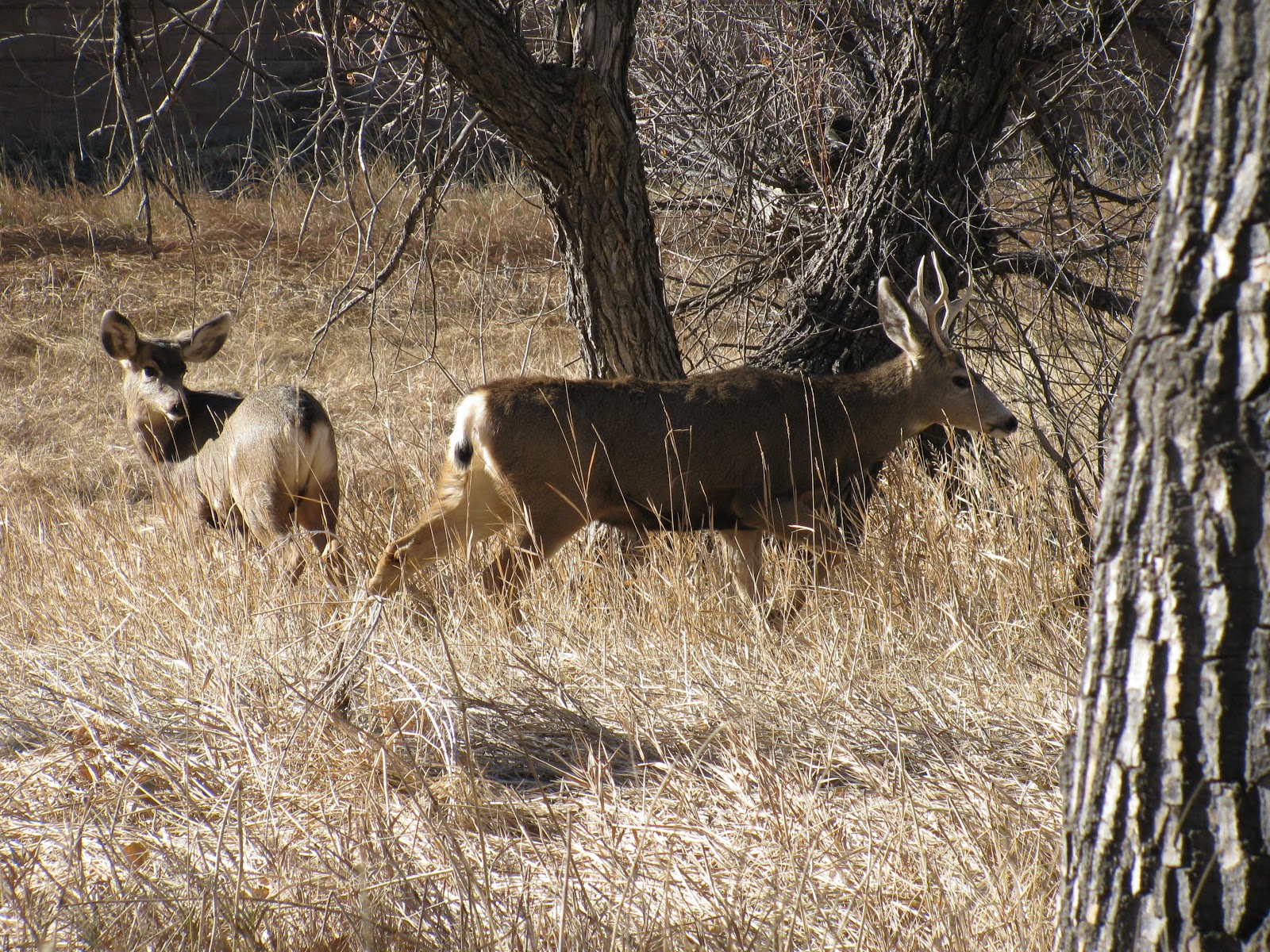 Don't let this little doe's backward glance fool you.
None of the guys were having any luck this November day,
including this buck I photographed on Wednesday.
See more of him in my blog post Hungry Neighbors. 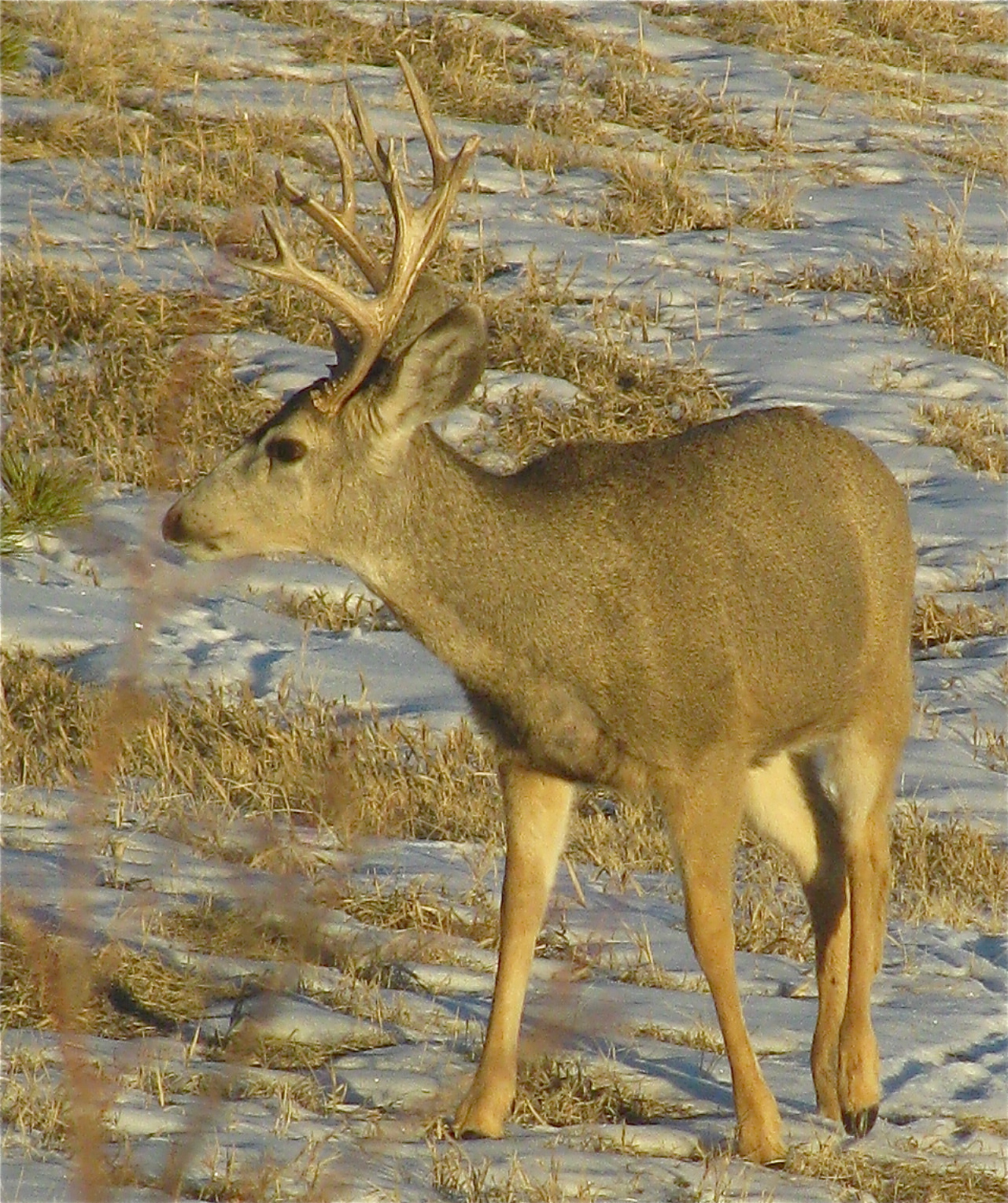 Come on pretty boy!
"So big and so strong.
Come a little bit closer!"

Rats!  He ran around the front of the house! 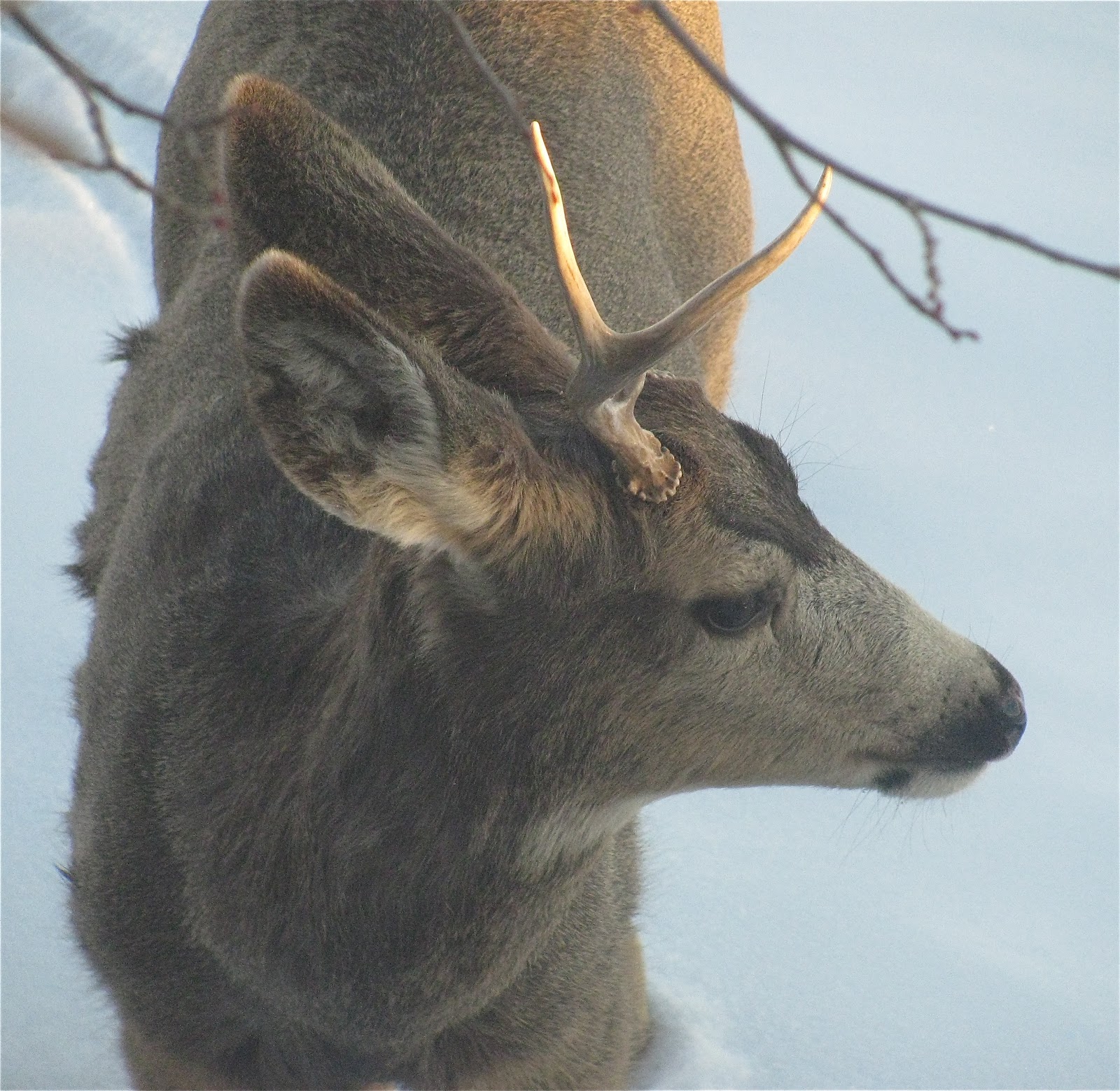 But this one didn't!
Right under my bedroom window at the corner of the deck! 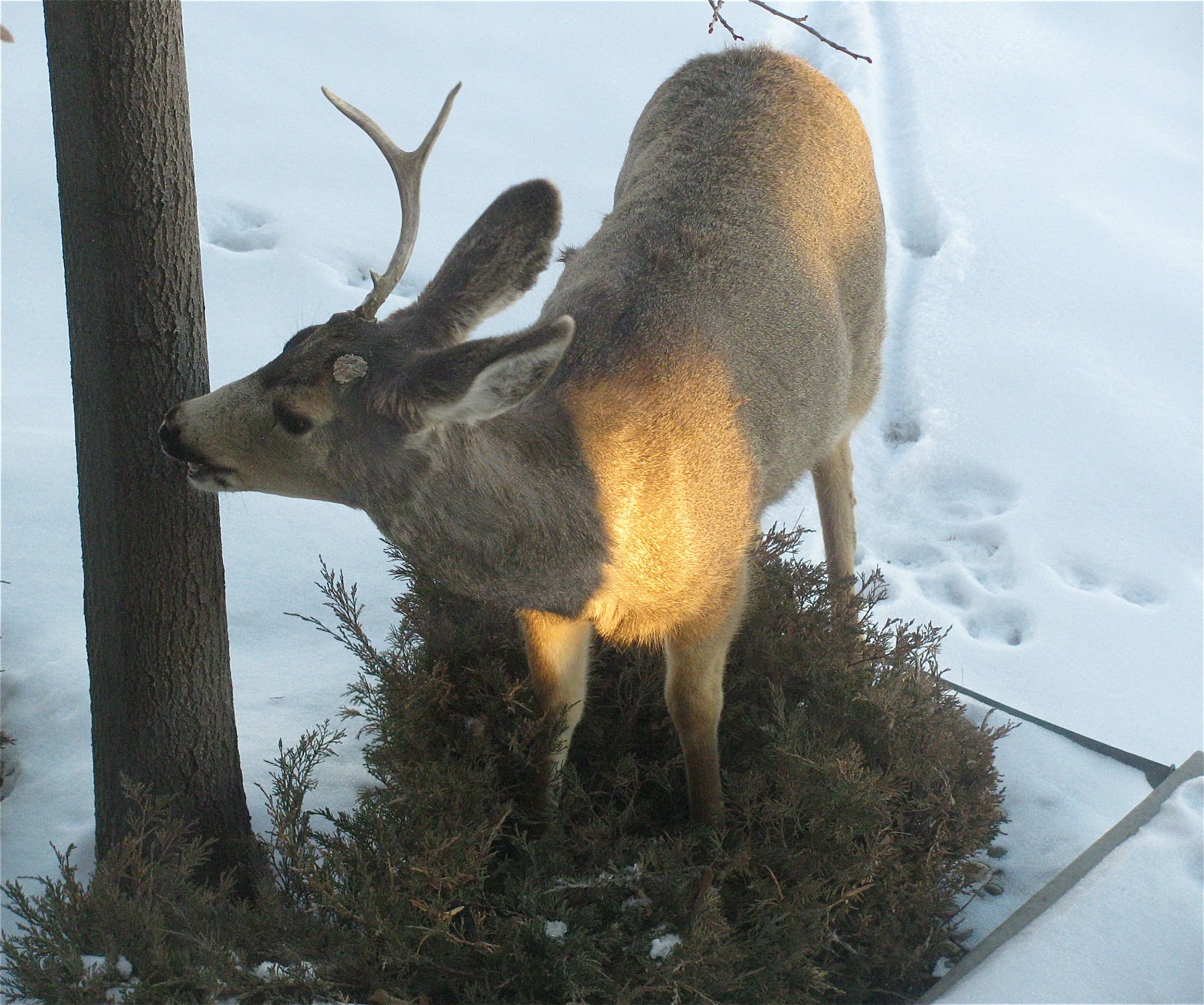 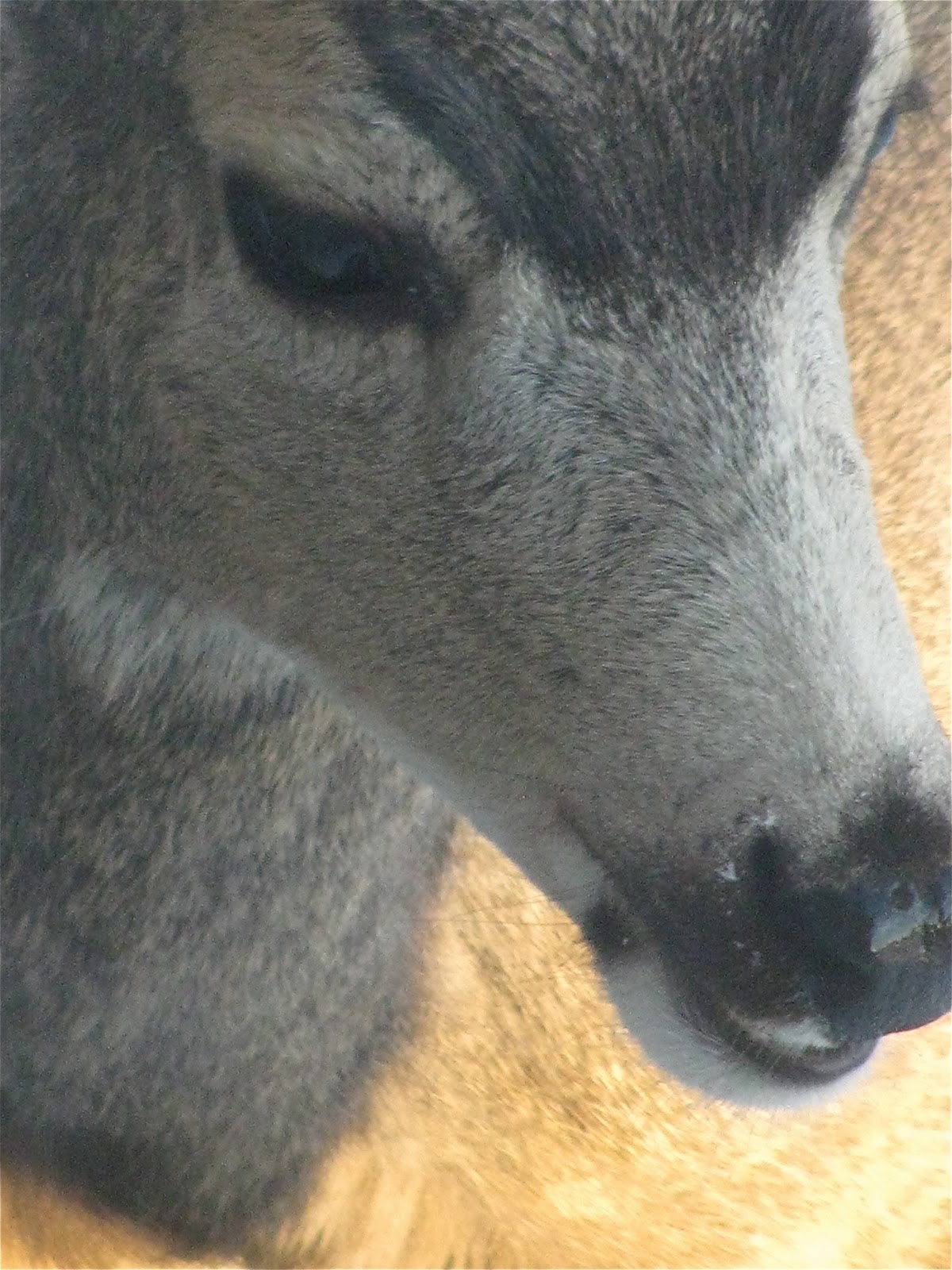 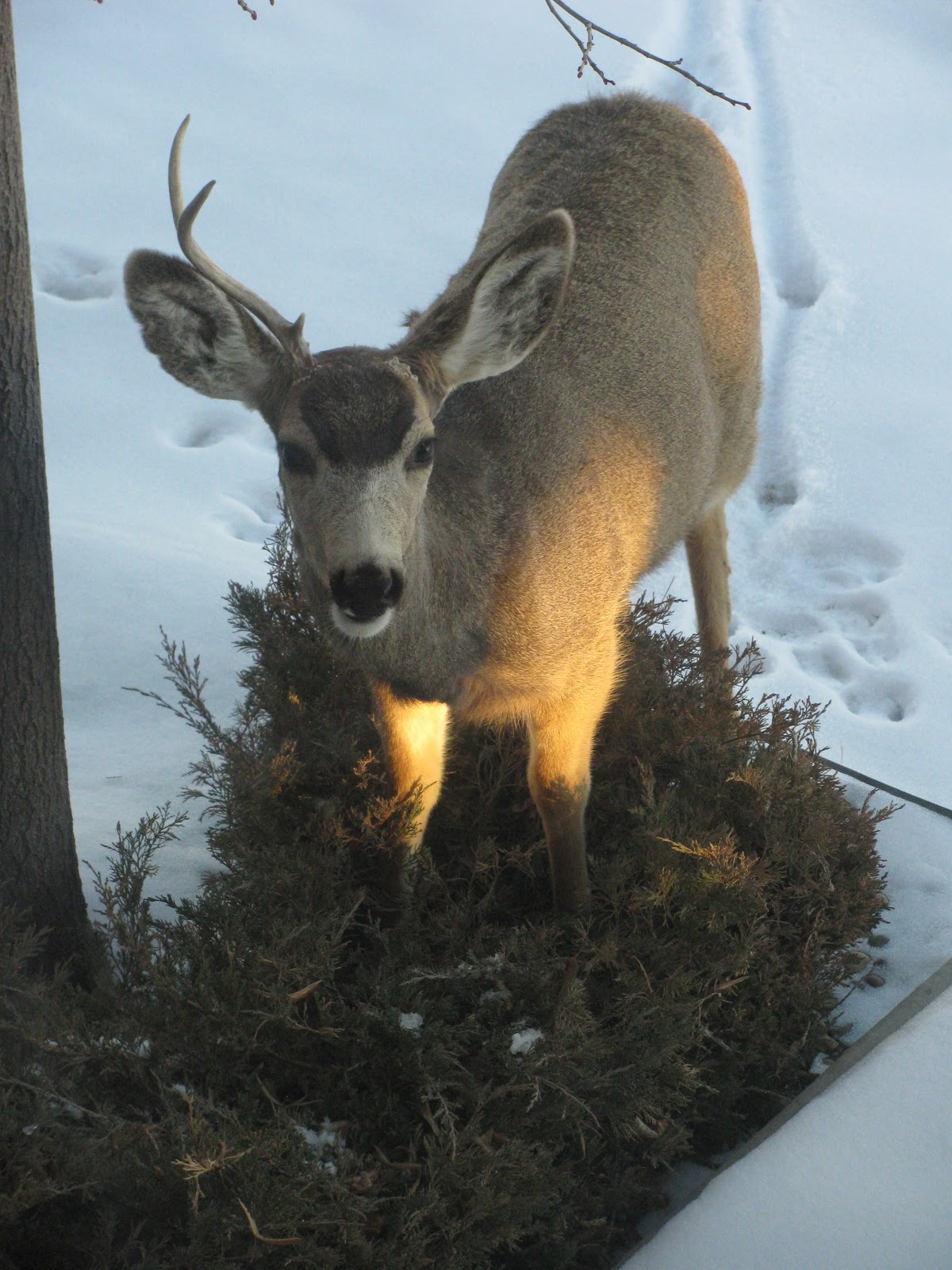 Jump into my clothes.
Jump into Terry's shoes.
Grab my Viking hat complete with runes.
Sneak out the front door.
Hope the neighbors aren't up!

D-A-R-N!
They're around back again!
Slip around the side. 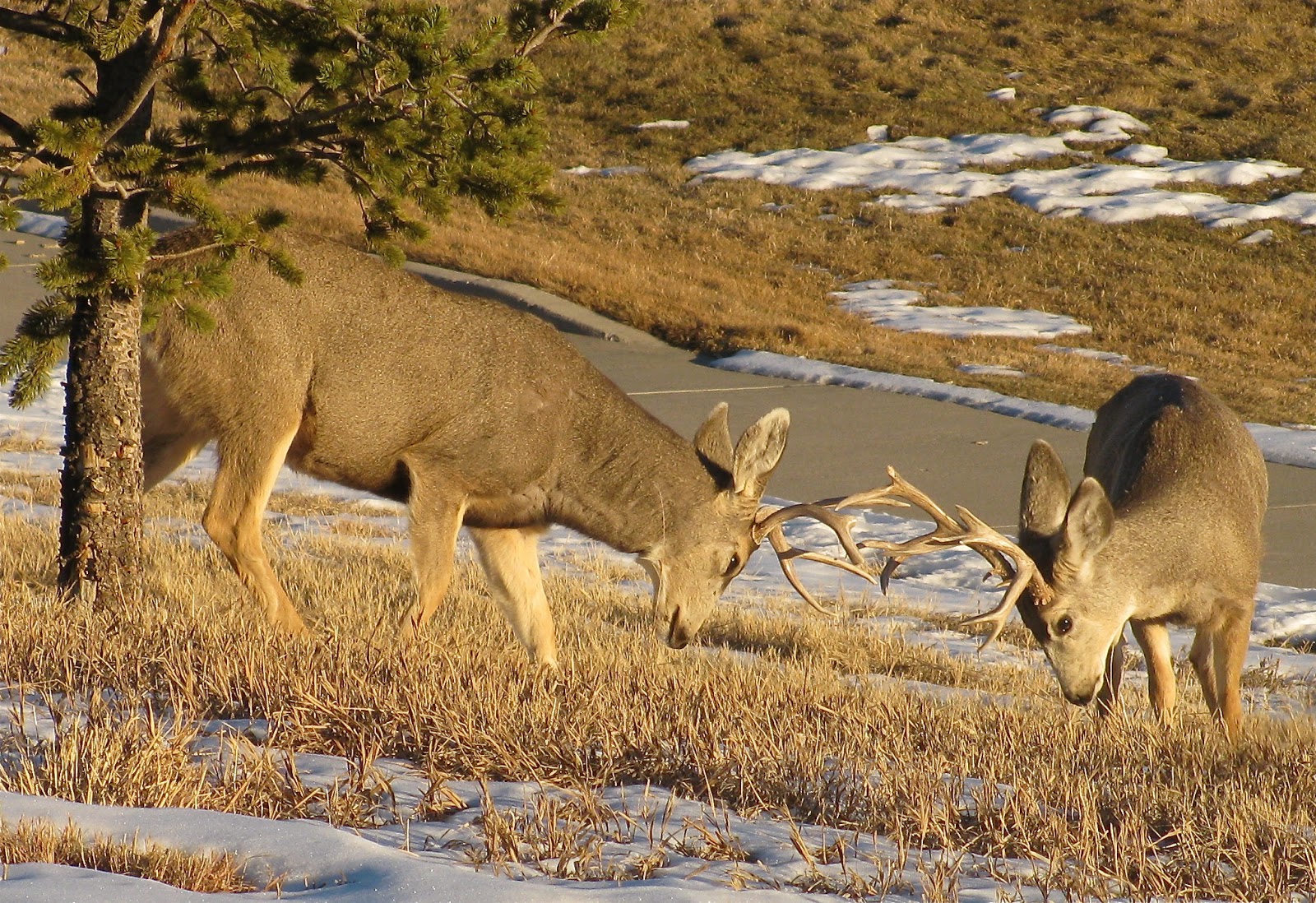 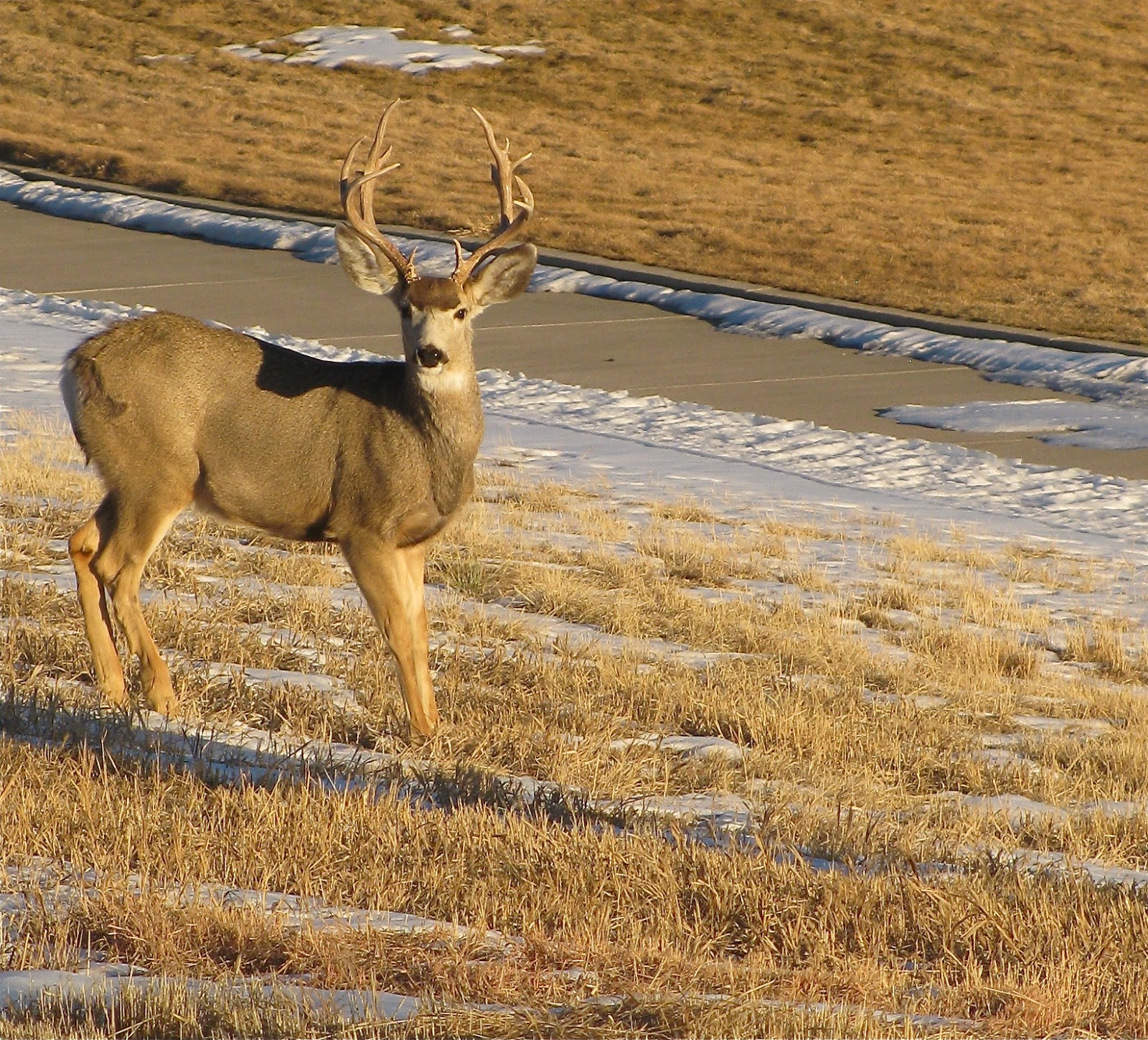 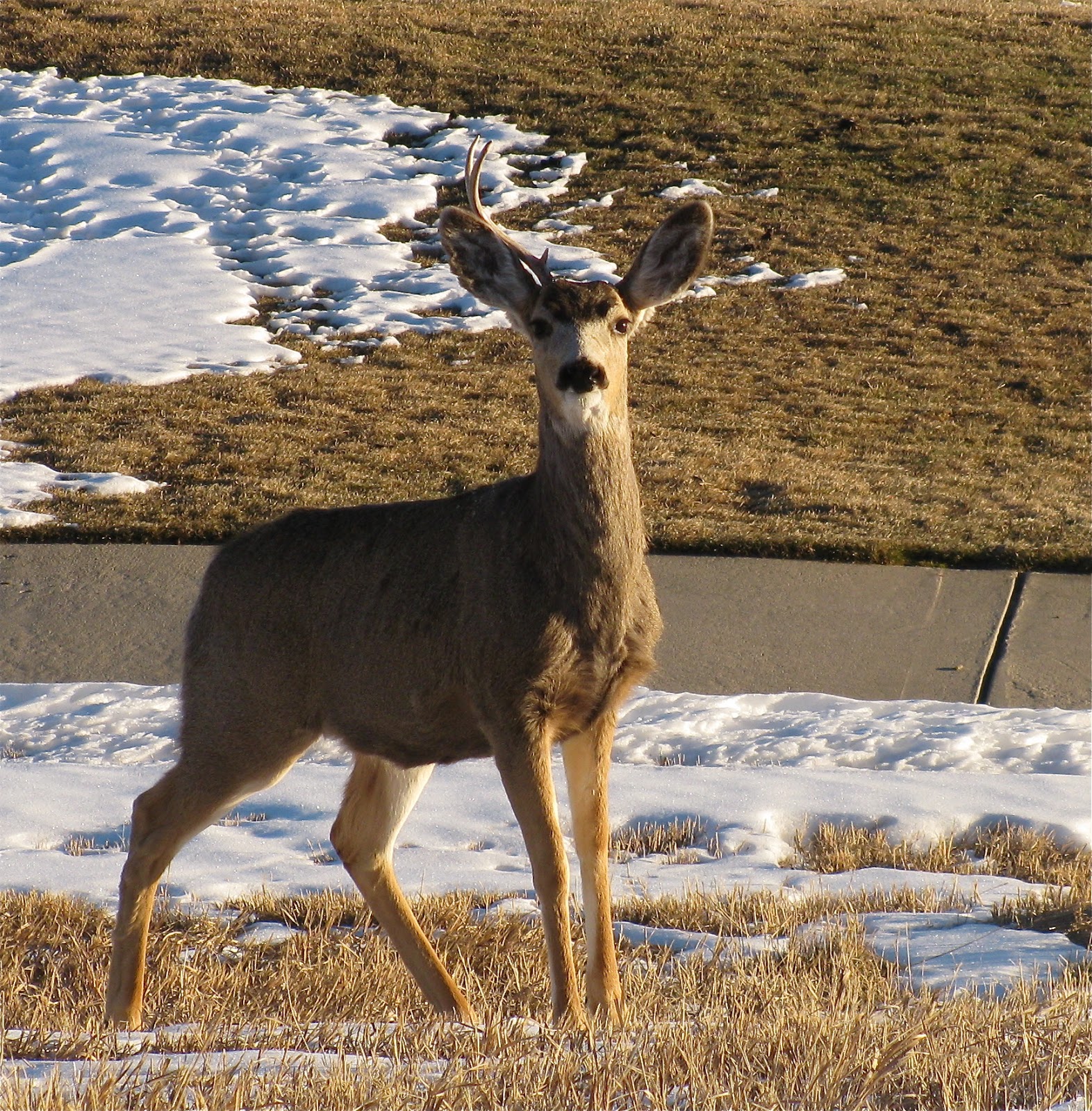 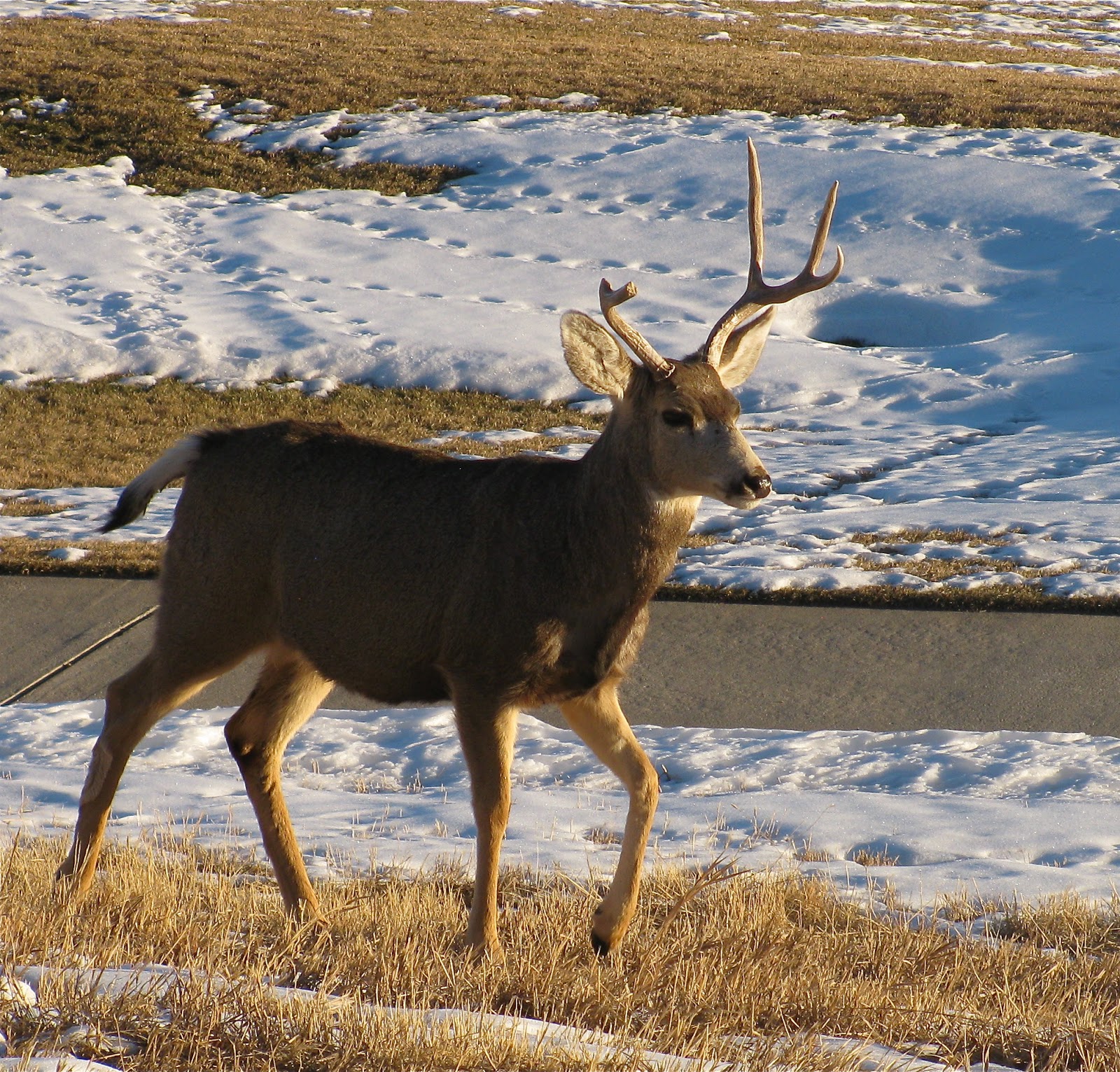 See you 'round!
Maybe I'll know how to count your points by then!

And since I haven't been able to get
this song out of my head all day: