Dear Sally
wrote my father to my mother
on Saturday, September 10, 1960.

I arrived safely in Nakina
about 10 p.m. last night.
I got a room in the Nakina Hotel
(not in any way to be compared
or confused with the Waldorf Astoria)
and immediately went to bed
thinking I would get a good sleep.
That was a laugh! 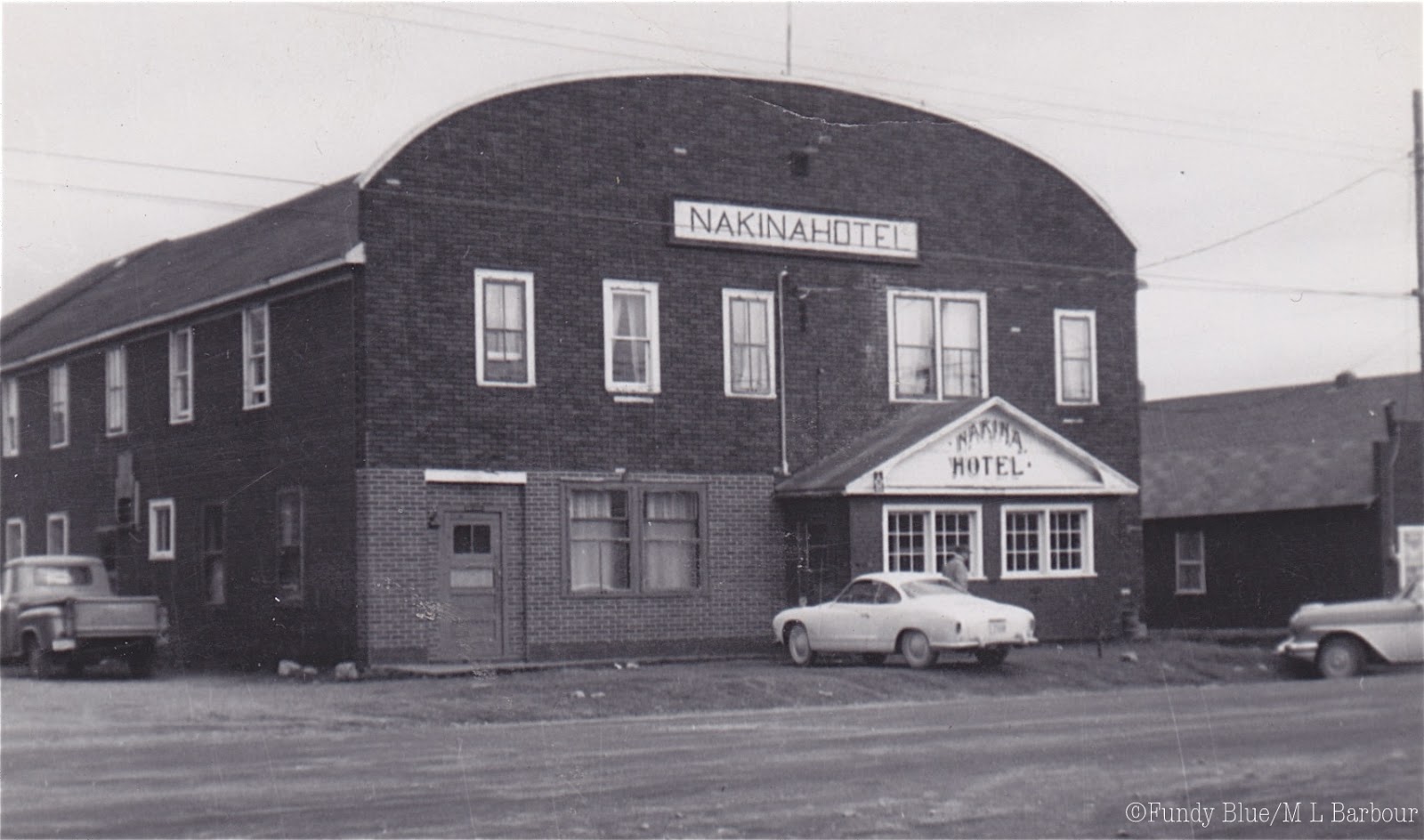 The Palatial Nakina Hotel
The left door is a beer parlour.
My window was the last one you can see on the second floor.
D.B.M., Sept. 10, 1960


Some of the miners and railroad men
were having a pay night celebration,
and things got real lively.
There were several fights
that broke out in the hotel,
one right outside my room.

Well, I finally got to sleep.
I slept right through
until 8:30 this morning,
at which point
I decided to write you a letter
before I fly to Lansdowne House.

The trip up here was very interesting,
especially the trip on
the Algoma Central Railroad
from Sault Ste. Marie to Oba. 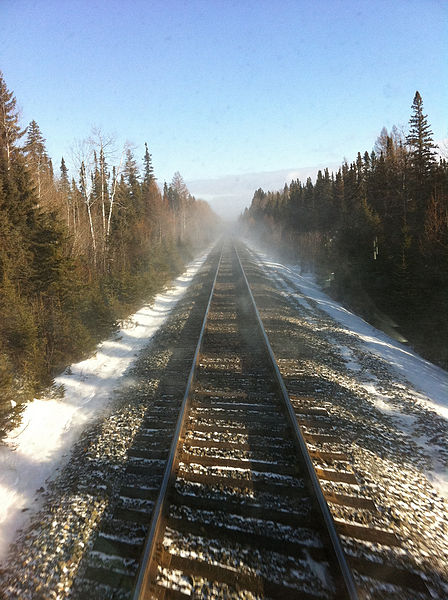 The country was beautiful ~
lakes ~ woods ~ ravines ~ gorges
and fishing camps.
At Montreal Falls on the Montreal River
(see timetable map*)
there is a huge hydroelectric dam and power house. 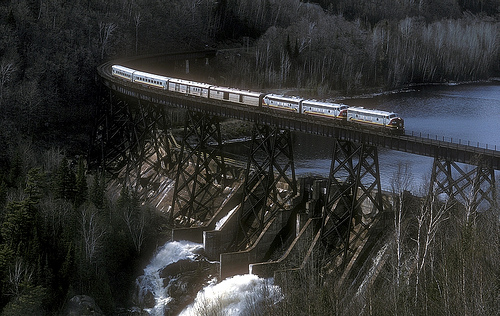 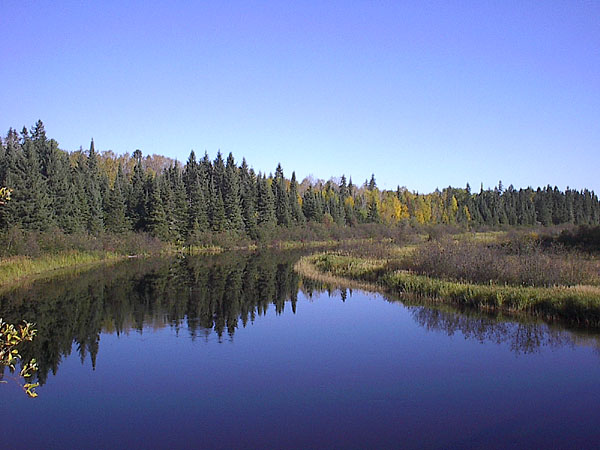 
It took us from 6:15 in the morning
till about 3:30 in the afternoon
to reach Oba,
at which place we transferred to the CNR. 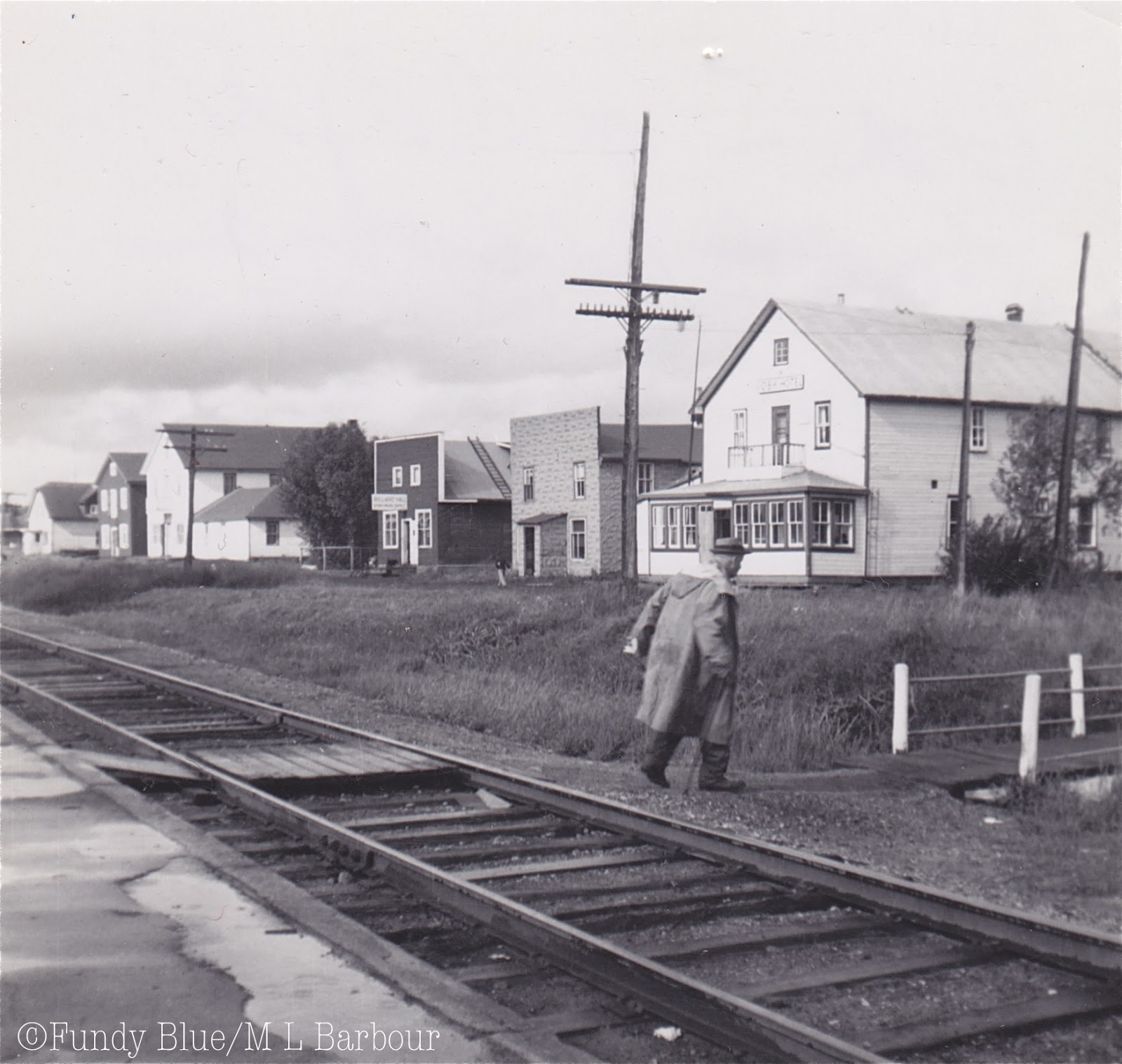 Main Street of Oba
All of it ~ except for one house out of sight at the right side of the picture.
The first building is the commercial district.
The second building is a beer parlour.
D.B.M. Sept. 10, 1960

We had a wait of about 45 minutes at Oba.
The distance from the Soo to Oba
is roughly the same as
from Halifax to Digby**. 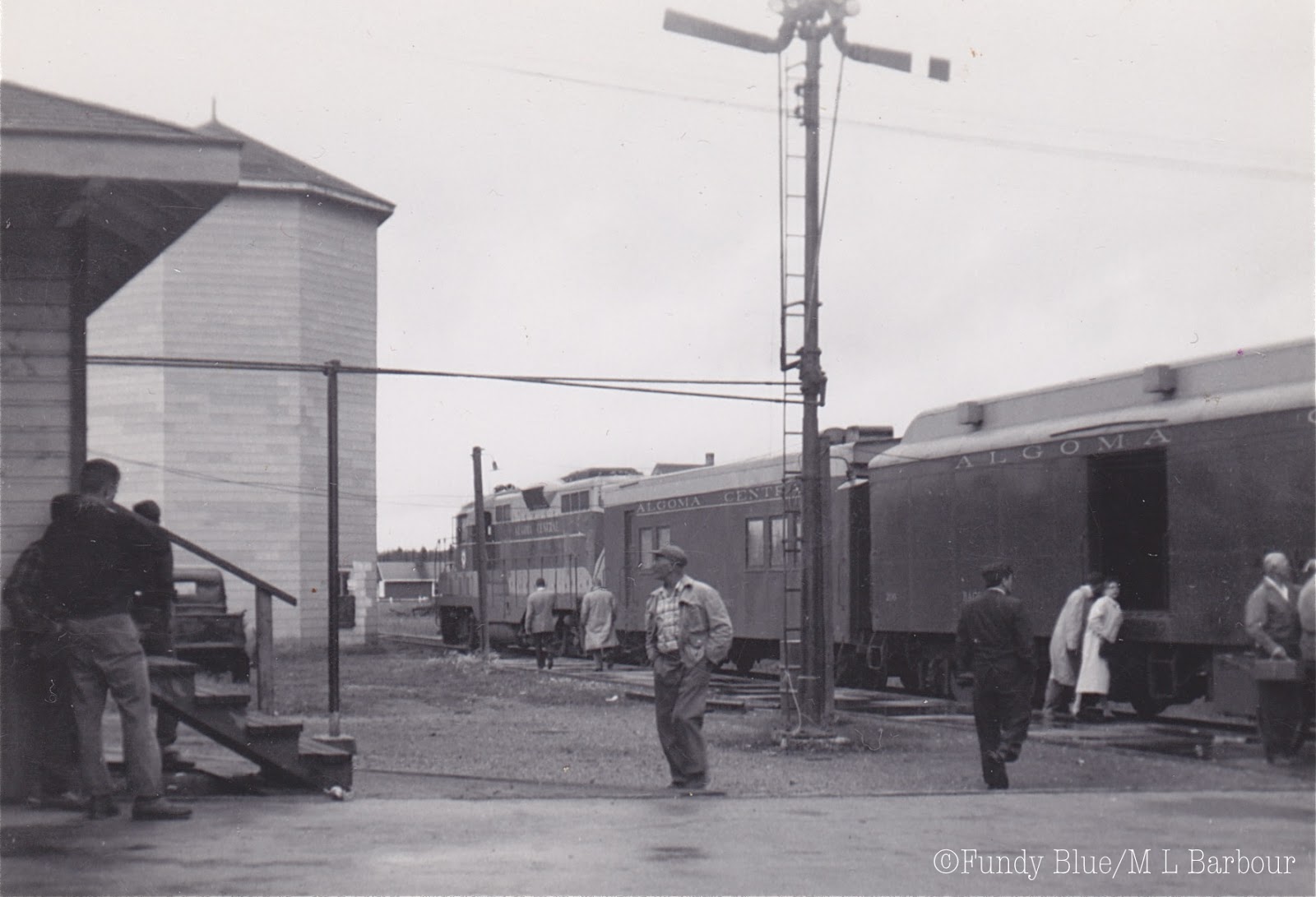 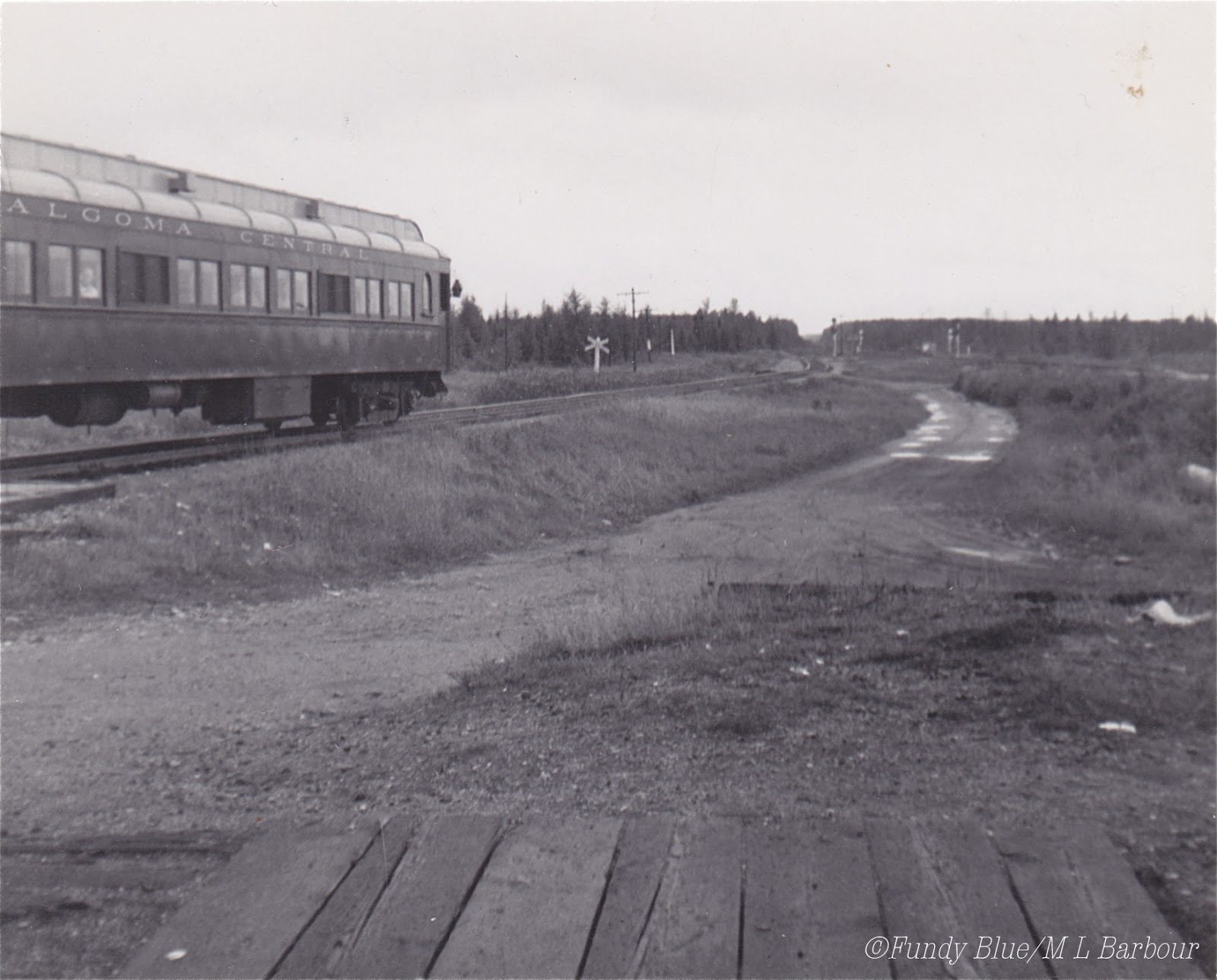 Tail End of Our Train in Oba


About Frater (see map)
the trees started to be colored from the frost,
and at Nakina, the leaves are starting to fall.
Also, it was snowing when we arrived at Nakina*** ~
the first snow of the season.
However it only lasted about 15 minutes
and then turned to rain. 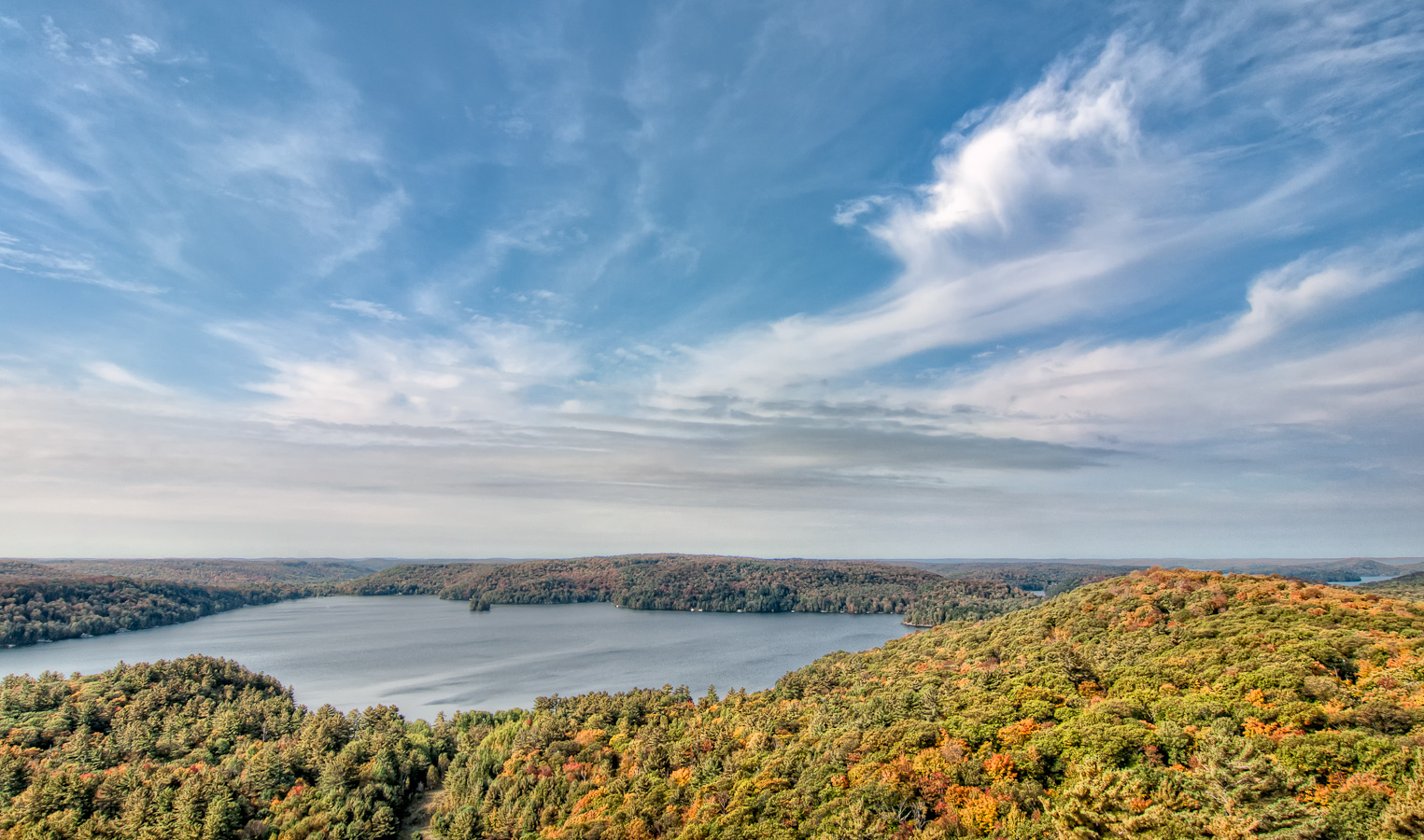 
Nakina is a real frontier town
of about 1,000 people.
There are about three substantial looking buildings
in the town ~ the RR station, the police barracks,
and the Hudson Bay store.
The rest of the buildings
from what I can see from my hotel window
appear to be of rather dubious origin and construction.
It's a really rough and ready town
I can tell you. 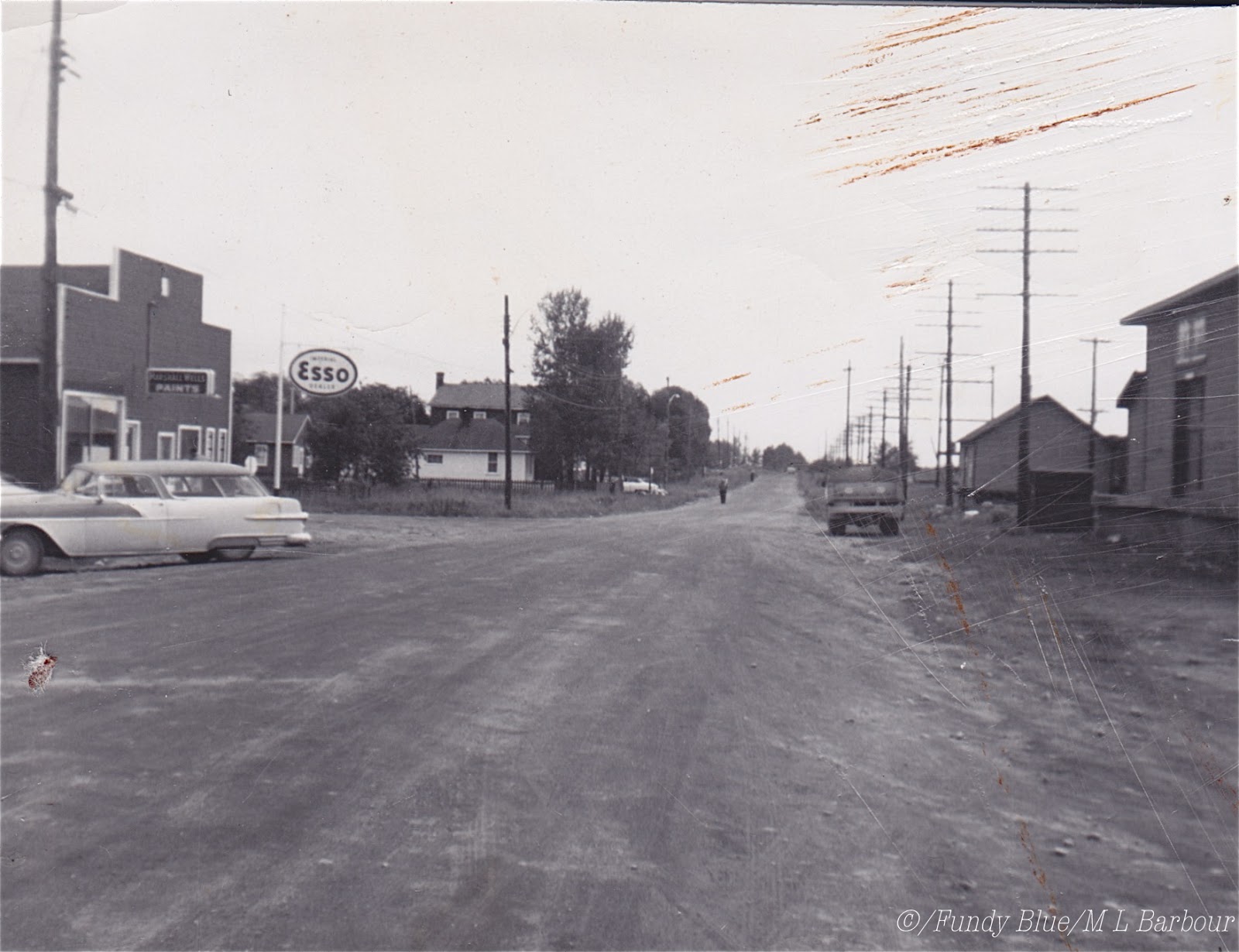 Well, I must sign off now
and see the Indian Agent
about getting to Lansdowne.
I will write you regularly from Lansdowne.

What I said about Friday mails
depends upon the weather.
Sometimes the plane is delayed by bad weather.
The trunks I shipped
from the Cove arrived in Nakina
on the same train I did.
They seem to be in good shape. 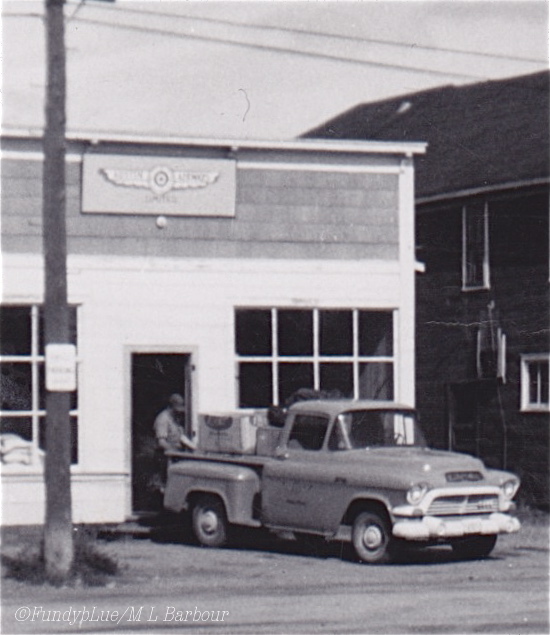 Office of Austin Airways
at Nakina:
My trunks have
just been loaded,
and they are hauling them
out to the air base.
This was the evening before
I flew in to
Lansdowne House. 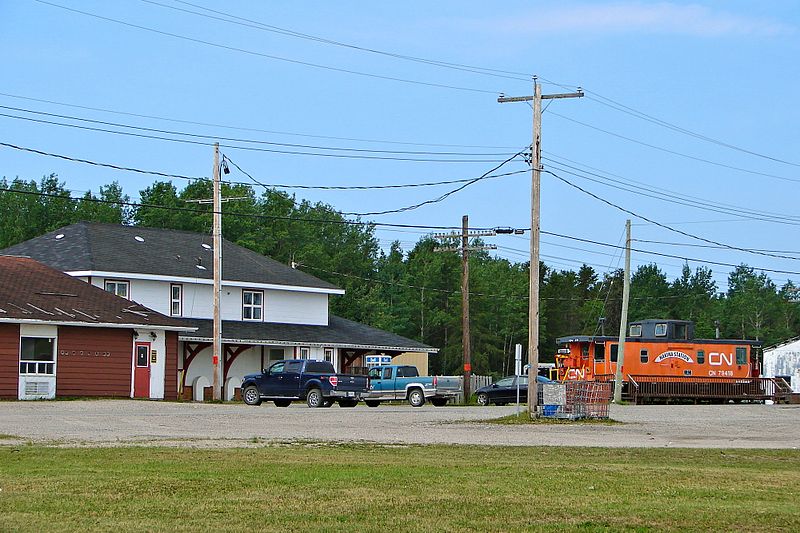 *
I never realized how often my father referred to maps until I started blogging these Human Refuse posts.  I've omitted the map references in his letters, because I haven't thought they were necessary to the story.  Not only was my dad collecting every map he could lay his hands on, but he was drawing them too.

It was my dad who first taught me how to draw maps based on other maps using a grid system.  We worked on  Chile when I was quite young.  Now I'm wondering where all those maps Dad refers to have gone.

Note to Barb:
If you're reading this can you check out those scrapbooks of Mom's ~ see if there are any maps there?
Better yet ~ can you arrange for another operation so I can come up and look for them myself? LOL!)


**
We're talking pre the Trans Canada Highway that now runs through Nova Scotia bypassing everything.  If you ever visit Nova Scotia, you must get off the TCH.


***
Alas, Nakina has been subsumed into the Municipality of Greenstone, along with the communities of Beardmore, Caramat, Geraldton, Jellicoe, Longlac, Macdiarmid, and Orient Bay.
Source:  Wikipedia 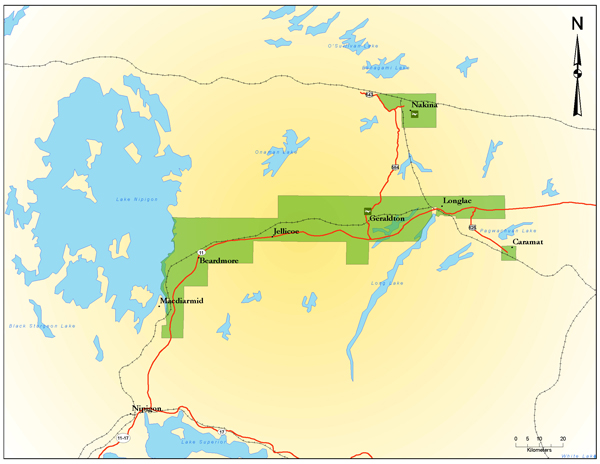 
Greenstone has a population of 4,724 people,
an area of 1,069 square miles
(2,768 square kilometers).
It is one of the largest incorporated towns in Canada,
compliments of the Progressive Conservative
Government of Ontario action in 2001.
Source:  Wikipedia 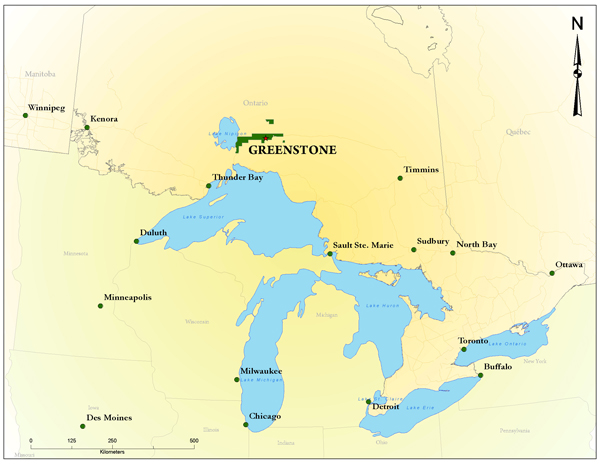 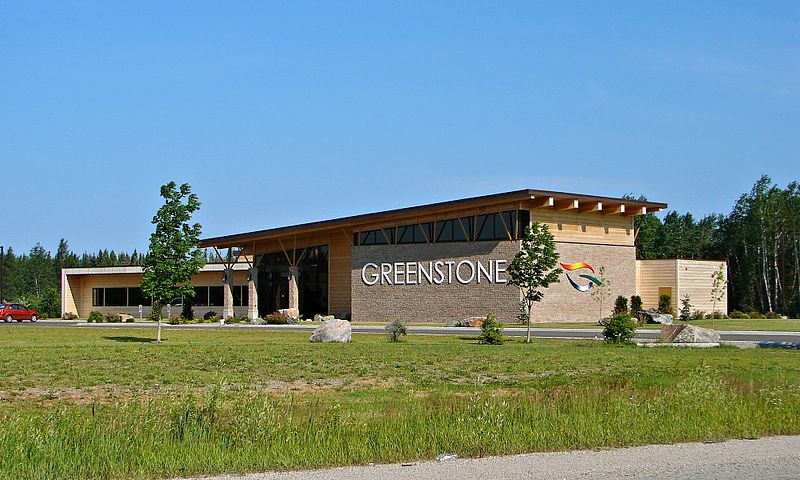