HR8: What My Father Didn't Tell My Mother

My father also wrote many letters
to his mother, Myrtle Jane (Pratt) MacBeath.
His father, Royal Stewart MacBeath, had died in 1951. 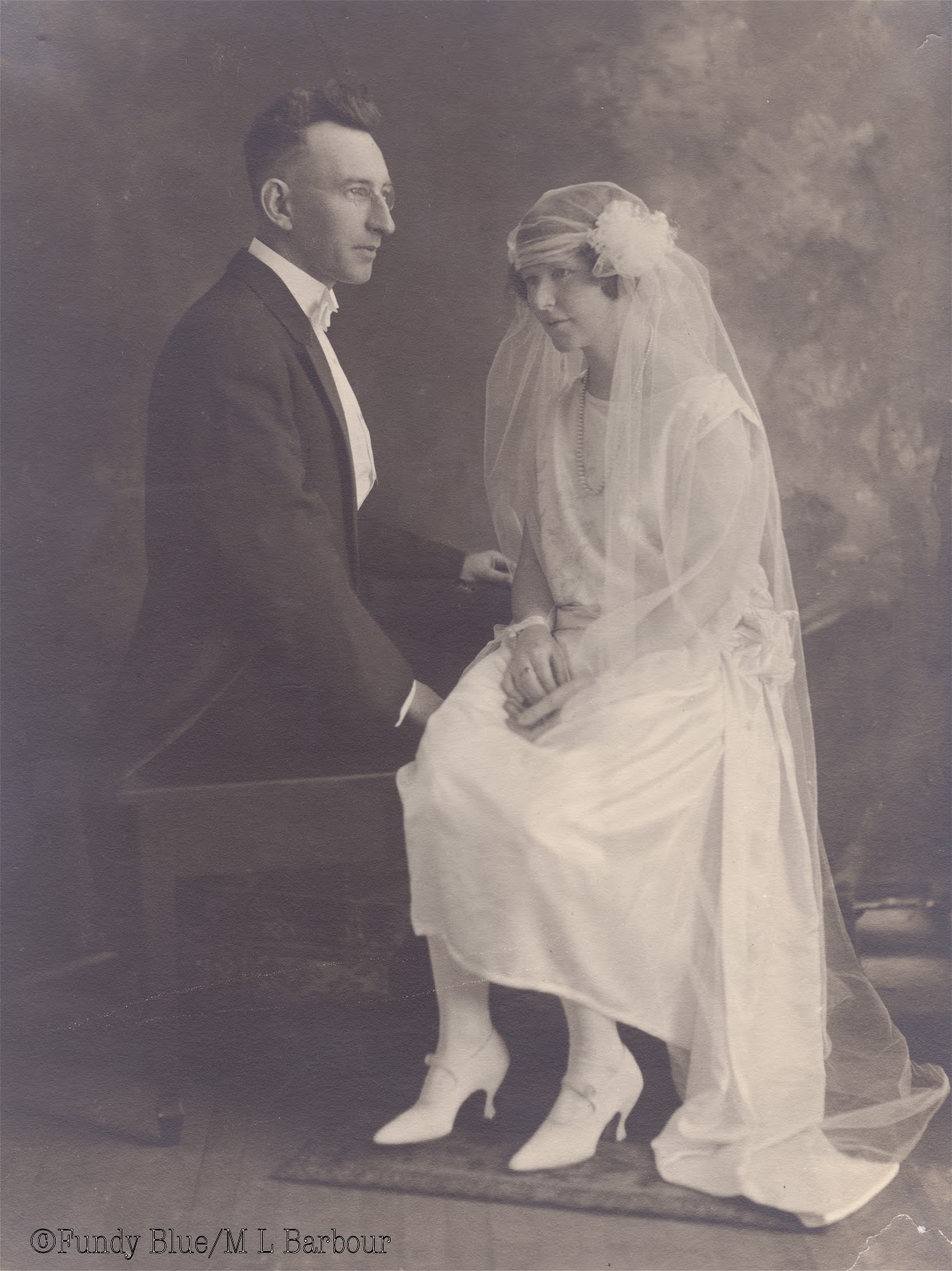 It's interesting to see what my father
told his mother and didn't tell his Sally. 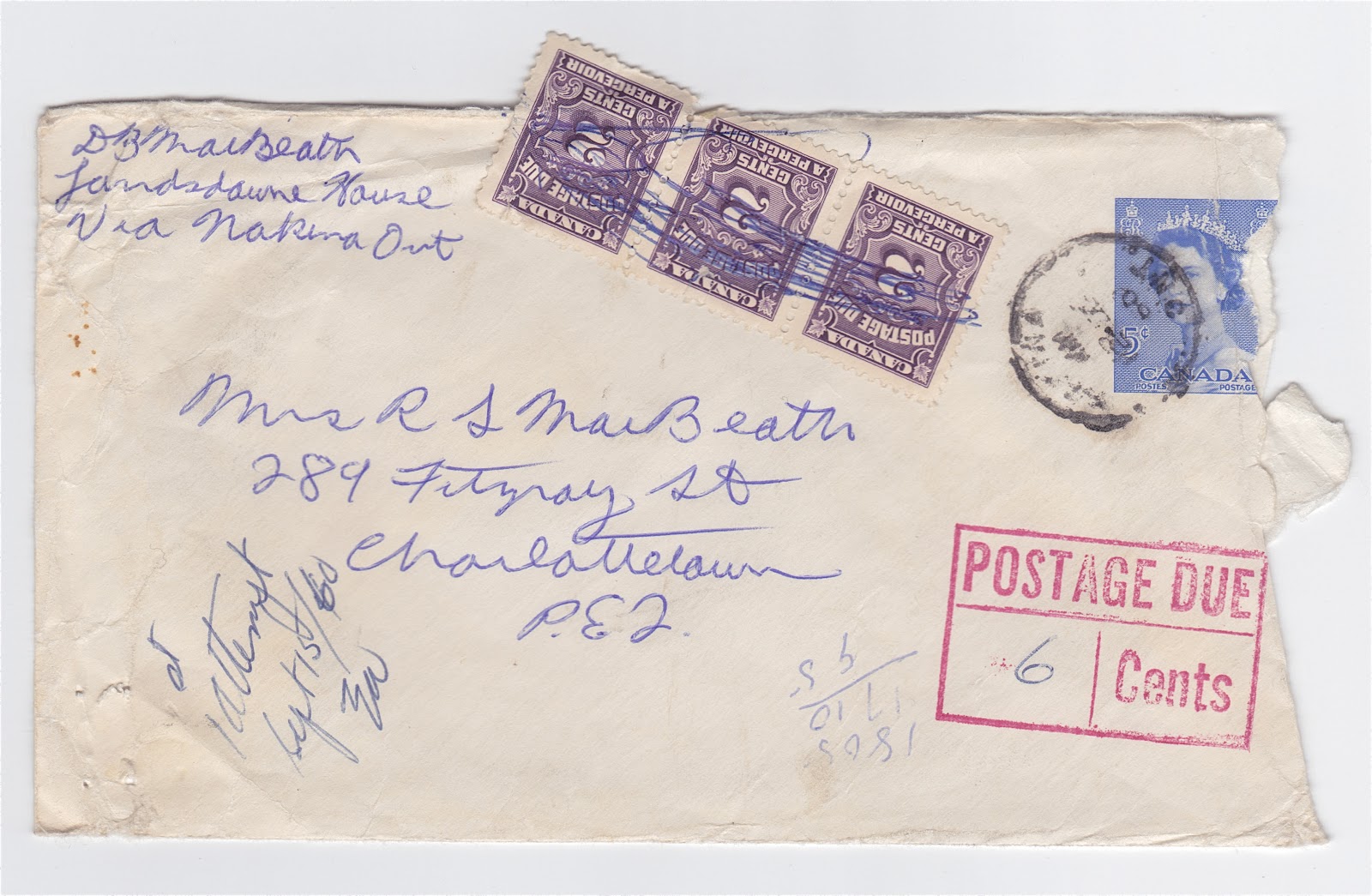 Dear Mother
wrote my father to his mother
on Sunday, September 11, 1960.

Thank you for sending me the extra $20.00.
I wouldn't have asked for it
except that I was desperate.
I only brought $175.00 with me,
and my expenses paid
and still owing
amount to $176.47,
and I still haven't reached Lansdowne House. 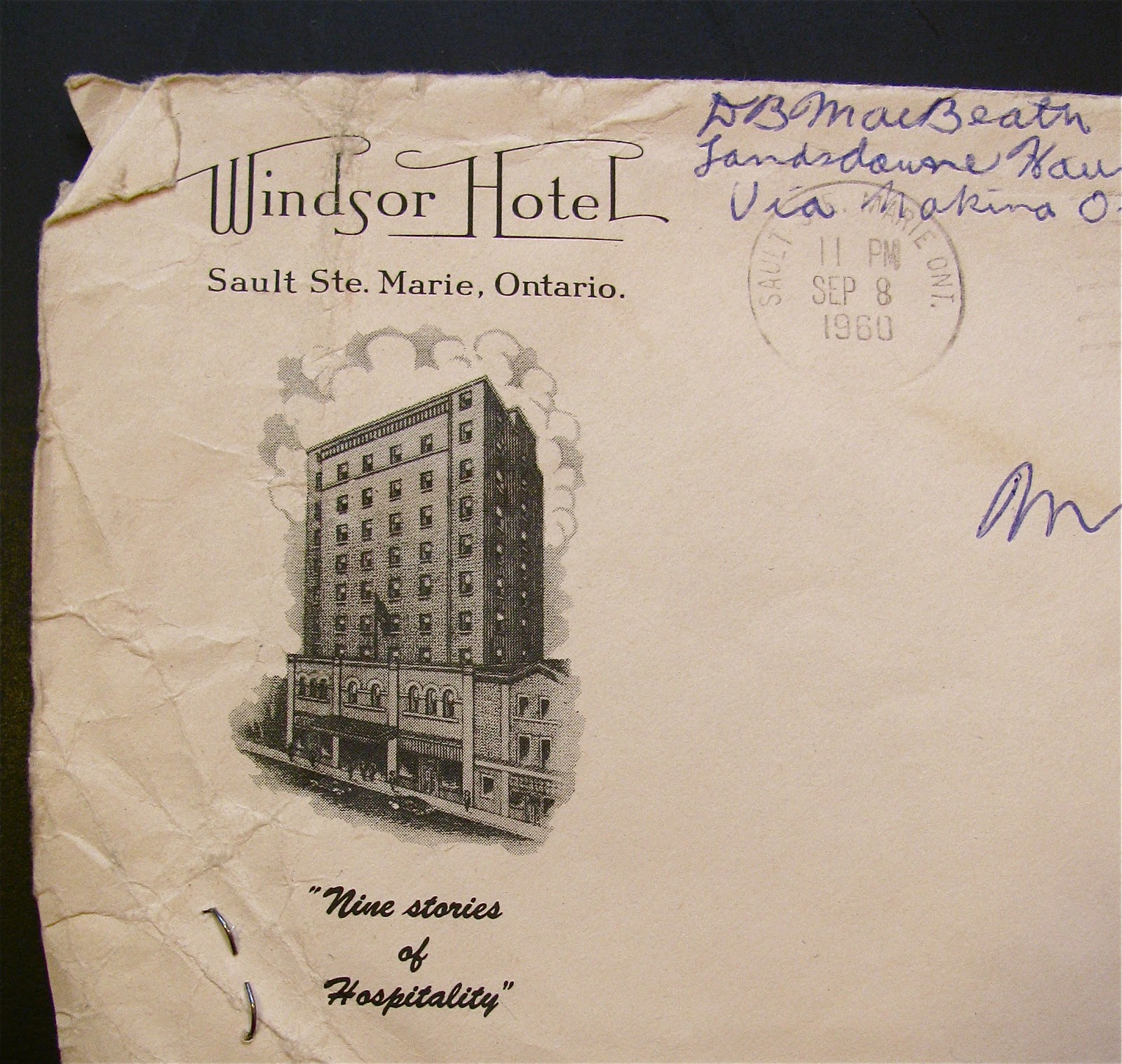 I have had to spend so much more

than I anticipated,
and I wasn't being
being extravagant.
For instance, my room
at the Windsor Hotel
for three nights
(Tues., Wed., and Thurs.)
cost $24.00.

Additionally,
instead of just an overnight stop at Nakina,
I am going to have to stay
until Monday or Tuesday
on account of the the transportation problem
of getting to Lansdowne House.
A combination of bad flying conditions
and the fact that they are hauling in
the winter supplies has forced me
to lay over here for three or four days. 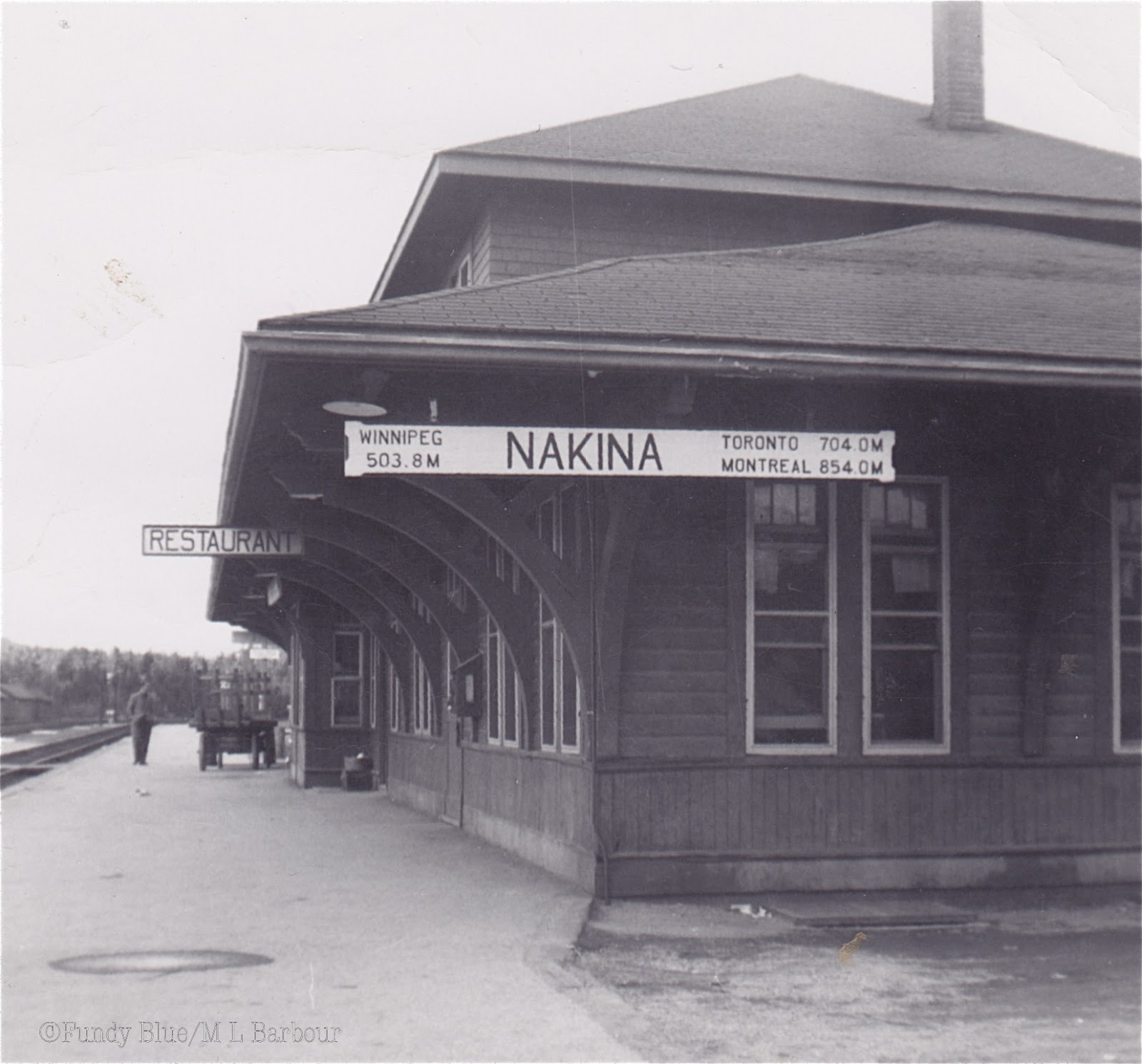 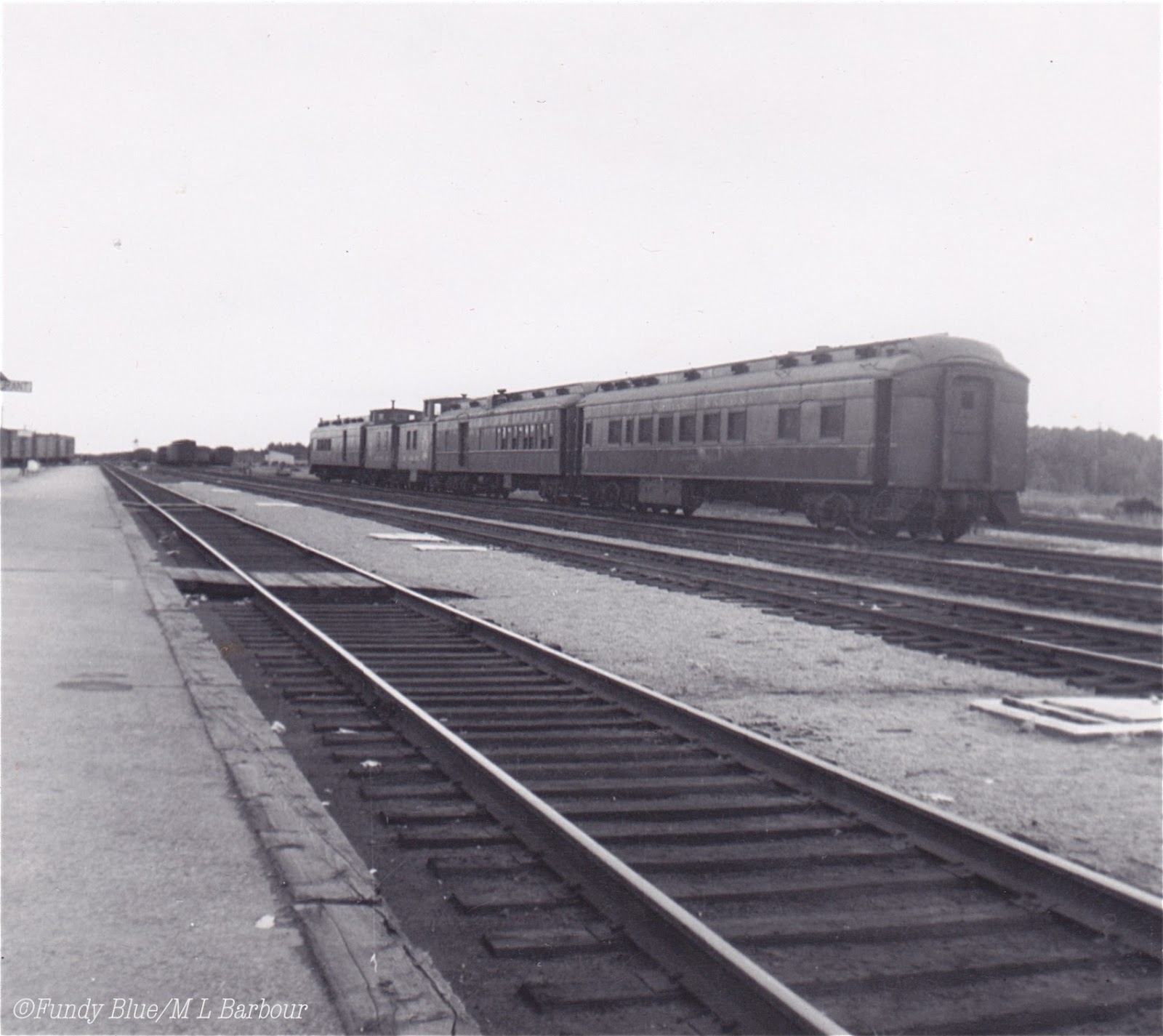 At Nakina, Ontario
Which is a Division Point on
Main Canadian National Railway Line
D.B.M., Sept. 10, 1960

The hotel bill here
(3 nights:  $12.00)
and the extra meals add up.
Here is a detailed list of my expenses.
As you can see I have not been
flinging money around lavishly. 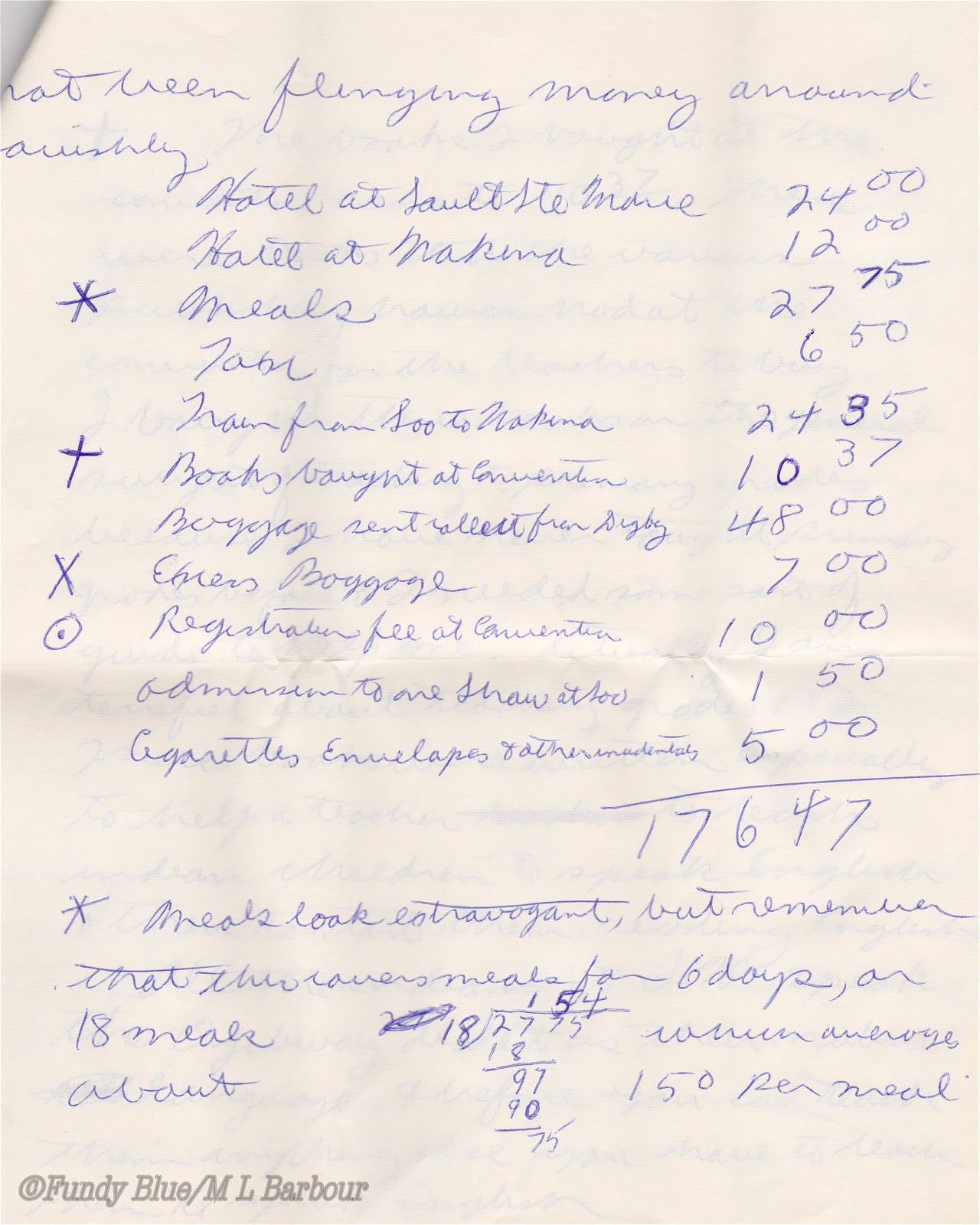 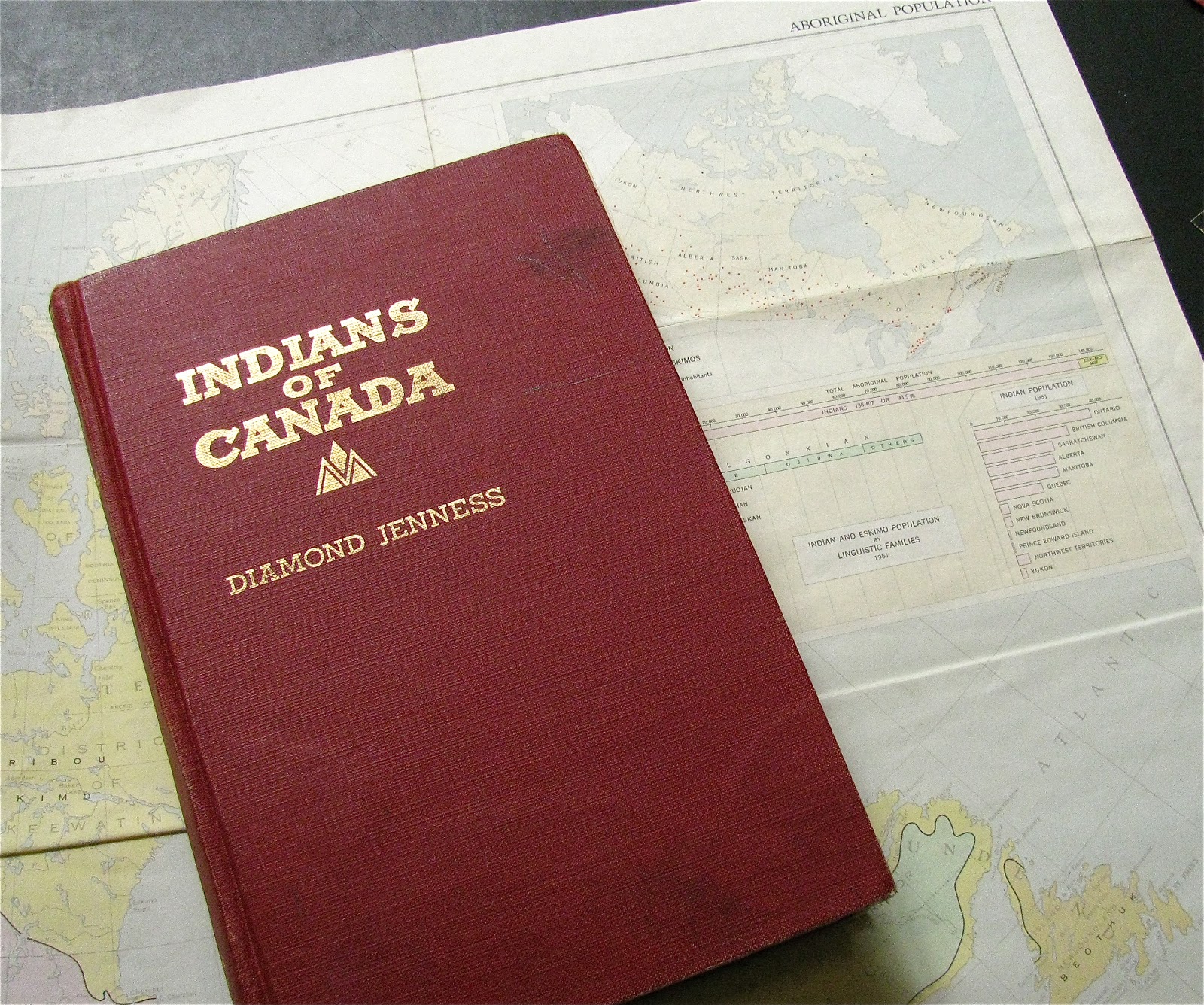 I bought three books on the general subject
of teaching to primary grades
because I have never taught primary grades before,
and I needed some sort of guide to help me.

Actually I am terrified
of teaching grades one and two.

There were books written especially
to help a teacher to teach
Indian children to speak English
and then to start them reading English.

All the Indians at Lansdowne House
speak the Ojibway dialect as their native language,
and before you can teach them anything else,
you have to teach them to speak English. 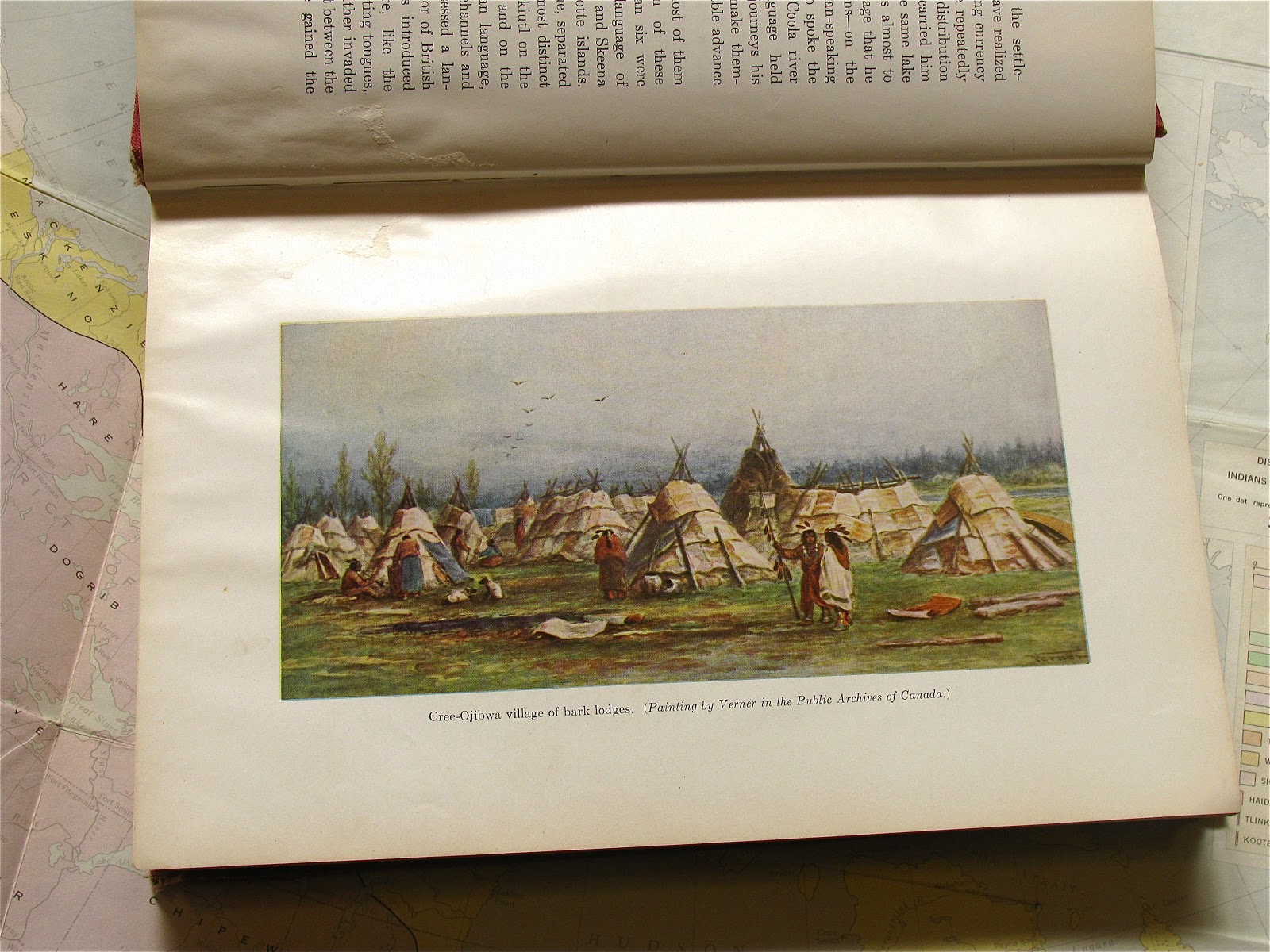 Cree-Ojibwa Village
Frederick A. Verner [Canadian Painter, 1836-1928]
Painting by Verner in the Public Archives of Canada

In spite of the fact that
Helen Cox didn't charge me
for excess baggage,
they reweighed the baggage at Moncton,
and I had to pay
an excess baggage charge of $7.00.

If I didn't have enough expenses already,
we were all nicked for a $10.00 registration fee.
This covered expenses for
a banquet at the convention
and the yearly dues in
The Northern Ontario Indian Teachers Association.

I was getting desperate...
However,
enough about the sordid details
of my financial problems.

I had quite a trip from Sault Ste. Marie to Nakina... 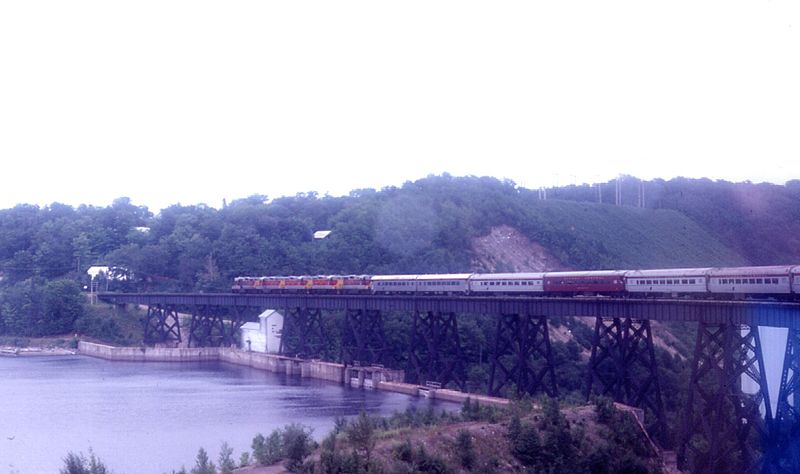 Algoma Central Railway
The train is crossing the trestle over Montreal Falls at the hydro dam on the Montreal River.
The train has five locomotives to pull the train up and down the hills.
It is heading south to Sault Ste. Marie (aka Soo)
http://commons.wikimedia.org/wiki/File:Algoma_Central_Railway_at_Montreal_River.jpg

The Algoma Central Railroad
is a real small railroad
with real character and very antiquated rolling stock.
It reminds me of the old Dominion Atlantic Railway
before they brought in the new modern dayliners. 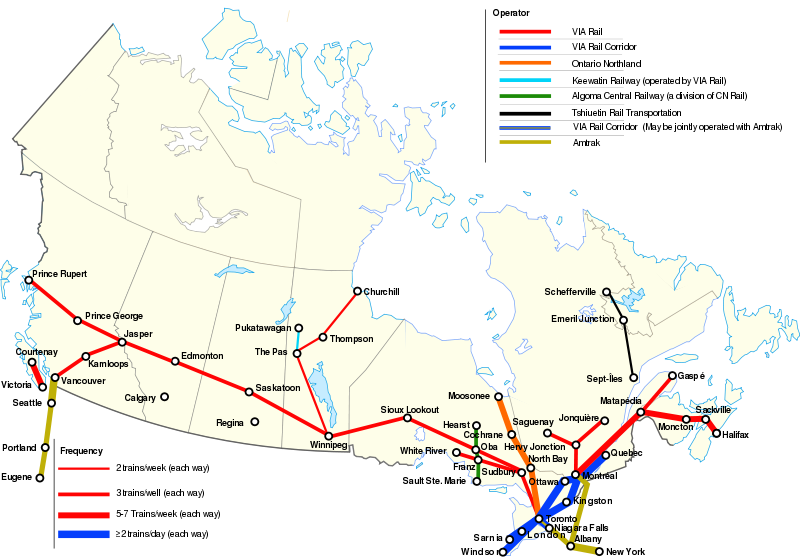 ...all along the railroad,
which incidentally runs through
some of the roughest, wildest, and most beautiful
country I have ever seen,
there are fishing and hunting camps
for wealthy tourists
who want to rough it
at about $18.00 - $22.00 per day.

The train stopped at about every one of these camps
to let off tourists,
pick up tourists,
and unload supplies.
All told I believe there were 19 stops
in addition to the four regular stations.

Apparently these camps are flag stations,
and if you want to catch the train,
you stand out by the track and hail the train,
just like a bus. 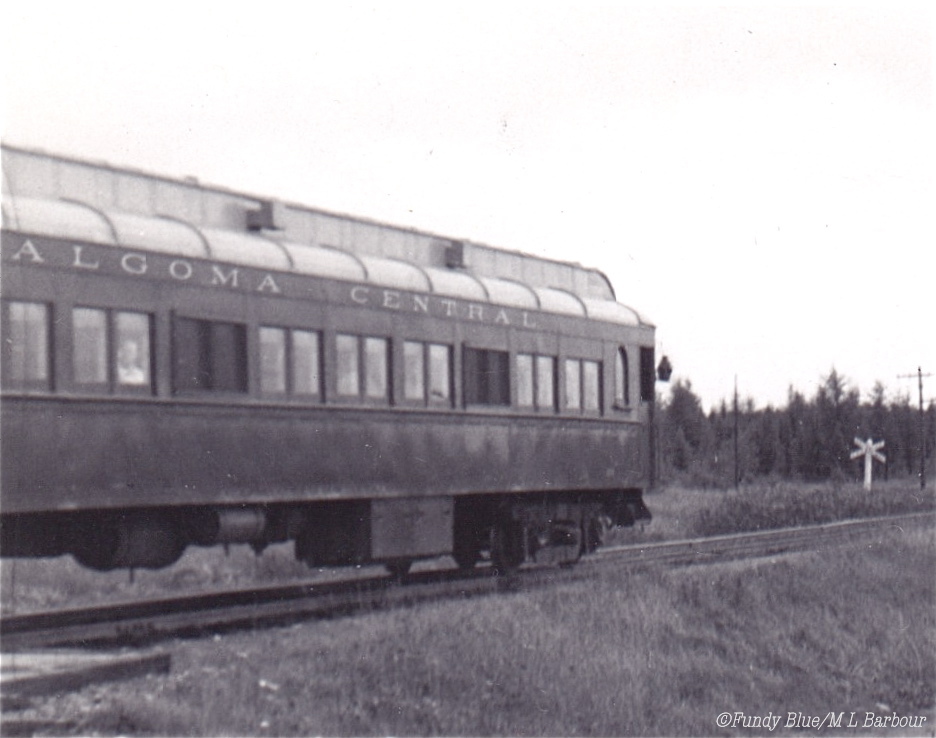 Once we stopped in the middle of the woods
for no apparent reason.
I didn't know if we had broken down or not,
and considering the condition of the train,
this wasn't a too remote possibility.

Later I found out that they had stopped
to pick up an Indian
who had come out of the woods
and had hailed the train.

We made another stop about 5 miles further on
to let off this same Indian
at another indeterminate point
deep in the woods.

Boys oh boys,
The Algoma Central Railroad is really something! 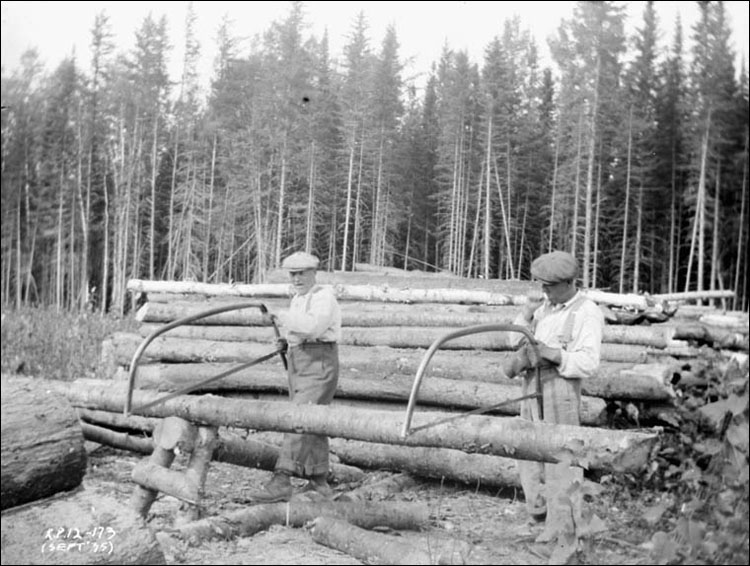 Nakina is a real frontier town of about 1,000 people.
It is a divisional point on the CNR. 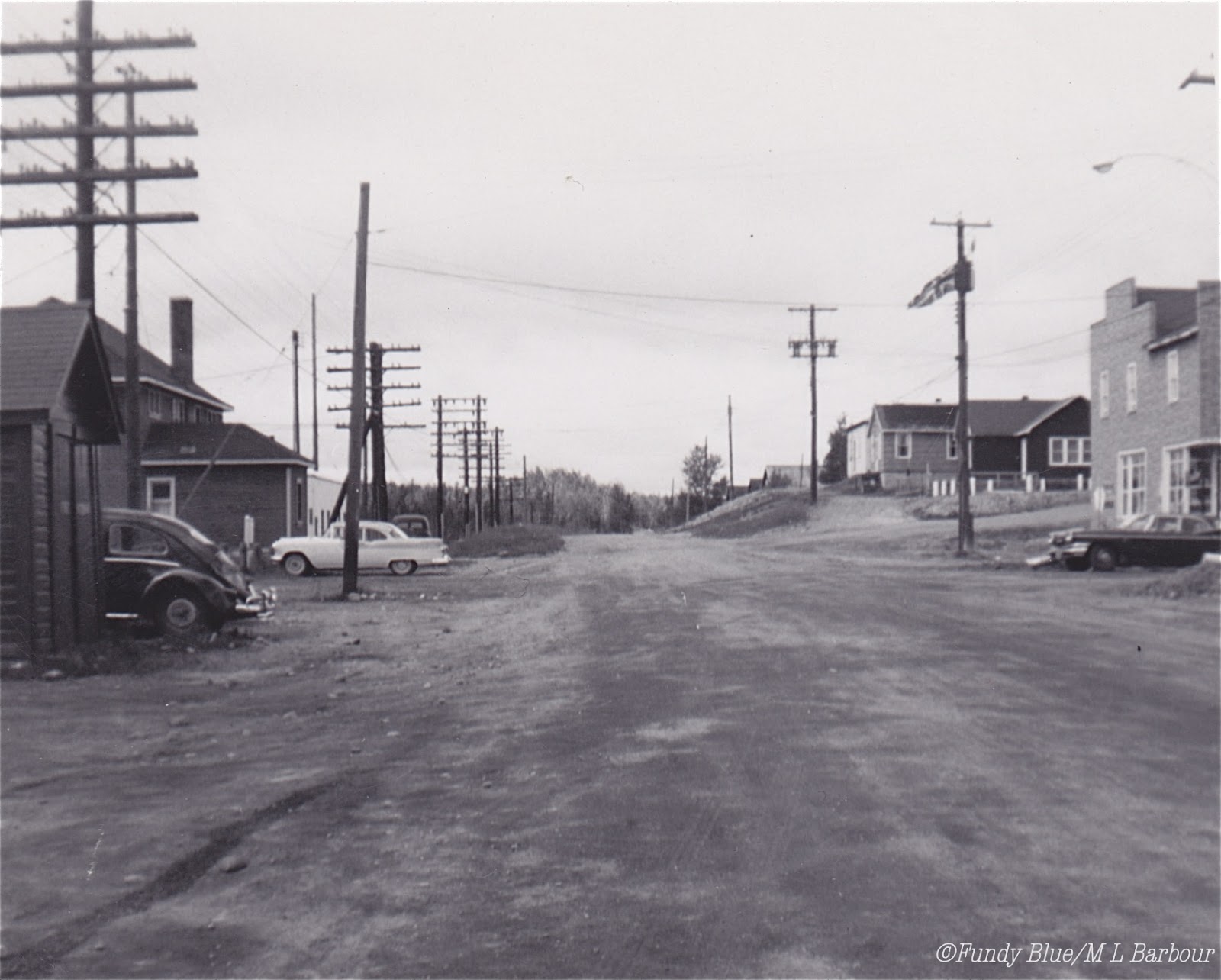 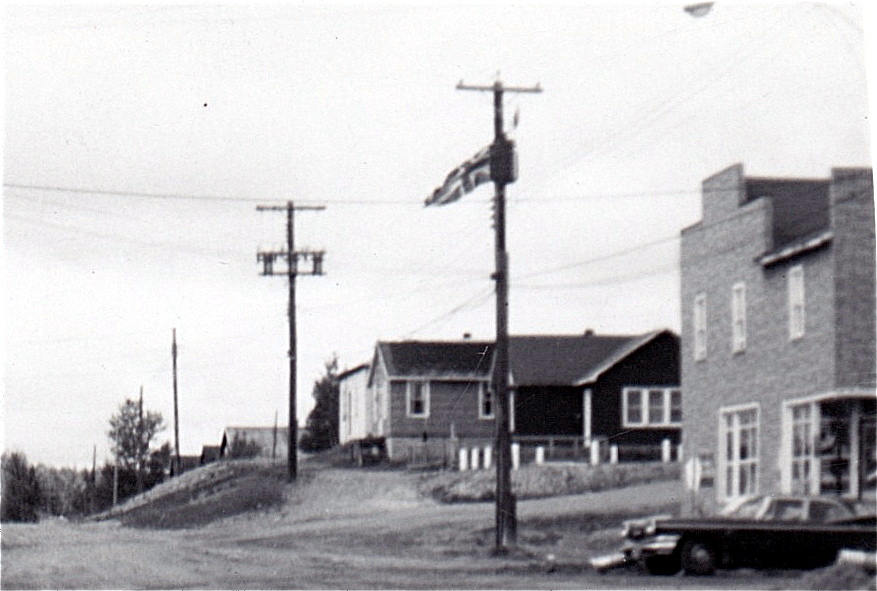 There is also a very large telegraph station here,
because Nakina is one of the main relay stations
on the Trans-Canada CNR telegraph system. 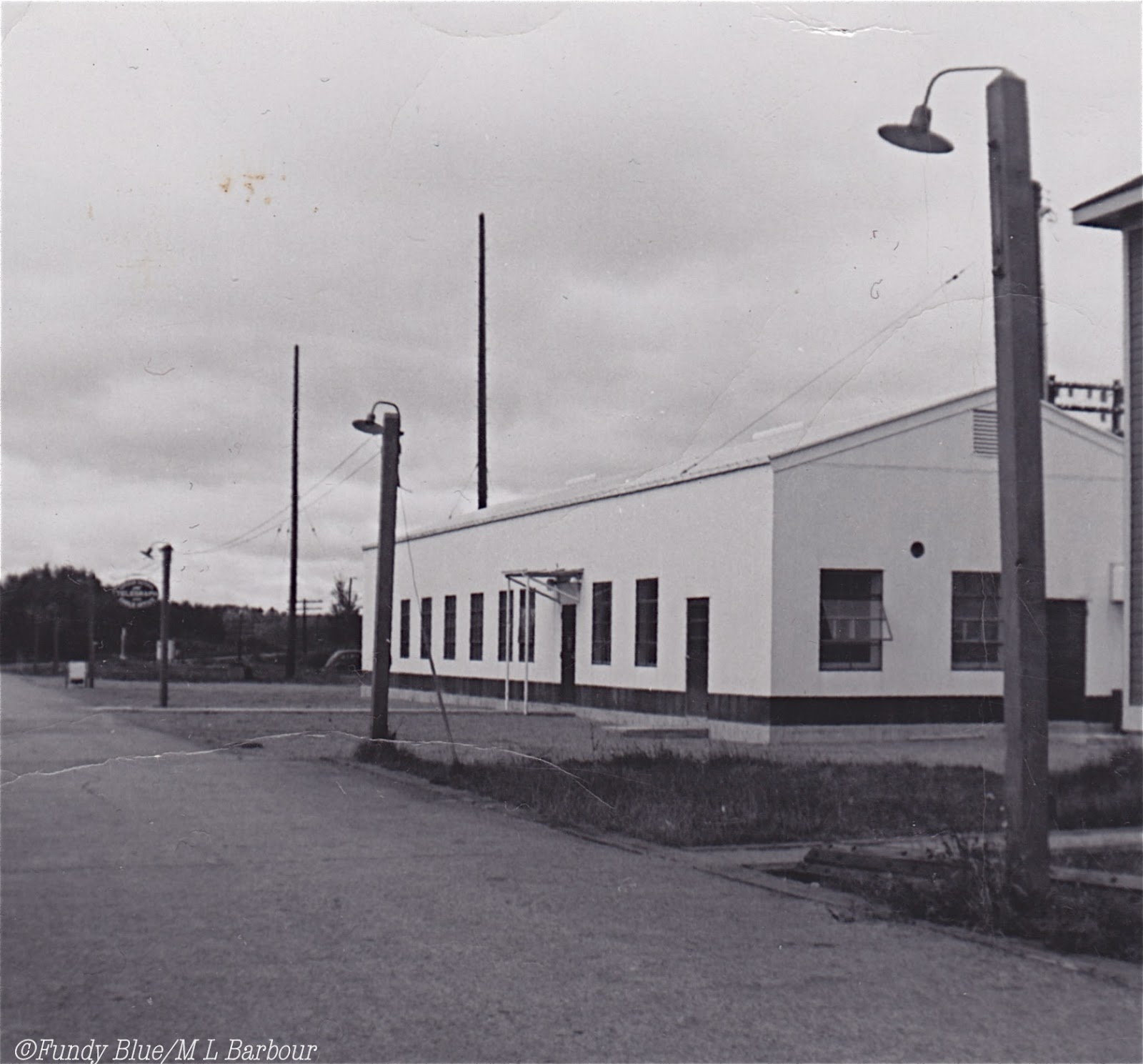 Telegraph Office at Nakina
This is one of the main relay stations on the CNR Trans-Canada Telegraph System
D.B.M. Sept. 10, 1960

However, apart from the station and the telegraph building,
the only other buildings in the town
that look substantial
and are in a good state of repair
are the Hudson's Bay Store
and the Ontario Provincial Police Station.
The rest of the buildings are of
rather dubious construction, origin, and architectural style. 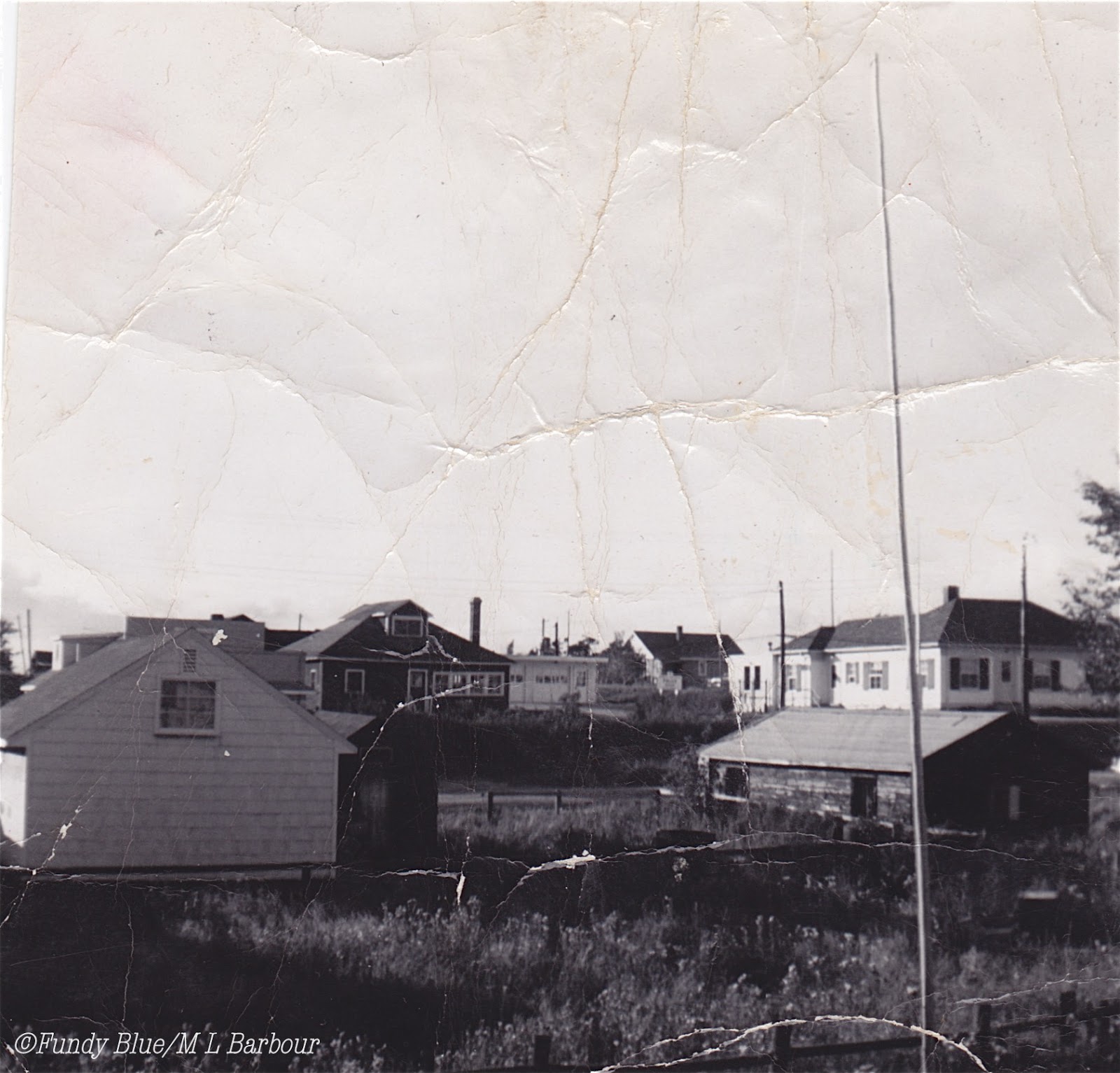 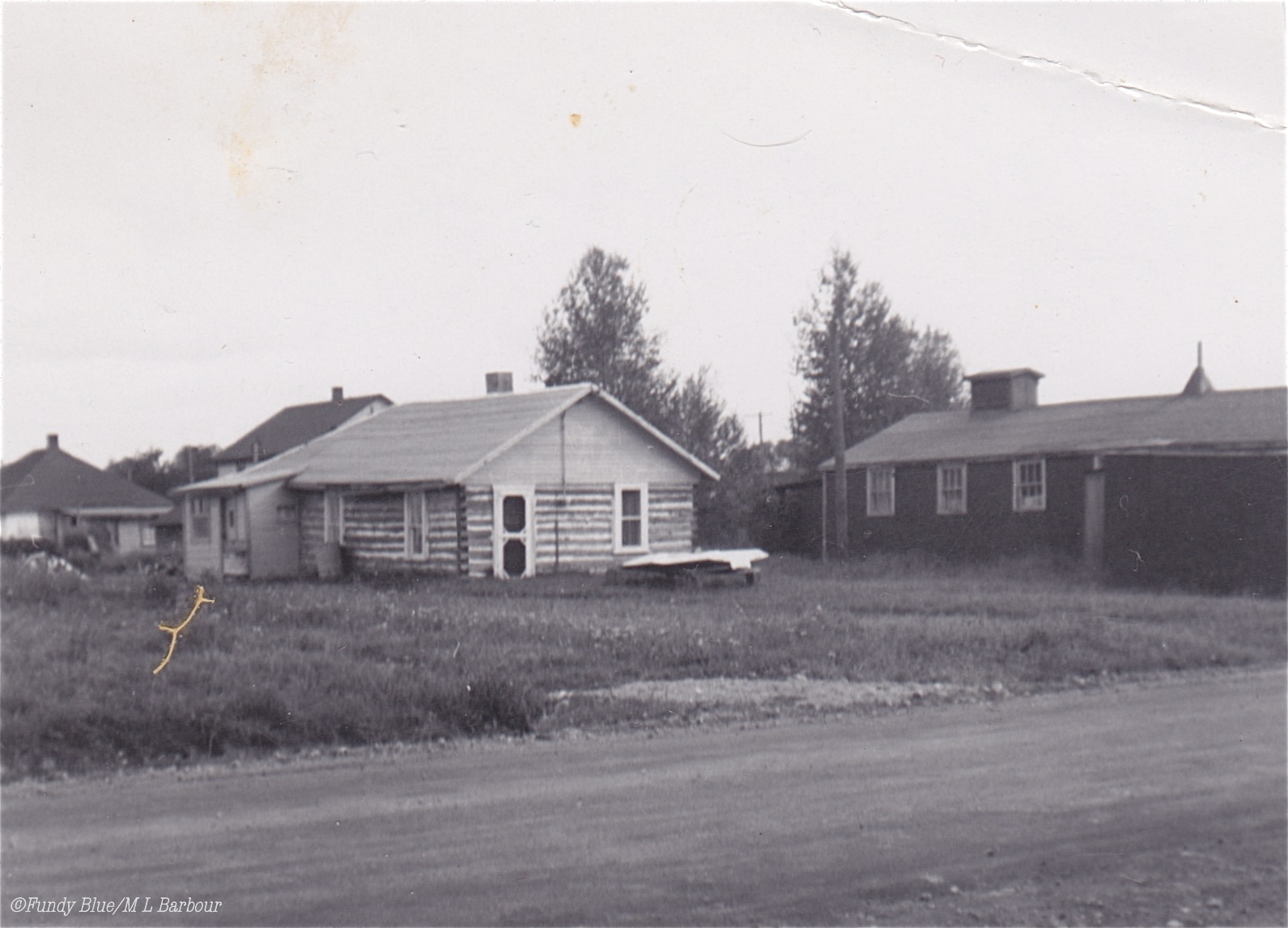 There are no paved streets or streetlights.
However, there are two taverns.
One of them is located in the Nakina Hotel,
which incidentally could never be mistaken
for the Waldorf Astoria.
The Nakina Hotel is clean (I think),
warm, and comfortable,
but that's all you can say for it. 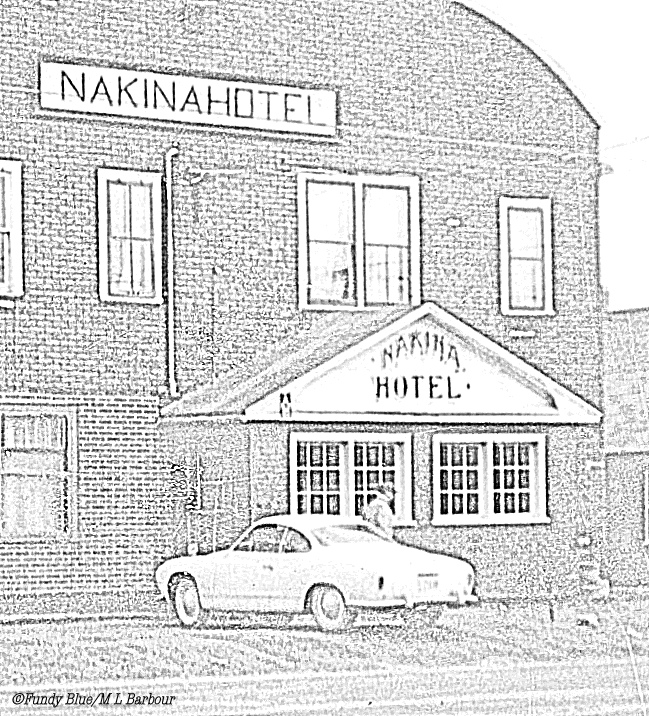 In several places the plaster
(actually, I think it is beaverboard)
has been broken and the places
where it has been repaired
are too numerous to count.

At first I was very puzzled as to why
the plaster should be in such terrible repair,
but last night about two o'clock
the answer to the puzzle was provided.

I was awakened by
the most awful racket
outside in the hall.
I opened the door and took a look.

Two miners
(there is an iron mine near Nakina)
who had been out on the town
celebrating in the taverns
were having a disagreement.

The fight was short, vigorous,
and accompanied by the most
graphic and picturesque language
I have ever heard.

However, the fight stopped just as quickly as it started.
The combatants threw their arms around one another,
kissed each other, and made up.

One of them offered me
a drink of Indian moonshine,
which I politely declined.
Then they took off to do more celebrating.

One of the miners in his exuberance
took a swing at the wall
and put his fist through it.

Well anyway, that explained
the poor conditions of the walls... 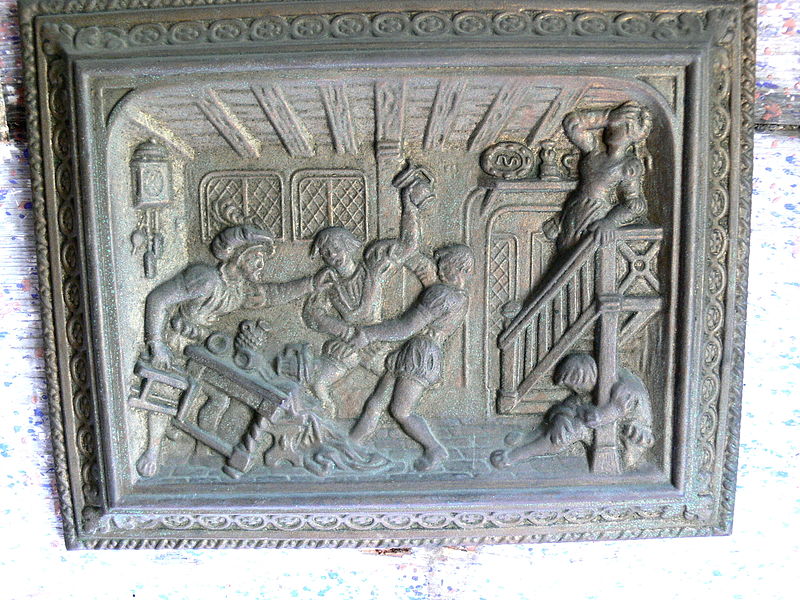 I have been too busy so far
to write anyone but you and Sara.
Tell Aunt Maude I am going to write to her
as soon as I reach Lansdowne House.
In the meantime, I know
you will be reading this letter
to Aunt Maude and Uncle Chester. 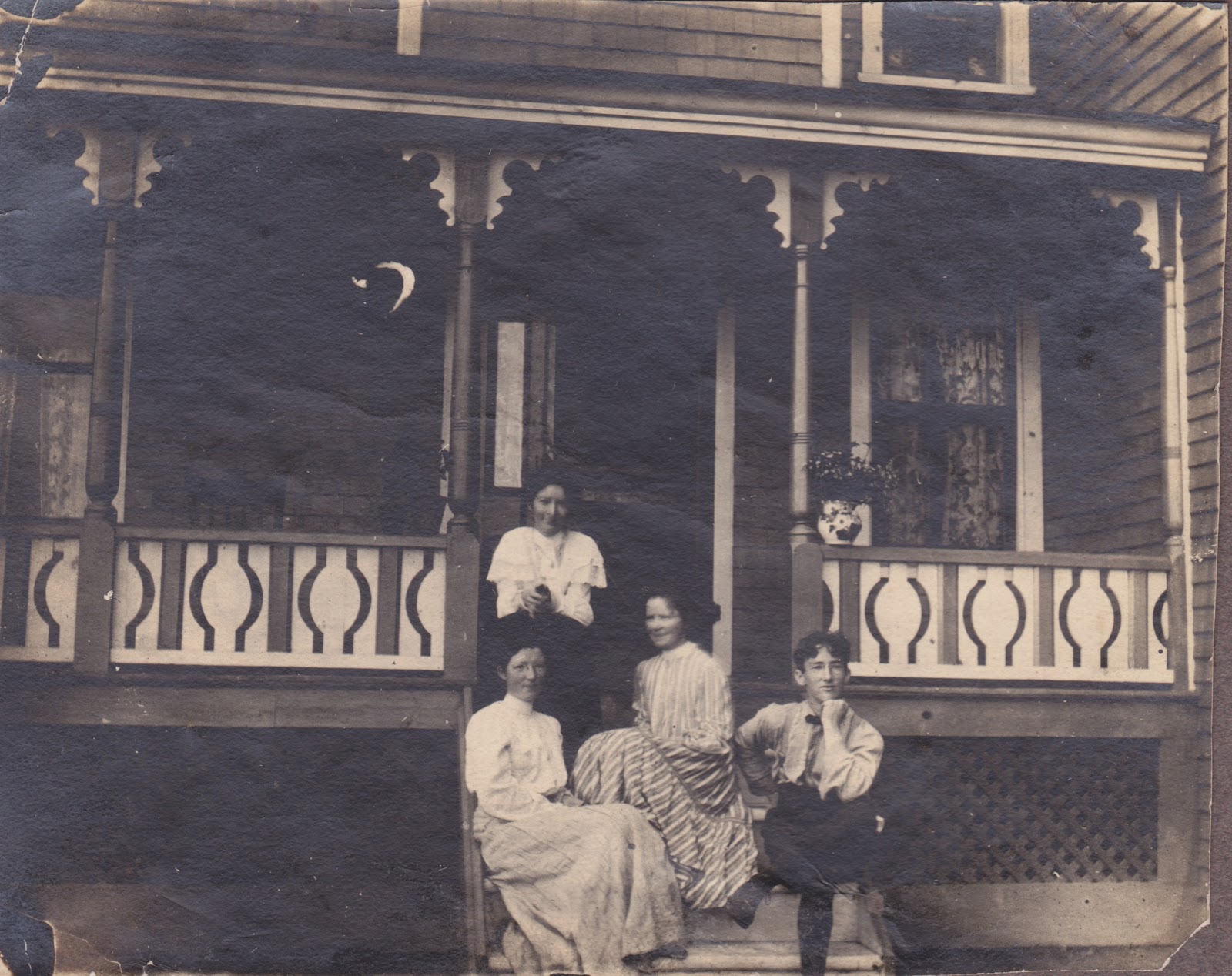 My Grandmother and her Siblings 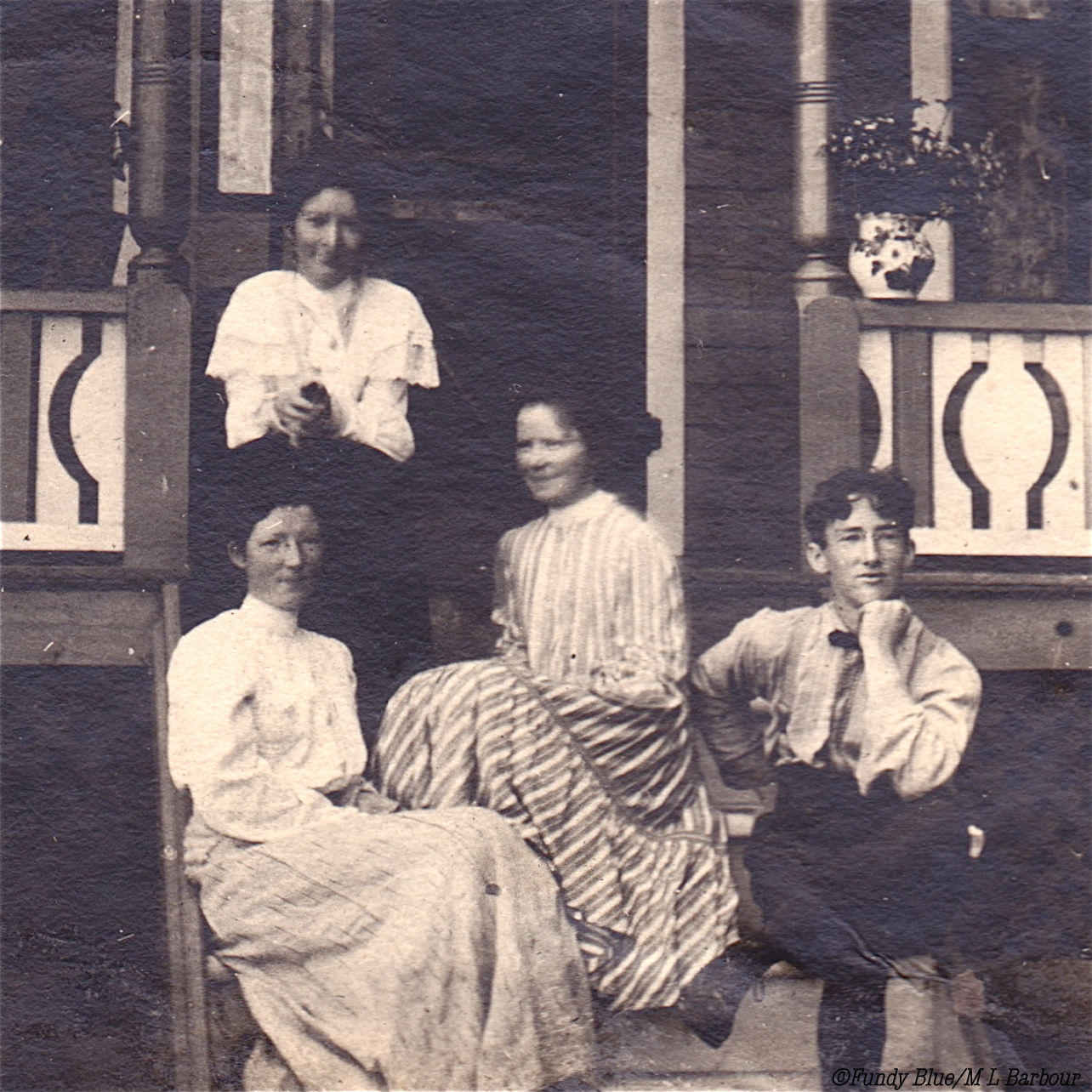 My grandmother, Myrtle Jane (Pratt) MacBeath (in stripes)
with her sisters, Maude (above) and Belle (below),
and brother Chester Pratt ~
Probably taken in St. Peter's Bay, Prince Edward Island (1900s?)

Give my love to Aunt Maude,
and tell her I am thinking about her
and that I hope she feels better.

Well, I must sign off now
and get this in the mail
and go to dinner.