Fundy Does the Movies: Thermopylae and the 300


Clicking through the free movies on cable
late in the evening is not a good choice.

You can scan the available movies
over and over when you have oodles of time,
and nothing appeals.

But be dog-tired long past your bedtime,
and something positively irresistible shows up.


I missed this film in the theater
when it came out in 2007.

All I could remember
was that I had wanted to see it
and that it was an account
of a battle in ancient Greece.

"Available only through the 25th,"
said my cable service.

I am paying the bleary-eyed price today,
the real 25th.


300 hooked me from its eerie, bronzed beginning:
A man holds a naked baby
under a lightning-ripped sky,
above tumbled skulls,
and against a chorus of thunder and voices.

The narrator, a Spartan soldier, Dilios, speaks:
When the boy was born,
like all Spartans,
he was inspected.
If he had been small or puny,
sickly or misshapen,
he would have been discarded.
From the time he could stand,
he was baptized in the fire of combat...

I knew then that 300 would be an unusual movie.
I was not disappointed.

I can still see the word
on the pages of my history book
in my final year of high school.

The storied 300
and their heroic last stand
against the invading armies
of Xerxes of Persia.
Certain death in the name of freedom.

Before I recalled the details of the battle,
I was captured by the look of the film,
gritty, surreal, mythic. 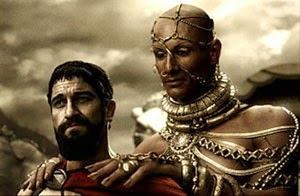 Leonidas looked like
he had stepped out of a painting
on an ancient terracotta amphora. 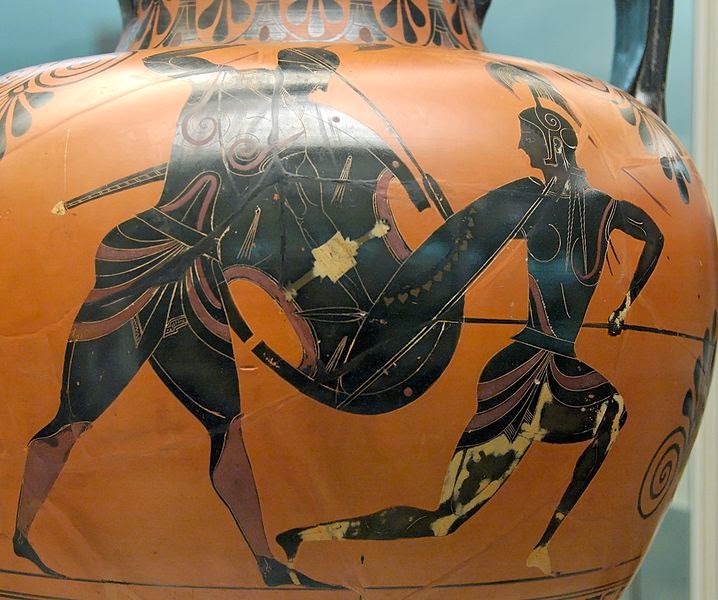 Achilles and Penthesileia by Exekias
c. 540 BC, BM. London
wikipedia 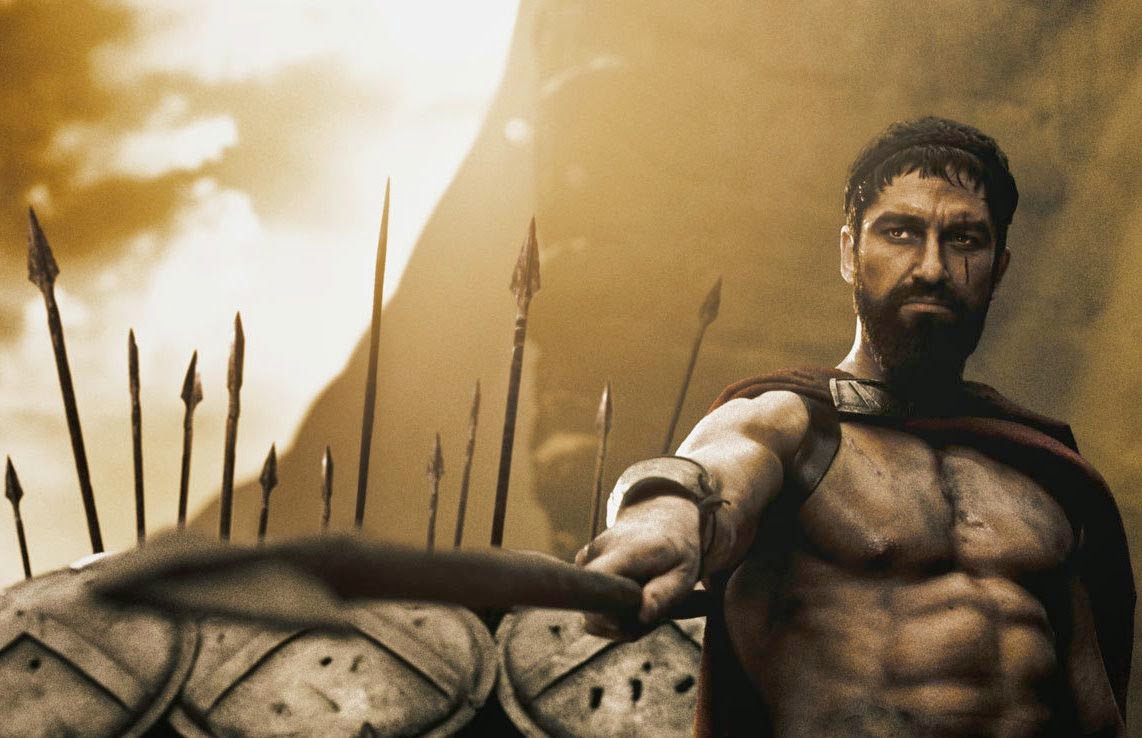 At first I laughed at the odd way
the actors spoke and moved
against the dreamlike background.

And then I suddenly realized that this film was fantasy.
Epic.
Stylized.
Not meant to look realistic.
So I sat back to experience the tragic tale
whose ending I already knew.

Even later last night I was online
finding out more about the movie.
It had mixed critical reviews,
but attained a cult following among some fans.
wikipedia

The movie is based on
a five-part series of comic books
written and illustrated by Frank Miller
with painted colors by Lynn Varley.
These were collected and published
as a hardcover graphic novel 300.
wikipedia

The movie was filmed to replicate
the illustrations in the comic book series. 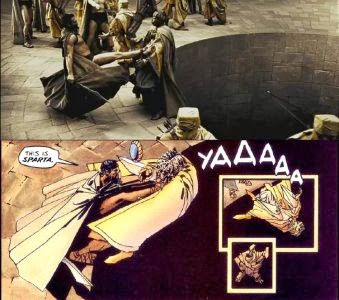 The film was shot over a 60-day period
using bluescreens,
where the actors perform against a blue-colored screen
and the background is added to the film
during post-production.
Of course,
many special effects were used
to create the feel of the original comic book illustrations.
wikipedia 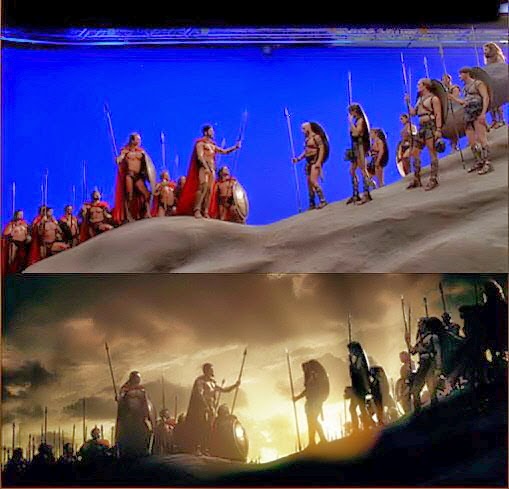 Do you ever watch a movie and see an actor
who reminds you of a character in another movie;
but you can't think of who or in what movie?

Well, Dilios, the voice over narrator of 300,
the Spartan soldier who tells the tale of
Leonides and the Battle of Thermopylae
was one such character.

Who is This Guy?
Not Just Dilios
flickr: Σταύρος   license


It was driving me nuts trying to think of who he was;
and it wasn't until the end of the movie
when Dilios is speaking to the Spartan Council
that I realized he was Faramir from The Lord of the Rings.

Gerard Butler as Leonidas
and Rodrigo Santoro as Xerxes
compelled me to watch,
hero and villan;
both gave me shivers.

It took me a while to get into
the stylized dialogue and movement,
but I kept watching
because the movie was visually gorgeous
and unlike anything I had ever seen.
I was fascinated.

I loved its dark, brooding palette
illuminated by blood reds and wheaten gold. 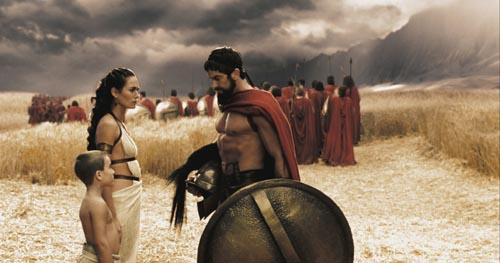 
Online I read that many critics
panned the movie as violent, bombastic,
and racist with one-dimensional characters.
wikipedia

I'll grant them violent;
but as for the rest,
Get Over It!

Sometimes you just have to let go
and go with the flow. 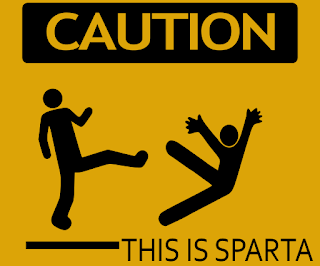 Get over historically inaccurate.
Get over unconventional.
Get over West versus East angst.


It's historical fantasy.
It's a graphic novel brought to life.
wikimedia


Take Samuel Taylor Coleridge's suggestion
and suspend your disbelief.
The ride is a lot of fun when you do.


Caveat:  If violence disturbs you,
then this movie is not for you!

Personally I find violence difficult to watch,
but the surreal and stylized images in 300
made it more dreamlike than real;
like reading a novel
with your imagination racing.
Posted by Fundy Blue at 2:00 AM