The Lansdowne Letters: Assessing the Health of the Indian Children

With a new Northern post
after a summer of travel.

Thanks to my long time readers
for your patience with my reposts
while I was gone.


And to my newer readers,
I'll put two links in each week,
so you can catch up on the missing chronological posts
should you choose to.

I appreciate each and every one of you!


He and the community of Lansdowne House
were preparing for freeze-up, a period of uncertain length
when people would be unable to fly in or out
until Lake Attawapiskat froze enough to support a plane.

Everyone was writing last letters and waiting on the last plane
to bring a last load of supplies and mail.

And Mike Flaherty, the nurse at the nursing station
next to my father's school, was organizing health clinics
to assess the health of the Indian children in the community.

Hi There:
Our freeze-up turned out to be a fizzle,
or maybe I should say drizzle.

It got very warm during last night,
and today the temperature was over 40 above,
and it has  been raining all day.

Oh yes, while I think of it,
quite frequently during the winter months,
the mail plane is liable to be delayed by the weather,
and my letter might not arrive on its usual day.
If it fails to make its appearance when expected,
you will know what has happened.

It’s back to the canoe for commuting for another spell for Donald.
I will be very glad when I can lay that thing up
for the winter and walk over on the ice. 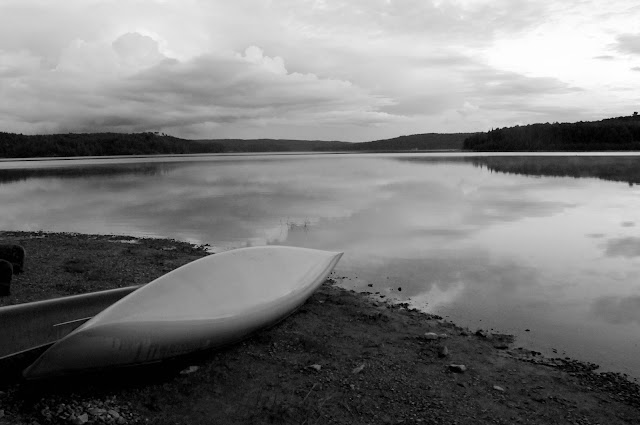 
Well, we did the clinic of the Island children this afternoon,
and I was horrified.

We checked about fifty children of all ages
from one month to sixteen years,
and I believe, if I remember,
that over forty of them were just crawling with lice.

And dirty – I never saw anything like it in my whole life.
I swear that you could scrape layers and layers
of dirt off before you would come to flesh.

I feel sure that my children are cleaner than Uno’s are,
but, we shall know tomorrow for sure. 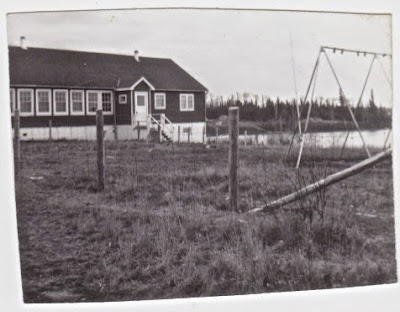 Oh yes, over half of the children were undernourished
and about three quarters of them had very bad teeth.

Additionally, ten of them were T.B. contacts,
and of these, at least two were definite suspects.

You should have seen the sizes of some of the families.
Twelve children isn’t unusual for the Indians on the Island.

I am more convinced than ever about what I said last night
about teaching them to limit the sizes of their families,
especially if they can’t afford to take care of them
and feed them correctly.

The children may have been dirty,
but the clothes that they were wearing were far dirtier.
Honestly, I don’t think that some of the clothes
had been washed since they were first put on,
and some of these clothes were quite old.

I know that my children are cleaner than Uno’s.
When you walk into his class, the smell of dirty bodies
just hits your nostrils like spirits of ammonia,
whereas, when you walk into my class,
all you can smell is Indian, and clean Indian at that. 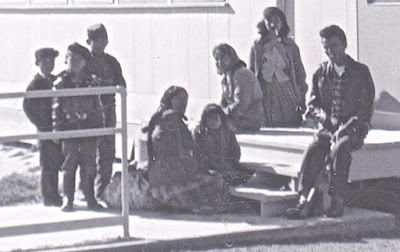 I am not being prejudiced when I talk about Indian smell.
The Indians actually do smell different than the white people.
I can’t describe it, nor is it offensive, it is just Indian.

The white man’s smell on the other hand,
is just as distinctive to the Indian.

Well, I guess that this winds her up for tonight.
If the mail is still going by Friday or Saturday,
I will send this last half of the letter out on schedule.

One thing for sure is that he was horrified,
and his letters had a huge impact on me. 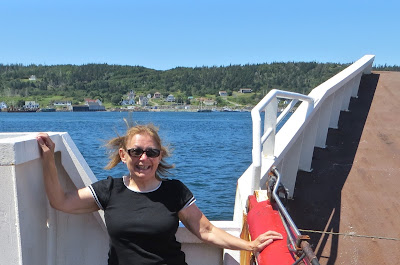 1.  Photo Links:  Sometimes I find photos that I'd like to use,
but I can't because they are copyrighted.
I've decided that I'm going to provide links
so you can see them, if you'd like to.

3.  Tuberculosis:  In Northern Ontario there was a high incidence of tuberculosis among the First Nations Peoples.  The federal Indian Department surveyed Treaty Indians with the help of the Ontario Government.  Monitoring and treating T.B. was a challenge because of the remoteness of some communities and because Treaty and Non-Treaty natives were handled differently.  Source

The Indians at Lansdowne House belonged to the Fort Hope Band and had Treaty status.
The clinics that Mike Flaherty set up at the two schools to assess the health of the students
may have been associated with the federal and provincial efforts to monitor and treat T.B.


4.  T.B. Contacts:  A close contact is a person living in the same household or having frequent
contact with someone who tested positive for TB with a sputum smear.  Source