Back to the North again!

In earlier posts this year,
I began writing about
my family's experiences in Northern Ontario.
I have been using my father's letters
as a primary source of material.

I'm picking up where I left off,
with my father grounded
in the northern town of Nakina, Ontario
in September, 1960. 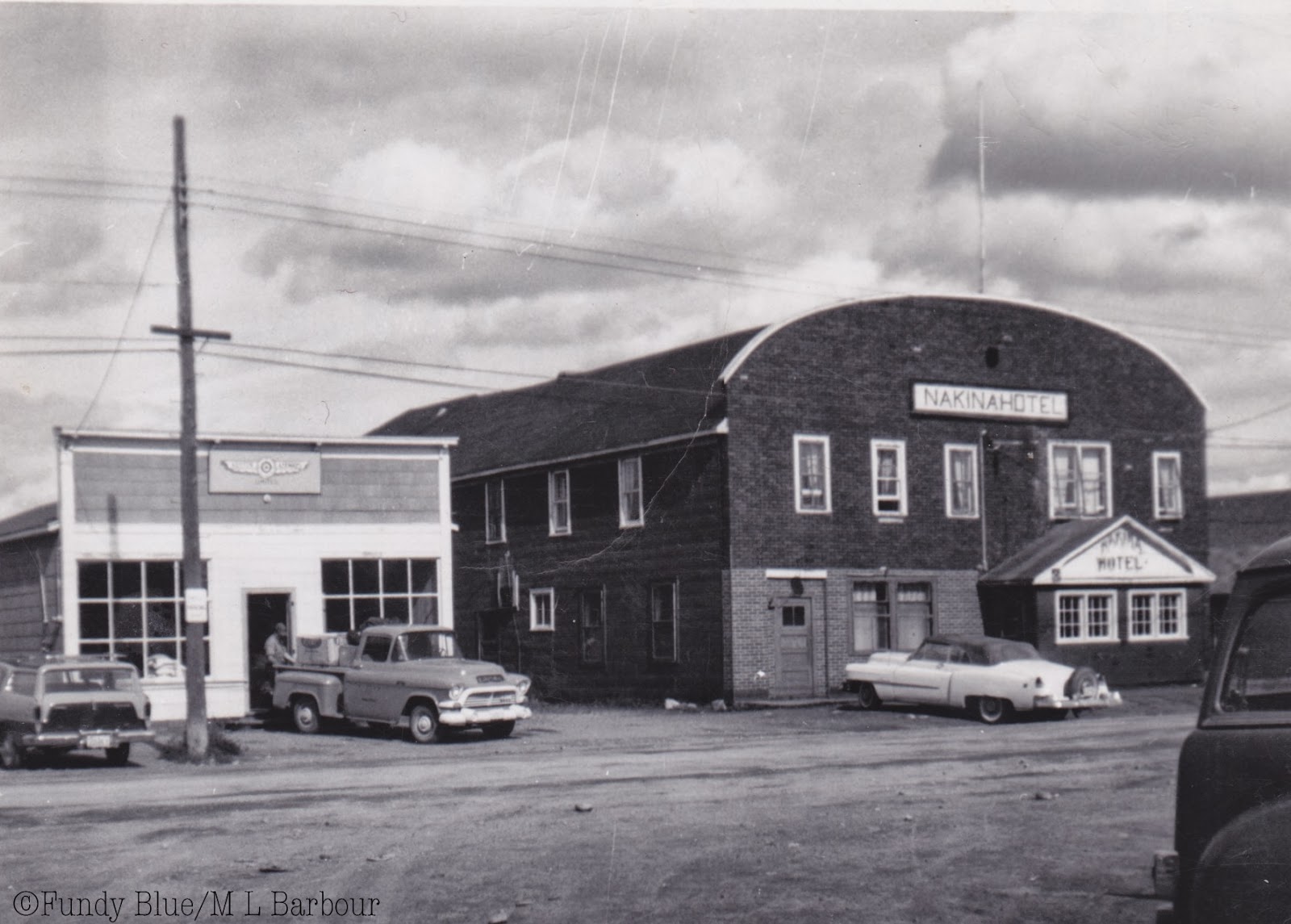 
Well Darling
wrote my father to my mother
on Sunday, September 11, 1960

Here I am still in Nakina.  I have not as yet had any contact with Mr. Gowan, the Indian Affairs man who is supposed to arrange my transportation to Lansdowne.  I expect that I will be going in tomorrow sometime though.  However I have not been bored or anything.  Friday night and all day Saturday I spent in the company of Jerry Costella an Indian Affair Department teacher at  Aroland which is a large reservation near Nakina.  There are two beverage rooms and the Legion Hall in Nakina, and we visited all three.  However I didn't drink too much, just enough to be sociable.

Well Darling, it has been a whole week since I left you and a long 42 or so more weeks before I will see you again.  I don't know how I will be able to stand it, I am so lonesome for you.  However I guess it won't be so bad for me as it will be for you, because at least I will be doing new things and meeting new people, and the winter will pass pretty quickly actually.  I hope I will be so busy that I don't get a chance to be too lonesome.

There will be a two week or three week period sometime in November or December when there will be no mail because the planes will be fitted with skis instead of floats and we'll have to wait till the lakes freeze before they can resume their schedule.

I have discovered several good chess players in the telegraph office at Nakina and have had about 12 good games of which I have managed to win 7.   All in all I have had a very interesting weekend in Nakina.  I hope to fly into Lansdowne tomorrow if everything goes all right and I get in touch with Mr. Gowans. 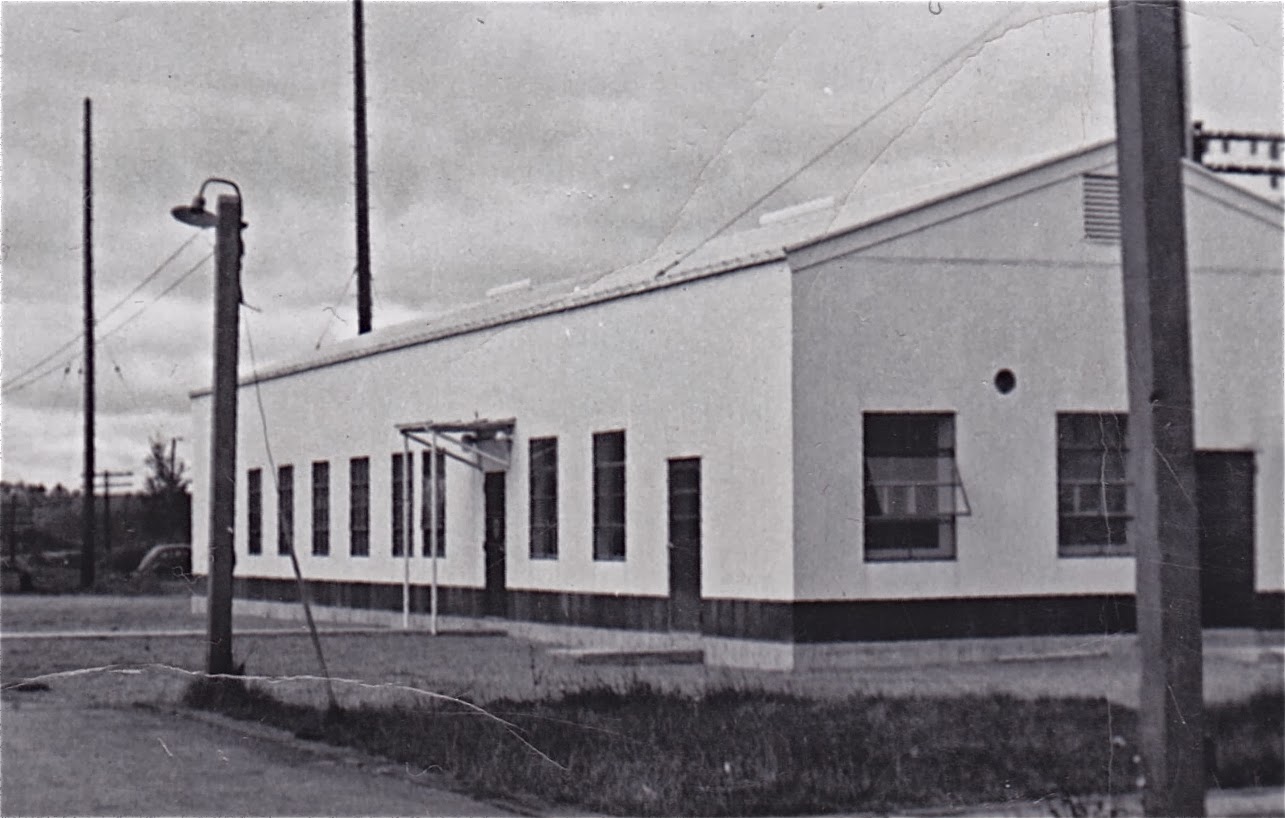 Well, I guess I better wind this up and get it mailed so it will catch the mail out this evening.  How about getting Louise and Roy to write to me.  It will be good practice for them, and I will love to hear from them.  Also Donnie as soon as she can print.  I miss Barbie also and wish she could write to me.  However, I realize that she is too young as yet.  However tell her I miss her and Roberta and think about them all the time.

P.S. Hurry up and borrow a camera so you can take pictures of all the children and yourself and send them to me.


Dear Sally
wrote my father to my mother
on Monday, September 12, 1960

Still at Nakina, and I don't know if I will be getting out or not.  The day is beautiful for flying, but the pilot broke his leg playing baseball yesterday and Austin Airways is waiting for another pilot to come in from Sudbury.  They don't know if he will arrive in time to make a flight in today or not.  However he is sure to be here in time for a flight tomorrow,  It will be just my luck though that tomorrow the weather will close in again.  At the rate this is going, I may be in Nakina till Christmas. 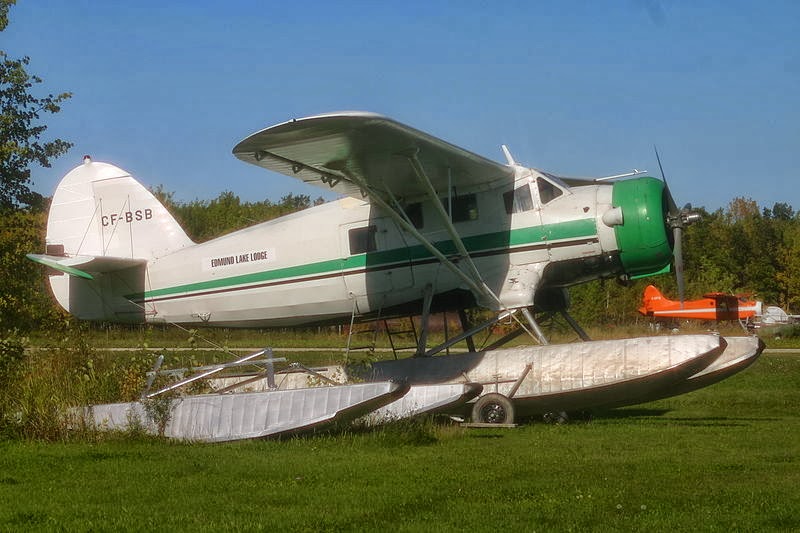 I wired you about a cheque I had to cash.  These expenses are killing me ~ especially this prolonged stay at Nakina.  However I will be able to claim for it all.  Phone the bank manager and ask him to honour it till the money arrives.

Well, I must sign off now and speak with Austin Airways and see if I am going in today or not.

Dear Sally
wrote my father to my mother
on Monday, September 12, 1960

Just a short note to tell you that I am flying into Lansdowne House in about an hour or 5 p.m. local time.  This will be the last letter you will receive from me at Nakina.  After that there will be a period of about a week or so till I catch the next mail plane.  Mail runs go in and out ever Friday – however, I believe I explained this to you in one of my previous letters.

I was wrong about the race of Indians I will be teaching.  They will be Crees, not Ojibways.  I will have about 21 pupils in kindergarten and grades 1, 2, 3, and 4.

Well have to sign off now and get my baggage over to Austin Airways. 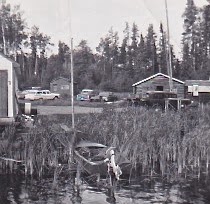 
Hello Again Darling
wrote my father to my mother
on Monday, September 12, 1960

Well, here I am still aboard the Nakina Hotel instead of aboard the aircraft bound for Lansdowne House.  My baggage is all aboard the plane, but the weather closed in at Lansdowne, and we couldn't fly in there today as planned.  As far as I know now, we are scheduled to take off at 0630 hours tomorrow, 13 Sept. 60.  It's a good job that my lucky number happens to be 13 eh, otherwise I might be too superstitious to take off in the morning.

There is not much more to tell you about Nakina.  After being here for several days and writing several letters about the place, I have sort of exhausted the subject.  I have met and talked with a few more Indians, but I still have not succeeded in seeing Mr. Gowans, the Indian Agent at Nakina.

Was I telling you that if I stay with the fathers at the mission I will be commuting by canoe?  The department hires the canoe, and I operate it.  I guess I will have to learn to "paddle my own canoe" eh?  Those lessons that Father gave me on paddling in St. Peter's Bay (Prince Edward Island) are going to come in handy after all.

From what I have been able to find out, Lansdowne House is about 1½ hours flying time from Nakina.  However it is still in the forest area.  At least it isn't in the muskeg.  However they tell me that the black flies and mosquitoes are fierce in the late spring and fall.  But at least I won't have to worry about them this fall. 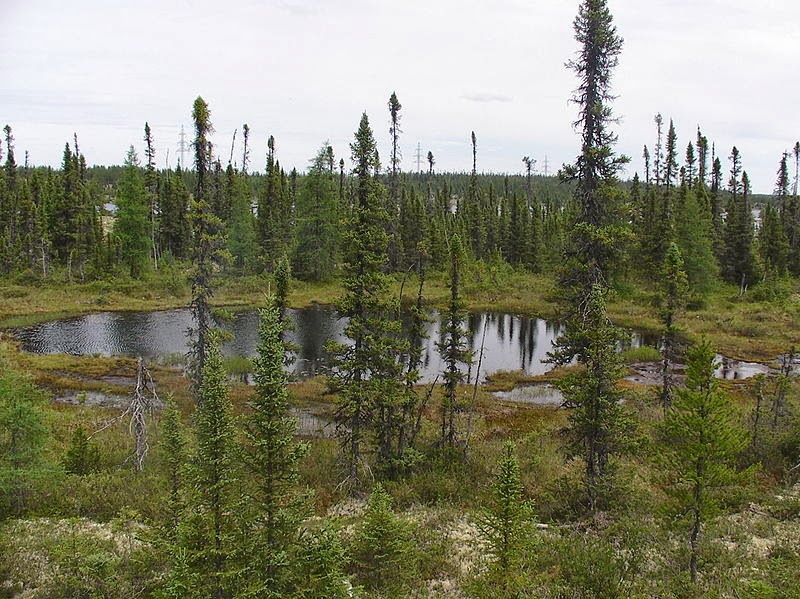 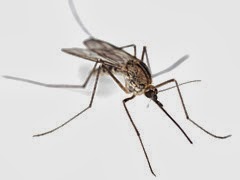 
Well, Darling, I must sign off now and get this in the mail and get to bed.  0630 hours comes mighty quickly in the morning.

Give my love to Louise, Roy, Donnie, Barbara, and Roberta and tell them I miss them, love them, and think about them all the time.
All my love,
Don.