An Unexpected Encounter with My Celtic Heart


I've been looking for him,
camera at the ready,
for eighteen months ~
and suddenly, yesterday,
there he was! 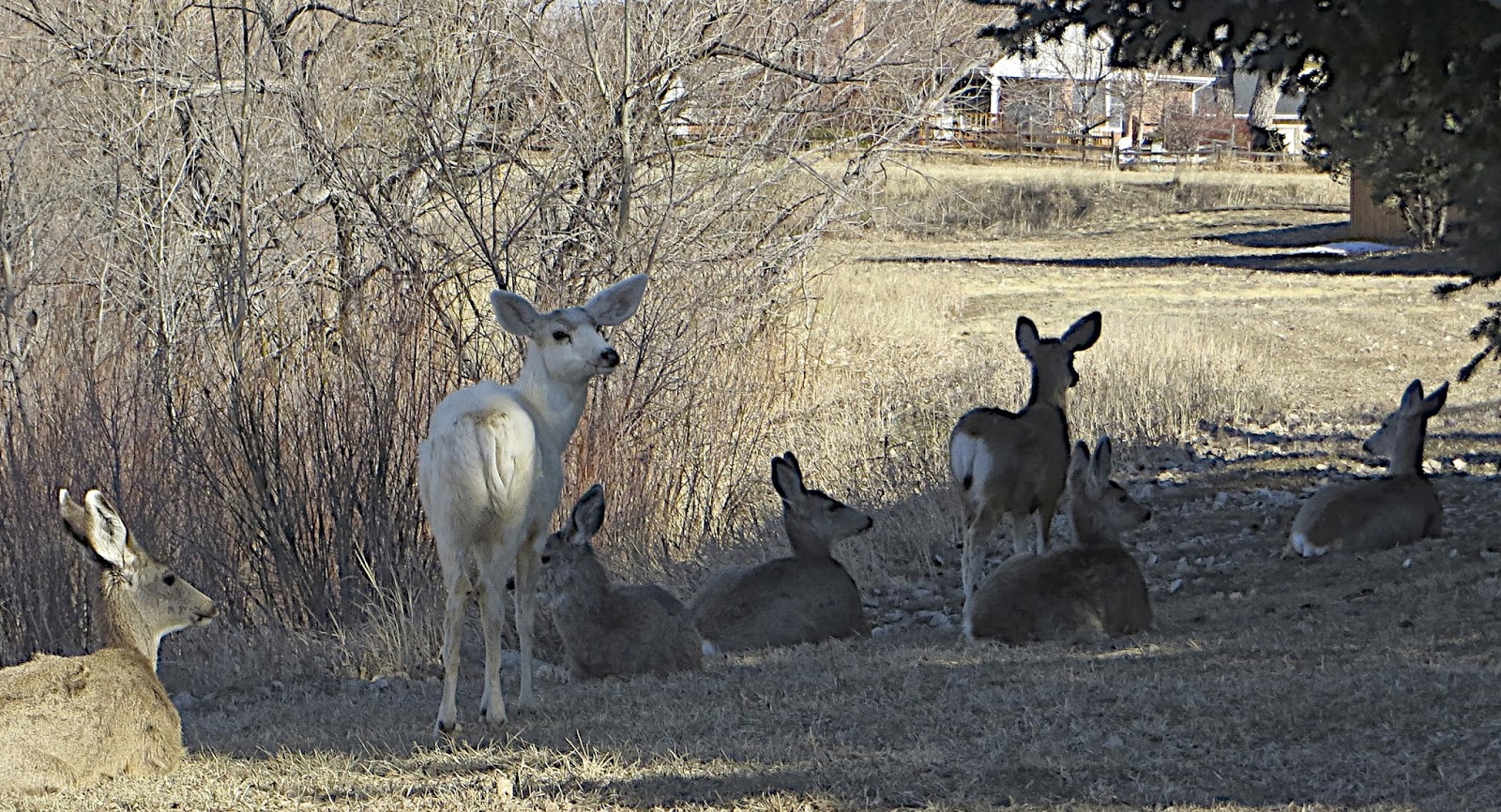 Rumors about sightings have flown
around this area for many months,
but I could never find him. 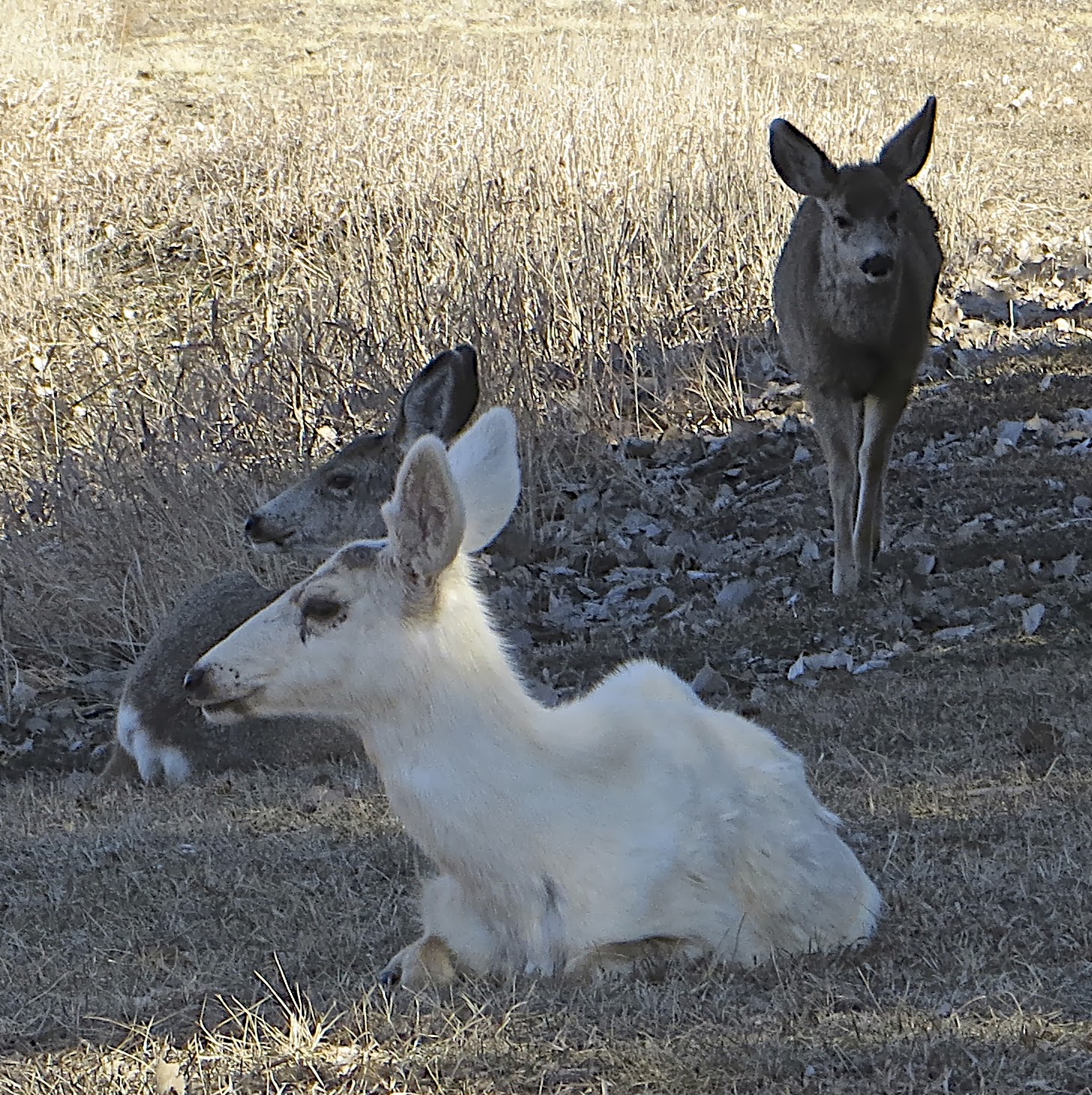 And then he disappeared this winter.
People worried that he had died. 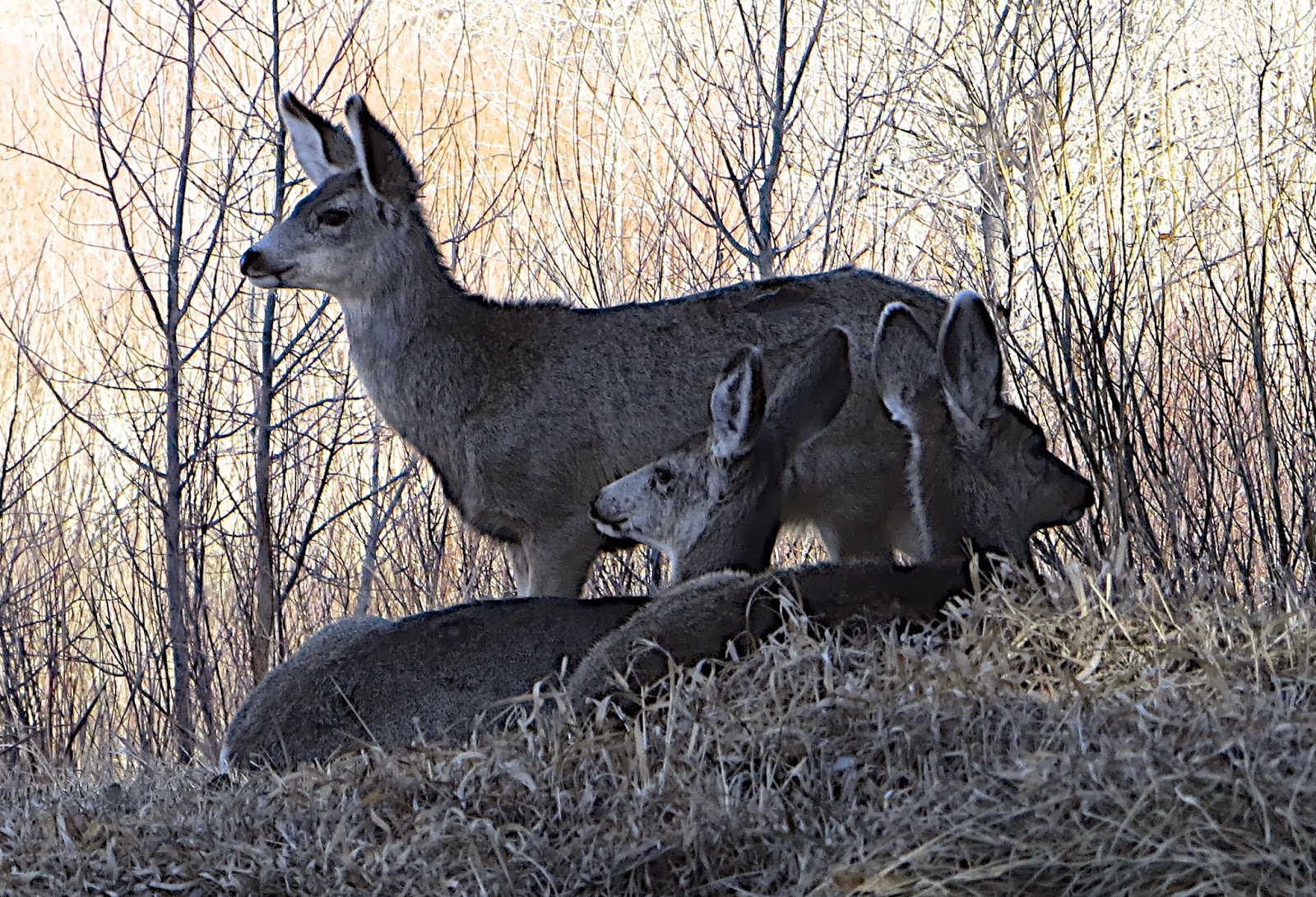 I love muleys,
and I watch them every chance I get.

I felt sad to think the ghost deer was gone.

And sad to think I had missed
the chance of a lifetime to see him.

White deer run through legend and mythology
throughout time and geography. 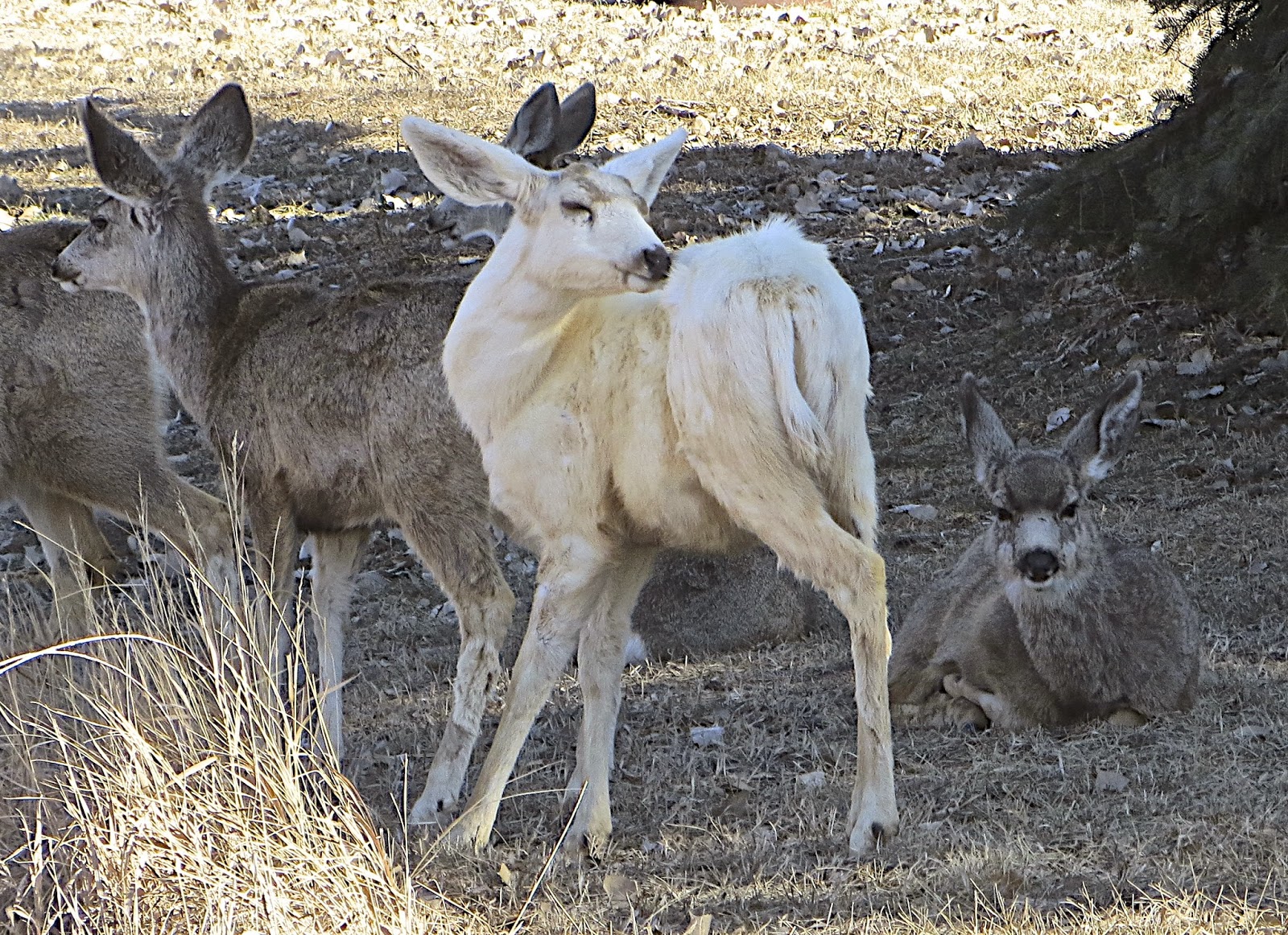 They are revered around the world,
but perhaps most of all by
Native Americans
who consider the white deer sacred,
a symbol of spirit.
Source:  protectthewhitedeer.com 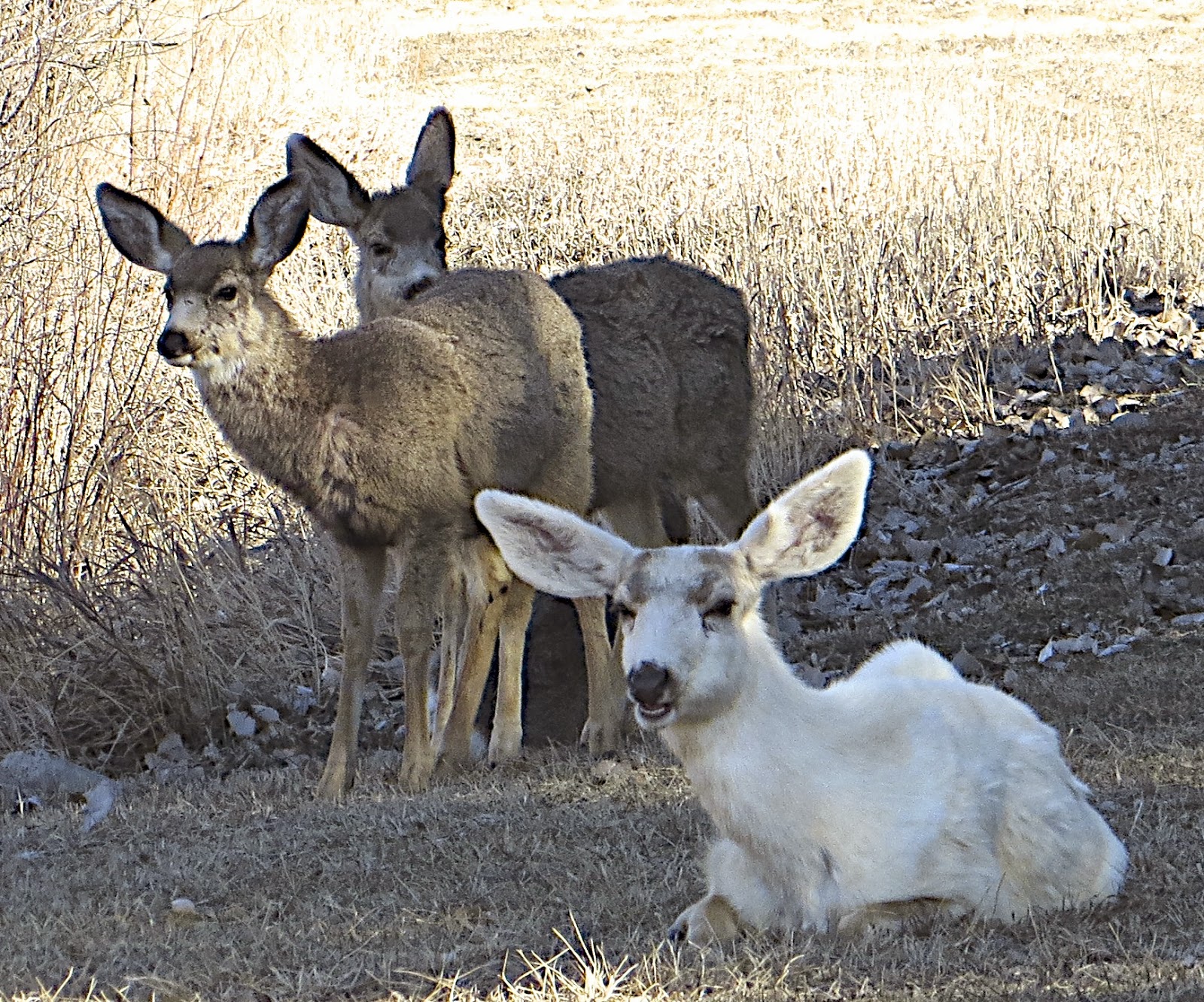 "The Creator has given us this gift,
this animal,
so we need to protect it,"
said Councilman Alex S. Cloud.
Source: The Southern Ute Drum 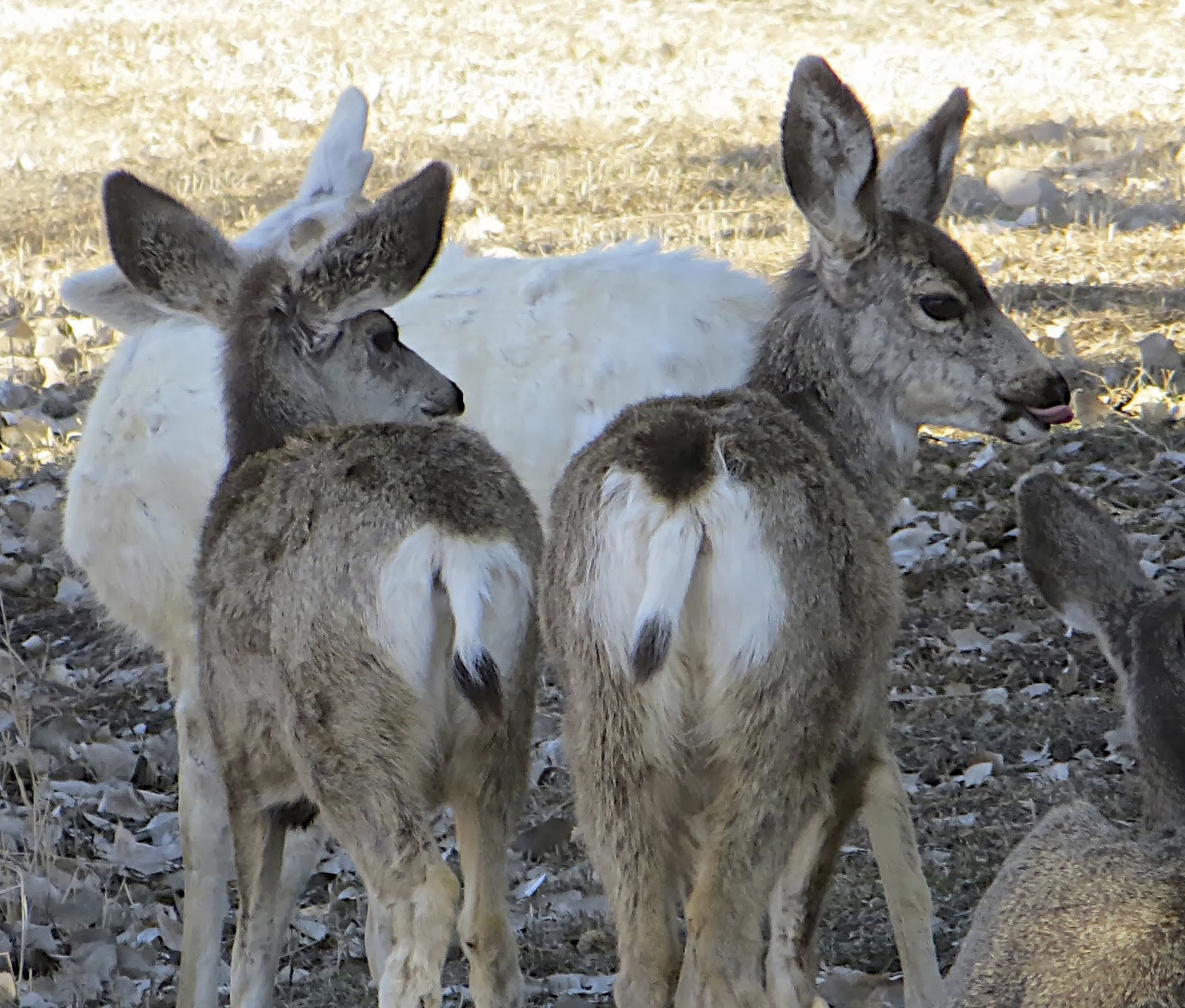 I worry that something could happen to our local white deer,
even if it is appreciated and enjoyed
by people lucky enough to spot it. 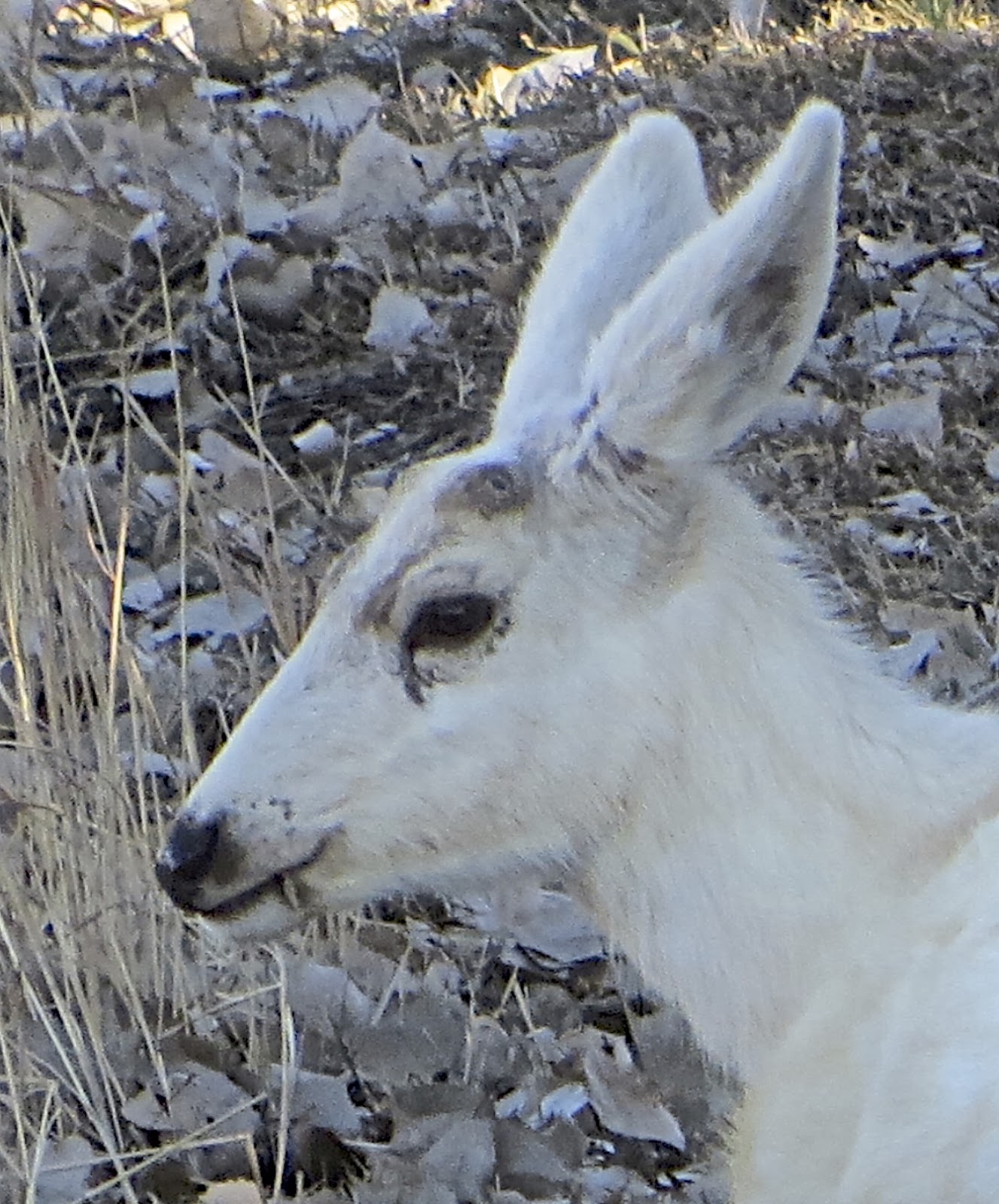 When I first learned of this rare animal,
my hair stylist was daubing color on my roots,
as we both peered at its tiny picture
in another stylist's iPhone.
(I do not regard my white roots as sacred!)

I thought it might be an albino,
and from that point on,
I was determined to see it! 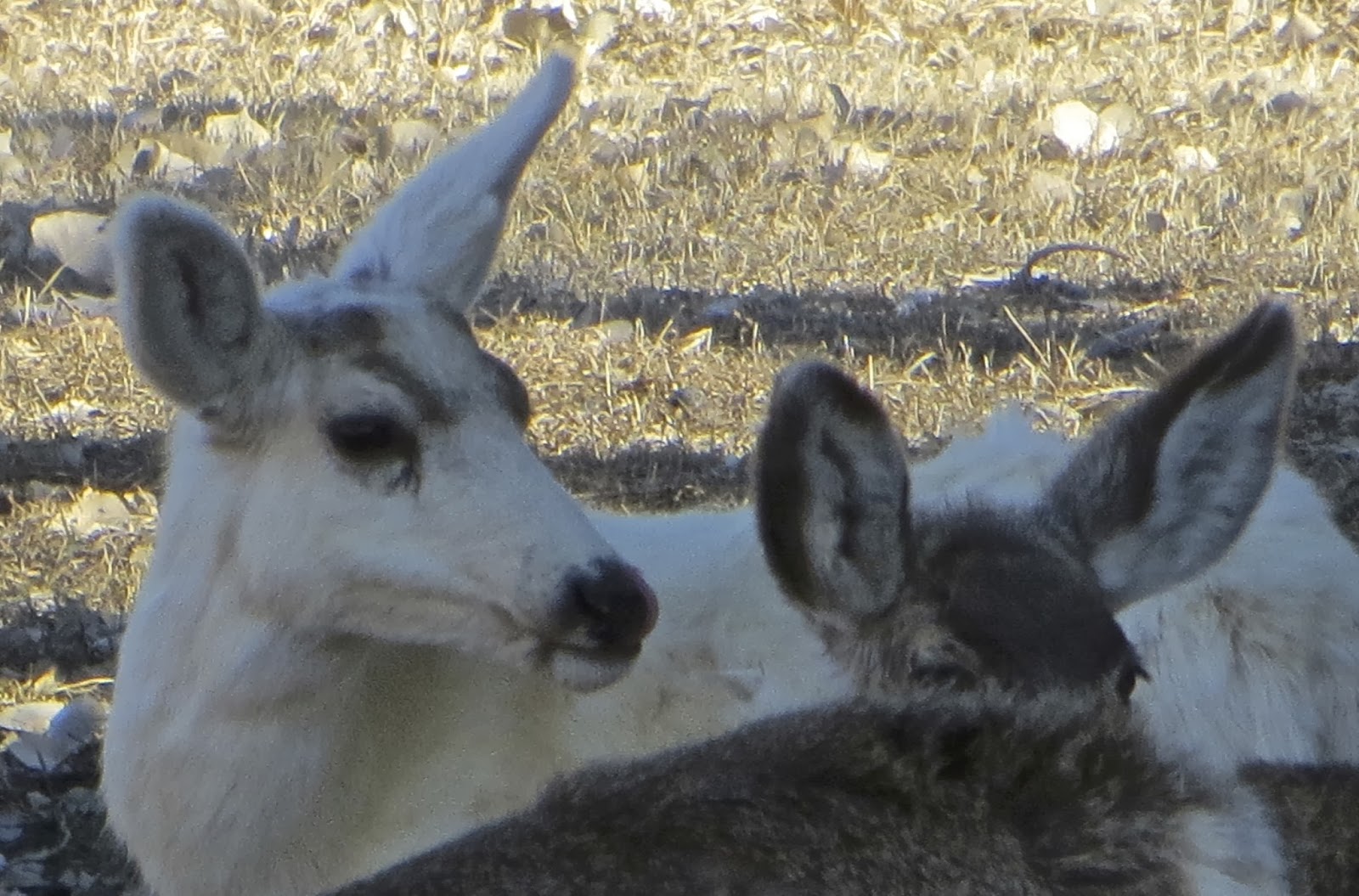 One look at its beautiful brown eyes,
and I knew it was not an albino;
rather, it is leucistic. 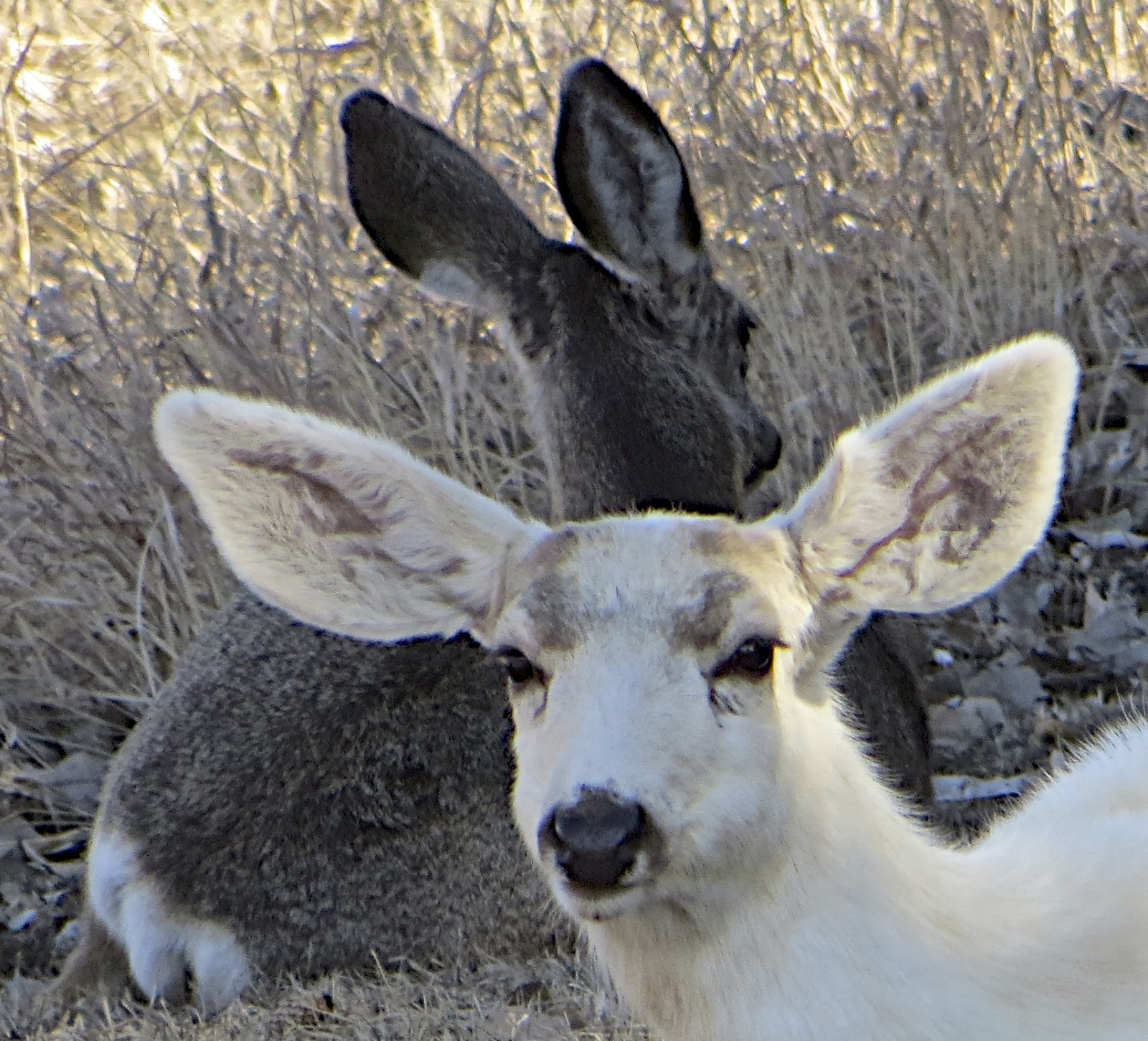 White or Dark, These Ears Are Soooo Big!
And Soooo Cute!

Albino mule deer have pink eyes
and lack pigmentation throughout their bodies.

Leucistic mule deer lack melanin only in their hair.
Their eyes are brown and their skin color is normal.
(Do you think I could find out what that color is ~ NOT!
I'm going to have to consult my hair stylist who has field-dressed mule deer.)

The mutation that causes leucism
prevents pigmentation in the deer's hair.
Source:  senecahitedeer.org 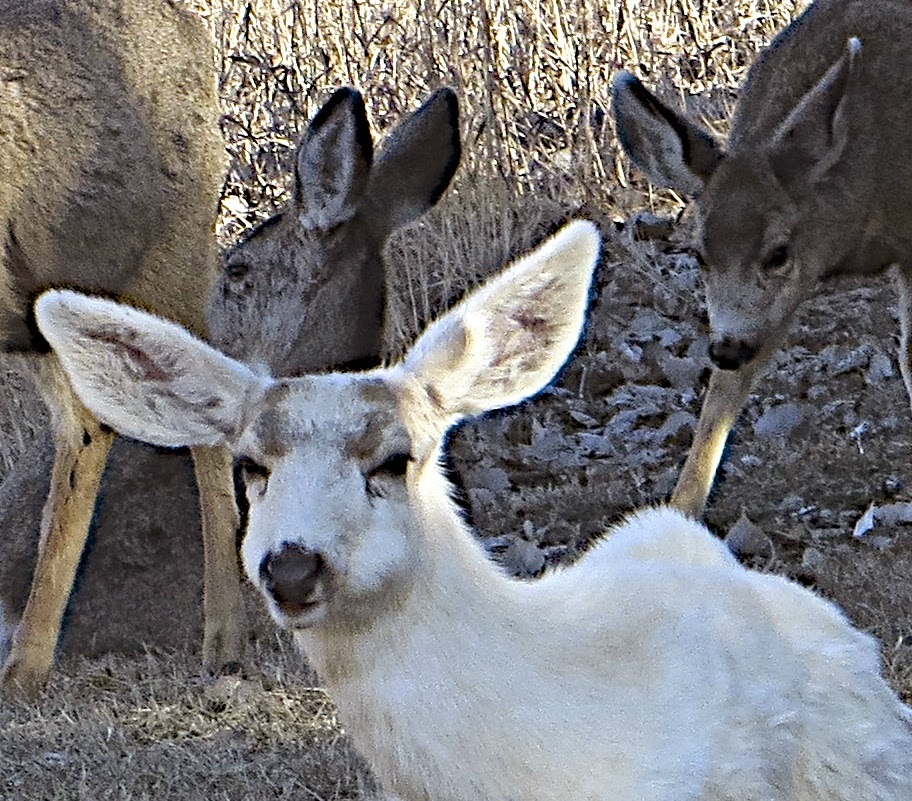 My people were Scottish Celts,
and the Celts regarded white deer
as messengers from the Otherworld,
a blessed and hidden land.

I see this beautiful animal
with scientific eyes,
but I feel it
with a Celtic heart. 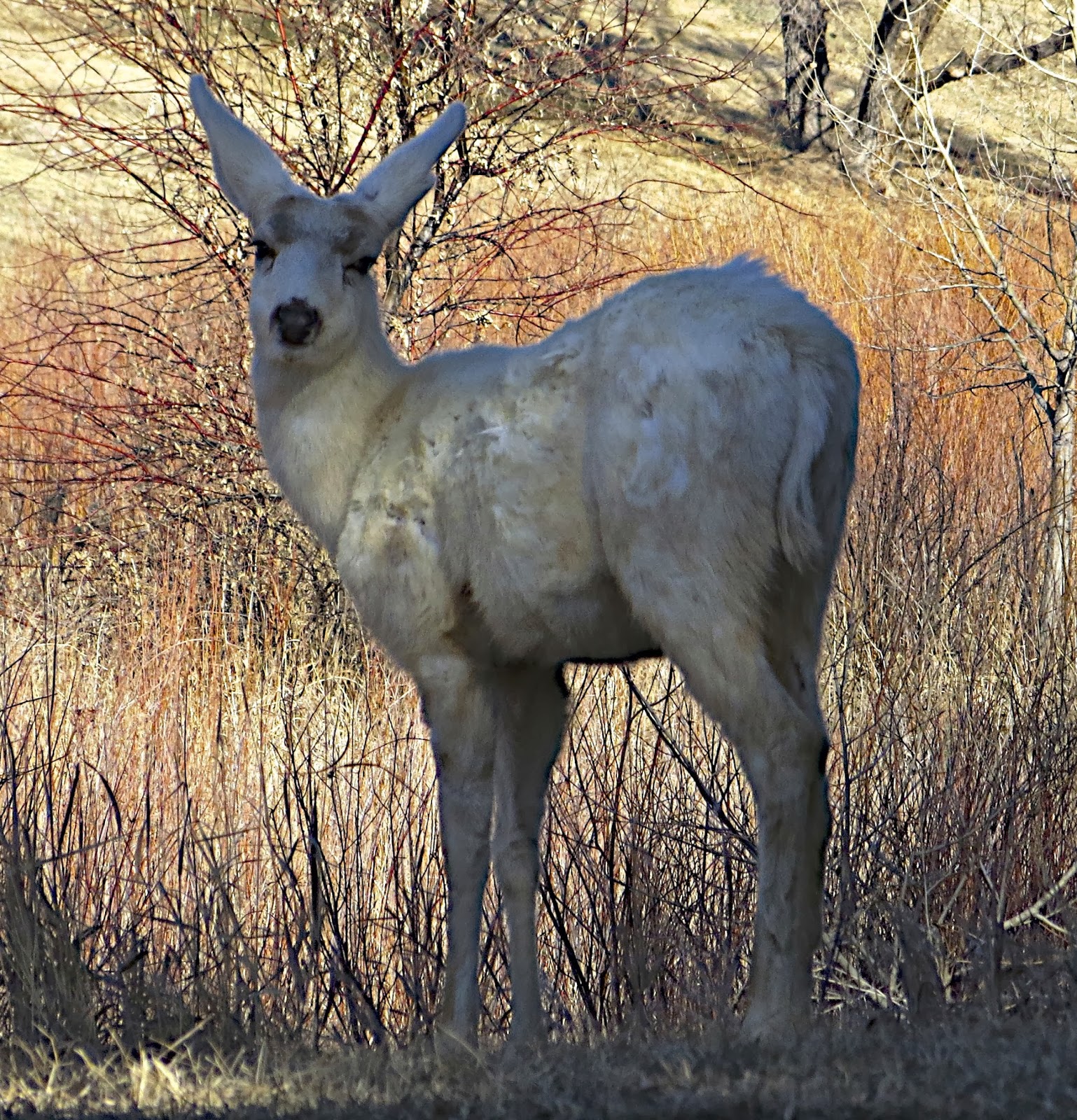