My head hurts.
My body aches.
I'm tense from an adrenalin high.
I am exhausted.

So many kiddos passed through my classroom
struggling with learning disabilities
and other challenges. 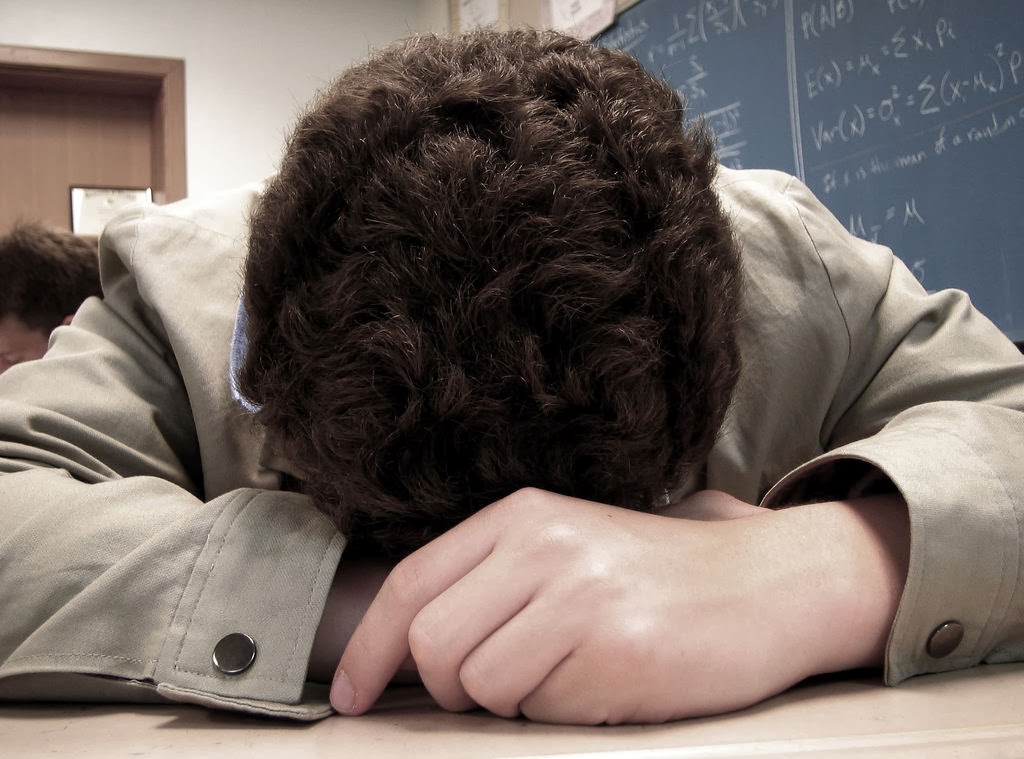 I know just how they felt
as they struggled to learn.

They would get discouraged,
and I would tell them
that everyone has strengths and weaknesses.
Everyone! 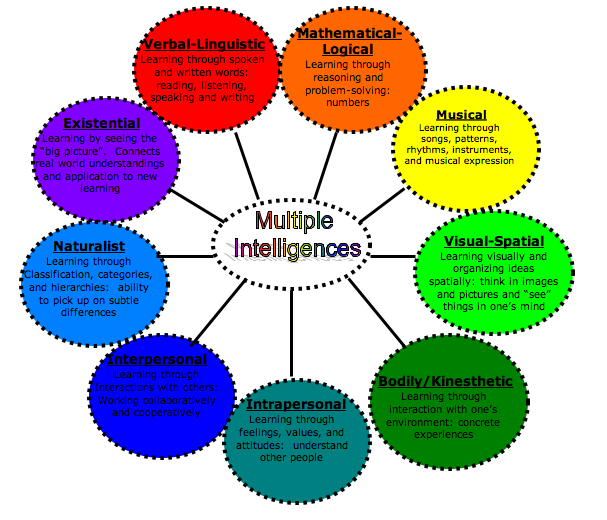 That just because something is hard
doesn't mean you can't get it.

That what is important is persistence.

Remember learning to ride a bike?
It wasn't easy, but you did it!

You can do anything you want,
if you put your mind to it! 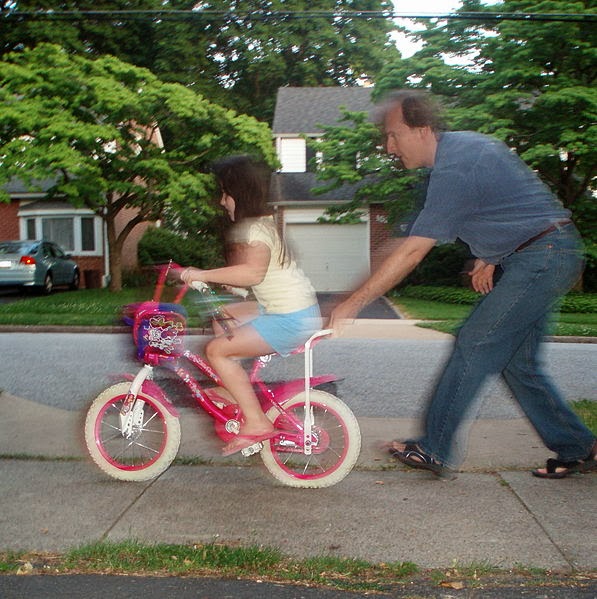 Sometimes I would remind my struggling kiddos
that I was LD in computers.
Not that I had to ~
All they had to do was watch me in action!

I was a technological disaster!
If there was a hard way to do something,
I found it.
If something could go wrong,
it went wrong for me.
My kiddos talked this excitable teacher down many times. 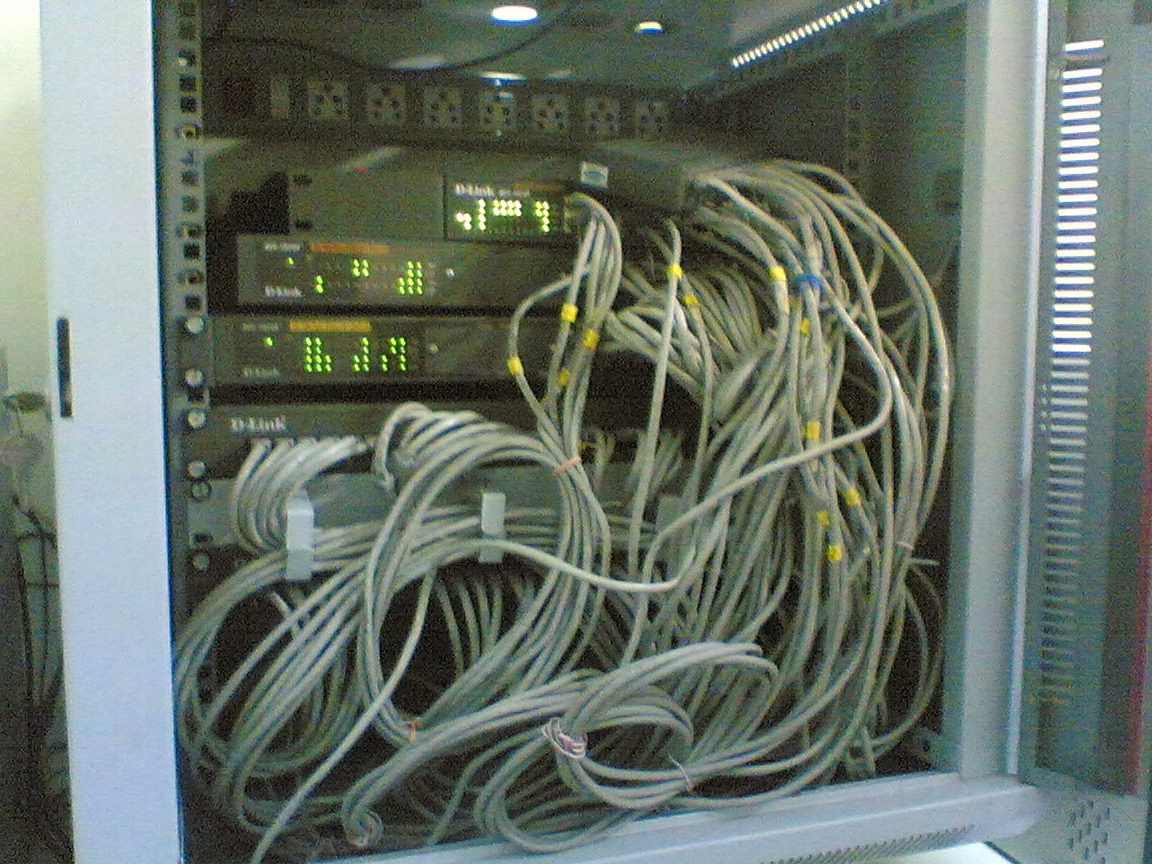 I took many technology classes
at night and on the weekend.

It would be the same thing every time.
Four or five clicks in,
and I was terminally lost.

The instructor might go back
one or twice over something,
but then would move on.

"You'll just have to keep up the best you can,"
s/he would say,
"We've got to stay on schedule."

And I'd slog on
fighting back tears,
getting nowhere on the simplest things,
thinking Stupid. Stupid!  Stupid!!!!! 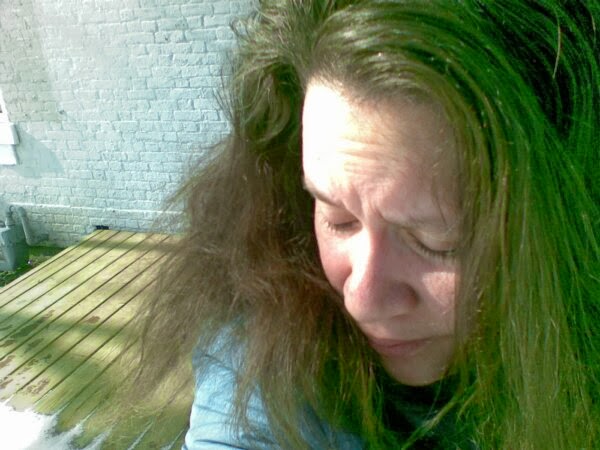 
My husband would watch in frustration
as I struggled with a computer project.

A number of times he said,
probably waiting for a dinner that wasn't happening:
"Nobody else can be spending so much time on this!
What's wrong with you?
Why is everything so hard for you?"

In the Ever-Patient's defense,
he would follow that up
by massaging my sore hunched shoulders
and popping a frozen pizza in the oven.
"It will be okay.
You'll get it, honey." 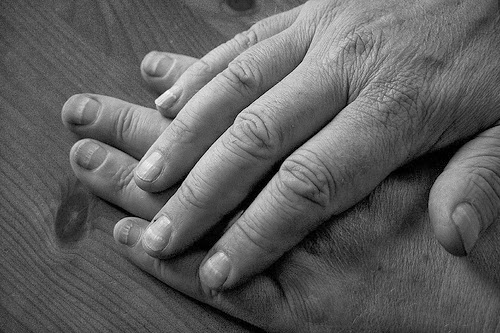 Learning to blog has been a challenge for me.
The simplest things can flummox me.
I lost my blog after my first post
and couldn't find it from August to October.
Who knew it was under "More" on Blogger?

I'm going to join the Insecure Writers Support Group ~
as soon as I figure out
how to add a badge from another blog.
That's next on my whack-a-mole computer list. 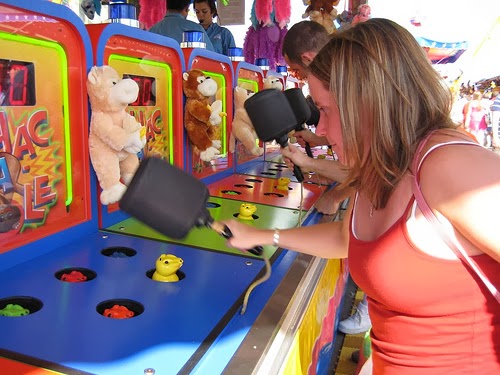 I've been fighting with copyright symbols on my photos.
You would not believe the shenanigans
I have gone through
to get a copyright symbol on certain photos!
Picasa ~ arrggghhhh!!!!!

But now I have a great trainer at the Apple Store.
She remarked at one of our first sessions
that I am highly excitable around computers.
Kimberly gits me.
Better yet, she knows how to handle me.

Yesterday we mastered copyright symbols.
Who knew they were watermarks?

She experimented with Photoshop,
designed some symbols with me,
dropped them into my computer using Airdrop ~
Just like the 101st Airborne parachuting to my rescue! ~
had me store them in Documents,
and showed me how to add them to photos in Aperture! 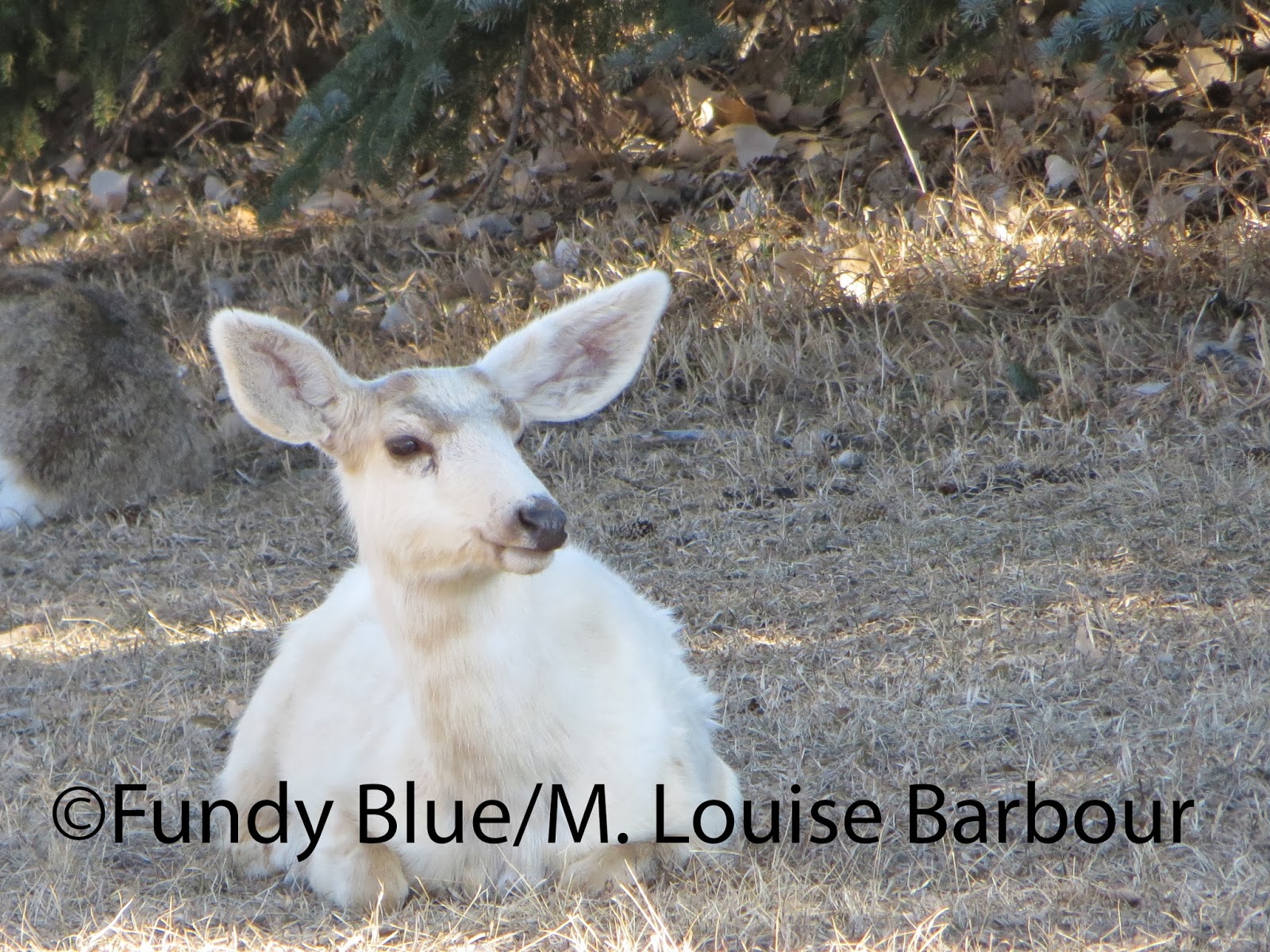 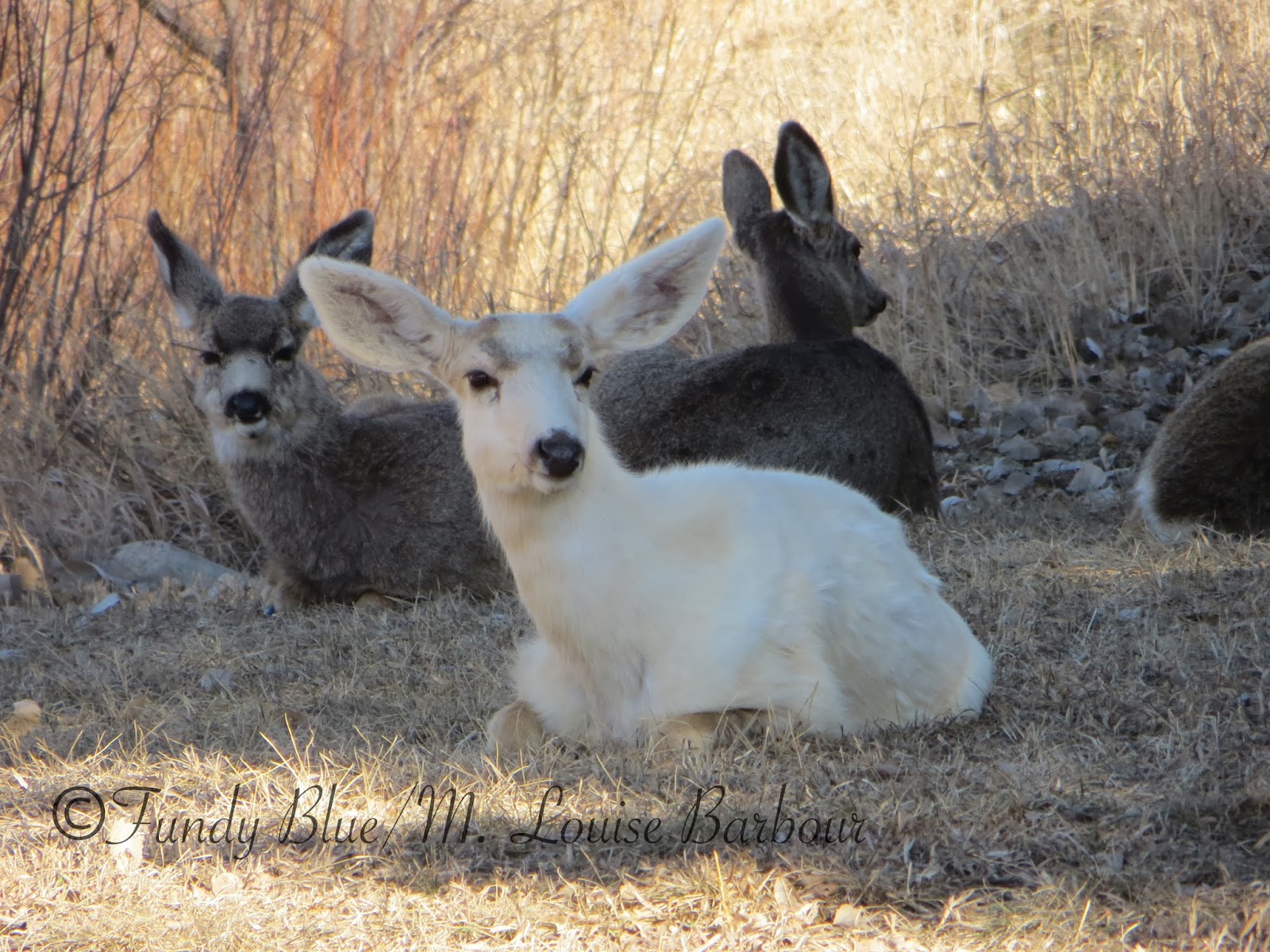 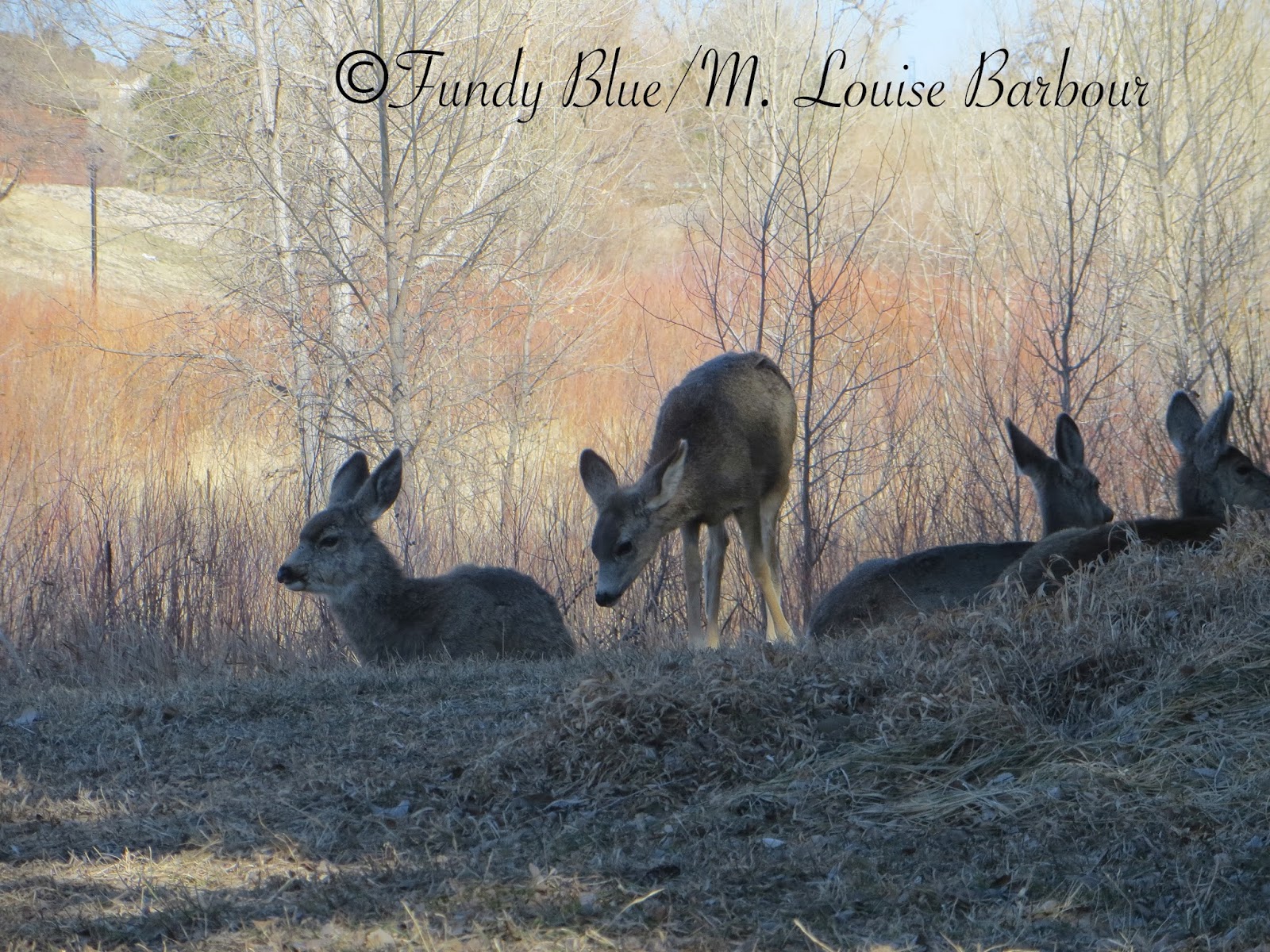 After an hour and a half
of struggling practicing,
I trudged to my car
exhausted.
My head hurt.
My body ached.
I was tense from an adrenalin high.

Drove through rain turning to snow
to another dentist for another appointment.

Drove through a snowstorm
to Parkway for Friday Night Date Night.

Gratefully sipped the merlot
Casey placed in front of me.

My head didn't hurt anymore,
and neither did my body.
But I was still exhausted
from an adrenalin crash.
I just sipped wine and waited for the E-P.

But I remembered Kimberly's big smile
and the big hug she gave me.
"You've got this!"  she said
as I packed up my computer. 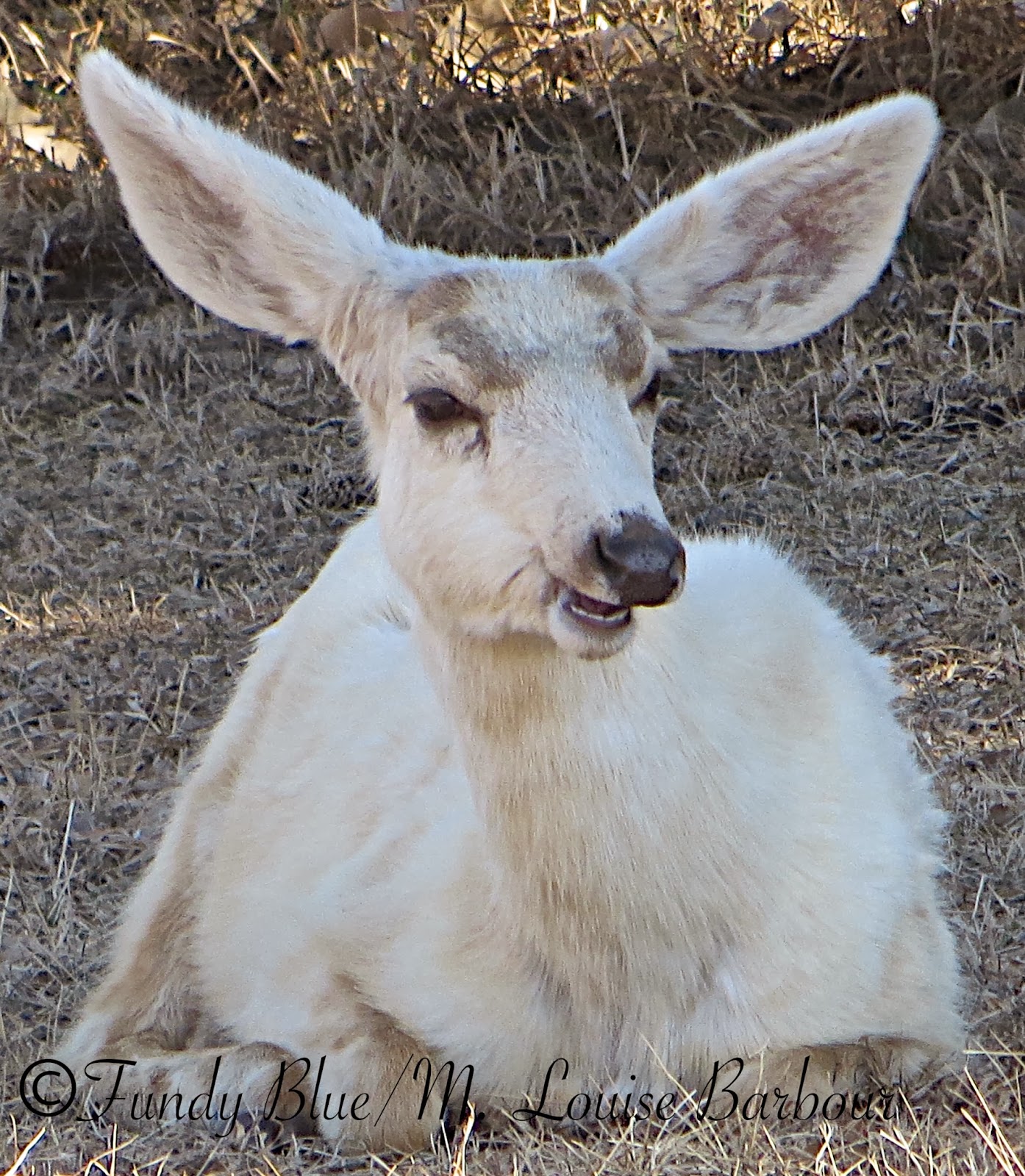 White Muley with a Copyright Symbol!!!!!

Staring at the Stars
Source:  You Tube ~ passengermusic

Gotta go!
The E-P just came down and checked my pulse.
I think he's hungry.  LOL!

Oh yeah, today I stumbled across another site
for photos you can use in your blog:
everystockphoto.com
Posted by Fundy Blue at 5:41 PM