How An Airline Saves Money on a Short Flight

I know airlines are focusing on the bottom line
these days, but really?

We're flying from Denver to Salt Lake City:
a distance of 372 air miles or 598 air kilometers
with a flight time of 1 hour and 1 minute. 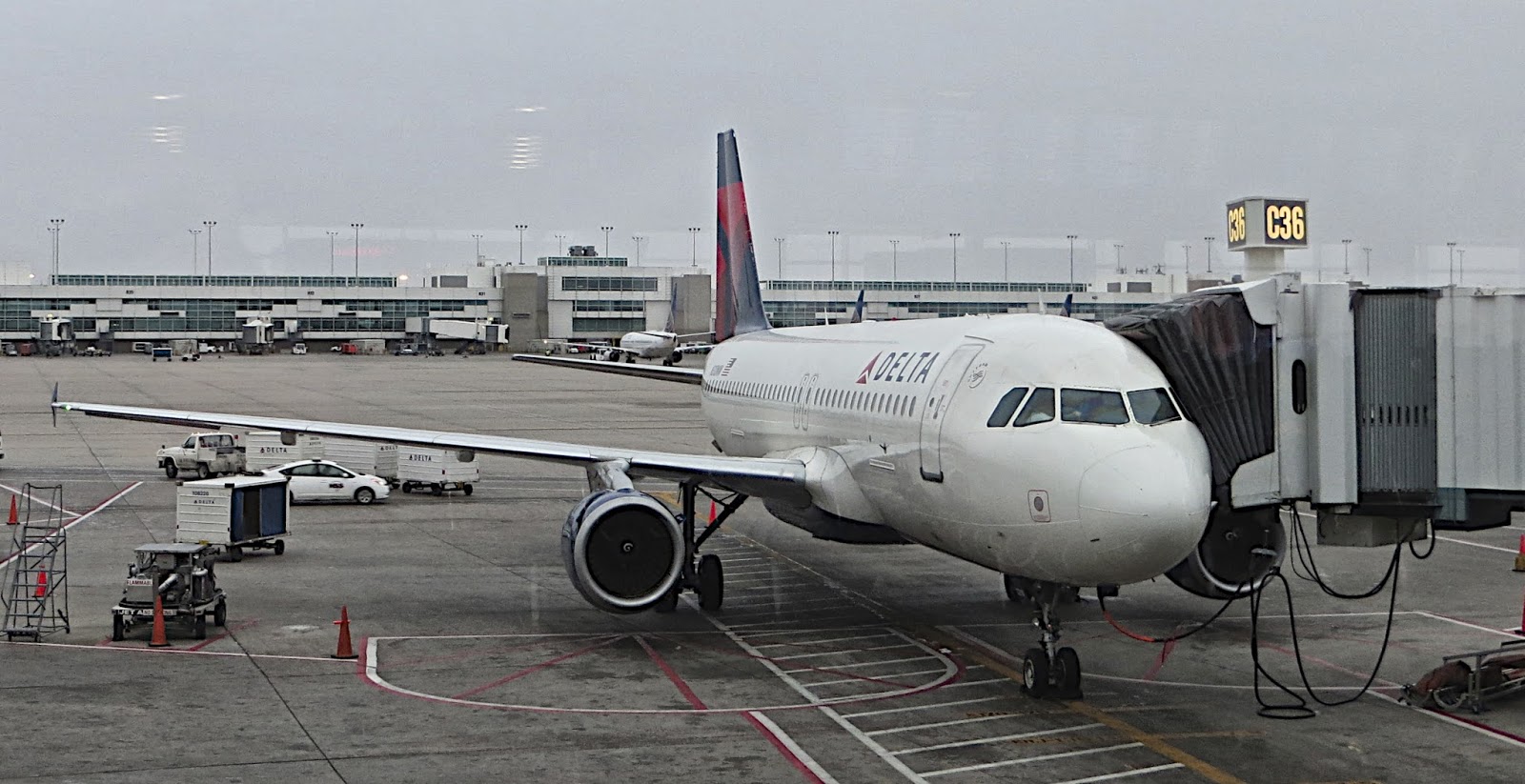 From SLC, we're headed to Honolulu,
and we are excited! 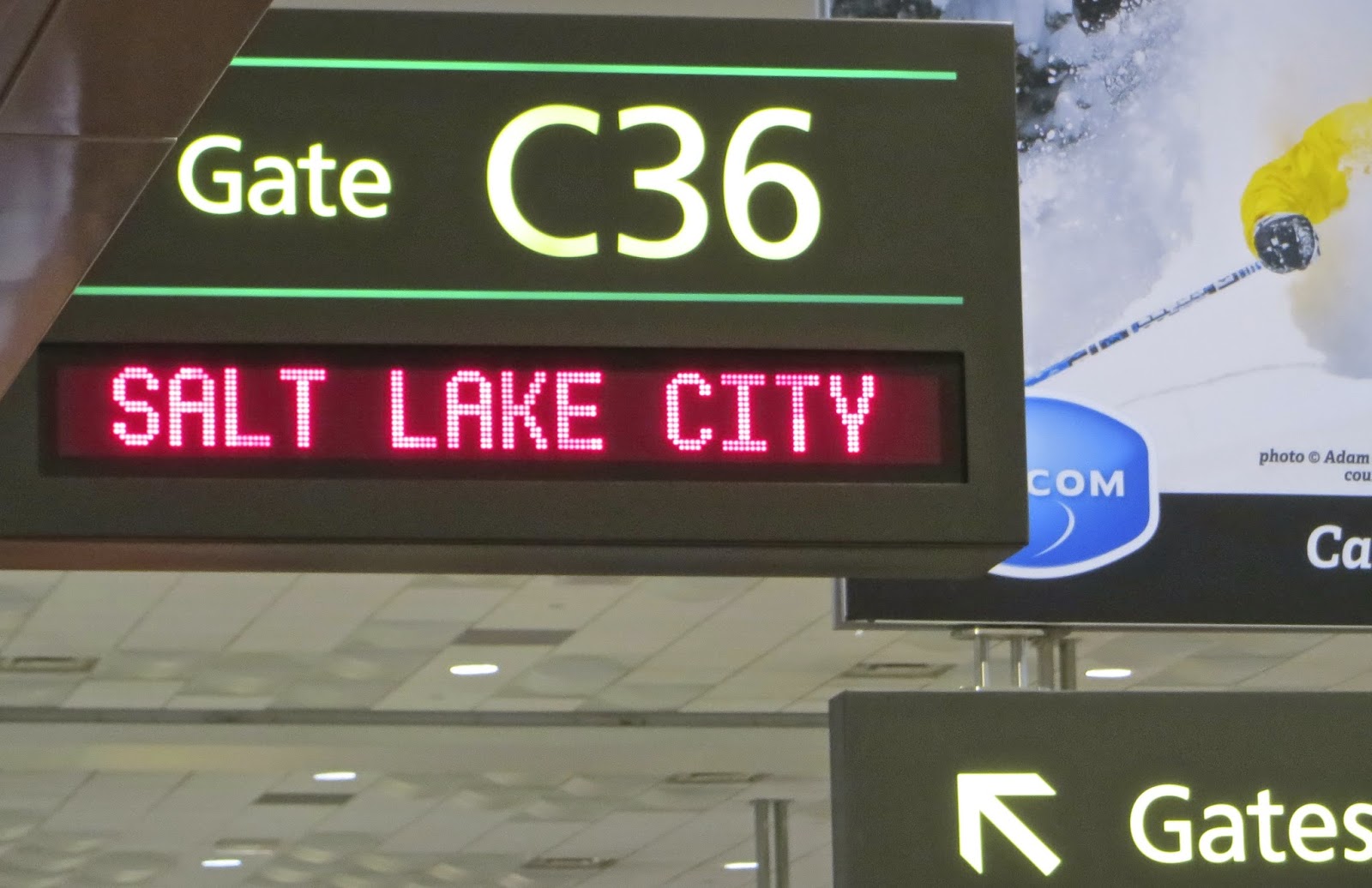 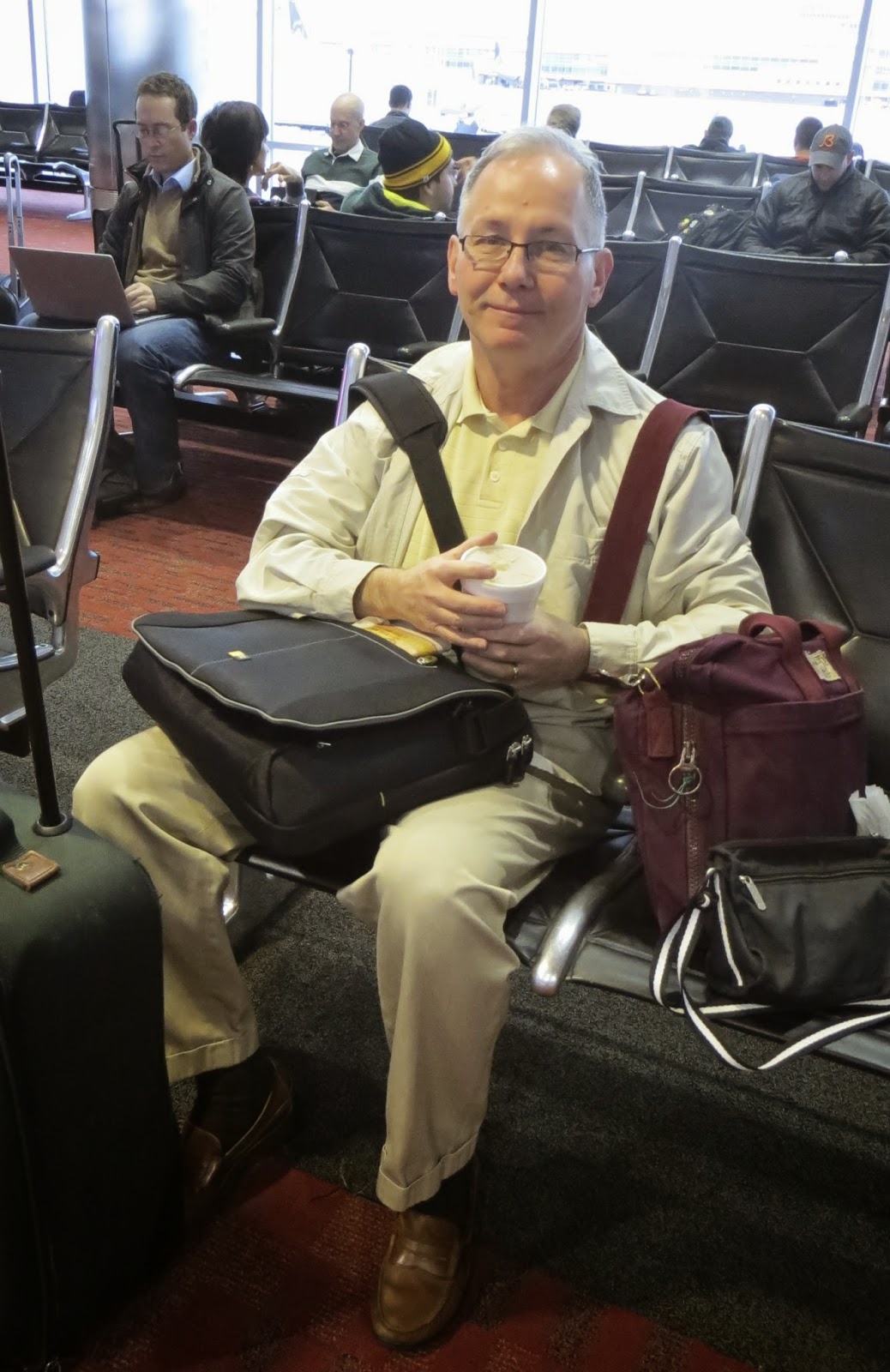 We board and wait for the plane to push back from the gate.
I'm entertaining myself by shooting the action out the window. 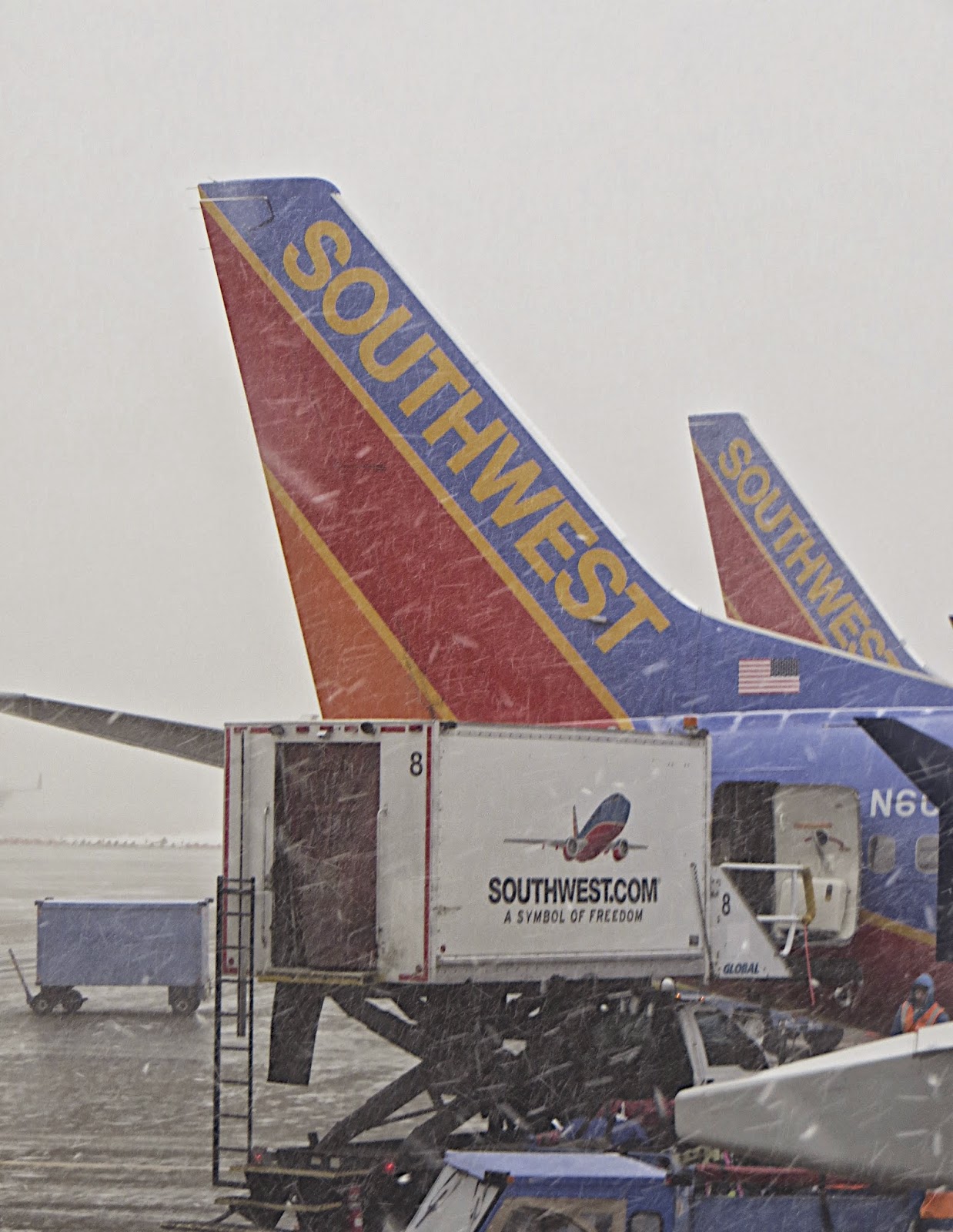 Do you see what is happening?
The snow begins to fall.

If you've flown out of Denver International Airport,
or other snowy airports,  you know
that snow and ice on the wings
means a delay to de-ice the plane.

Whenever I fly, I'm trying to imagine
how air flows around the wings
and lifts the plane into the sky.
And I pray it keeps lifting!

When snow, ice, and frost build up on the wings
and other critical control surfaces of a plane,
they can disrupt smooth air flow.

Rough and uneven surfaces
can degrade the ability of the wings to lift
and increase drag on the aircraft.
This can result in a CRASH!

Other catastrophic events can occur:
Ice can fall off the plane and get sucked into the engines,
or frozen contaminants can jam the moving parts of the plane.
Source:  Wikipedia

De-ice the plane please!
We queue up to de-ice. 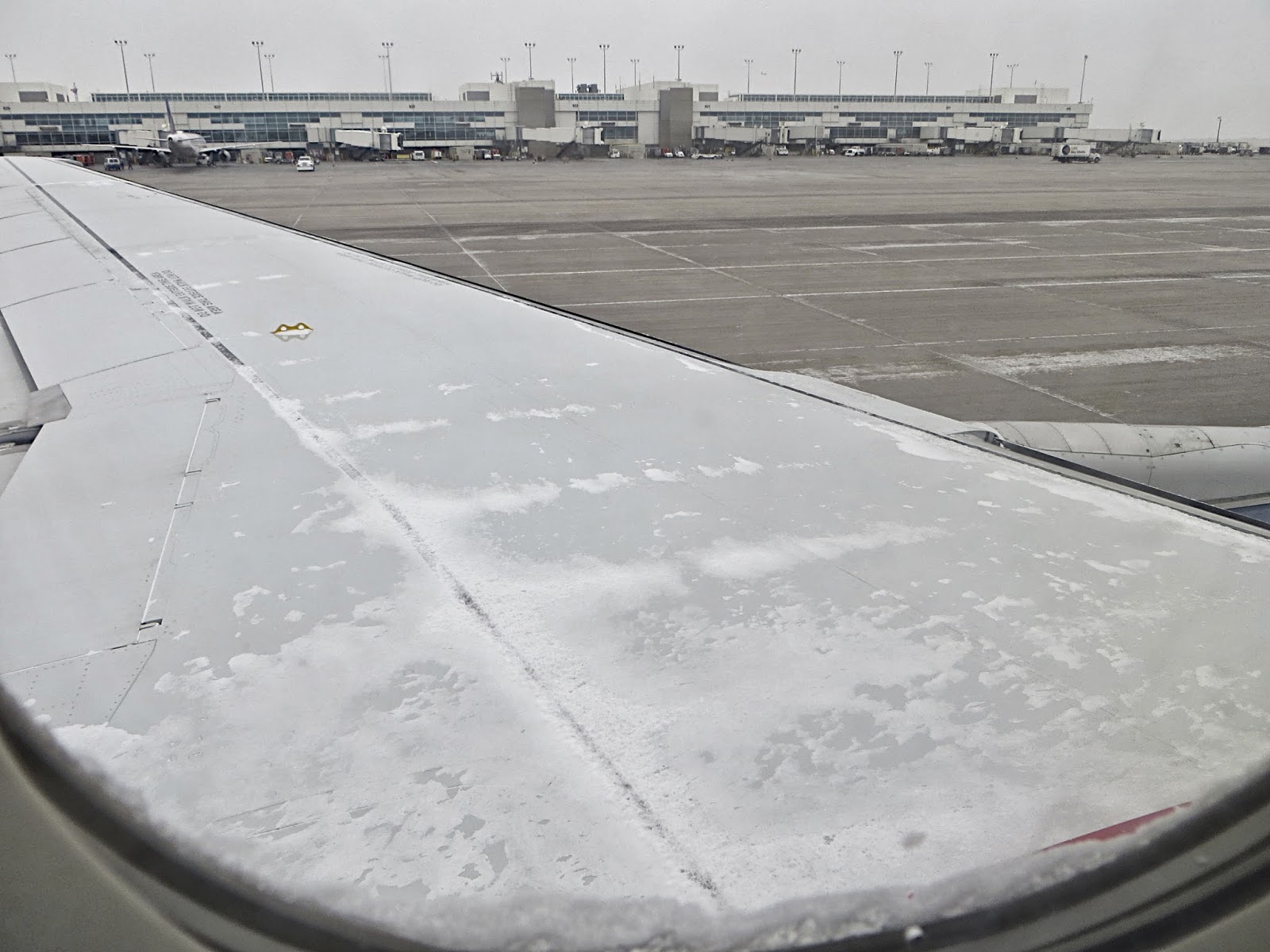 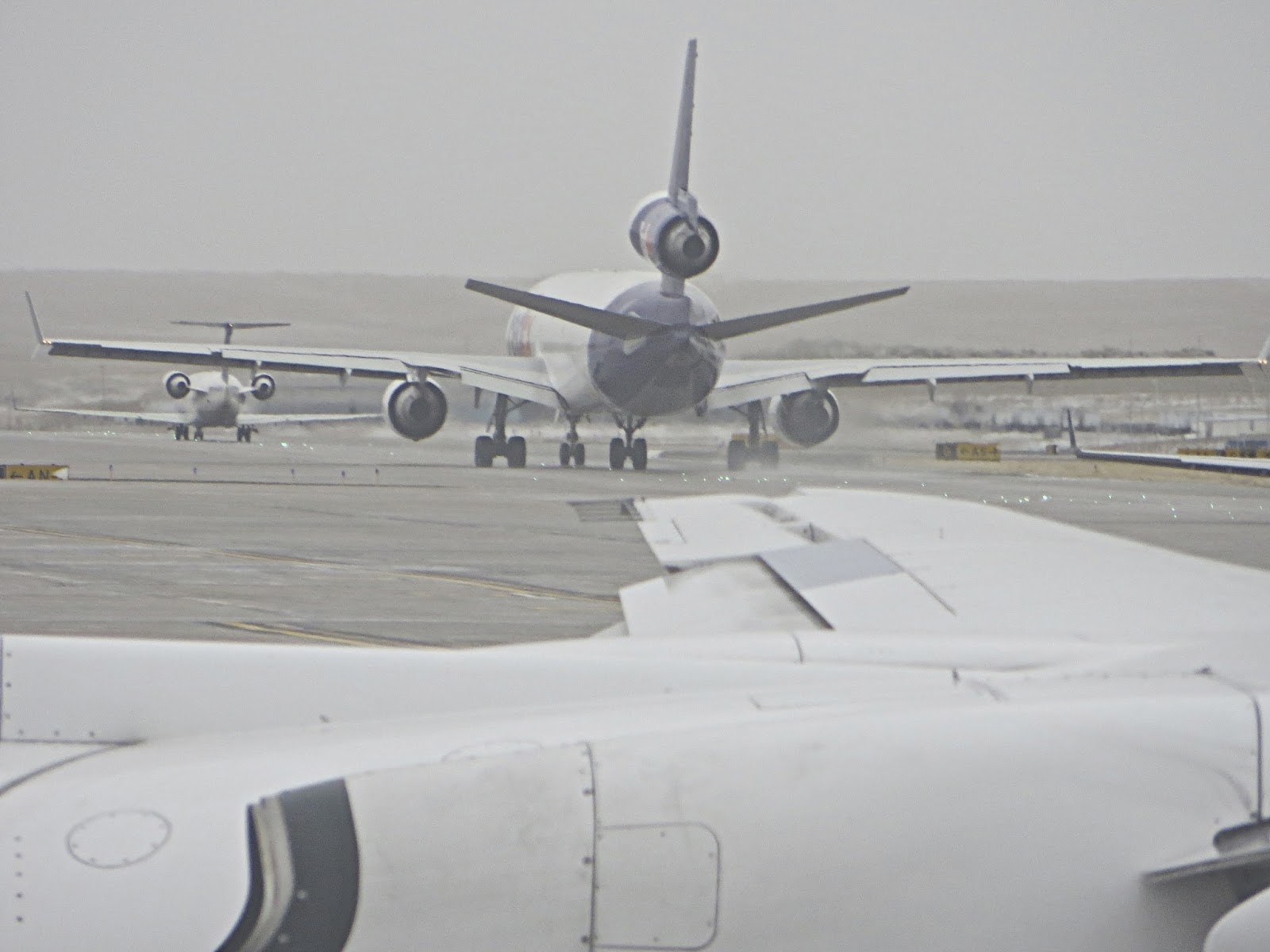 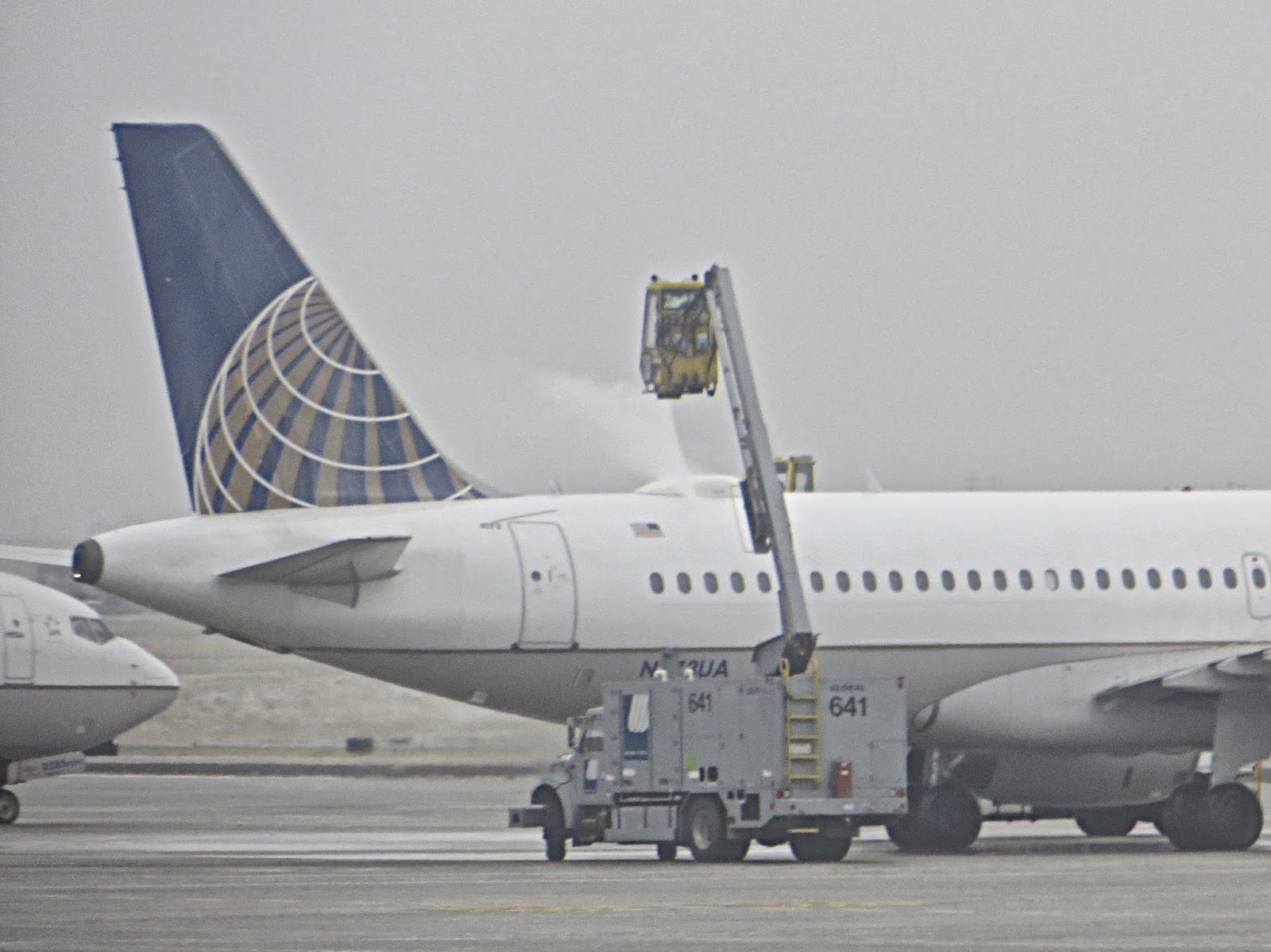 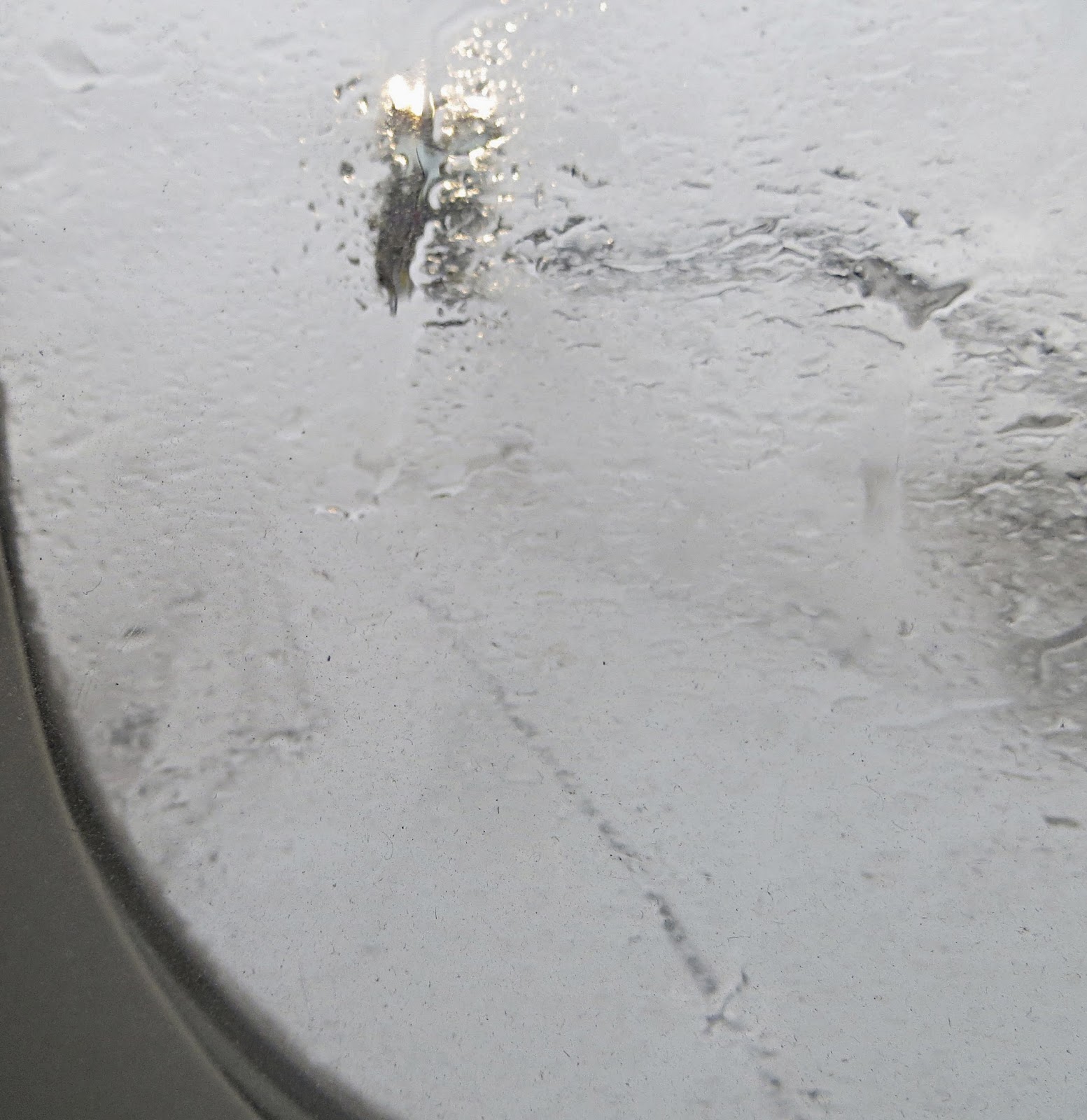 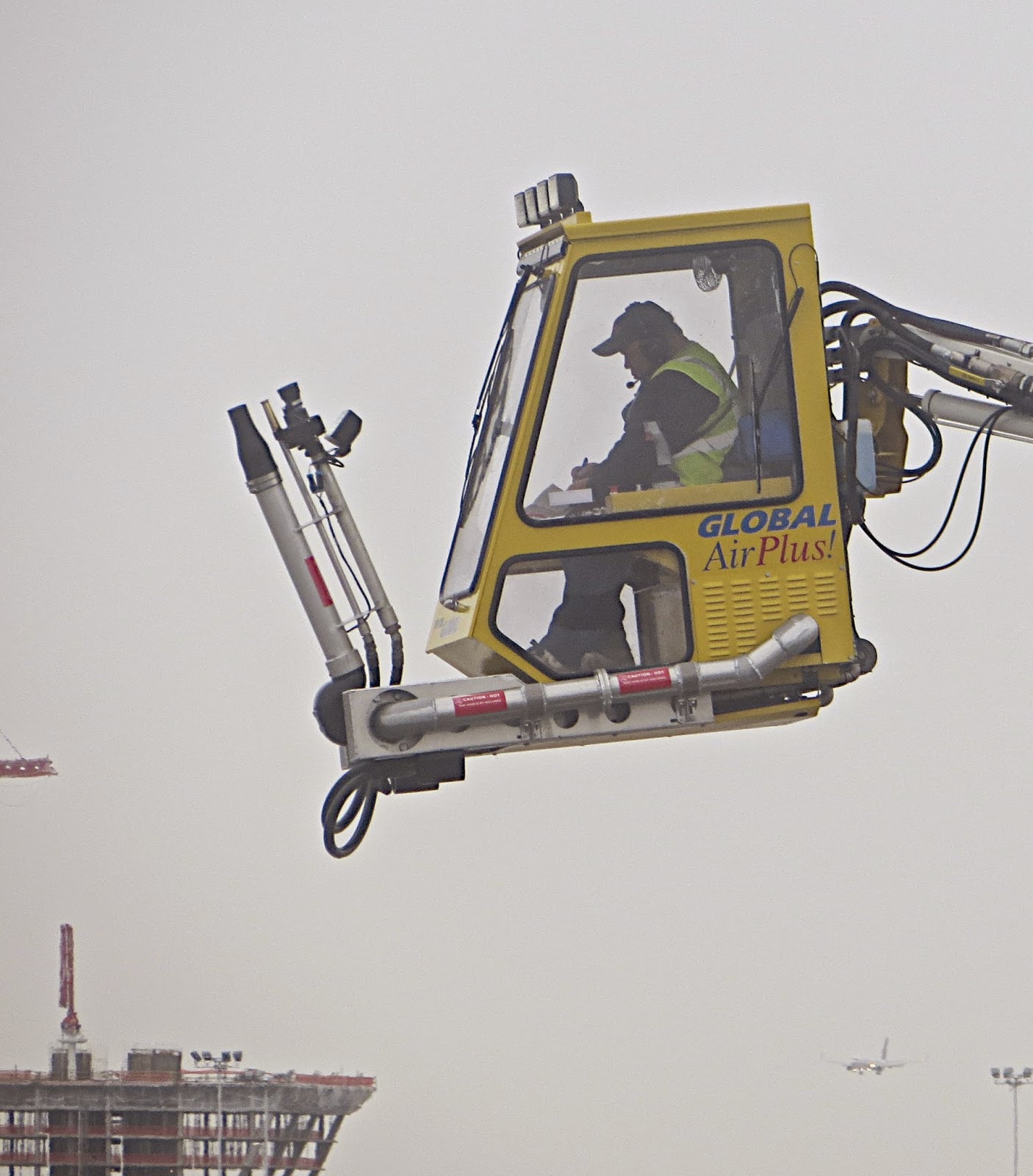 "Sorry folks," says the pilot.
"DIA shut down the second runway.
We waited in line so long to take off,
that we don't have enough fuel to make it to Salt Lake City.
So, for safety's sake, I've made the decision
to come back to the gate and refuel."

"Sorry Folks," says the pilot.
"It took so long to refuel,
that we need to de-ice again."

"If you've missed your connecting flight
out of Salt Lake City,
and you wish to rebook from DIA,
you can deplane now,
and a gate assistant will help you.
But you have to leave now,
and your bags will stay on this flight."

Terry and I look at each other.
No way we're deplaning! 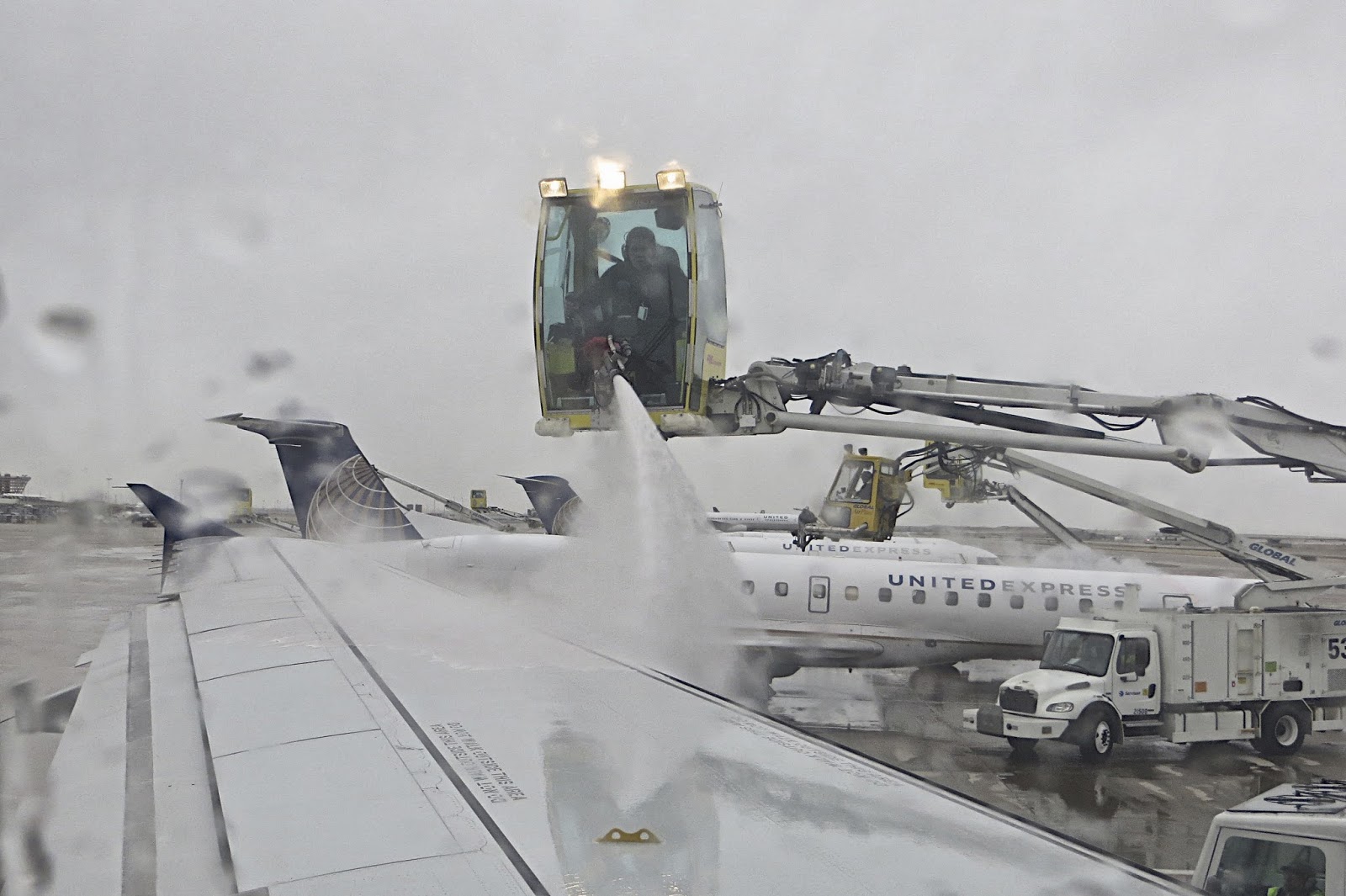 Lift off for SLC!
We have a sinking feeling.
Our flight out of SLC for Honolulu
is Delta's last one from SLC to Hawaii for the day.

We land in SLC. 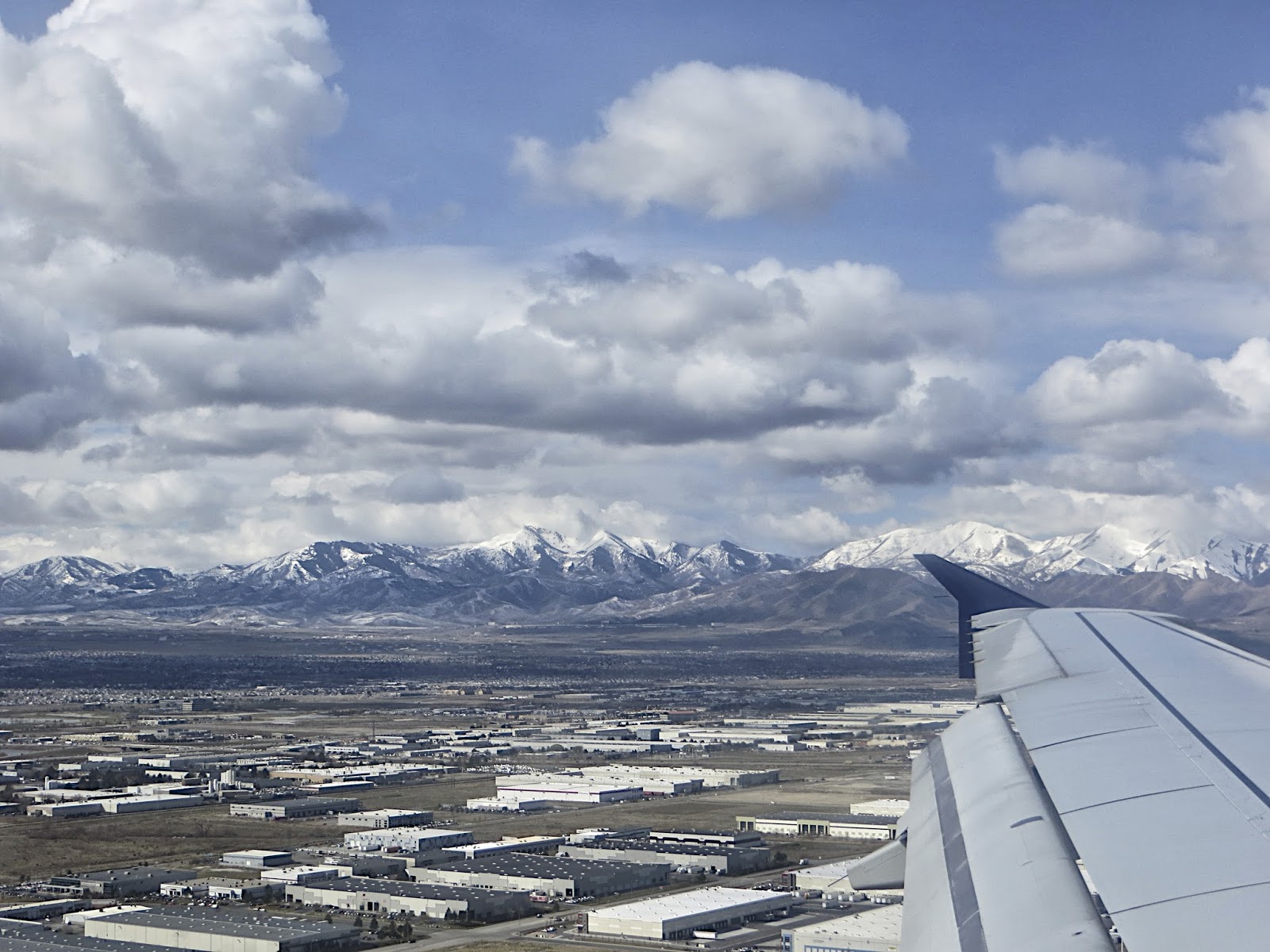 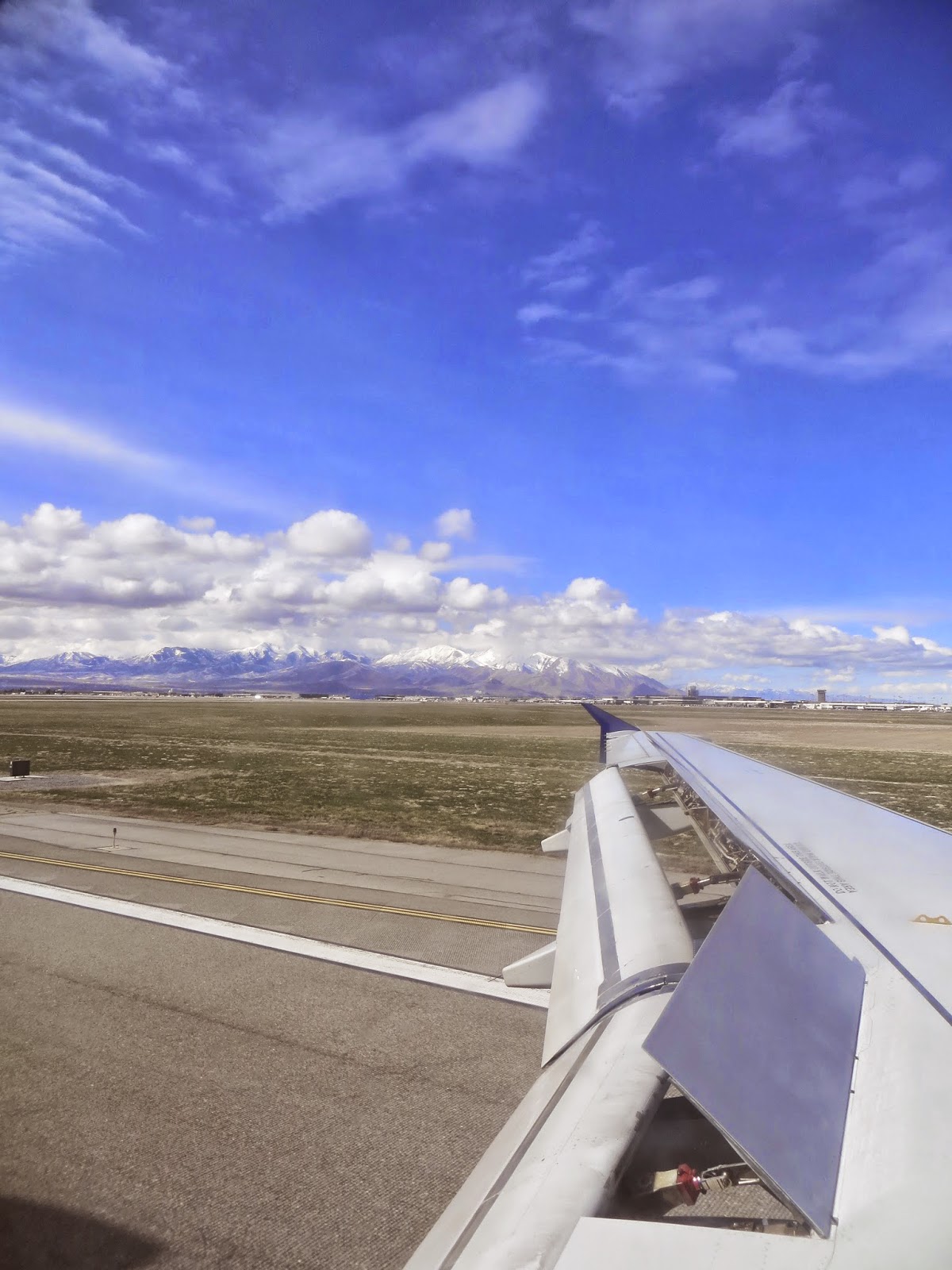 All the moveable parts
work as they should.
Whew!!!!!

But no way in H E Double L
we're going to make our connection!

The flight attendant asks everyone
whose final destination is SLC
to remain seated,
along with those
who have already
missed their connections.

Terry and I look at each other.
We have a quickly closing slim, slim chance.
We run!

No passengers are at the gate
when I run up,
huffing and puffing,
out of breath from the long sprint.
Terry is patiently waiting,
a relaxed gazelle. 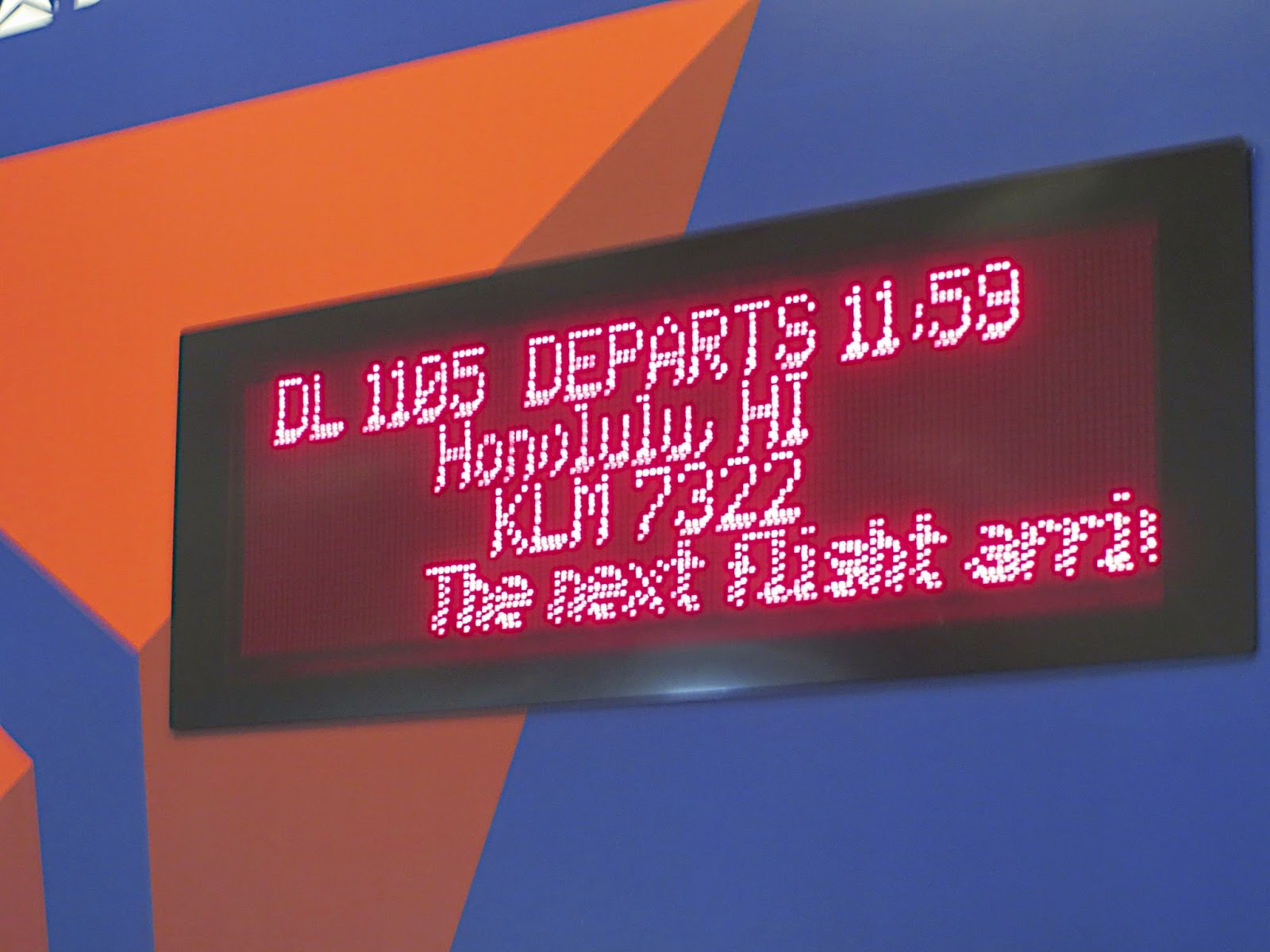 We're the last to board.
First class passengers are already
sipping their complimentary drinks.
I can't remember the last time
we flew on a plane with first class.

We head back to steerage
and settle in for the long haul to Hawaii.
I'm happy,
but I'll be a whole lot happier
if my checked bag makes it too.

So I'm trying to figure out how flight economics work.
You scrimp on the fuel
so you have just enough loaded for a short flight.
With a little room for error.
On a morning with snow in the forecast.
At one of the busiest airports in the USA.
And you run out of enough fuel for the flight.

Which costs more,
adding some extra fuel to begin with,
or all that repeat taxiing,
a second de-icing,
and rebooking disgruntled passengers
who've missed their connections?
Just wondering. 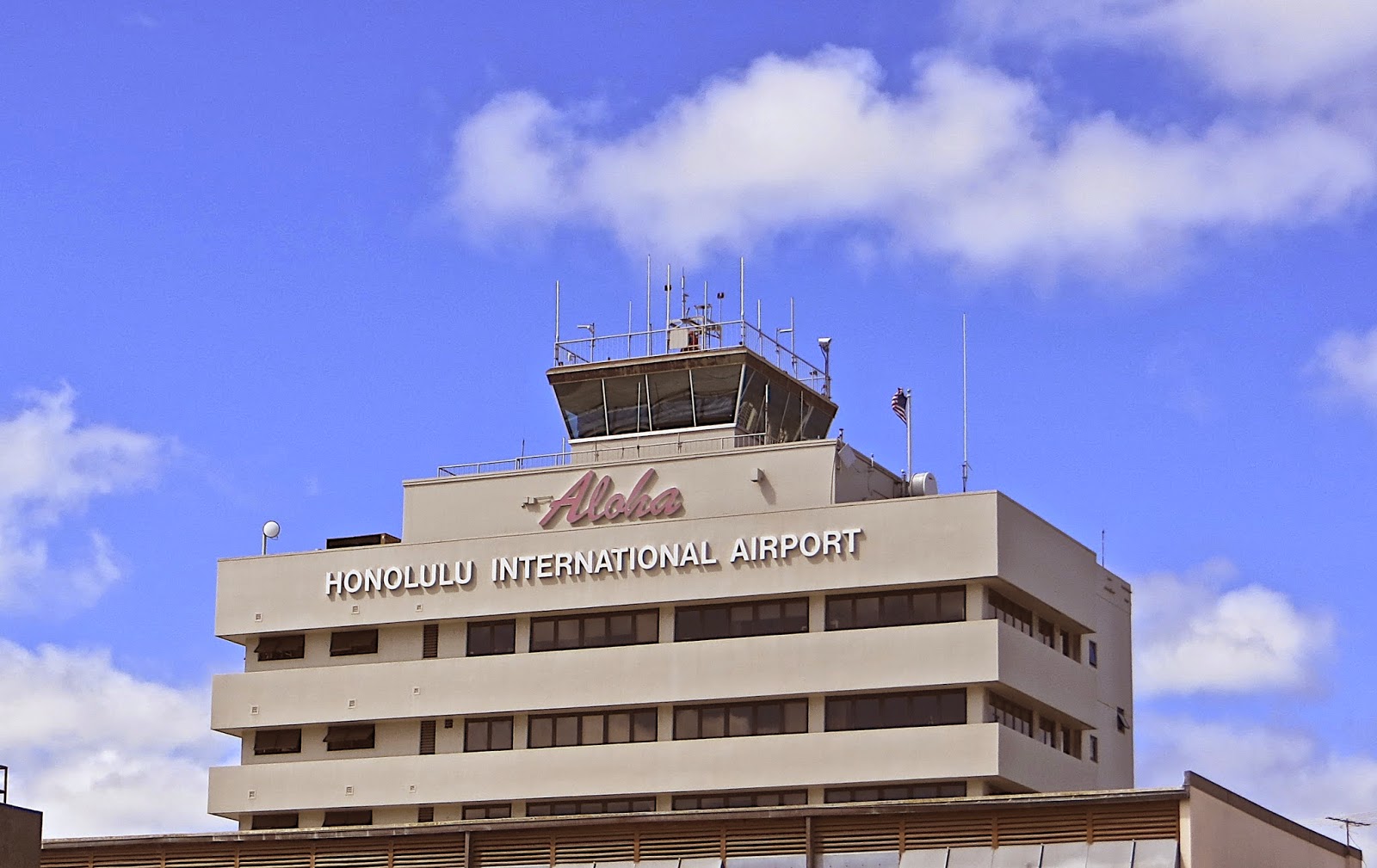 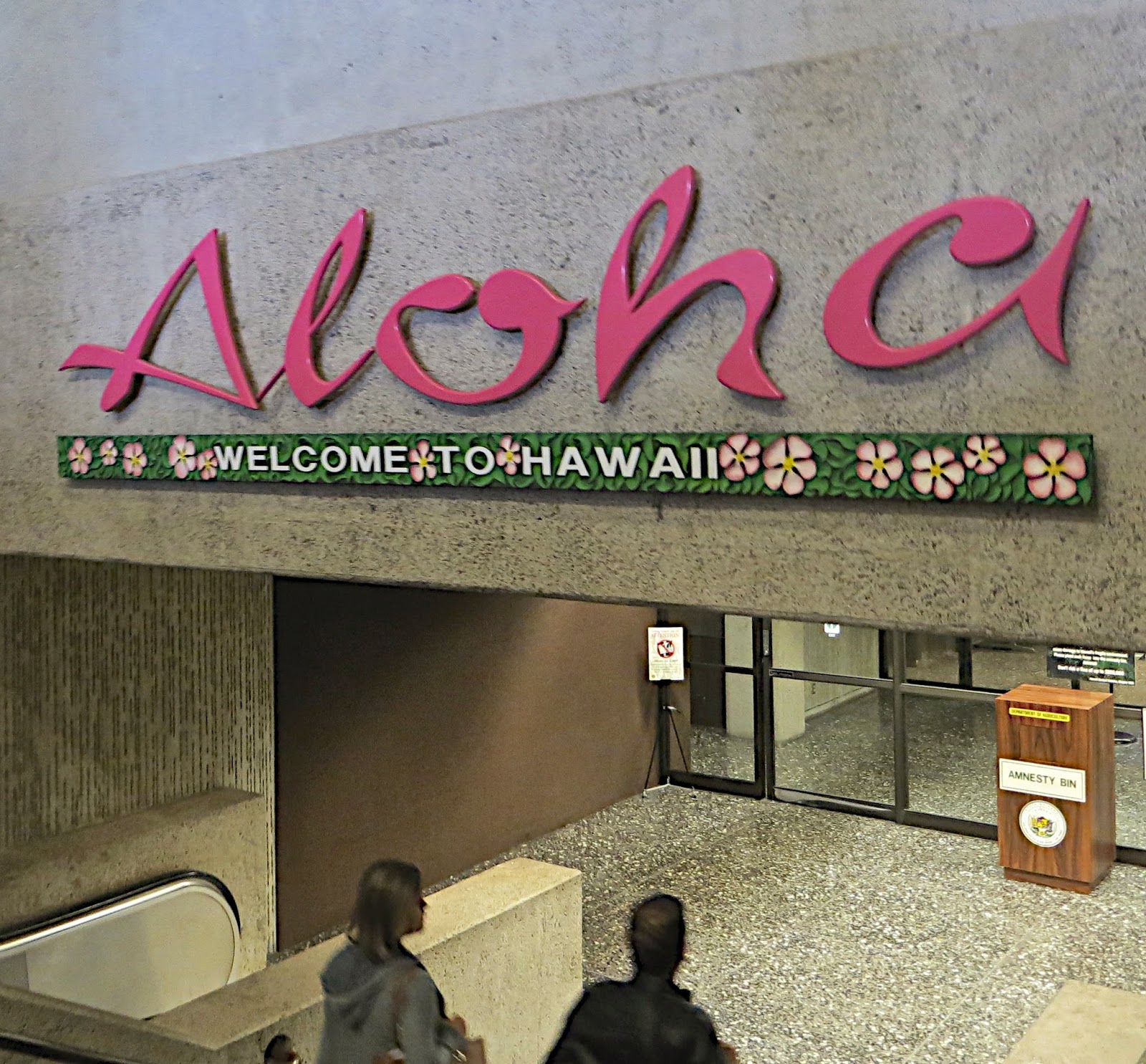 All is forgiven, Delta.
We and my checked bag made it.
"Safety is our priority," said the captain.
That works for me! 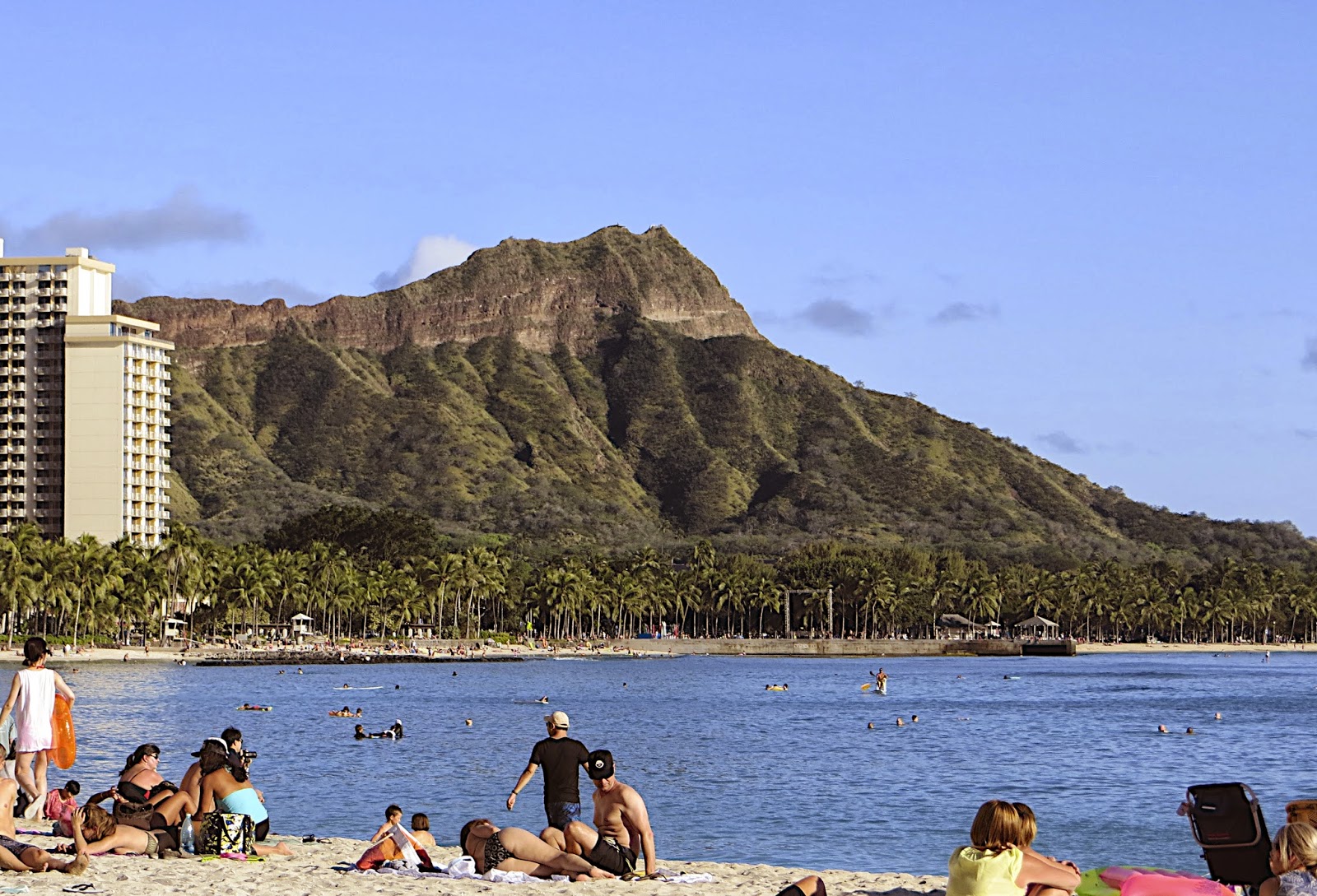 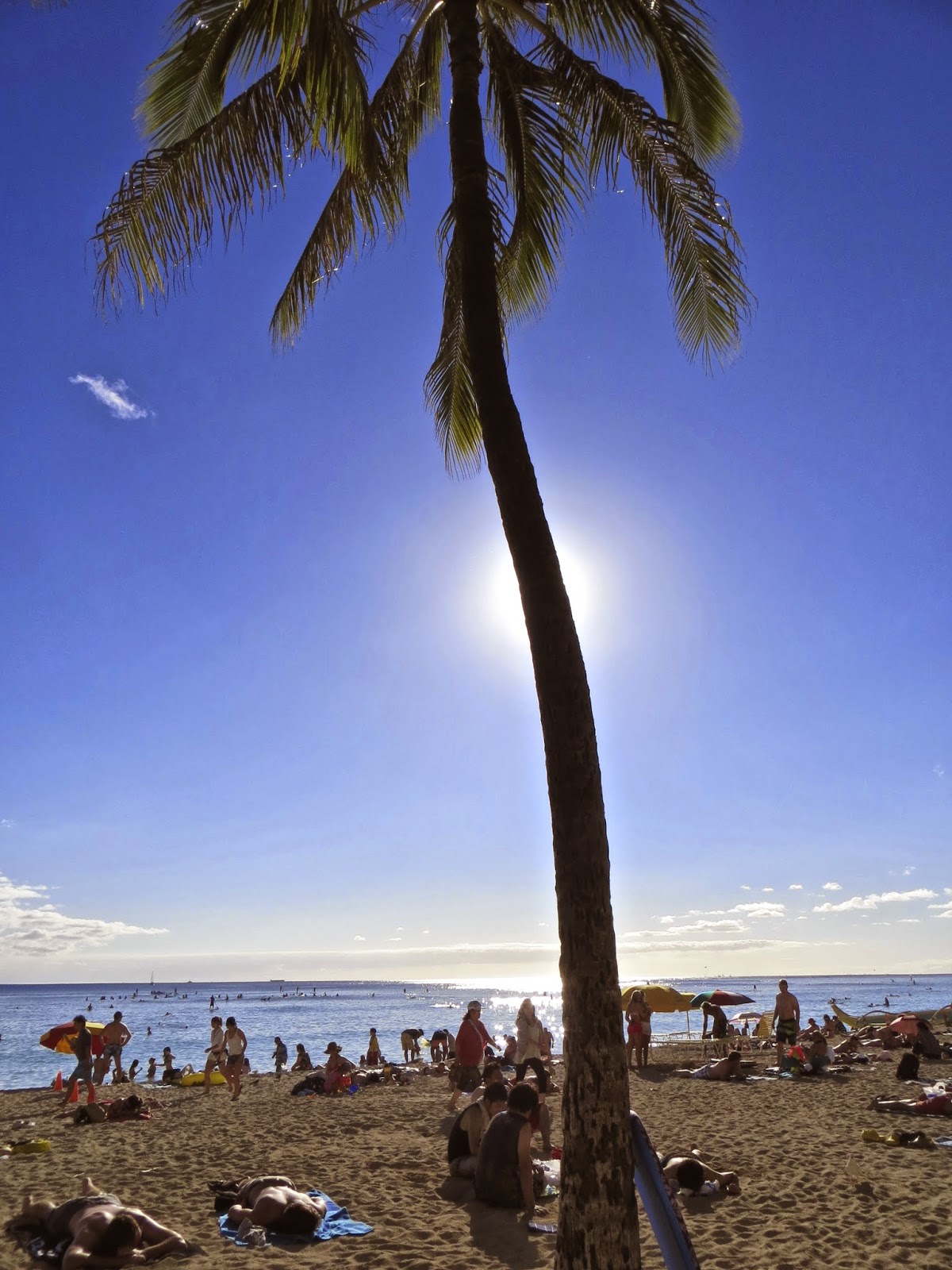 The weather on Waikiki
is perfect.
Not a snowflake in sight. 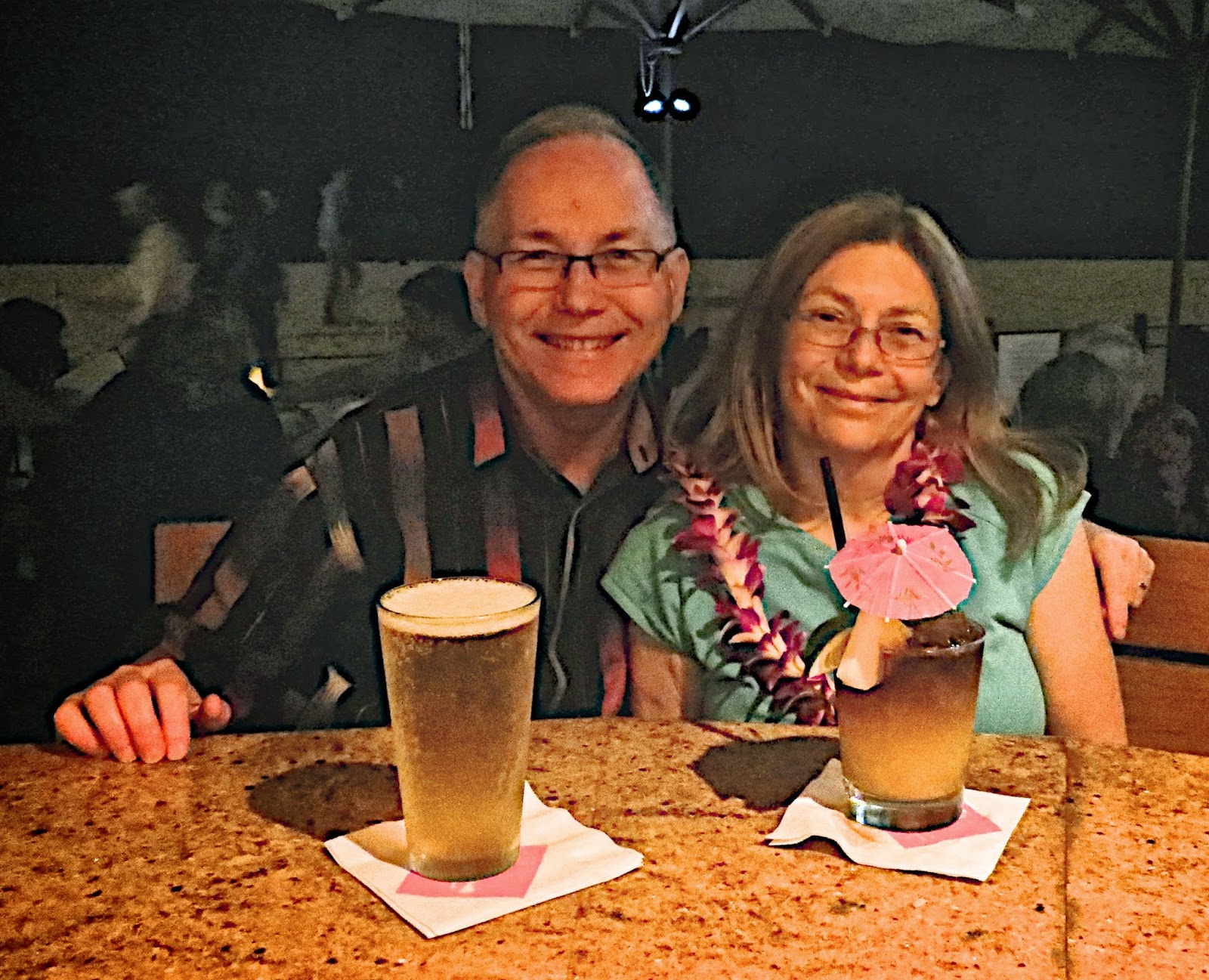