We did again!
In spite of our best intentions,
we found ourselves scrambling
to make it to see Silver Linings Playbook
at the AMC theaters at Southlands Saturday morning. 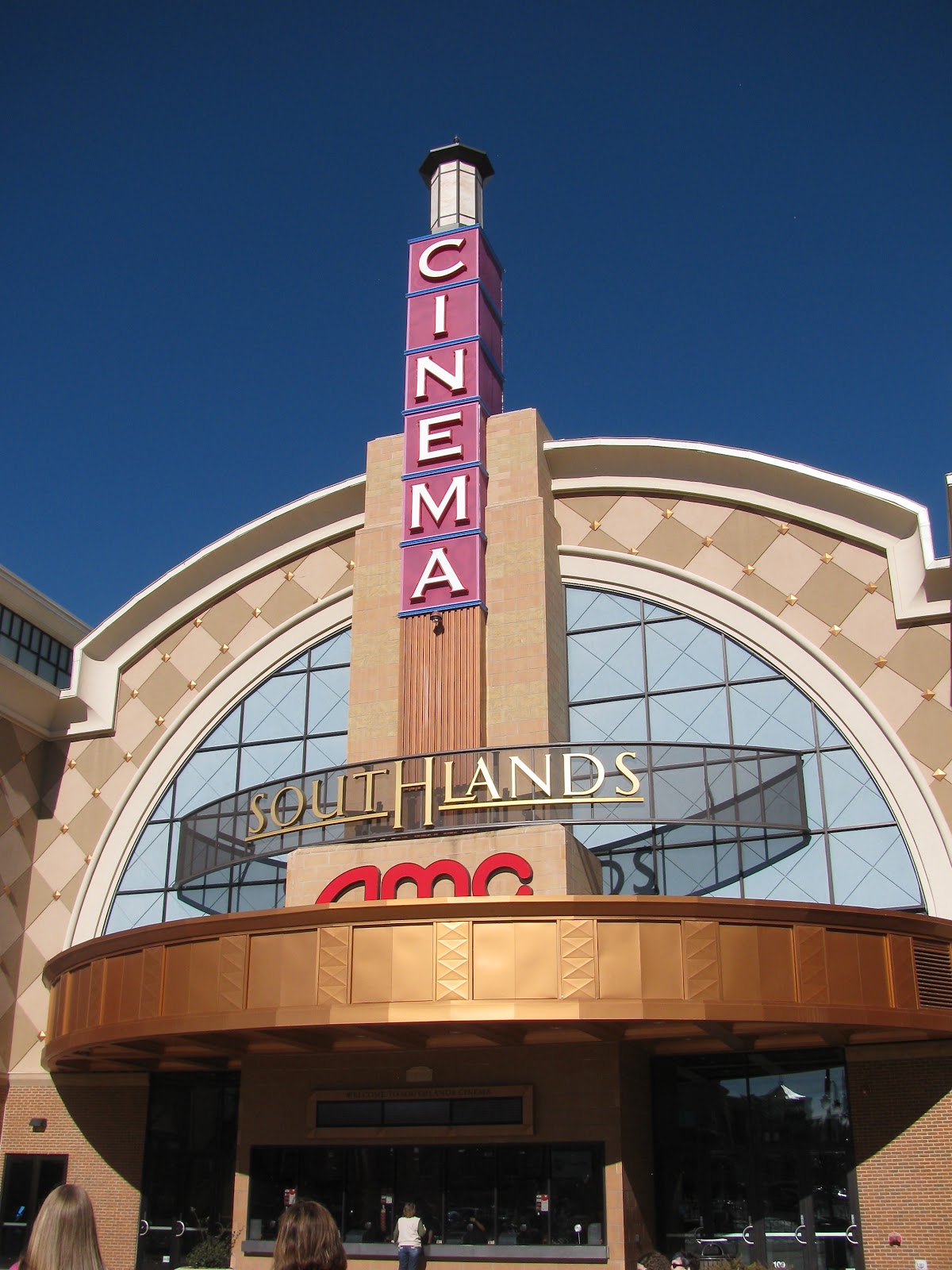 
I mean, what's with a movie starting
at 9:30 a.m. on Saturday morning?
Siri informed us of this disconcerting fact at 9:03 a.m.
I hadn't even finished my first cup of coffee.

I suppose a little more advance planning
would be in order; but,
we passionate people are too often
blind to the world when lost in our passions!

So it was the mad gallop to the theater, again; 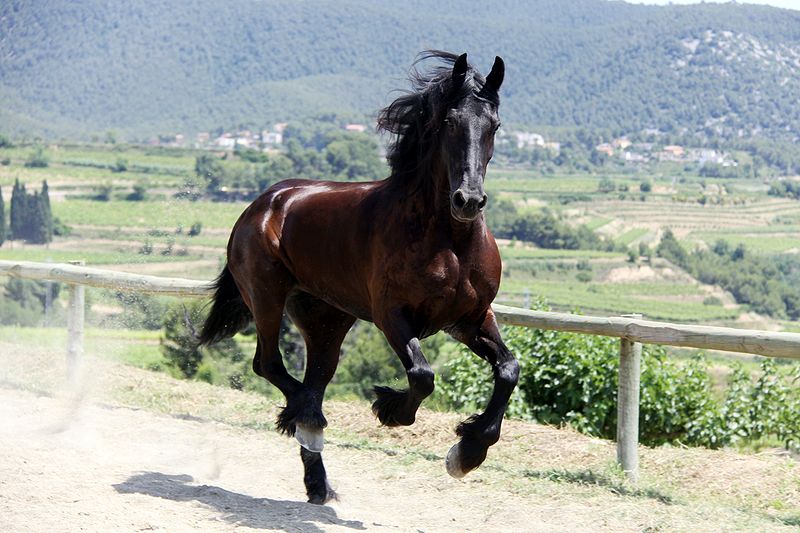 Galloping Beauty
I was looking for an image of galloping people,
but I saw this beauty, and I couldn't pass him by!
Pretty boy!
http://commons.wikimedia.org/wiki/File:Mishimala_forma_d%27un_sentit.jpg

but this time at least,
Terry had swallowed a few Cheerios,
and I had stuffed a left over chicken sandwich
into my purse, along with my camera.
Strictly popcorn and cola -
no $16.00 pair of movie hotdogs w/cola,
even if they are very good hotdogs! 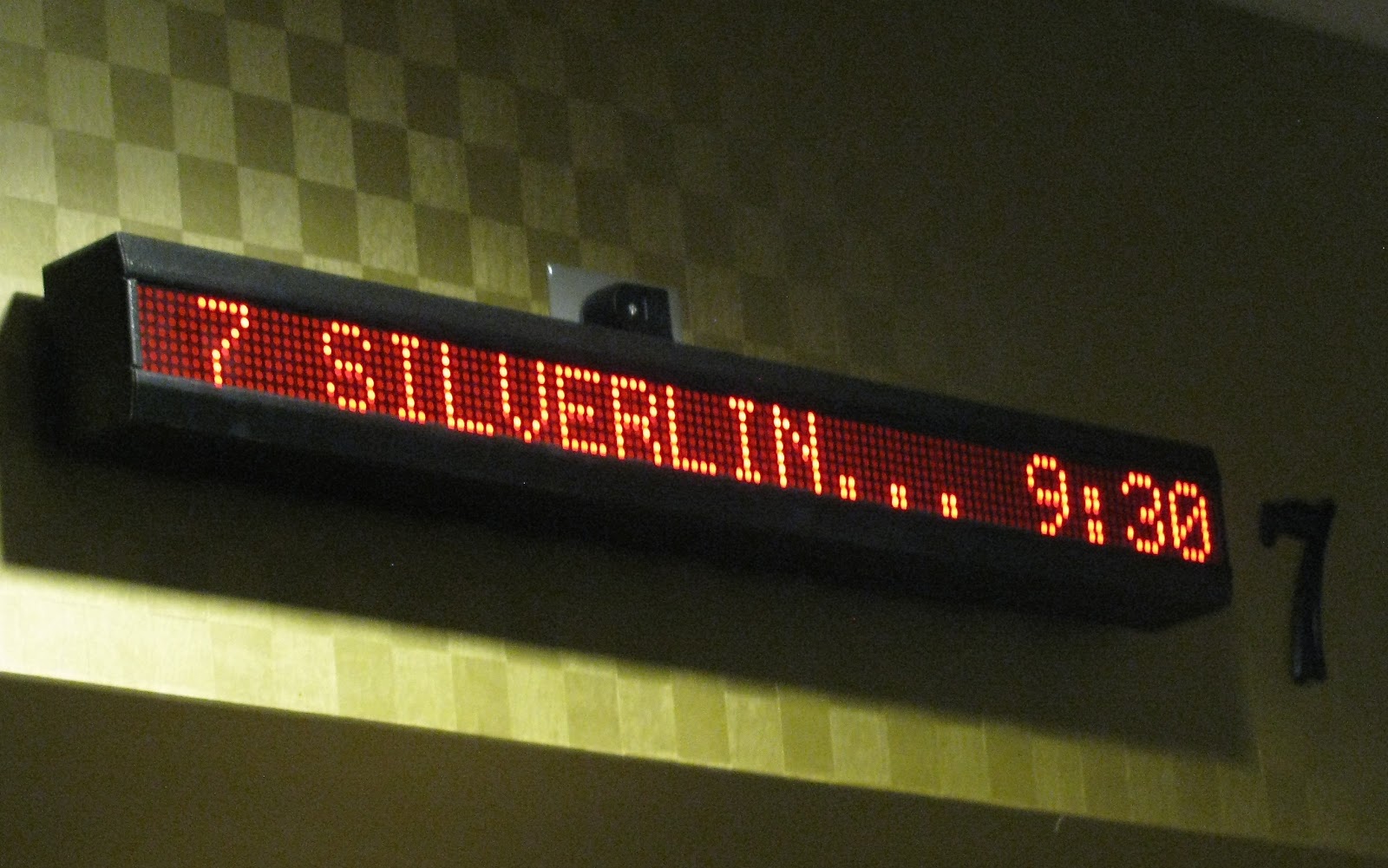 And we were both in our seats
as the previews began to roll!
I have learned to run flat out
up the stairs in the darkened theater
without dropping a kernel of popped corn
or spilling a splash of cola.
This is the way Terry likes it -
no wait time! 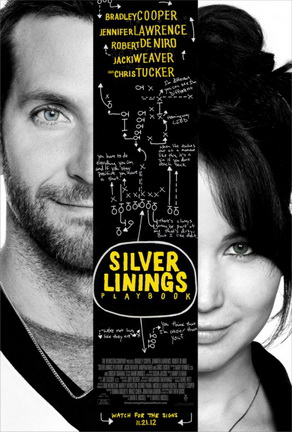 Movie magic again!
From start to finish, this movie did not disappoint!

For starters, Silver Linings Playbook
has an excellent cast:
Bradley Cooper and Jennifer Lawrence,
with Robert De Niro, Jacki Weaver,
Chris Tucker, Anupam Kher and Julia Stiles in supporting roles.
The cast has been showered in accolades.
Not since 1981 has a single movie been nominated for
Academy Awards in the four acting categories (http://en.wikipedia.org/wiki/Silver_Linings_Playbook)

(Do not ask me what those funny white vertical bars are; I have no clue, nor do I know how to get rid of them!)

The characters in the movie are compellingly real.

When Bradley Cooper looks you in the eye and tells you
that he has things under control,
you believe him!

When Jennifer Lawrence looks you in the eye,
you can look nowhere else,
because her eyes smolder and trap yours!

When Robert De Niro sits on the bed beside his son,
and speaks to him of football and family,
you can feel his pain as he tries
to understand and to communicate with his son;
and, in his pain you can feel,
the struggles of all fathers and sons.

When Jacki Weaver tries to hold her family together
and roll with the craziness,
you feel the struggle of women everywhere
as they fight to maintain sense and sanity in their lives. 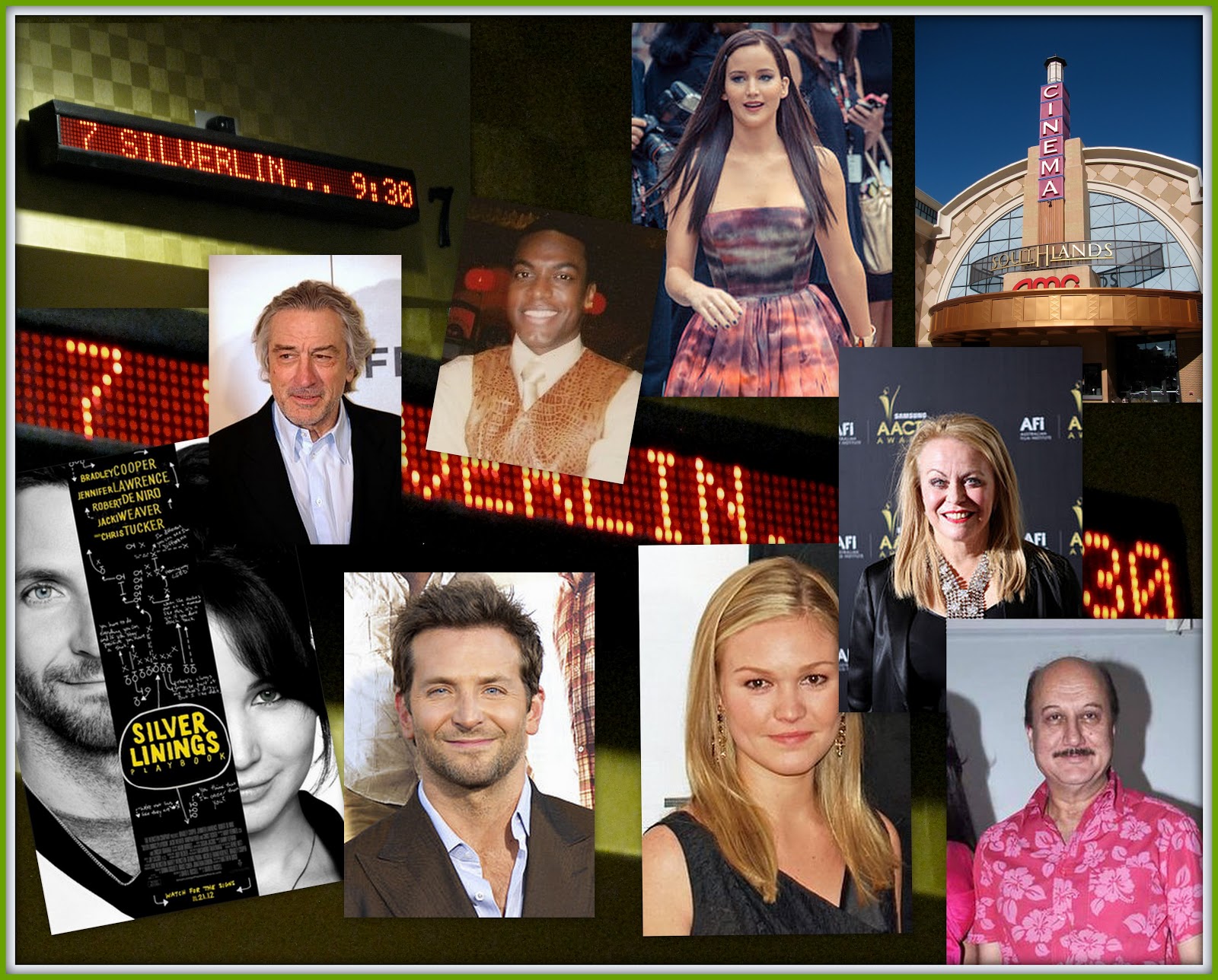 The plot is pretty straight forward,
but I don't want to give away any delicious details!

Suffice to say that it begins
with Patrizio Solitano's release from a mental health facility
into the care of his mother and father,
a pair that has its own zany issues.

Patrizio's father has lost his job,
and he has become a bookmaker
to support his family and
to earn money to open a restaurant.

Patrizio's mother Dolores is a loving and supportive
mother and wife
who just wants to wrangle her family
into happiness and success.

And Pat, who suffers with bipolar disorder,
just wants to get his life back
after an eight month stint in the mental health facility.
He is determined to win back
his wife Nikki who left him
after a violent event that landed him in the facility.

With this, the plot thickens
into a romantic comedy that
is stirred repeatedly by Stevie Wonder's "My Cherie Amour."

No offense to Stevie Wonder or My Cherie Amour,
(I love them both); but, for me,
for perfectly selfish reasons,
the musical piece de resistance in the movie
was a duet by Bob Dylan and Johnny Cash,
a cut from the album Nashville Skyline:
"Girl from the North Country."

If you've been following my blog,
you'll know why this song is a major favorite of mine!
Just saying, I think Nashville Skyline
is one of the best albums ever! 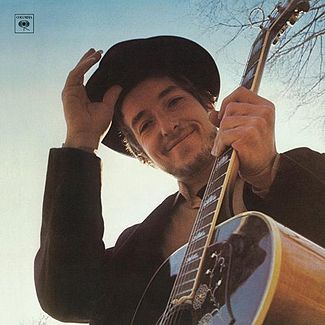 Dylan and Cash:  Girl from the North Country

Bottom line:  Just see this movie!  It's great,
and it deserves every award it garners! 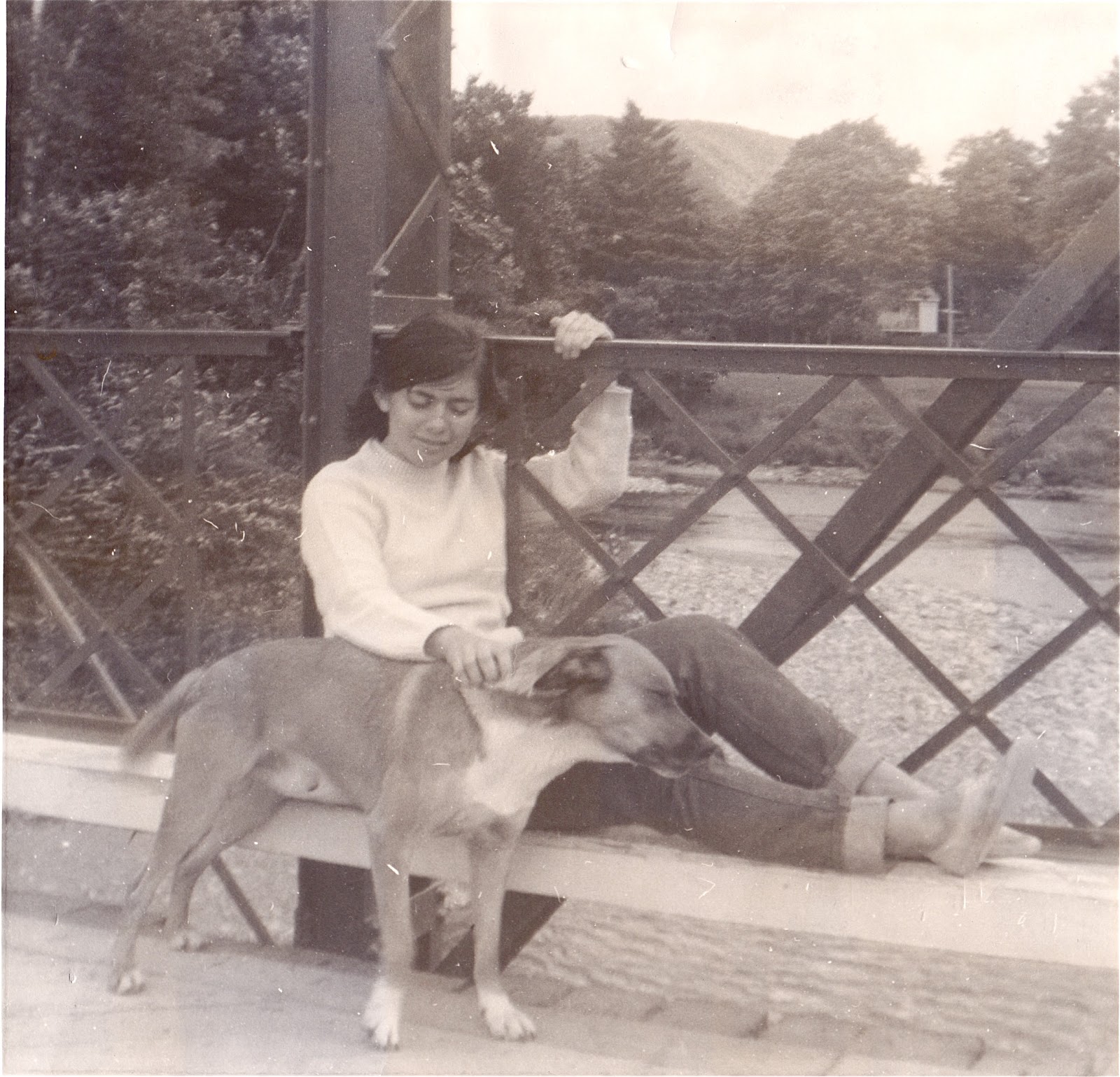 Girl from the North Country
with Rip
Portree, Margaree Valley, 1969