I have suffered from vegetable trauma all my life.
I know.
You are supposed to eat vegetables multiple times a day
for your health and well-being.
But for me it is a struggle every single day.

At lease one vegetable in this first photo
can make me run screaming from the room in horror. 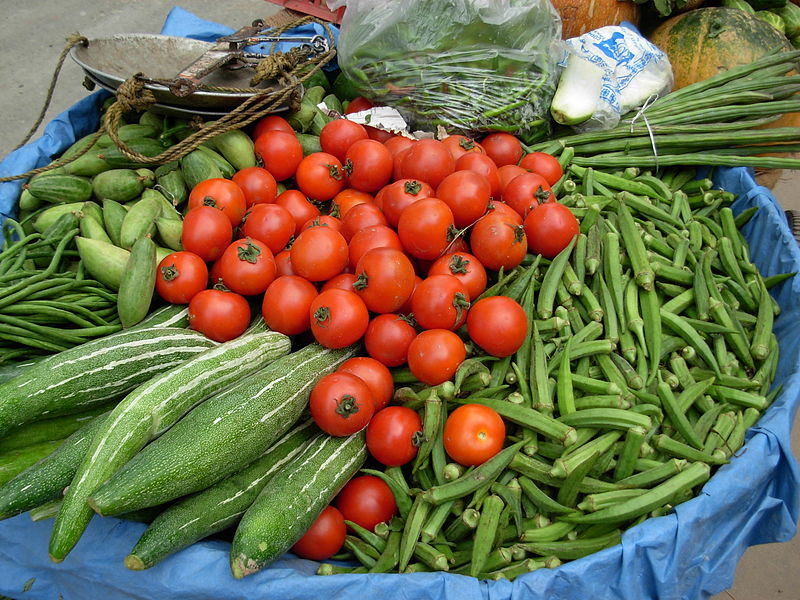 An Array of Vegetables
http://commons.wikimedia.org/wiki/File:Vegetables_0006.JPG

I've been thinking back over my life with vegetables
because there has been one ugly scary vegetable
lurking in my vegetable bin for the last two or three weeks.

Every time I have opened the fridge in recent days
that ugly scary vegetable has spoken to me.
That USV has become every bit as obnoxious
as the copy of Cloud Atlas
my niece Heather sent to me some Christmases ago.

The USV does not like languishing in my vegetable bin
and more than Cloud Atlas had in my nightstand.

So, I have been probing my earliest vegetable memories
in an effort to understand my aversion
to this healthy food group.

My mother started it with turnips. 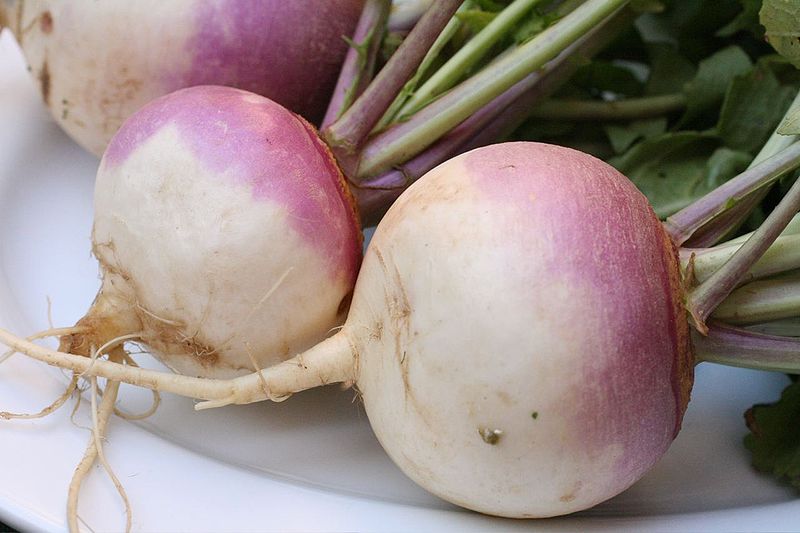 Now, I'm not sure what has happened with turnips
in recent decades,
because most vegetables and fruits have metastasized;
but turnips have shrunk.
When I was a kidlet in Charlottetown,
Prince Edward Island (PEI),
baby turnips were the size of candlepin bowling balls.

My mother would boil those bowling balls up,
mash them with butter and pepper
and plop a pile on my plate. 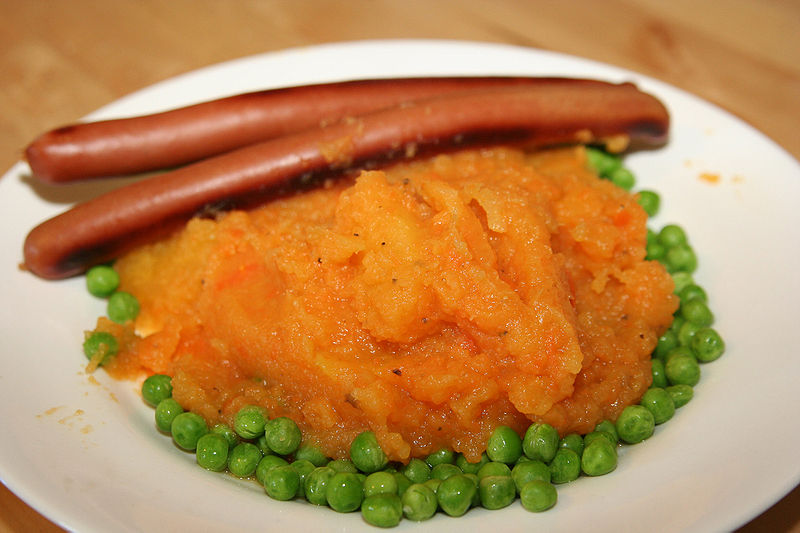 Nana (Dad's mother) lived in the apartment next door.
She thought parsnips were particularly important
for the development of strong bodies.

Imagine that thing roasted and placed on your plate.
Hint:  Aside from a wretched taste, it was stringy.

For several summers I was shipped off to Morell, PEI,
to stay with Nana's sister, my Great Aunt Maude,
Mom being quite ill for a number of years.
Aunt Maude's thing was beet greens.
They were full of iron, and iron was essential to growing bodies. 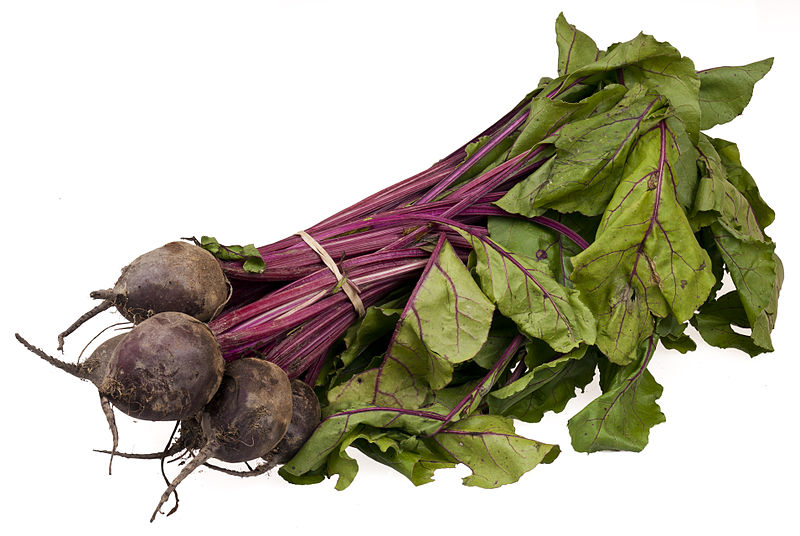 Aunt Maude would boil those beet greens up
and drop them on my plate with vinegar and butter.
Those red veins were so full of iron
that they would scratch going down my throat.
Sometimes they would get hung up.

Some summers it was off to Smith's Cove, Nova Scotia,
to stay with Grammie, Mom's mom.
Just last night I was reading about a favorite of hers.

I am currently studying Paul Malmont's
brilliant pulp fiction novel,
The Chinatown Death Cloud Peril,
because I am going to review it in a blog post.
Without revealing something critical,
I think I can say that at one point
the requisite dame in distress was being attacked
by a slavering monster, and I quote:

She tumbled back under the force of its weight
and landed heavily on her back.  The impact knocked
the wind out of her and she began to struggle, desperate
to get the creature off her so she could catch her breath.
She clawed at its face with her fingernails and it
pushed away from her in pain.  The texture of its
face reminded her of the yellow wax beans she had
prepared as a little girl.
(Malmont, Paul, The Chinatown Death Cloud Peril, Simon & Schuster, New York, 2006, p. 262.) 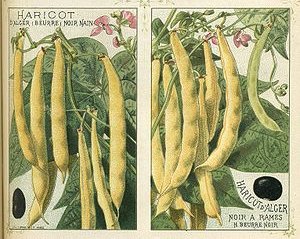 I swear Paul Malmont was channeling me
when he wrote that,
because I used to sit on Grammie's back steps
preparing yellow wax beans.

I would snip off the pointy end,
carefully detach the cap at the opposite end,
and gently pull the string from the back of the pod.
If I didn't do a good job with each one,
someone would be eating a nasty string,
in addition to pale yellow, waxy pods
with hard little gray-green beans inside.

Do you know how many yellow wax beans you have to
de-string for a family to eat at supper?
A lot.
And then you have to eat them.

If that wasn't enough trauma,
sometimes I would stay with Great Grammie down the road.
One of this venerable lady's
claims to fame was home remedies for what ailed you.
She was well-versed in medicinal teas, healing soups,
and such delights as mackerel poultices for your chest.
And if you had a cough, well,
there was boiled onions in a sugar water syrup. 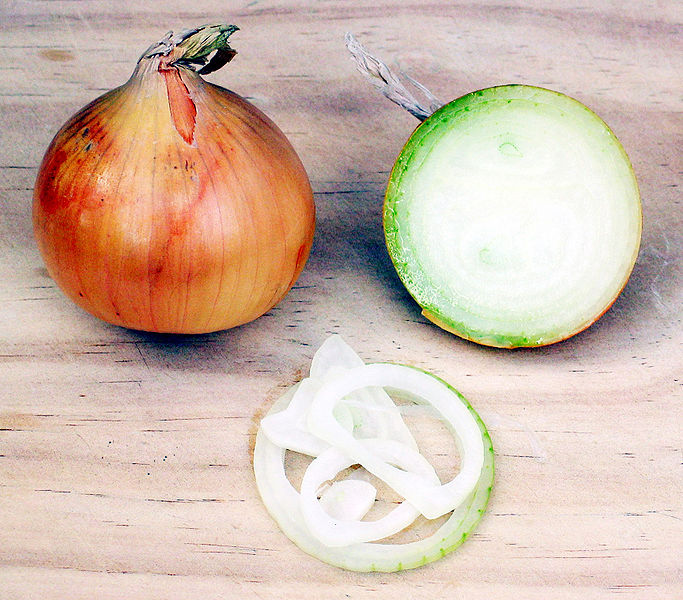 I coughed a lot.

Decades later I discovered that
I have had chronic asthma much of my life.

I can remember sitting in GG's parlor
(not the front parlor - that was for special guests)
playing Chinese checkers
or working a jigsaw puzzle with her
and praying not to cough.

Now, boiled onions in a sugar water syrup
were bad enough when the concoction was warm.
Imagine waking up in the night,
coughing desperately into your pillow,
and hearing GG call out,
"Take your medicine, Weesie!"

I would dutifully spoon
the congealed cold mess
of onion rings and crystallized sugar
into my mouth and swallow;
she would check in the morning.

She could hear me coughing into my pillow,
downstairs,
on the opposite side of her house,
behind her closed bedroom door,
when she was asleep.
And my parents called me Big Ears!

And then there was Dad,
who did NOT cook.

When Mom went into the hospital
in Middleton, Nova Scotia,
to have Bertie,
Donnie and Barbie were shipped off
to Charlottetown, PEI,
presumably to deal with parsnips,
while Roy and I remained in Margarettesville
to deal with more than a week of Dad's culinary efforts.

Every night that Mom and Bertie were in the hospital,
long before the days of drive-thru baby deliveries,
Dad served up fried eggs
with canned spinach floating in vinegar. 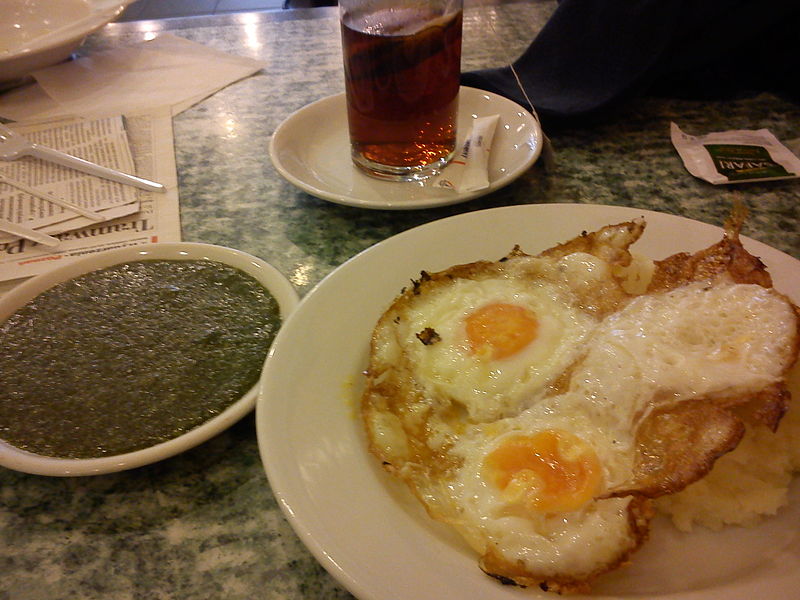 Imagine this on the same plate swimming in vinegar.

And in the North!
Consider canned peas, canned carrots, or
canned cream style corn
of questionable age,
stored in a warehouse in Nakina, Ontario,
then dragged for weeks or months
by tractor train
across frozen lakes and muskeg
to the Hudson Bay Post in Lansdowne House
there to languish until they landed
under the counter in our kitchen. 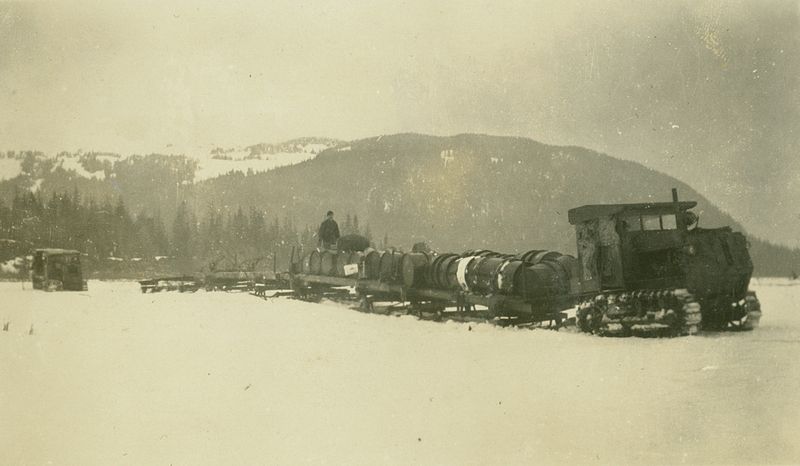 Cat Train in Alaska
This is the Closest Image to the Reality I Could Find.
http://commons.wikimedia.org/wiki/File:Fuel_hauling_1923_cgs00362.jpg

Says Mom,  "Weeser,
did you check to make sure
the cans weren't bulging
before you put the vegetables on to cook?"
They were the perfect foil for the powdered mashed potatoes.

Now, I haven't even touched on the joys of
squash, broccoli, brussel sprouts, and mushrooms.
In the interest of brevity,
I shall mention only one more trauma-inducing vegetable.

Check out this photograph.
Maritimers eat something in this picture! 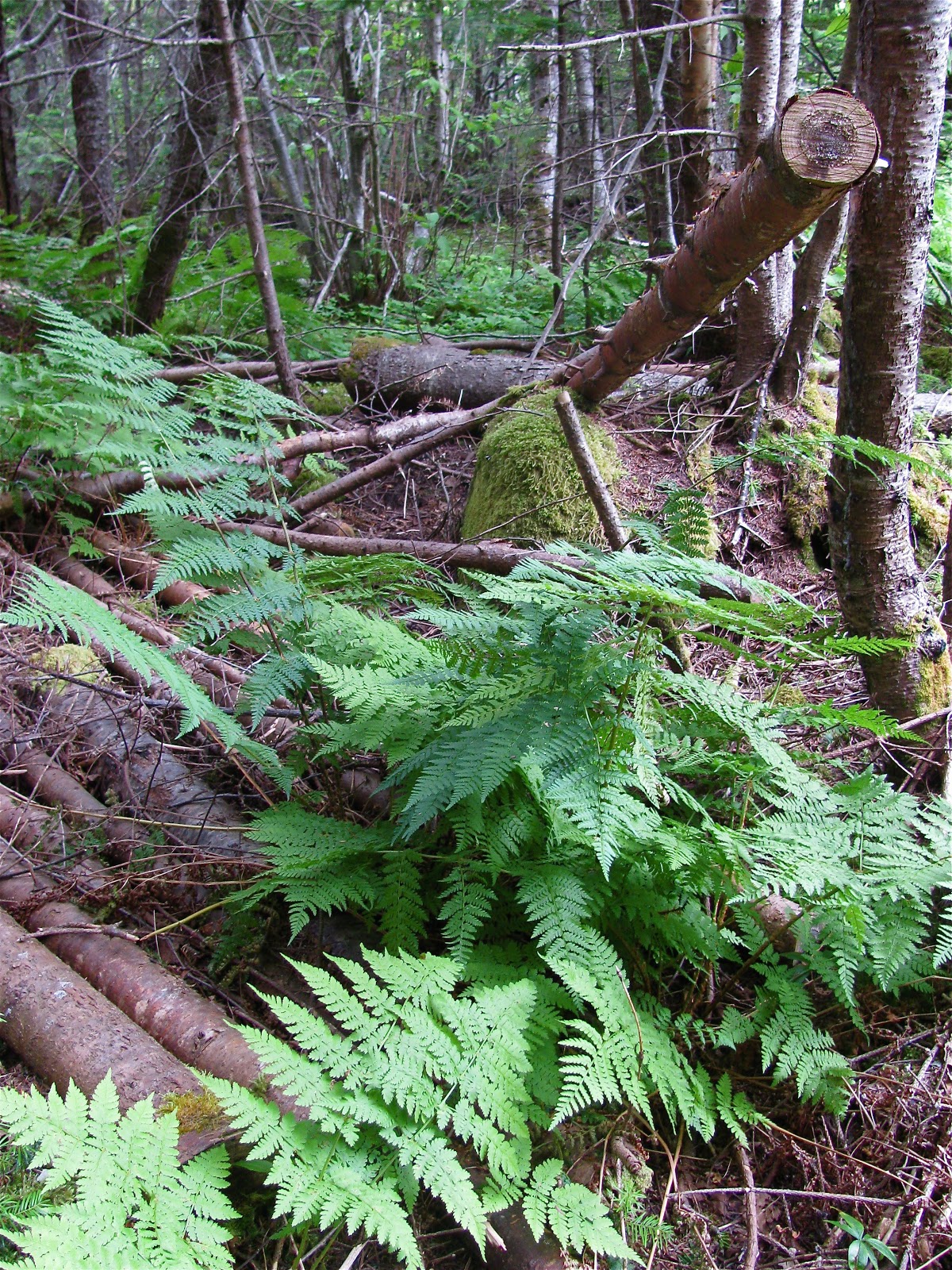 Roll those puppies up into tight curls
just popping out of the ground,
and you've got fiddleheads!


OMG, Maritimers love these so much,
they've erected statues to them! 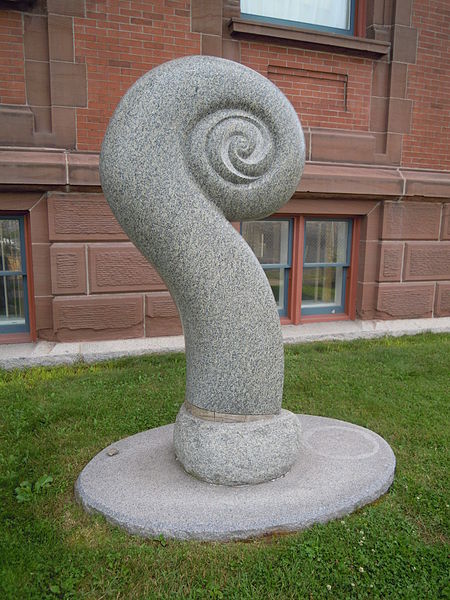 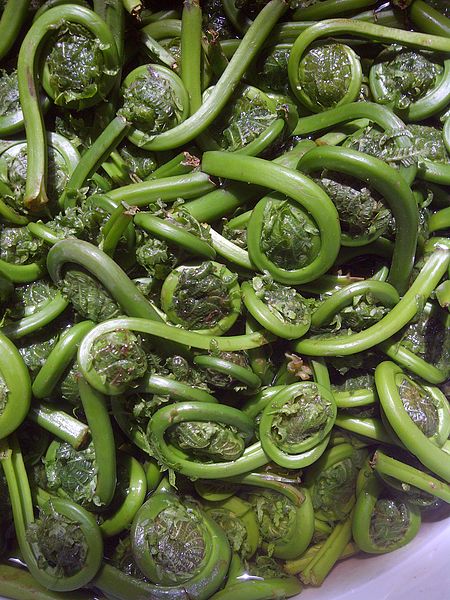 I kid you not.

So, now I've laid the context for
that ugly scary vegetable
that has lurked in my vegetable bin for weeks.