Last weekend Colorado got a taste of winter coming with raw winds and spitting snow.
Not the best day for a walk outdoors,
but when you're walking to St. Anthony, Newfoundland, and there is not gym in sight,
you simply have to bundle up and get out the door.
Fortunately, outdoors was in Central City, a famous mining town founded in 1859
during the gold rush fever that brought prospectors flooding into Colorado.

The first significant amount of gold discovered in Colorado
was placer gold found in 1858
near the mouth of Little Dry Creek close to modern day Denver.
Before long prospectors were working their way up the the streams
draining the mountains to the west of the plains.
They washed the sand and gravel in the stream beds
looking for gold and tracing its source upstream.

In 1859 John H. Gregory found the first rich gold deposit
in hard rock in Gregory Gulch between Central City and Black Hawk.
Thousands of prospectors flooded what was then called Mountain City.

This area quickly became known as the richest square mile on earth.
By 1861 Central City was the largest city in the Territory of Colorado.
In the early 1900s gold mining declined rapidly as the veins were mined out.
By the 1950s the populations in Central City and Black Hawk had shrunk to a few hundred.

In 1961 Central City and Black Hawk were designated as a National Historic Landmark District.

But in 1990 it was again discovered that Thar's Gold in Them Thar Hills!
In the name of Historic Preservation,
a statewide referendum permitted legalized gambling
in three historic gold-mining cities in Colorado:  Central City, Black Hawk, and Cripple Creek.
The rush was on! 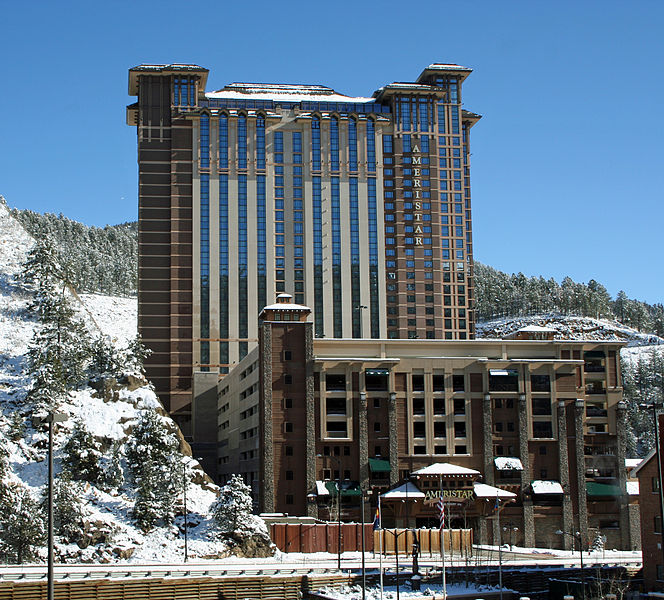 One might argue that not a lot of historic preservation has happened
as a result of legalized gambling, but the towns revitalized.
Much of historic Black Hawk has disappeared,
but you and I can still walk the streets of Central City and imagine what was. 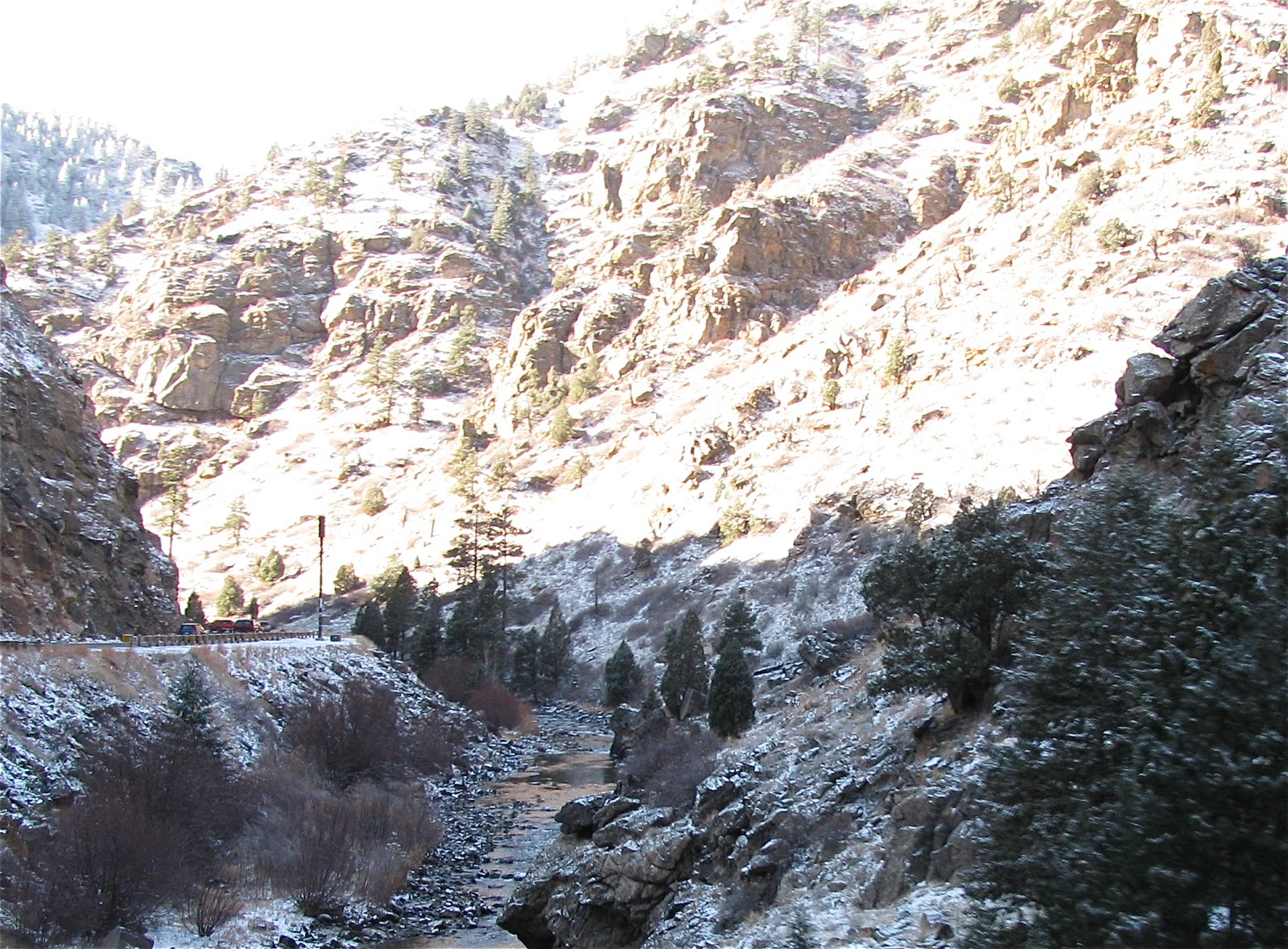 Clear Creek along the road to Black Hawk and Central City
(Shot From a Speeding Car!)

So early last Sunday morning Terry and I tossed overnight bags in the car
and followed the route of the prospectors of old up Clear Creek Canyon to Central City,
looking for our own pots of gold! 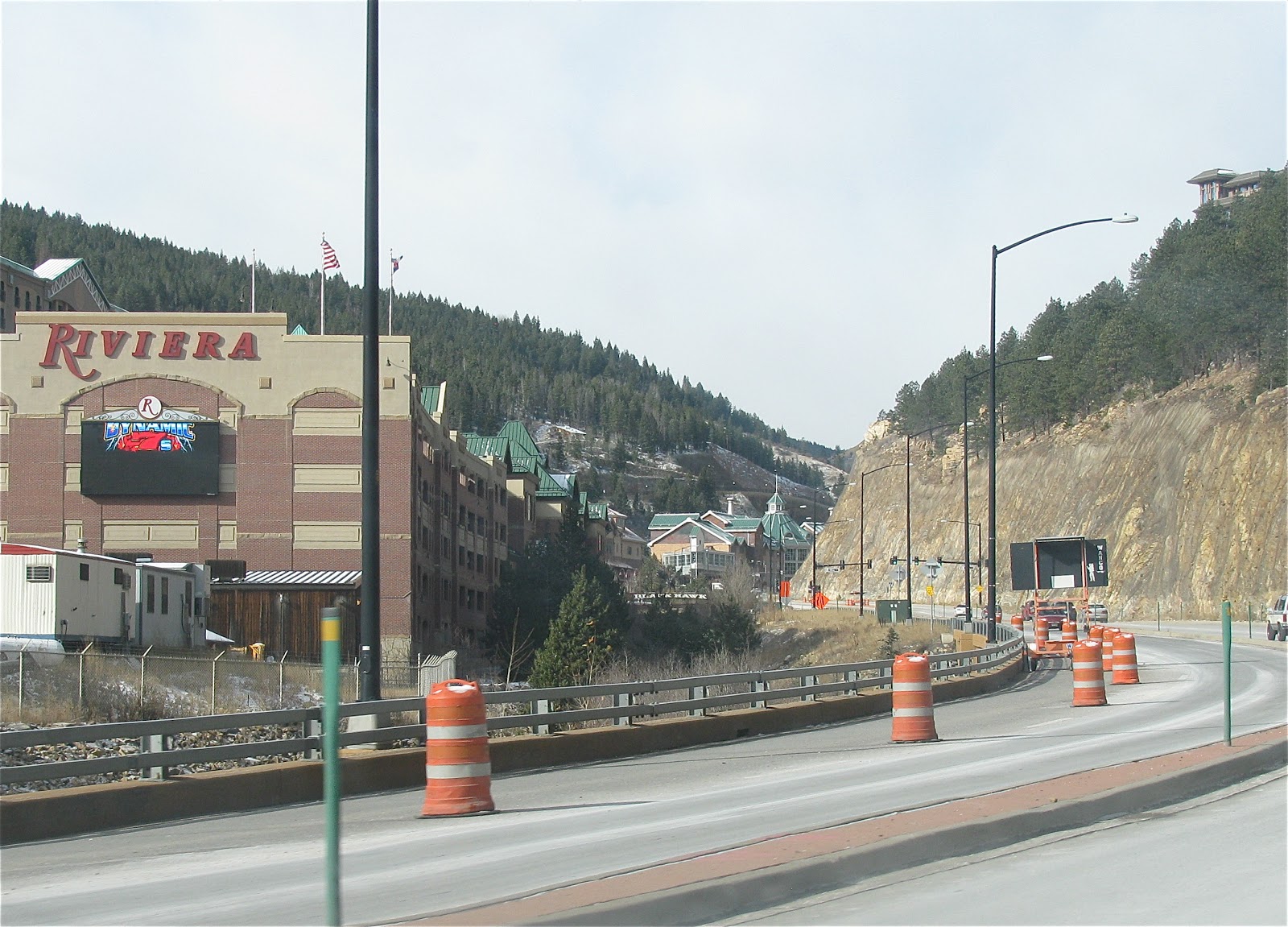 Welcome to the Modern Black Hawk!
Wait 100 Years and This Too Will Be Historic! 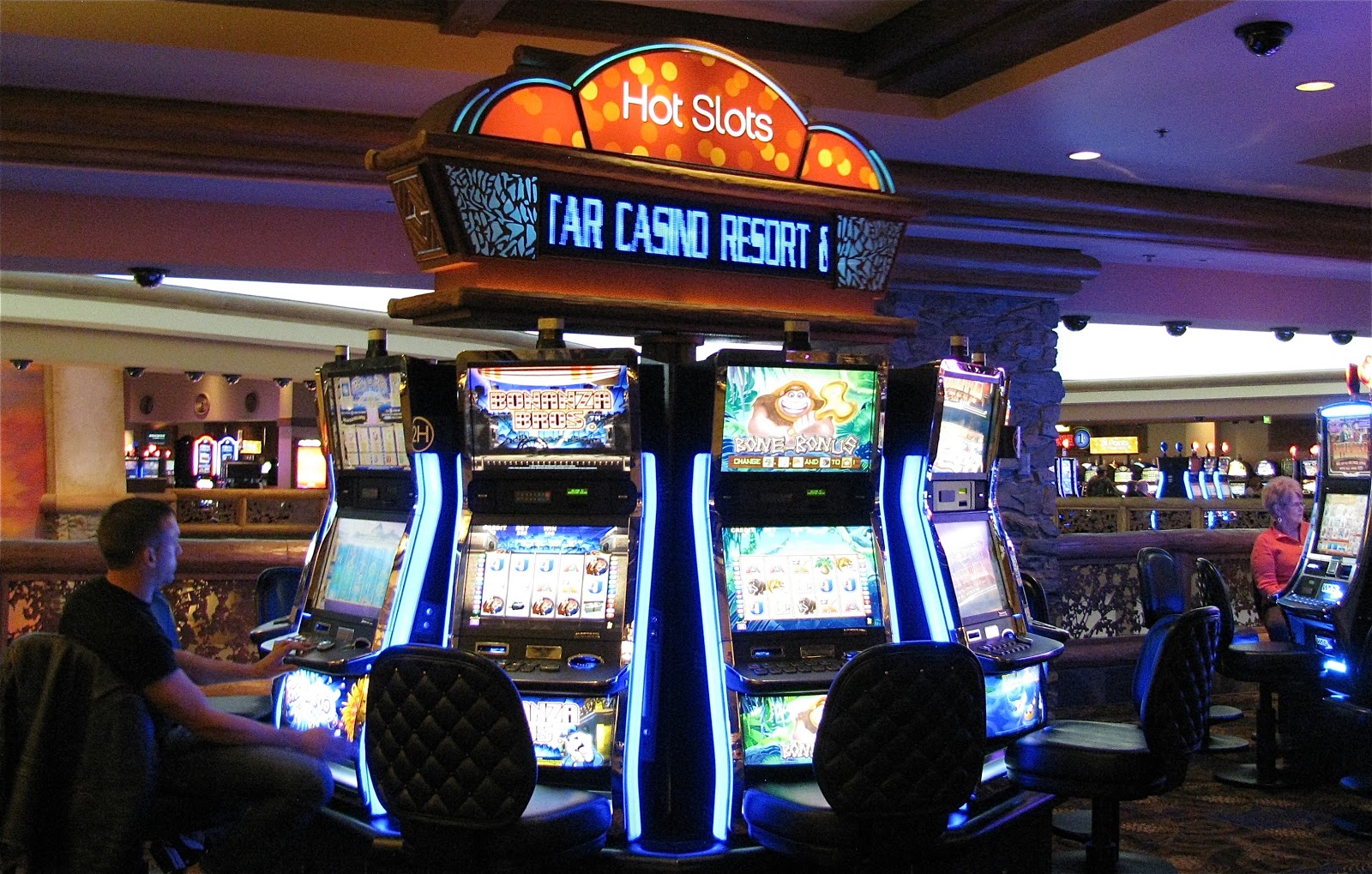 The Ameristar is where we usually stay when we go to Black Hawk and Central City.
It has great rooms and a wonderful spa.
This time we only stopped for brunch at the Star Club. 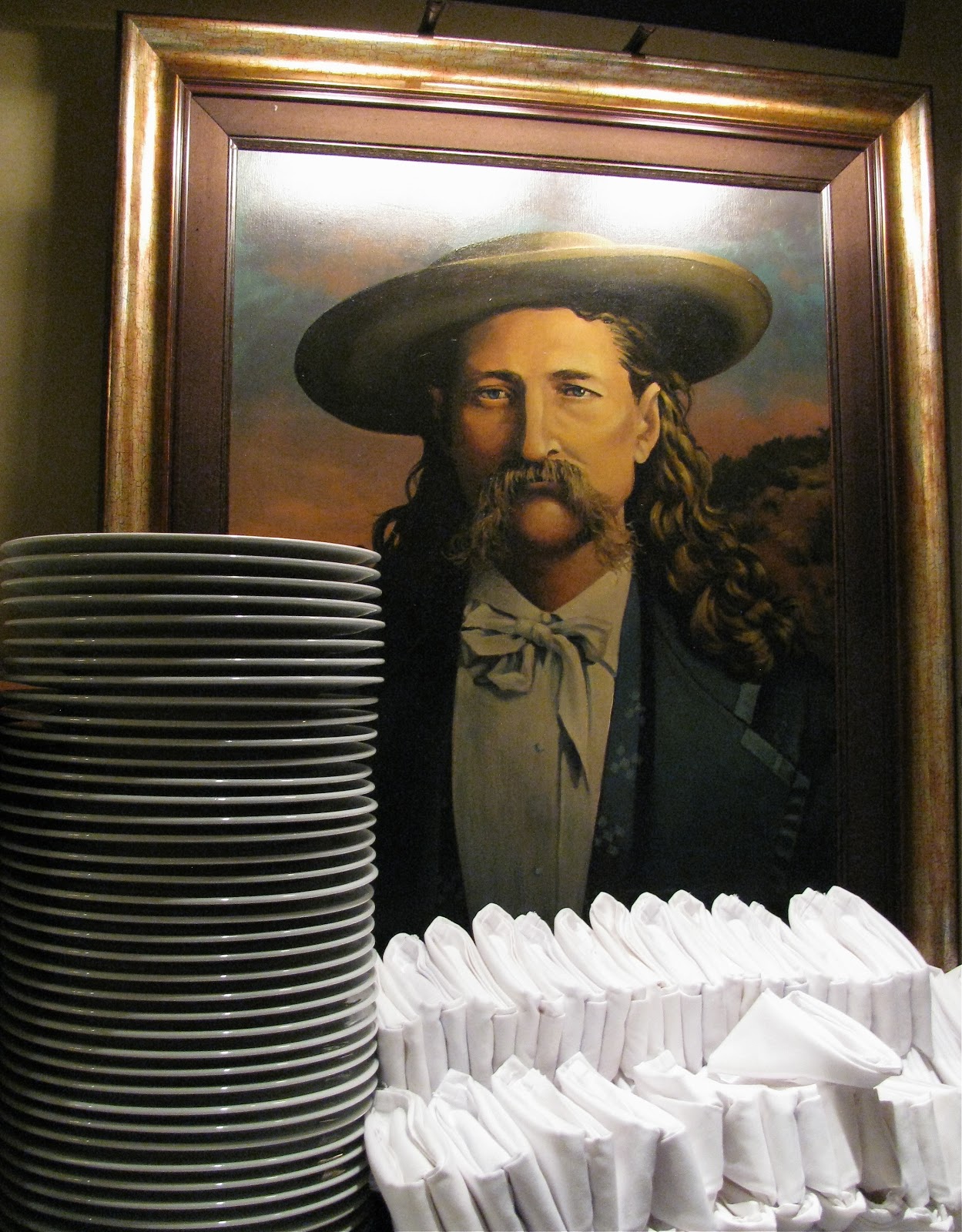 The Star Club has an interesting set of paintings about the old west,
including this portrait of Buffalo Bill, one of the colorful figures in America's past.
Cody was an American soldier and buffalo hunter who became world famous
for his Wild West Shows featuring cowboys and Indians.
He died in Denver in 1917 and is buried on Lookout Mountain in Golden, Colorado.
I can't help but wonder what he would think
if he saw his portrait behind the stack of plates and napkins in the Star Club.

The artist's name is buried under napkins,
but I think s/he got some inspiration from this 1873 portrait of Buffalo Bill. 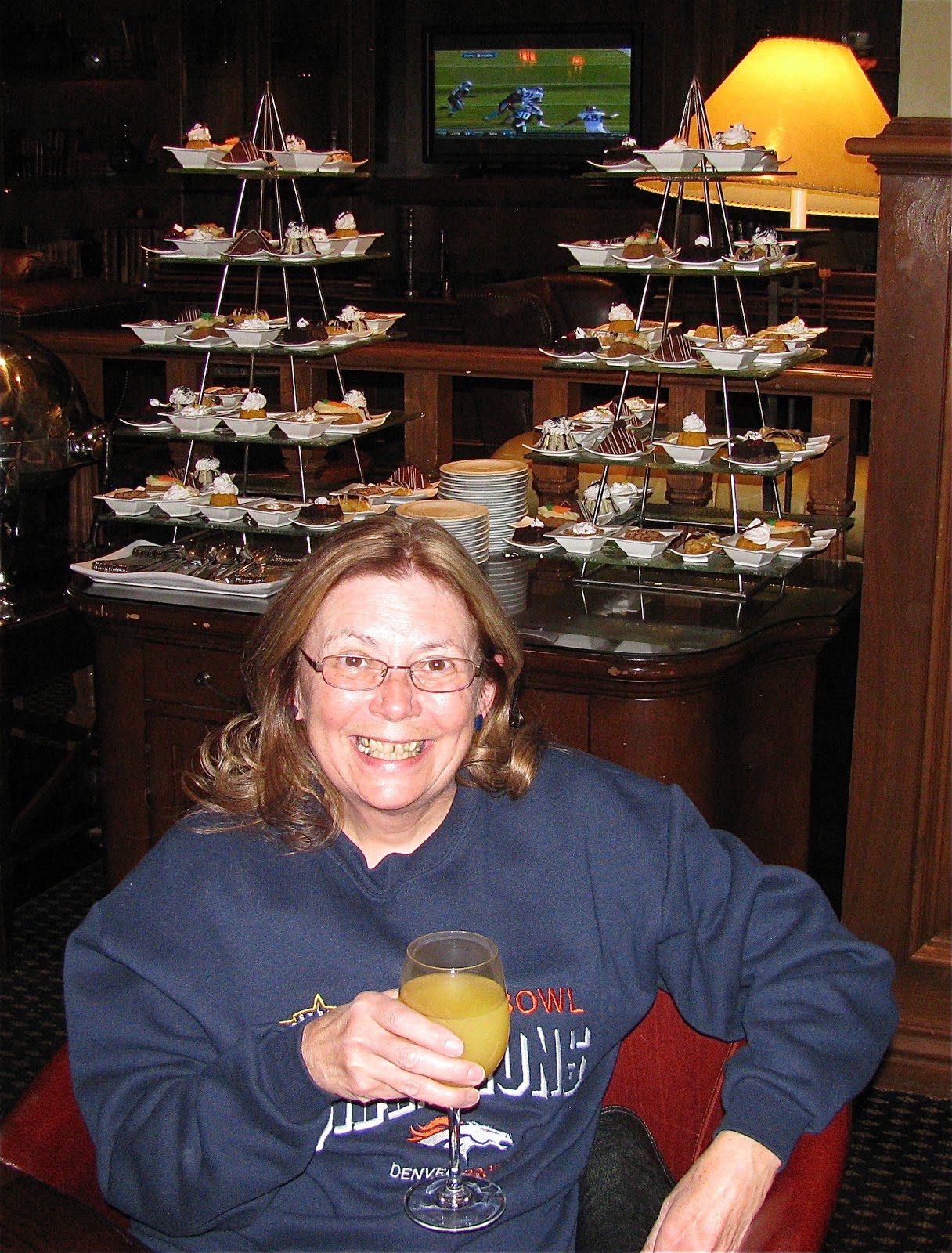 My favorite Star Club station is right behind me:  the desserts!
I may not be a fashionista, but I proudly wore my Bronco duds for the game.
The Broncos beat the Panthers 36 - 14, and I won in the football pool to boot! 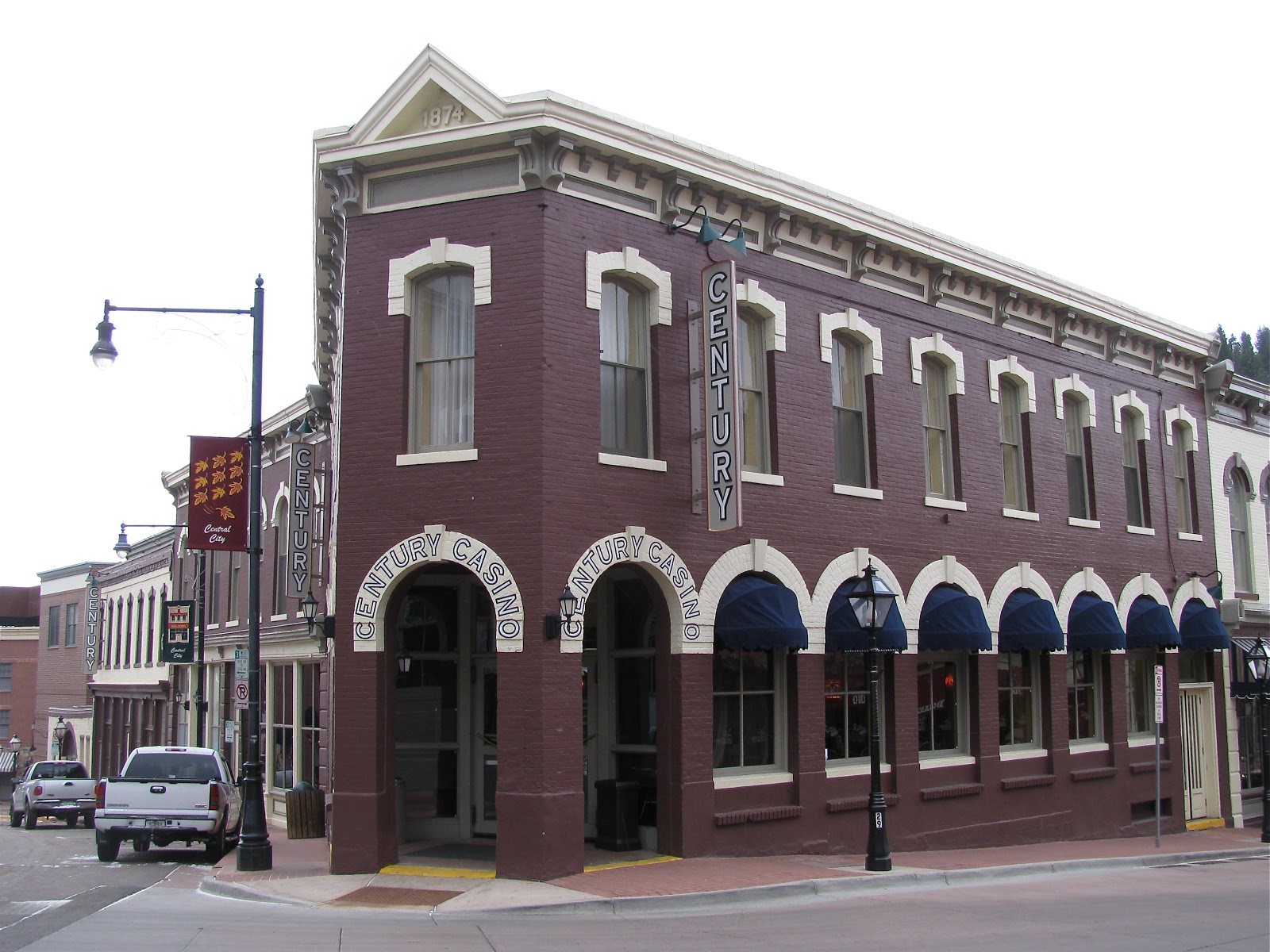 This time we stayed at the Century Casino
at the corner of Lawrence Street and Main Street in Central City. 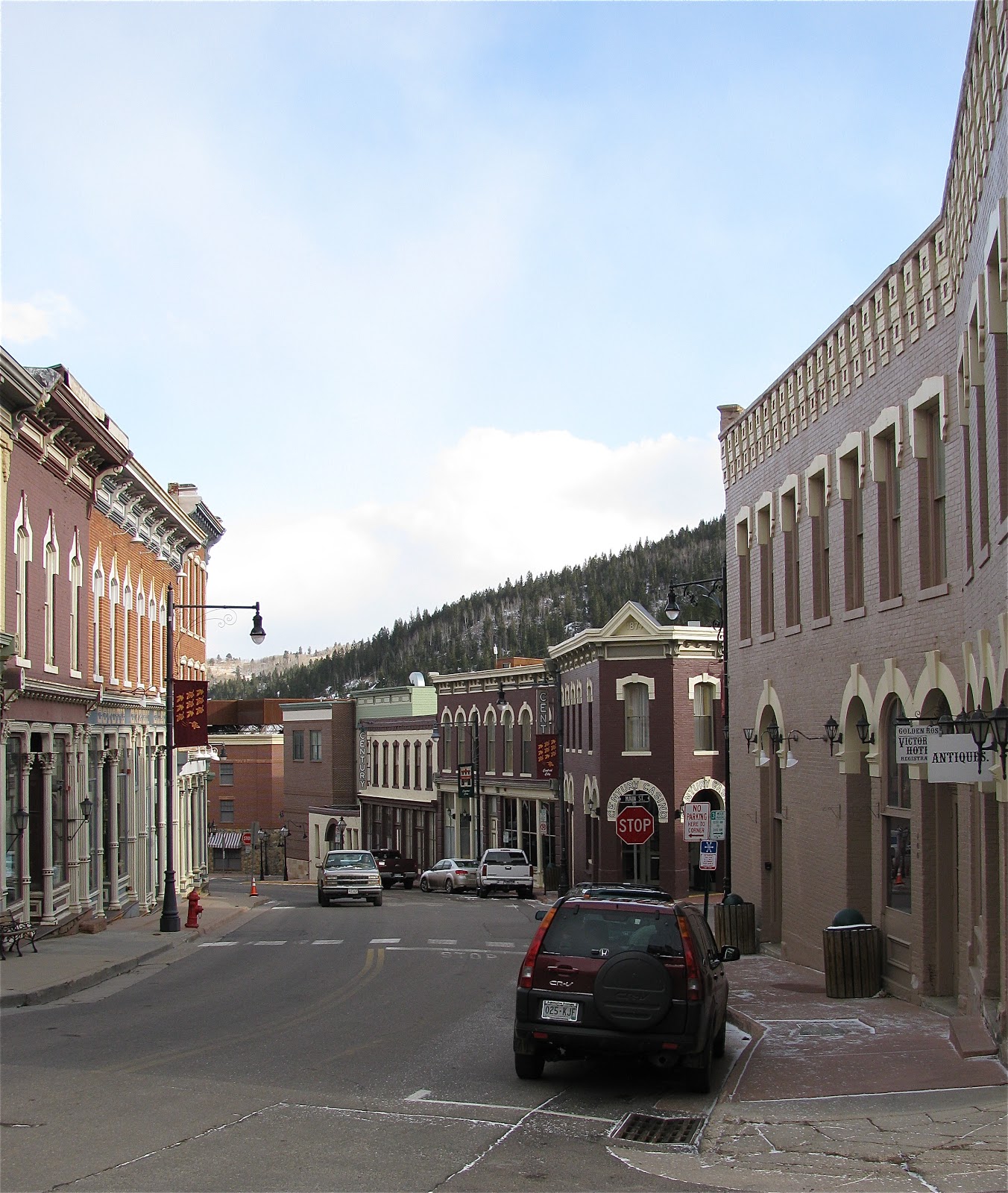 Looking Down Eureka Street Toward Century Casino
at the Corner of Lawrence and Main, Central City

It's fun to look at the old buildings and compare them with the buildings today.
Notice the white outlined windows in the building at the top of Main Street.
You can see the same building in the previous photograph. 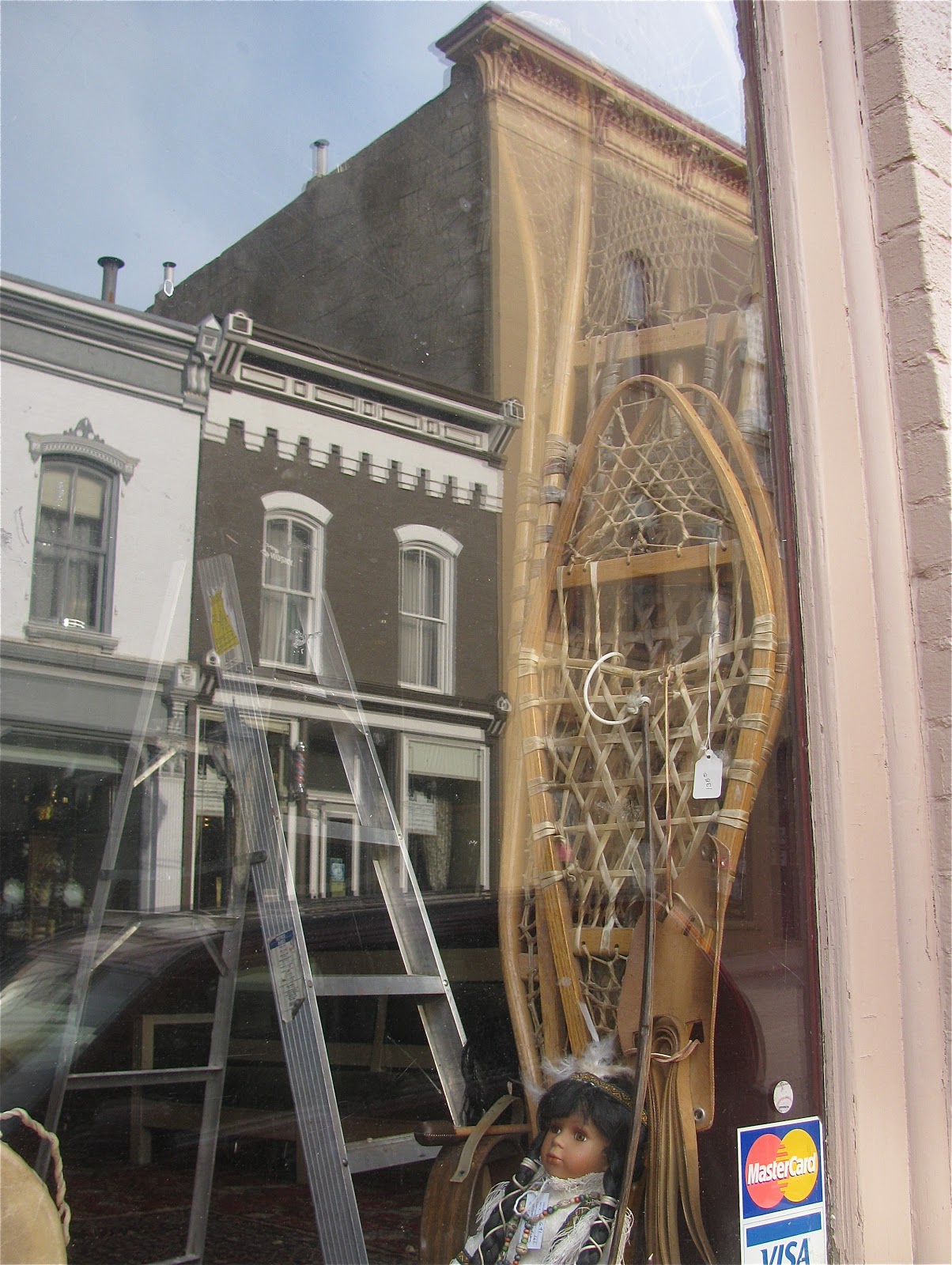 Historic Buildings on Eureka Street
Reflected in a Window 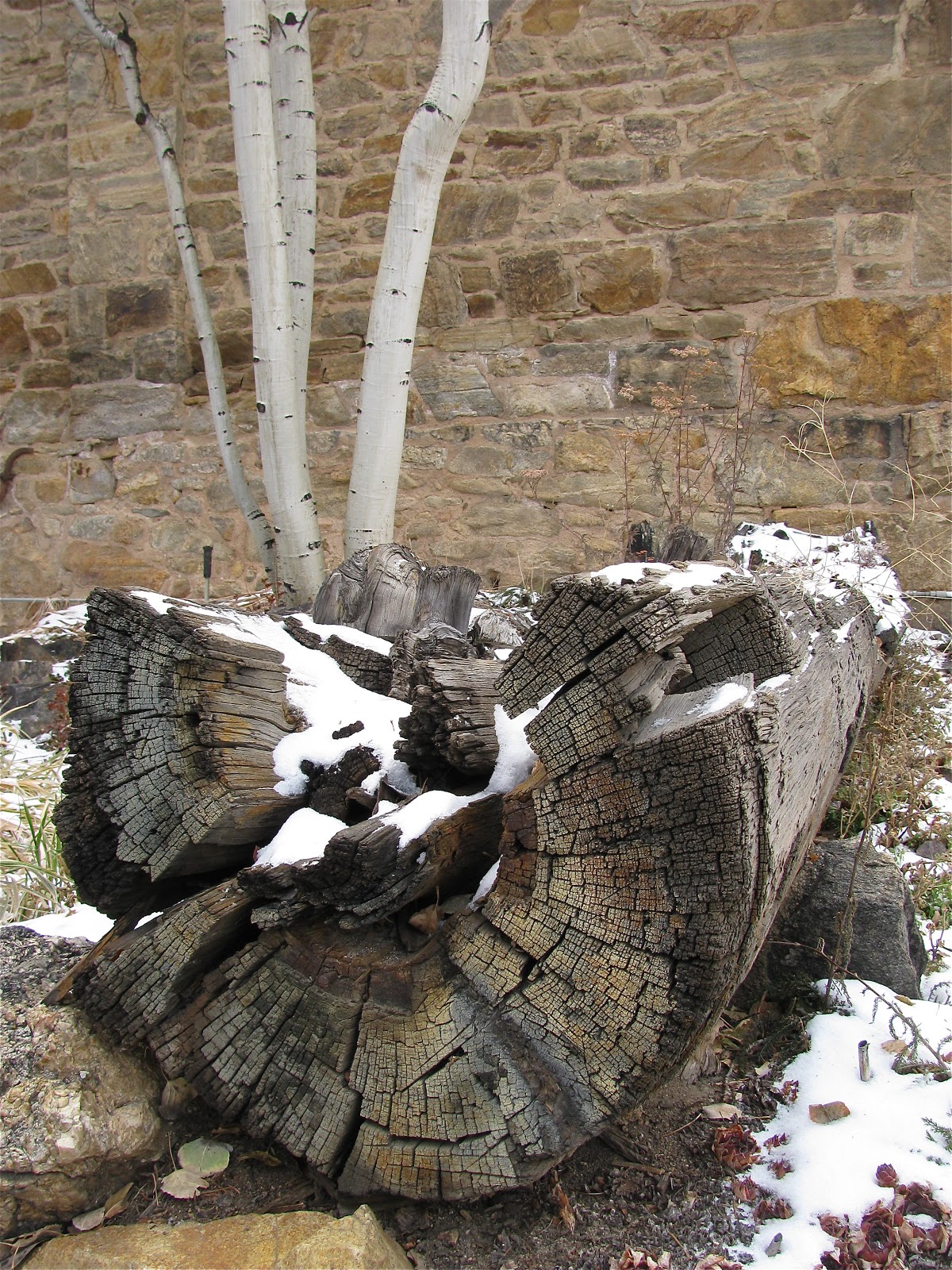 Even though it was freezing cold outside, I had to do my daily walk.
The fun thing about Central City is there are literally thousands of things to photograph,
like this beautiful log in the garden by the opera house. 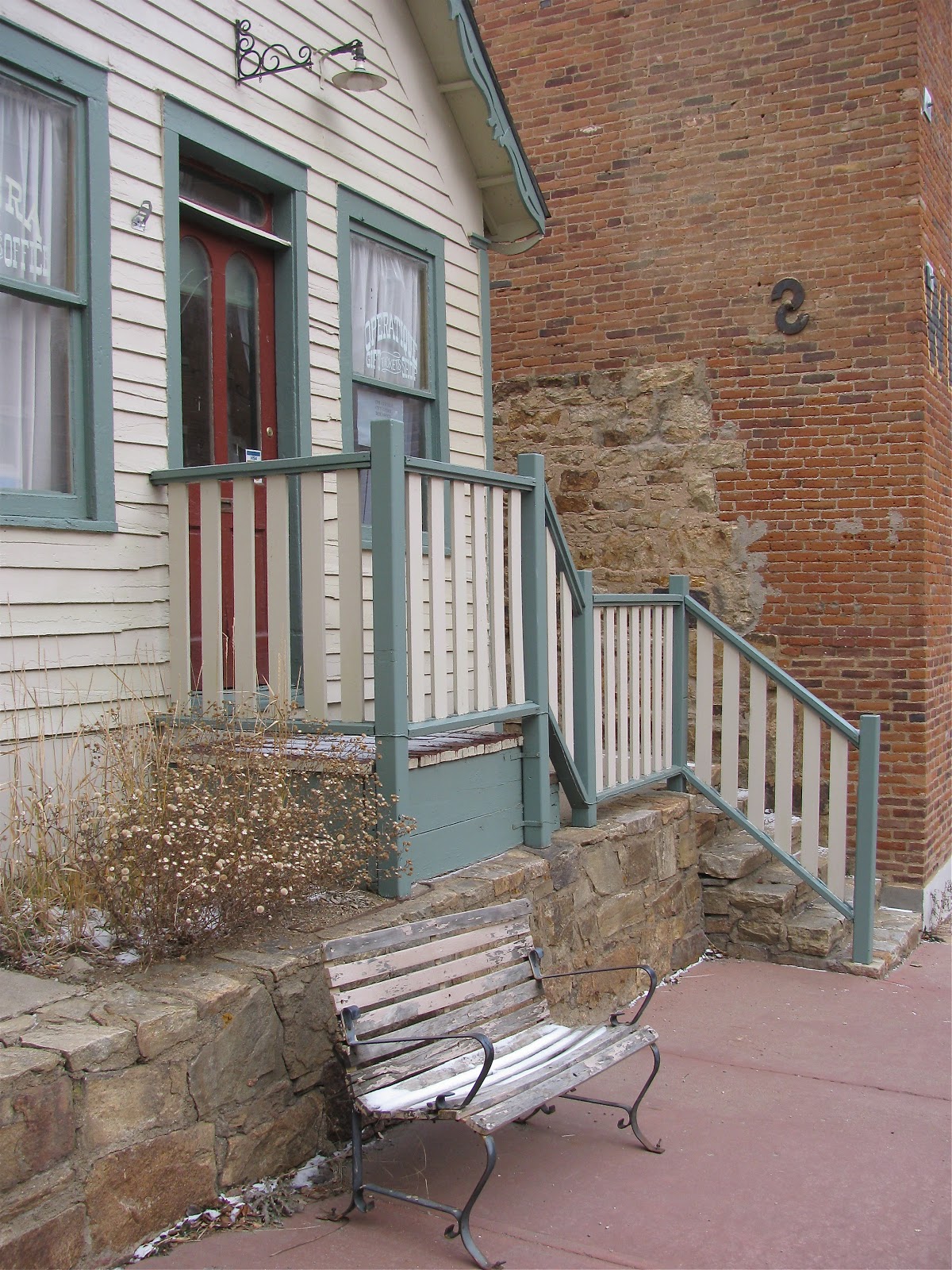 Central City is filled with many old homes lovingly preserved. 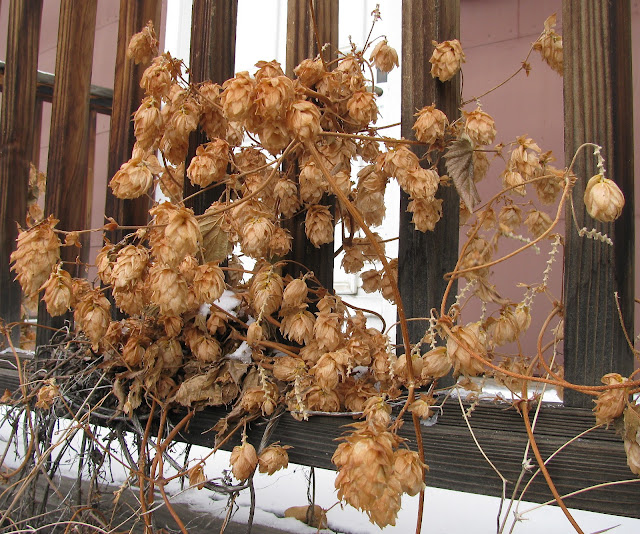 Dried Plant by a Doorstep, Eureka Street
Big and Small, Lots to Photograph!
Line and Texture 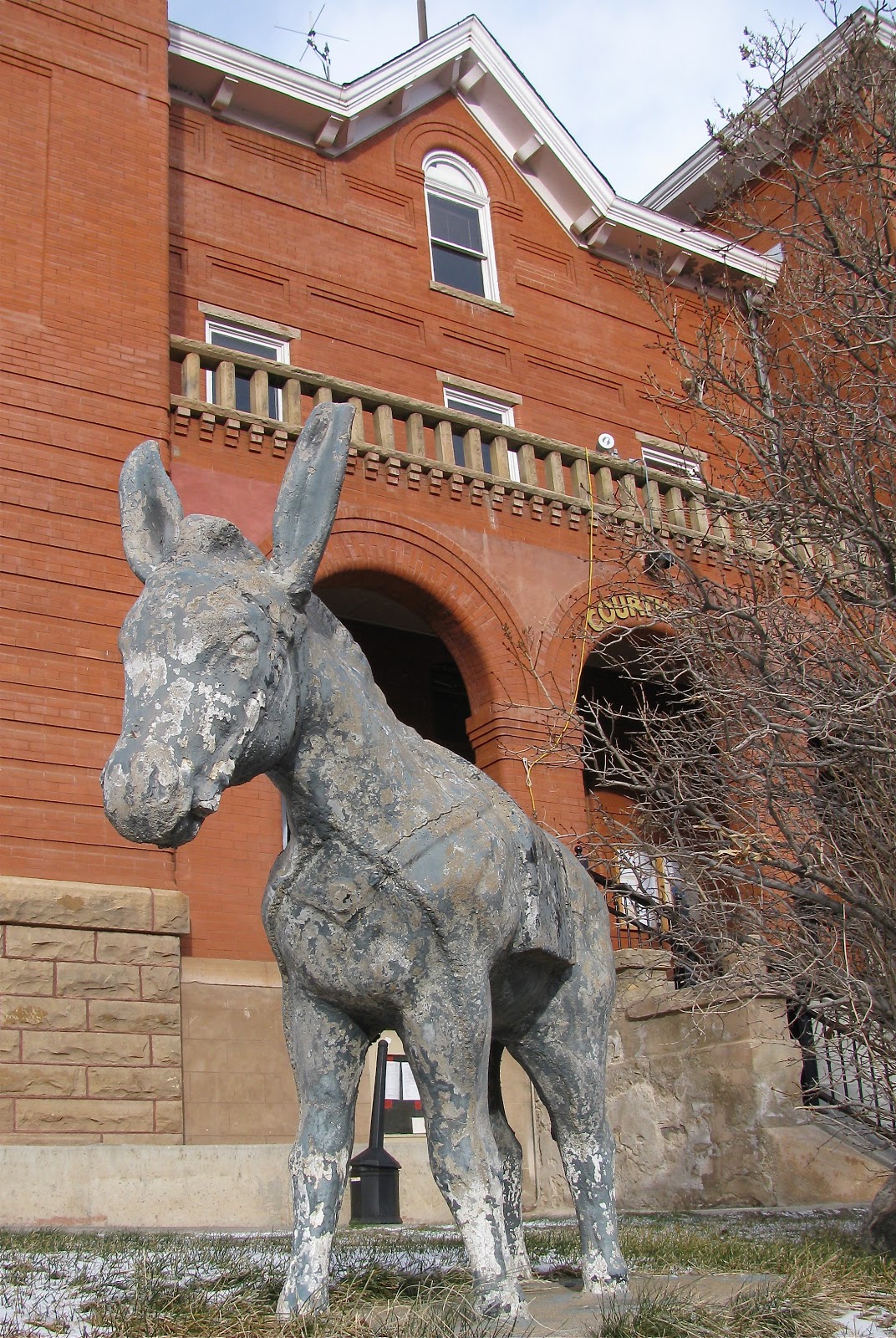 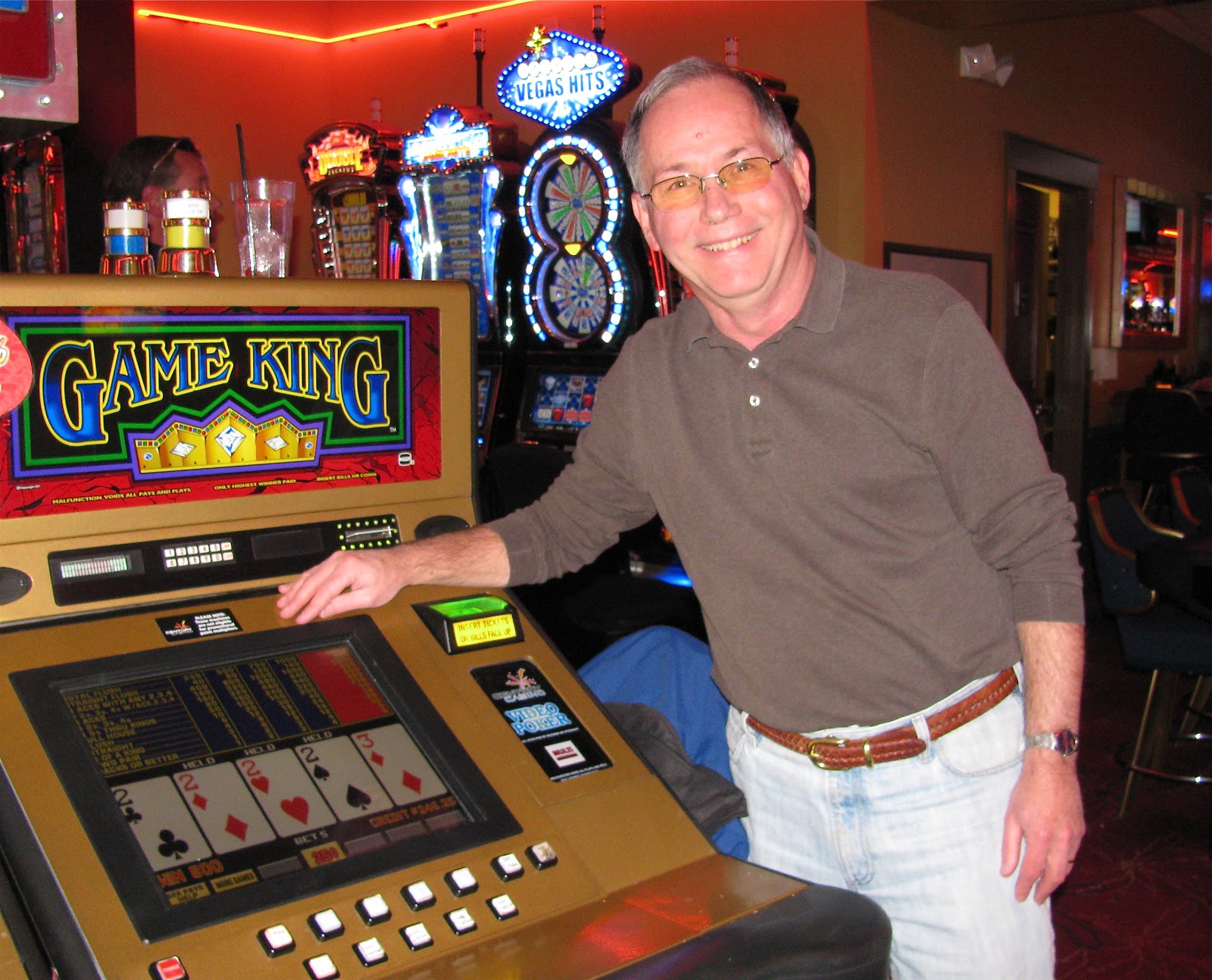 The Winner!
A Small but Fun Strike at the Century Casino!
(Four Deuces with a Kicker) 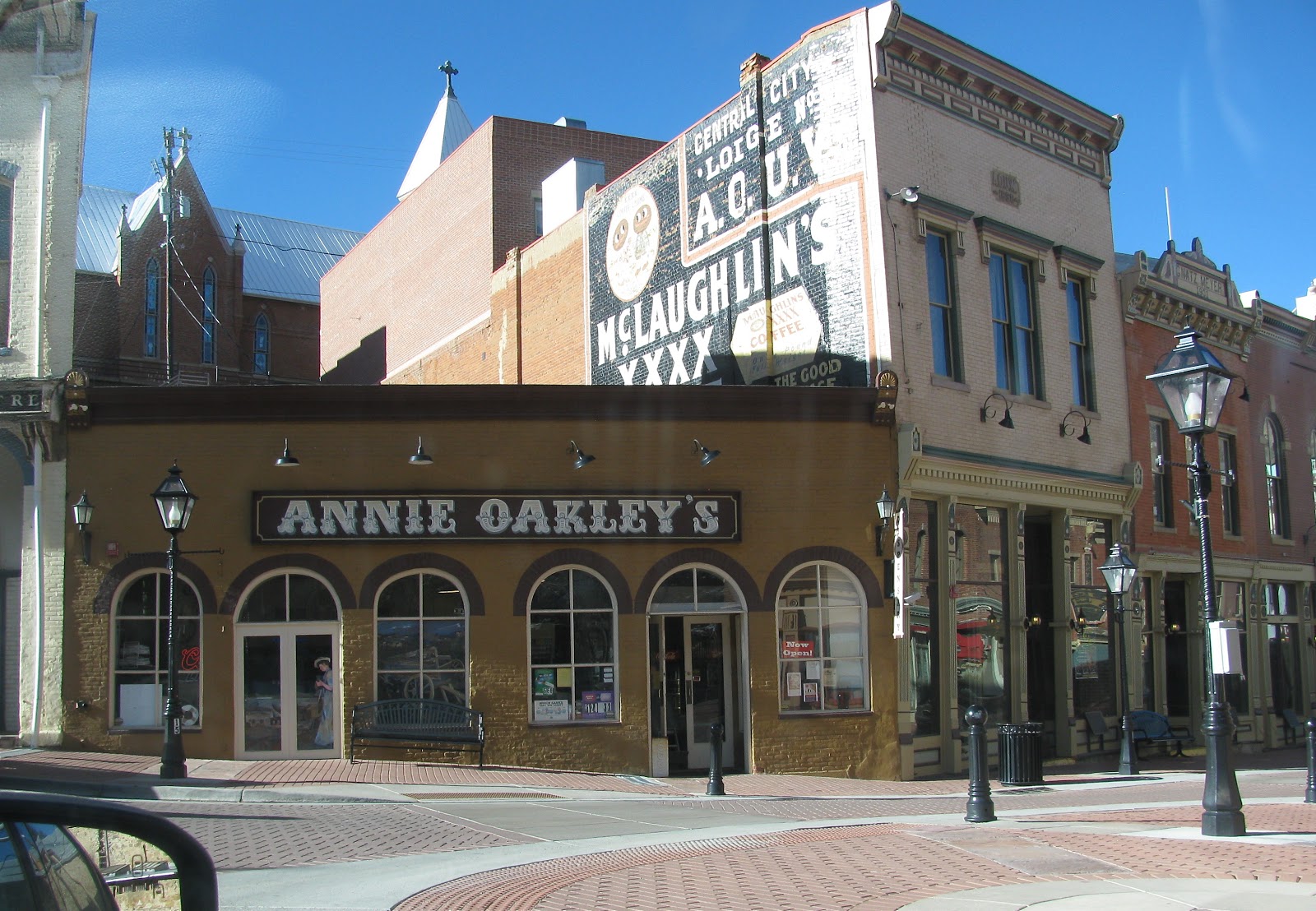 The sun came out and the sky was blue the next morning as we headed for home. 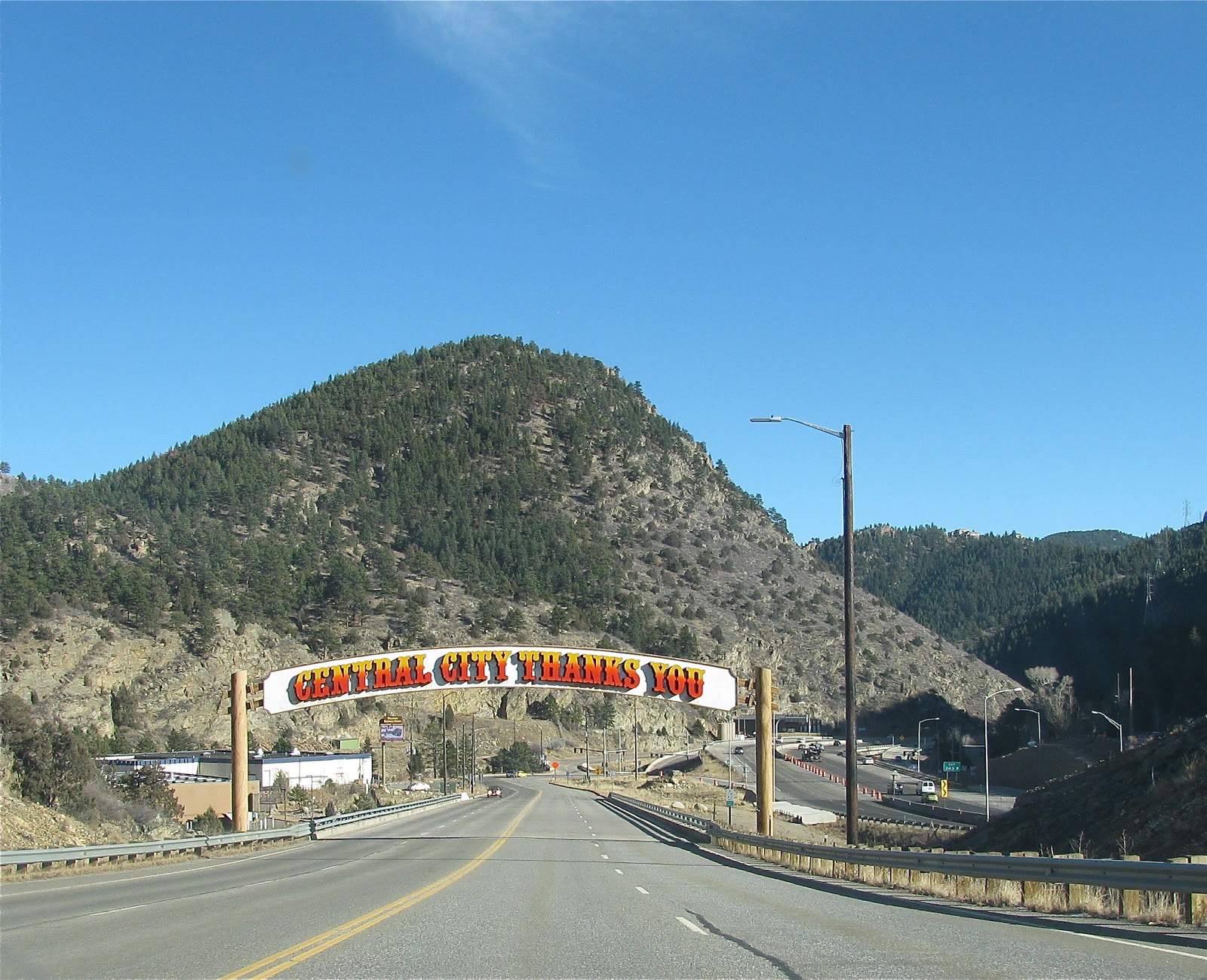 The Central City Parkway provides direct access to Central City from I-70.
It is a four lane highway 8.4 miles long,
with spectacular scenery and grades of as much as 8.5%

Until next time!
Posted by Fundy Blue at 3:12 PM