Iceberg Alley!
These words have gripped my imagination since I first heard them somewhere back in the mists of time.  I swore at an early age that one day I would go to Iceberg Alley, one of the best places in the world to see icebergs.
And I did!
In the summer of 2011.
Below is my first sighting of an Iceberg Alley iceberg! 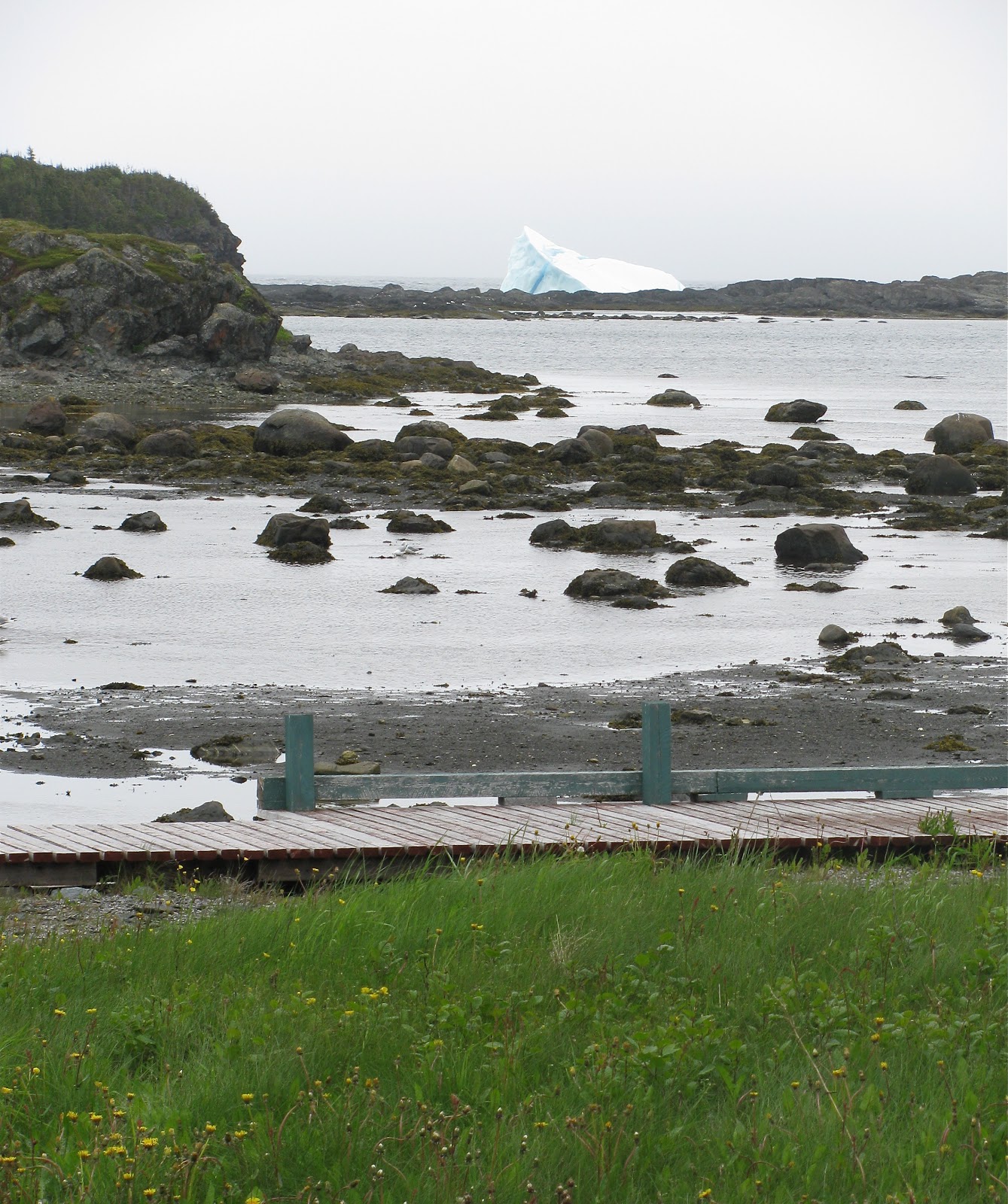 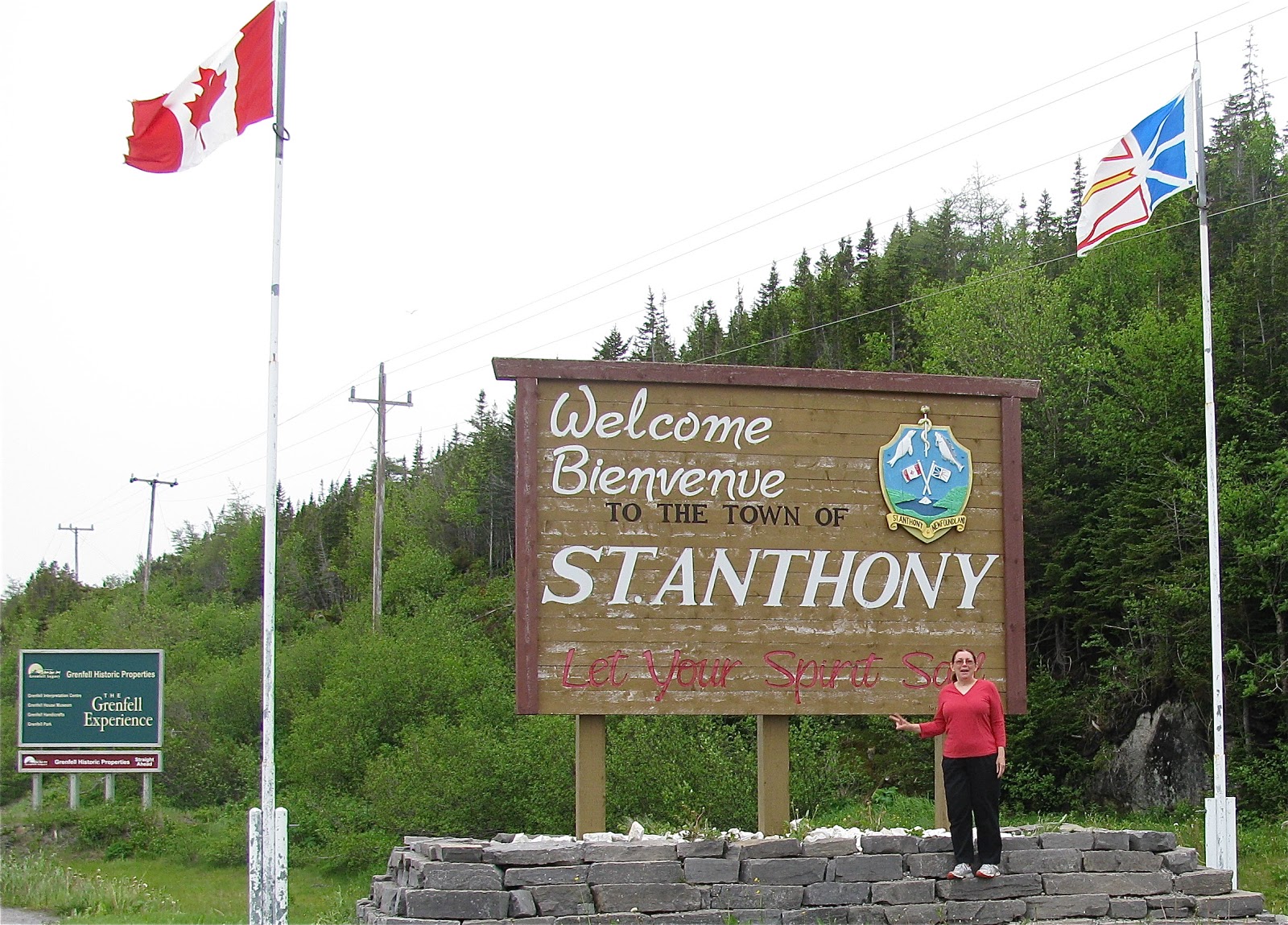 St. Anthony, synonymous with Iceberg Alley, is a town of 2,500 people located on the northern tip of the Great Northern Peninsula in the province of Newfoundland and Labrador, Canada.  Here I am standing on the doorstep of an early dream.  Jacques Cartier, a famous French explorer, is said to have named St. Anthony in 1534, although Breton fishermen fished the area long before Cartier arrived. 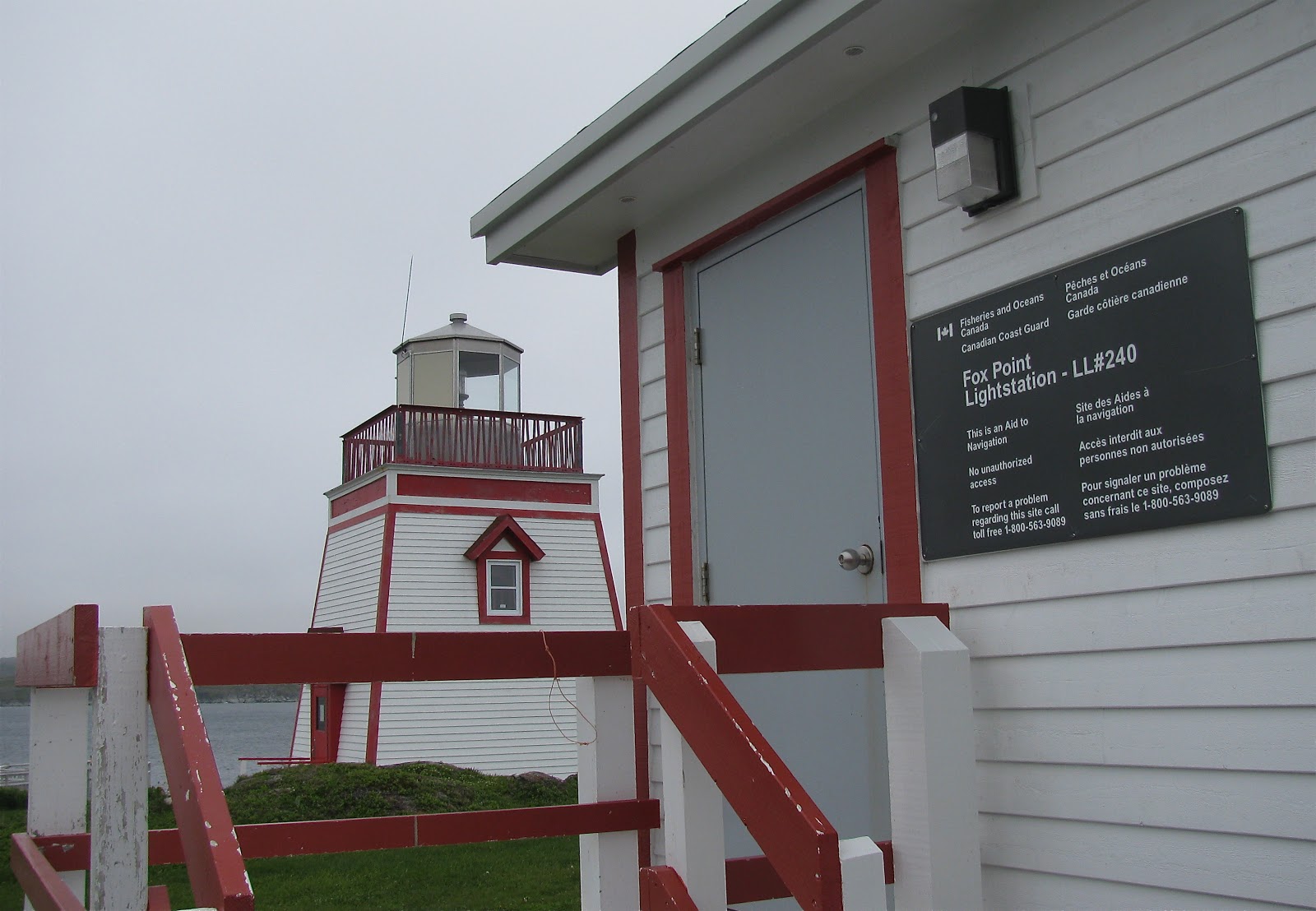 This is Fox Point Lighthouse at Fishing Point on the east side of the entrance to St. Anthony Harbour.  Modern lighthouse keepers no longer live at the station, although they maintain a small office, care for the lighthouse, and give tours to visitors. 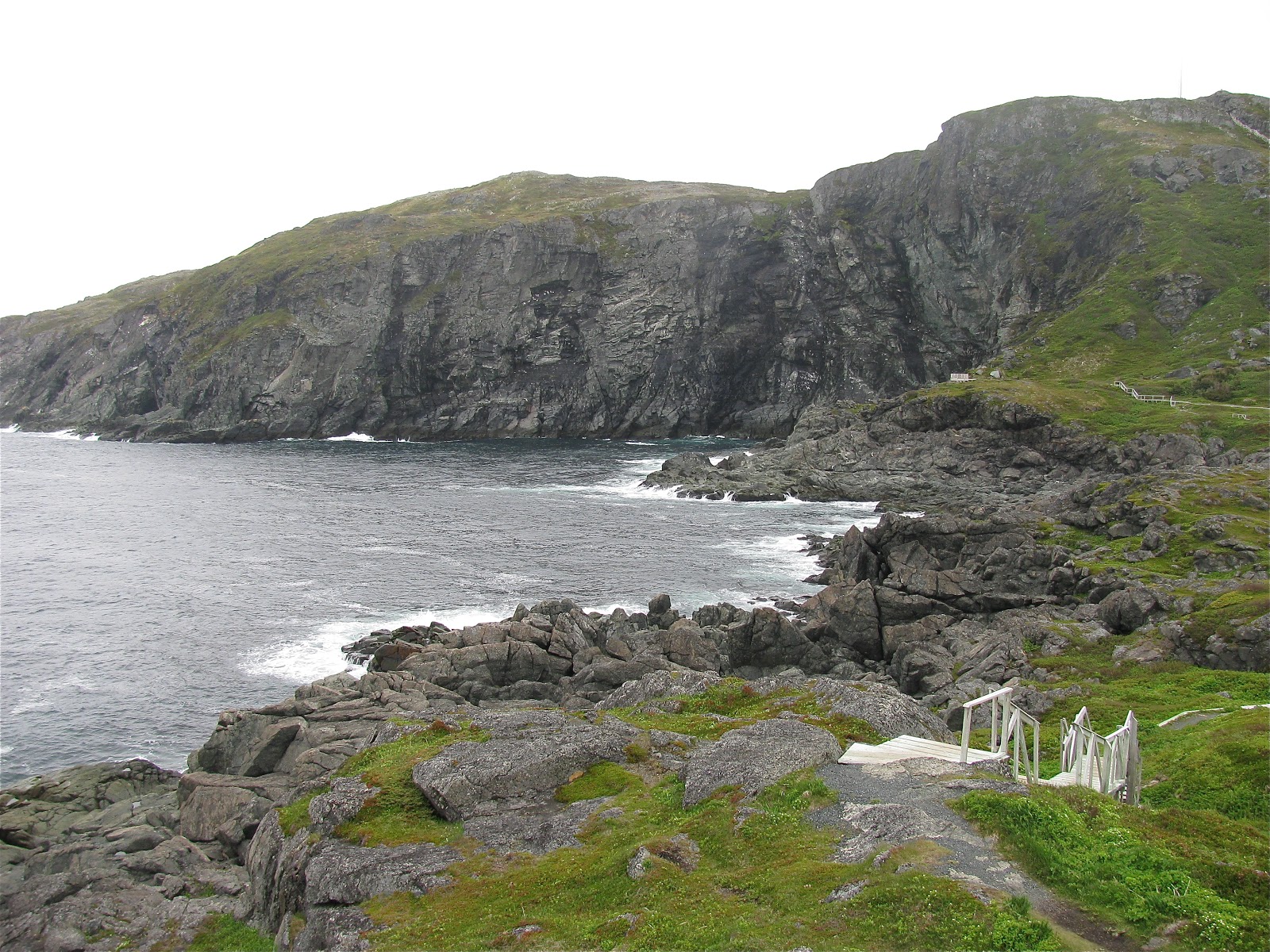 This is Fishing Point Cove where you can hike to the top of the headland by tromping up 476 stairs.  We did not!  The wind blowing straight from Greenland was raw and strong. 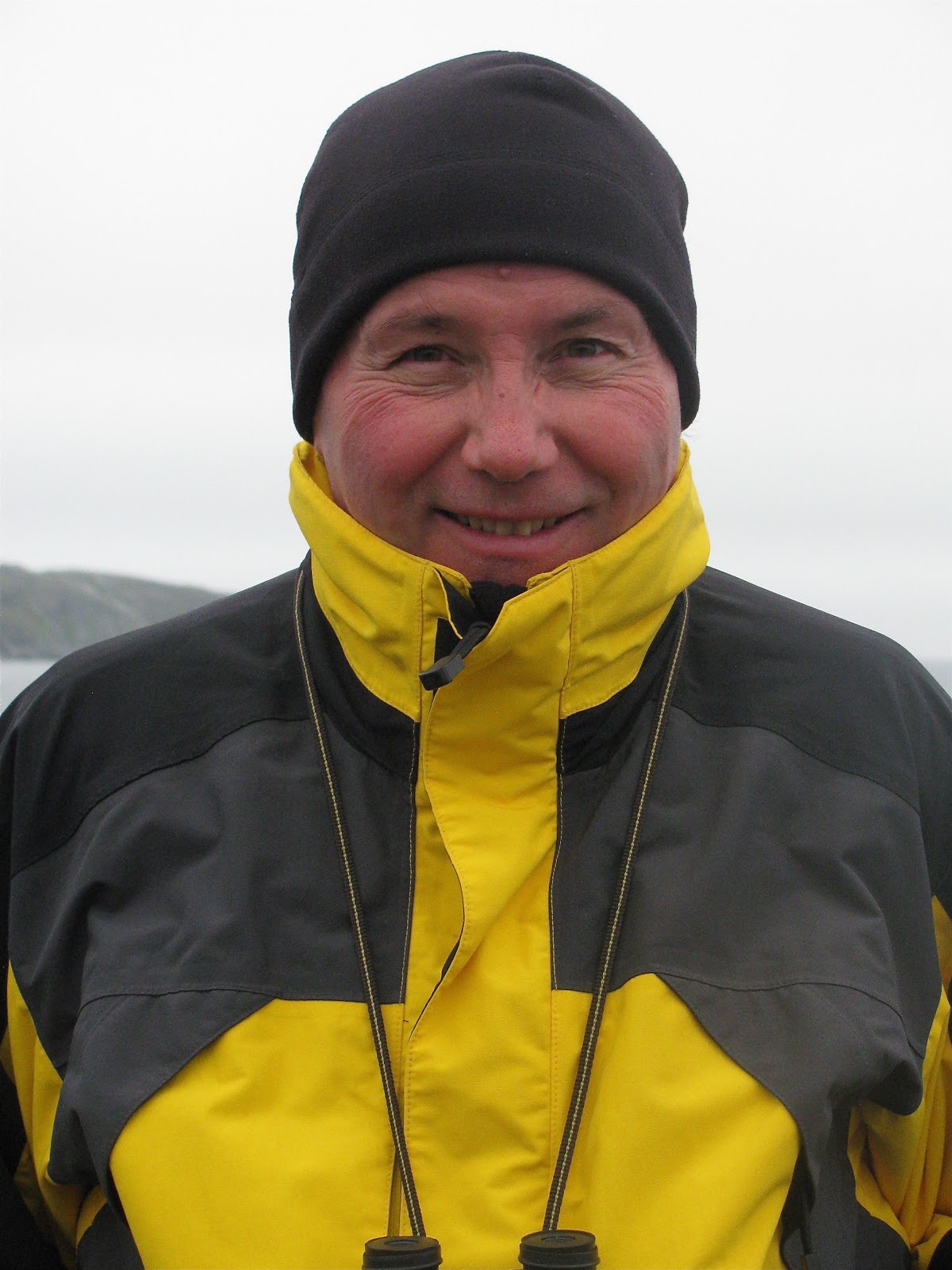 My husband Terry; he braved a sixteen day road trip through Newfoundland and Labrador with his wife and two of her sisters, so she could chase iceberg dreams! 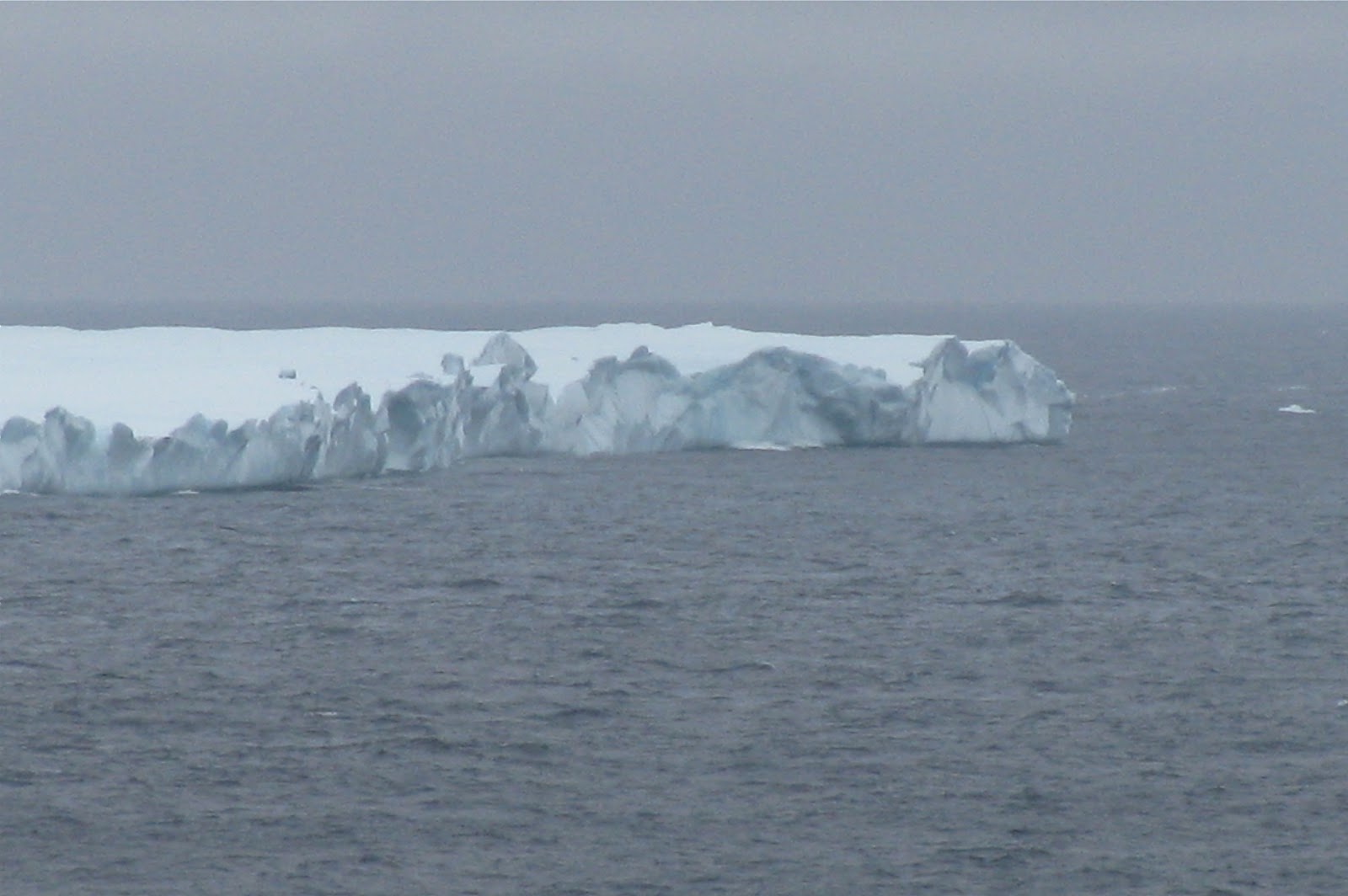 My niece Heather questioned me on whether this was an iceberg or not.  According to Newton Ask a Scientist, it could be an ice floe or large, flat piece of sea ice that broke off the polar ice cap in the spring.  Floes consist of frozen seawater, but they are essentially composed of fresh water because salt is squeezed from the ice crystal lattice as the salt water freezes. 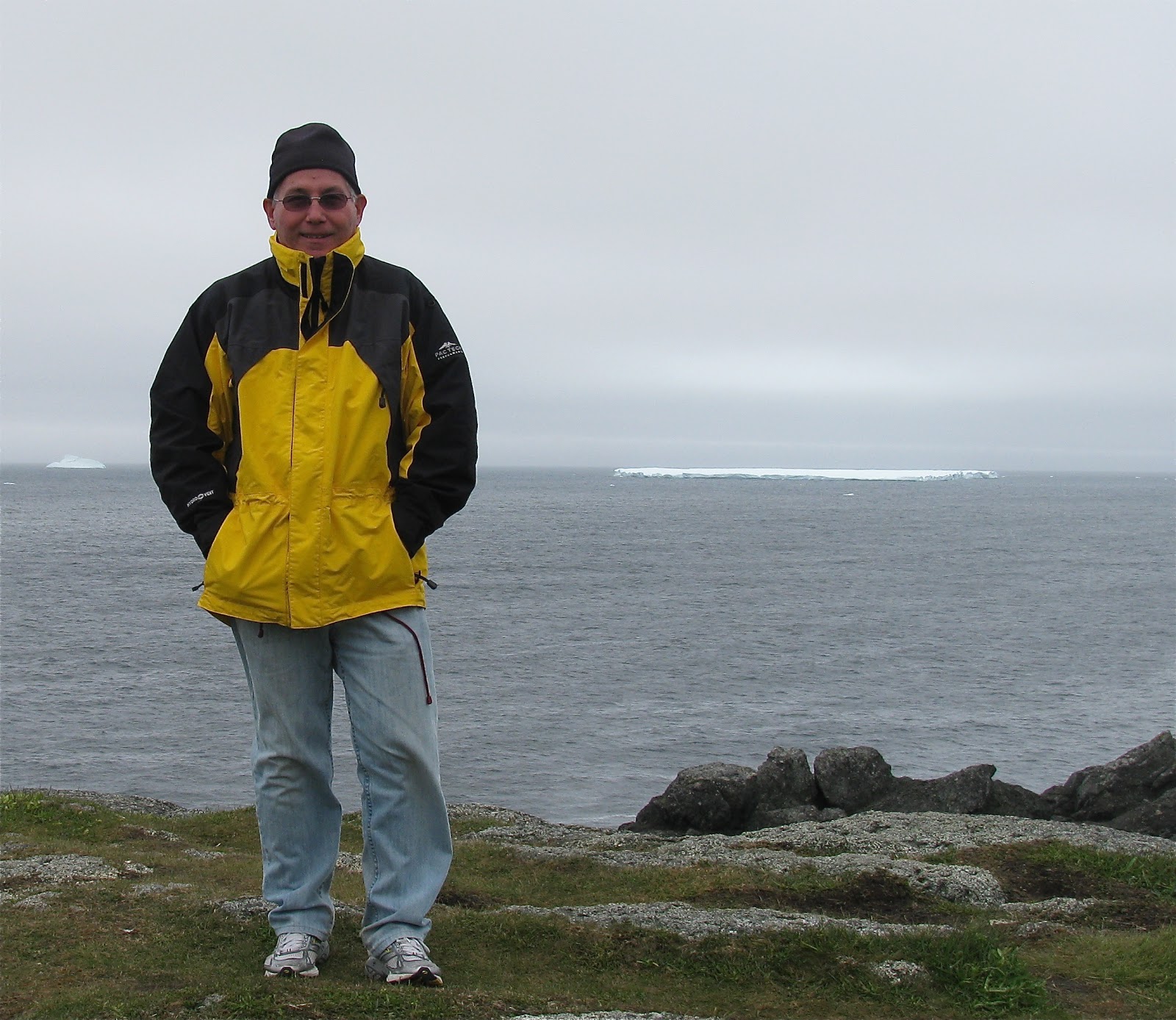 Here is Terry with the large flow behind him on the right.  To his left is an iceberg.  Icebergs are calved from land-based glaciers or continental ice sheets.  Icebergs are formed from snowfall that accumulates over long periods of time.  The icebergs that sweep down Iceberg Alley can be 10,000 years old. 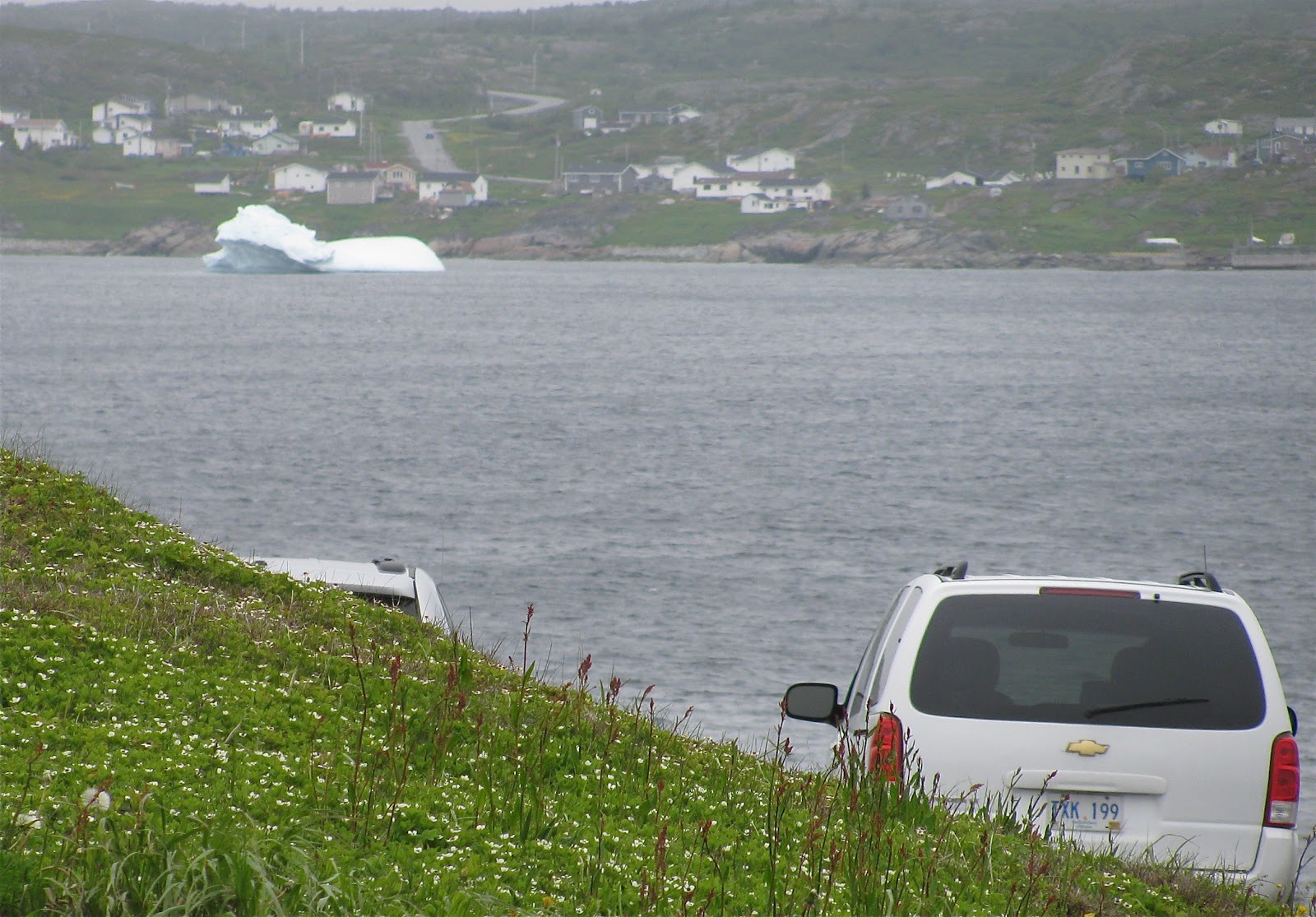 This is a photograph from Fishing Point looking across St. Anthony Harbour to the west side of the harbour.  That is definitely an iceberg!  On the open seas, 90% of an iceberg's volume will be below the surface of the water due to buoyancy.  In a harbour, such as this, the iceberg may become grounded.  Then the volume of the iceberg below water will equal the depth of the water it's stranded in. 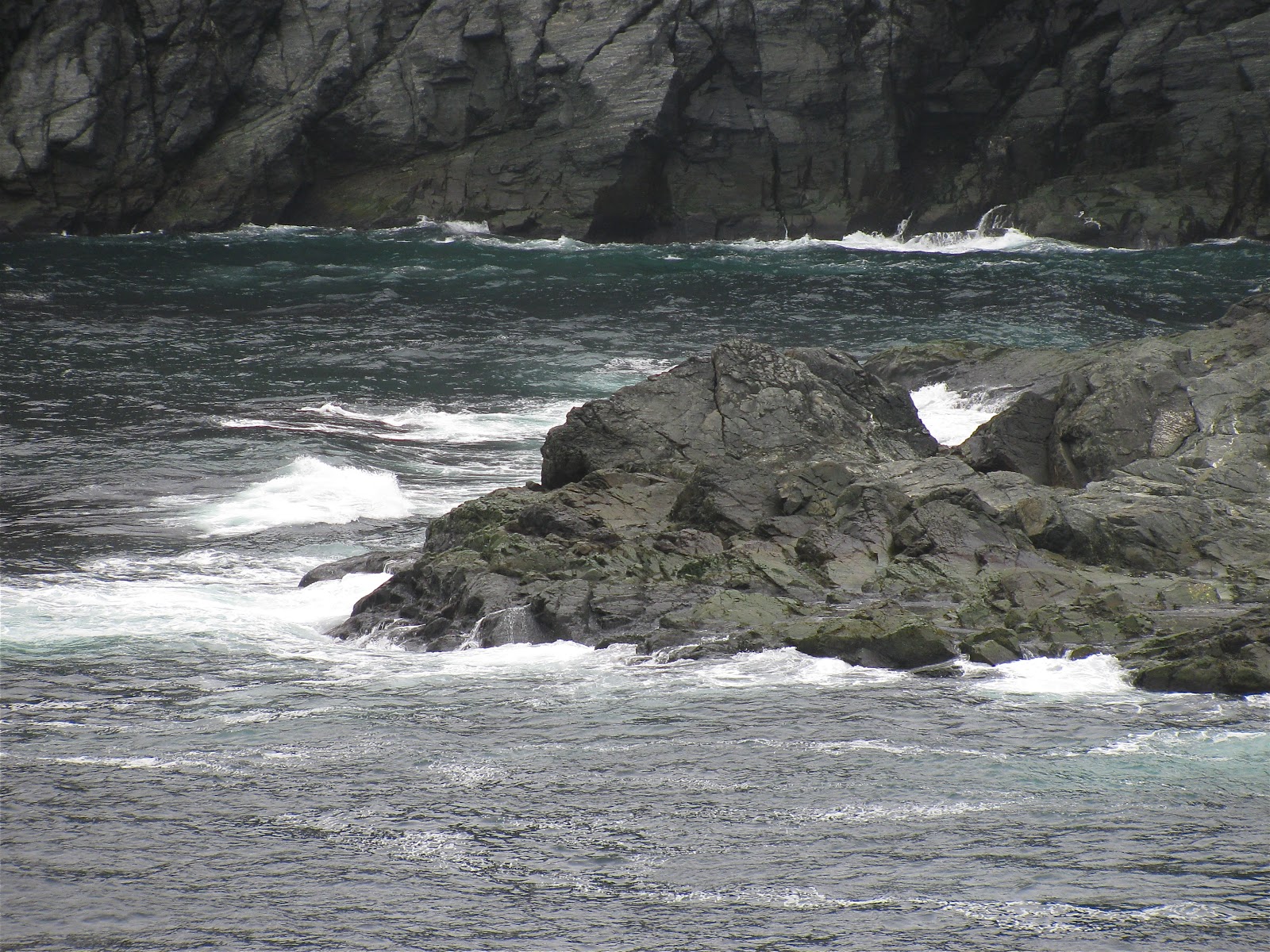 A view of the Fox Point Lighthouse Station and Fishing Point. 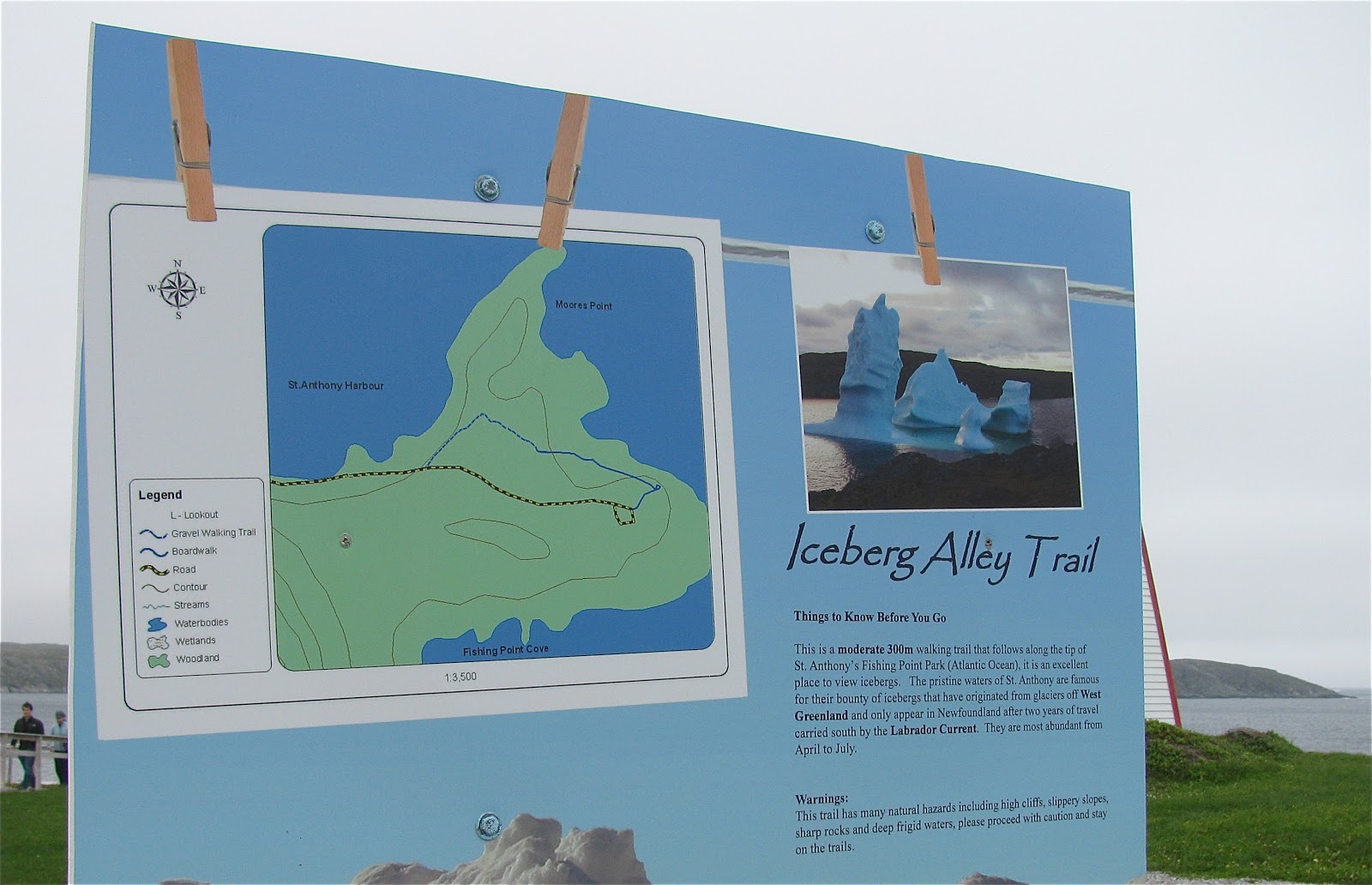 Iceberg Alley Trail is a boardwalk that accommodates wheelchairs. 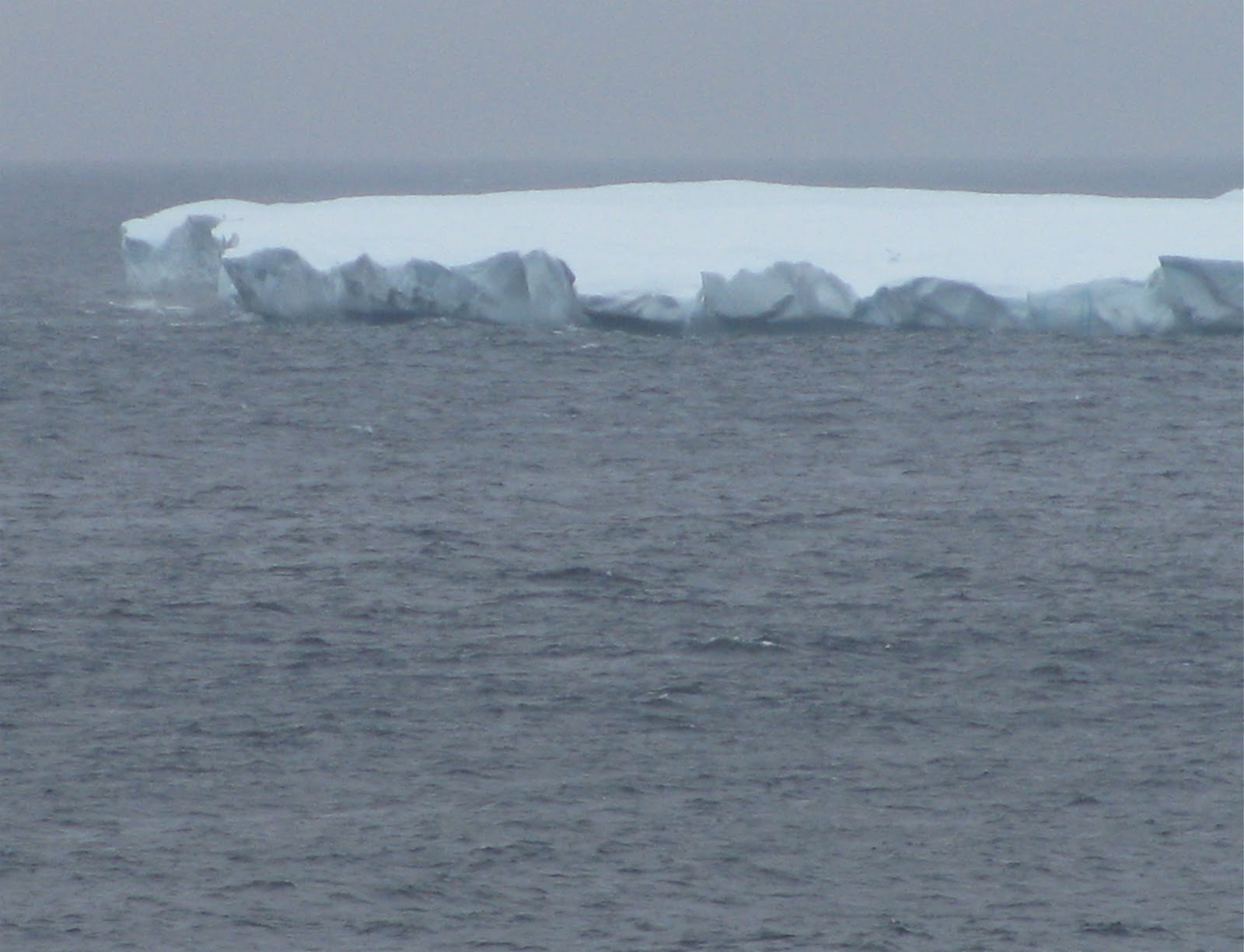 The left side of the big ice floe. 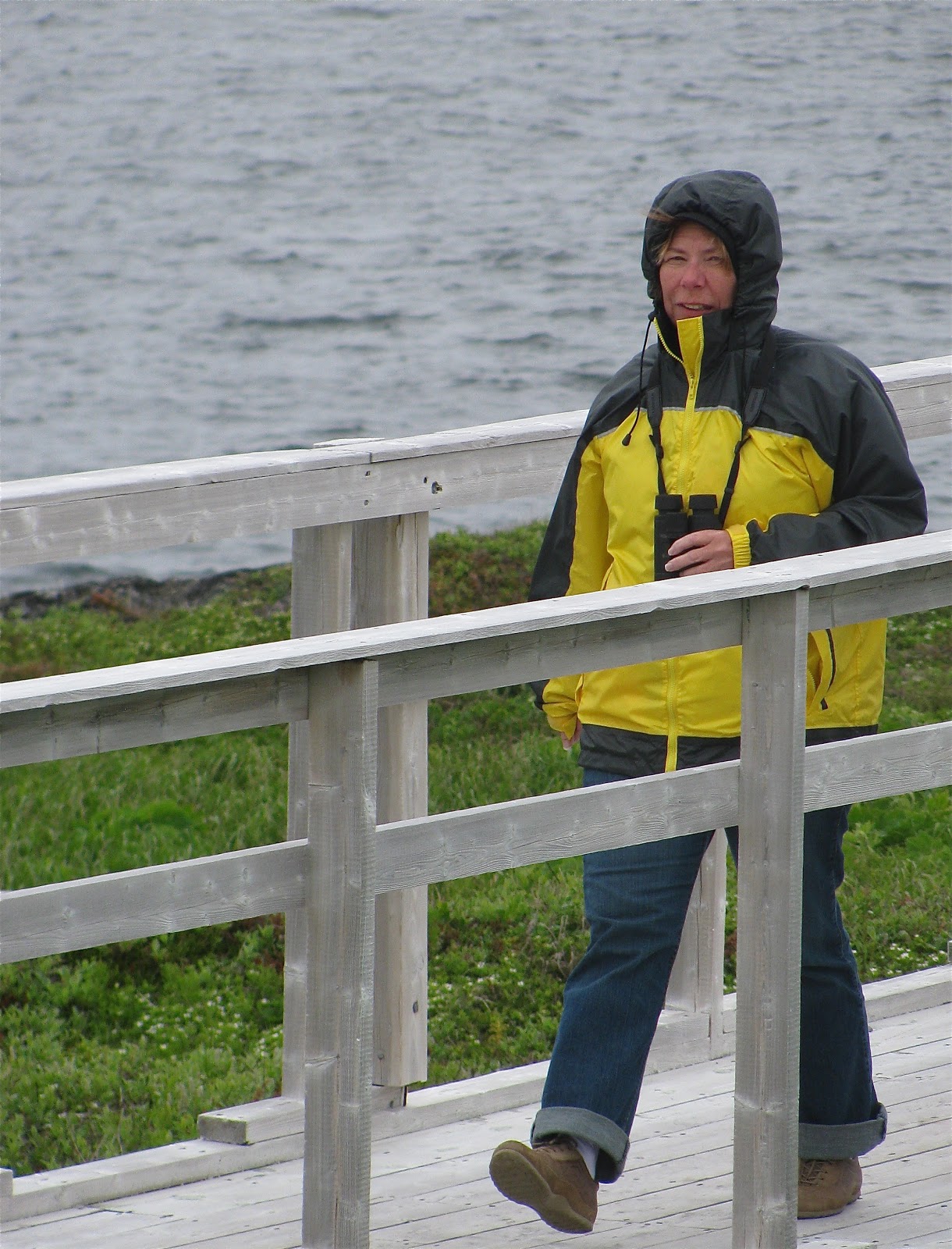 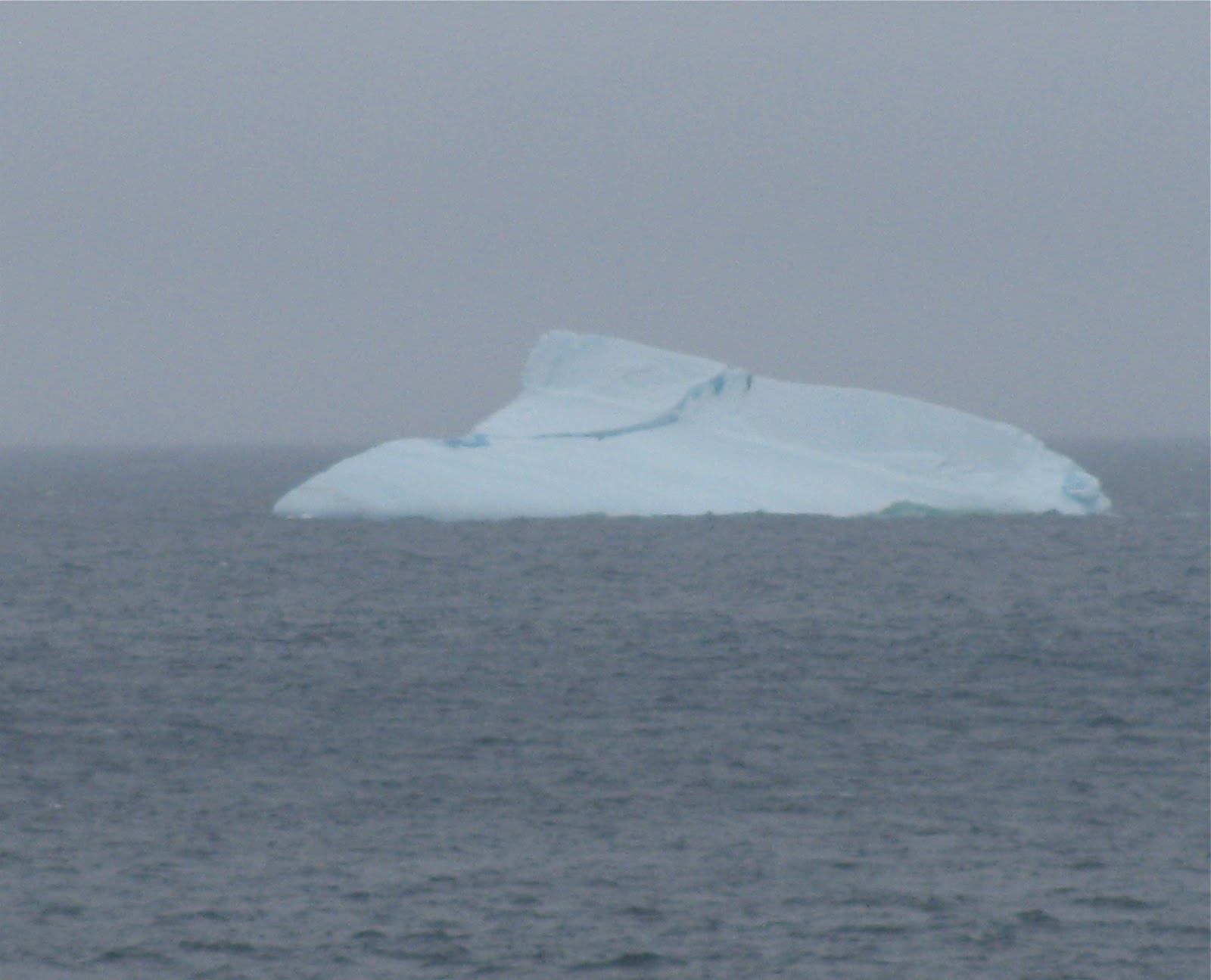 An iceberg off Fishing Point 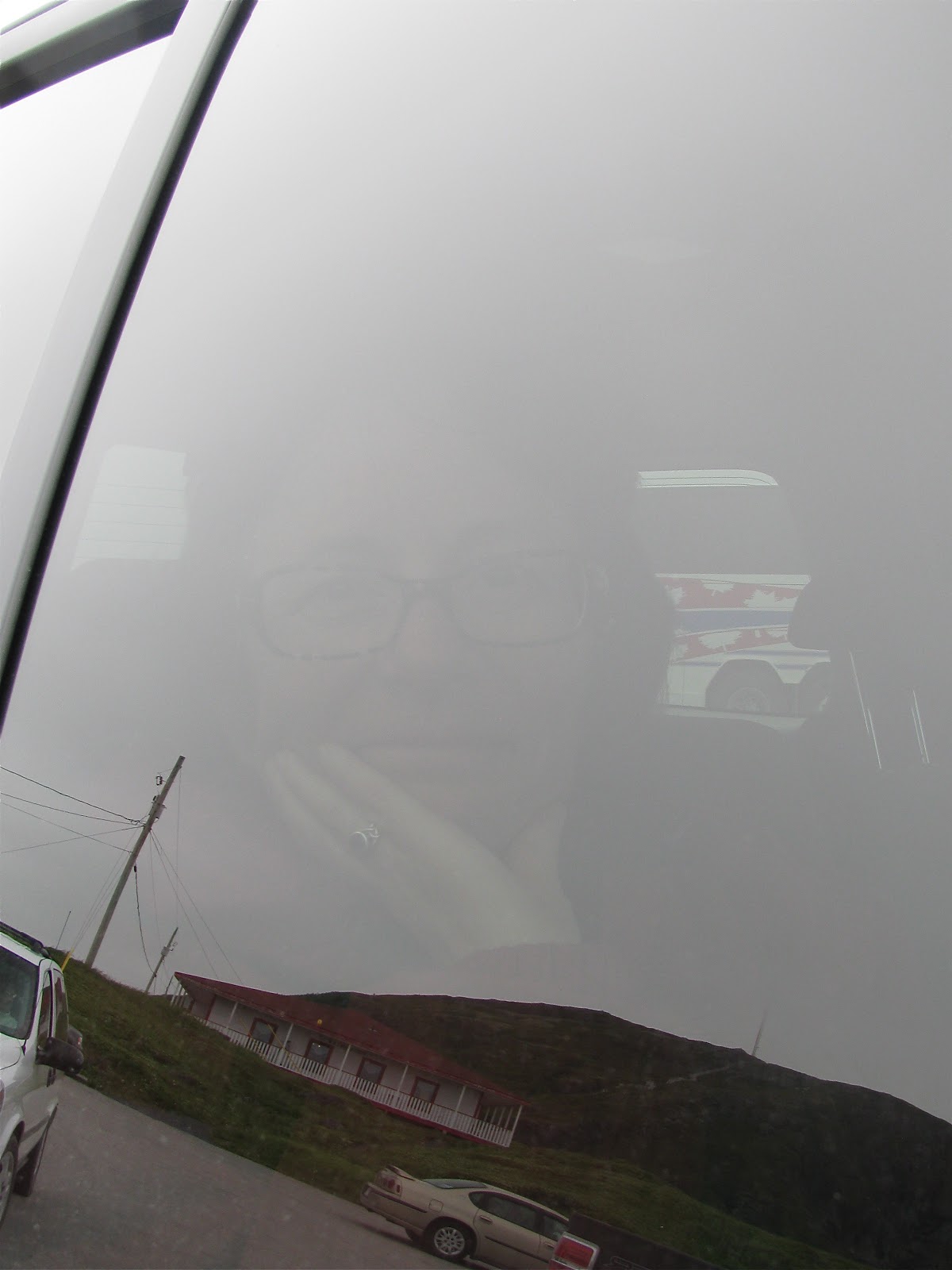 My sister Bertie who does not like the cold!
She saw every berg and floe we did from the warmth of our SUV! 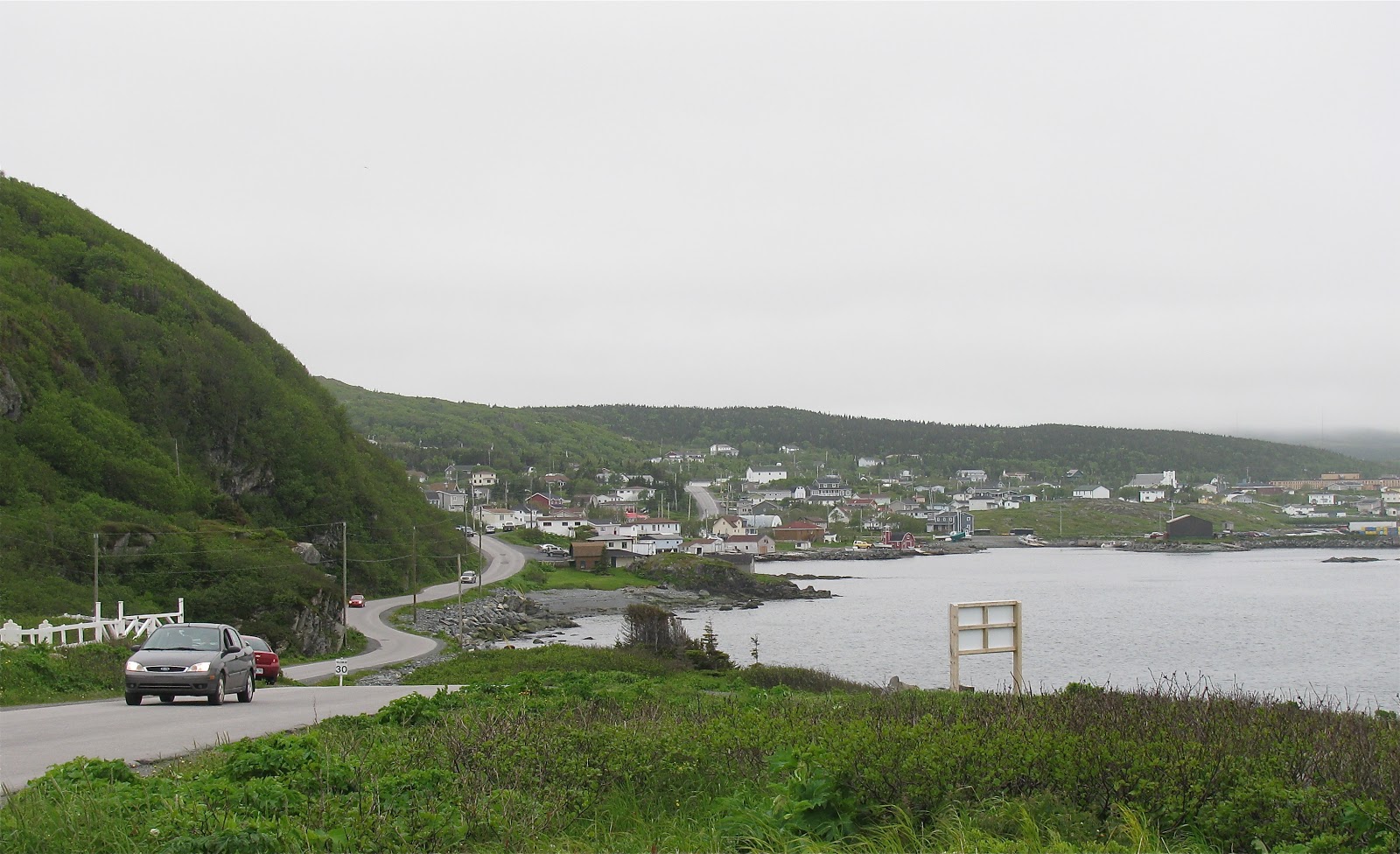 The road to St. Anthony from Fishing Point. 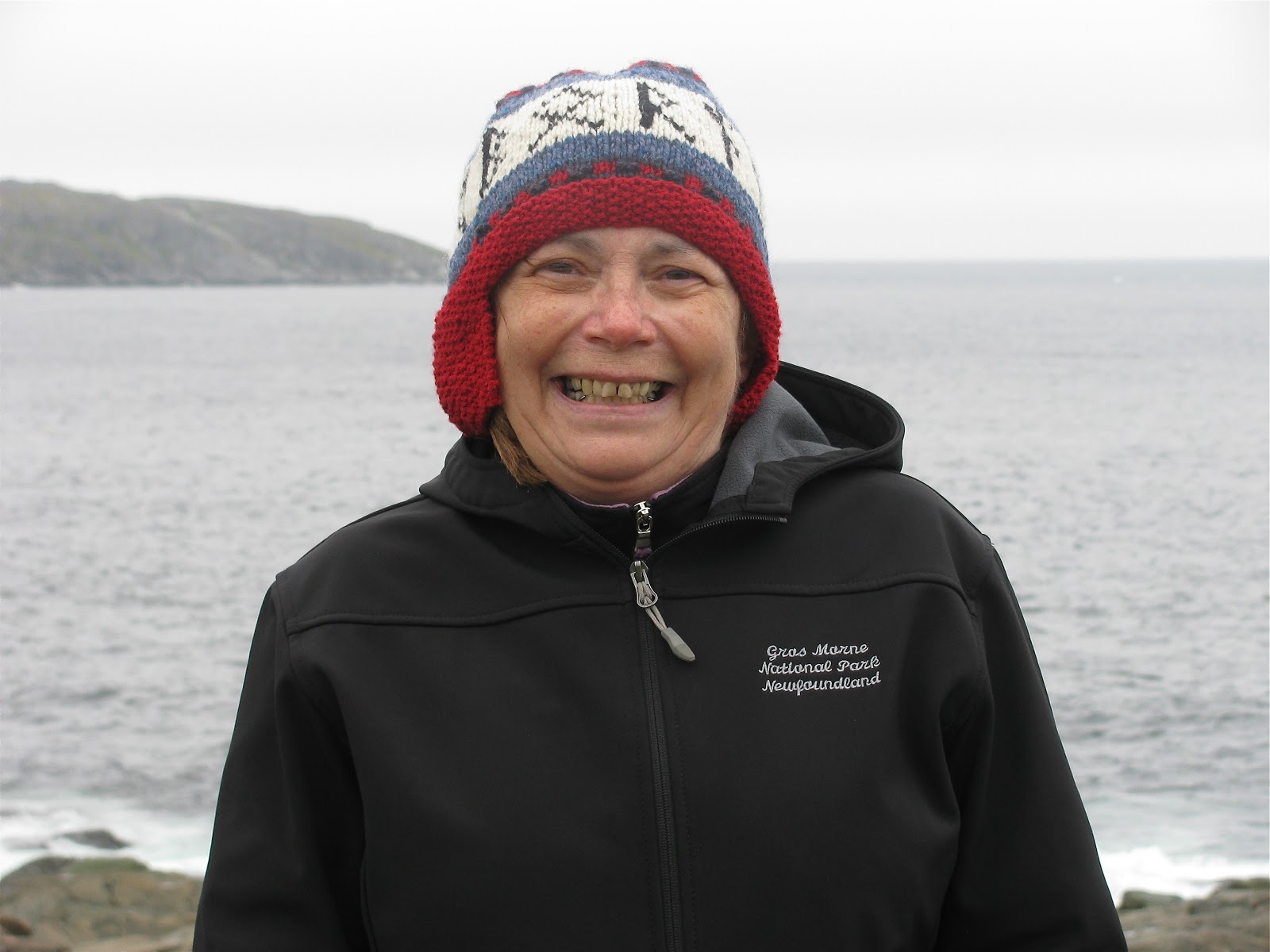 In the names of fairness and truth, I felt I had to include this most unflattering picture of moi!
I am not a fashionista, especially in the cold.
However, I must point out two beloved items in my wardrobe:
my Gros Morne National Park windbreaker and my hand-knit Viking hat, complete with runes, from L'anse aux Meadows National Historic Park nearby.
These parks are both UNESCO World Heritage sites on the Great Northern Peninsula. 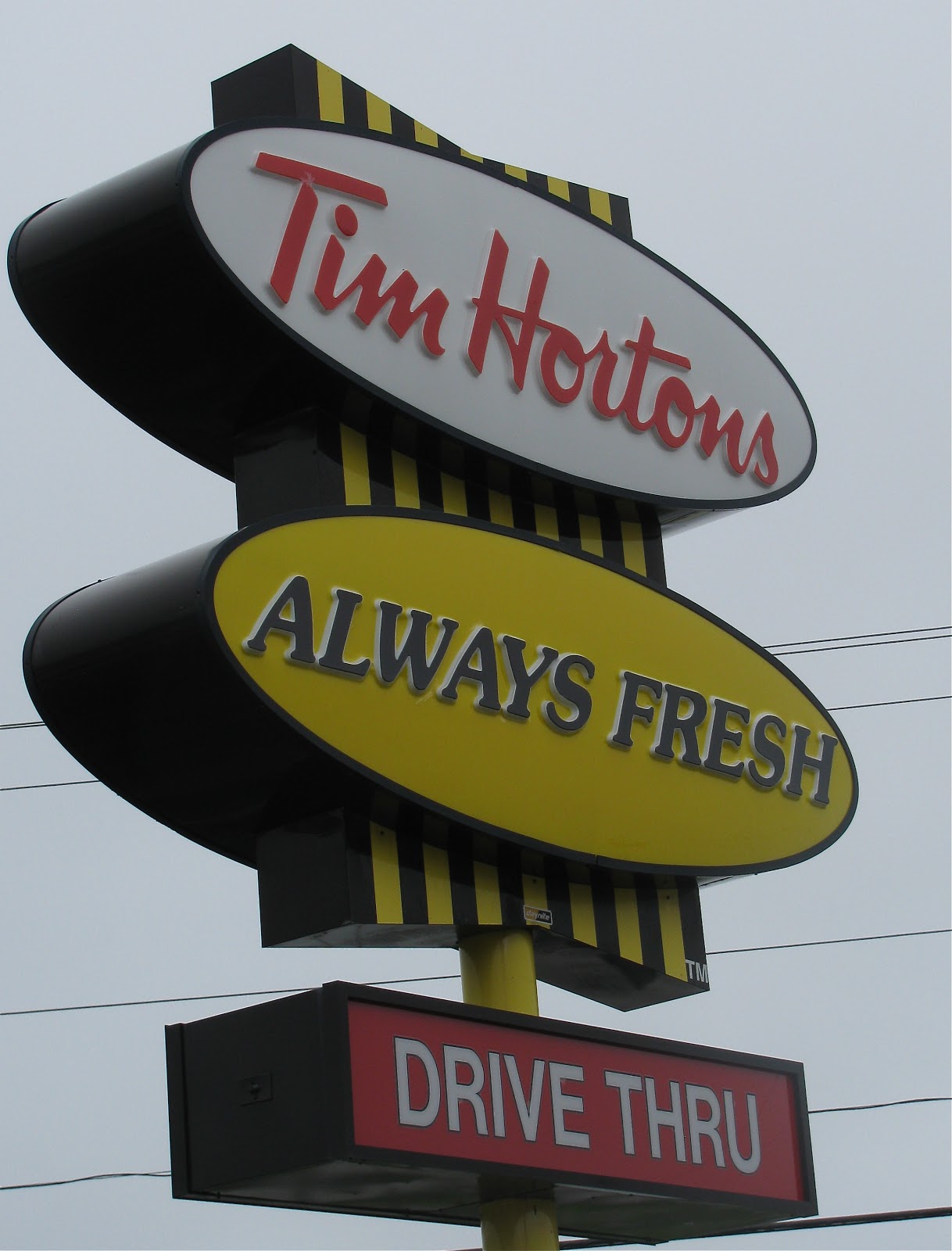 Give me shelter from the storm! 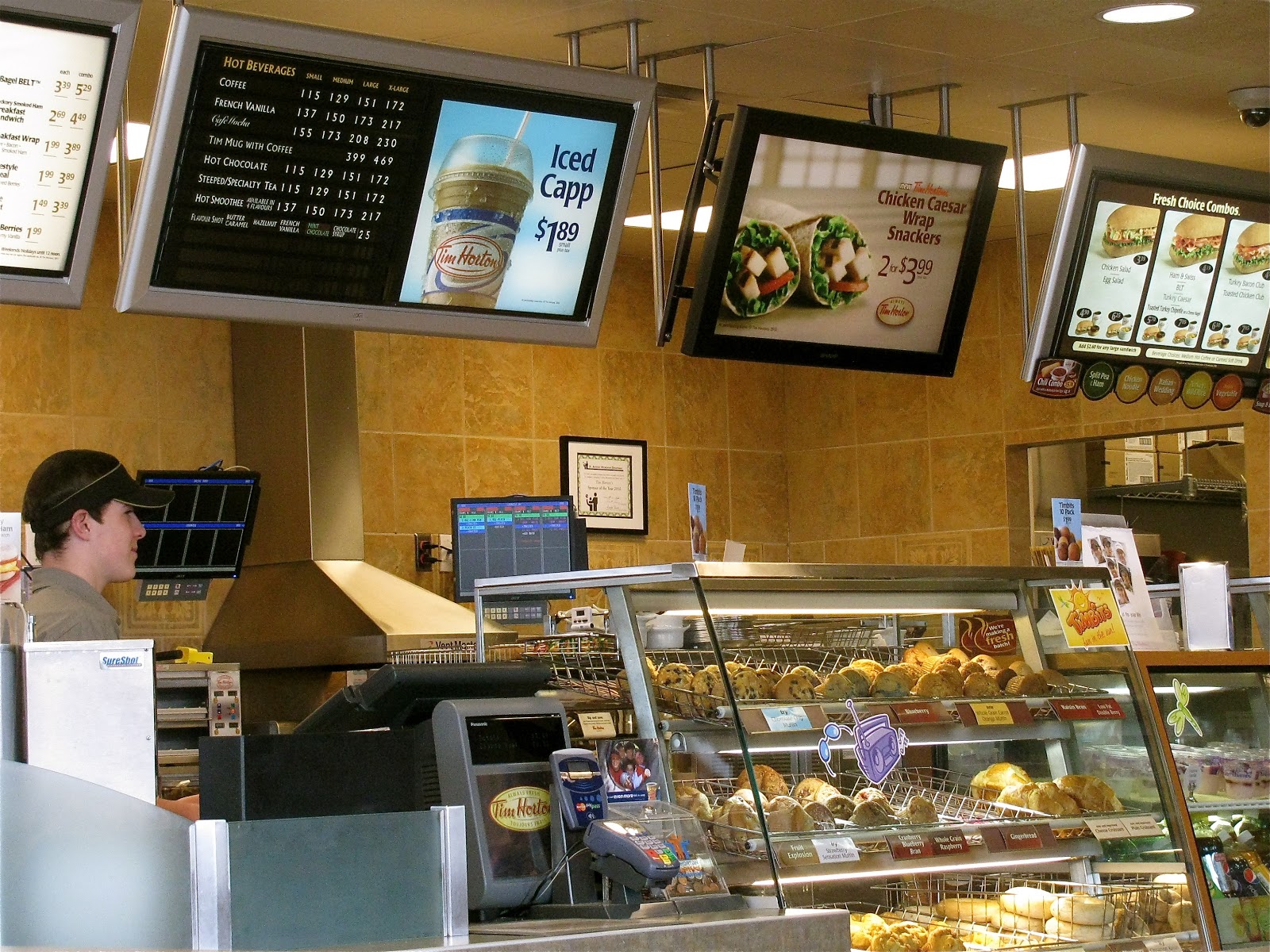 There is no better place to warm up than the local Tim Hortons,
the Canadians' answer to Starbucks! 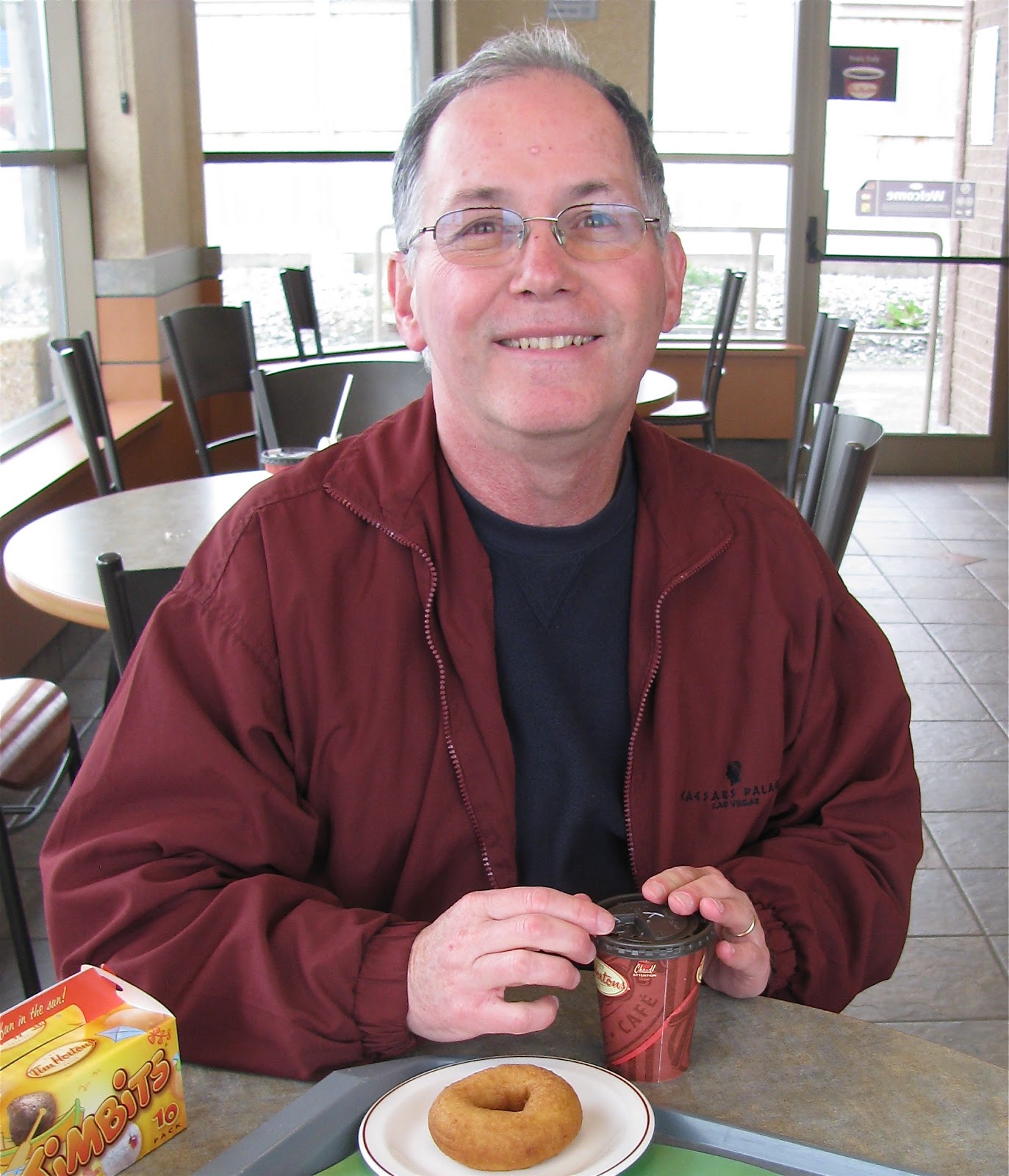 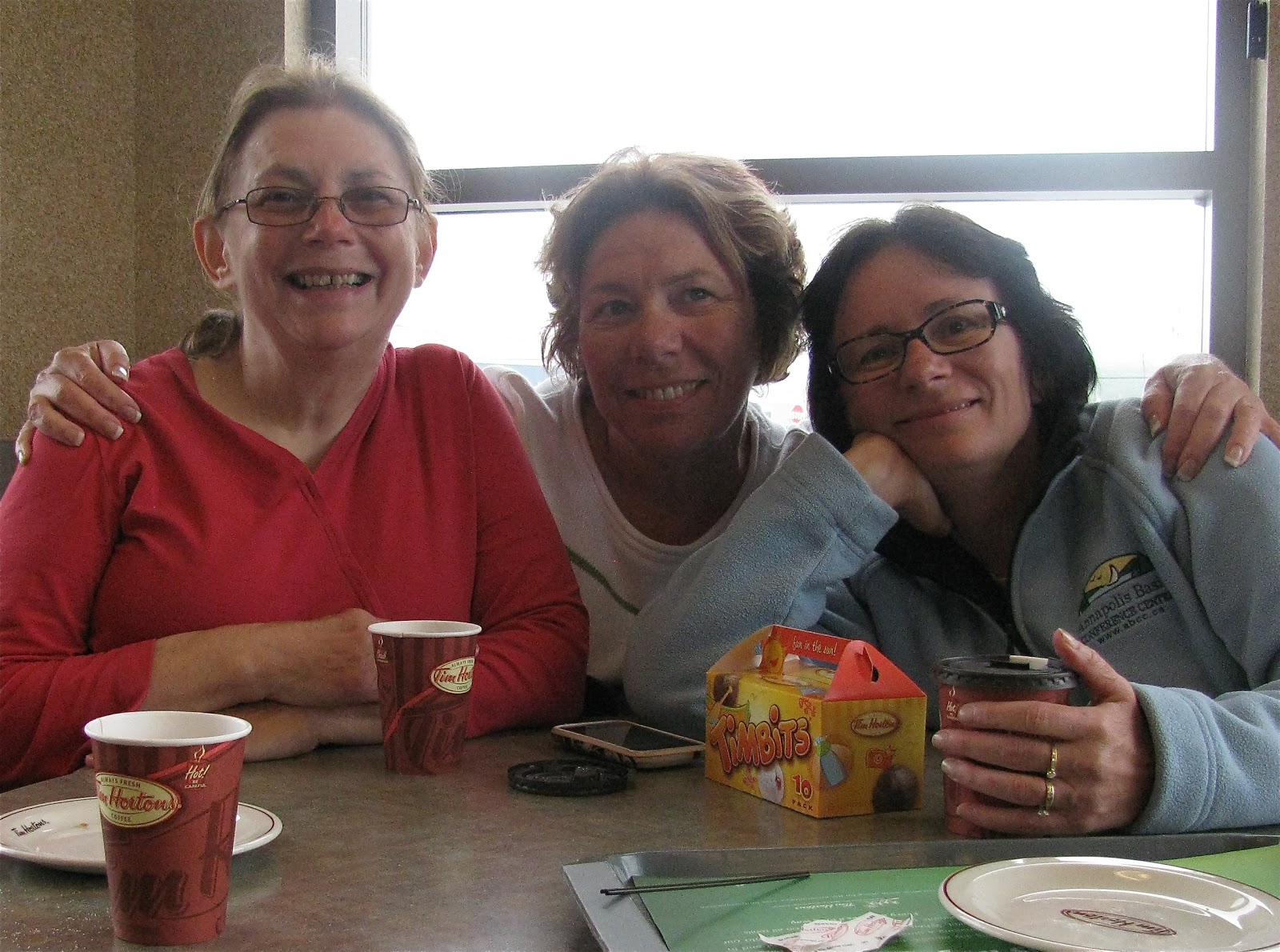 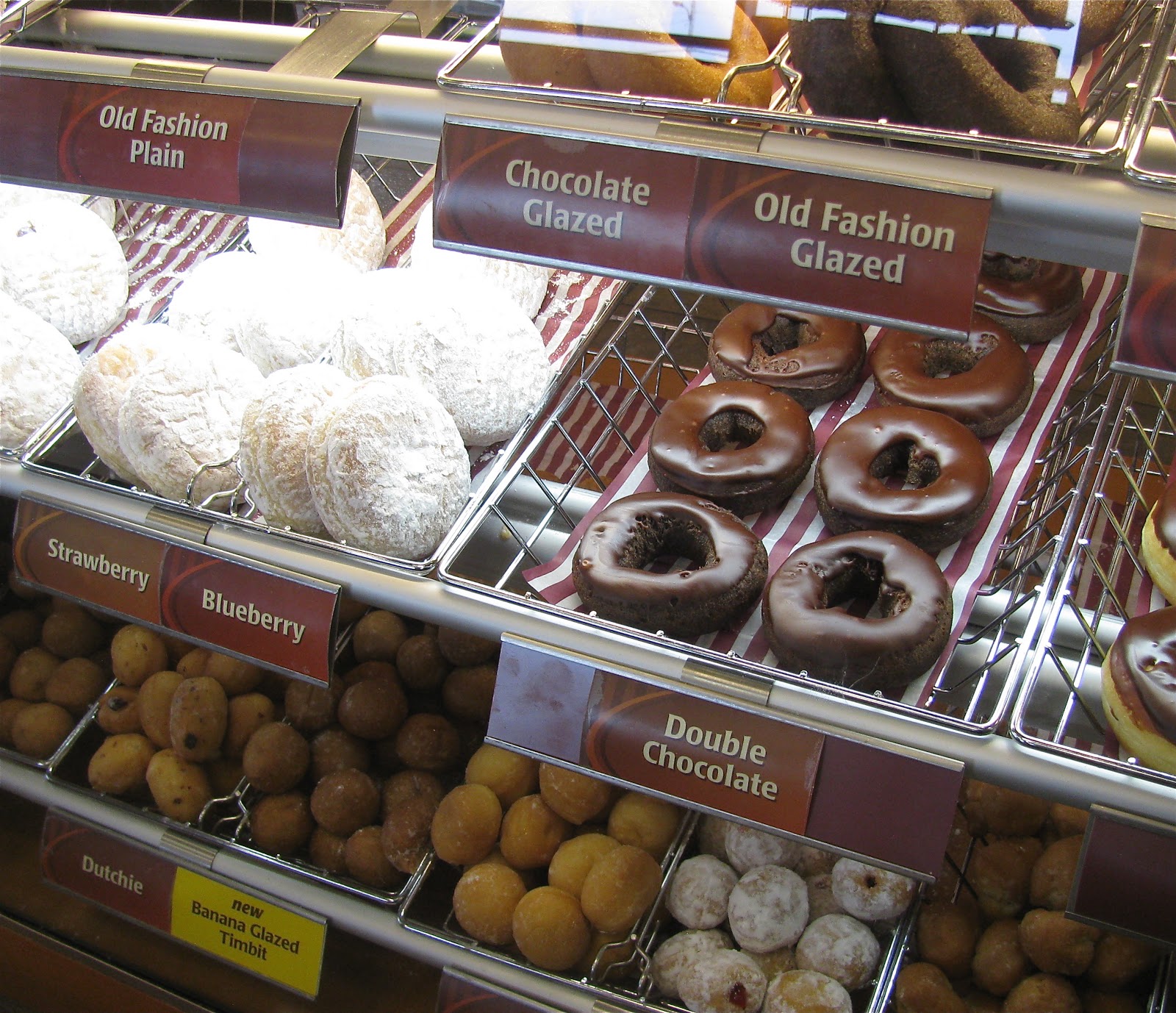 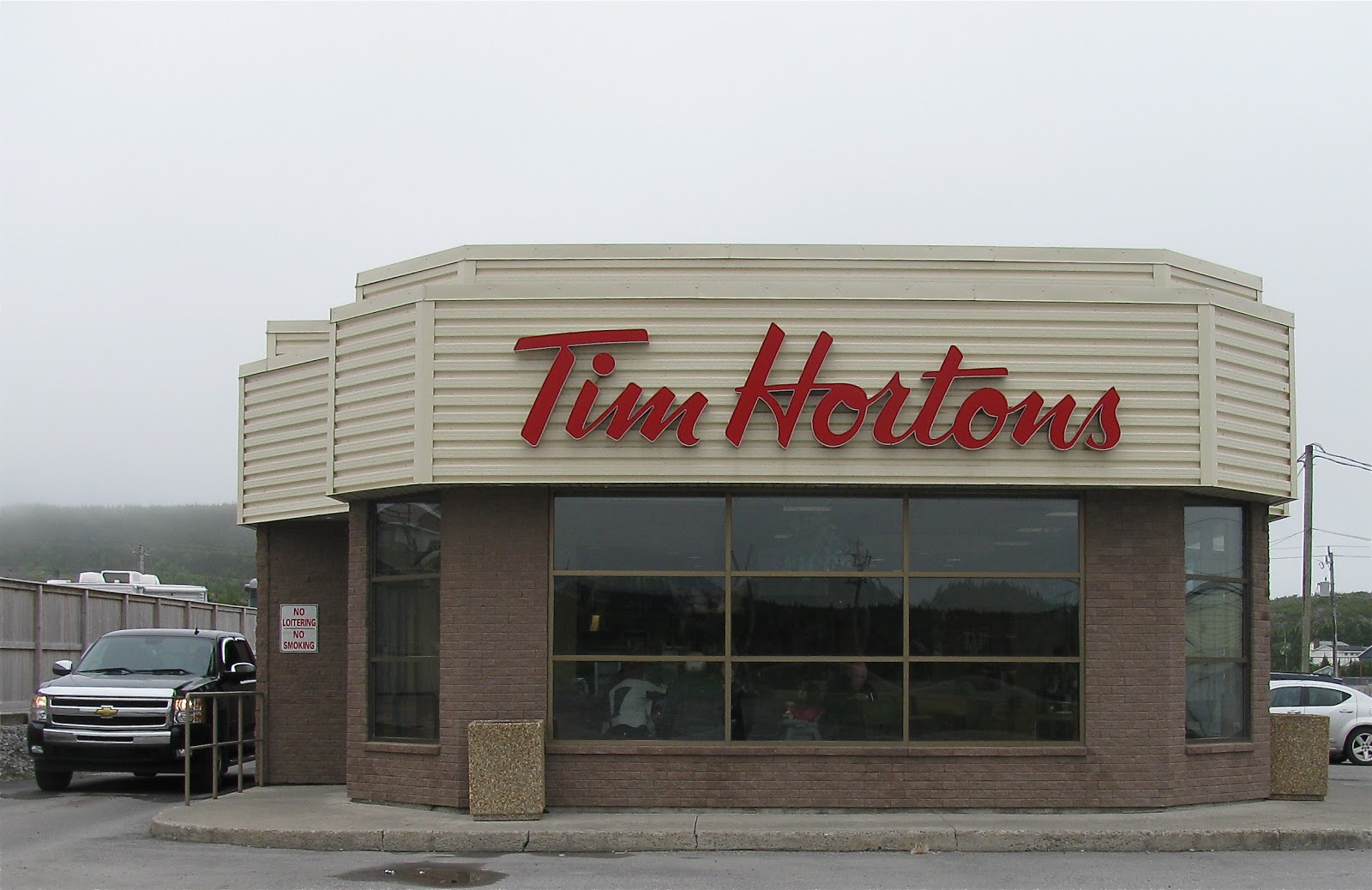 Not just any port in the storm! 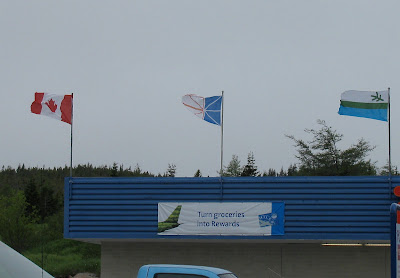 You Tube Video:  Massive Iceberg off St. Anthony, NL, July 15, 2011 (1:50).  The very day we were there, the very time we were there!  But further offshore than the bergs visible to us.  Check this out for icebergs explained in a Newfie accent!

http://www.newfoundlandlabrador.com/thingstodo/icebergviewing
This Newfoundland/Labrador website contains lots of information about icebergs as well as a a link to  http://icebergfinder.com/ where you can track icebergs in real time.

http://www.town.stanthony.nf.ca/indexb.php
This municipal website contains a wealth of information about the town of St. Anthony.

http://www.unc.edu/~rowlett/lighthouse/nflw.htm
If you are a lighthouse buff, this is the website to visit for lighthouses in northwestern Newfoundland.

http://www.bsharp.org/physics/icebergs
This website provides a very scientific answer for why 90% of an iceberg's volume lies below the water.

http://www.mystore411.com/store/list_state/125/Newfoundland/Canada/Tim-Hortons-store-locations
Just in case you need to thaw out on a cold day in Newfoundland!