I got my first, and only, digital camera a little over three years ago:
a Canon PowerShot SX100 IS!

OMG, the world was my oyster!

The joy of being able to shoot and shoot without having to pay to develop film.
Combine that with getting my new MacBook Pro around the same time,
and I was out of control.

I've been on tilt ever since!

I've been fascinated with birds as long as I can remember.
I was already trying to photograph hens in northern New Brunswick when I was six.

Someone in the neighborhood told me,
if I sprinkled salt on a sparrow's tail,
I could catch it and make it a pet.

I spent a lot of time running around the neighborhood with a saltshaker. 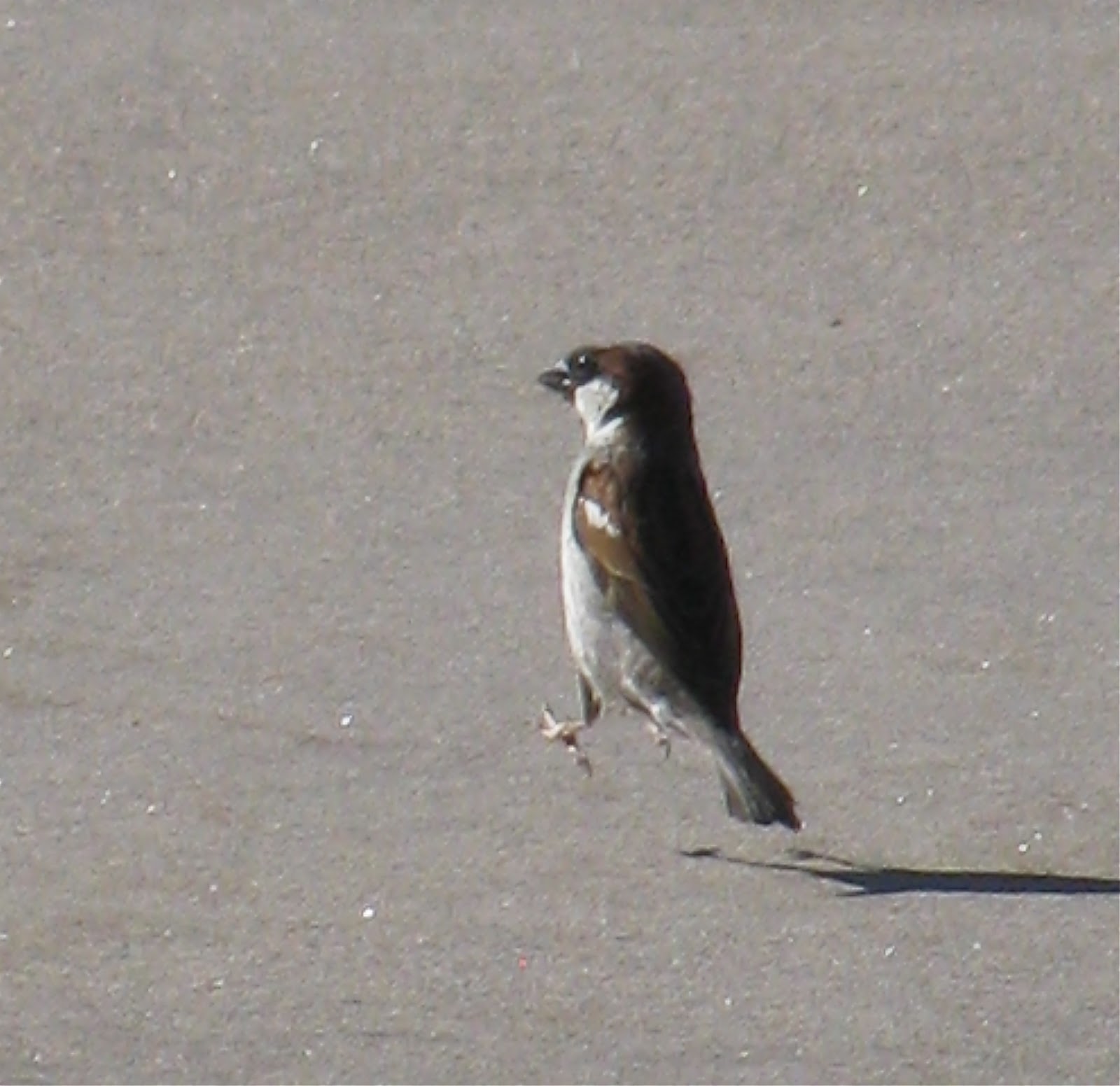 They are the tricksiest birds to photograph!
Especially when you just have a point and shoot Cannon set on Easy to zoom fast!
This one was a hopping!

I could go to an outdoor cafe and shoot sparrows eating crumbs,
but that just wouldn't be the same! 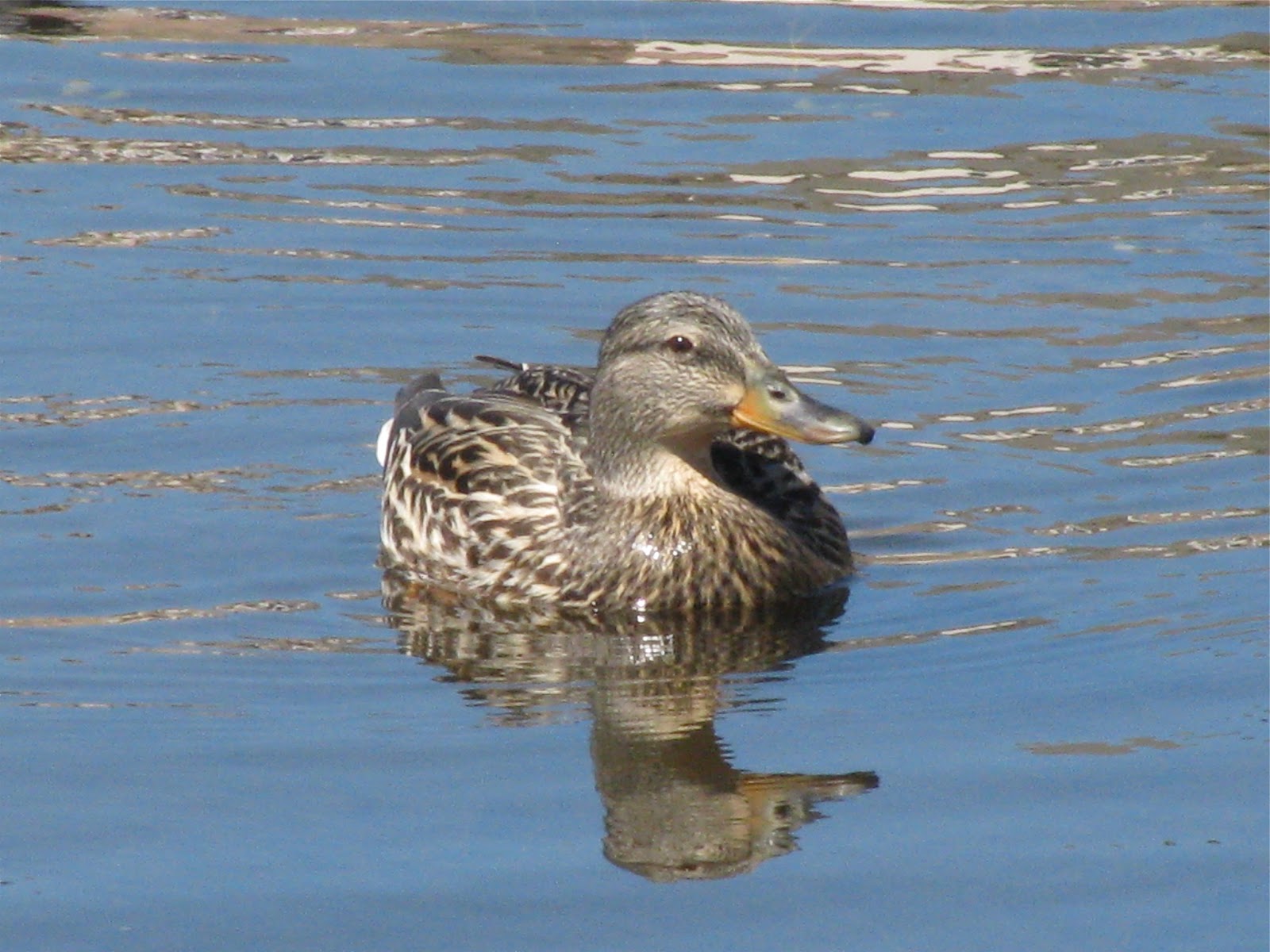 This female mallard was one of the first birds I captured with my new camera.
They're pretty easy to catch when making baby mallards is on their minds. 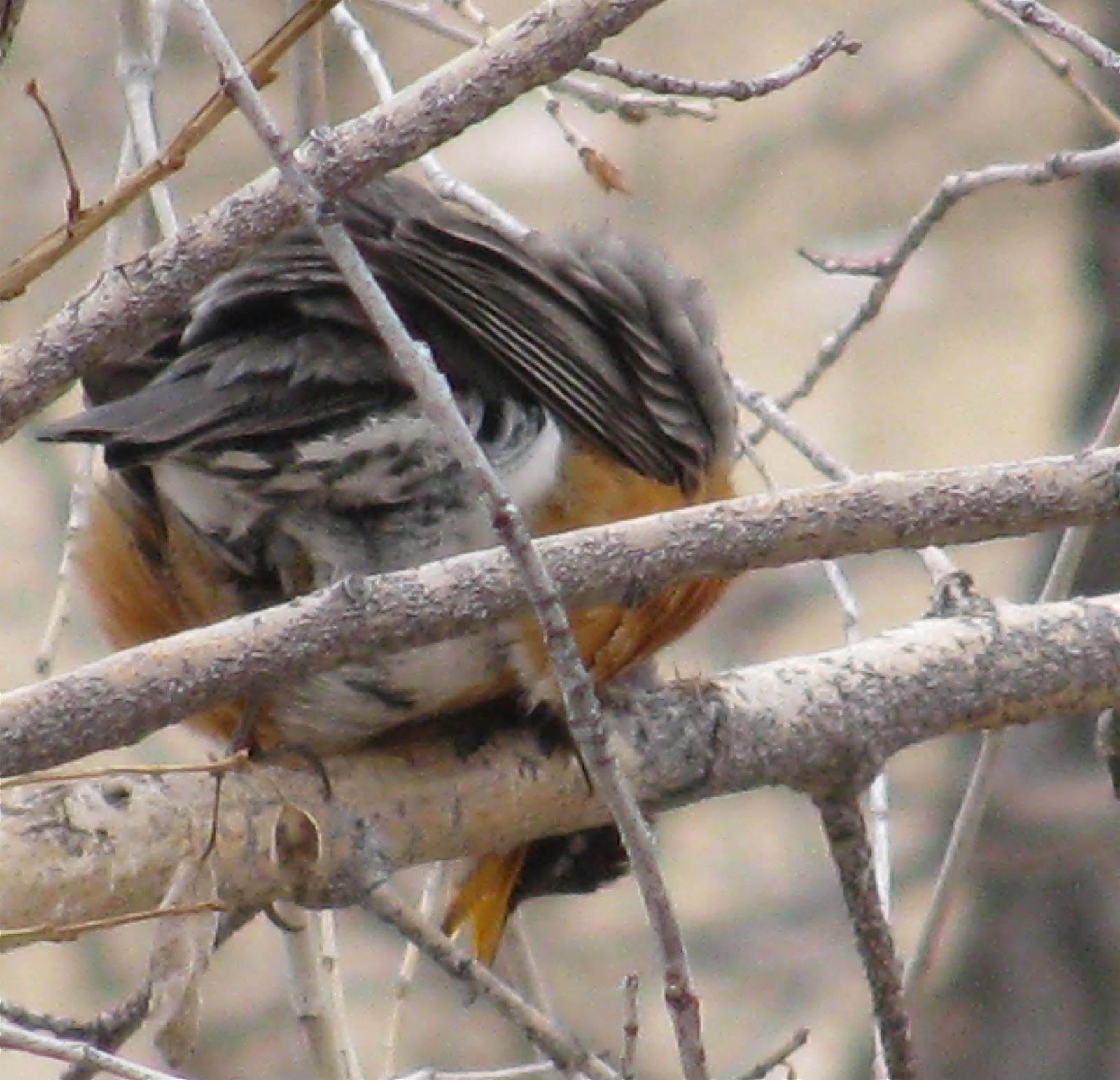 Robins are tricksier, especially when they're doing tricks! 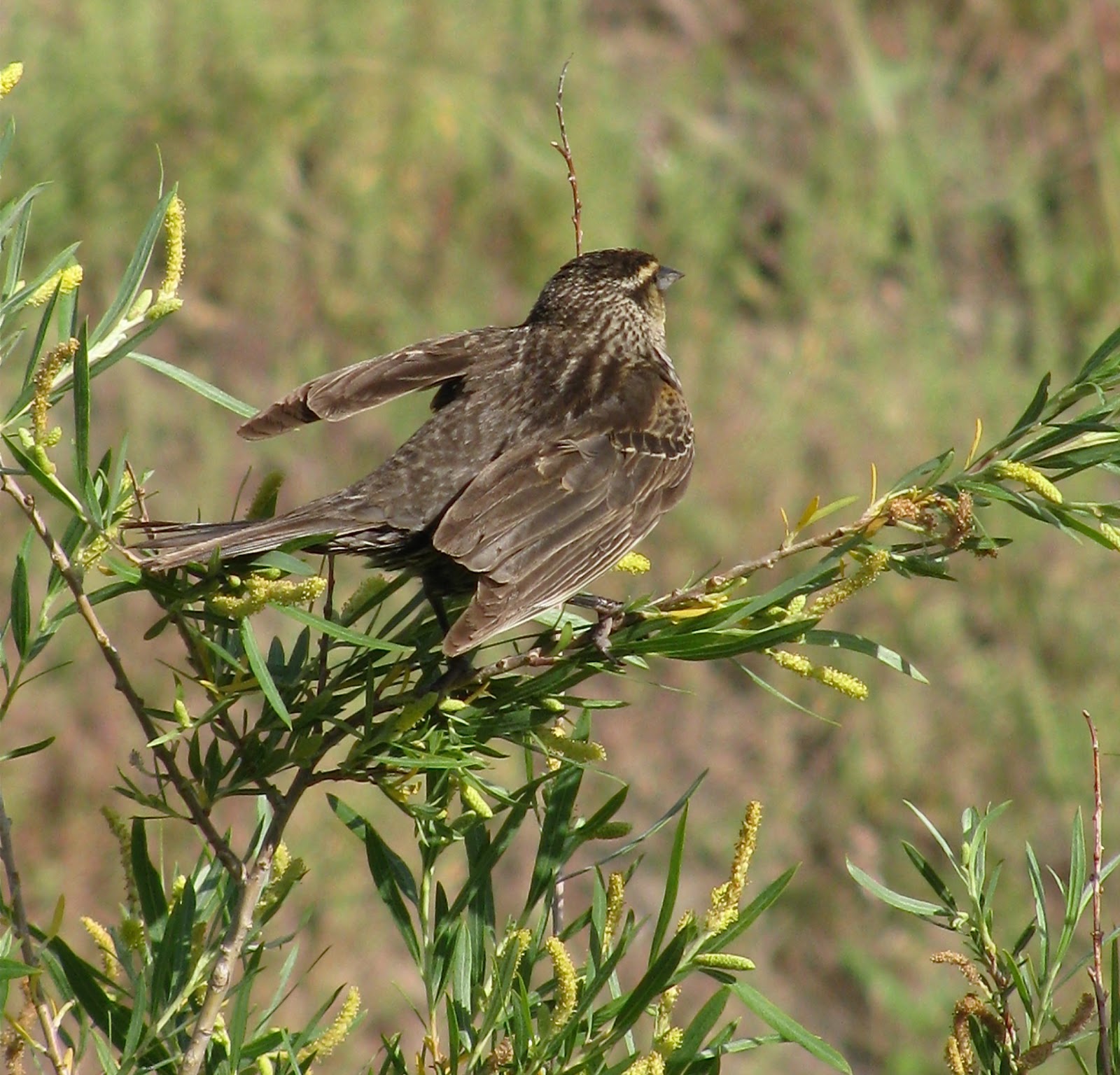 Red-winged black birds are much easier.  This little mama was frisky with spring! 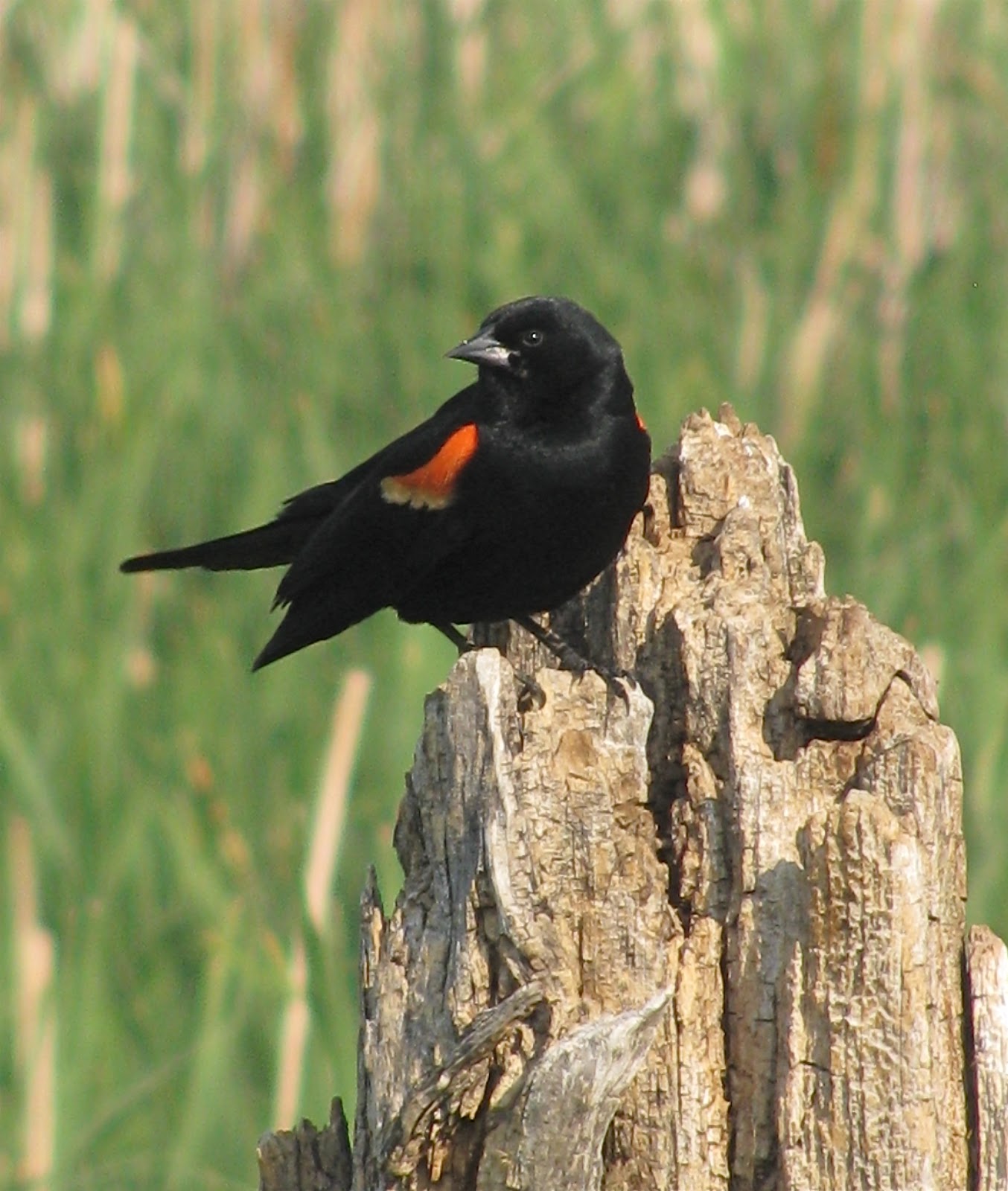 How can you not love the male red-winged blackbird?
They are just about the pranciest critters in creation! 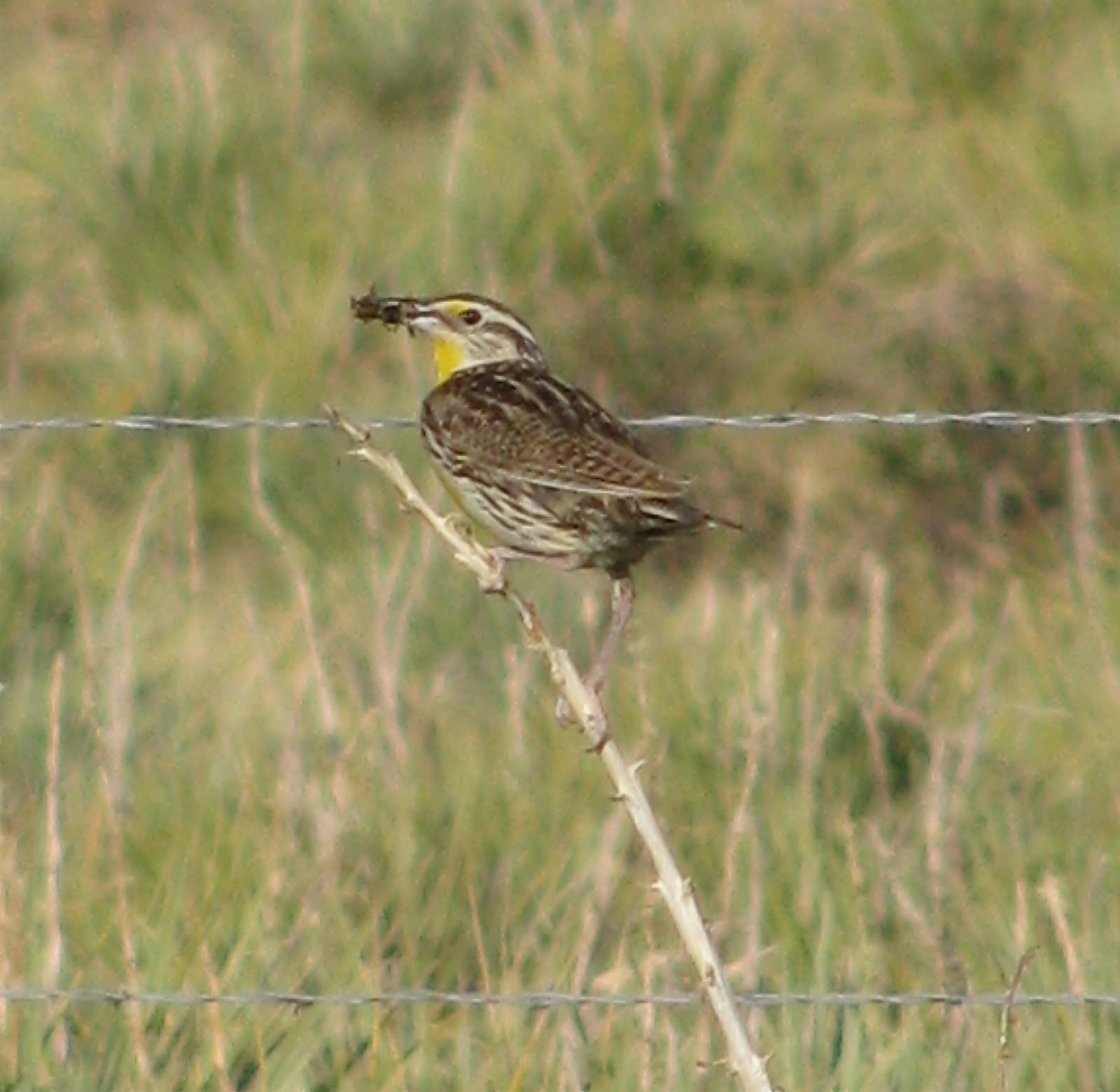 Meadowlarks have the most gorgeous songs!
But they are devilish to capture on film.
Sadly, they are gone for the winter,
but come spring the grasslands around here will be alive with the songs of meadowlarks. 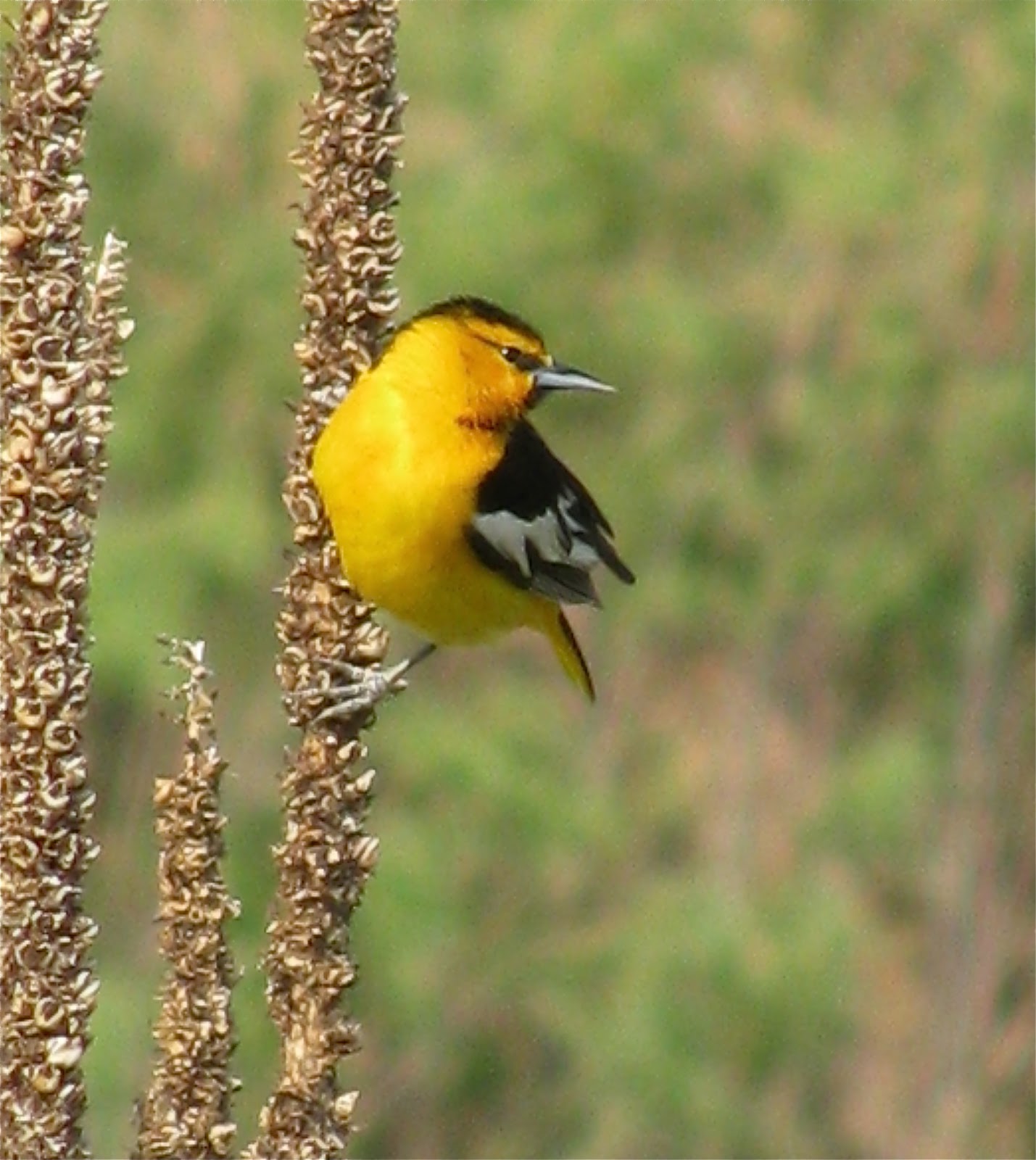 This Bullock's Oriole was pure serendipity!
I was walking along in the park with my camera on and saw him out of the corner of my eye.
I barely had time to zoom out my lens and snap him.
I clicked the shot, and he was gone.
This is probably my best bird photo. 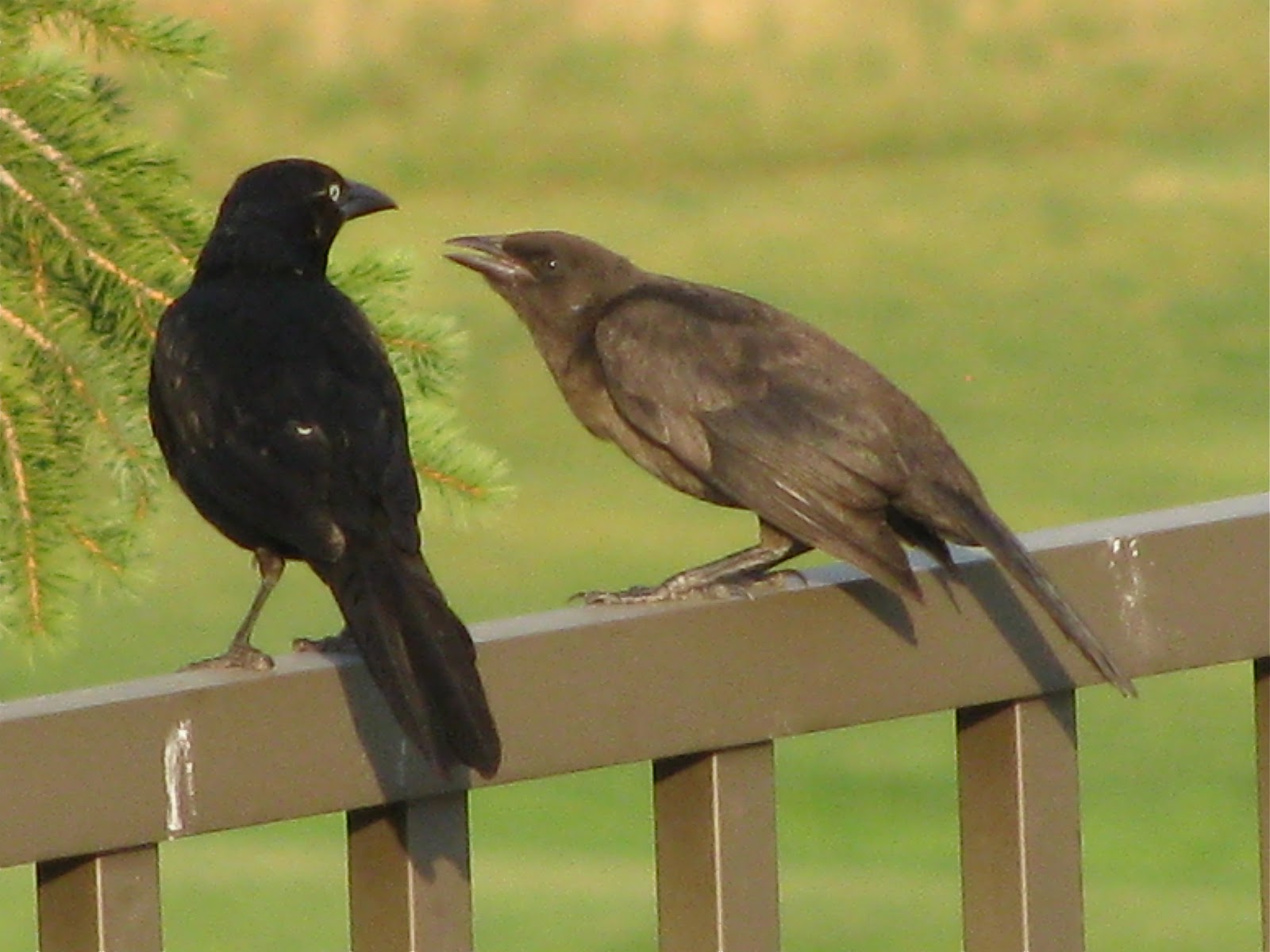 These grackles crack me up!
It looks like the one on the right, either a female or a juvenile, is telling the other one off!
My grandmother in Smith's Cove, Nova Scotia used to have lots of grackles in her yard.
They'd get in the cherry trees after the top cherries had fermented in the sun.
Then there would be all sorts of noisy squabbling going on!

Every day I walk with my camera in the hopes of catching a bird.
They may be tricksy, but sometimes I get lucky!